Many of us have been on relaxing and comfortable trips abroad, with our flights, hotels and food already conveniently arranged for us. But you’re only ever going to feel the real spirit of adventure if you head of somewhere with nothing but a rucksack on your back. That’s the only way to really get to know a foreign land, as well as get to know you’re own inner strengths and resourcefulness and truly feel that you are part of the wonderful world we live in.

To encourage you to seize the opportunity, we picked out some of the most incredible footpaths you can take into the wild in various countries of the world.

The Stairway to Heaven, Hawaii 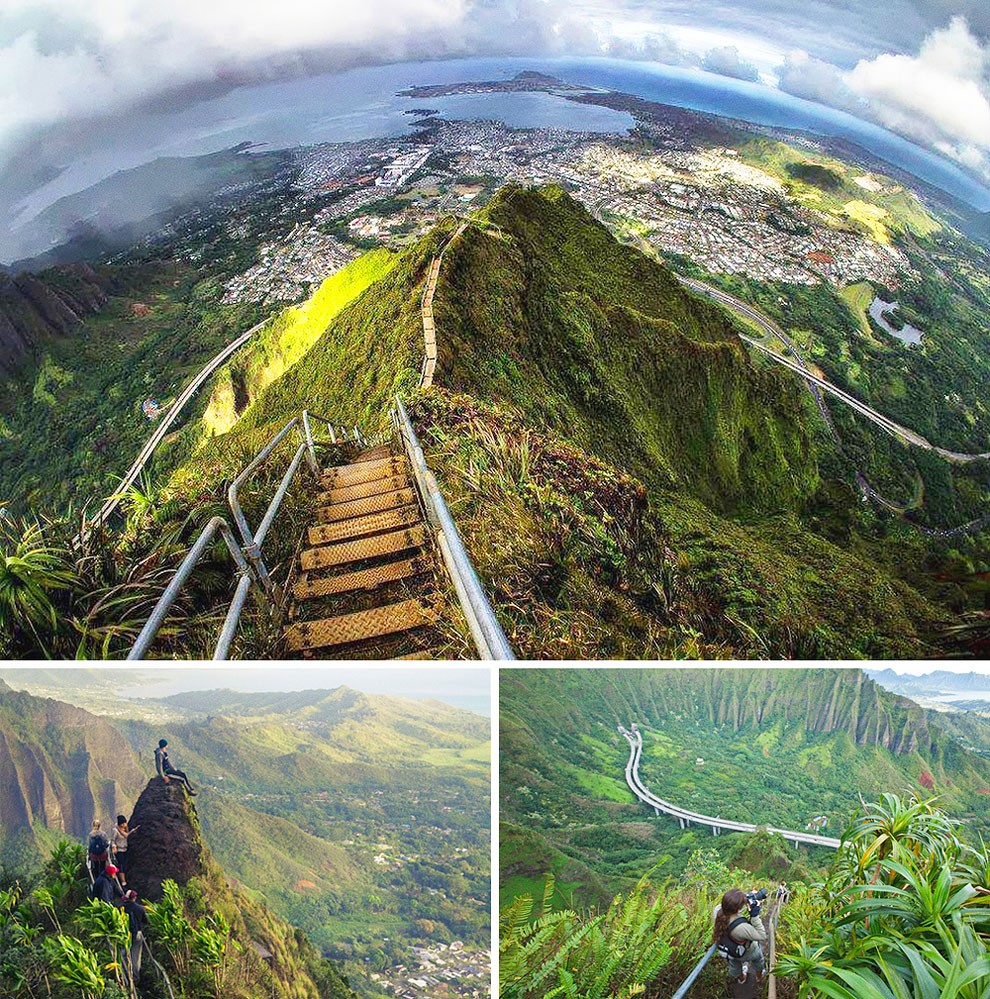 The Haiku Stairs, also known as the Stairway to Heaven, is a dangerous path made up of 4,000 steps running through the mountains of Oʻahu island in Hawaii. It was made by American soldiers during the Second World War to help them reach the various pieces of radar equipment they had placed on the mountain tops. From time to time, the local authorities close the dangerous path to the public, thought this hasn’t deterred various intrepid hikers. Just remember, if you go there, don’t look down! 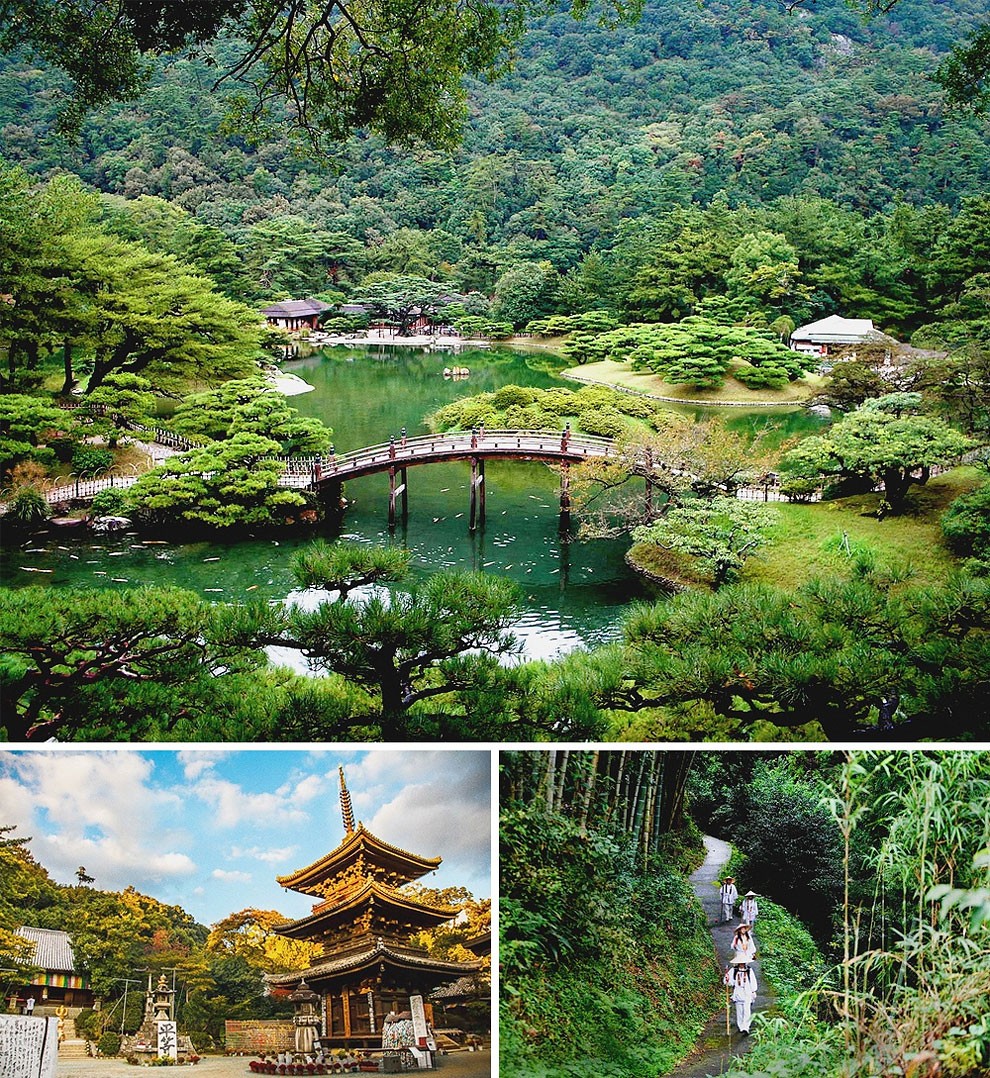 On the island of Shikoku, the charm of ancient Japan has been perfectly preserved. This is why not only Buddhist pilgrims but also thousands of tourists hike along the ancient route that runs through the whole island. It can take two months to go from one end to the other, and during that time you can see 88 ancient Buddhist temples along with their beautiful Japanese gardens. 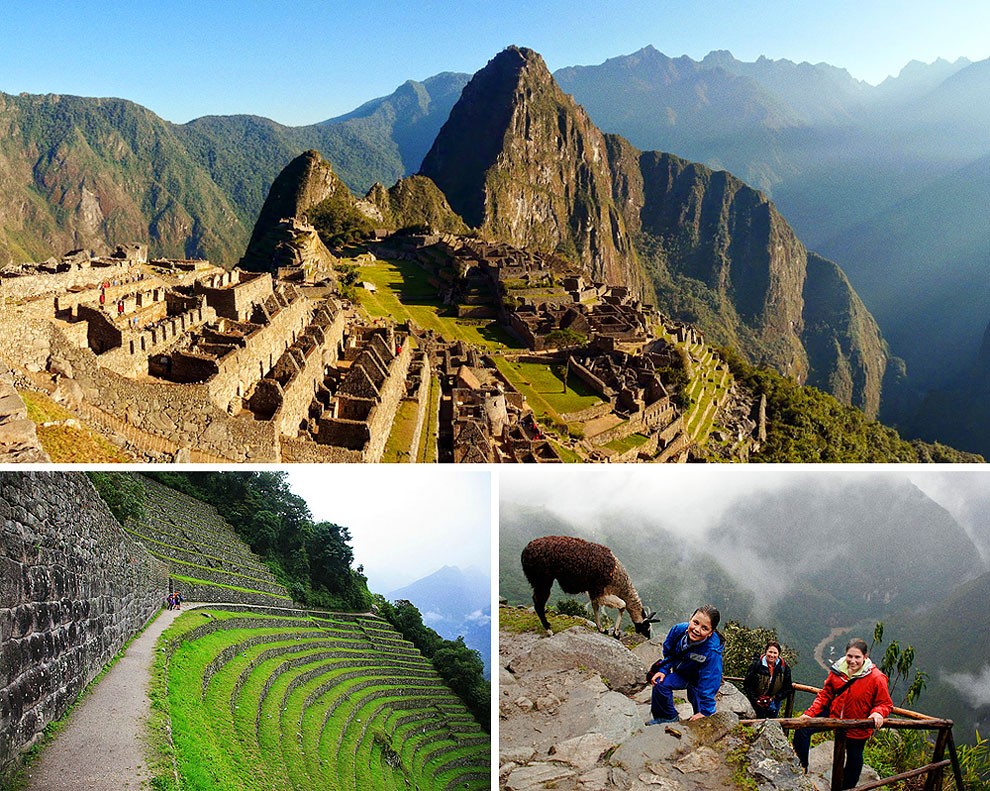 This ancient road was built by the Inca civilisation which survived for almost six centuries. Today, local tour guides lead troops of tourists along it. At certain points, the trail burrows into the jungle; at others, it climbs up mountainsides, and at the end there’s a real wonder — the ’city in the heavens’, Machu Picchu. 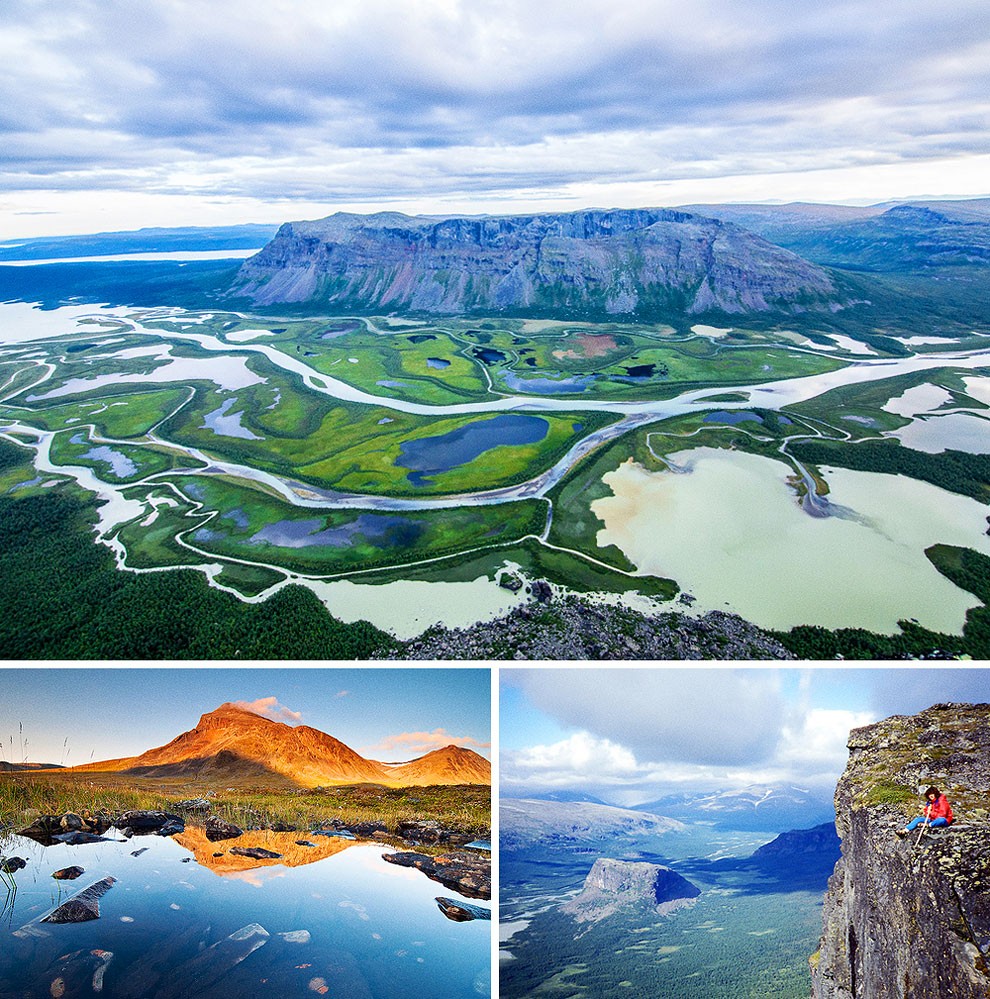 All fairytales are fantasy, but this national park, which is located in Lapland, is home to some utterly incredible views, as well as some exquisite North European wildlife. Here you can find the highest mountains in Sweden, as well as rivers and glaciers, and see the Northern Lights. You’re also guaranteed to experience a near-incomparable sense of freedom at the beauty all around you. 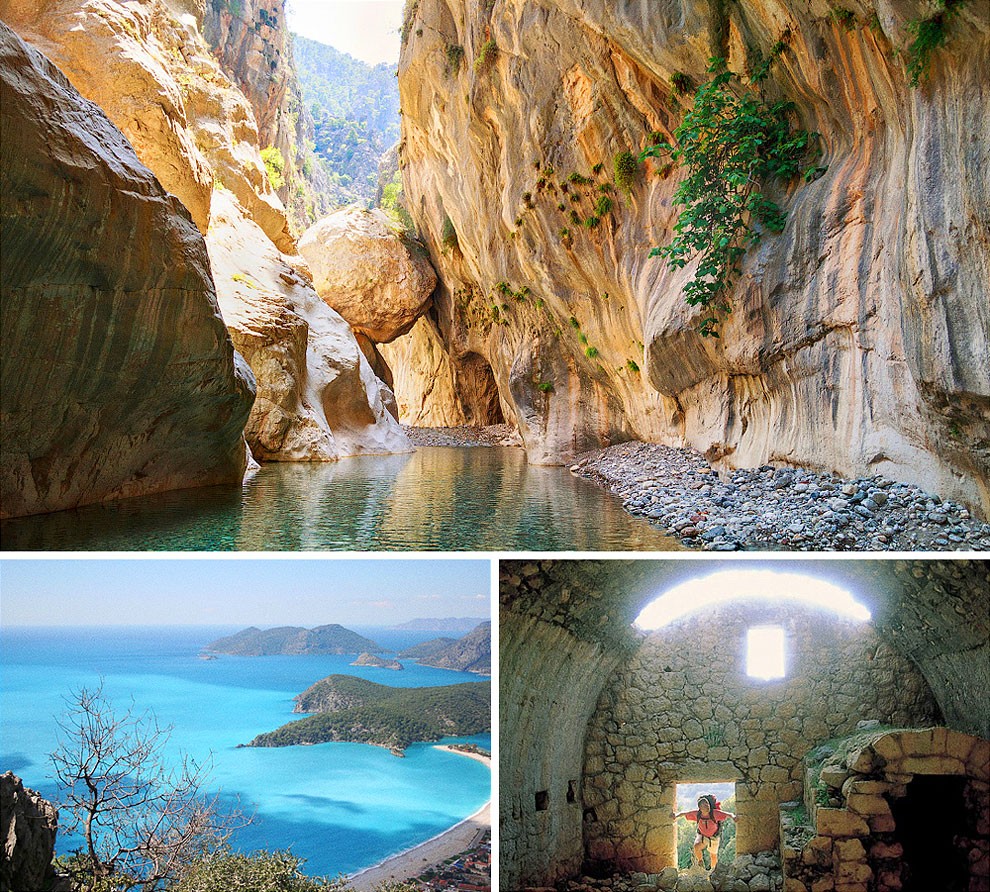 Great package holidays are not the only thing that Turkey has to offer. The Lycian Way reveals the true wonder of this country — from its deserted azure coves to its ancient rocky tombs left behind by the inhabitants of ancient Lycia more than 3,000 years ago. 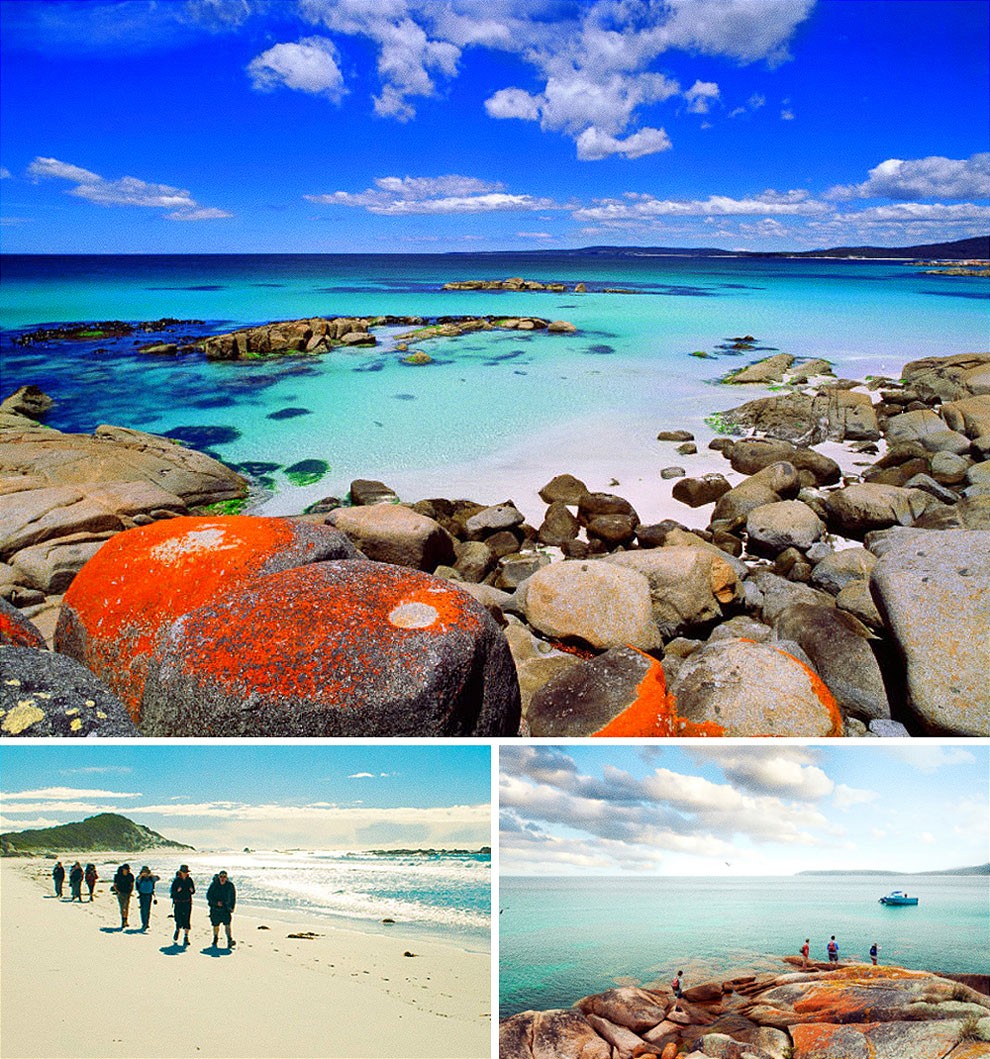 The Bay of Fires got its name from the unusual colours of the cliffs along the shore, which are covered by bright orange lichen. There’s a four-day route which takes you along the bay with its unbelievably beautiful views which you won’t see anywhere else in the world — white sand, orange cliffs and azure sea. 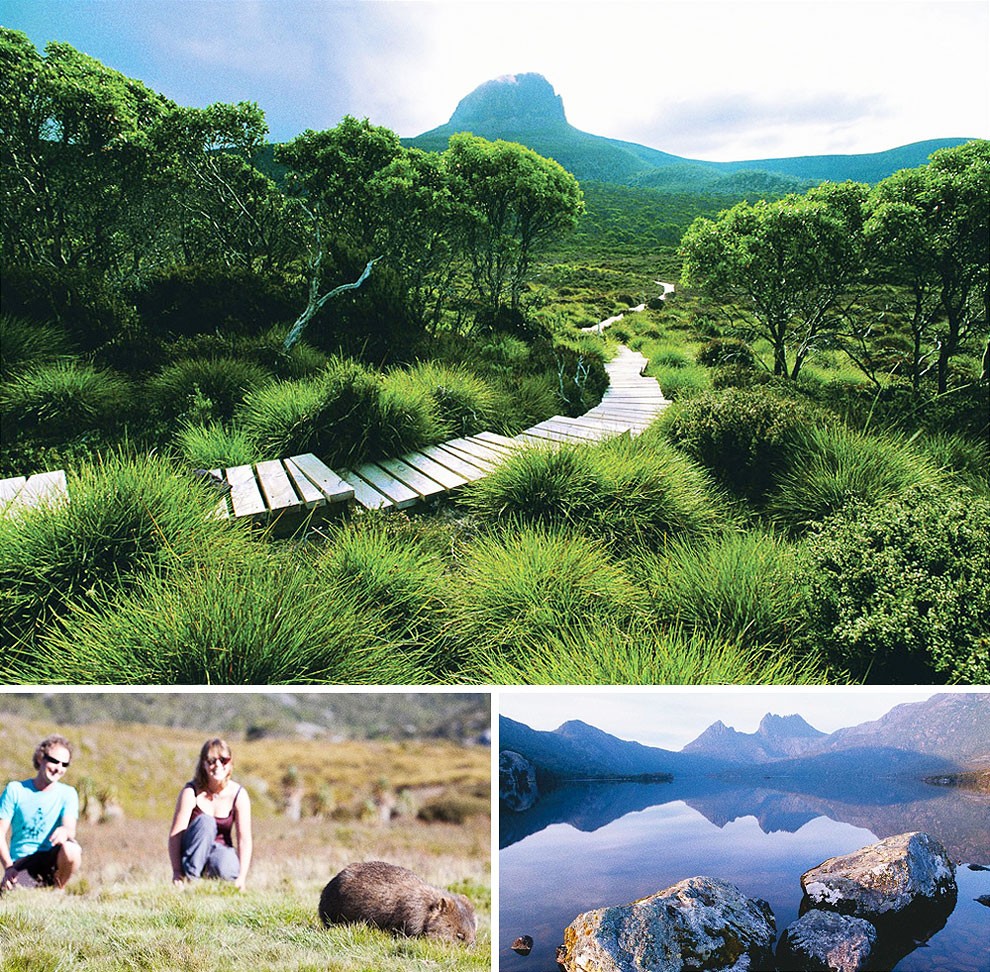 This well-known Australian route runs through the most beautiful places in Tasmania, alongside high mountain peaks, crystal-clear lakes, waterfalls and bright fields of heather. You’ll also see wombats, snakes, kangaroos and other astounding wildlife along the way. 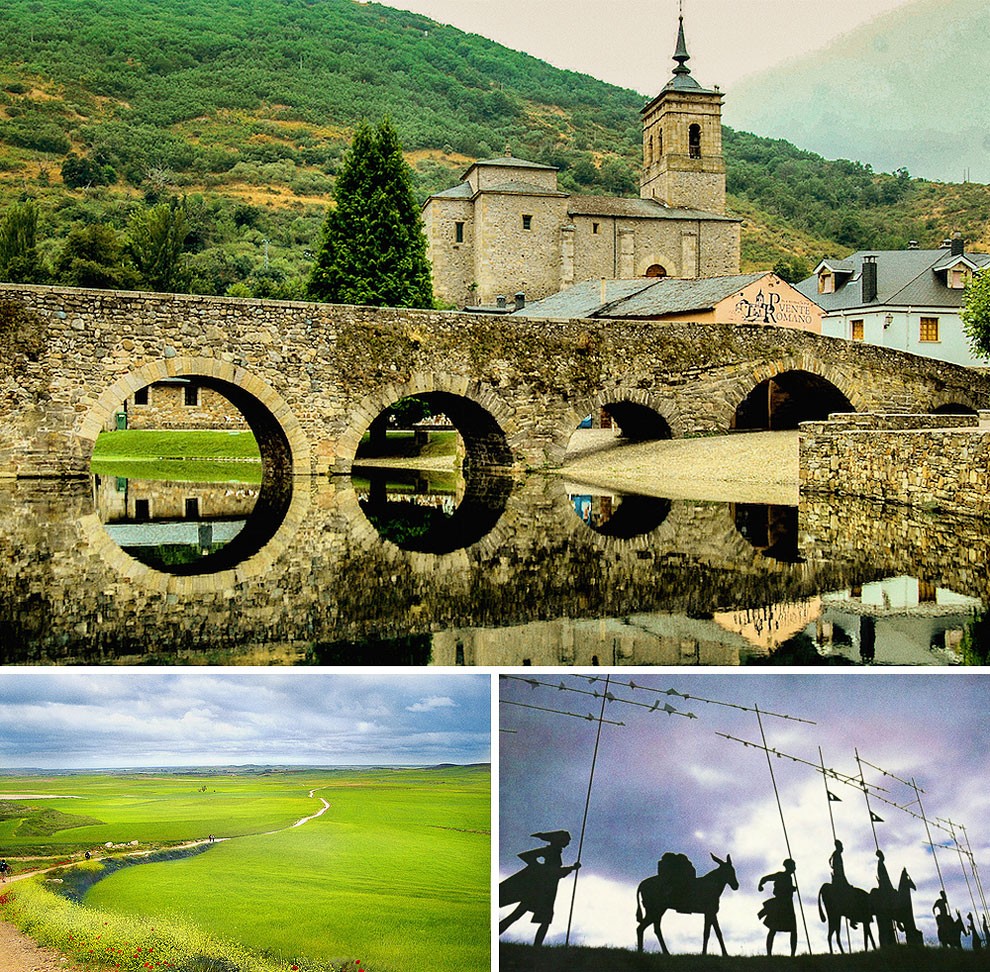 Pilgrims walked this route in the Middle Ages in order to pray at the grave of the apostle St. James the Great. Nowadays, the route is again popular, not only amongst religious pilgrims but also many of those who are seeking self-discovery and deeper understanding. Many of those who complete the route get a tattoo in the shape of a sea shell, which is considered to be the symbol of St. James’ Path. 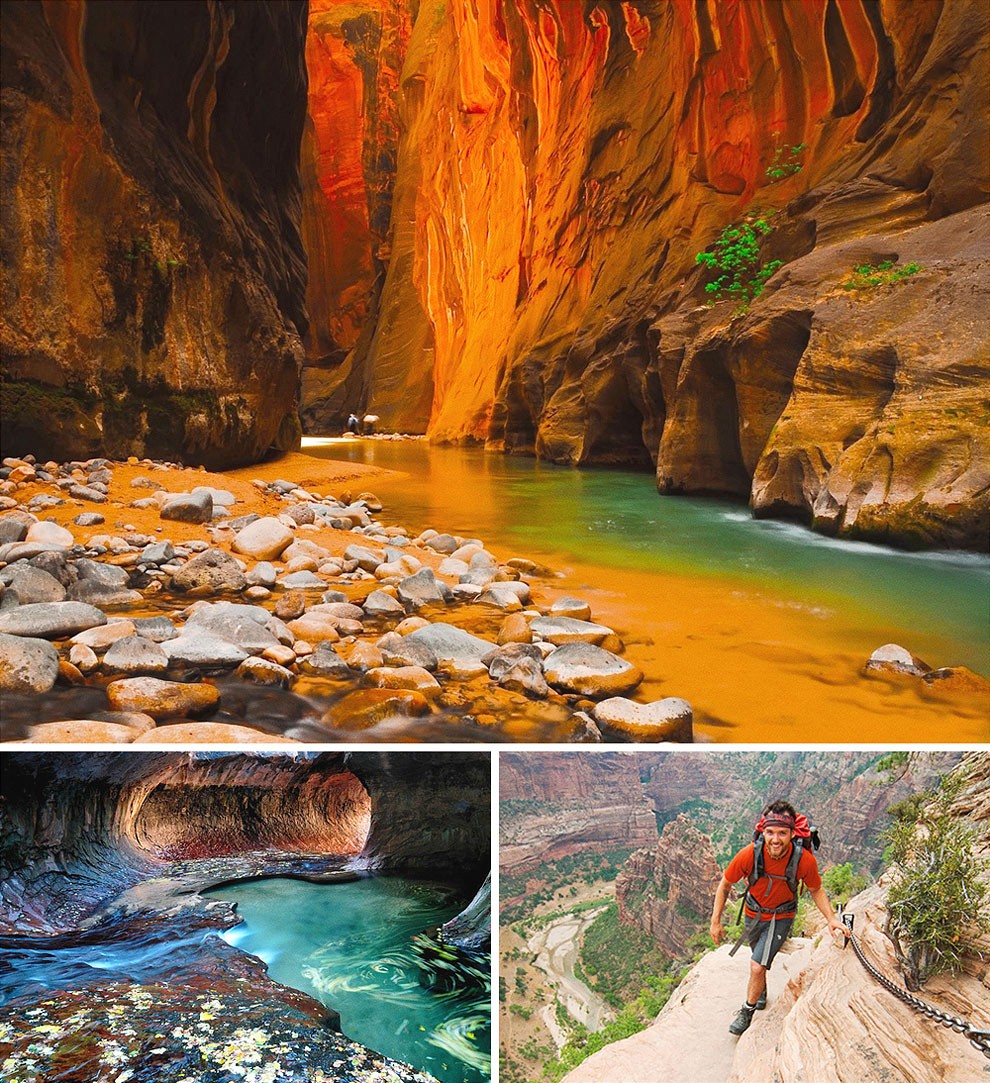 Zion is a huge concentration of cliffs and rocky plateaus, sliced through with deep canyons and captivating tunnels. And all of these natural miracles are painted in the most varied colours: pink, orange, red, emerald, sky blue. The landscape here is so fantastical that sometimes you can hardly believe you’re still on planet Earth. 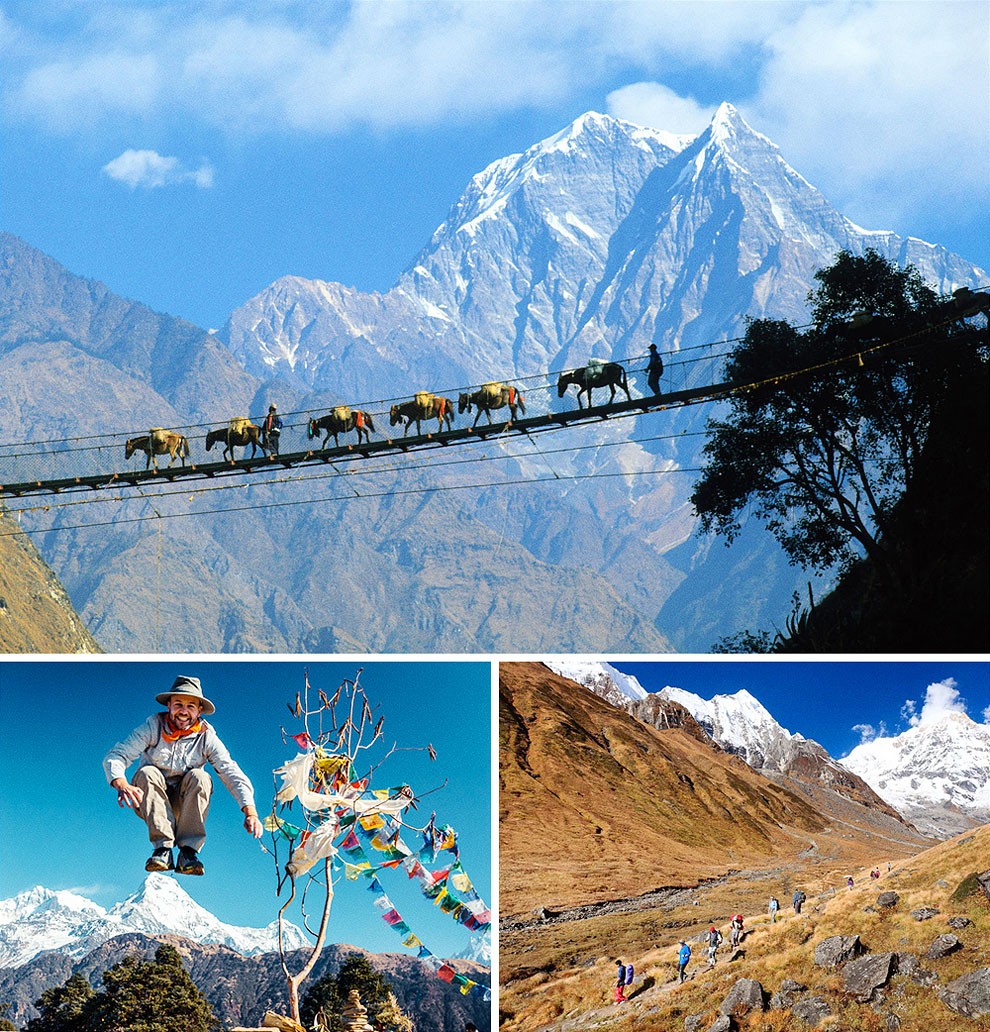 No one who’s ever completed the circuit around the Annapurna mountain range has ever returned home the same person. Nepal is home to some of the most majestic, breathtaking mountains on the planet, as well as the deepest gorges. Exquisite Buddhist temples are also scattered throughout this awe-inspiring landscape.

He Lives In A Tree, Doesn't Wear Shoes, And Brushes His Teeth With A Pinecone
Guardian Readers' Travel Photography Competition: June 2016
Vietjet Uses Its Provocative “Bikini Girls” To Buck International Trends To Get Attention In Vietnam
The Pantone Cafe Serves The Colorful Meal Of Your Dreams
"The Unruliness of Leisure": Photographs of European Summers from 1979-1984
Magical Cityscapes And Travel Landscapes By Dotz Soh
50 Of The World's Best Breakfasts
Rare Photos of Angola's Tribal People
Stewardess Skill Training In China
Inspiring Examples Of Logo Animations Created By The Design Duo
The Tiny Island Housing London's Last 'Coronavirus-Free' Community
Beautiful New Zealand: Earth’s Mythical Islands
Photos Of Tokyo In The 1970s Seen Through The Eyes Of A Canadian Who Moved There At The Time
There Has Been A Dead Cockroach In The Anthropology Building's Stairwell For At Least Two Weeks. Some Enterprising Person Has Now Made Her A Little Shrine.
Photographer Fell In Love With Iceland And Moved There To Capture Its Captivating Nature
2016 Washington Post Travel Photo Contest
Artist Created These Illustrations To Show How An Avid Indoorsman Sees The Great Outdoors
Cool Snaps Capture People Posing With Signs In The Past
Lad Drops Everything To Travel The World, Assures Mother He's Safe With 'Mom, I'm Fine' Sign
Street Scenes of the U.S. From the 1960s Through 30 Wonderful Color Real Photo Postcards
Guardian Readers' Travel Photography Competition: March 2017
Some Entries For 2016 National Geographic Travel Photographer Of The Year Contest
Shark Island in Central Indonesia
Stuning Entries For The 2018 Nat Geo Travel Photographer Of The Year Contest
along, inspiring, least, routes, travel