Some of the most powerful narratives of the past decade have been produced by a forward-thinking generation of women photojournalists as different as the places and the subjects they have covered. National Geographic’s “Women of Vision” exhibit features the work of 11 photographers and is on display at the Fernbank Museum of Natural History in Atlanta until January 3, 2016. 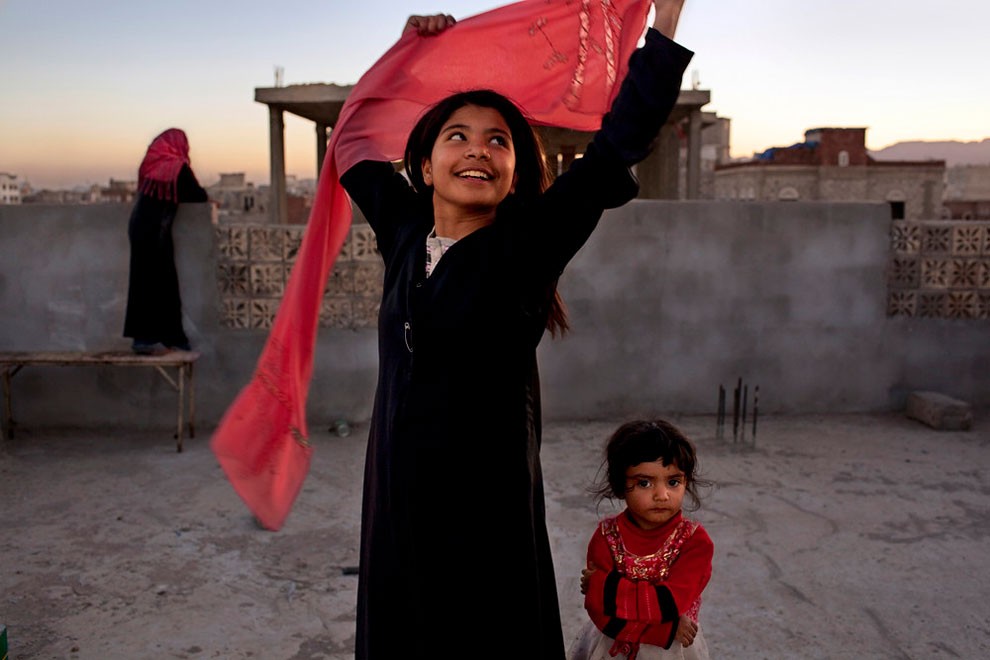 Nujood Ali stunned the world in 2008 by obtaining a divorce at age 10 in Yemen, striking a blow against forced marriage. (Photo by Stephanie Sinclair/National Geographic) 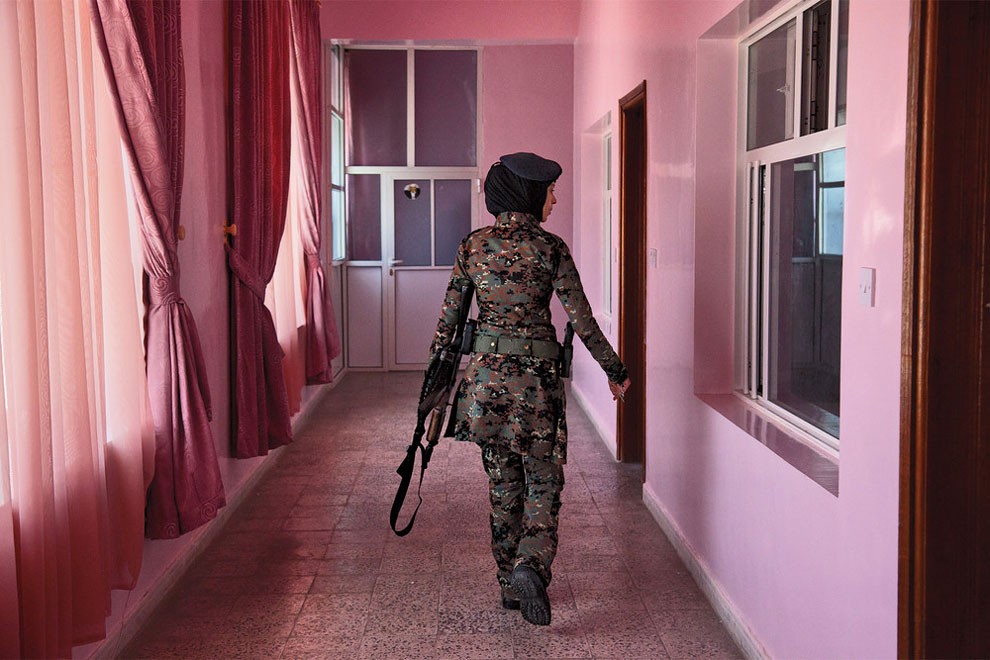 A lieutenant in an elite female counterterrorism unit patrols the women’s barracks in Yemen, 2012. (Photo by Stephanie Sinclair/National Geographic) 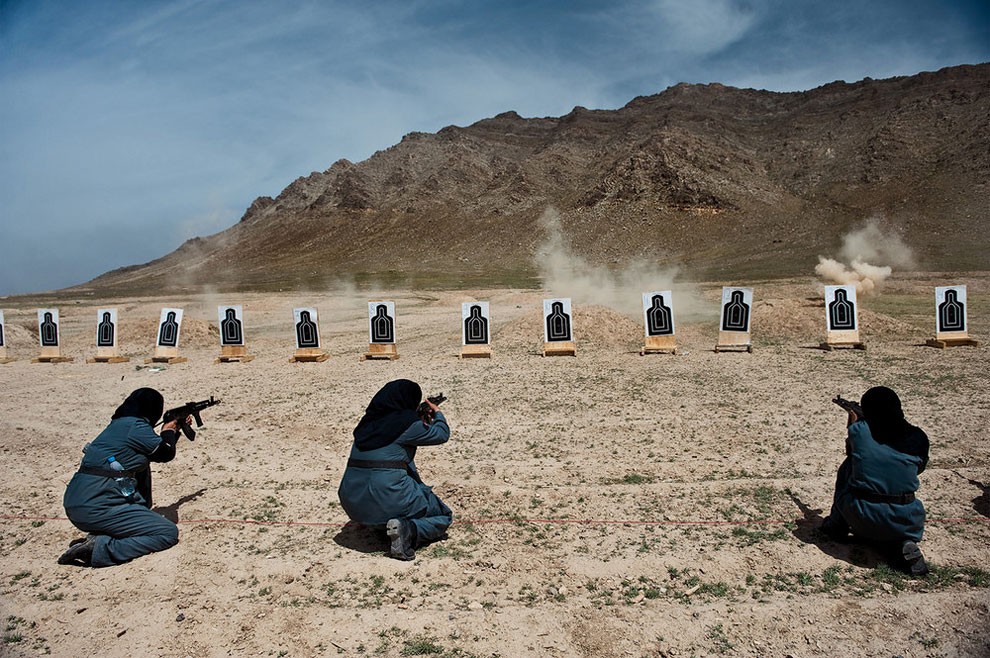 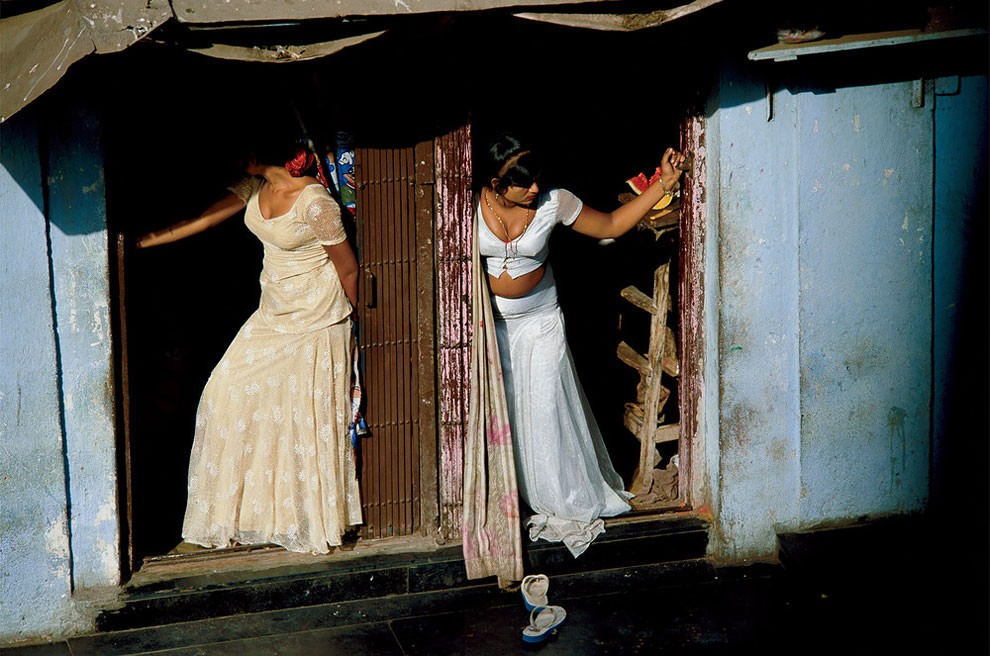 Prostitutes, who are known as cage girls and are often s*x slaves, display themselves on a Mumbai street, 2002. (Photo by Jodi Cobb/National Geographic) 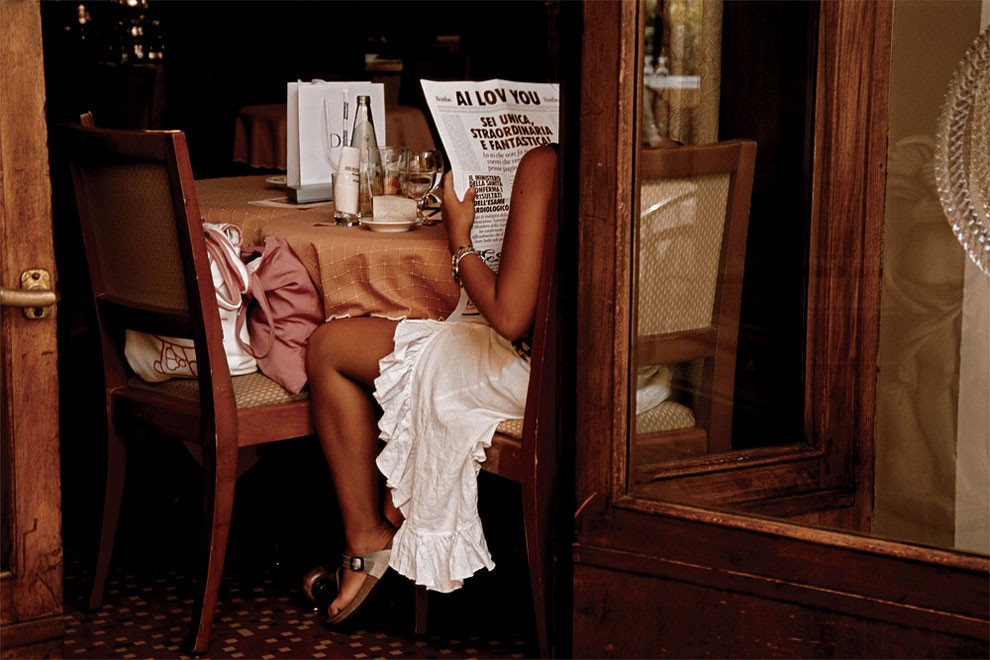 A woman in Florence, Italy, savors the message on a large greeting card, 2003. (Photo by Jodi Cobb/National Geographic) 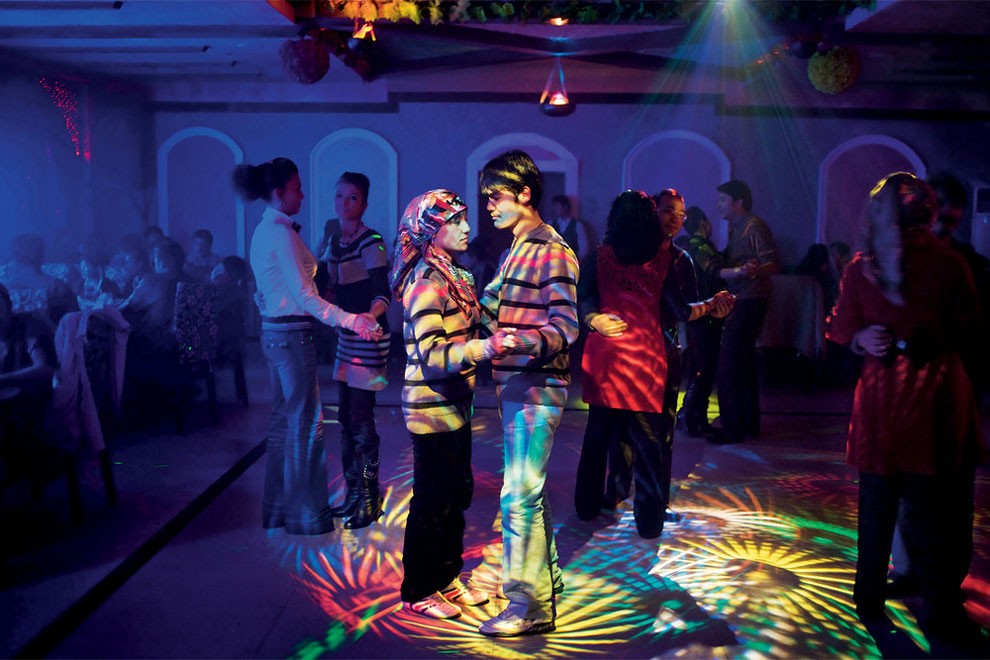 Uighurs socialize at their own nightclubs, in 2009, in Hotan, a Uighur town with a rising Han Chinese population. (Photo by Carolyn Drake/National Geographic) 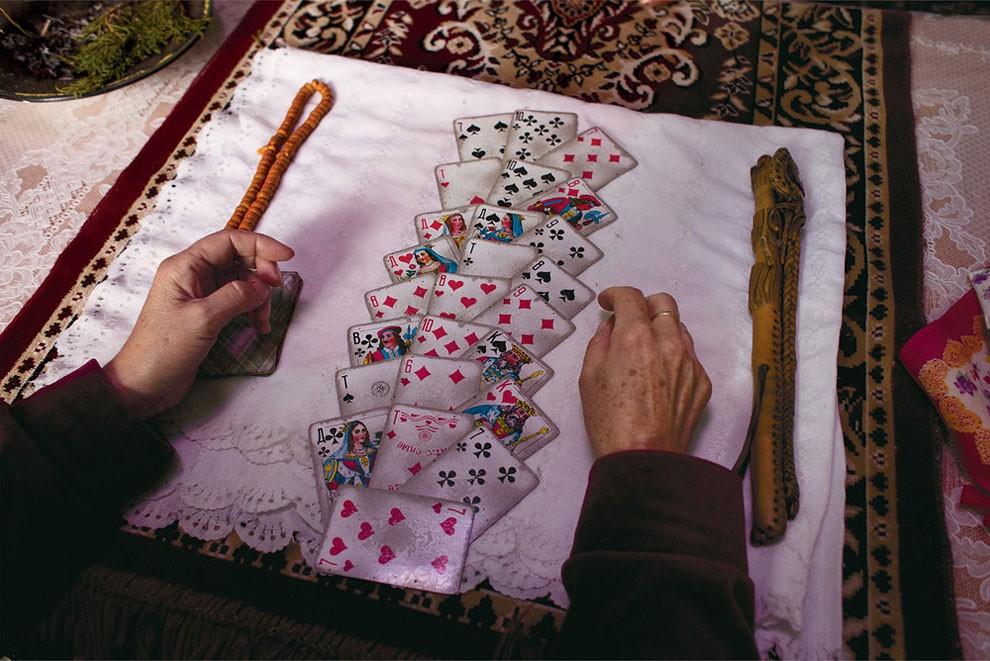 To guide their decision-making, the Kyrgyz often seek out shamans to read their fortune with cards in Mongolia, 2010. (Photo by Carolyn Drake/National Geographic) 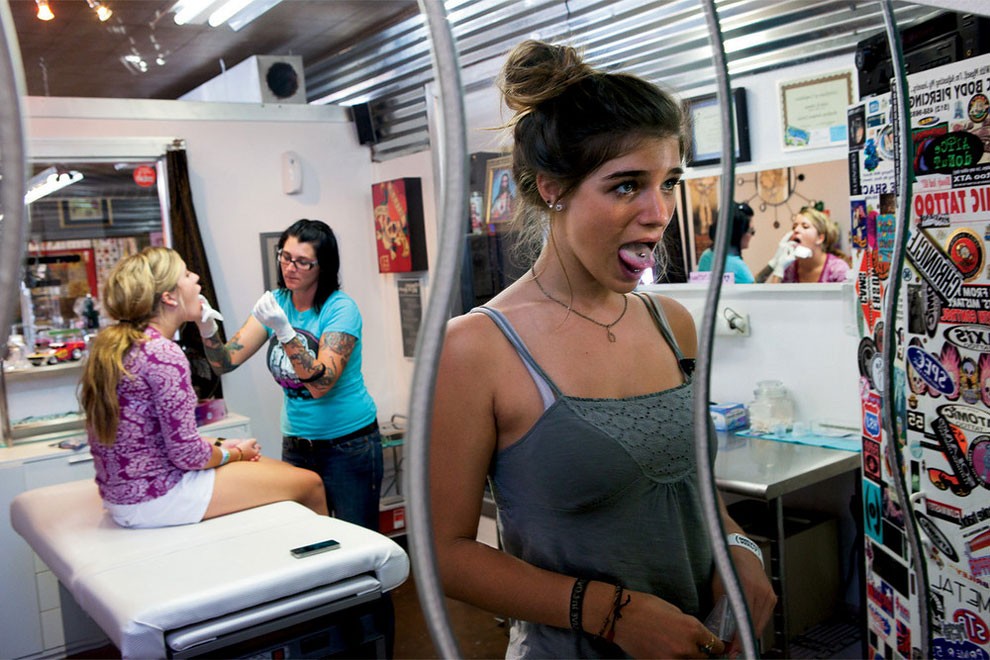 Getting her tongue pierced was “exciting and scary” says a teen who succumbed to pressure from her best friend, in Austin, Texas, 2010. (Photo by Kitra Cahana/National Geographic) 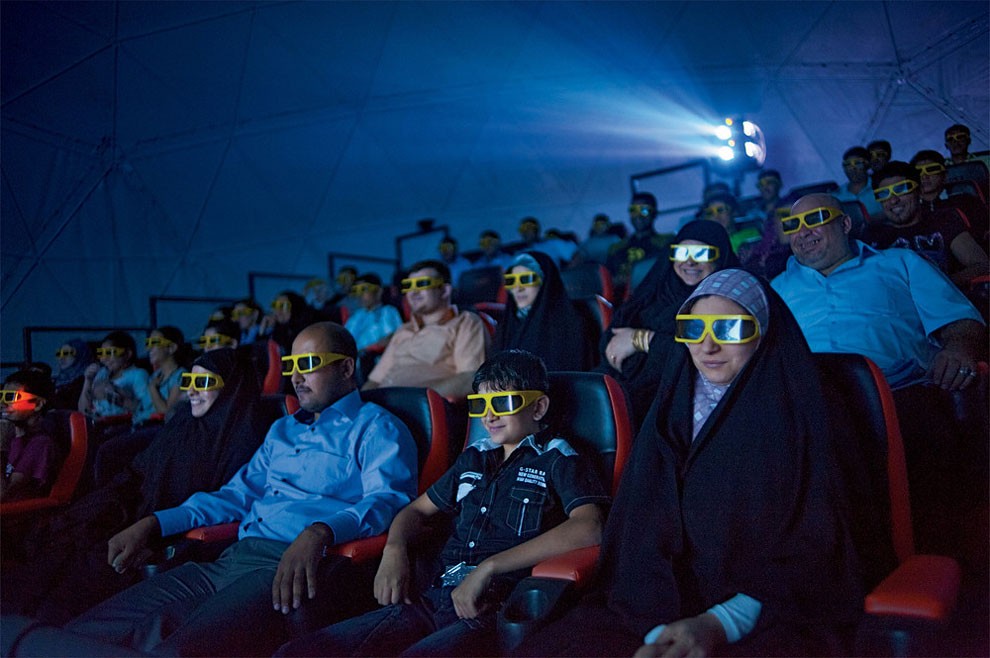 Shaking seats and wind machines thrill moviegoers during a 3-D film at a theater closed during the war in Baghdad, 2010. (Photo by Lynsey Addario/National Geographic) 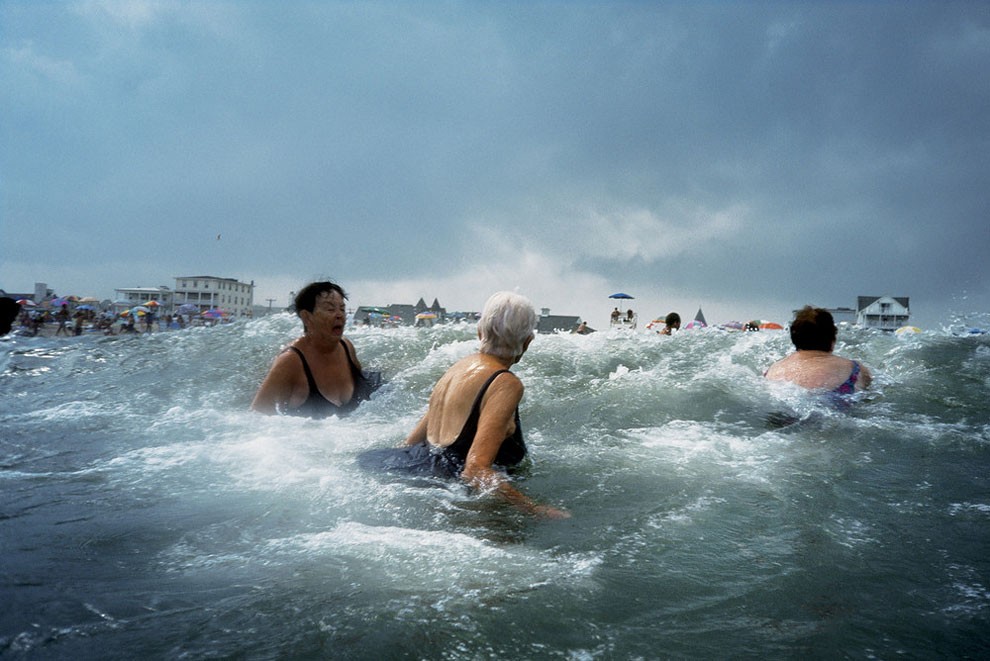 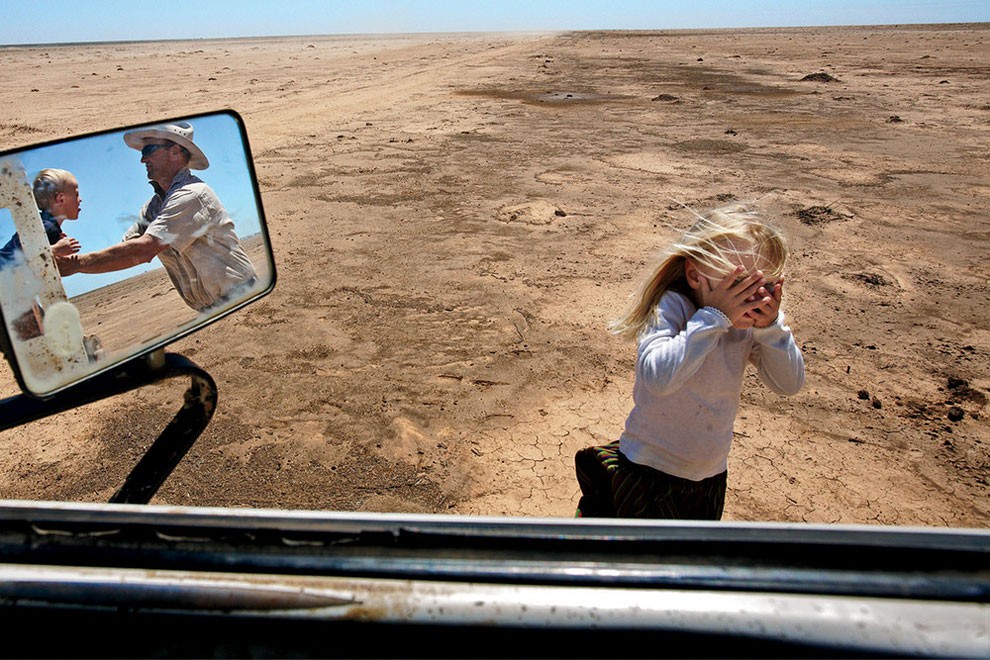 A farmer and his children play in a water-starved area where his livestock once grazed in Australia, 2008. (Photo by Amy Toensing/National Geographic) 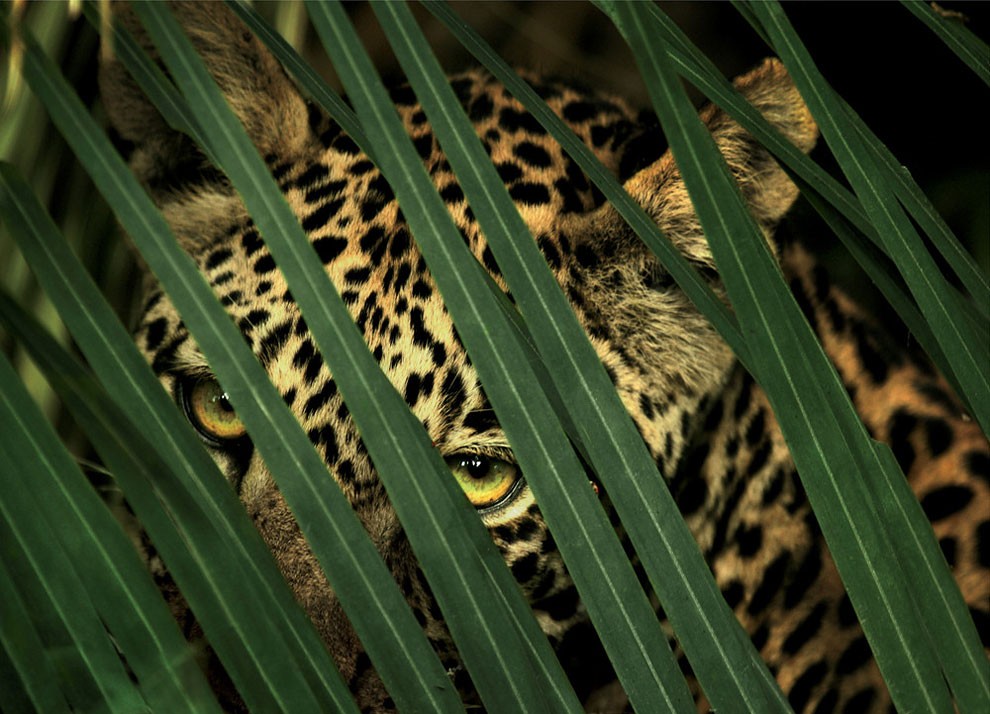 A leopard’s spotted coat provides camouflage in the dense forest in the Okavango Delta, Botswana, circa 2004-2005. (Photo by Beverly Joubert/National Geographic) 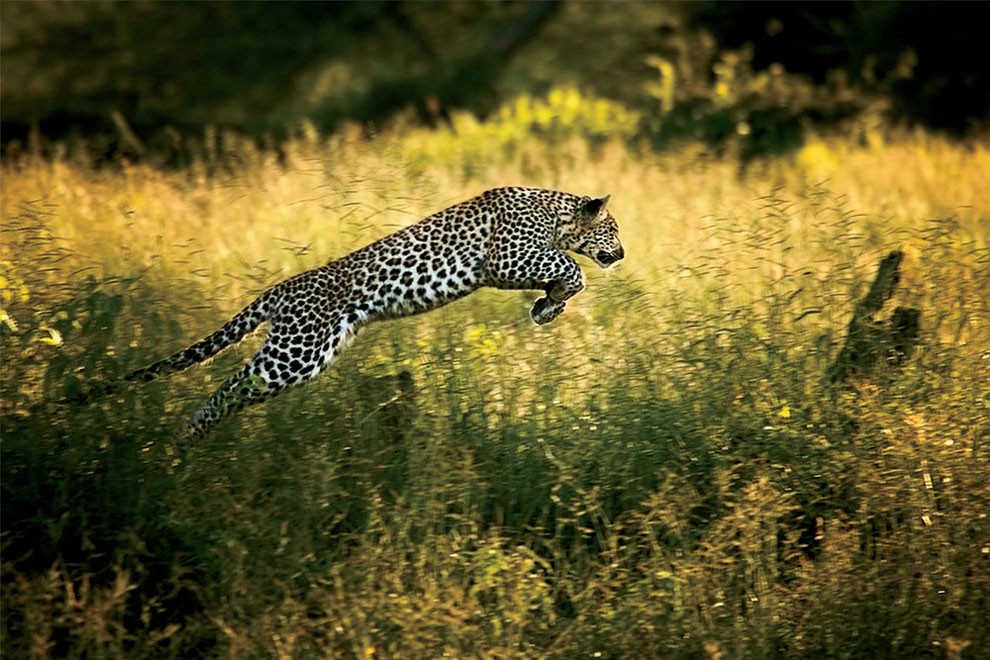 In a hunting game with her mother, a young leopard leaps through tall grass on the Okavango Delta Chiefs Islands, Botswana, 2004. (Photo by Beverly Joubert/National Geographic) 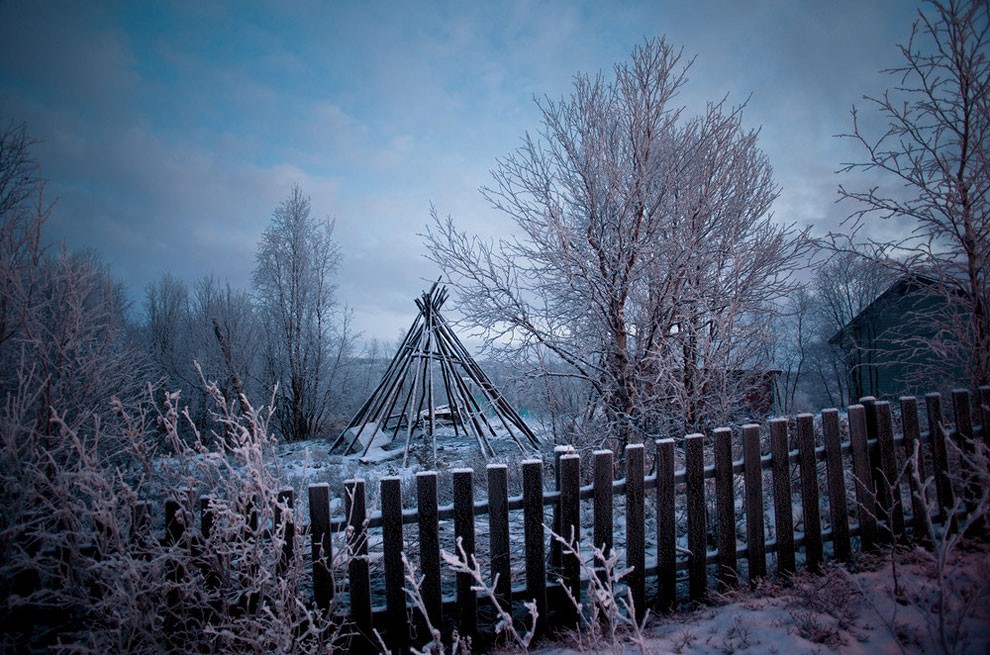 Teepee-style structures are common in Sami villages in Norway, where they are often used to smoke reindeer meat, in 2011. (Photo by Erika Larsen/National Geographic) 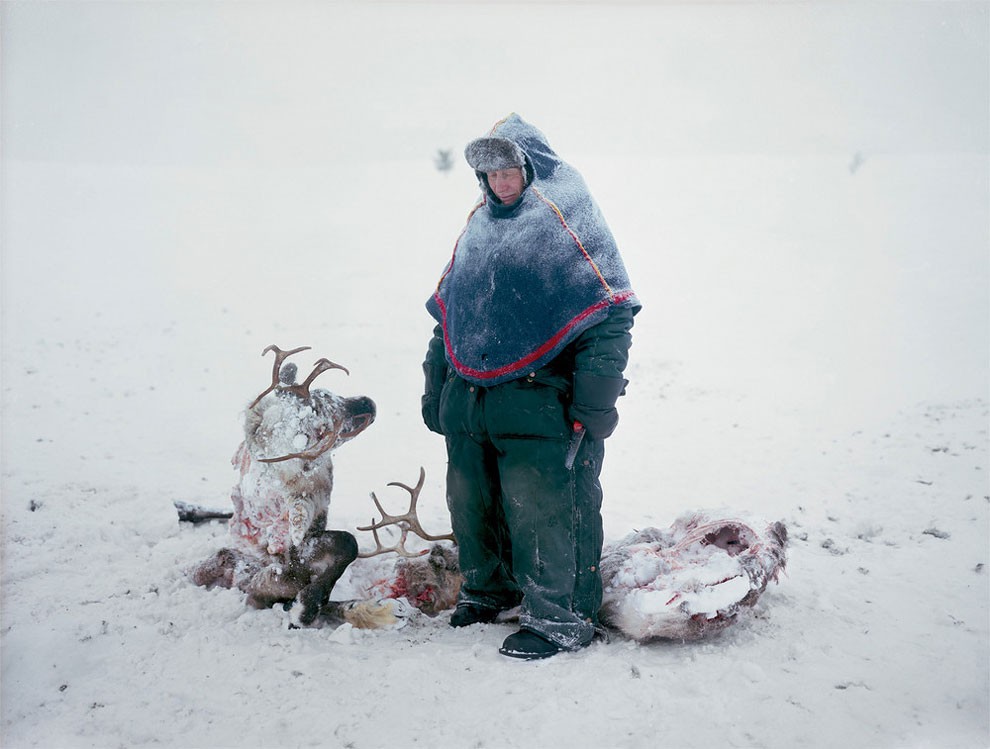 A Sami in Sweden mourns the loss of two reindeer that starved after locking horns in a fight for dominance, 2011. (Photo by Erika Larsen/National Geographic)

Children With Down Syndrome Recreate Famous Paintings To Prove That Everyone Is A Work Of Art
Stunning Aerial Photos of Winter in New York City
Couple Hilariously Recreates Newborn Photo Shoot with Their Puppy
Pictures of Fascinating Jacuzzi Hot Tubs From the 1970s and 1980s
Filippa K by BVD
This Artist Creates An Abstract Illusion Using Only Black And White Bodypainting
Beautiful Redhead Female Portraits by Maja Topčagić
Sisters Of The Valley: Fascinating Portraits Of Nuns Who Grow Marijuana
The Sundance Film Festival: 11 Days at the Center of the Indie World
Spectacular Winning Photographs from The World in Macro Contest 2020
Then-and-Now Photos of Abandoned Detroit School
Female Artists Are Being Completely Removed From Their Own Album Covers In Iran
Preservation: Photographer Blake Little Creates Conceptual Series Of Human Bodies Totally Covered With Honey
50 Times People Took A Photograph And Realized It’s “Accidental Renaissance”
Wildlife Photographer Of The Year 2017 Finalists
Photographer Creates Miniature Landmarks On His Dining Table Using Household Items
This Russian Woman Travels The World In Flowy Dresses To Take Self-Portraits In The Most Beautiful Places
Babies Recreate Famous Books
Photographer Ask Strangers To Reveal Their Deepest Regrets In Life
20 Punk Bands Of The 1980s You've Never Heard Of
Beautiful Adventure Photography By Eric Bunting
Awesome Photos of Stephen King Posing With His Beloved Cats From the 1980s
Rihanna Says Goodbye to Golden Tresses, Back to Black Locks and Cropped Side
Photographer Uses Her Dad’s Old Slides To Create A Nostalgic Photo Series
female, generation, geographic, national, vision, women