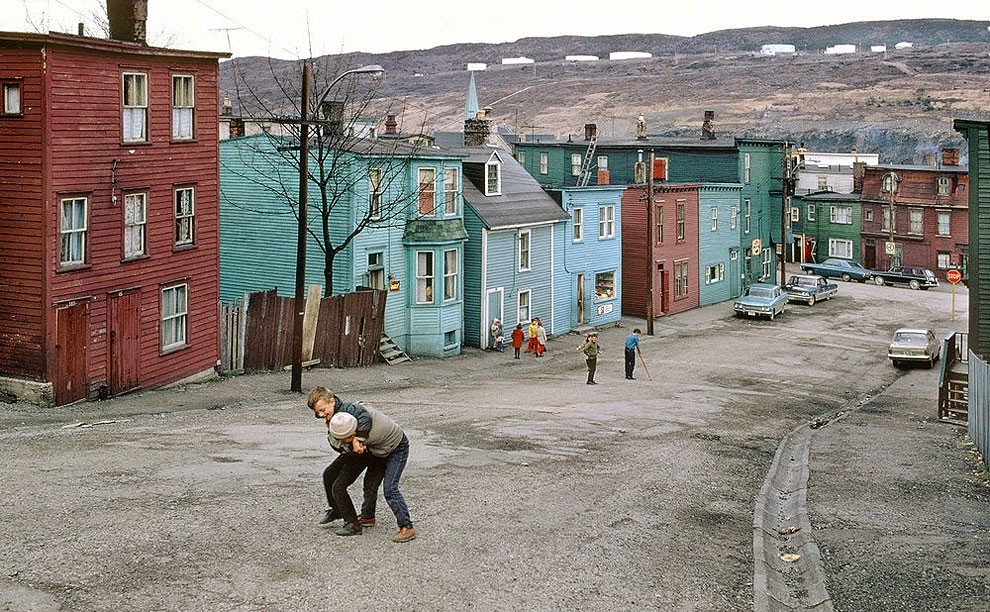 Fred Herzog was born in Germany in 1930. Immigrating to Canada in 1952, he took odd jobs wherever he could find them. He rented a place at a rooming house, which is where he met Ferro Shelley Marincowitz, a South African who also happened to be a medical photographer. Herzog had an interest in photography; his camera was one of the few items he brought with him from Germany. Marincowitz encouraged that interest and soon they found a basement suite where they built a darkroom for both of them to share. 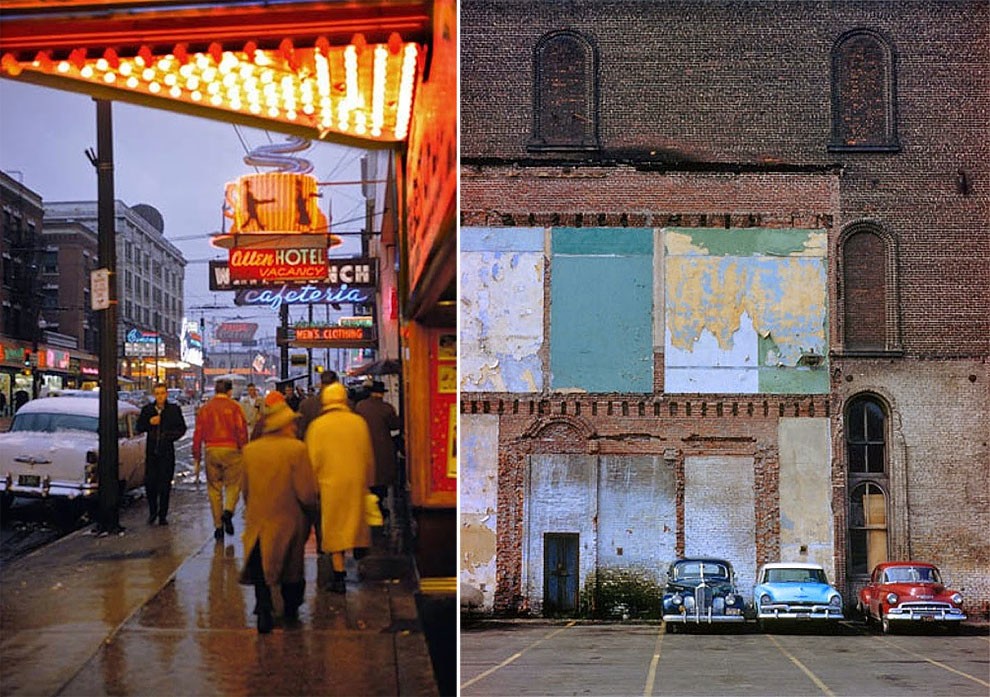 Over the next several years, Herzog read about technique, studied other photographers, and spent every spare moment shooting. His friendship with Marincowitz eventually led to getting a job as a medical photographer himself, first at St. Paul’s Hospital, and four years later at the University of British Columbia. Herzog was obsessed with the energy of the city. He was drawn to the neon signs, the colorful cars, the food markets, and billboards. He wanted to capture life as it was, to document the “American dream”. He wasn’t interested in commenting on social policy or expressing an opinion one way or another, just showing reality. This was one of the reasons he used color film. It was the way he saw the city and the way he wanted others to see it. 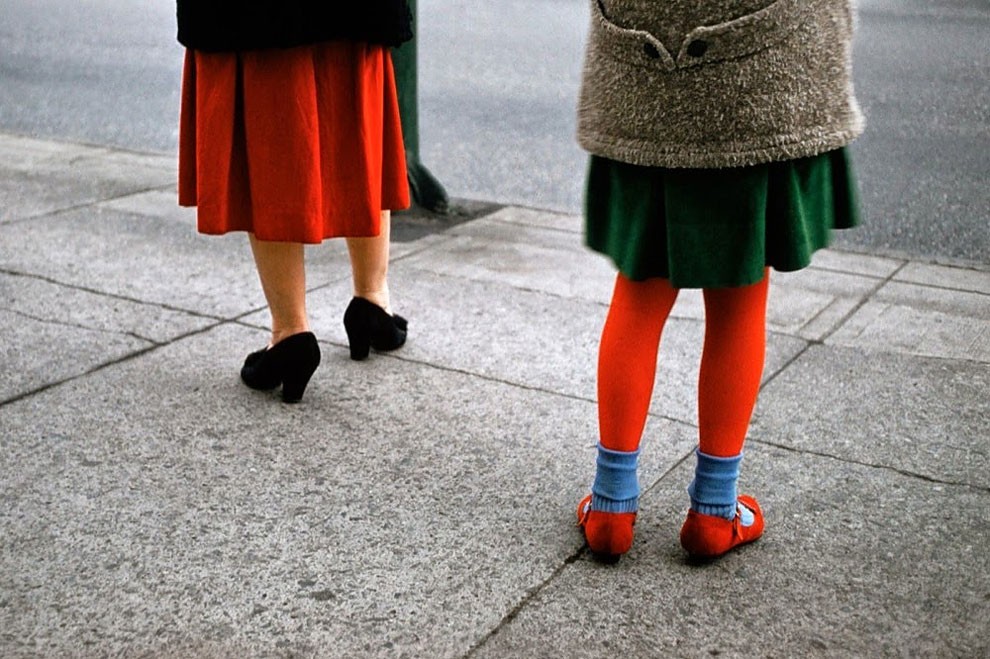 Herzog has spent decades with his camera in his hand, walking not only the streets of Vancouver, but also San Francisco, Montreal, Seattle, and other major cities. It has only been in the last several years, however, that his work has been recognized by galleries and art critics around the world. 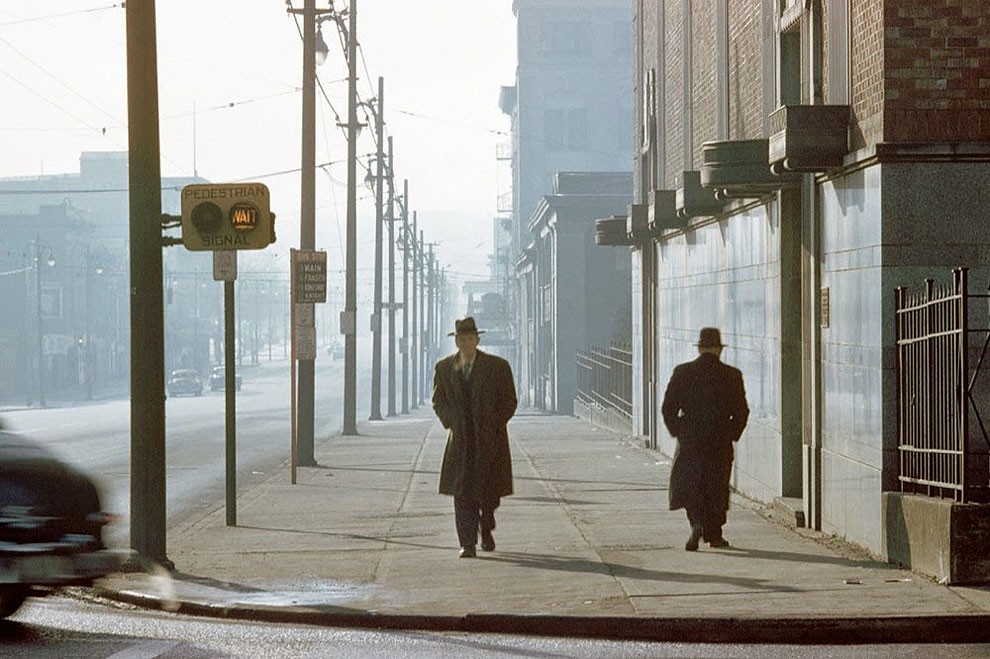 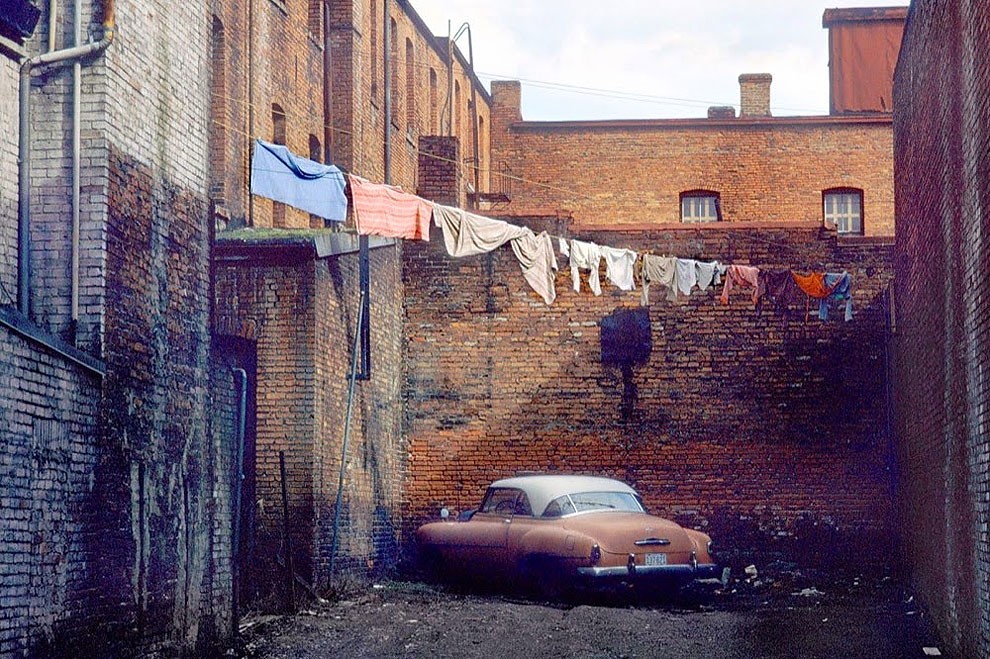 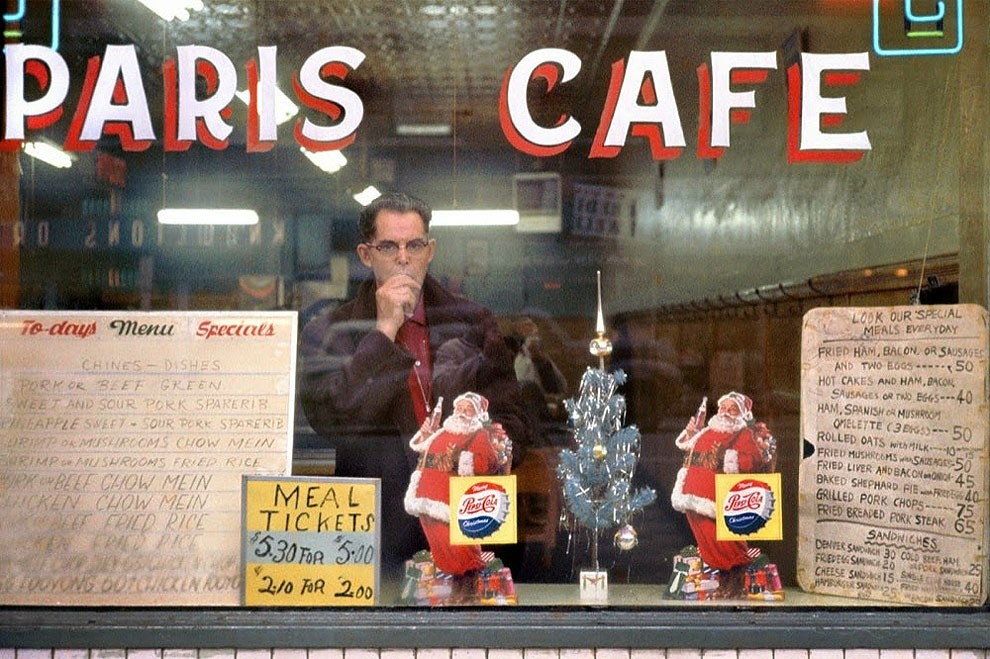 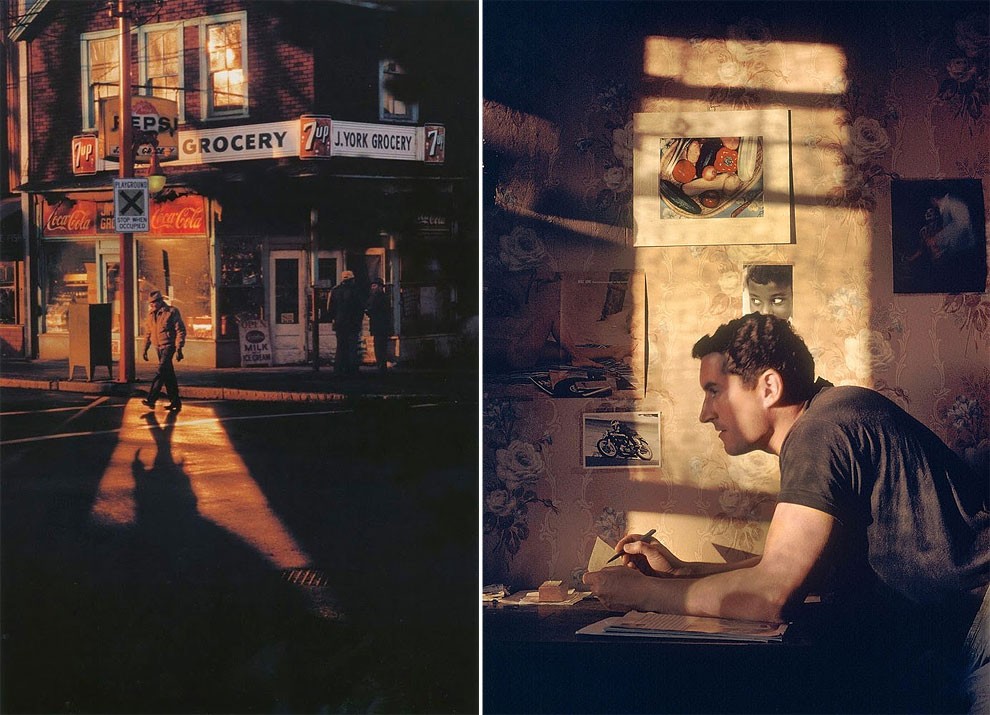 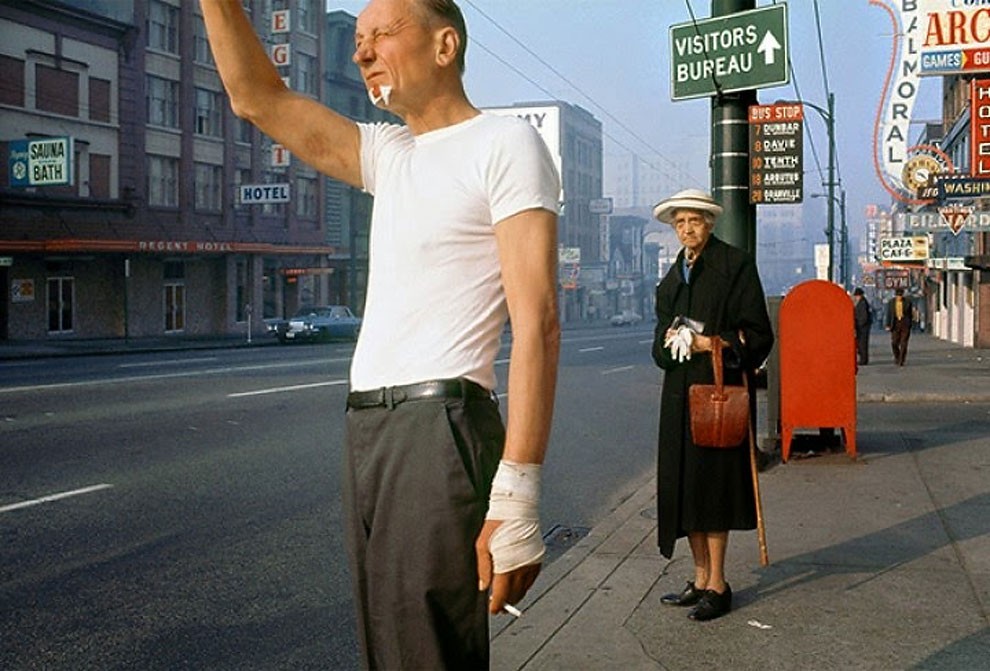 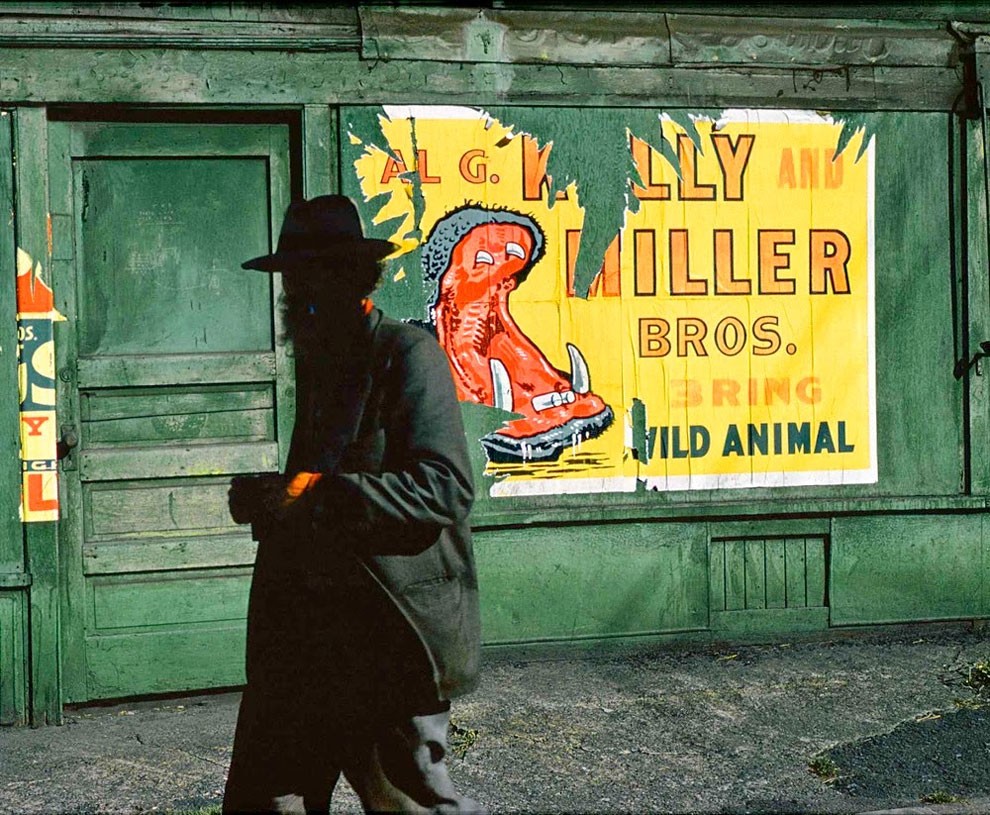 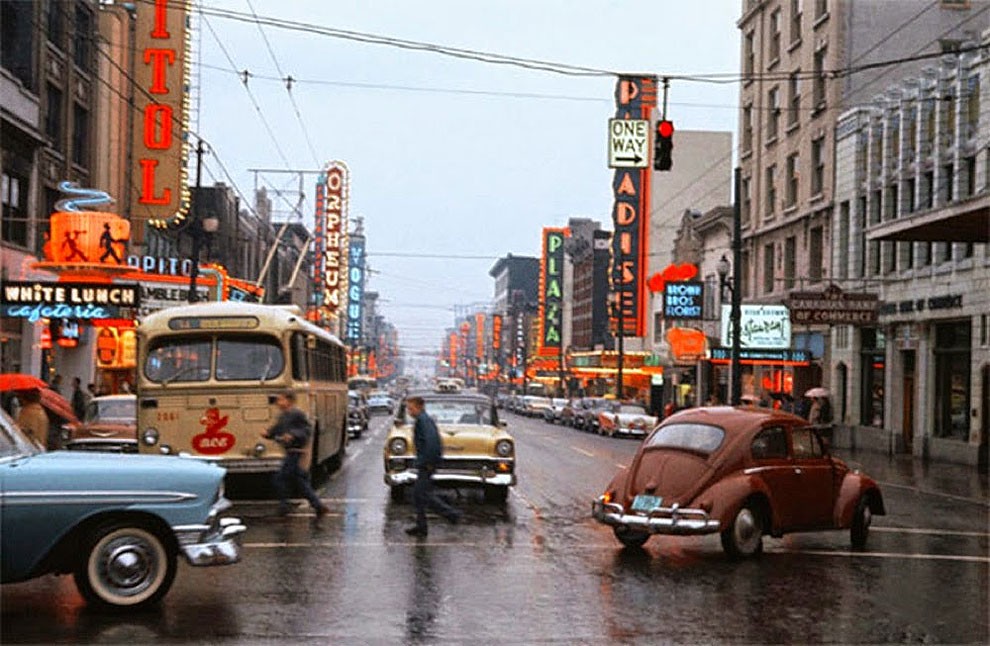 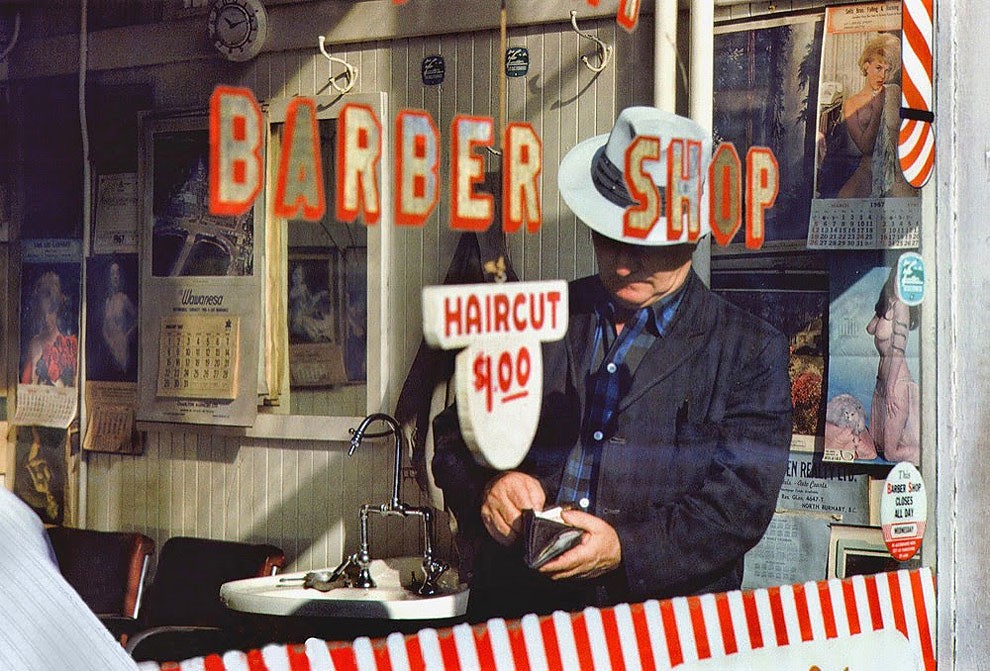 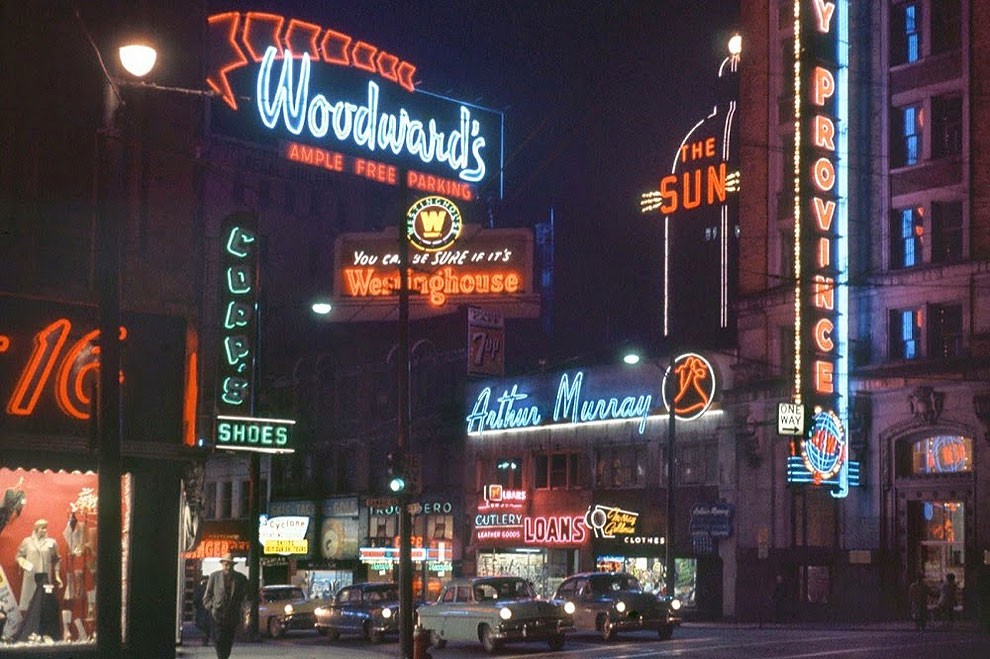 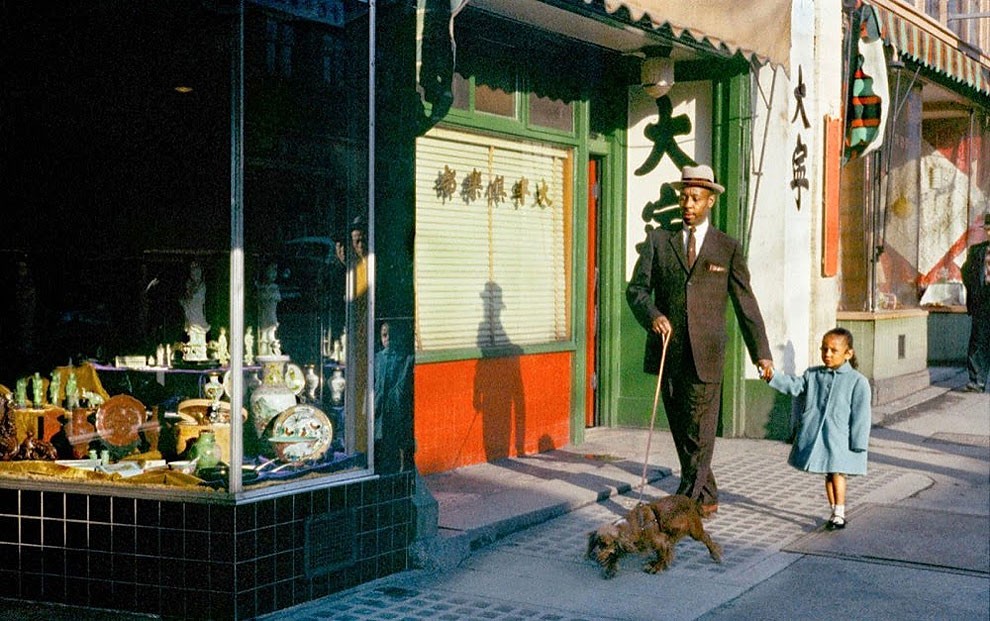 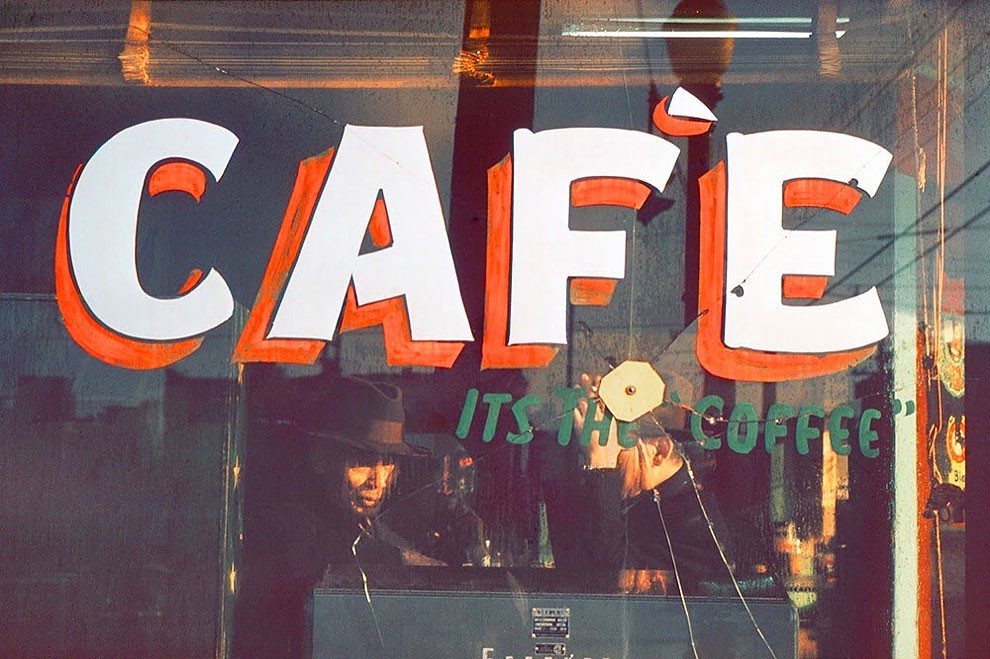 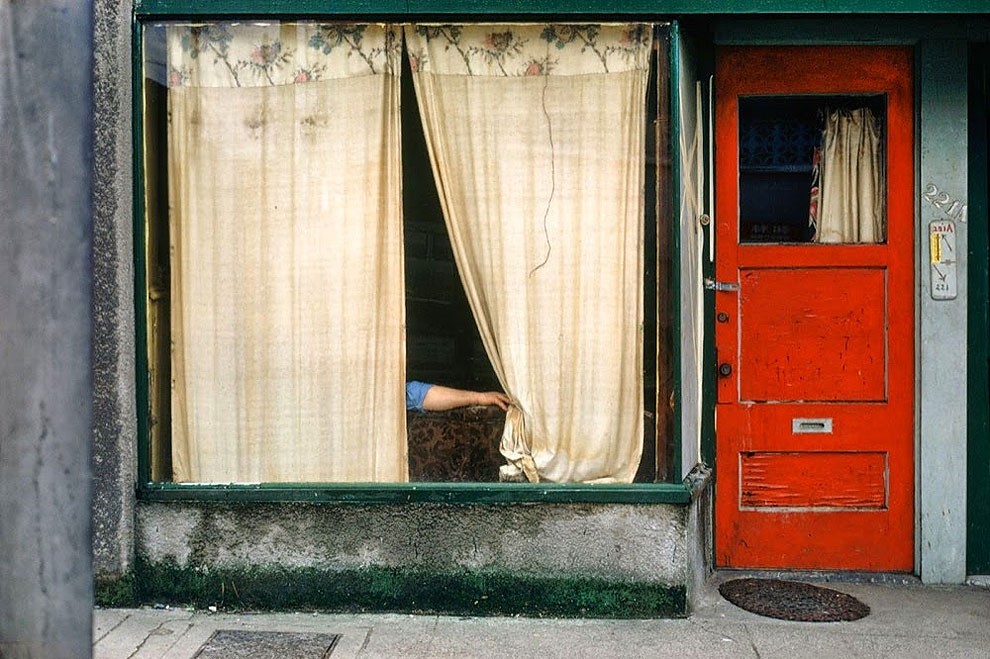 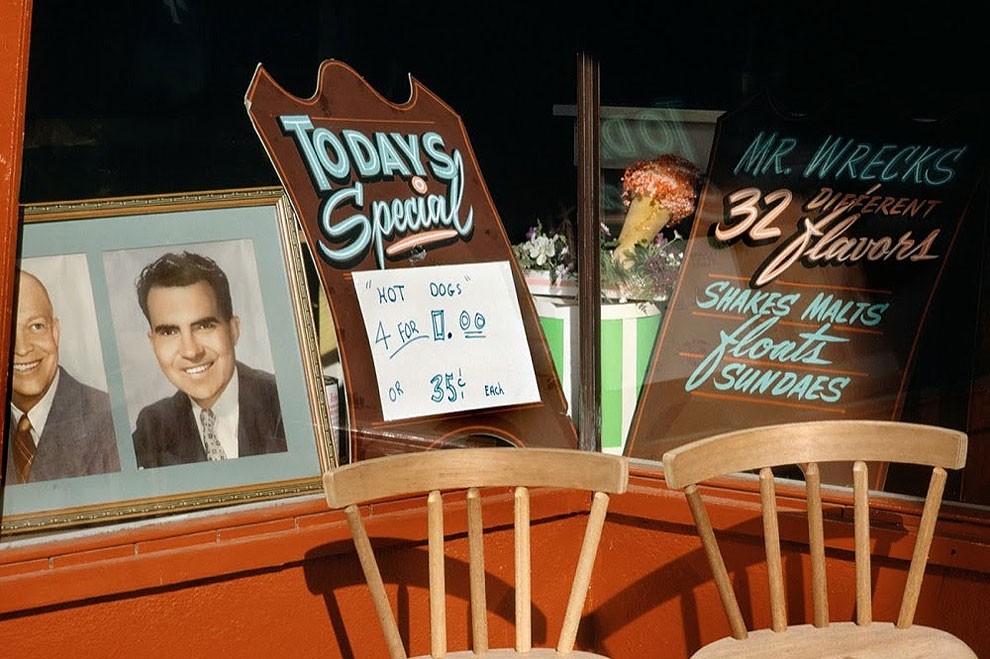 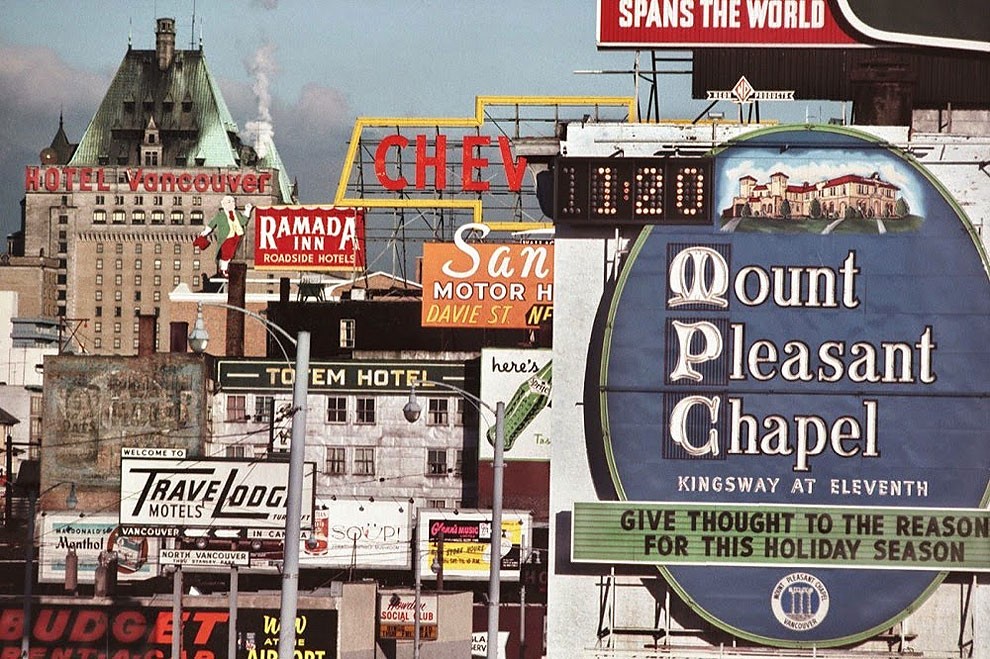 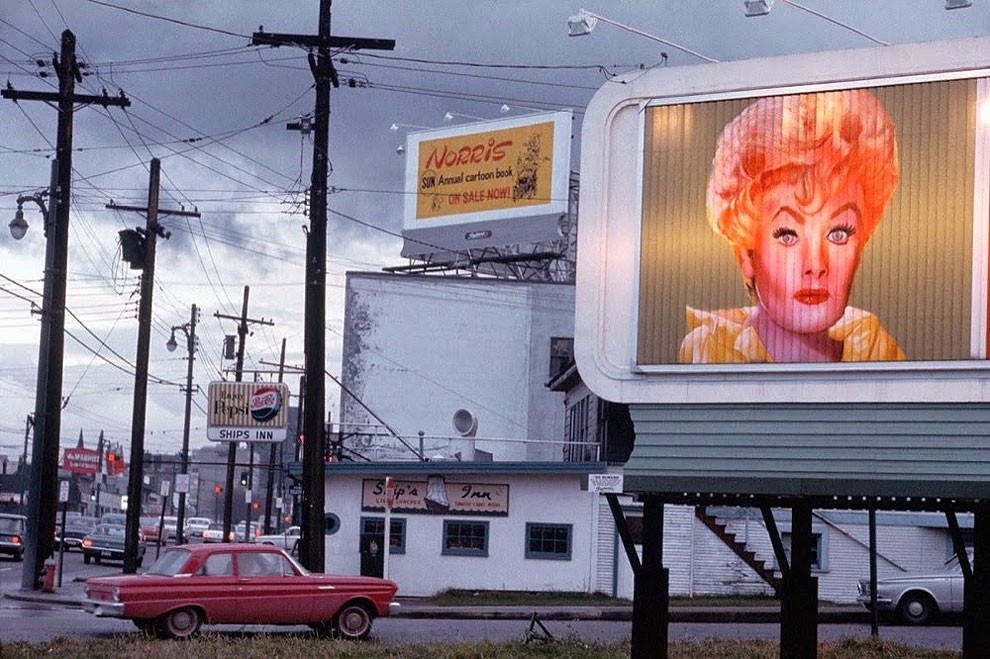 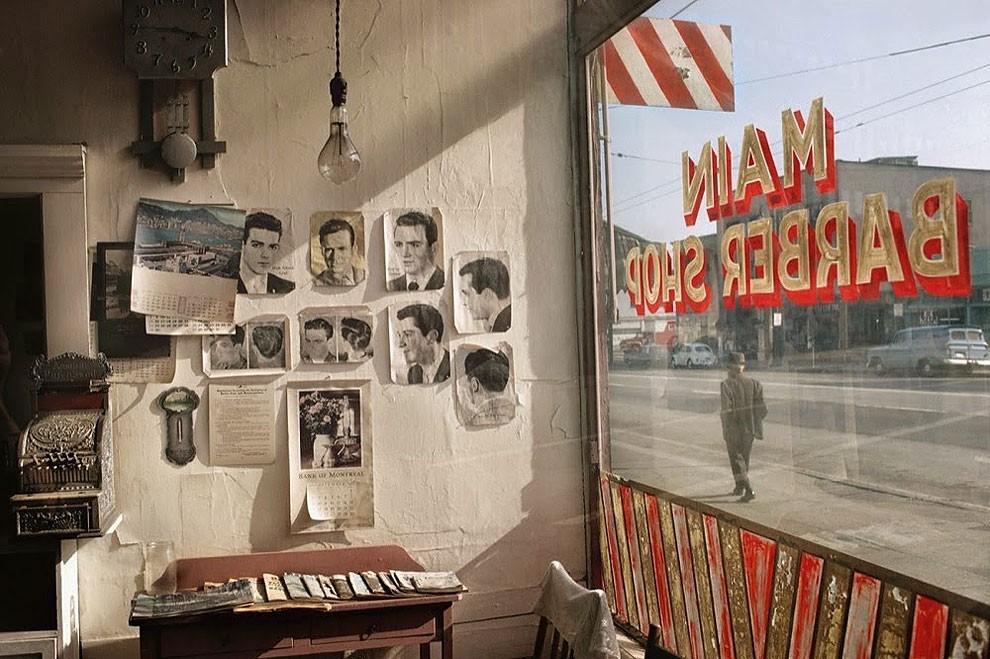 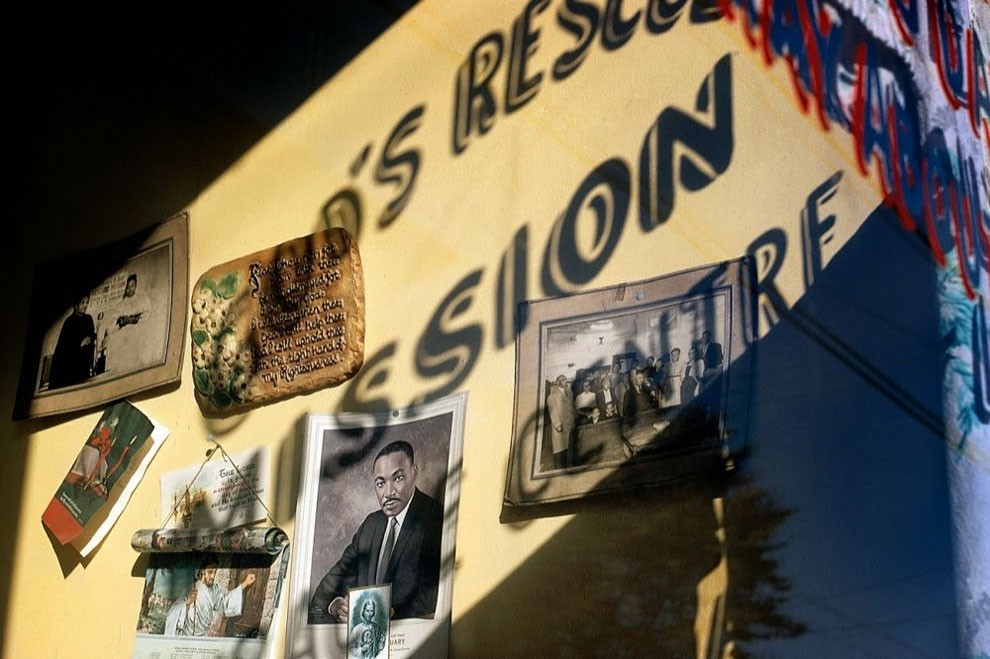 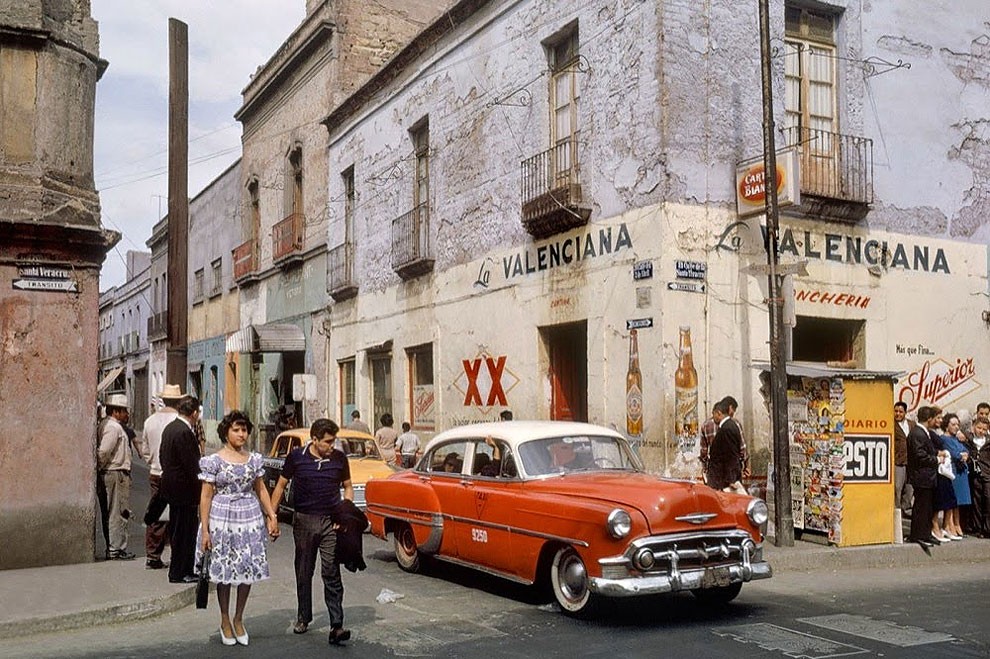 Breathtaking Photos of the Deadly Storms Around the World
NASA: Spectacular Images from Space - Galaxy Encounter, Flooding Thailand, and 12-Billion-Year-Old Stars
Debbie Harry Photographed By Chris Stein For Punk Magazine Centerfold Shoot, 1976
Photographer Captures Funny Portraits Of Celebrities From 1960s
Sunny Photographs That Show Just How Far Out Beach Life Was In '70s
Smithsonian Wilderness Forever Photo Contest
Judging America: Prejudice By Alternating Between Judgment And Reality By Joel Parés
Urban Jungle: Hong Kong From Above By Andy Yeung
Winners Of The iPhone Photography Awards 2019
Spectacular Winning Images of The Nature Conservancy Photo Contest 2021
2016 Audubon Photography Awards
Photographer Reveals What Tricks He Uses To Get Interesting Photos In 30 Examples
Stunning Color Photos Of Swinging London In The 60s
Photographer Sets Up A Garden In Living Room And Did Photoshoots To Document Her Cancer Journey
23 Striking And Surreptitious Photos Capture Street Scenes Of Pennsylvania In The 1970s
Going Down The London Underground In The Later 1980s
Sony World Photography Award Winners
Cheerful Photographs of Hipsters Taking It Way Too Far
Deers in Richmond Park, London
Hilarious Photos Of Pet Antics From The Comedy Pet Photography Awards 2020
This Hidden Chilling Forest Path Looks Like A Trail To Mordor
The Art of Self-Expression on a Steel Pot: Vintage Photos Showing Graffiti on Soldiers’ Helmets During the Vietnam War
There’s A Trend Of Photoshopping Celeb Pics To Meet ‘Modern Beauty Standards’ And Some Say It’s Messed Up
"Hell On Wheels" – Amazing Photographs Of The NYC Underground In The 80s
Adam Opris Photography on Mermaid Brides Bring Another Perspective to Underwater Brides
“The East End In Colour”: Rare And Gorgeous Kodachrome Photographs Of London In The 1960s And 1970s
Spectaculr Photos Of The Astronomy Photographer Of The Year 2019 Contest Shortlist
Wonderful Vintage Photos Of Female Students At Smith College, Northampton, Massachusetts In 1948
31 Stunning Black And White Photos Of Europe In The Fifties Through A Soldier‘s Lens
These Images Give A Rare Insight Into The Life Of A 19th Century Indian Maharajah
between, color, photographs, scenes, street, wonderful