Doctors Told Model With Jaw Cancer To Have An Abortion, So This Is What She Did – Design You Trust
≡
d
Photo
Architecture
Inspirations
Design
Tech
Animals
Travel
Hosting
Facebook
Inspirations

Doctors Told Model With Jaw Cancer To Have An Abortion, So This Is What She Did 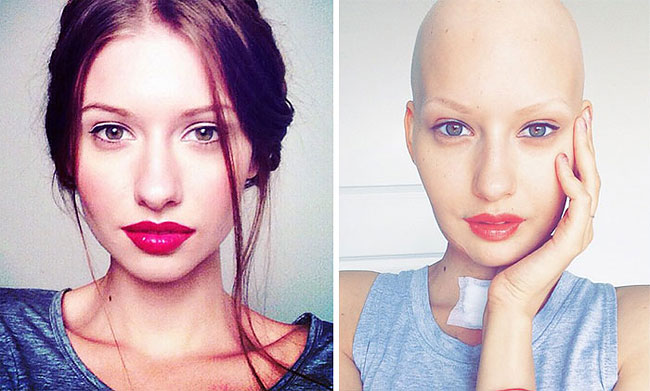 When Latvian-born Canadian model Elizaveta Bulokhova was 24 years old, she received both the best and worst news of her life: she was pregnant, but she also had cancer. 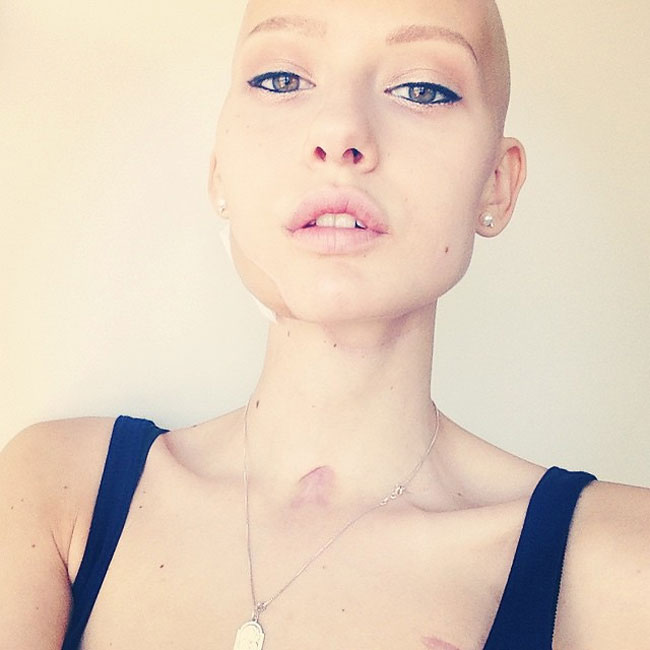 Bulokhova’s toothache during a trip to Amsterdam with her husband Roman Troubetskoi turned out to be cancer. Her doctors told her she would need to have an abortion before chemotherapy. 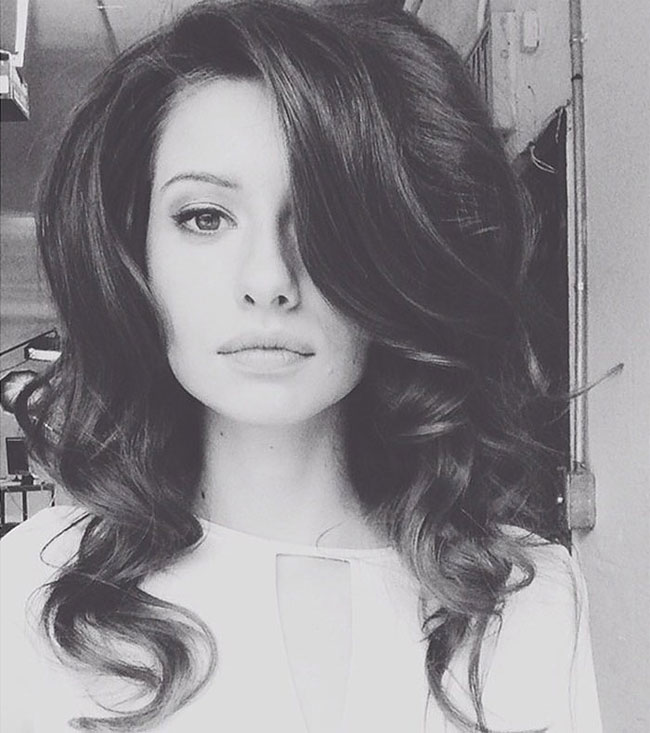 “My baby was very active and I would talk to him often while he was in my womb,” Bulokhova told Vice. “I had to tell him to stop moving because I couldn’t keep him and then all of a sudden he did. He listened; he stopped moving.” 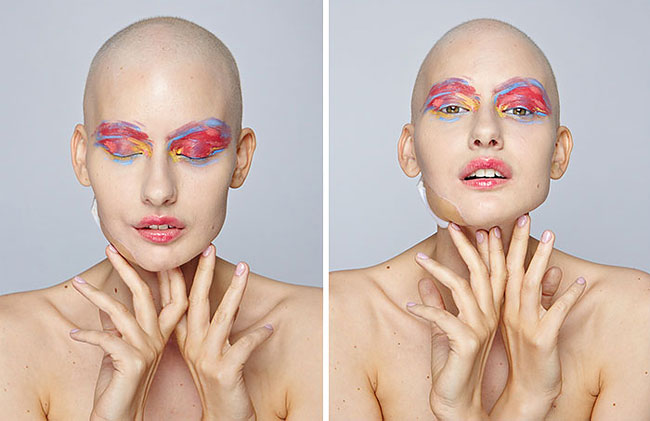 In another interview with the Daily Mail, she added, “I just told myself whatever the universe has in store for me I will accept it. If my baby is meant to be born, he will be born.” 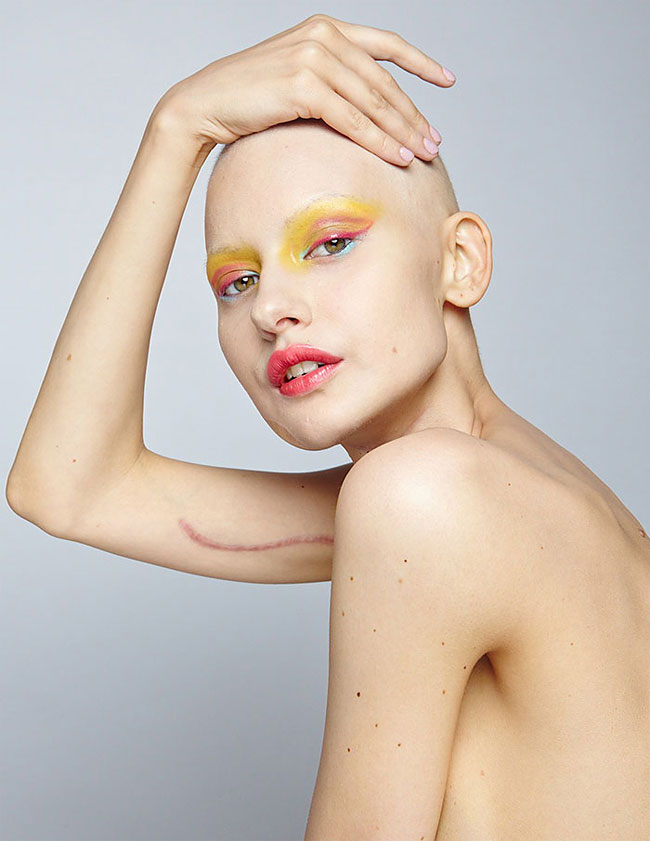 Luckily, Bulokhova suffered complications from the surgeries, which postponed her chemotherapy. So two days before her scheduled abortion, the couple asked their doctors to deliver Valentin 10 weeks early. 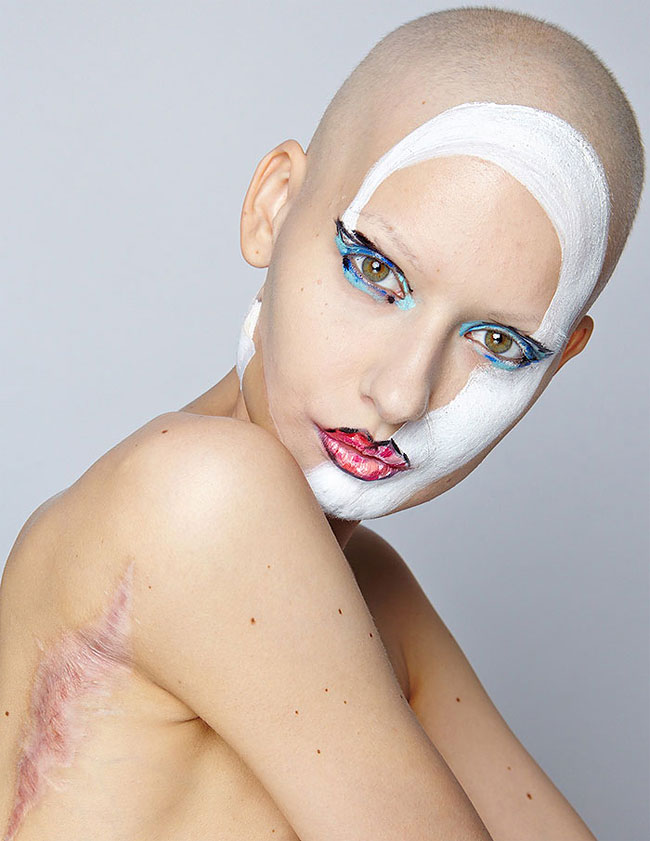 “It was fucked up; we basically had to tell the doctors to kill our perfectly healthy baby, but we had no choice,” Troubetskoi said. “Then with Valentin being nearly 28 weeks, we asked doctors where that put him? Is it safe to deliver him? They said, ‘Absolutely, let’s do this.’” 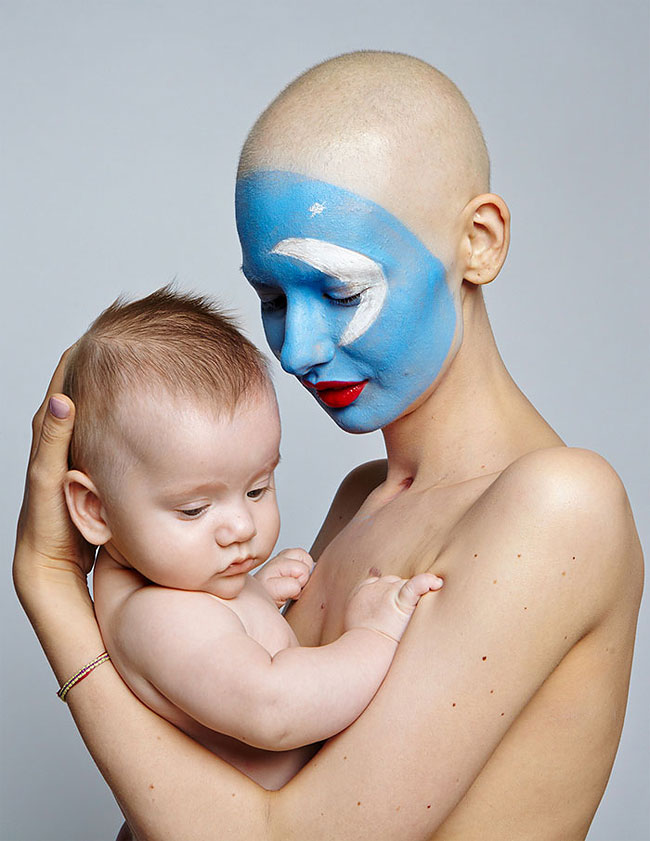 Bulokhova had 95% of her jaw removed, underwent chemotherapy, and is now recovering. 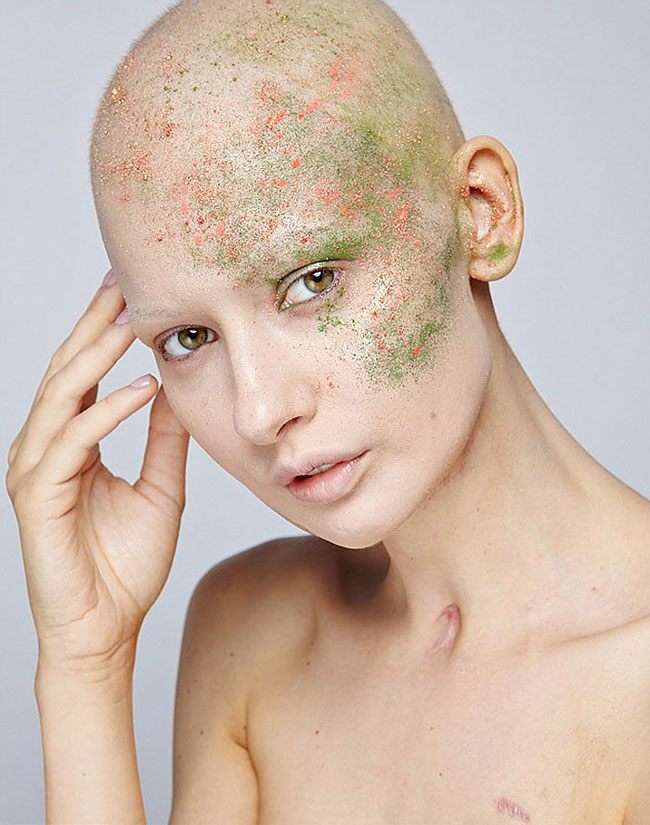 She recently modeled for a Vice article that told her story. The powerful photos are aimed at invoking hope. 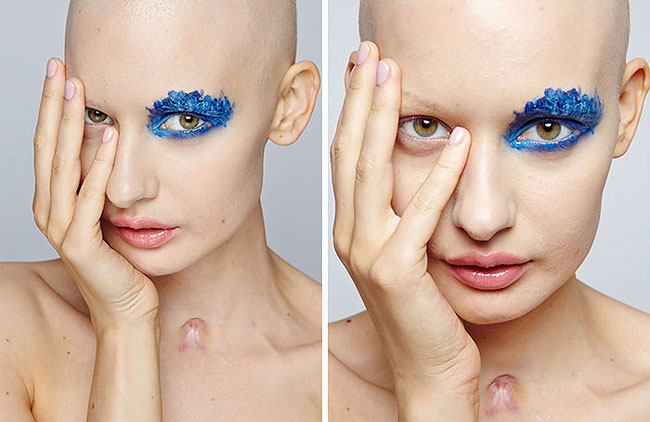 “It’s hard to put one core message in it, but there’s a lot of hope and strength and there are a lot of cancer survivors out there who might take something from this, and maybe that’s what the underlying message is,” said photographer Manolo Ceron. 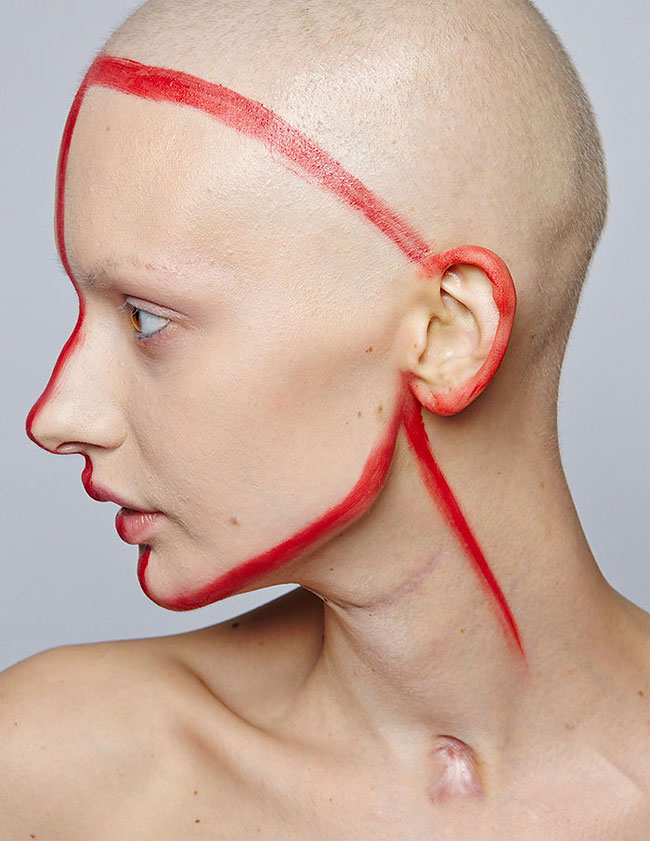 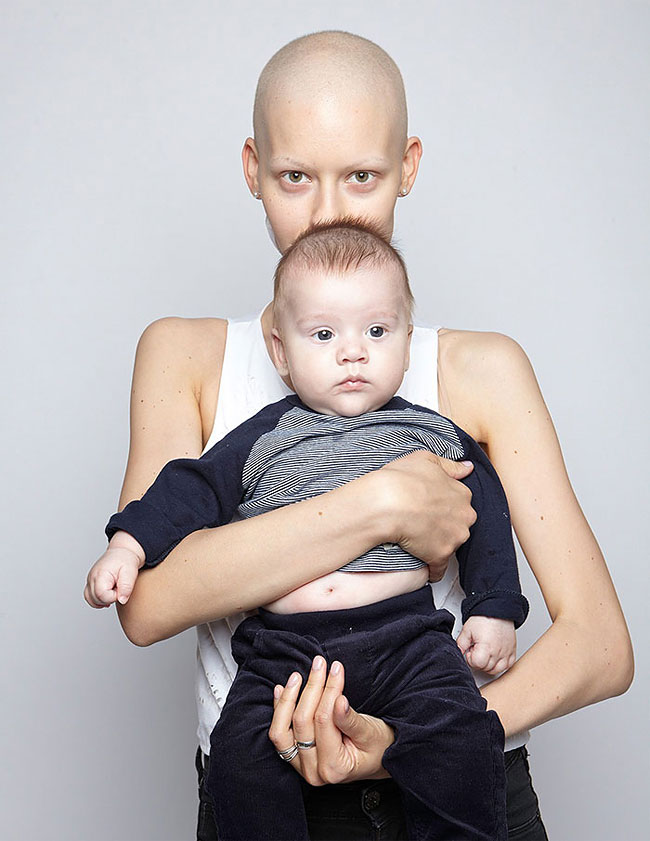 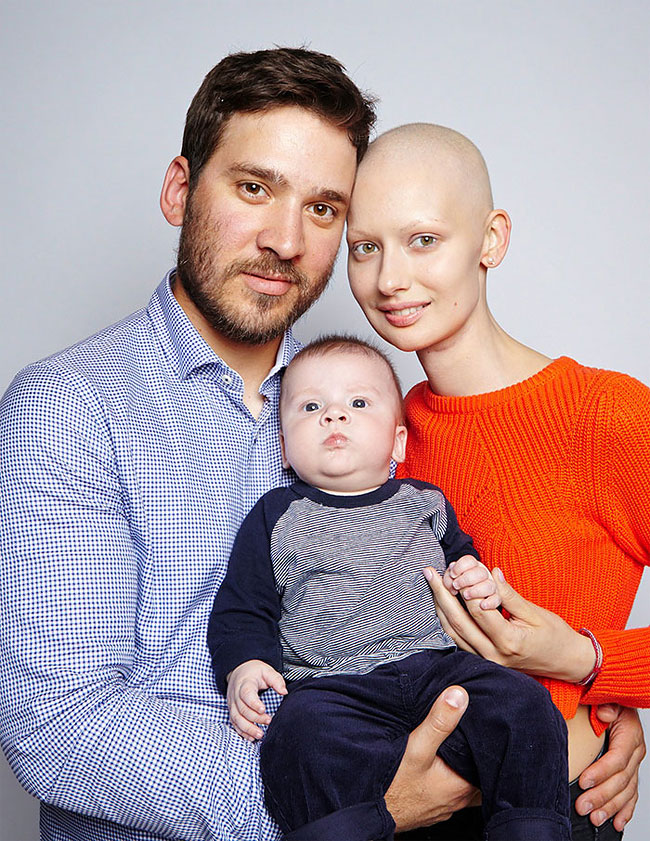