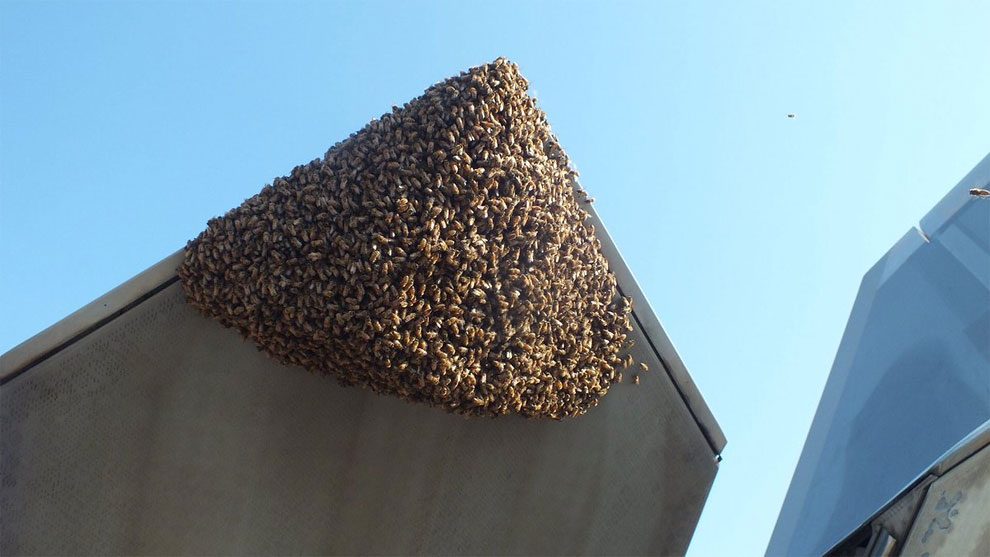 The US Air Force’s F-22 Raptor may be the most advanced fighter jet in the world but even with $143 million-worth of stealth and supersonic capabilities, it proved to be no match for one unlikely adversary — a huge swarm of honey bees. An F-22 aircraft from the 192nd Air Wing was temporarily grounded on June 11 after crew members at Joint Base Langley-Eustis in Virginia discovered nearly 20,000 bees hanging from the jet’s exhaust nozzle following flight operations. 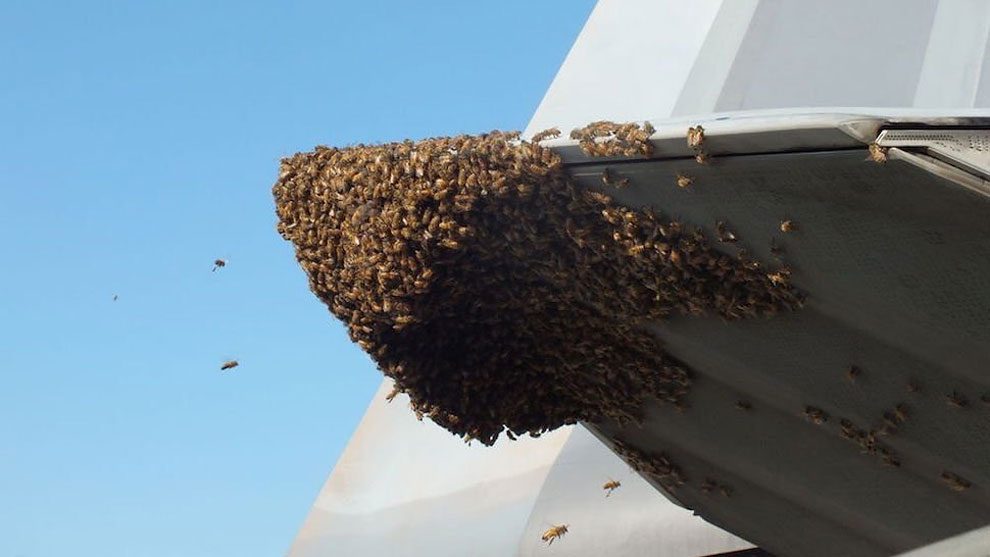 But how do nearly 20,000 bees, weighing a collective eight pounds find their way onto the exhaust pipe of a fighter jet? They likely came from a much larger bee hive somewhere else on the base, according to Chief Master Sgt. Gregg Allen, 192nd Maintenance Group Quality Assurance chief, who also happens to be a beekeeper. 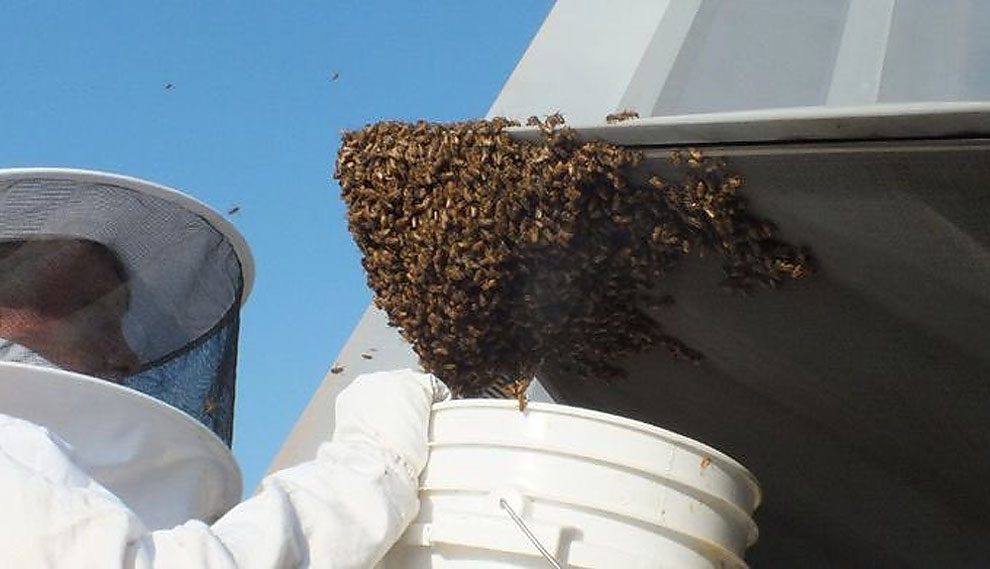 “Bee hives are constantly growing and they eventually become overcrowded,” he said. “Around springtime, the bees will make a new queen, scout for a new location and take half of the hive with them to that location.”

Human Builds A Dragon-Shaped Cardboard House For His Cat In Order To Please His Master
Family Pets In Fabulous Vintage Holiday Greeting Cards
Big Cats Are Beautiful!
Toucan Beaten By Teenagers Shows Off New 3D Printed Prosthetic Beak
“Unusual Looking” Puppy Adopted By Family Who Didn’t Care About Her Scars
Cool Vintage Photographs That Show People Riding Zebras From The Late 19th And Early 20th Centuries
A Photographer Has Captured The Hilarious Expressions Pulled By Dogs As They Go For A Run
Oakland Zoo Feeds Pumpkins to Animals
Adorable Lizard Uses Blossoming Rose as a Comfy Bed
This Modern Dog House Is Designed To Fit Your Home’s Aesthetic
Chinese Pet Pig And Other Unusual Pets
2020 Social Justice Kittens Calendar Is Here!
Photographer Leila Jeffreys Captures The Diverse Beauty Of Naturally Colorful Birds
Rescued Calf Gets New High-tech Prosthetics
Adorable Lambs At Korean Sheep Cafe Are Anything But Baaaaashful!
Humorous Instagram Account Doodles Adorable Tiny Pug Into Cute Characters
You Can Get Tattoo Sleeves For Your Cat So They Can Look As Badass As They Feel
Want to Take Your Pet Fish for a Walk? There’s a Bag for That!
Rescued Magpie Becomes Lifelong Friend With The Family That Saved Her Life
Babushka Cats That Look Like Old Russian Ladies
Dog Chews Aston Martin
Pink Champagne Fox Miko
7 Dogs Before And After Japanese Grooming
If We Drew Modern Animals The Way We Draw Dinosaurs, Based On Bones Alone
Polar Bear Floats Adrift Surrounded by an Endless Sea of Icebergs
Someone Noticed That Cats Use Parking Bumpers As Pillows, And It’s Oddly Wholesome
Monty the Cat Without a Nasal Bone
Sea Lions of San Francisco
Colombian Daredevil Dog Skydives For Military Training
Saving Lima's Stray Dogs
force, grounds, raptor, swarm, virginia