Eagles vs Drones: Dutch Police To Take On Rogue Aircraft With Flying Squad 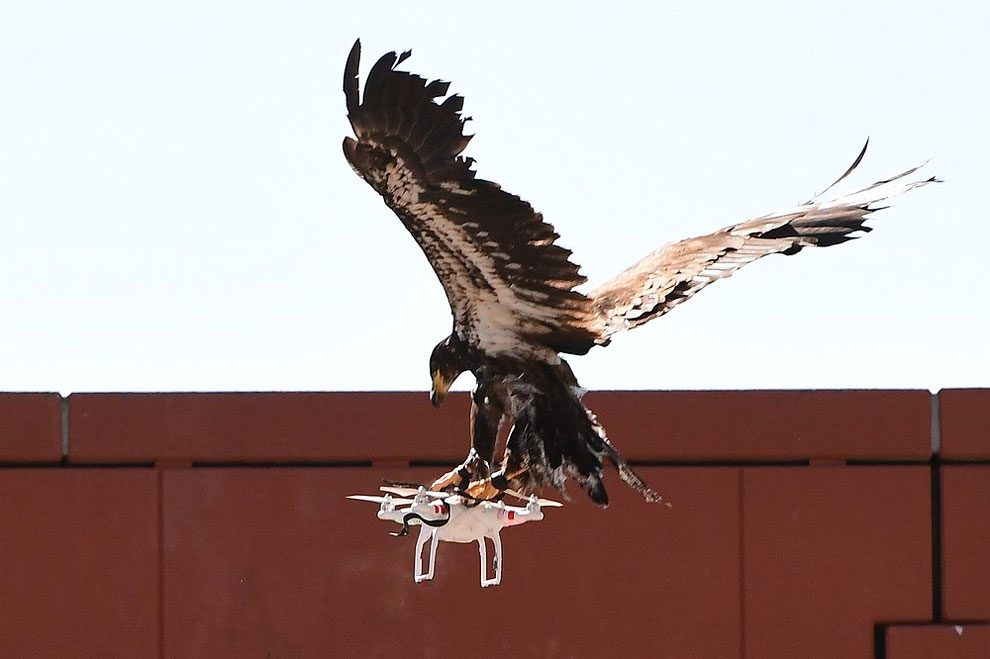 A trained young eagle attempts to catch a drone during a demonstration organized by the Dutch police as part of a program to train birds of prey to catch drones flying over sensitive or restricted areas, at the Dutch Police Academy in Ossendrecht. Dutch police are adopting a centuries-old pursuit to resolve the modern-day problem of increasing numbers of drones in the skies, becoming the world’s first force to employ eagles as winged warriors. 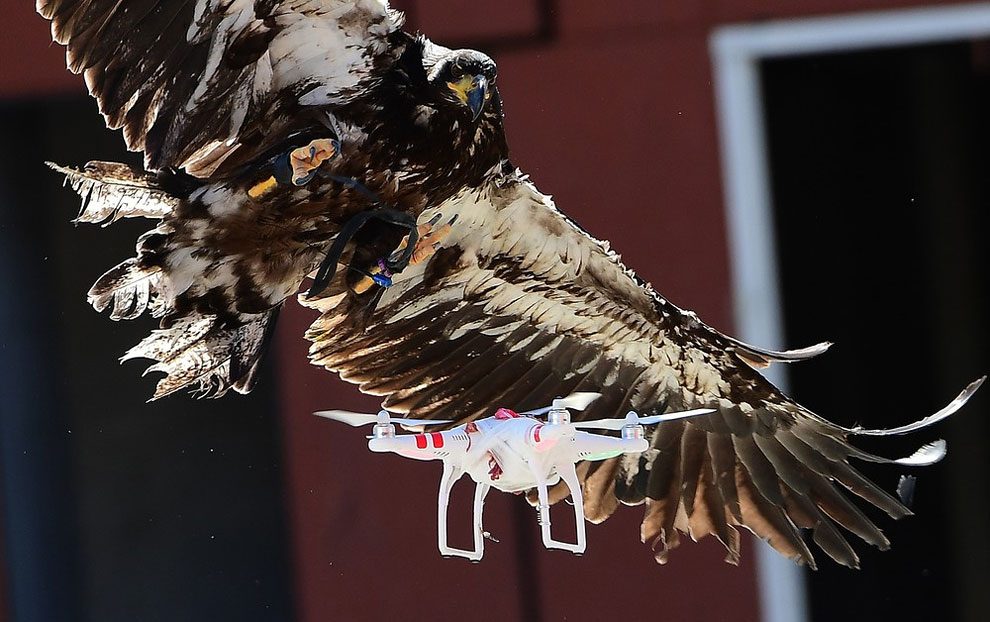