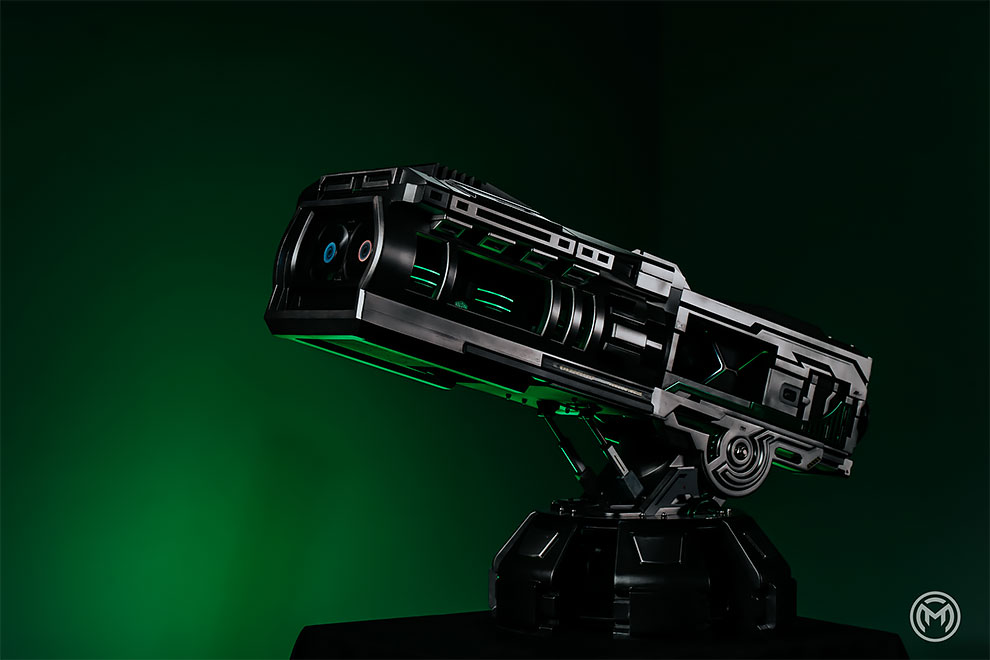 Most modern PCs are manufactured in a way that shows off the hardware running inside of them, but few gaming rigs can top the appeal of a custom design.

Especially when that one-of-a-kind rig is modeled after Doom’s iconic BFG weapon. The ultimate-and biggest–gun in any version of Doom, this weapon of mass demonic destruction was the inspiration for a new build by Mark Celica of Mark’s Fabrication. Taking several design cues from the Doom Eternal version, Celica created a unique work of art. 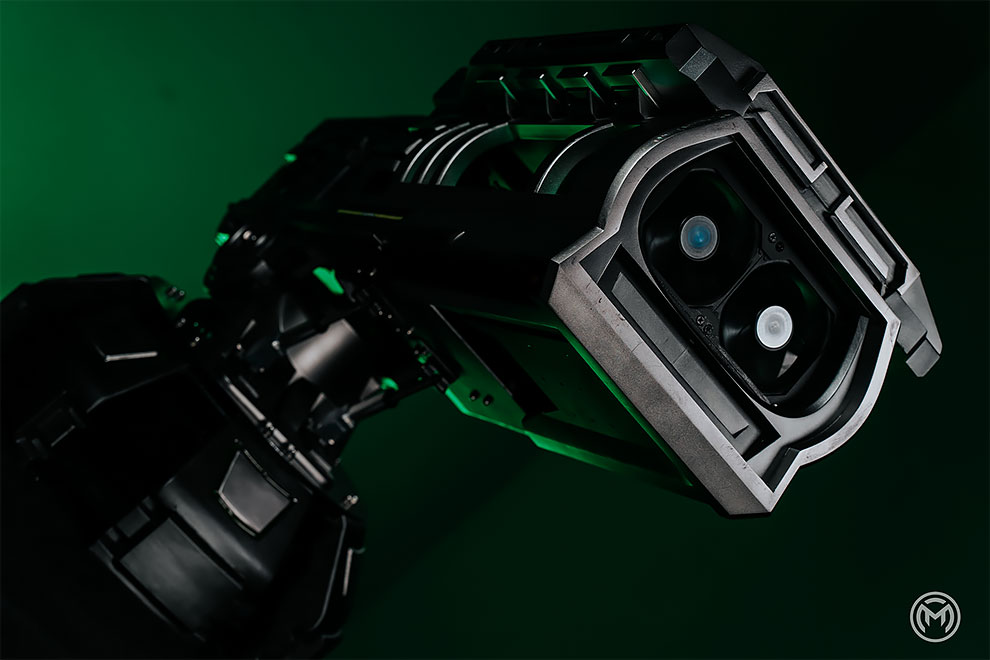 “I found that its original shape had a rich and curvy sci-fi style, and after I added some elements of my own, I think it felt more in line with my own style,” Celica said. “What’s special about it are the laser lighting effects and the design which enables it to lift. I used an Nvidia GeForce RTX 3080 graphics card in this computer mod, an Intel i7 10700K for the CPU, the motherboard is an ASRock Z490, and I used 16GB of ZADAK memory.” 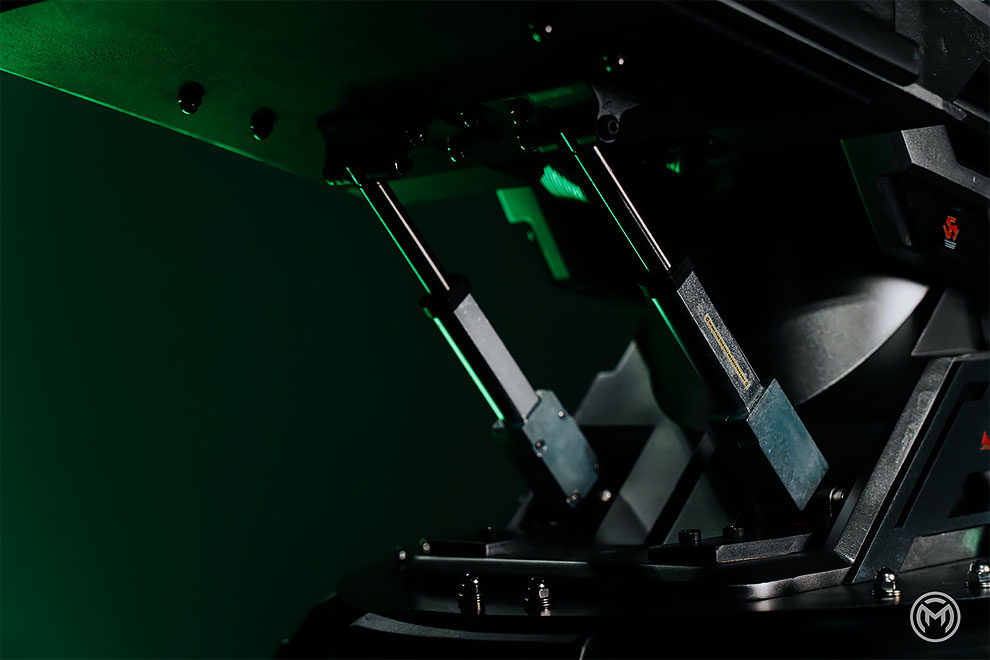 The end result is a titanic frame housing multiple parts on a spinning base. Similar to the BFG cannon seen in Doom Eternal–you can’t just shoot a hole into the surface of Mars–the build shines with lights, lasers, and awe-inspiring presence. 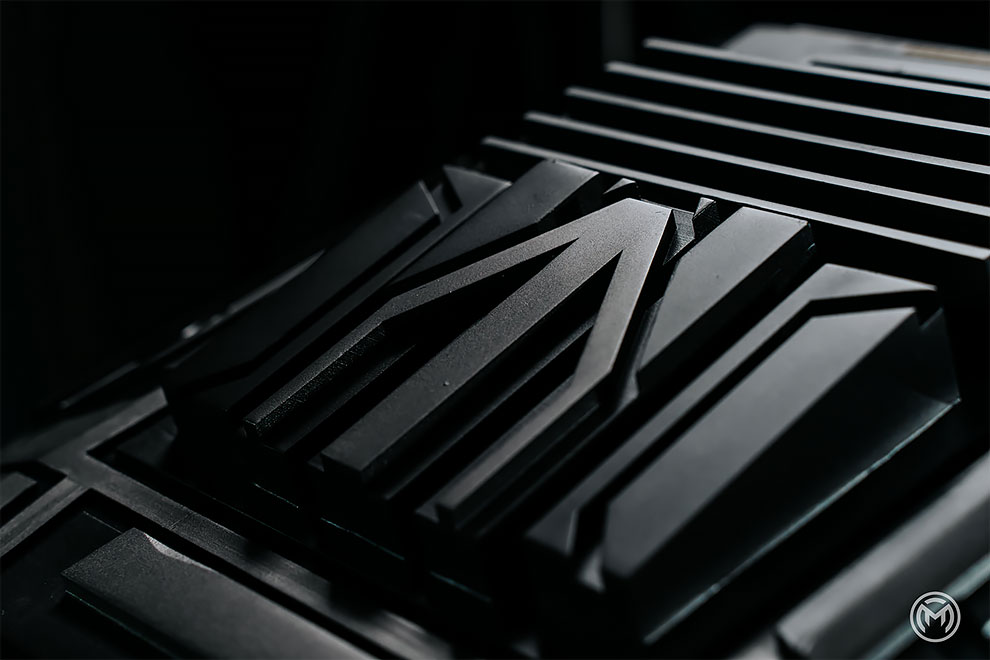 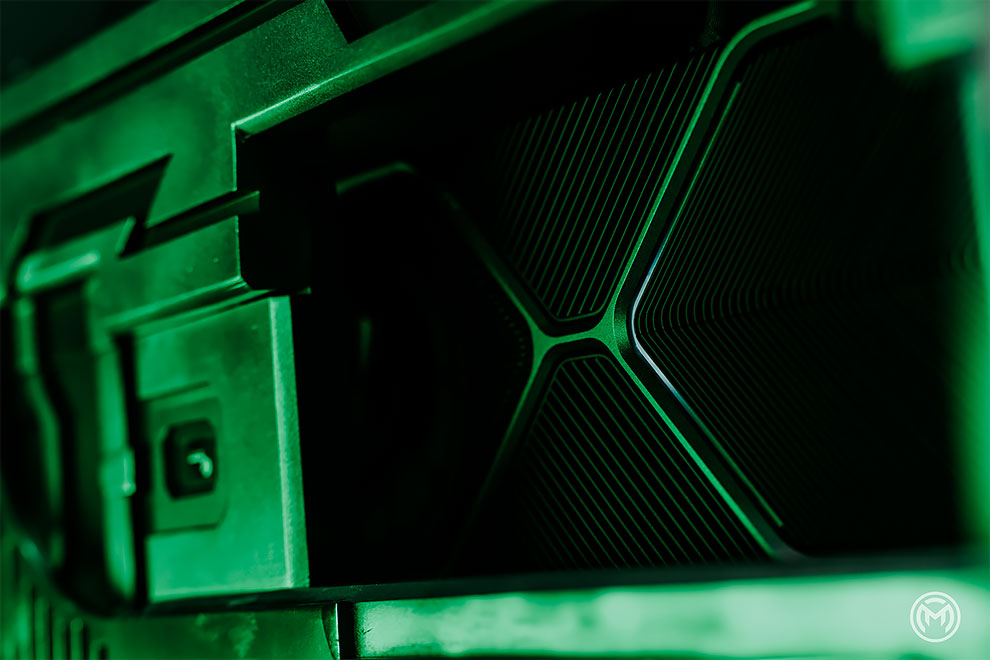 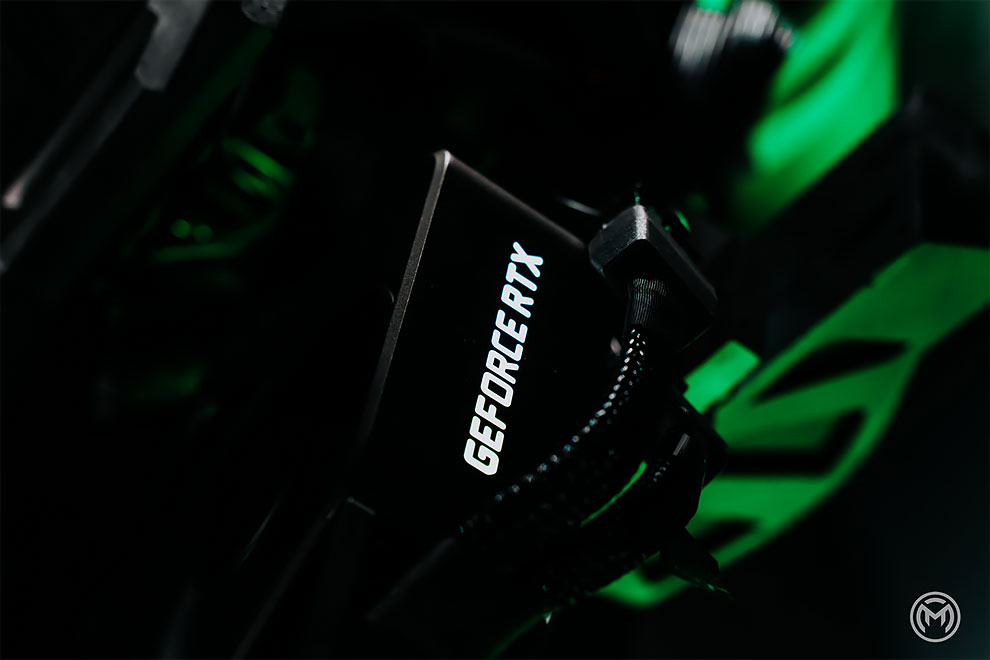 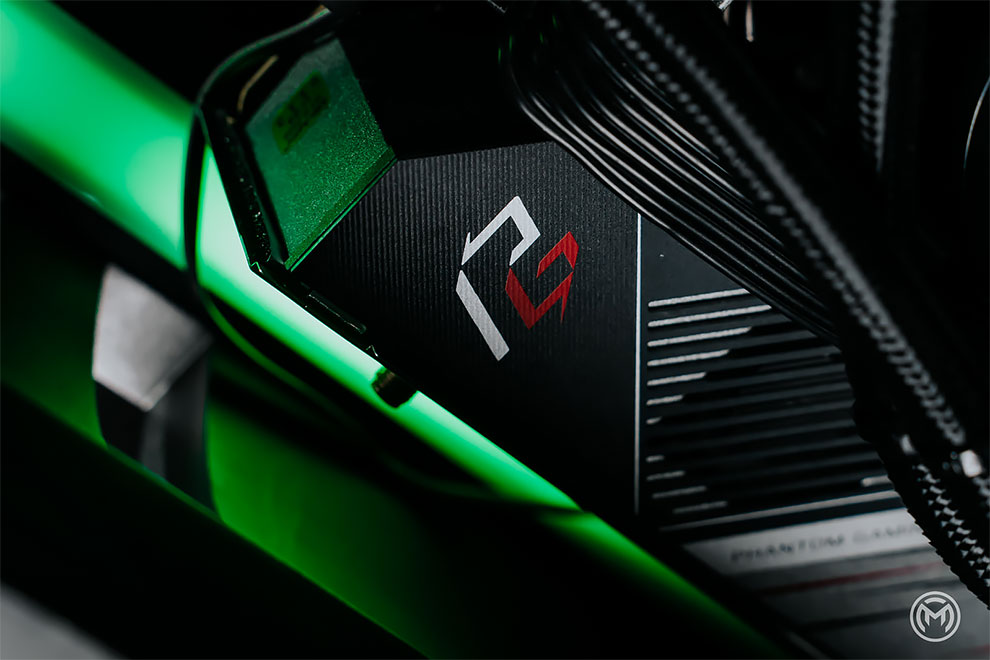 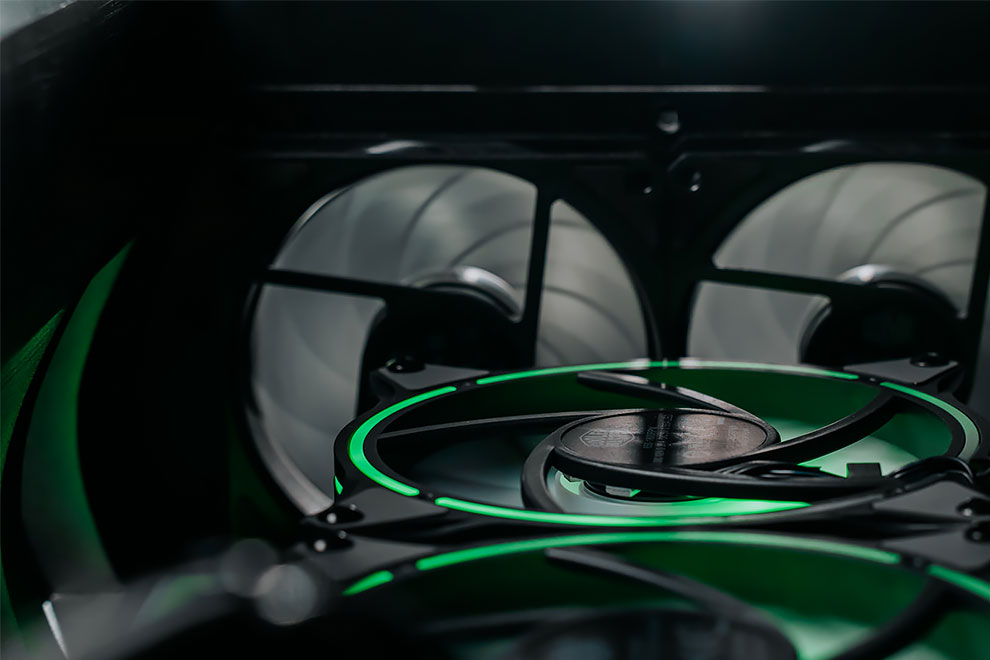 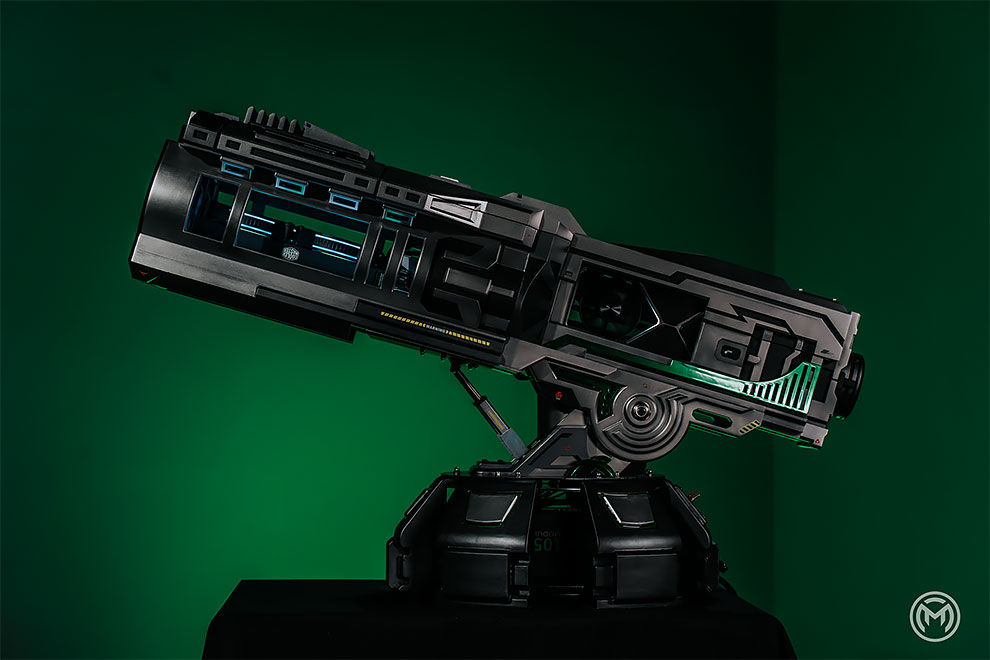 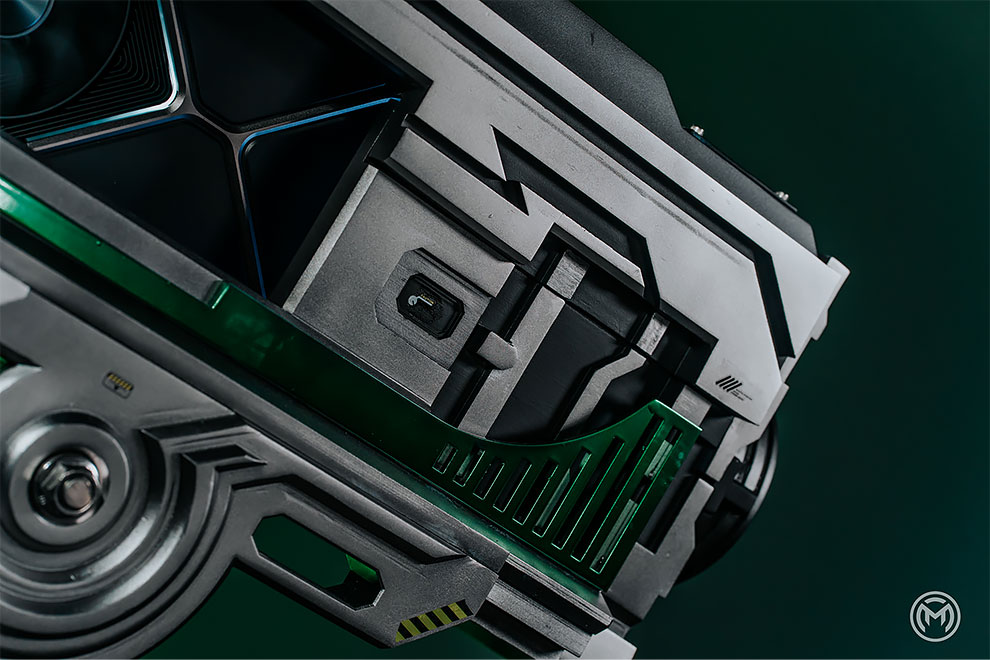 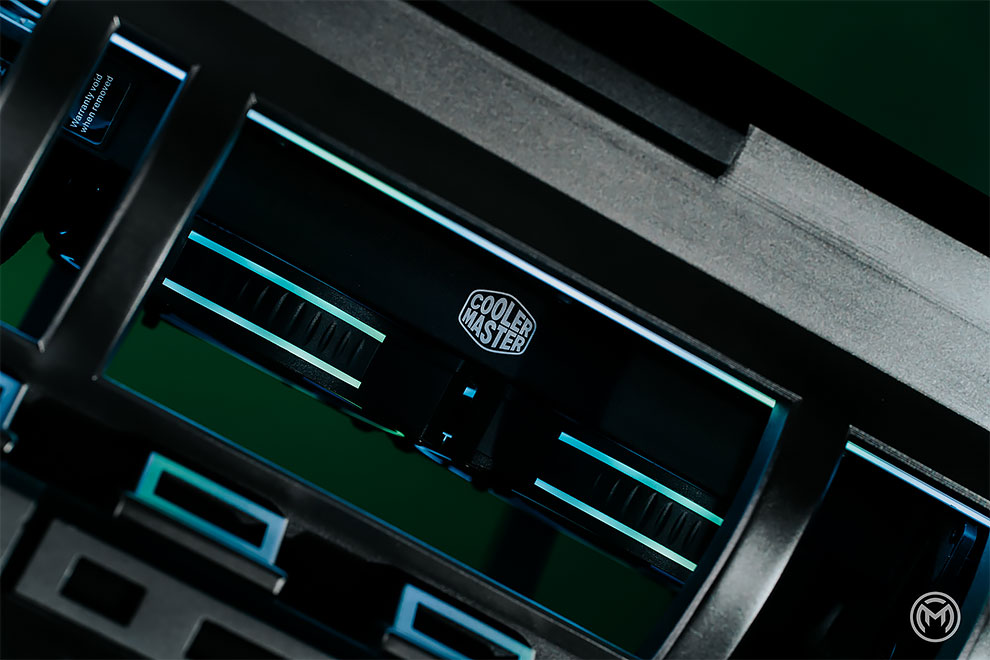 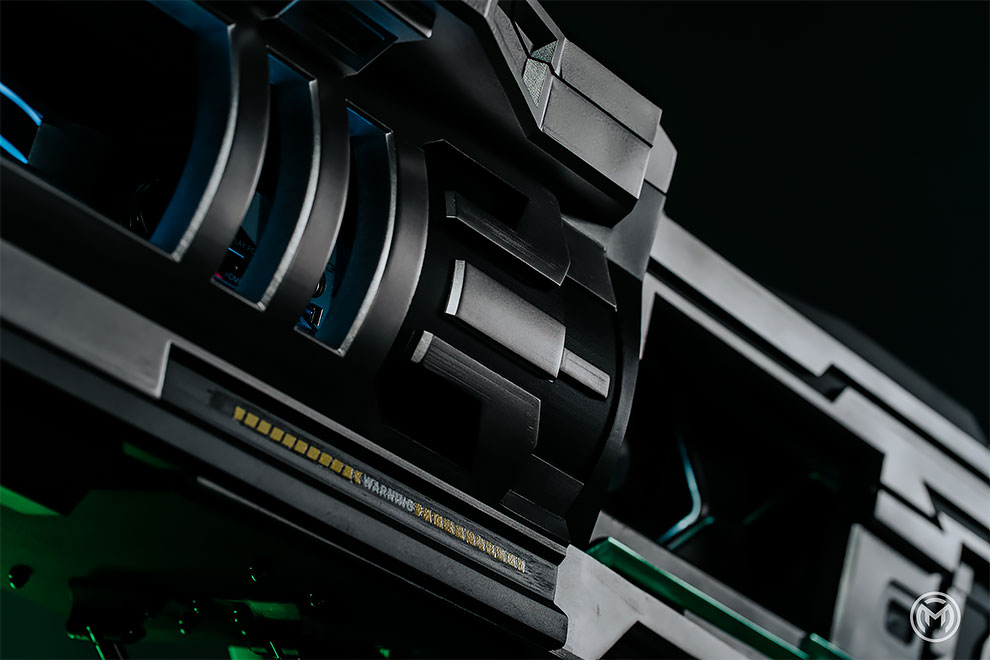 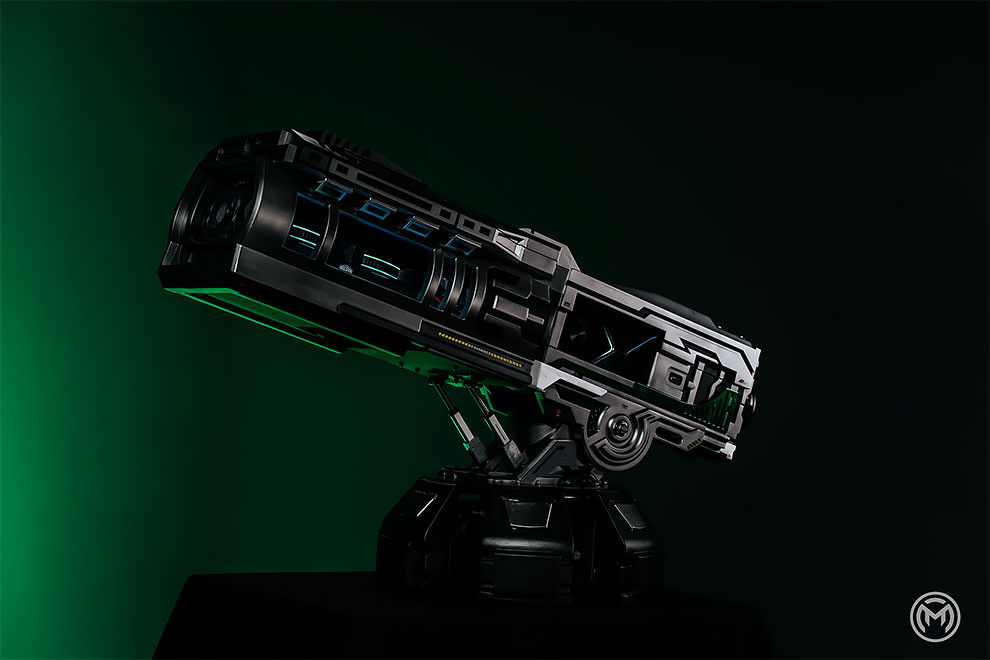 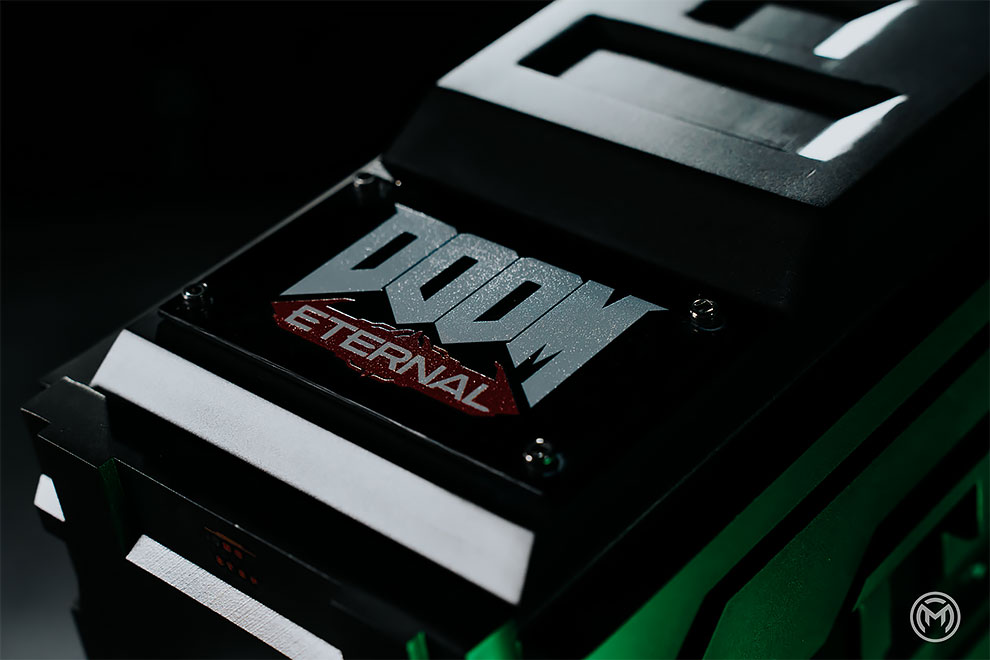 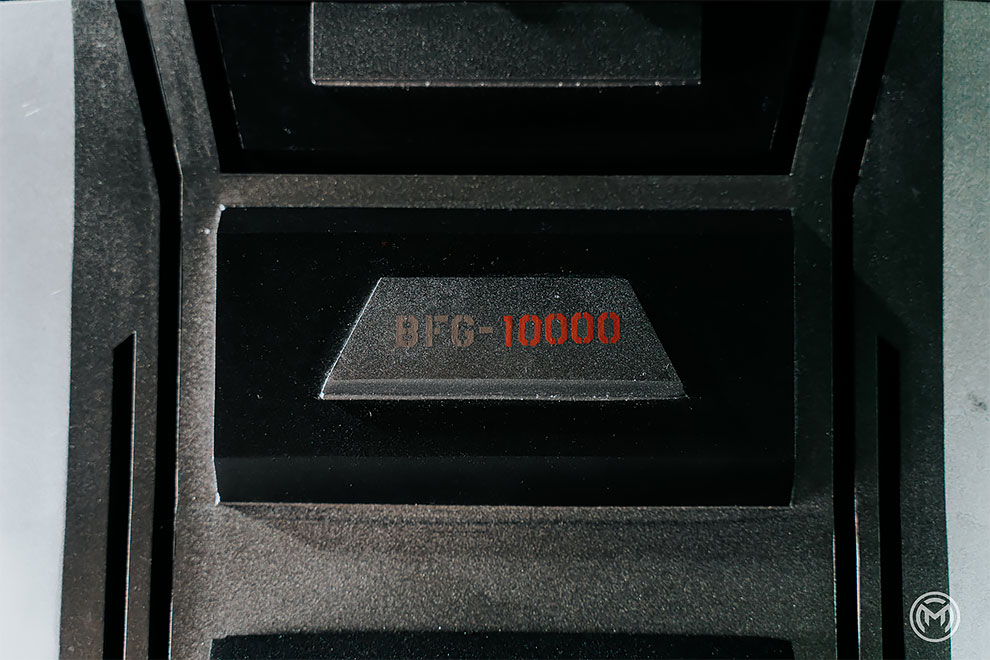 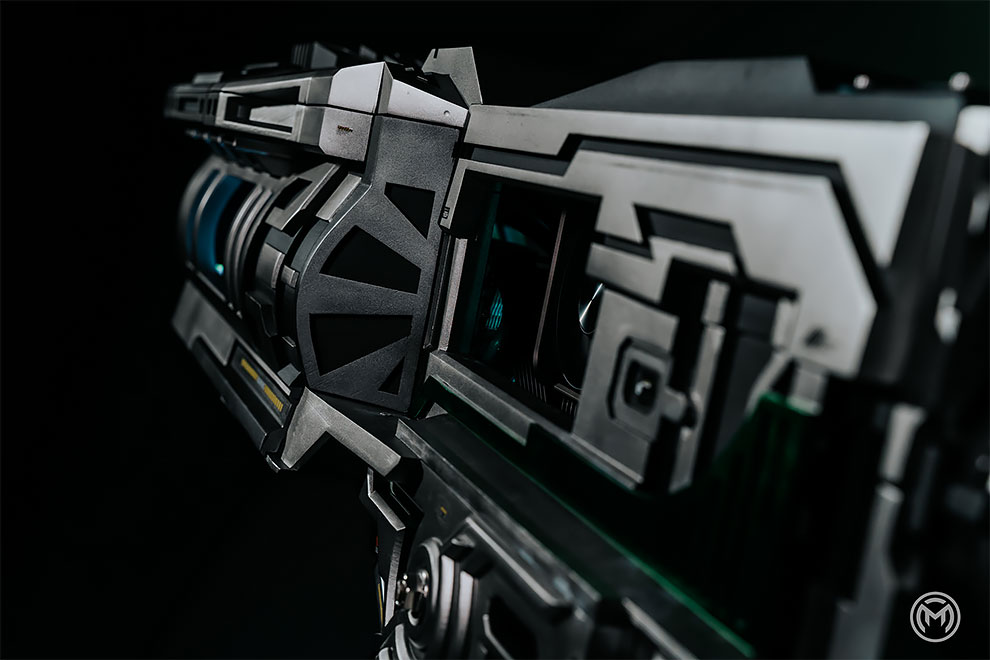 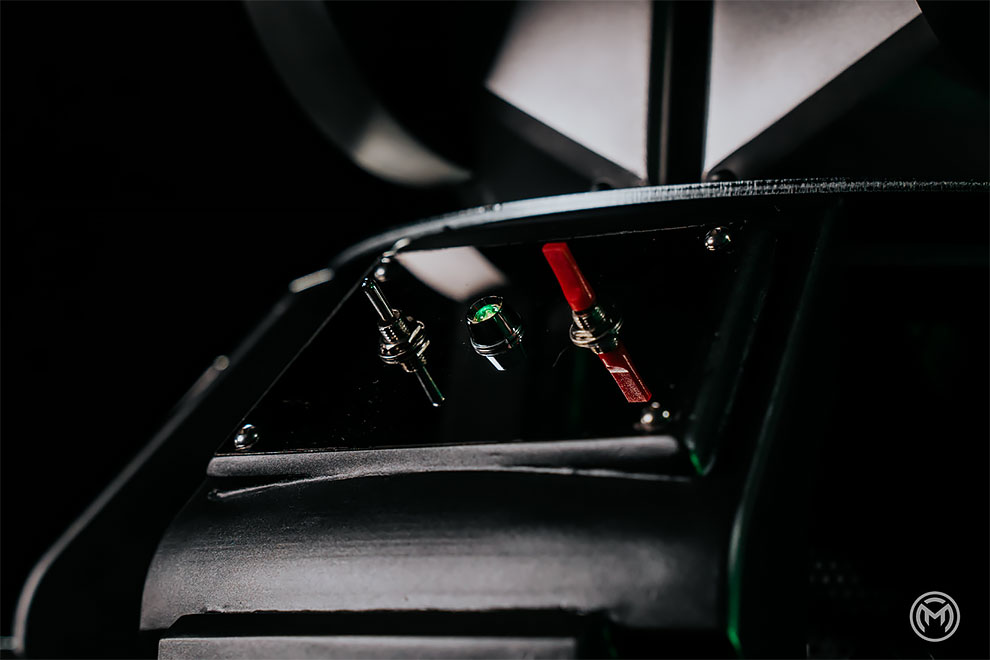 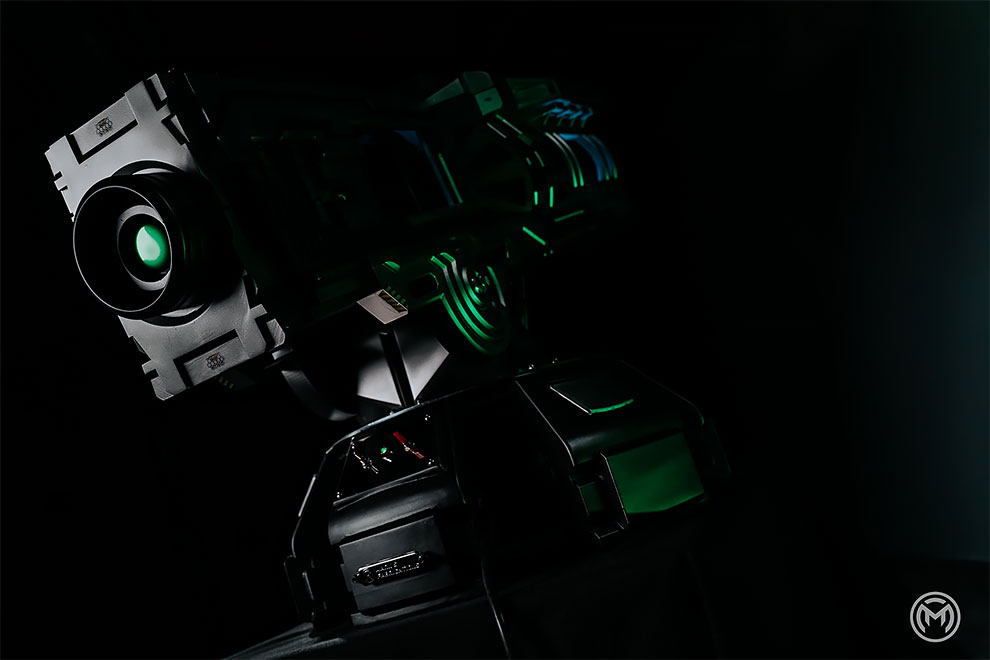 3D: Printing the Future Exhibition
Lady Gaga Unveils 'Flying Dress'
Teaser: Nissan LEAF to Attempt Setting the Guinness World Speed Record
A High Tech Suit That Helps Disabled People Experience Sexual Pleasure
Amazing Photos of the Third Generation of the Ford Thunderbird, 1961-1963
HEXO+: A Flying Camera that Follows and Films You Autonomously
The Evolution of Child Car Safety: A Look Back at the 1960s
The Future Imagined in Albert Robida’s "La vie électrique," 1890
Amphibious Folding Motorcycle From Russia Fits In The Trunk Of A Car
People Of Bell Labs In The 1960s
1955 Ford “Beatnik” Bubbletop: This Bubble-Roofed Custom Ford Is Strange And Wonderful!
This Designer Has Made A Flying Hoverboard That Actually Works
R-100 Airship: Inside a British “Flying Hotel”, 1929-1930
Your Very Own Harrier Jet: This Jet Will Go Down In History As One Of The All Time Great Classic British Aircraft
Amazon Introduces New Line Of Kindles In New York
Finder: Locate the Stuff where You Left
Max Factor's Beauty Calibrator: A Beauty-Measuring Mask Analyzes Facial Flaws For Makeup From The 1930s
Glow-in-the-Dark Dress
The Other Me
Inside Ciccolella, Italy's Leading Producer of Cut Flowers
IKEA Pee Ad: Retailer’s Controversy Ad Acts As A Pregnancy Test
Zipper Fastener Ship: Boat Shaped Like Giant Zip Puller Looks Like It’s Opening the Water
Comic Artist Imagines What Classic Movies Would Be Like If Everyone Had Smartphones
Baby Car Seats From the Mid-20th Century Moms Wouldn't Buy Today
bfg10000, doom, Mark Celica, modding, pc