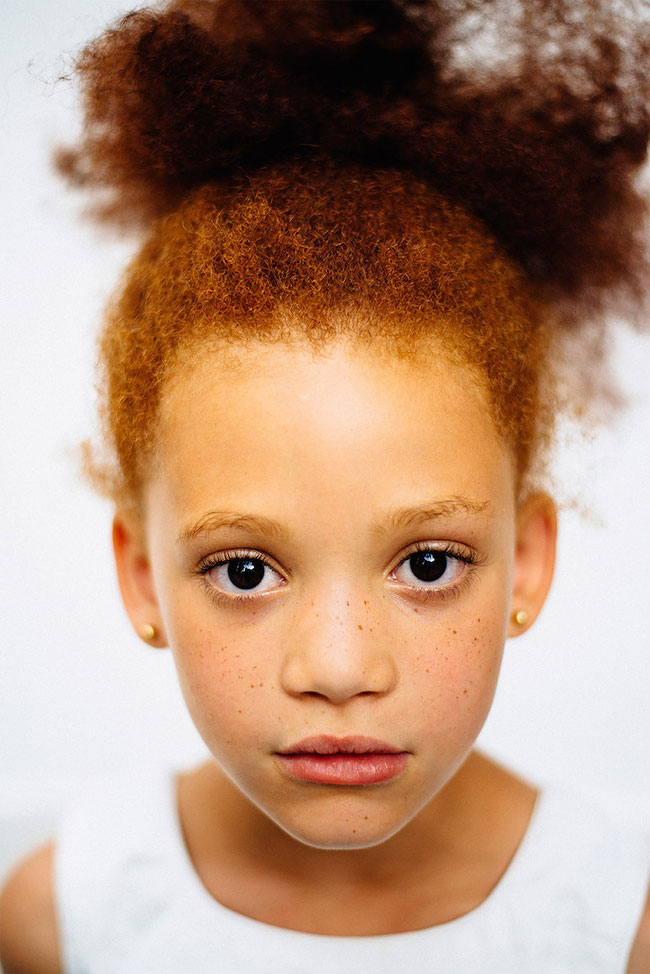 Between one and two percent of the world’s population are redheads, according to BBC News. While gingers are usually thought to be white, pale, and of Celtic-Germanic descent, the reality is that there are millions of people of color around the world who have freckles and fiery locks of hair. French-born, London-based photographer Michelle Marshall explores the stunning diversity of redheads in her portrait series MC1R, named after the gene known as “melanocortin 1 receptor” that causes red hair. 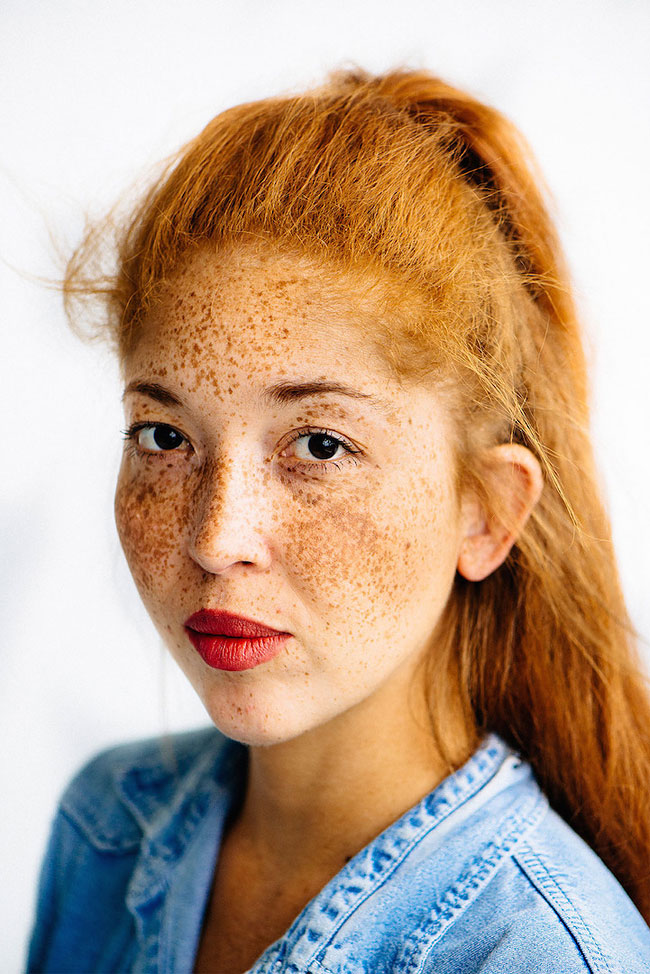 Marshall was originally interested in documenting manifestations of freckles for her visual census. Eventually, after meeting a freckled little girl who was of mixed race, the photographer decided to focus on incidents of the MC1R gene variant among Afro-Caribbean people. She found her subjects, who are primarily black or mixed race individuals, through social media, word of mouth, or random encounters on the street. 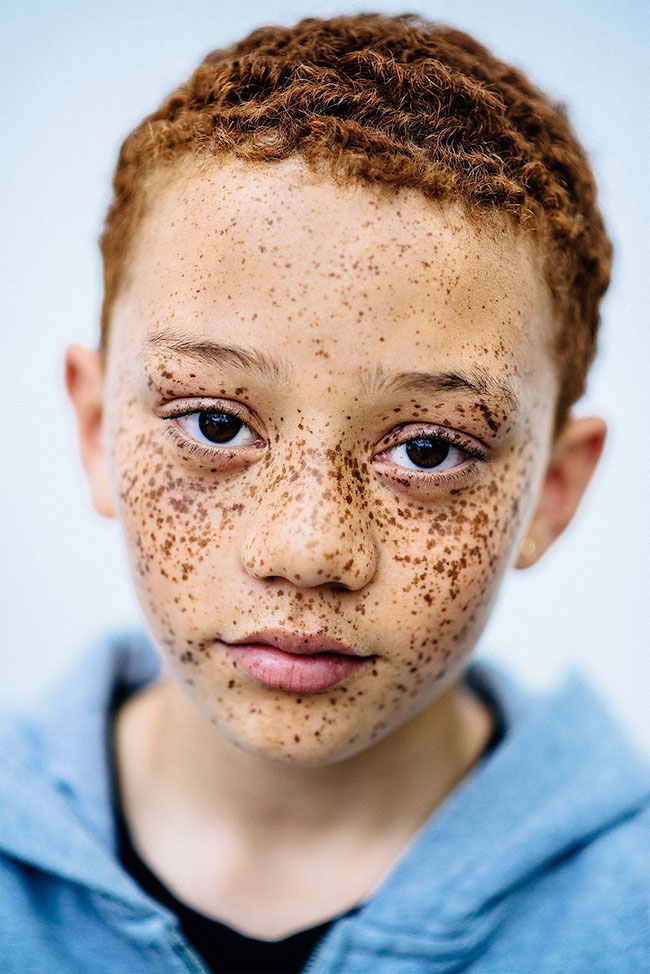 “I want to stir the perception that most of us have of a ‘ginger’ as a white caucasian individual, potentially of Celtic descent,” Marshall told Huffington Post. “As we struggle with issues of immigration, discrimination and racial prejudice, Mother Nature, meanwhile, follows its own course, embracing society’s plurality and, in the process, shaking up our perceptions about origins, ethnicity and identity.” 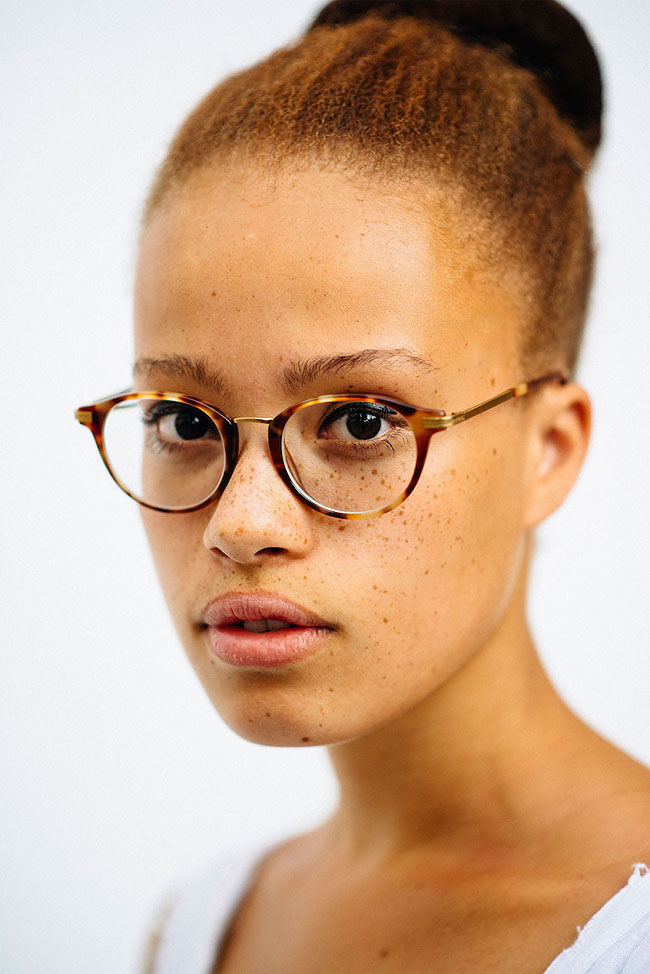 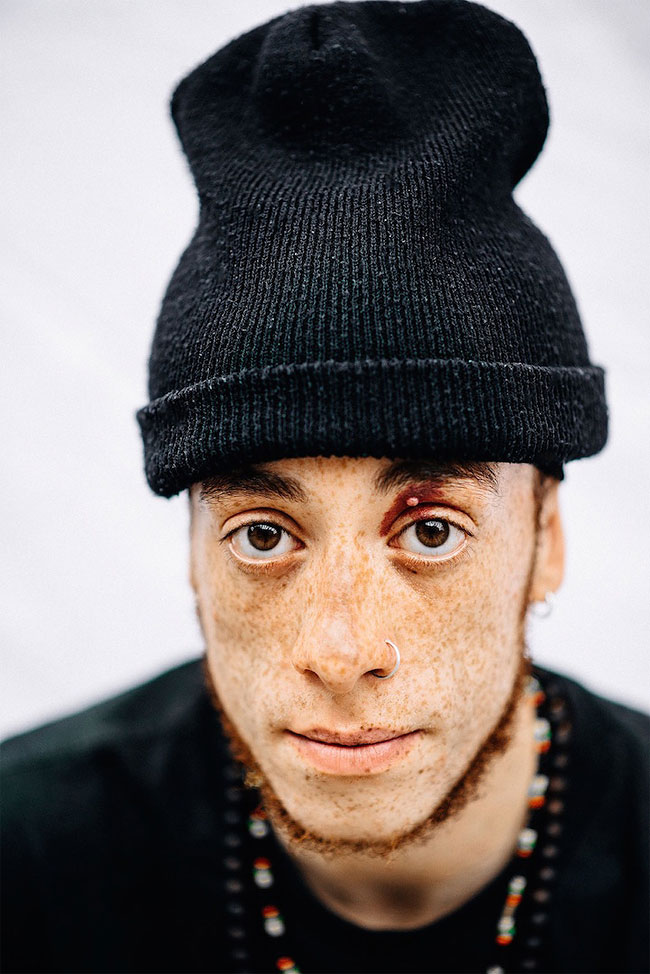 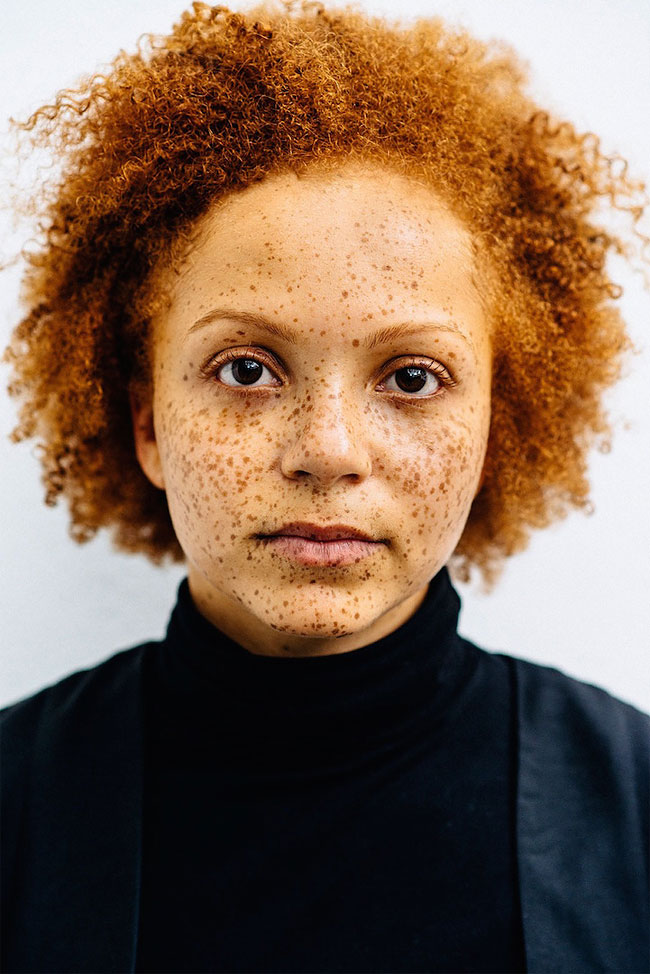 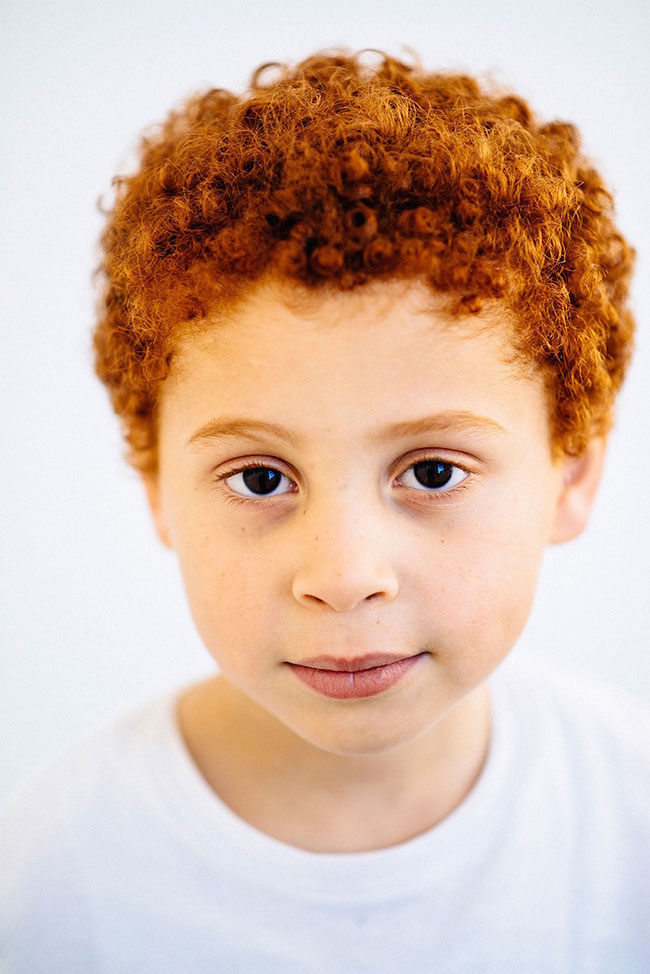 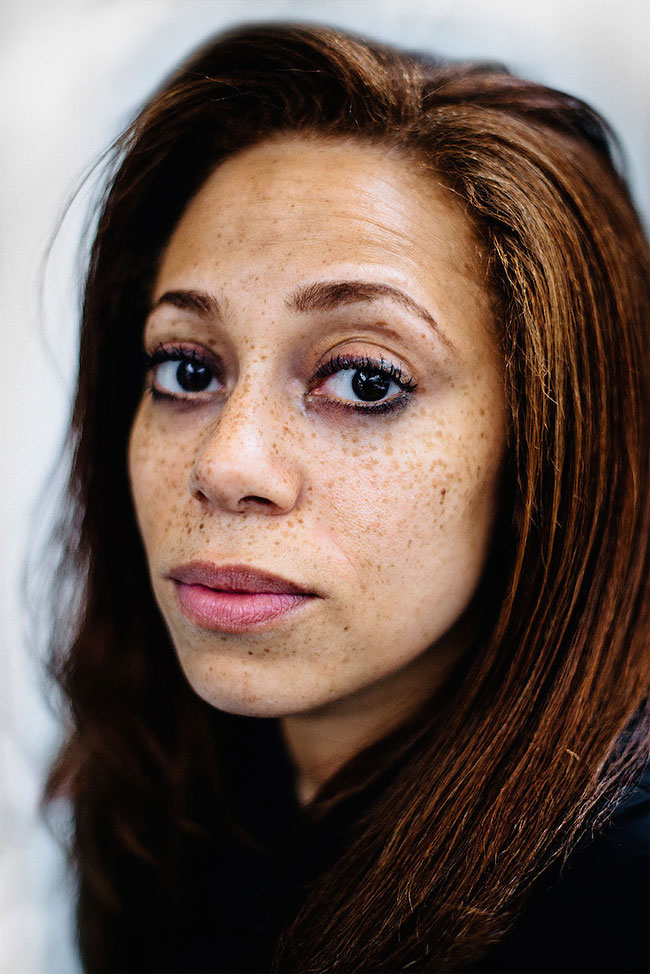 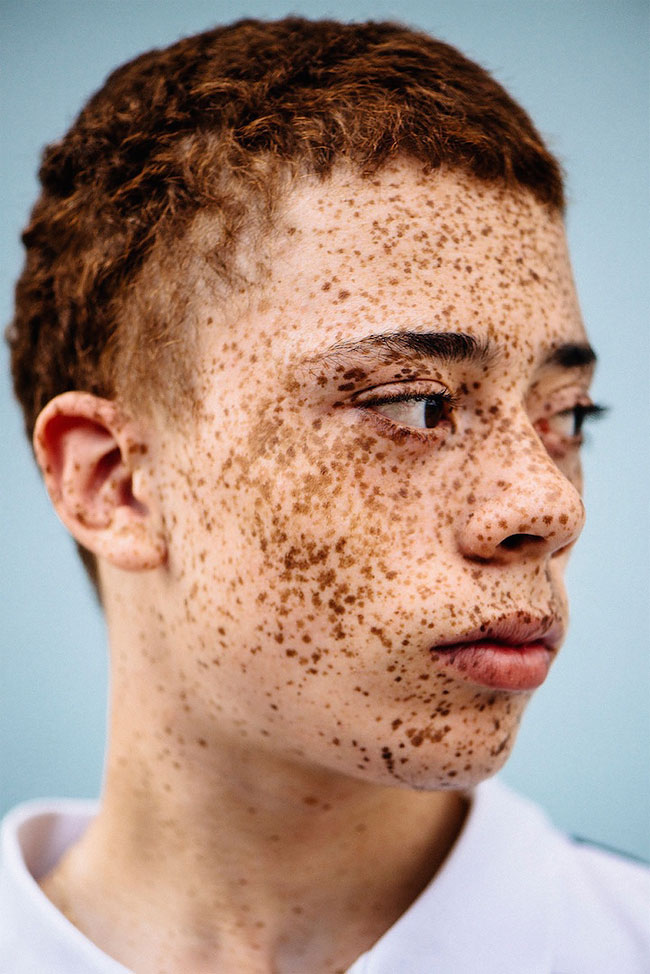 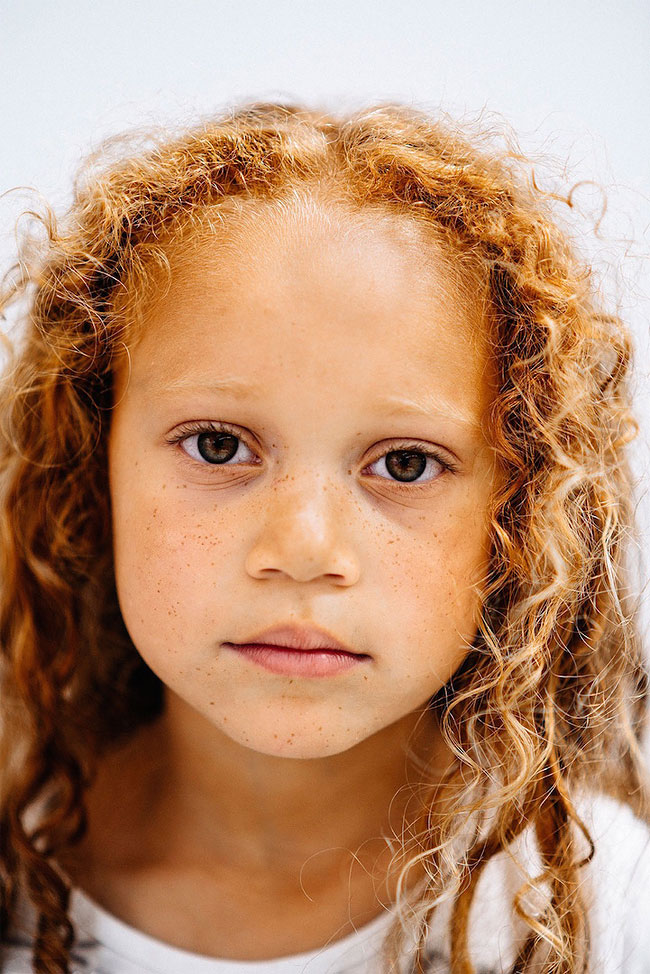 Artist Colorized Vintage Portraits Of LGBT Couples To Show Beauty And Support For The LGBTQ+ Community
Photographer Dad Creates Horror Photos Together With His Daughters
Frame and Glory: Artist Captures Improvised Goalposts Around the World
Stunning Artistic, Portrait and Surreal Photography by Man Ray in the 1920s and ’30s
"Symbiosis Of Working And Living": Claustrophobic Homes Of Beijing In Stunning Photographs By Alina Fedorenko
Artist Using Photoshop Technique to Manipulate Bizarre Christmas Photos With Her Beloved Dog
A Man Studied Photography In Prison. These Are The Photos He Took When He Got Out.
“Men & Cats” Photoseries By David Williams
The Astronomy Photographer of the Year 2014 Contest
Photographs Capture What Remains Of ‘Old Shanghai’
"Nightshift": An Illuminated Glimpse Into Shanghai’s Late Night Shops And Stalls
Homeless Couple Get A Makeover And A Surprise Charity Wedding After Being Together For 24 Years
Photographer Asked Celebrities To Reveal Their Public And Private Personalities In Intimate Double-Portraits
Photographer Peter Thorne Captures Adorable Photos Of Toronto’s Chubby Cats
Veteran Storm Chaser Captures The Stunning Beauty Of Deadly Monsoons In Arizona
Alone Together: Photographer Portrays Ordinary People In Their Homes In A Downbeat And Ultra-Stylised Manner
Margarita Nikitaki Takes Claustrophobic Photographs Of Athens’ Cityscapes
Amazing Vintage Photographs Documented Inca Culture And Life In Peruvian Andes, Captured By Martin Chambi In The Early 20th Century
Smithsonian Magazine's 2013 Photo Contest
Choose The People’s Choice Award For Wildlife Photographer Of The Year
"The Forgotten Dream": Photo Manipulations That Show What If 1900s Immigrants Arrived In Present Day New York City
30 Best Wedding Photos Of FdB Photography Awards
The Secret Lives Of Star Wars Villains
Rare and Amazing Photographs of Warsaw, Poland From the 1850s
beautiful, diversity, explores, photographer, redheads

Wasteland Weekend 2019: Crazy Faces, Costumes And Vehicles Of The World's Biggest Post-Apocalyptic Desert Festival
This Travel Account Will Make You Feel Like A Kid Again
Photographer Added Teeth And Smiles On Professional Baby Photos And It’s… Creepy
Typhoon Guchol Hits Across Japan
Beauty And The Beast: Storm Chaser Captured Stunning Images Of His Wife Poses In Front Of Epic Storms
Gorgeous Lifestyle And Beauty Portrait Photography By The Russian Photographer Alexey Polskiy
Filippa K by BVD
Believe It Or Not, These People Submitted Their Actual Photos For Consideration As A TV Weather Forecaster In The 1980s
This Guy Shows The Secret Side Of Glamorous Instagram Photos
Photographer Brent Stirton Captured Magnificent Images Of Mursi Warriors Of The Omo Valley In Ethiopia
Source of inspiration since 2007. Proudly hosted by WebHostingBuzz.
Privacy Policy · Terms of Service · Content Removal Policy 🇺🇦 ❤️