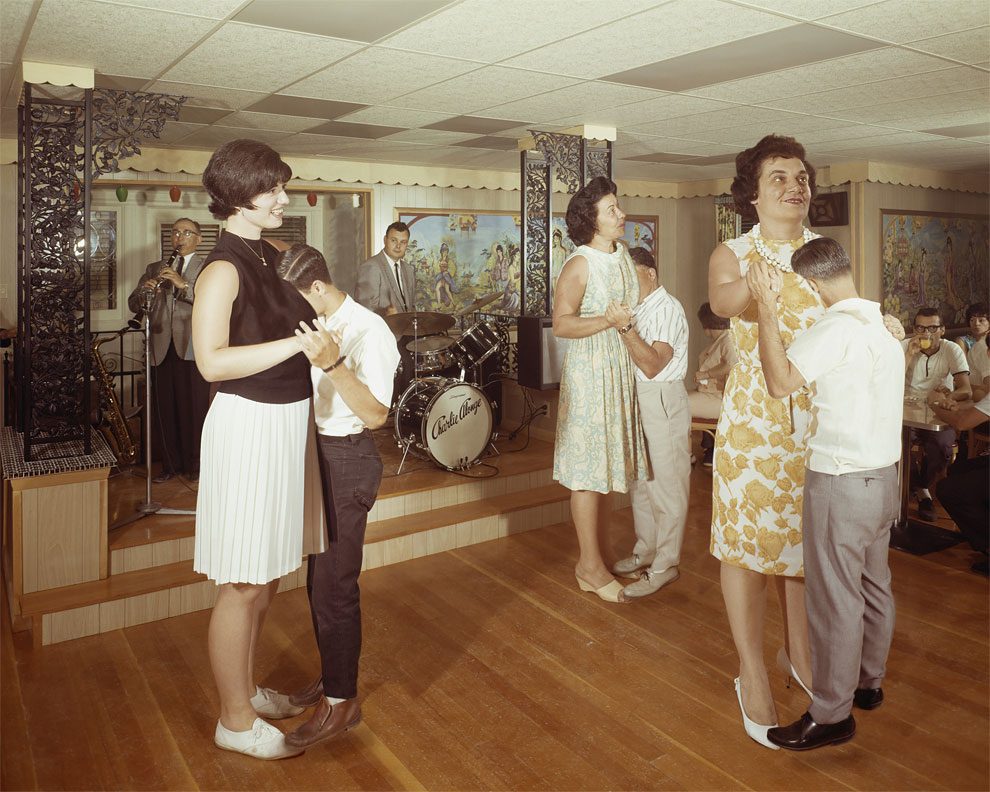 In Weronika Gęsicka’s unsettling images, American archive photography gets distorted into scenes that are both nightmarish yet somehow entirely plausible. Gęsicka is a guest artist at the Circulations festival for young European photographers, Paris, until 5 March. 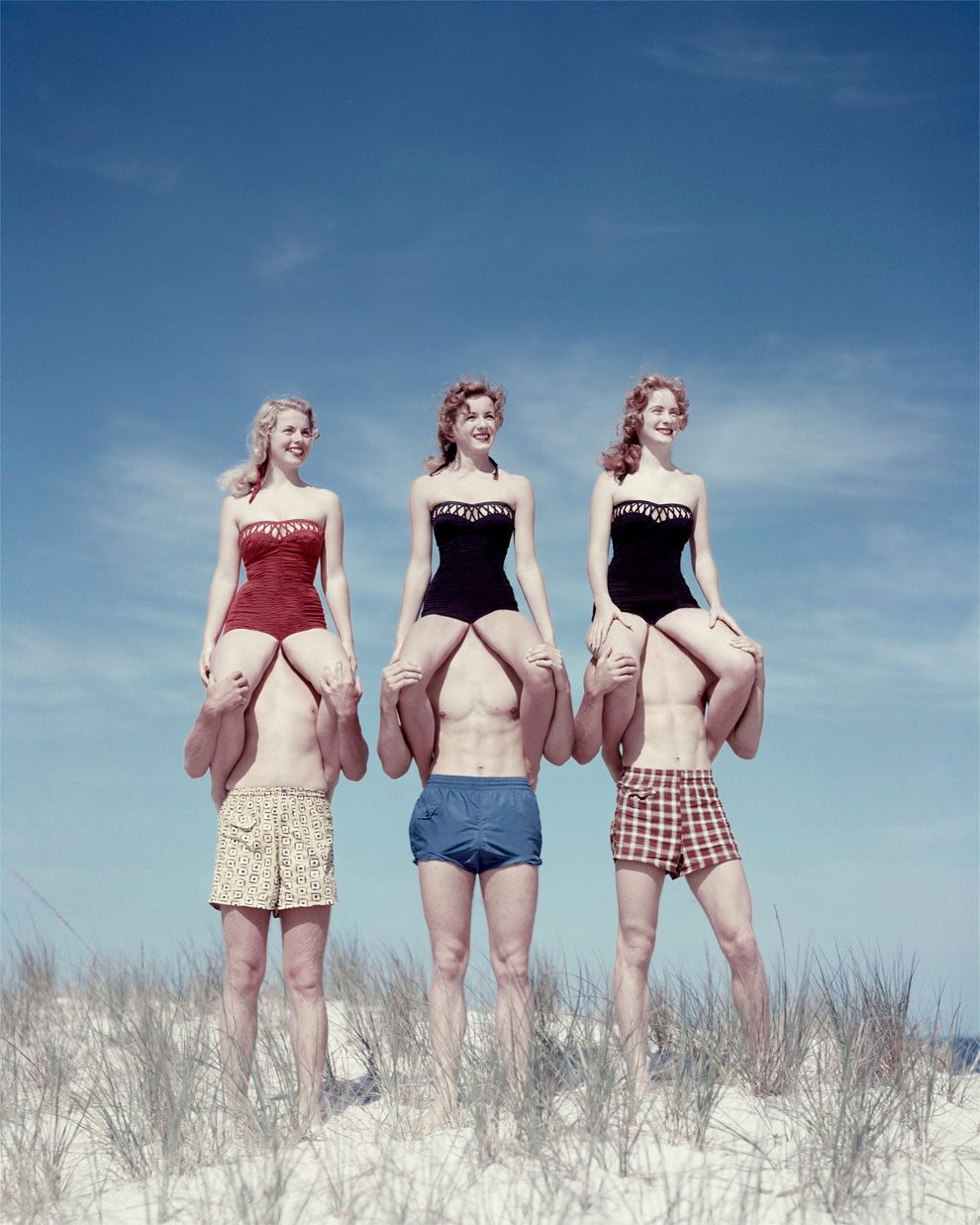 “The project is based on vintage photographs purchased from an image bank”, Gęsicka explains. “Most of these photos came from American archives from the 1950s and 1960s”. 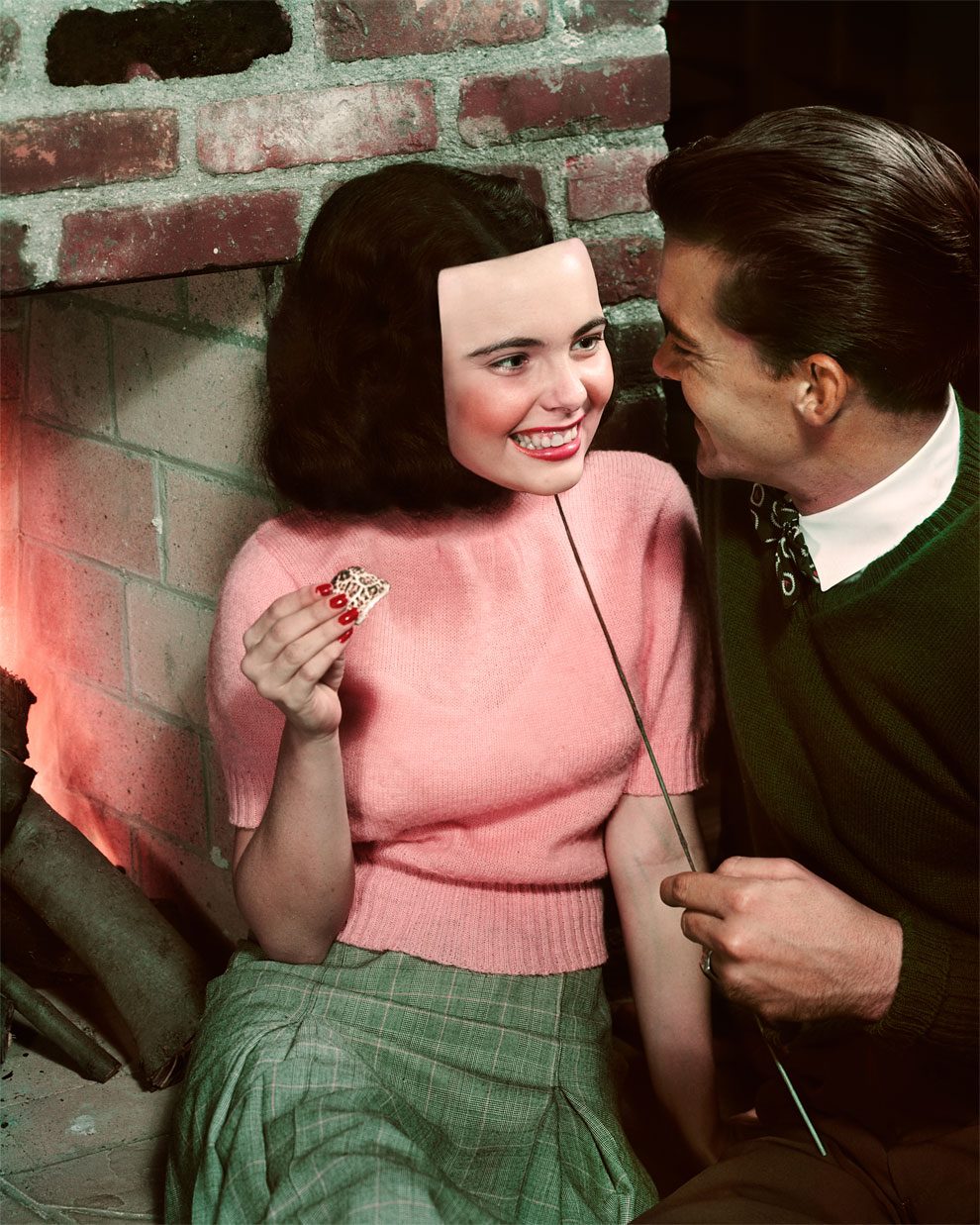 “Family scenes, vacation souvenirs, everyday life, suspended anywhere between truth and fiction. It is hard to figure out whether they are spontaneous or entirely staged”. 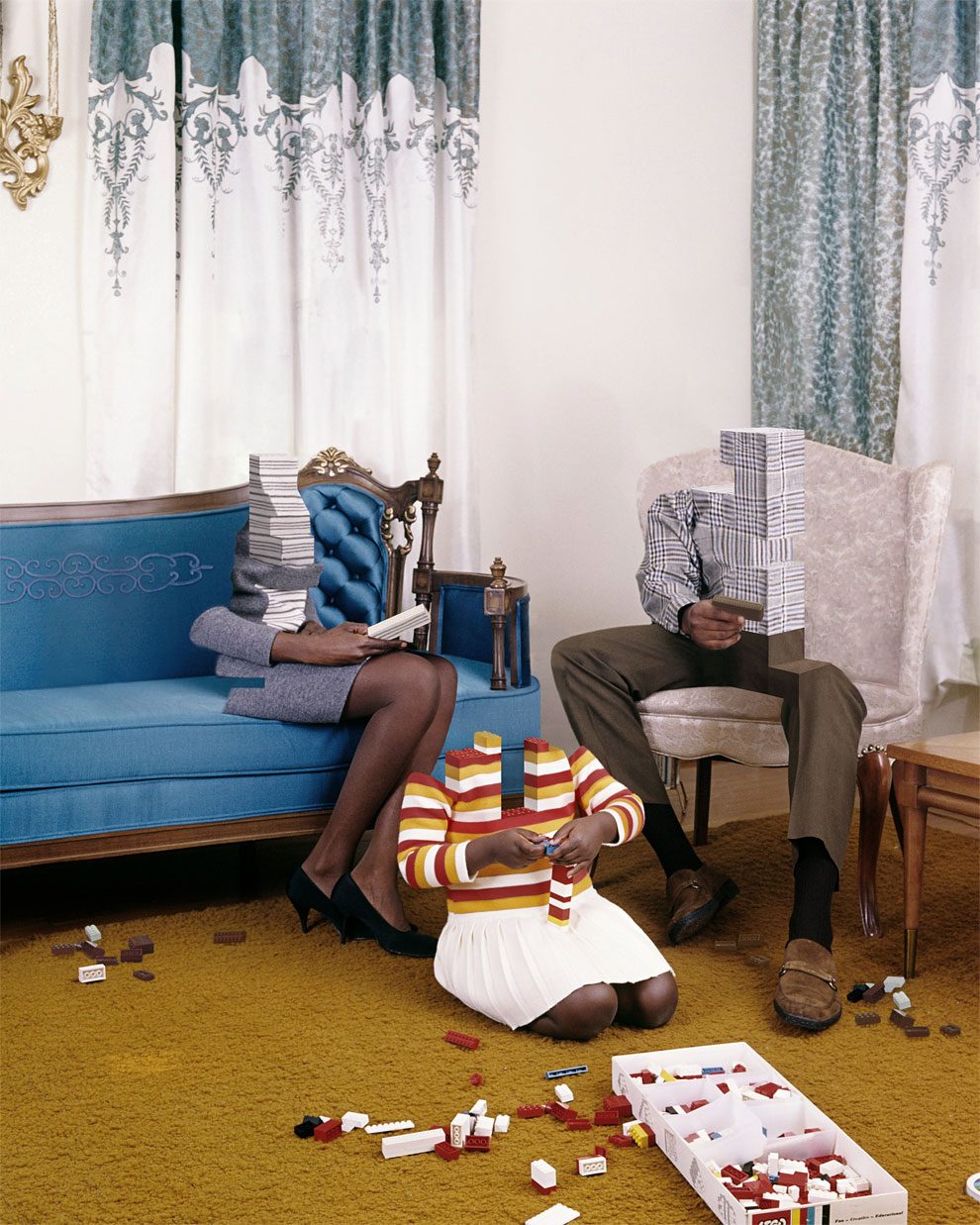 “We know nothing of the actual ties between the individuals in the photographs; we can only guess at the truthfulness of their gestures and gazes”. 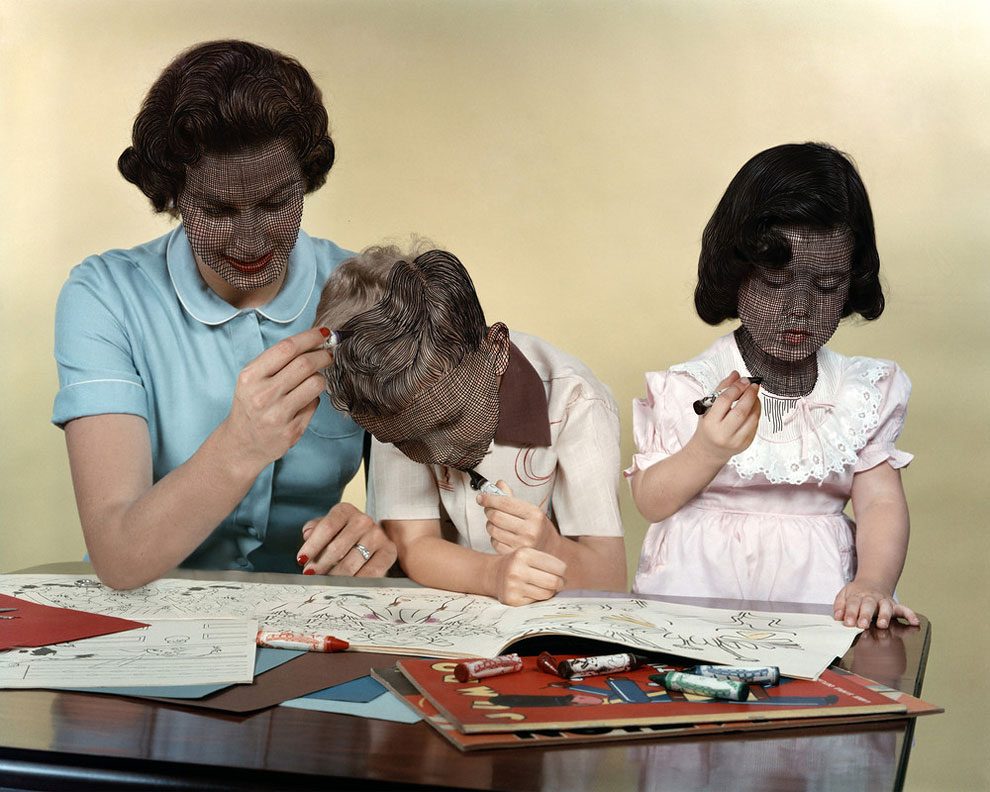 “Who are, or were, these people in the images? Are they actors playing happy families, or real persons whose photos were put up for sale by the image bank? That is not fully clear”. 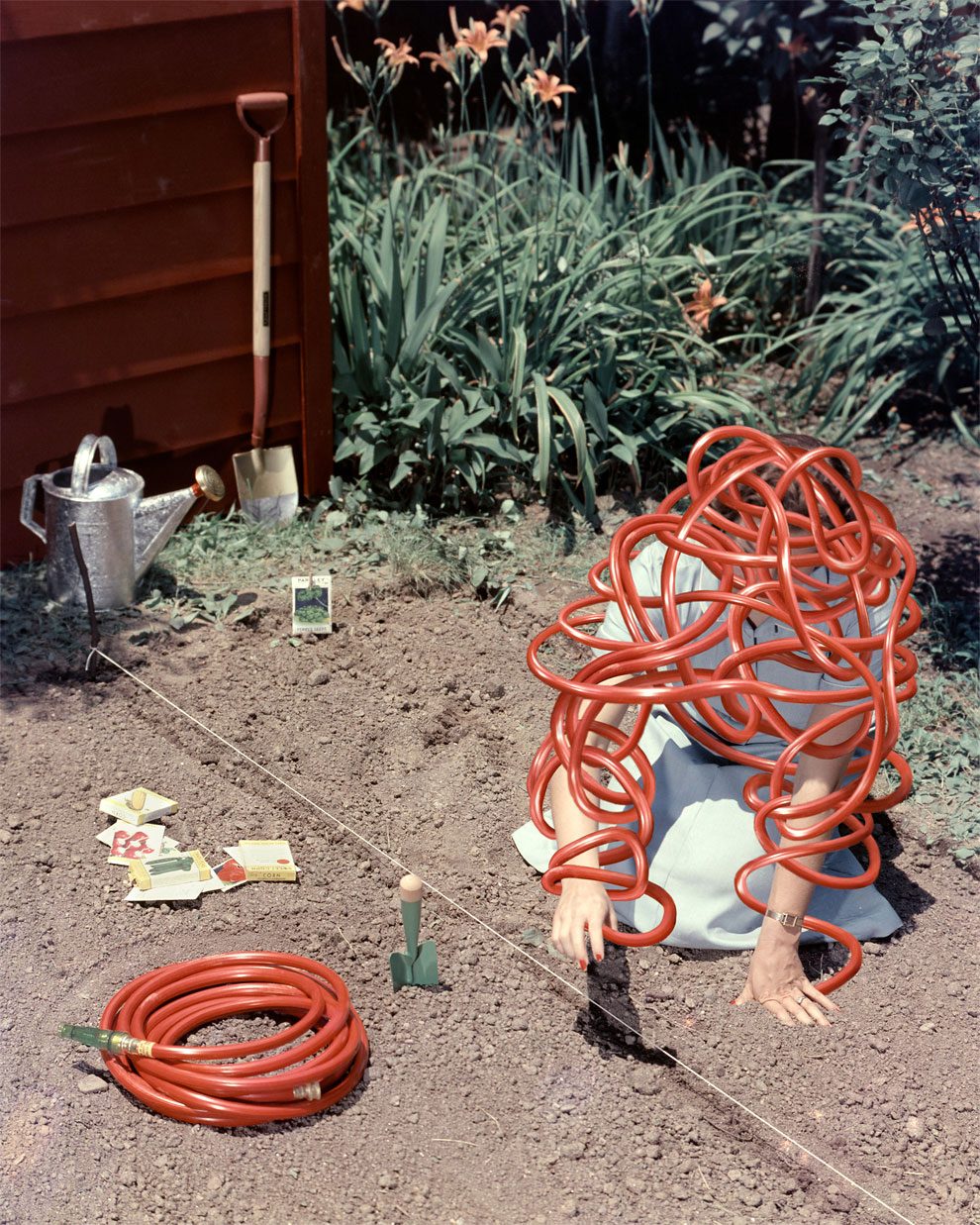 “What usually influences my choice of a photograph for a project are details that draw my attention from the first: any specific gestures, objects, background elements”. 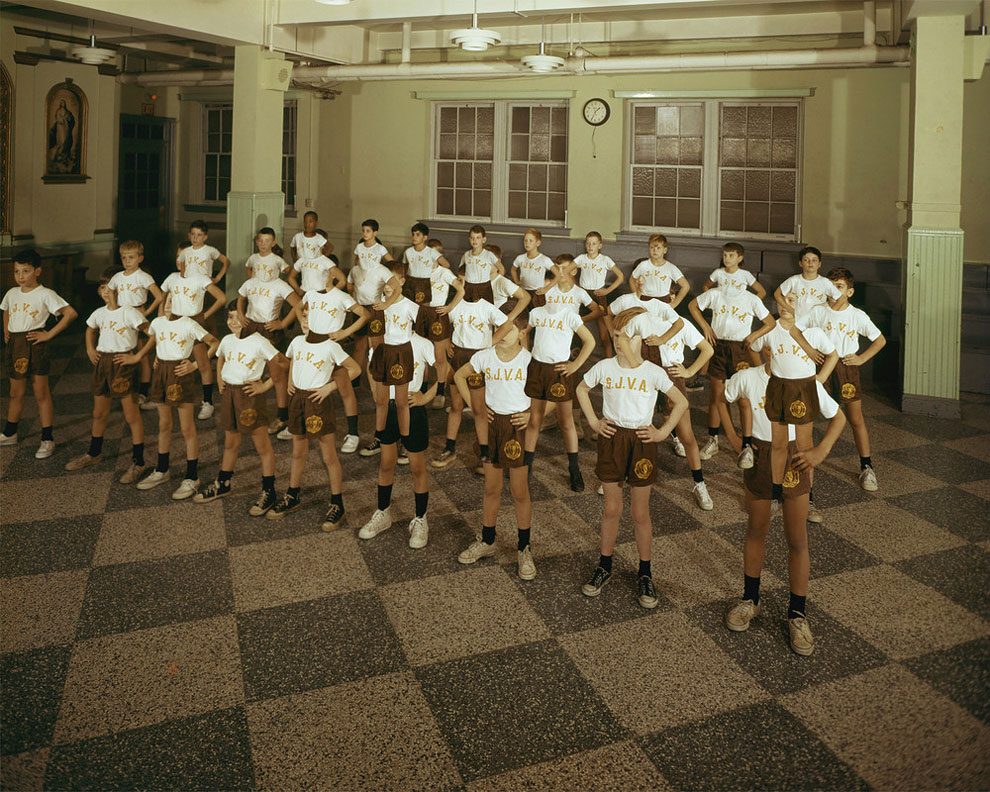 “I try to erase, as much as I can, the difference between an original image and my own alteration, creating a completely new history at the same time”. 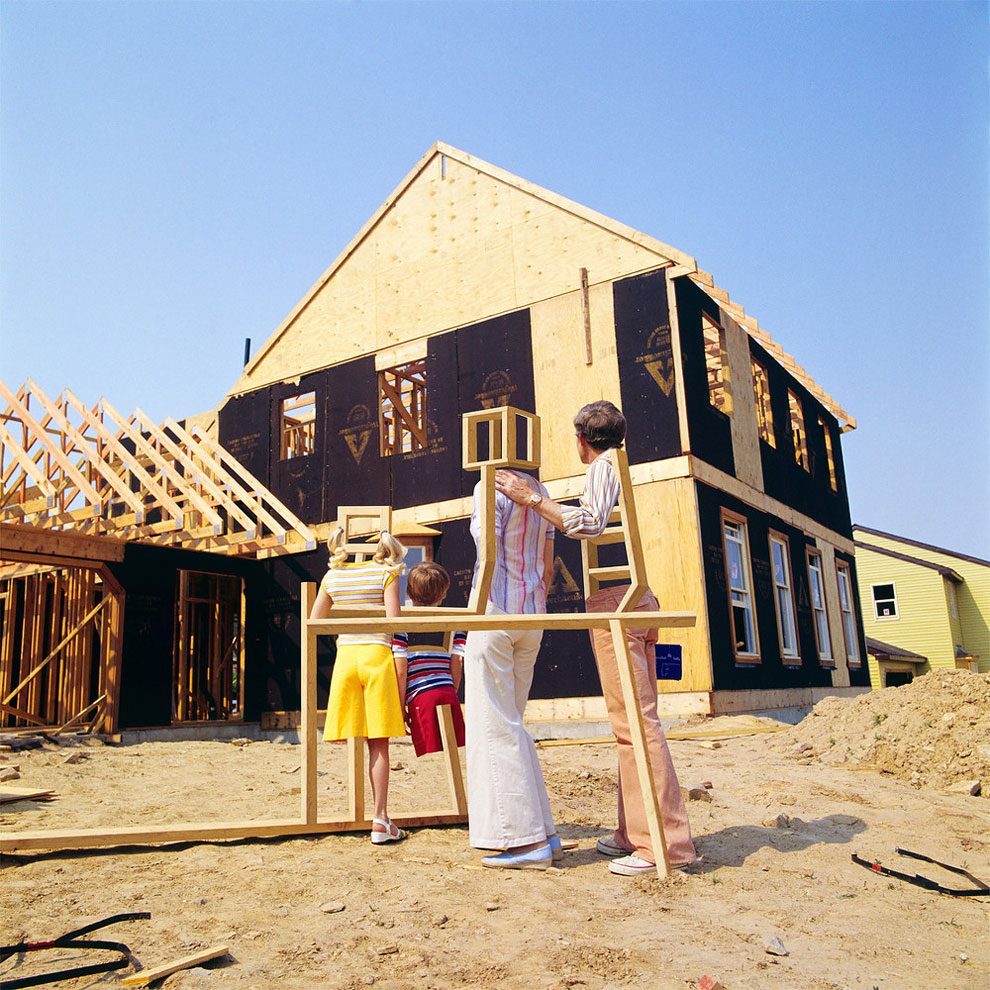 “These photos, modified in various ways, are wrapped in new contexts: our recollections of people and situations are transformed and gradually blur”. 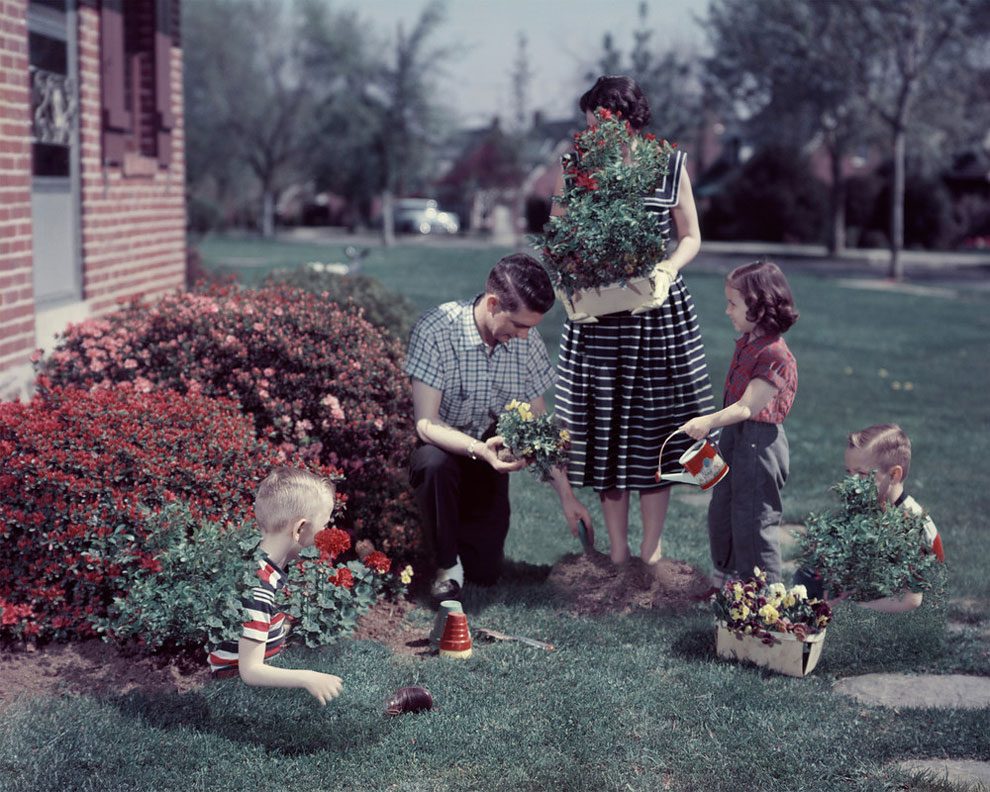 Gęsicka was born in 1984 in Włocławek, Poland, and went on to study at the Academy of Fine Arts in Warsaw.

As well as photography, she says she “alsocreates objects and artefacts, often in collaboration with craftsmen and sometimes with other artists”. 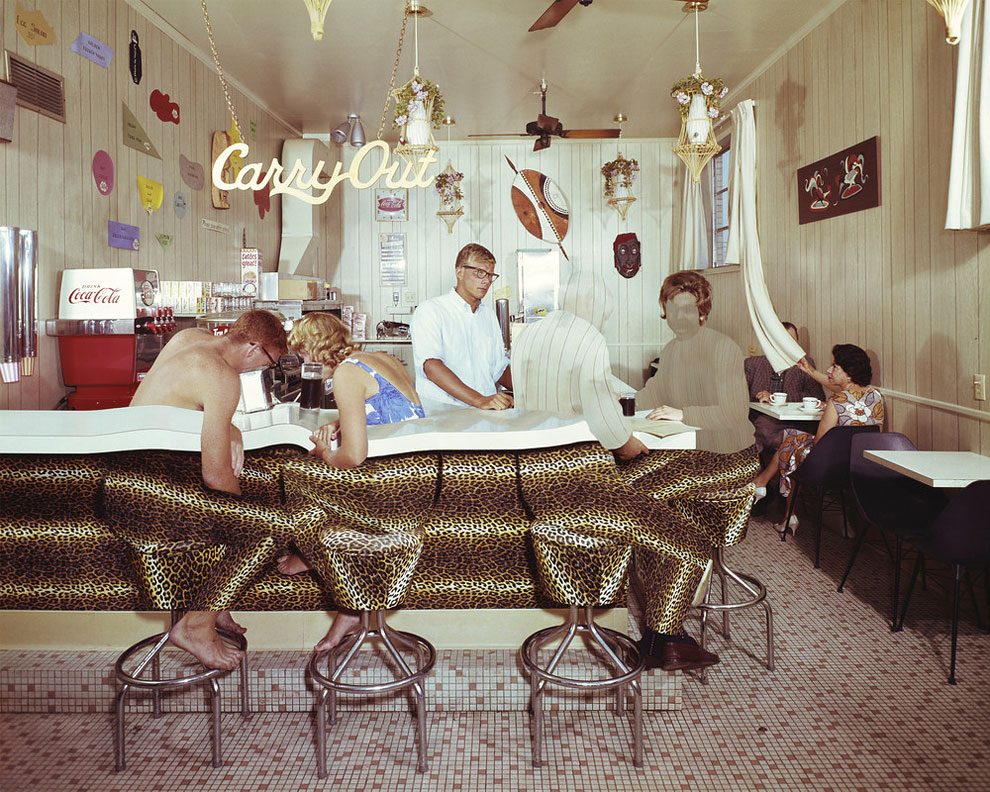