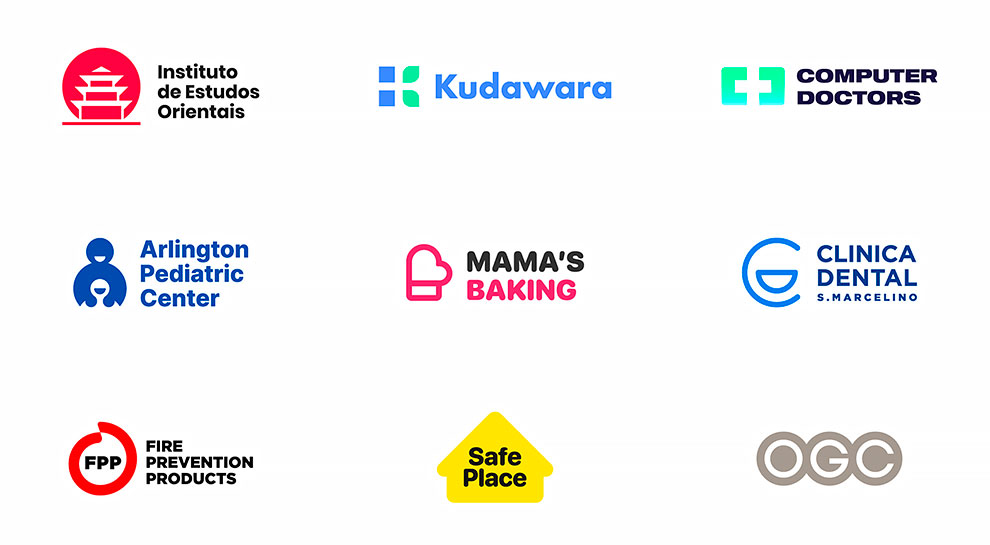 A brand logo can make it or break it in the big game. Just look at the most iconic ones—from Apple to Nike, there’s something genius, yet so simple about them. But that’s an exception rather than a rule.

The Italian graphic designer Emanuele Abrate knows very well how bad some logos can be. From unclear messages and typography gone wrong to designs that are just too afar to be saved altogether, these are some of the problems Emanuele is targeting in his new project. And “The worst logos ever, redesigned” does exactly what it says. Emanuele has picked 9, in his opinion, of the worst logo faux pas that could be saved from a distasteful limbo. He interpreted them in his own ways and the results are in down below.

This is probably the most famous example of a logo with an ambiguous message. The shapes of the pictogram are simple and essential, but maybe too much? I wanted to keep the concept unchanged, working on the negative space and enhancing the figure of the pagoda. The outline has been eliminated to give the logo a fresher and more modern look. The typography has been aligned with the pictogram to assume greater importance and has been converted into a sans serif to better match the symbol. 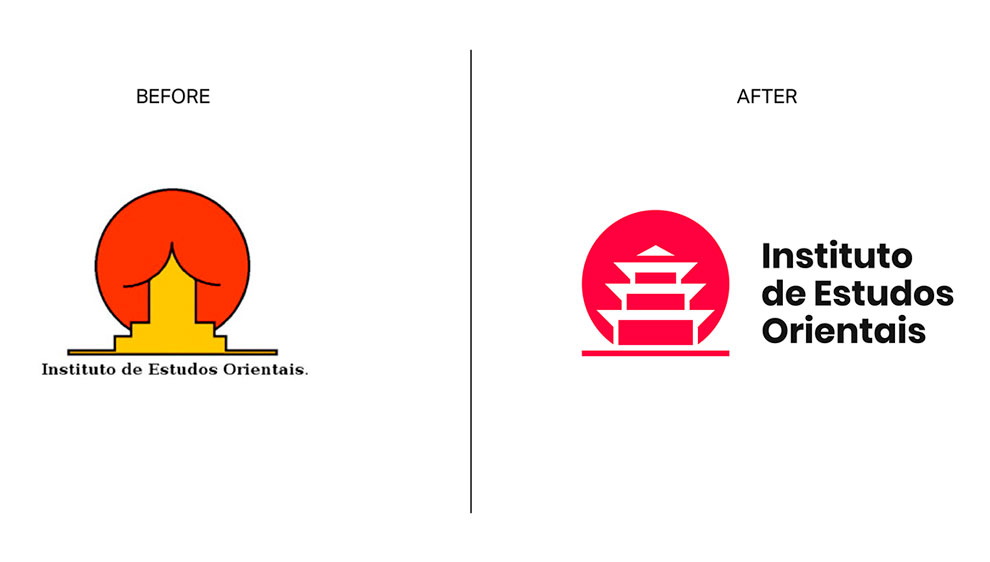 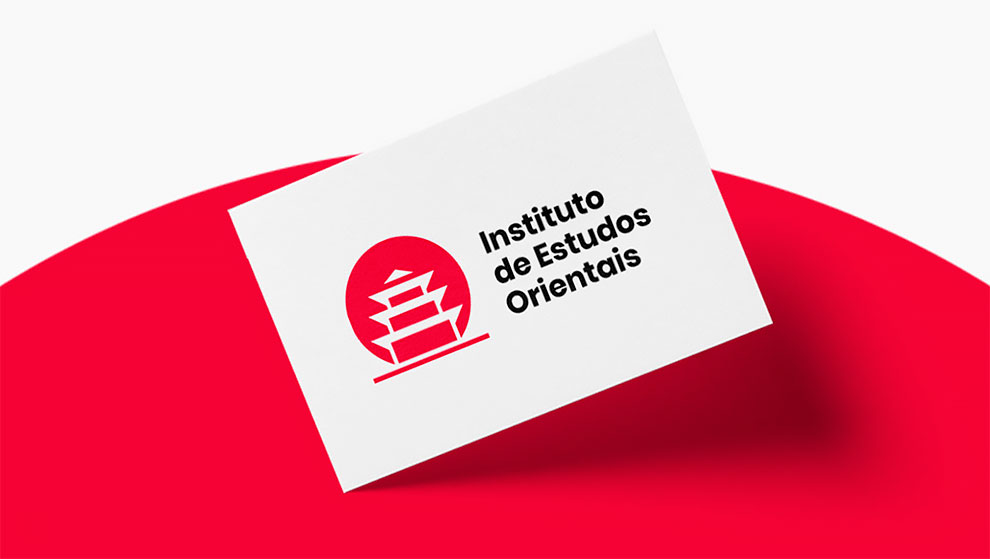 The problems of this logo are many: poor use of typography, disproportionate elements and last but not least a use of shapes that creates an ambiguous message. I wanted to delete everything, keeping only the use of the K as lettermark and a similar color palette. I used simple shapes to build the letter K and give a sense of trust linked to nature. In the negative space you can also see a cross (a distinctive element in the pharmaceutical field). 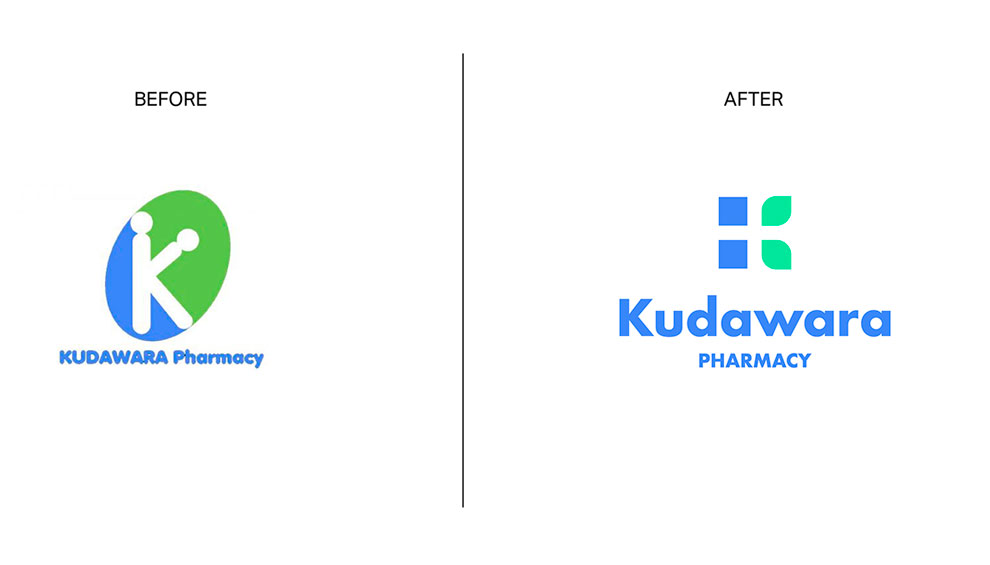 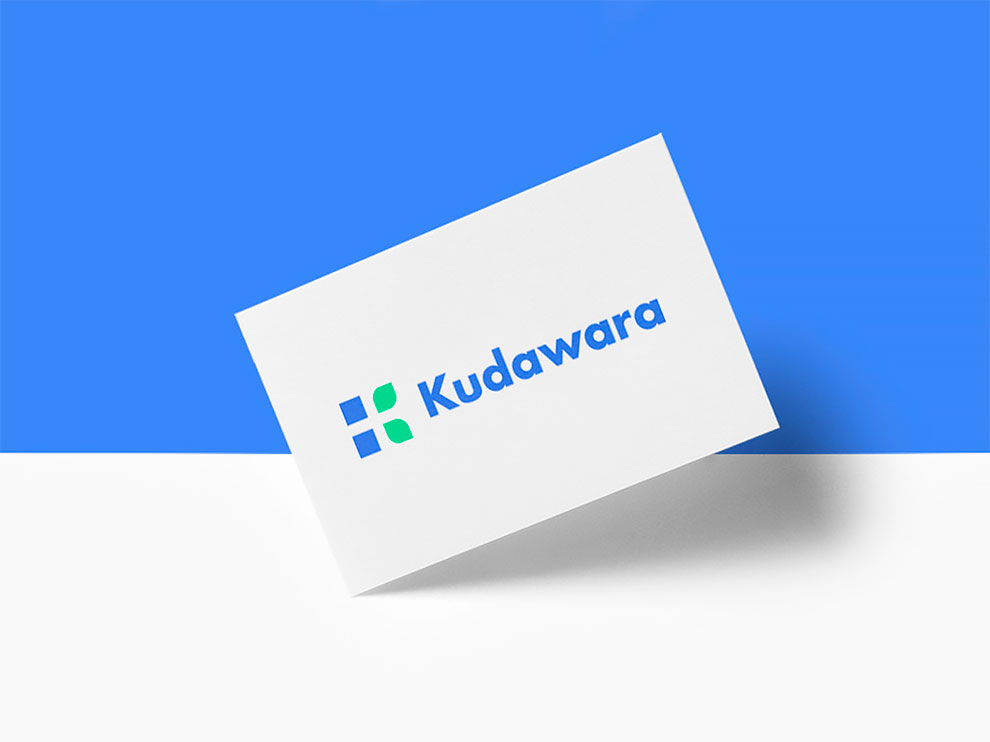 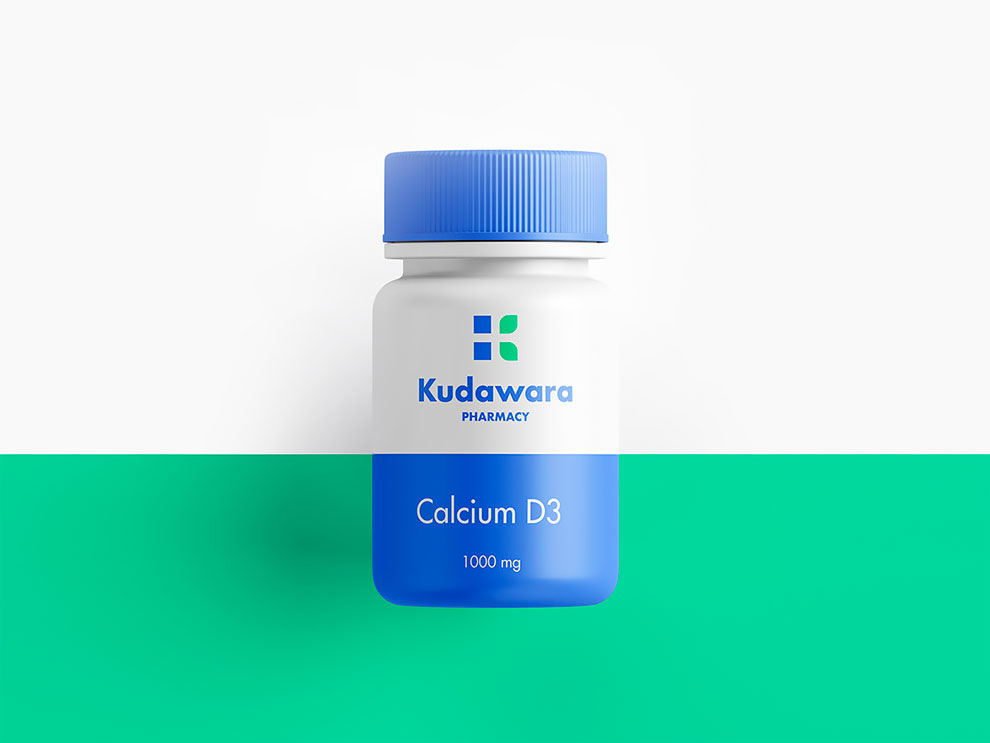 Nothing could be saved of this design, so, I wanted to work on a completely new concept that would combine the world of technology and the world of healthcare.The idea behind the new logo was to start from the shape of a monitor to insert a cross in the negative space and at the same time enhance the initial letters C and D.​​​​​​​ 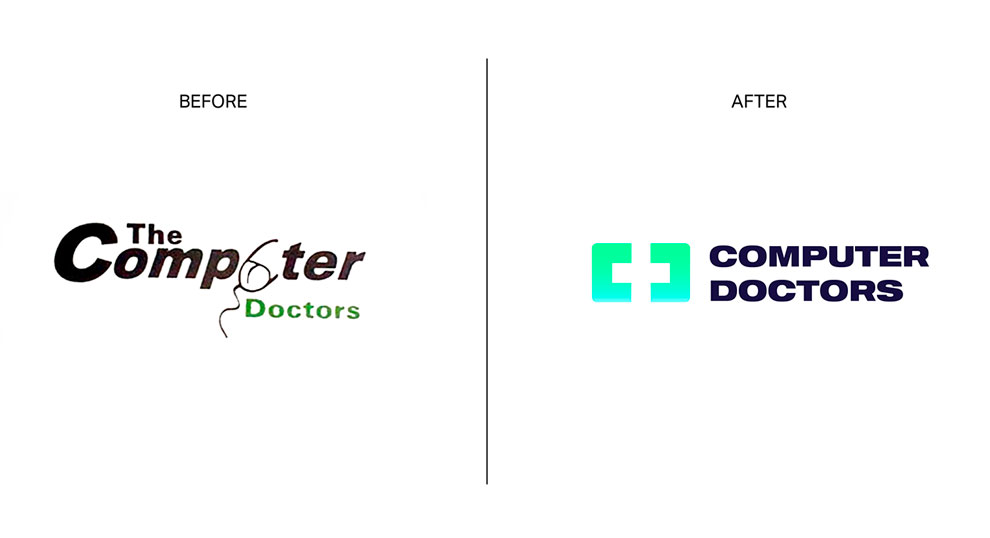 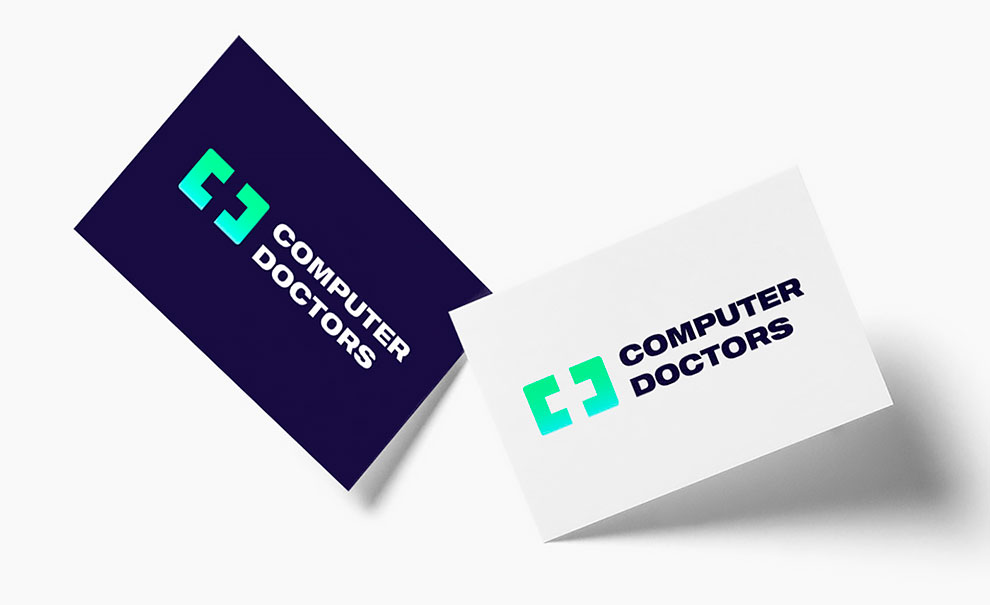 The new logo starts from the same concept, but reinterpreting it in such a way as to remove any misunderstandings and give a sense of greater confidence. The simple and circular shapes make the pictogram more friendly and warm, as well as the smiles of the two characters. The typography has been replaced by a more modern but still institutional sans serif.​​​​​​​ 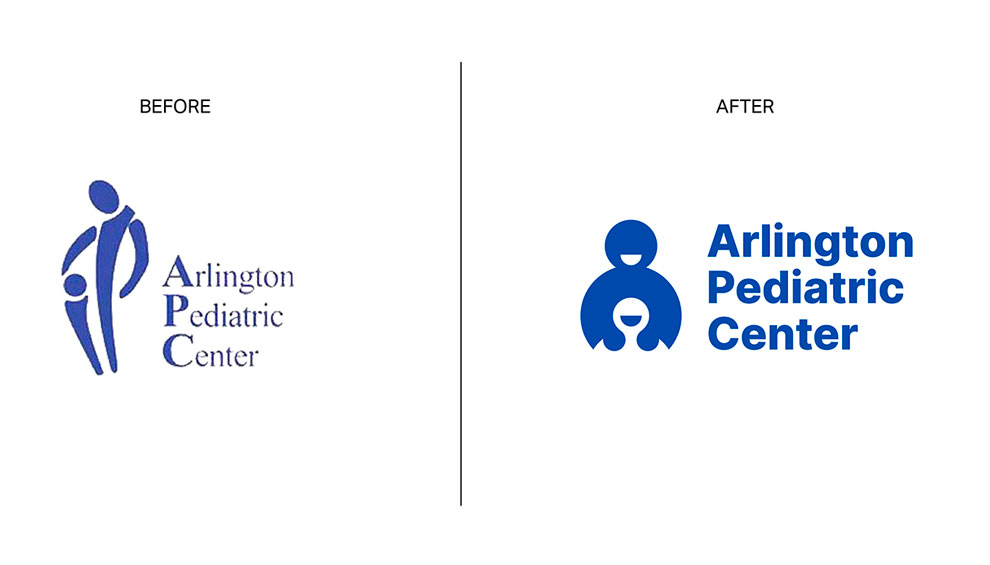 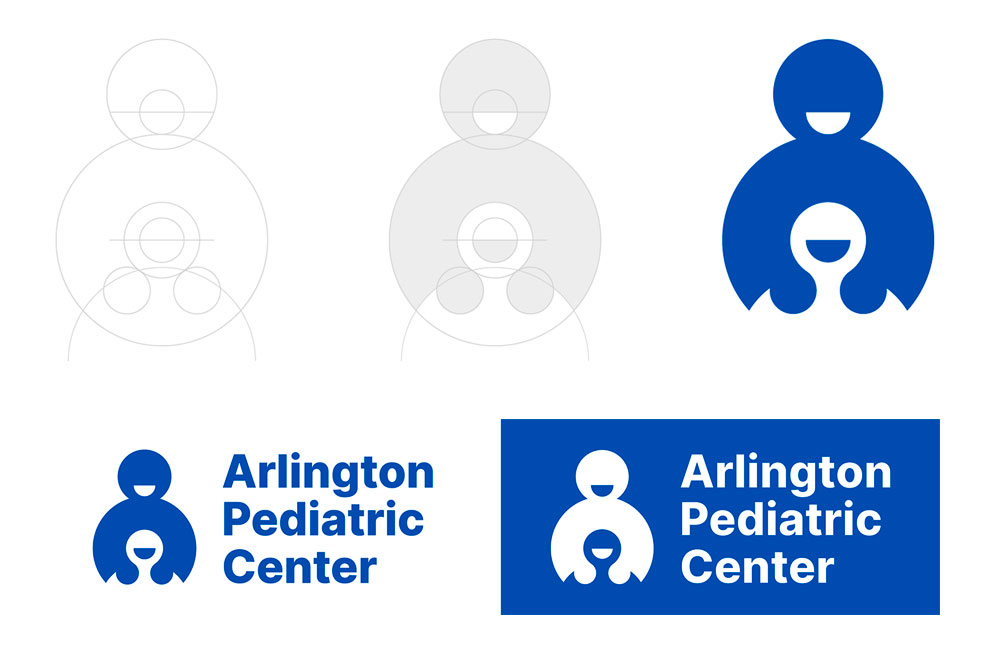 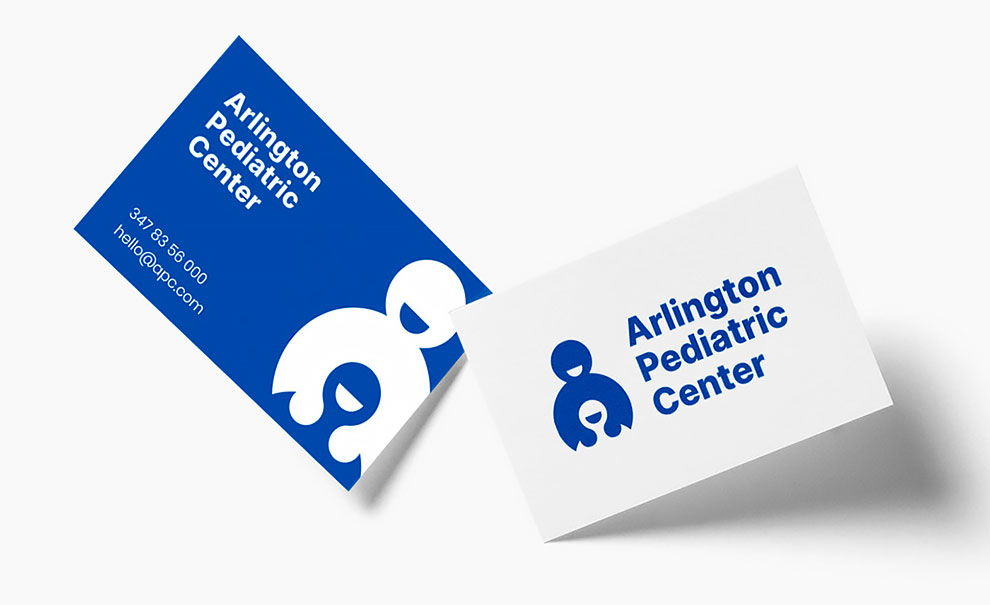 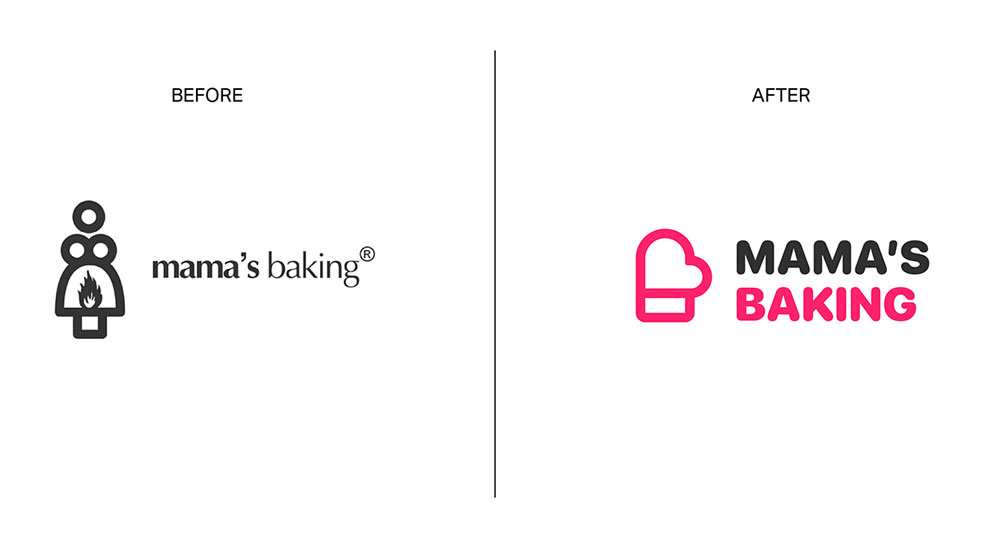 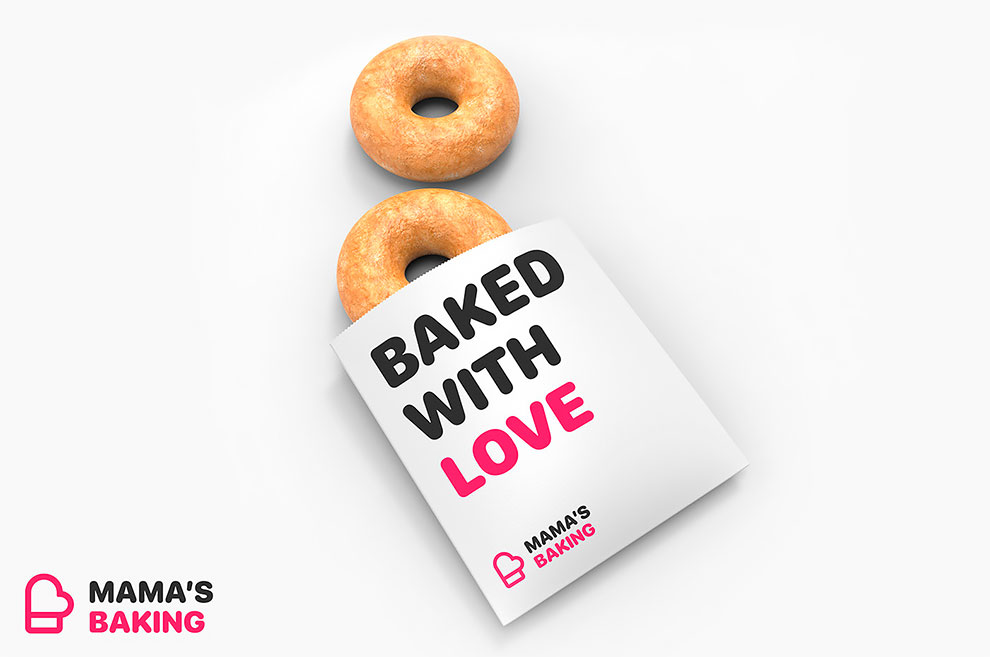 A dentist or a seducer? The logo of this dental practice is quite ambiguous, so I decided to come up with a new, simpler and less descriptive solution. The letters C and D are arranged to form a smiling face. The clean, rounded lines and the blue colour are intended to convey a sense of confidence and cleanliness.​​​​​​​ 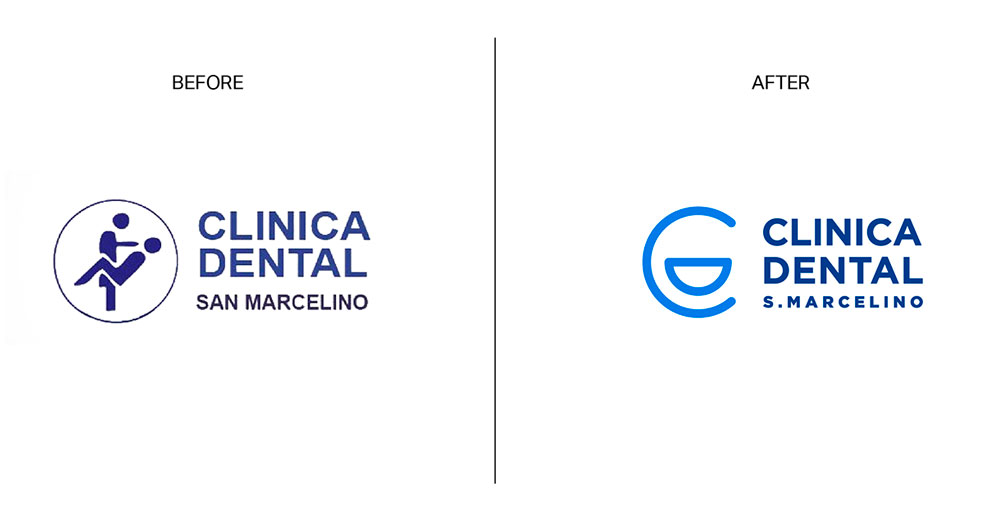 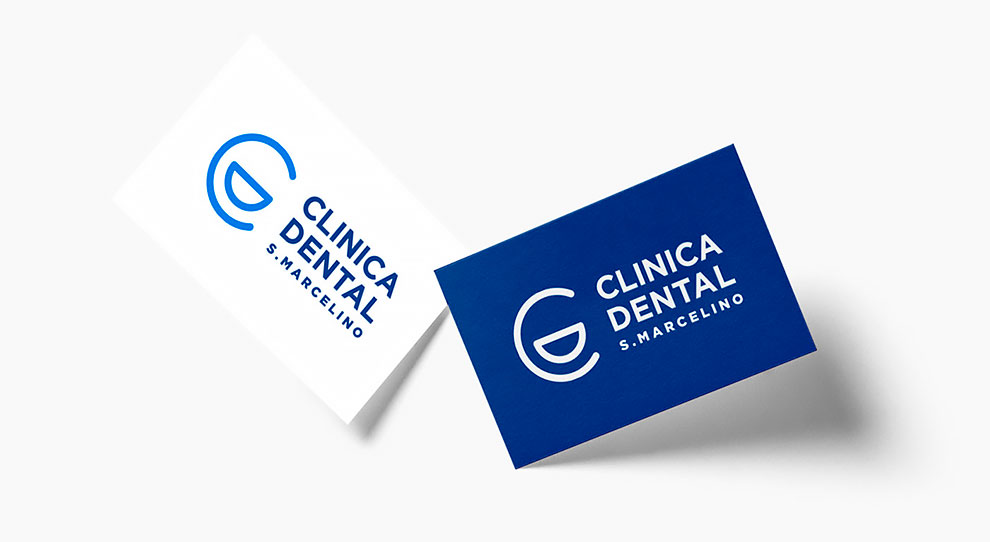 This logo suggests that something “down there” is on fire, uh là là! Not quite the sense of protection one should expect. That’s why I decided to develop a new concept starting from circular shapes that enclose the figure of a flame in the negative space. The name has been shortened with the acronym “FPP” enclosed in the form for a greater recognition even without the full text. 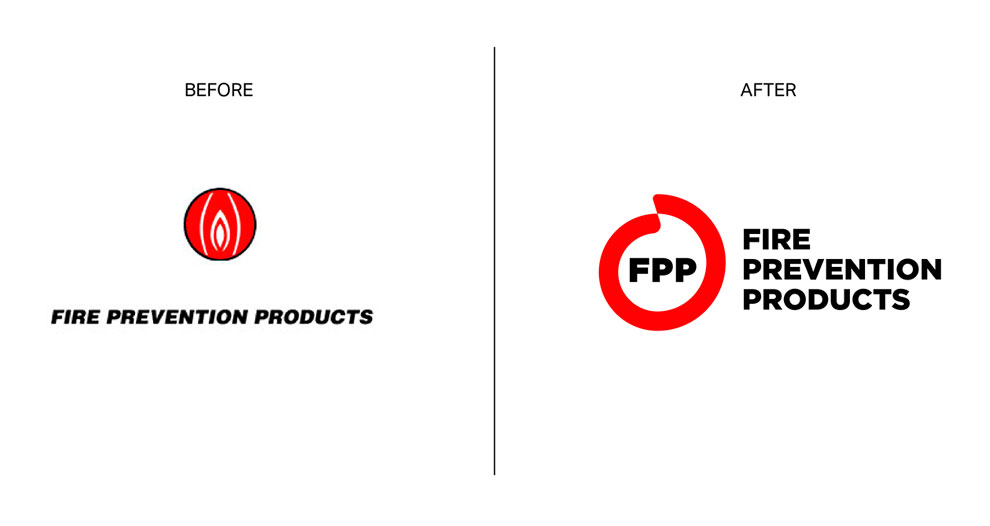 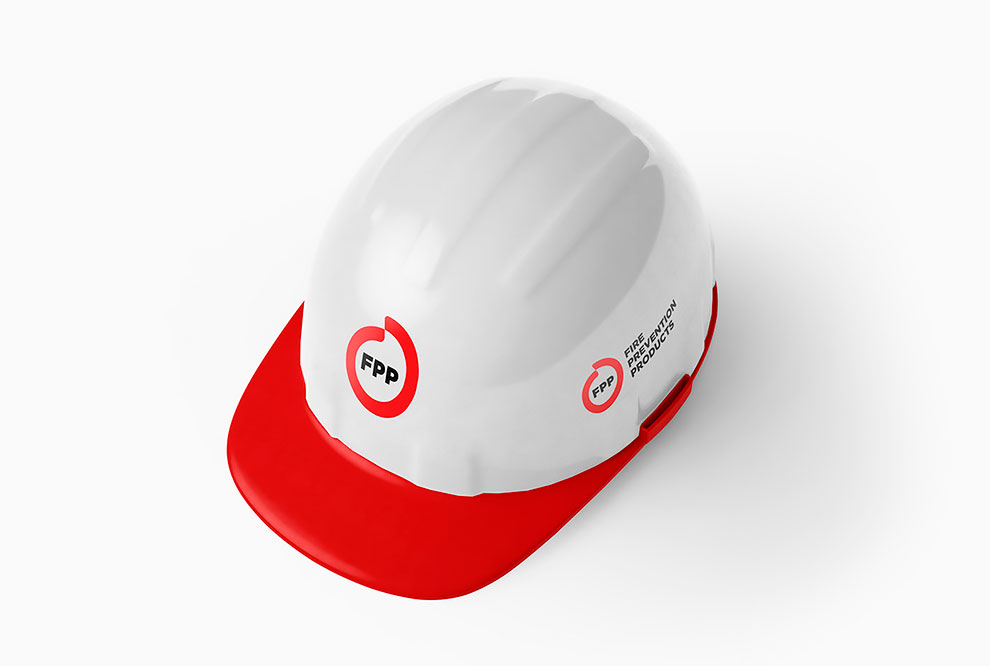 There is really too much in this logo: shapes inside one shape inside another shape. Also, the main figure instead of conveying confidence appears a little disturbing. Ok, let’s do some tidying up, let’s take away everything that is superfluous: the house is the only really evocative element of this logo and so, let’s enhance it! 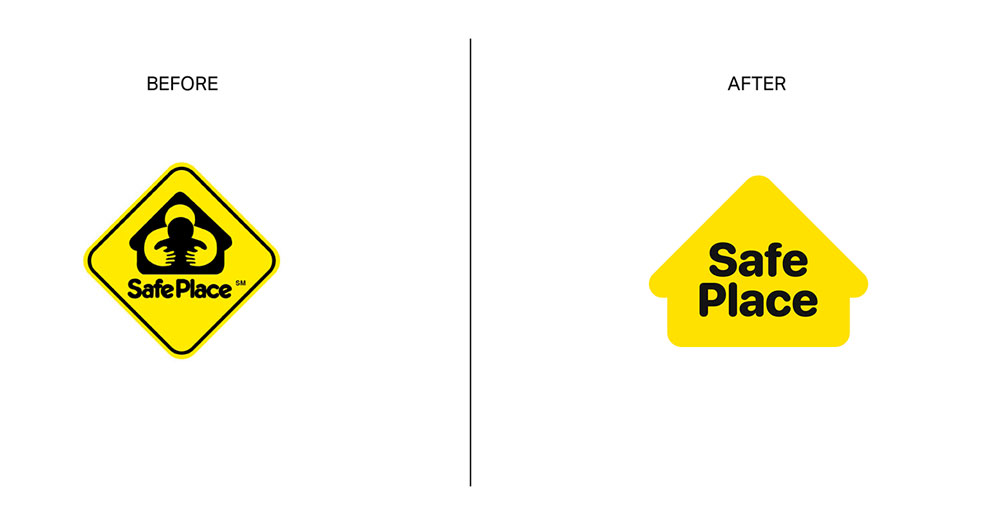 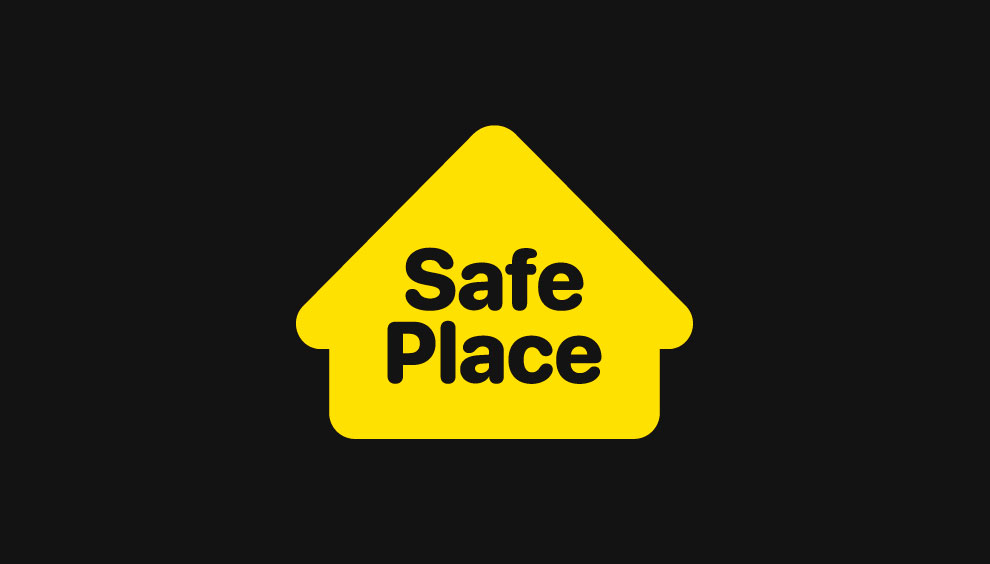 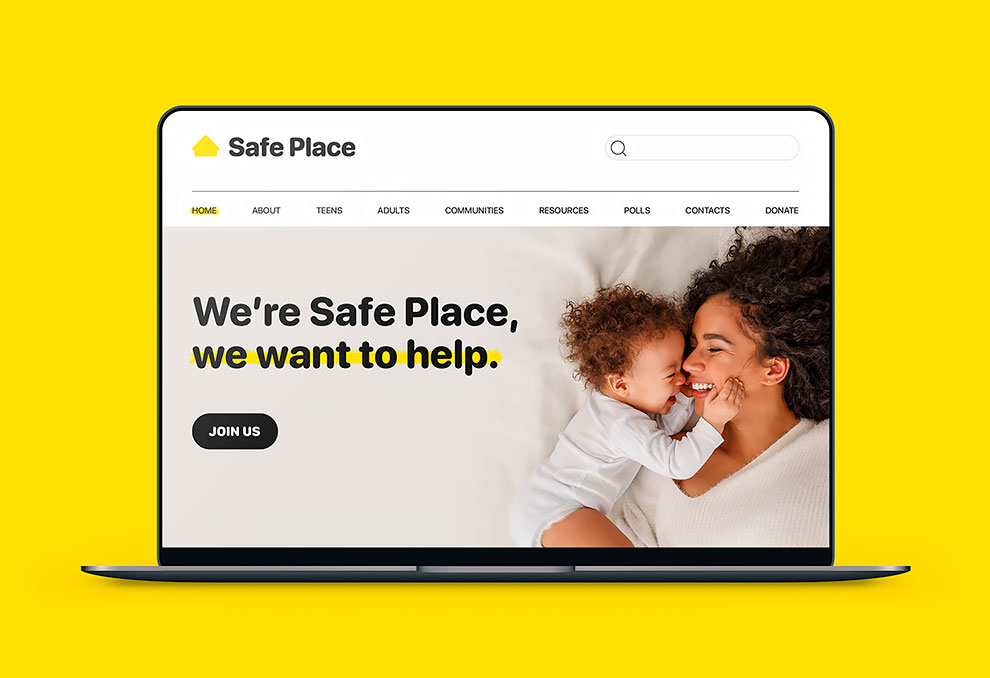 OGC is a logo that apparently has nothing wrong with it: it is an acronym with three sans serif circular letters very close to each other, but by rotating the logo you can see a rather embarrassing figure (definitely not a good move for a government agency). For this reason, I decided to look back at the previous logo to make a restyling that would enhance the letters better, eliminating the outline for a more modern and current look, removing the problem of the ambiguous message. 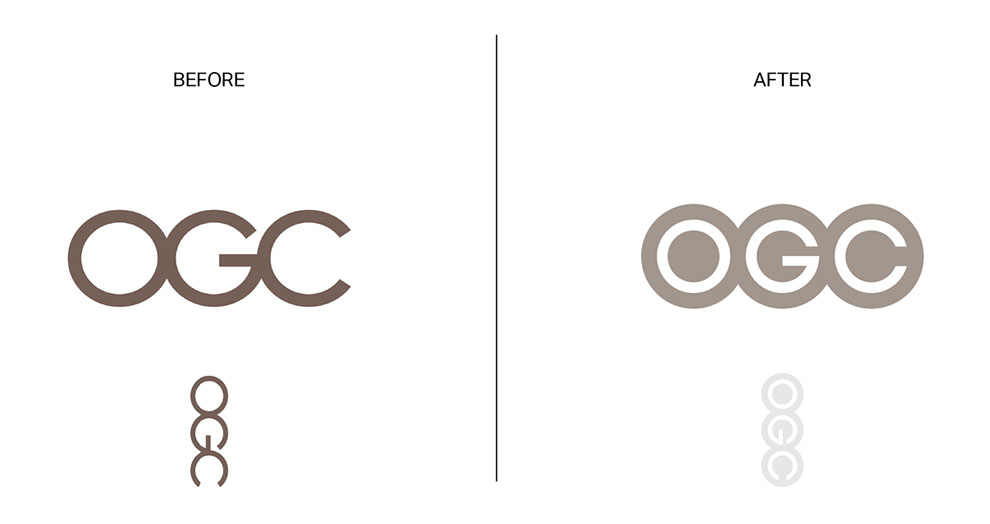 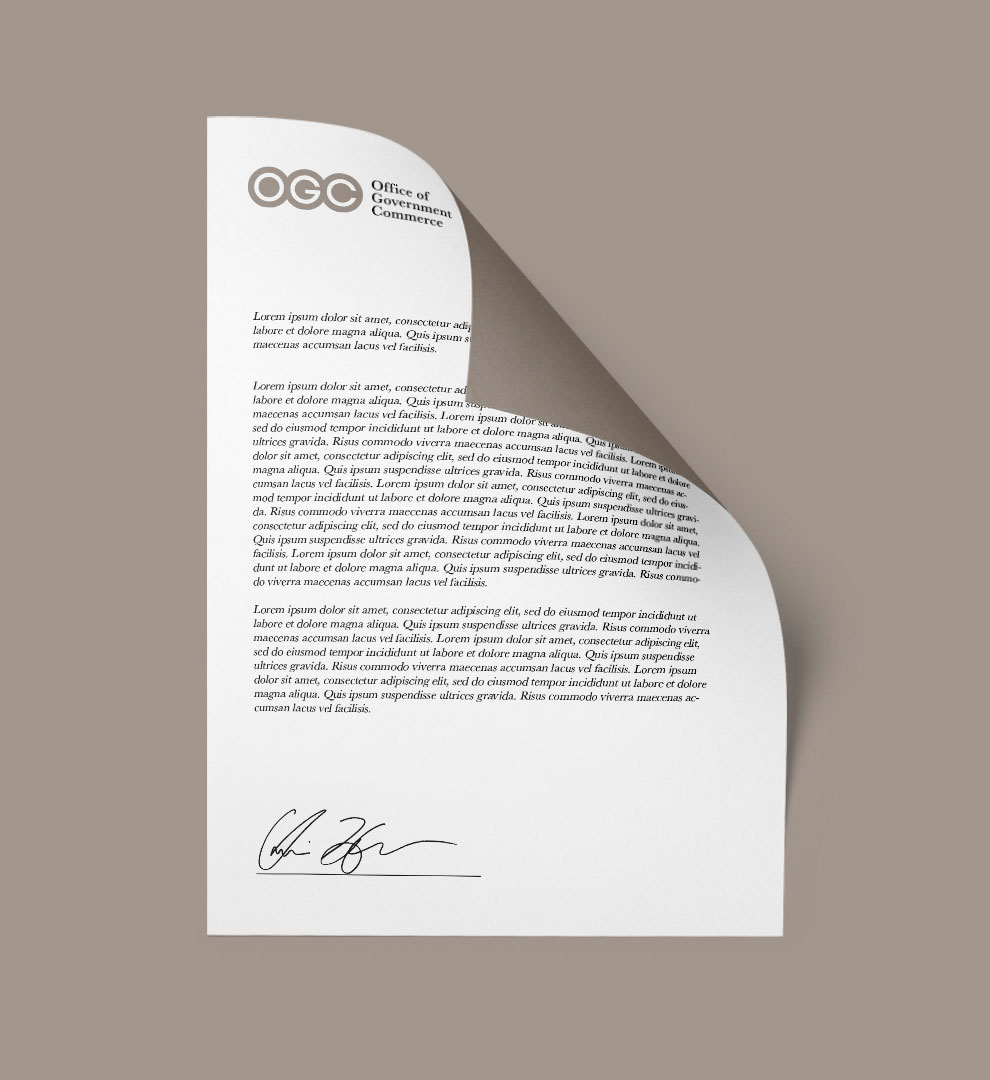 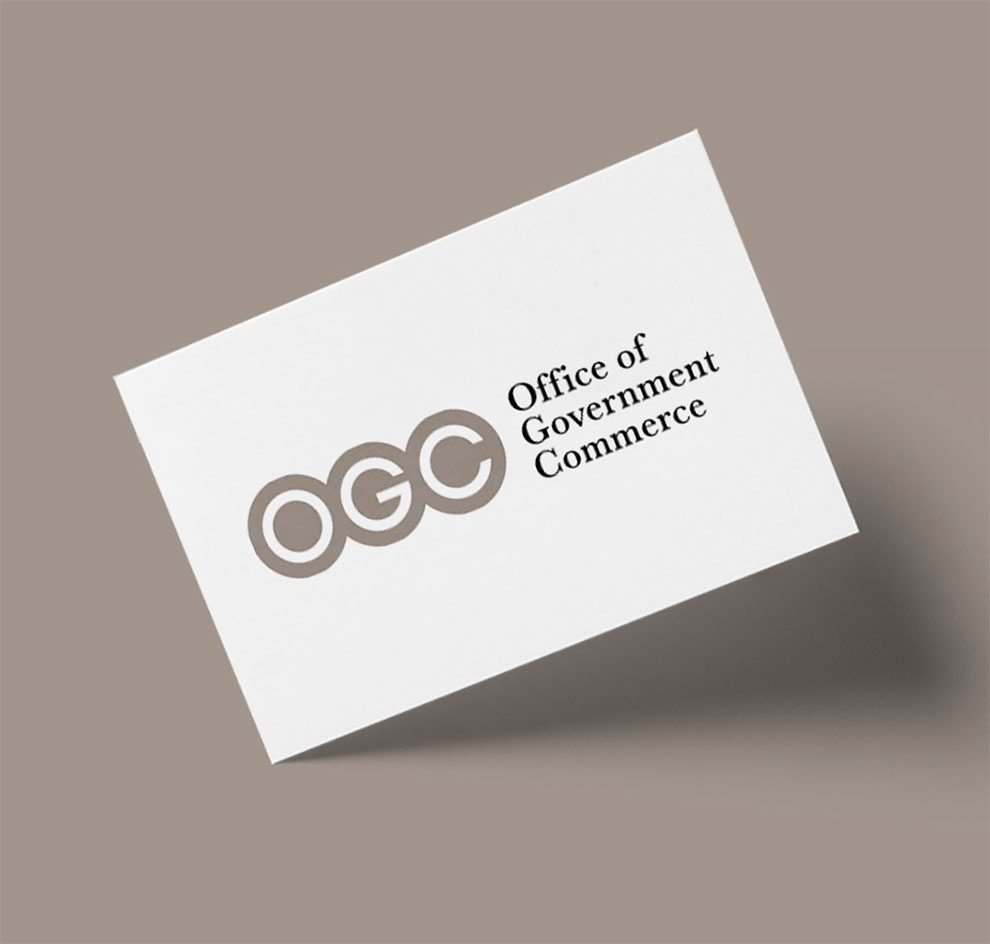 Banksy Shares New Mural in Ruined Ukrainian Building in Borodyanka
Pregnant Woman Is Painting Graffiti All Over This Australian Town, Trying To Reach The Father
"The Lady Of Dreams": Surreal Vintage Photo Collages From The No-Photoshop Era By Grete Stern
This Artist Updates Classic Dr. Seuss Book Covers And They’re Great
Mulberry's Advertising Campaign, Fall 2012
Farting In Bed Etiquette - Illustrated Guide
The Art of Hand-Lettering with Stefan Kunz
The Body-Painting Illusions of Gesine Marwedel
"Failed Memories": The Superb Glitchy Digital Art Of David Szauder
The Grace of Broken Space: Art by Sasha Tudvaseva
'Beauty In Wonderland' By Sølve Sundsbø For Vogue Italia
The Superb Concept Art Works by the Russian Artist Nikolay Kurganov
"The Closer You Are...": Superb Emotional and Cyberpunk Illustrations by Death & Milk
The Zodiac Became Stunningly Hot After This Artist Put Her Hand To It
Dust Car Art by Rafael Veyisov
Makeup Artist Creates Incredible Drawings Using Her Own Body As Canvas
Stroymaster: Stop Them All
The Superb Modern Graphic Design by Kushagra Gupta
Mullet: The Badass Hairstyle Of The 1970s, 1980s And Early 1990s
Readers Put Themselves On The Cover For #bookfacefriday
"What Kind Of Men Read Playboy?" Controversial Playboy Magazine Ads From 1958-1974
Exercise Your Demons: Funny And Delightful Illustrations By Randyotter
Brilliant Illustrations of the Beautiful Girls by Eric Hibbeler
Tricks to Appear Smart in Meetings 2021 Day-to-Day Calendar Is Here!
brands, logos, redesign, worst