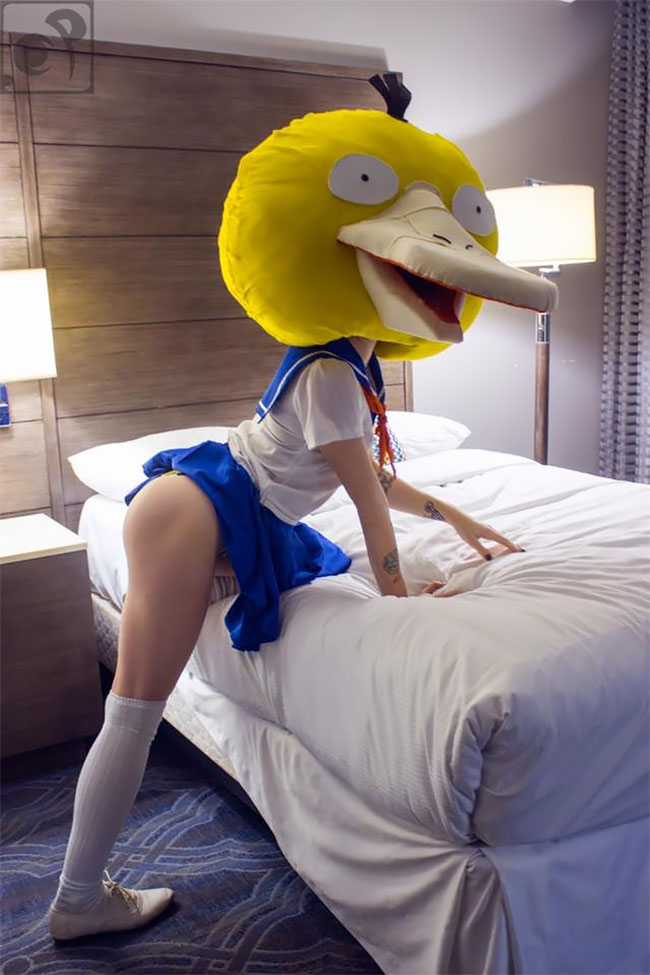 Helena Steele (aka HJ Steele) is a model from St. Paul, Minnesota. A cosplayer by hobby, Helena began cosplaying in the fall of 2013 and her cosplay journey with a project called “Seasons of Ivy” that documented her interpretation of Poison Ivy’s changes throughout the seasons of the year. Besides that, she is best known for Borderlands Princess Peach. 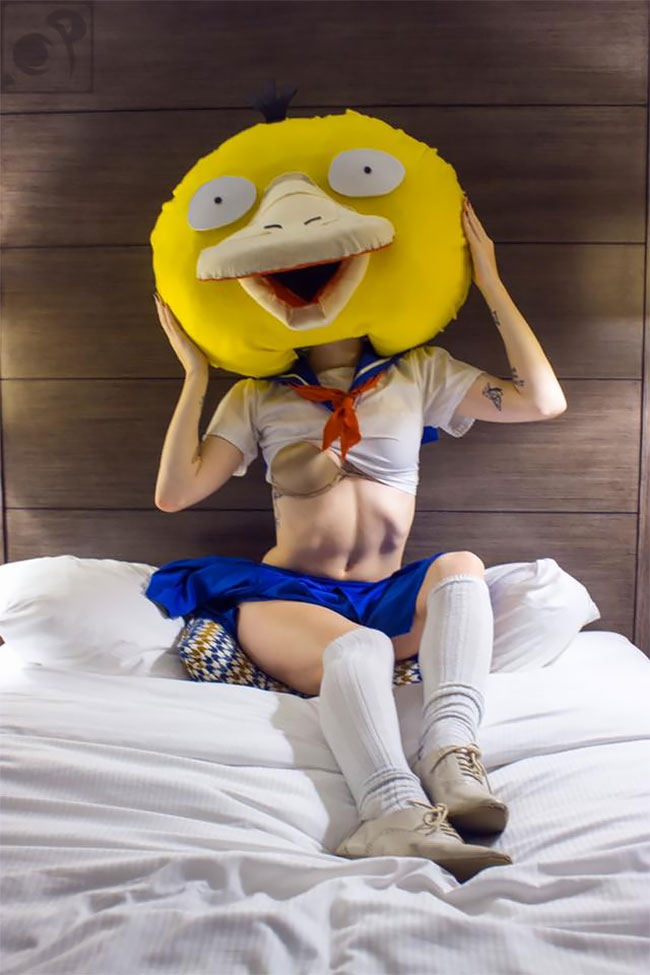 Outside of the cosplay world, she has studied a wide array of topics in college including criminal justice, computer forensics, and cosmetology before finally landing on a major of psychology. Her passions include volunteer work, animal care, and spending time with her eight amazing nieces and nephews. 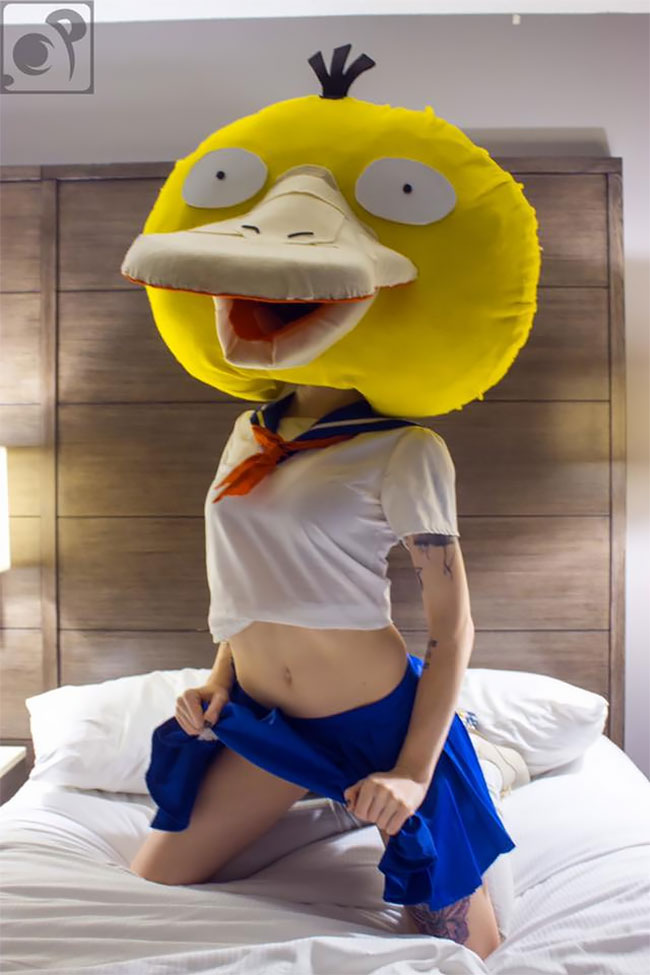 Psyduck is a yellow Pokémon that resembles a duck or bipedal platypus. Three tufts of black hair grow on top of its head, and it has a wide, flat, cream-colored beak and vacant eyes. Its legs, arms, and tail are stubby and its webbed feet are cream-colored. There are three claws on both of its hands. 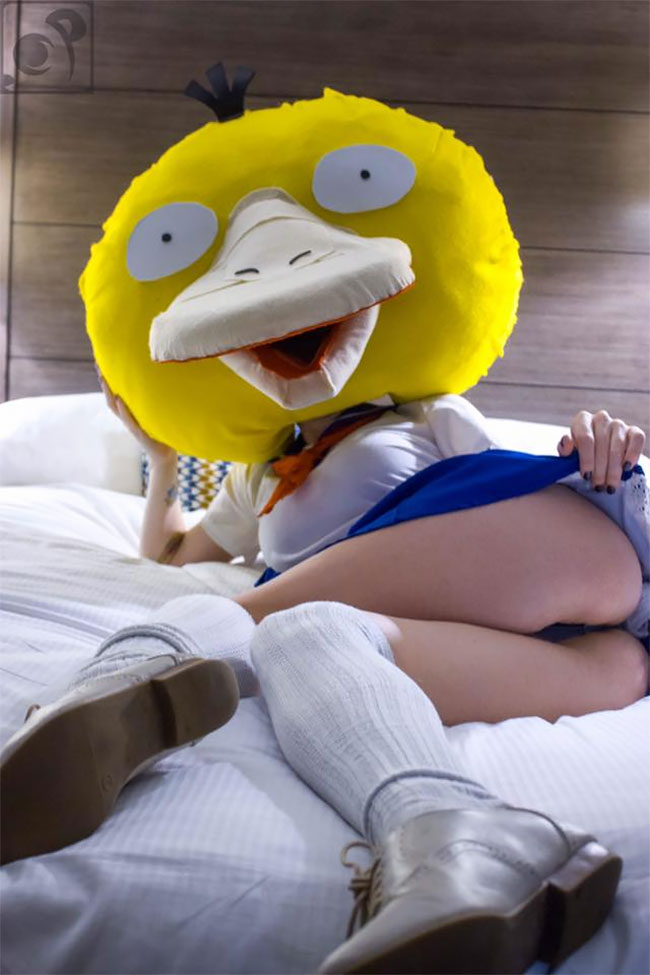 Psyduck is constantly stunned by its headache and is unable to think very clearly. It usually stands immobile, trying to calm its headache. However, when its headache becomes too severe, it releases tension in the form of strong psychic powers. The use of these powers produces brain waves identical to those seen in sleepers, and the Pokémon is unable to recall these episodes. Psyduck lives in freshwater lakes and small ponds, but can be seen in rivers in tropical areas. 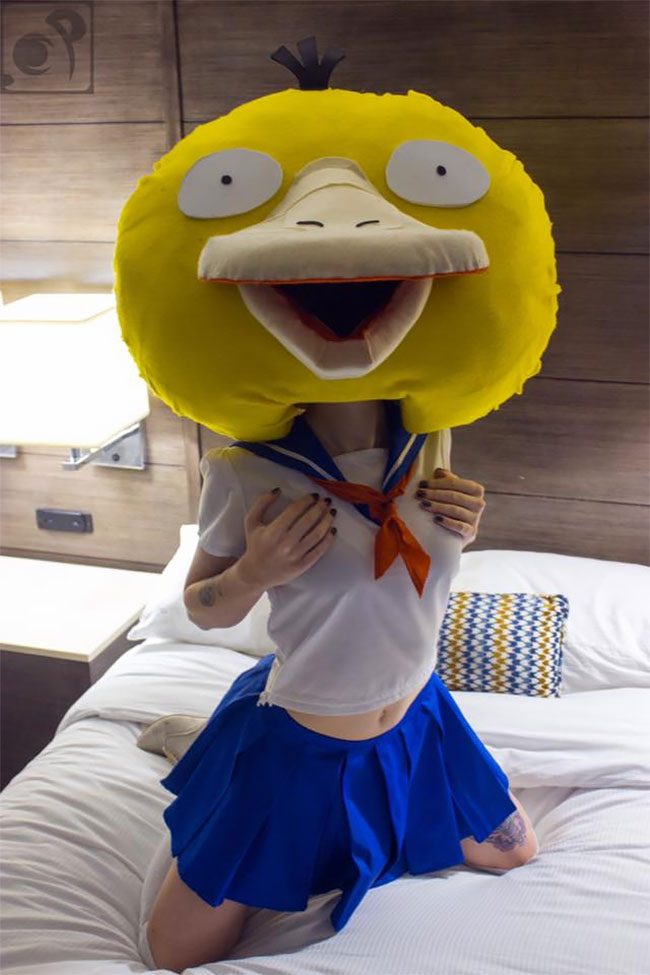 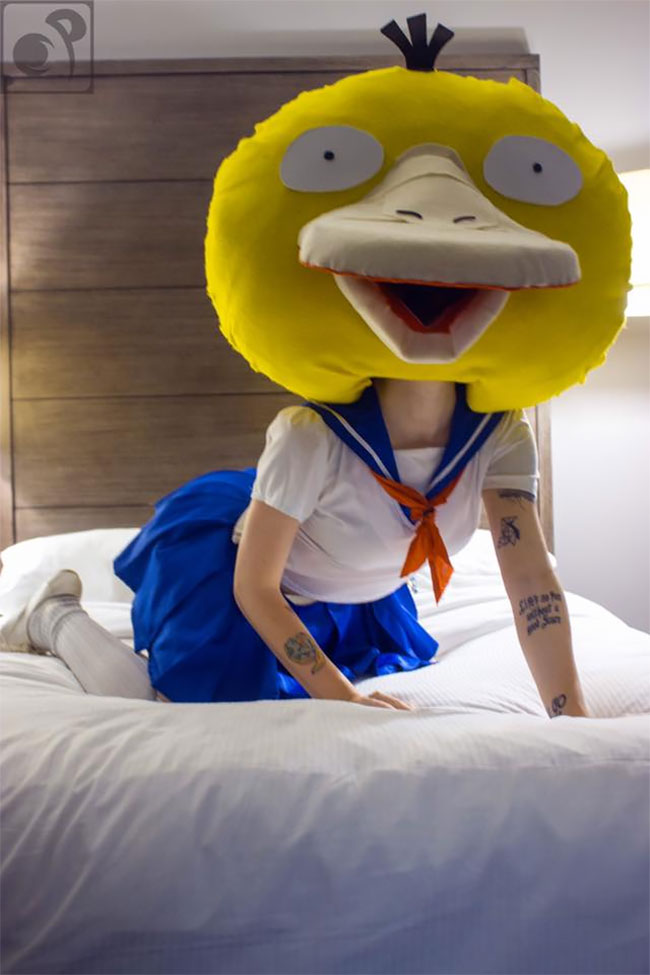 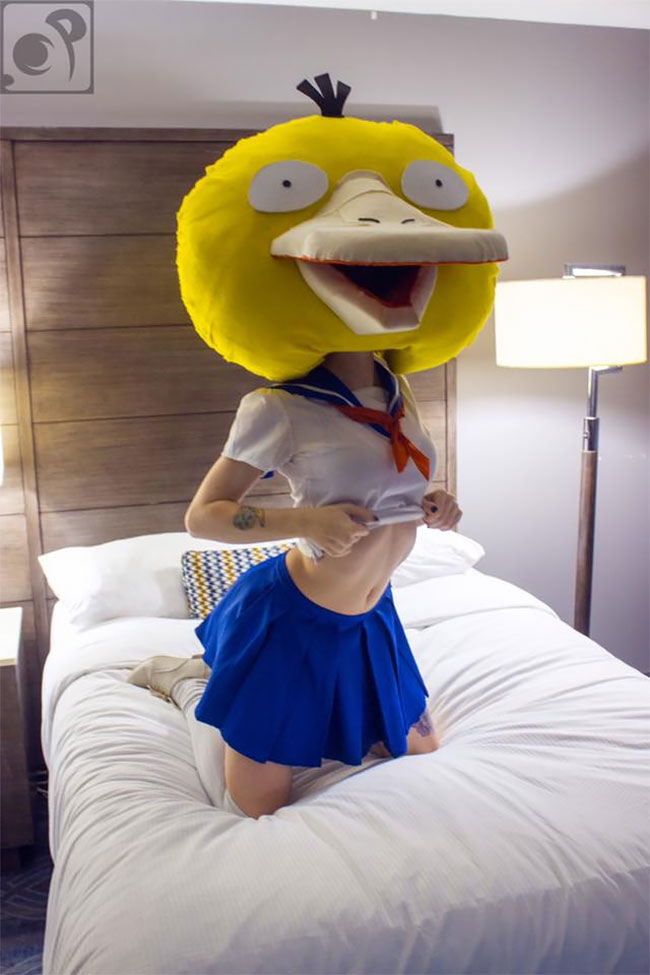 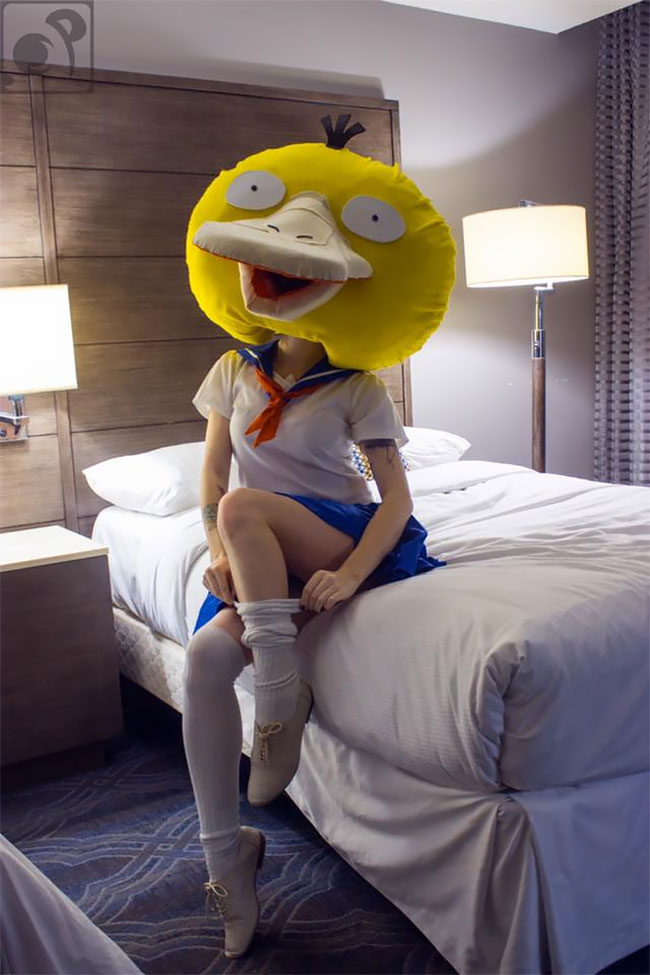 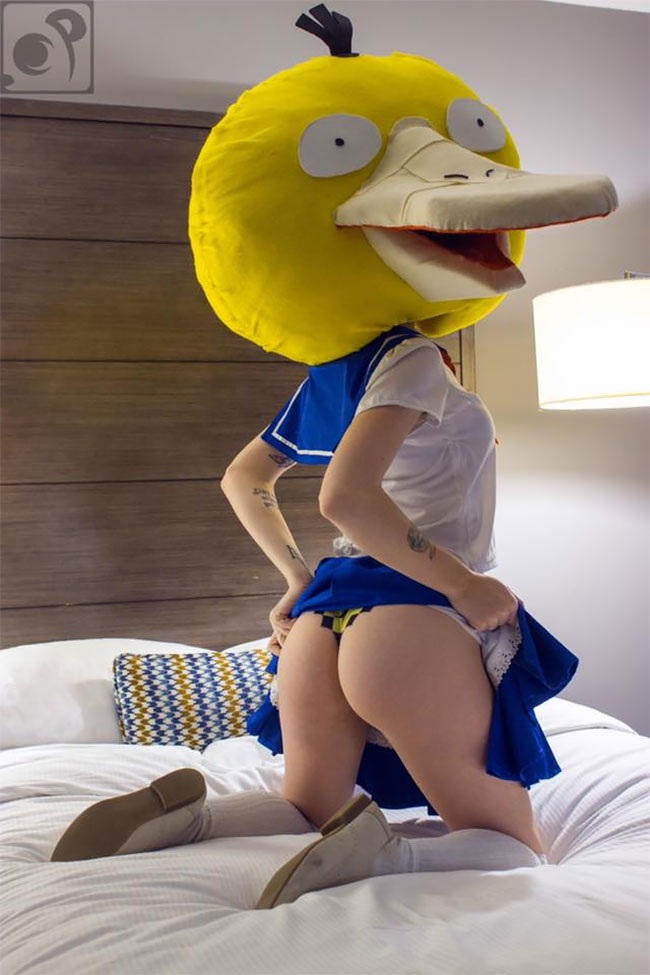 "Free Like the Wind": Sensual Illustrations Filled with Sunshine and Youth by Peijin Yang
Beautiful Colorized Photos Of Immigrants in Their Traditional Dresses At The Ellis Island Immigration Station In The Early 20th Century
How To Become a Cat: The Complete Guide
When Food Become Alive By Charlotte Love
Artist Puts Together ‘Super Families’ From Our Favorite Characters
Artist Fights With Lockdown Depression By Making Comics That Comment On The Pandemic
"From Here To Nowhere": The Superb 3D Sci-Fi, Post-Apocalypse And Cyberpunk Concept Art By Polygonatic
"From Up To North": Stunning Dark Artworks By Joakim Ericsson
"Surrealism At Perfection": Haunting Illustrations Of Aykut Aydogdu
"Star Wars" Characters Brilliantly Reimagined As "Calvin And Hobbes"
Monsters Have Problems Too
Japanese Artist Creates Stunningly Realistic Pen And Pencil Illustrations
The Beautifully Curvy Ladies of The Illustrator Kenron Toqueen
A Comic Book Classic and Master of Abstraction: Illustrations by Bill Sienkiewicz
Art Nouveau Iconostasis: Paintings by Mitch Griffiths
8 Digital Paintings Of Famous Characters And Their Pets By Aleksei Vinogradov
Illustrator Adds Funny Monsters To Everyday Life, And It’s Brilliant
Filippa K by BVD
This Artist Transforms Electrical Cabinets To Beautiful Outdoor Art Exhibition
Beautiful Photos Of The Thousands Of Tulips Got Under Snow On The Biggest Tulip Farm In Moldova
Artist Created 40 Informative Illustrations About Environmental Issues
2021 Sarcastic Monthly Calendar with Vintage Ads and Funny Captions Is Here!
Leaf Beasts: Simple Animal Sculptures Cut from Dried Magnolia Leaves
Being Belgian Living In Taiwan, This Artist Discovered Many New And Special Things, Illustrated 100 Of Them
beautiful, cosplay, helena, pokemon, psyduck, steele