Girl Draws Self-Portraits Before And During LSD High

According to Redditor ‘whatafinethrowaway’: “I don’t think it had anything to do with honesty, the fact that the last one seems more accurate than the first one probably comes from the fact that she spent several hours drawing before, so she was kind of more trained? Actually I don’t know if this makes sense. Anyway, the first one is way more accurate when it comes to the hair, for example. She did everything without a mirror”

Before any noticeable effect. 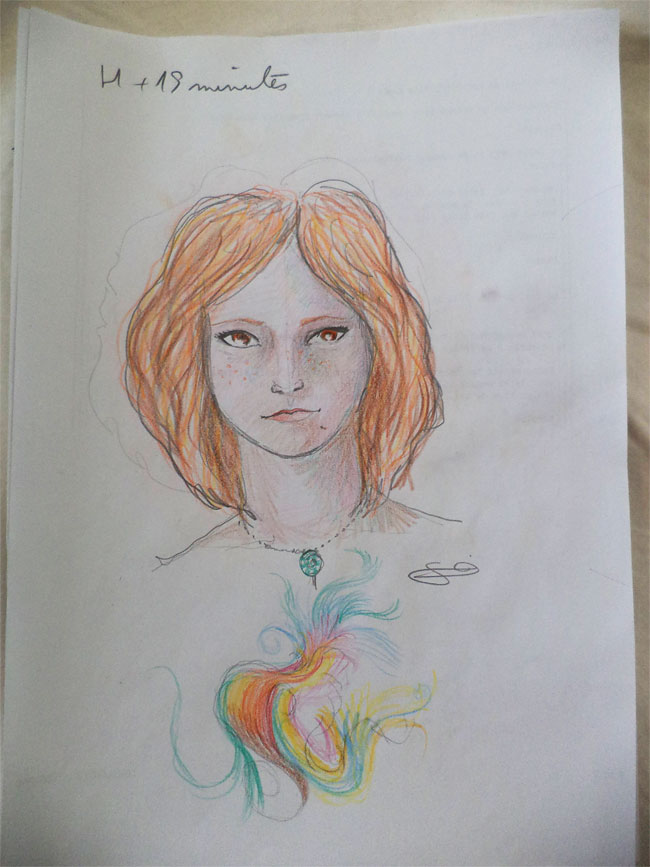 « Are you feeling anything?
– Nope.
– Those are some bright colors !
– Yeah. That’s probably gonna get worse. » 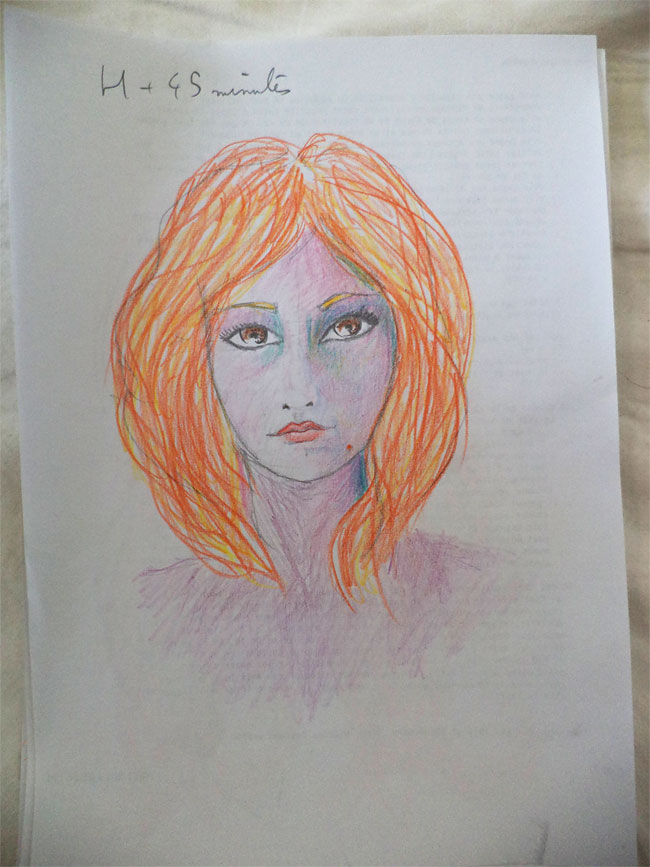 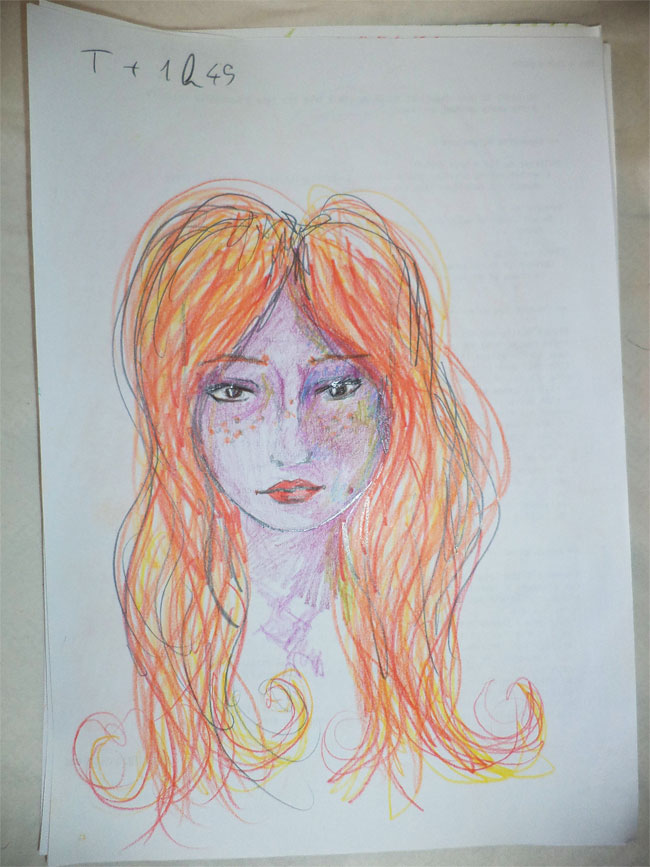 « That was a good idea, buying coloured pencils. » 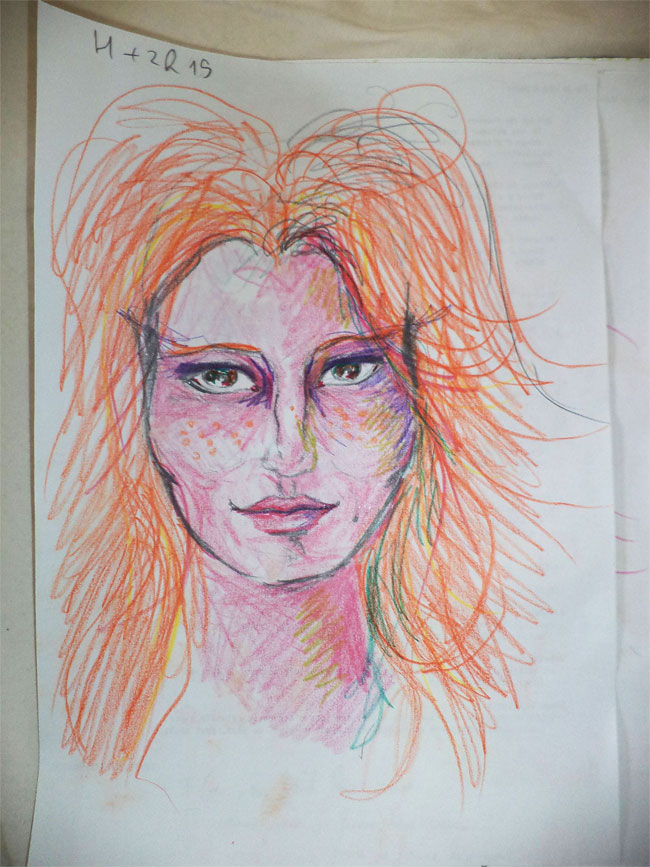 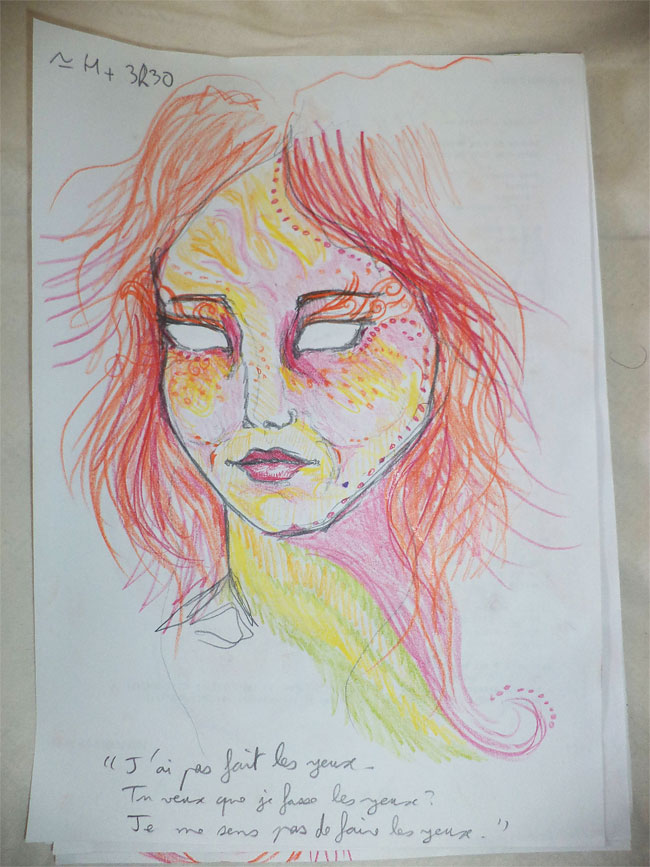 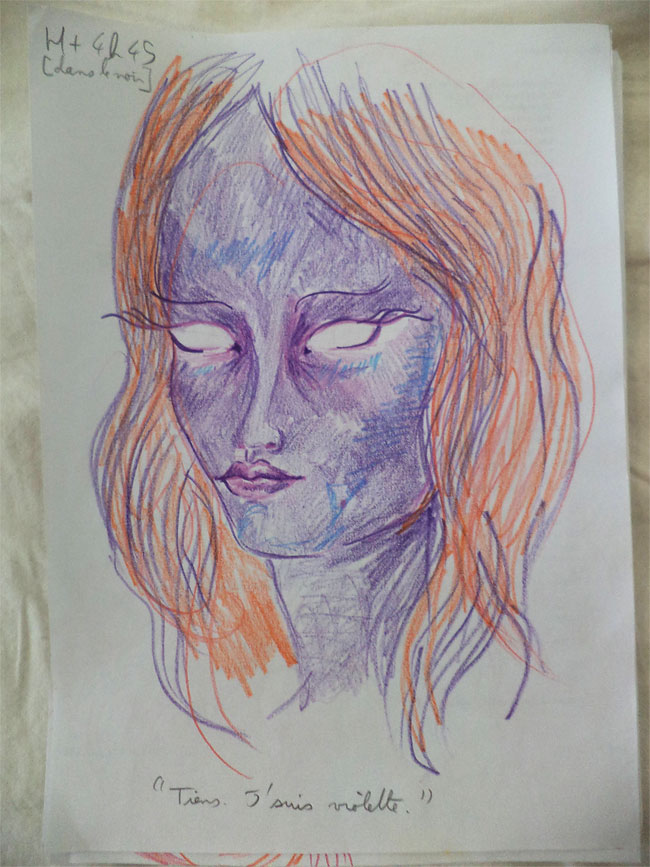 « I lost the black pencil. I only had the coloured ones. » 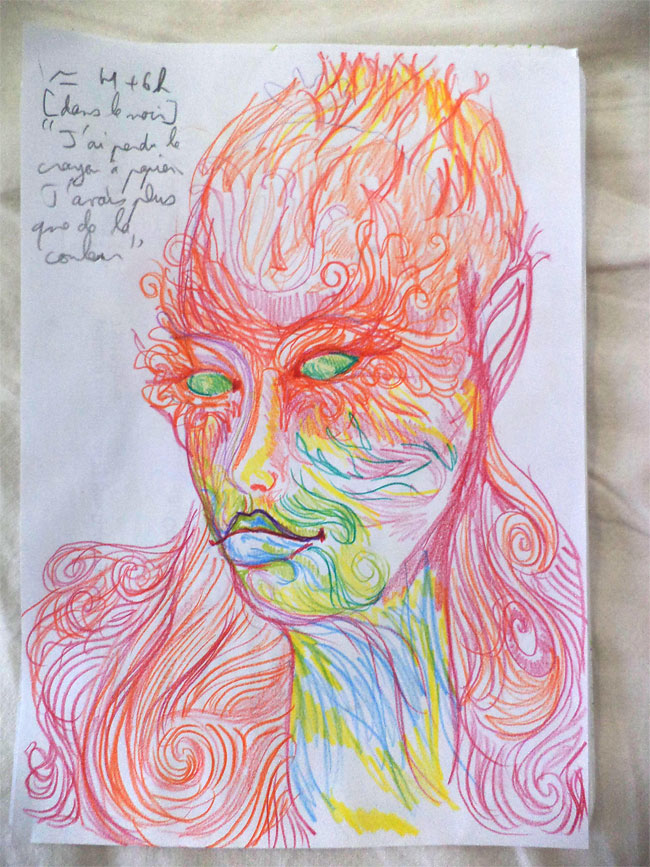 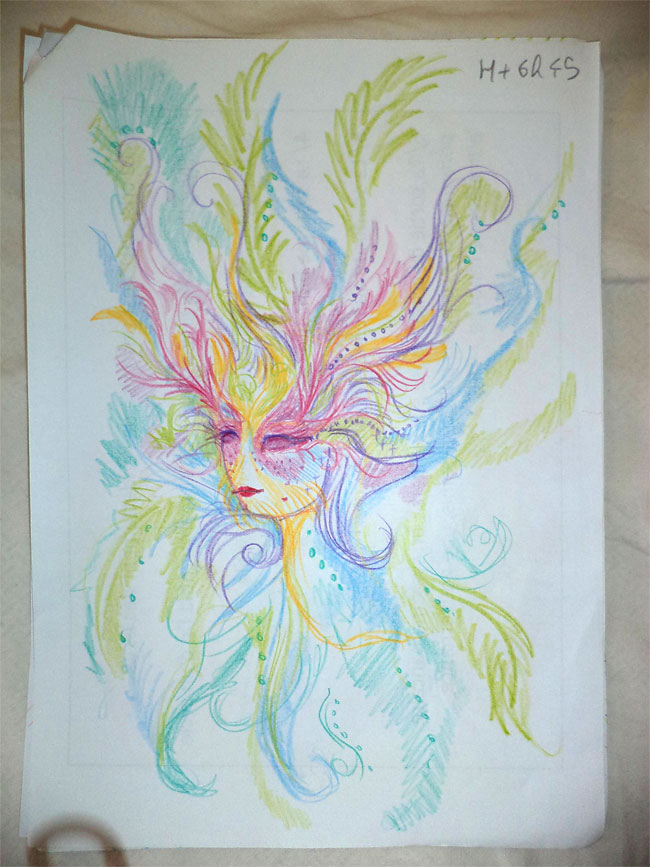 After 45 minutes in the dark, listening to some Pink Floyd, she started to draw again. 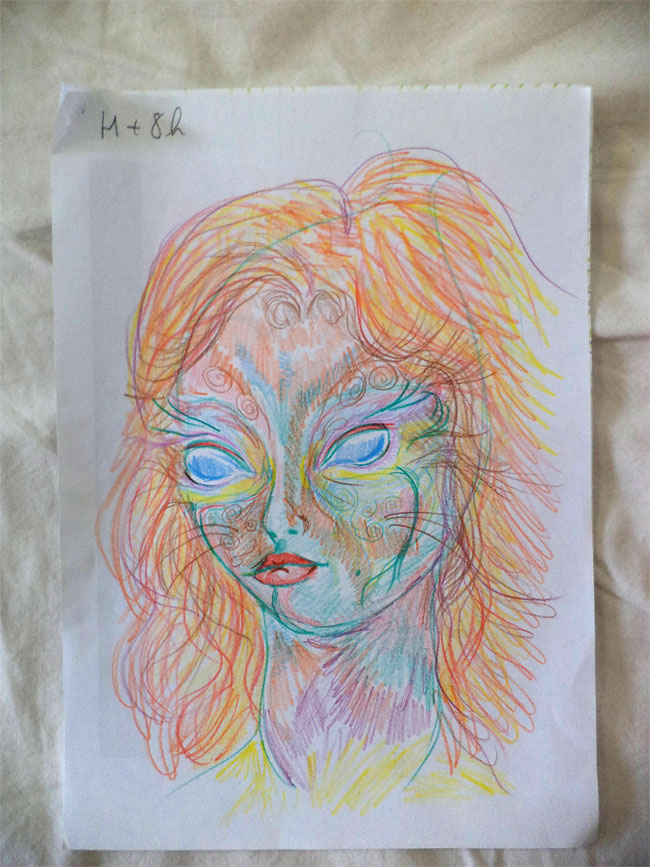 She didn’t seem quite satisfied with the last one, so she directly started this one: « During the previous one, I tried to draw what was inside my head, but in the middle of it, things were happening outside my head instead. ». 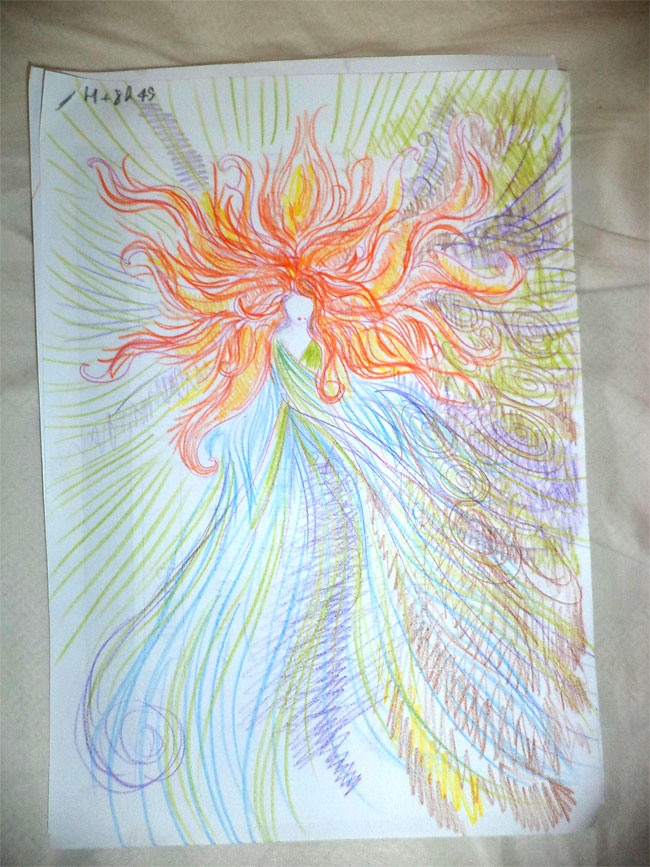 H + 9h30. While the effects were disappearing. 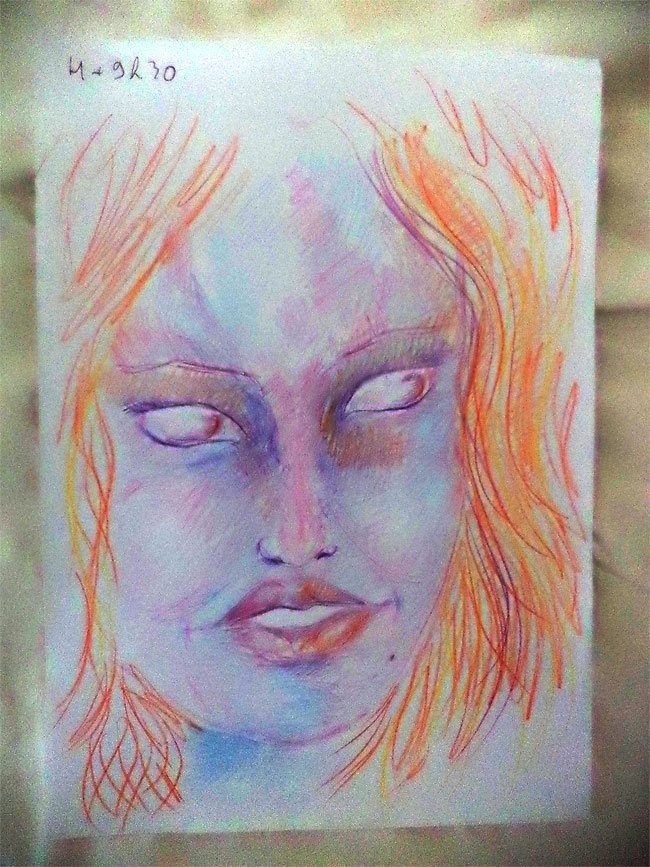