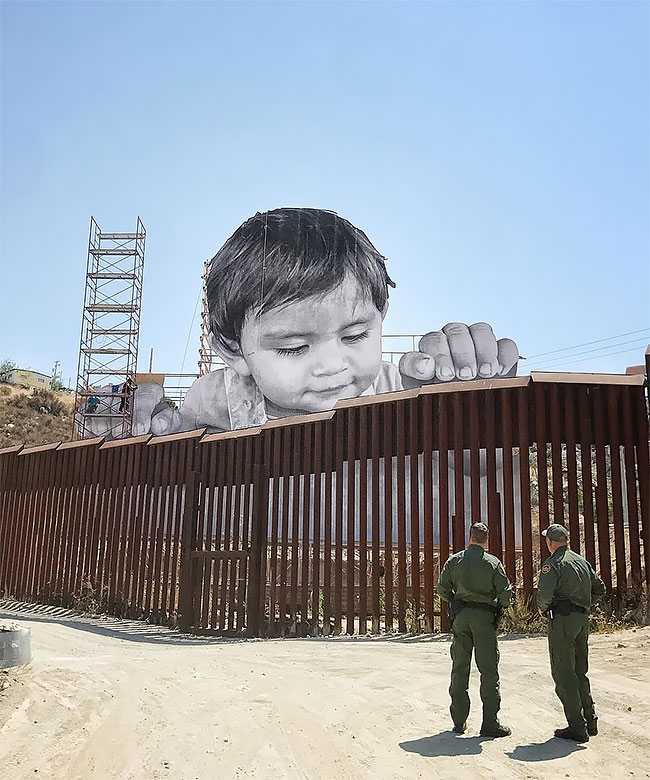 An art installation by a French artist that goes by the name of “JR” was unveiled at the Tecate border with the U.S. Taller than the border wall at 30 feet, the art is an enlarged black-and-white photo of a one-year-old baby named “Quiquito” mounted on scaffolding.

JR has done other large-scale portraits around the world, with much of his recent work focused on immigrants and refugees.

He told reporters at Wednesday’s unveiling of the portrait of the 1-year-old named Kikito, who lives in Tecate, that he was spurred by a dream in which he imagined a kid looking over the border wall.

“And when I woke up, I wondered: ‘What was he thinking?'” he said. “Like for us we know the implication, what it represents, how it divides, but for a kid, I didn’t have the answer.”

The artwork went up the same week President Donald Trump said he would end a program that has allowed young immigrants who were brought to America illegally as children to remain in the country. 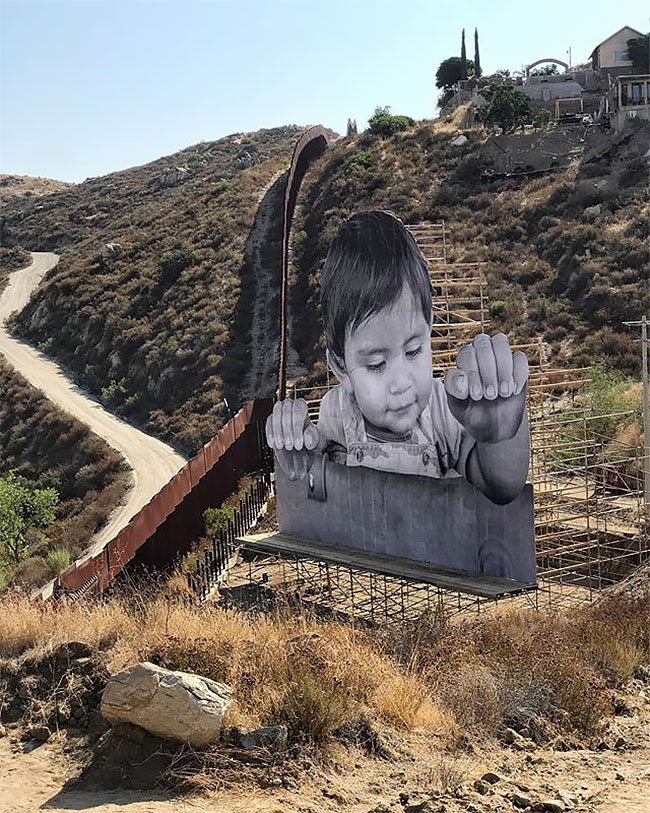 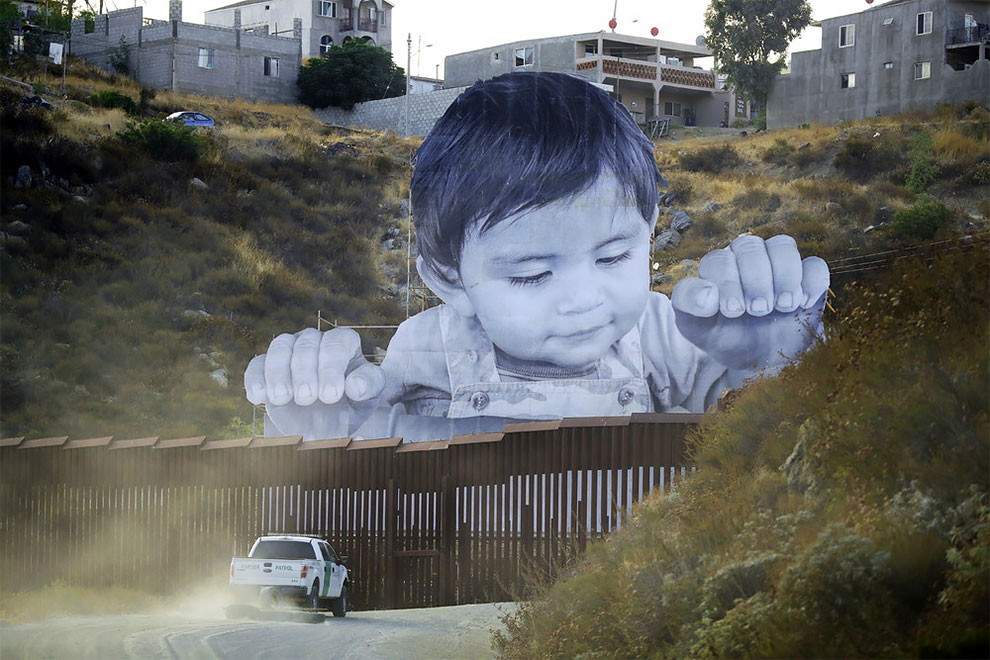 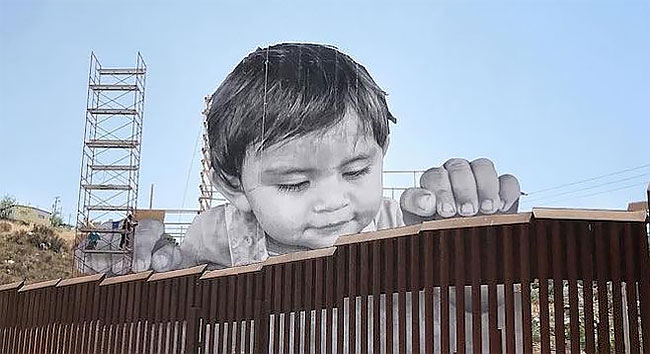 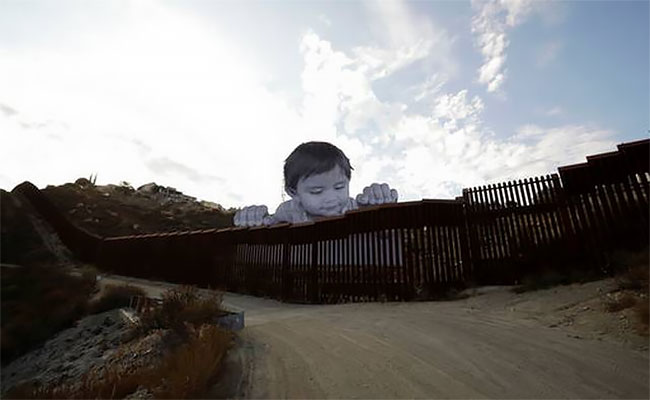 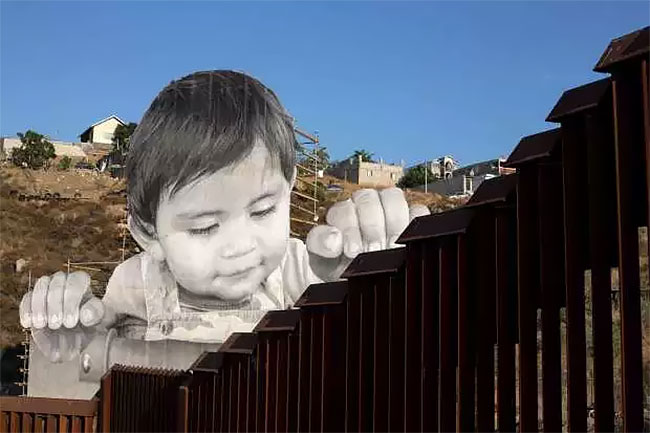 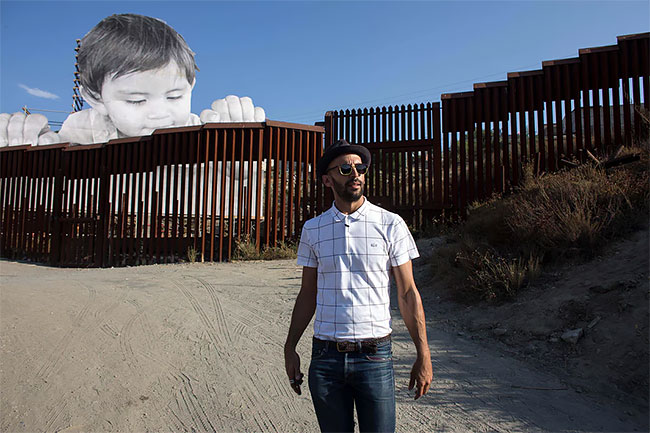 Art Against Virus: COVID-19 Posters By Mexifunk
Medieval Visions of Hell, Satan, Demons And Cabbalistic Signs From A 1775 Compendium Of Horrors
French Artist Creates Surrealistic Images That Show A Post-Apocalyptic World Overtaken By Nature
Illustrator Shows How Tough Caring For Babies Could Be
The Funniest Clothing Tags Ever
"Blood Club": The Bizarre & Beautiful Work of Charles Burns
Amazing Cover Photos of the Famous Monsters of Filmland in the 1970s
If Disney Characters Played In Popular Movies And TV Series By Alex Pick
Artist of Life Is Beautiful: Original Paintings by Coplu
This Mural Was Painted Upside-Down To Reflect Off Of The Water
Beautiful Painting On Trees By Eugeniya Dudnikova
Being Belgian Living In Taiwan, This Artist Discovered Many New And Special Things, Illustrated 100 Of Them
Stunning
Hilarious Comics With Unexpected Endings By War And Peas
Georgian Car Club Creates The Rainbow With 76 Dodge Challengers
A Creative Agency from Moldova Found a Unique and Fun Way to Attract New Hires to their Team
Honest Photo Facts That Will Help You Understand The Size Of The Earth A Little Better
20 Powerful Pieces Of Street Art That’ll Make Your Heart Beat Faster
These Realistic Animal Paintings Show How We Neglect Them
"Rise and Shine": The Superb Gloomy Pop-Art Illustrations of Bogdan Timchenko
Famous Classic Album Covers Mashed Up With Star Wars Characters
A Group Of Artists Built A Cardboard Installation And Burned It To Mark The Fight Between Modernity And Tradition
Endless Night: Comic Art by Rafael Albuquerque
15 Reasons Why The World Will Never Be Like It Once Was
border, giant, looks, mexico, tecate