Big Shout Out To One Of The World’s Most Inspiring Grandmas! 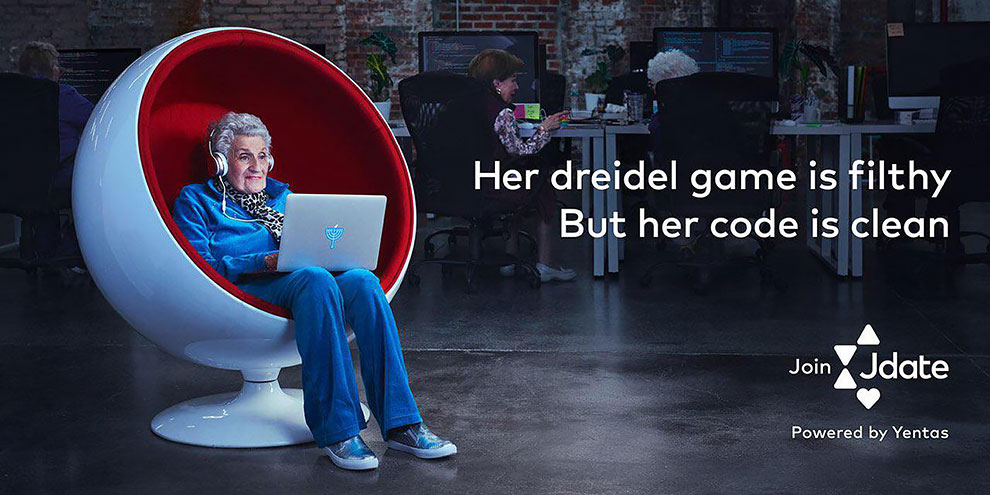 The series of new ads recently launched by Jdate uses the image of ‘yenta’ – old Jewish women who served as matchmakers “back in the shtetl days”, according to the campaign’s architect David Roth cited by the Drum.

“Our campaign casts the traditional yentas as Jdate programmers coding through the night to build the best Jewish matchmaking site,” he explained.

​​The ads currently run on some 300 billboards in Manhattan and Brooklyn and feature three adorable elderly Jewish ladies dressed in a typical coder outfit and using gadgets like laptops and gyro scooters. 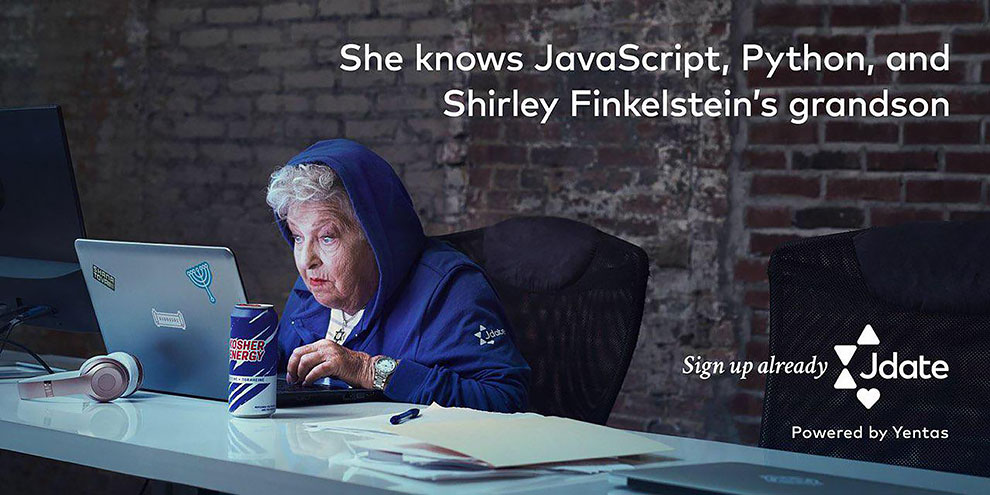 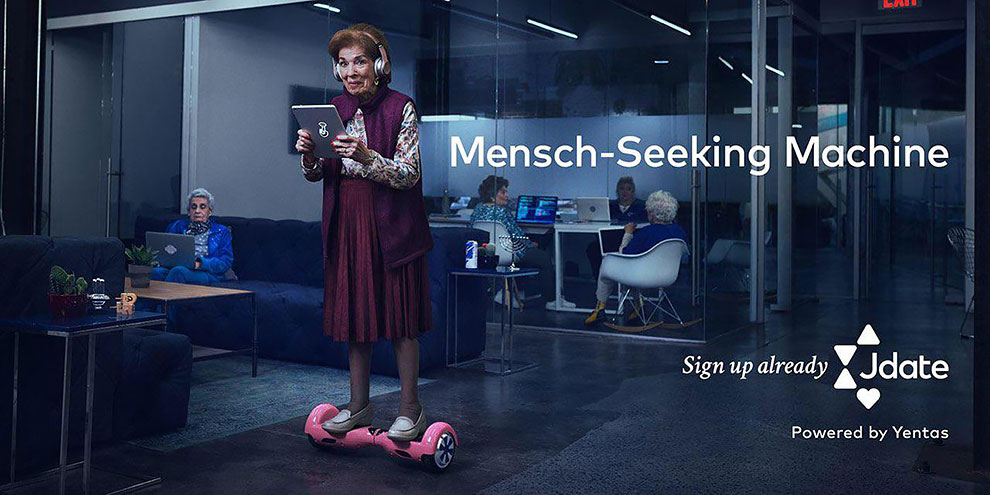 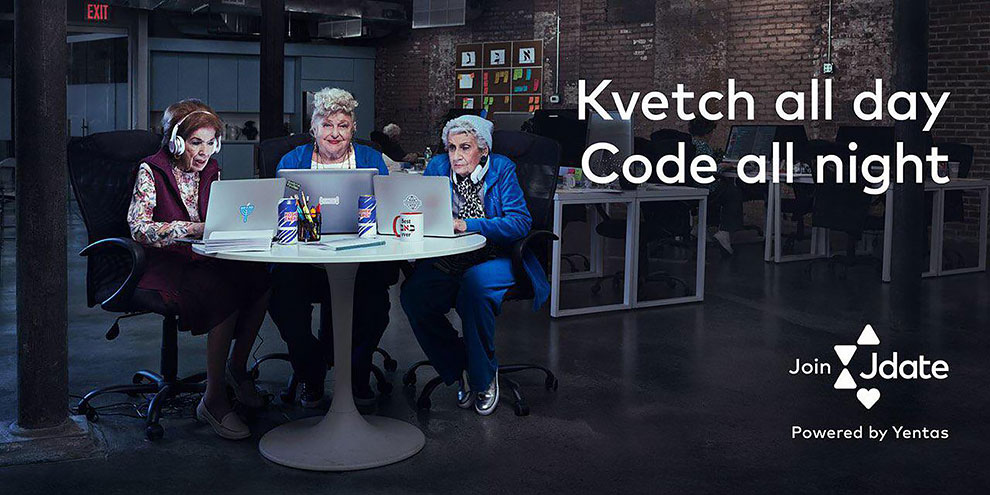