For 32 Years, This Japanese Chef Has Been Making a Painting of Every Single Meal He Eats 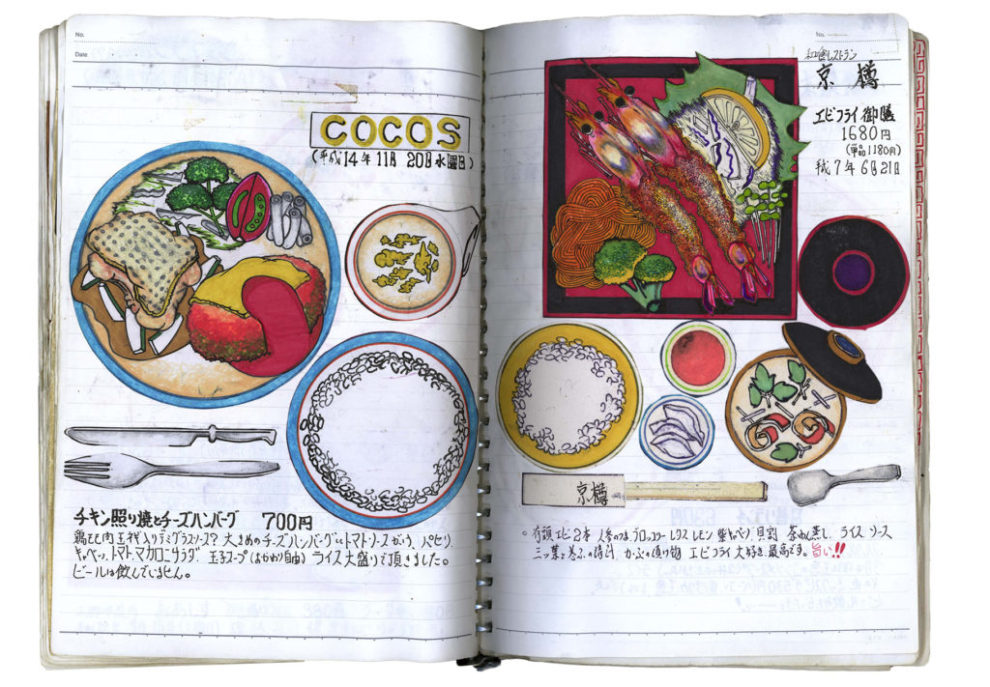 Itsuo Kobayashi was in born 1962, and lives in Saitama Prefecture, Japan. After having worked as a chef at a soba restaurant and at a supply center for school meals in Saitama, northwest of Tokyo, until he was 46 years old, Itsuo Kobayashi began having difficulty walking due to alcoholic neuritis. Since he was about 26 years old, he has made detailed illustrations of and written down his thoughts about the food he has eaten. 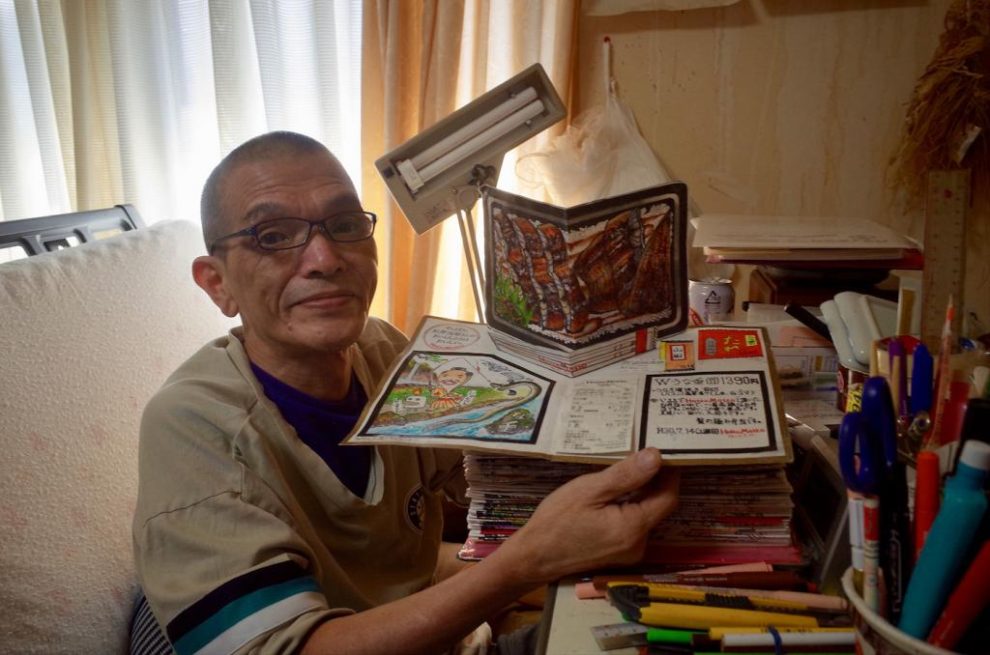 To do so, he allows his memory to be inspired by the notes he has been writing about his meals since he was 18 years old. In his bedroom at home, in addition to his drawing materials, his bed is surrounded by seashells and crab legs from the seafood he has eaten, as well as by disposable chopsticks, unused condiments that come with packaged meals, and other items. 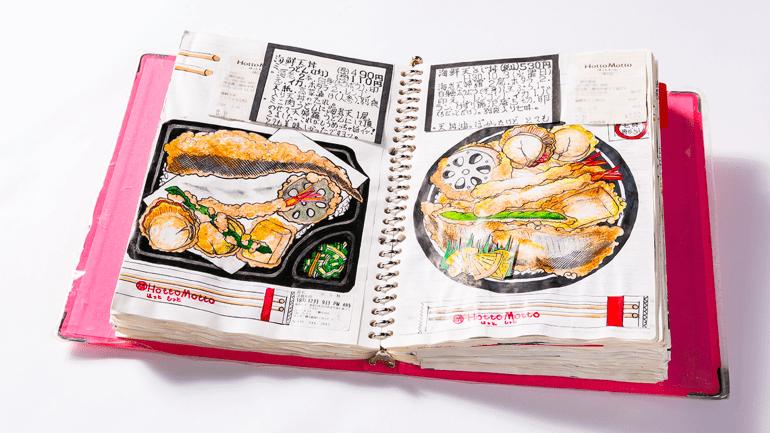 Although Kobayashi frequently orders take-out food that is delivered to his house or asks his mother to bring him take-out meals, because it is difficult for him to go out, he is still very creative. For example, he has made a series of drawings of hands holding chopsticks and he has produced more than 1000 drawings. 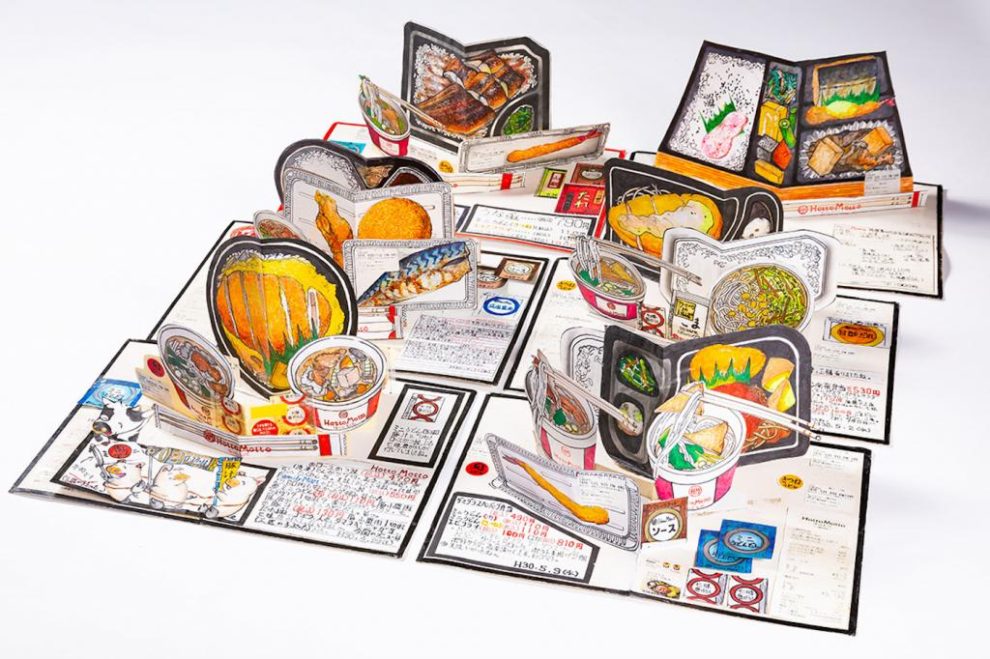 What stands out is that all of these drawings feature an overhead perspective so that all of the ingredients of the food Kobayashi depicts can be seen. Furthermore, in the blank spaces in his compositions, the artist writes the names and prices of, and his opinions about the food and the ingredients he portrays. He adds positive descriptive words about his subjects, such as “delicious,” so that he may provoke good memories when he later looks at the drawings. 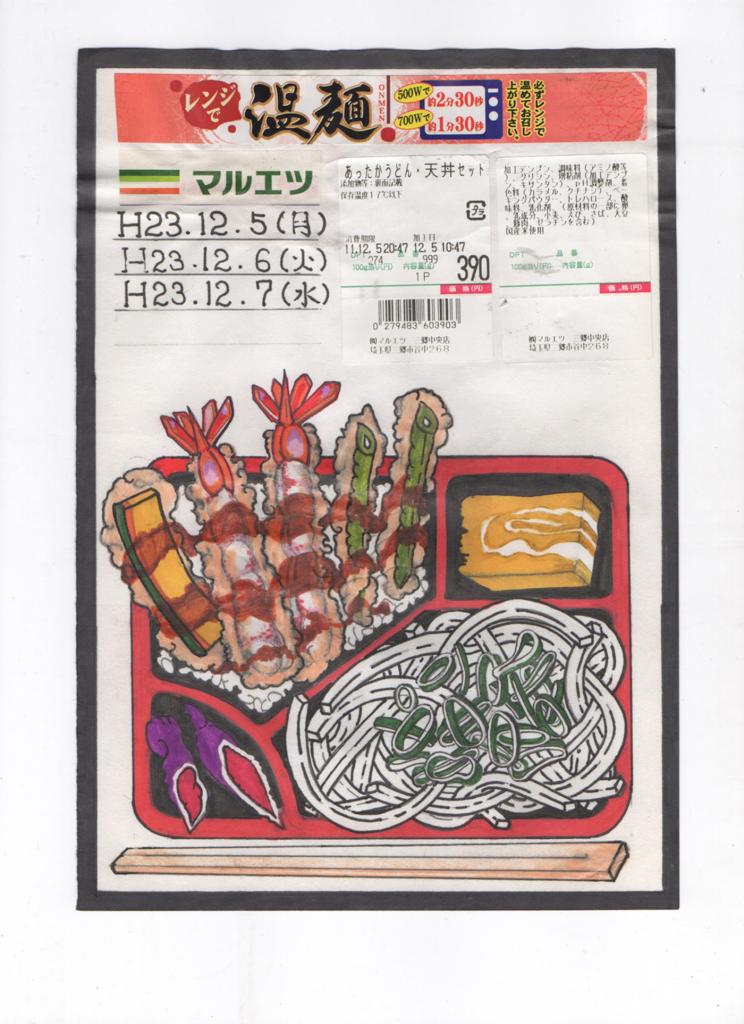 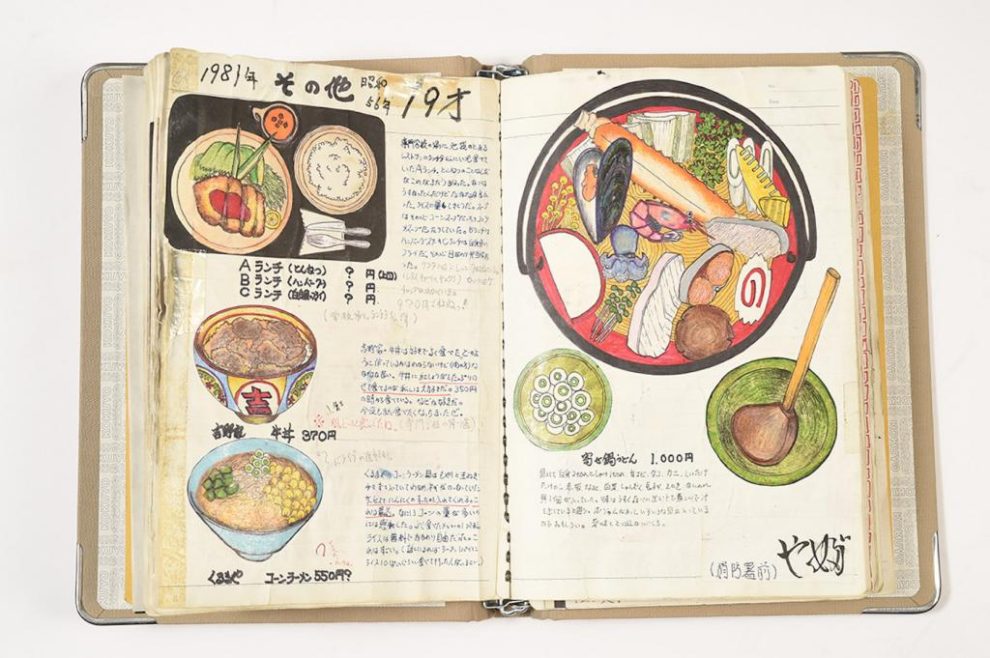 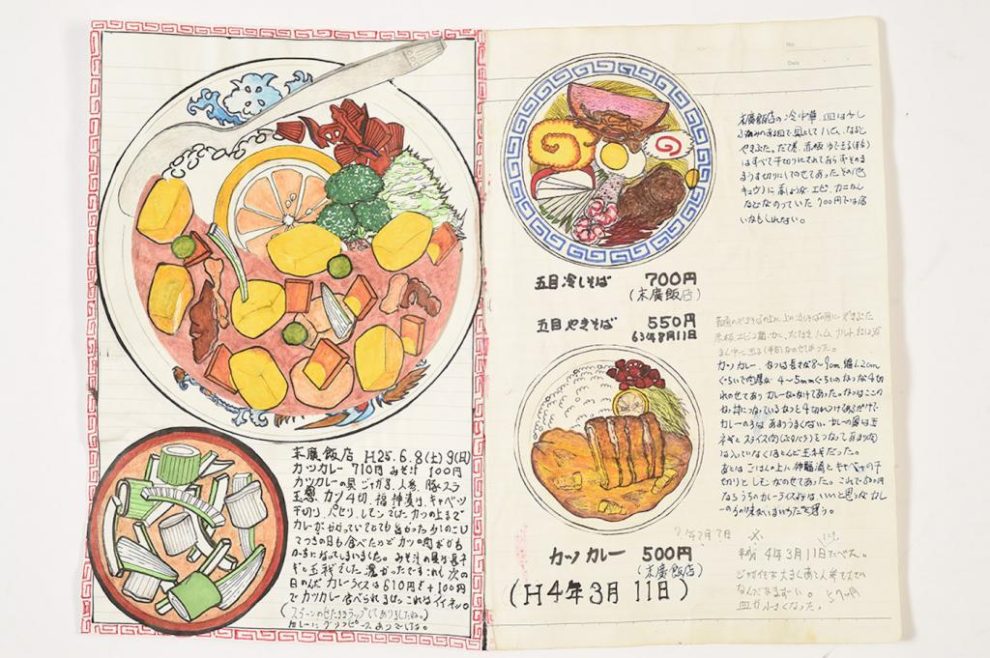 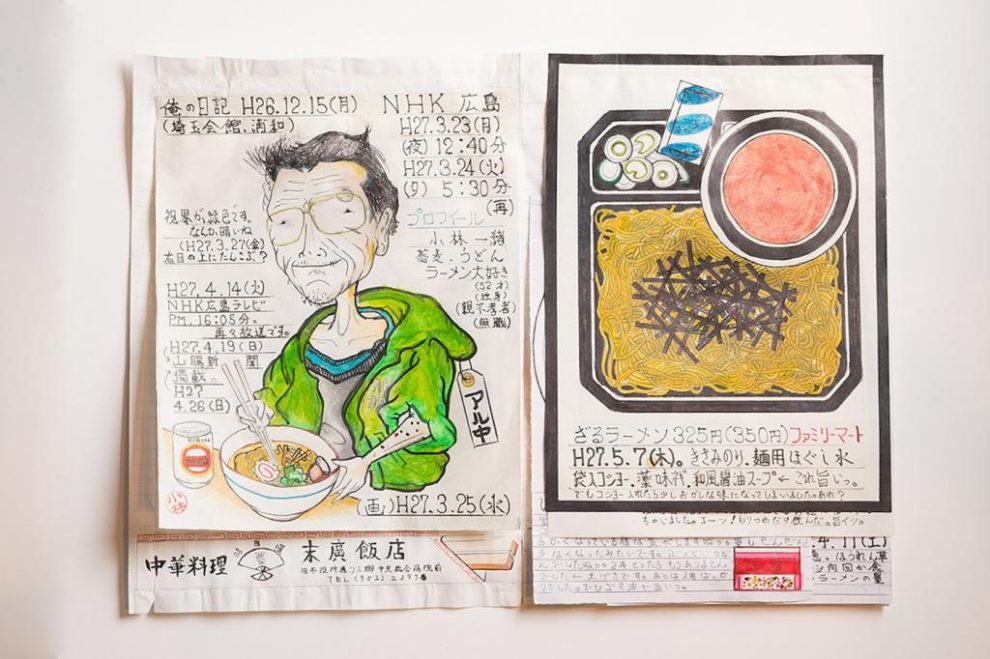 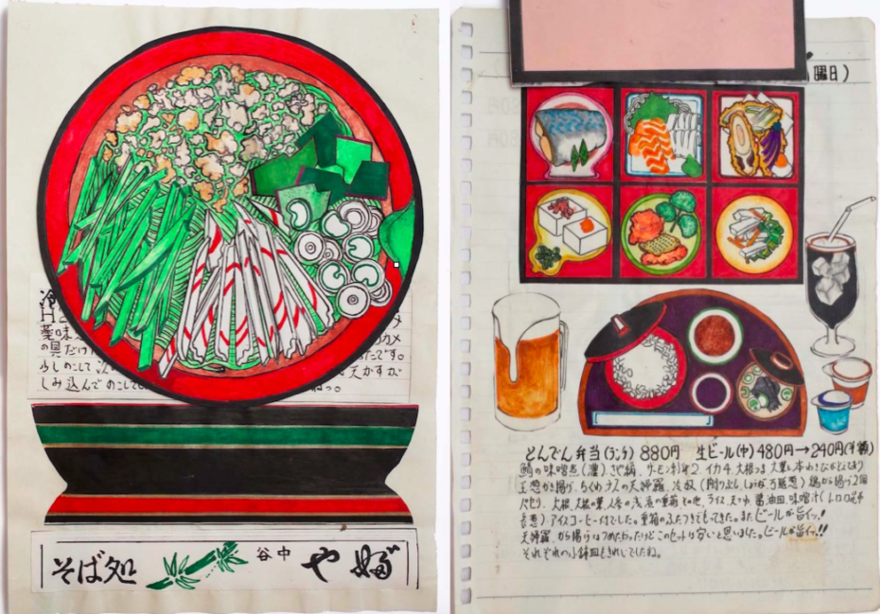 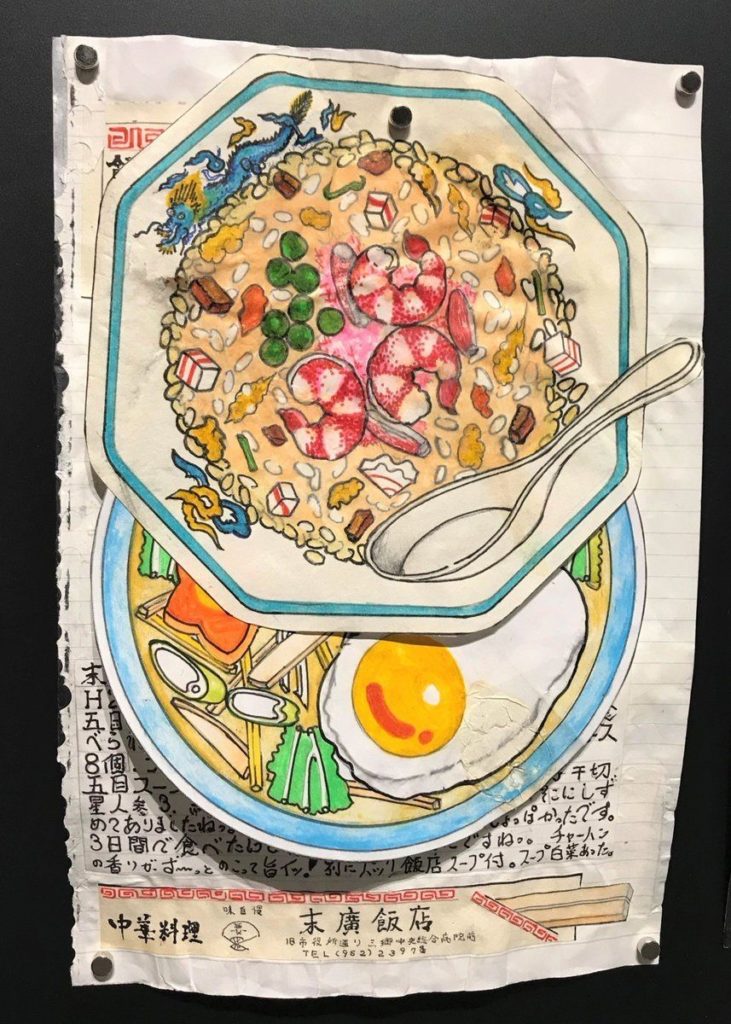 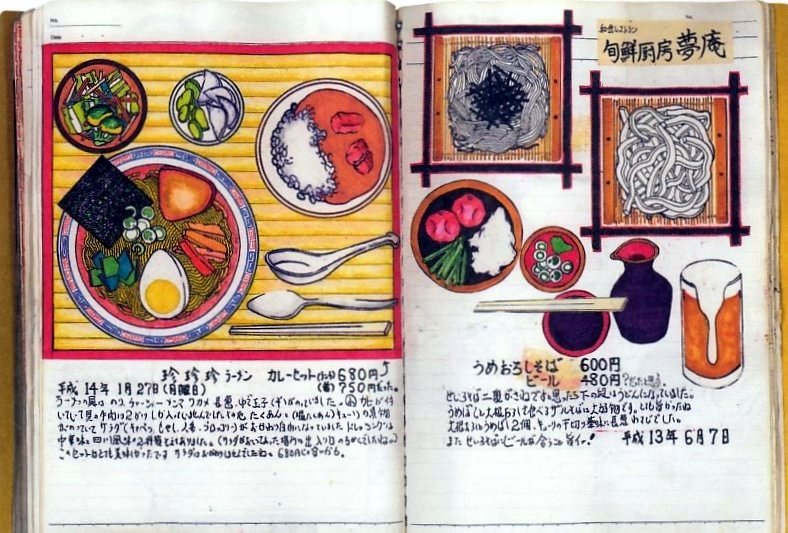 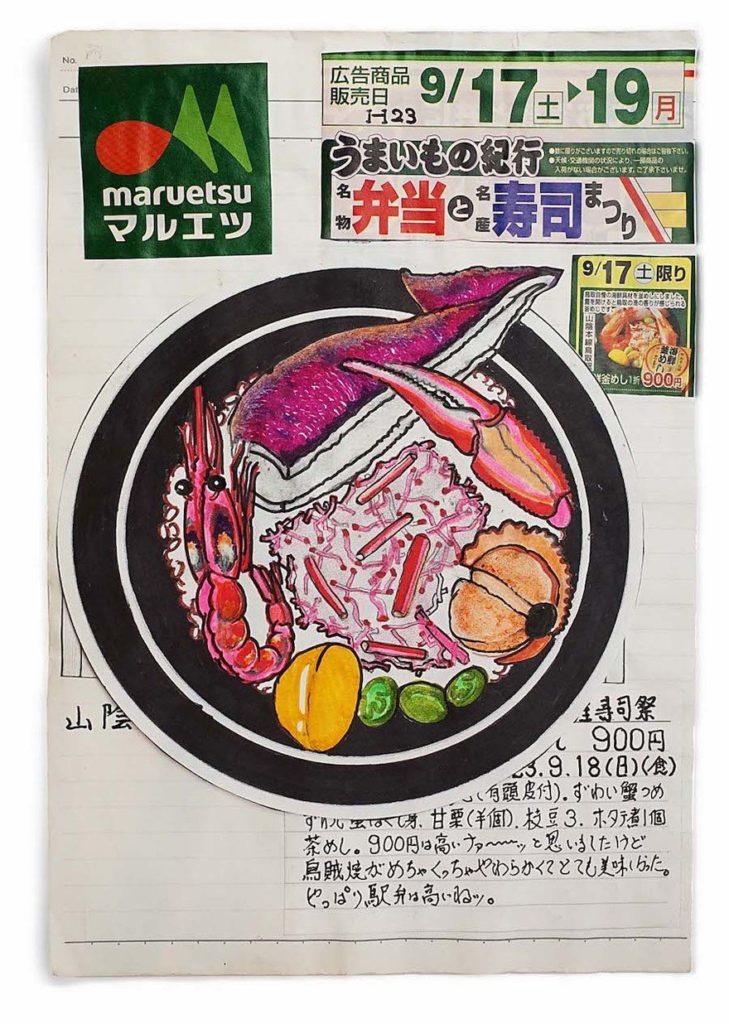 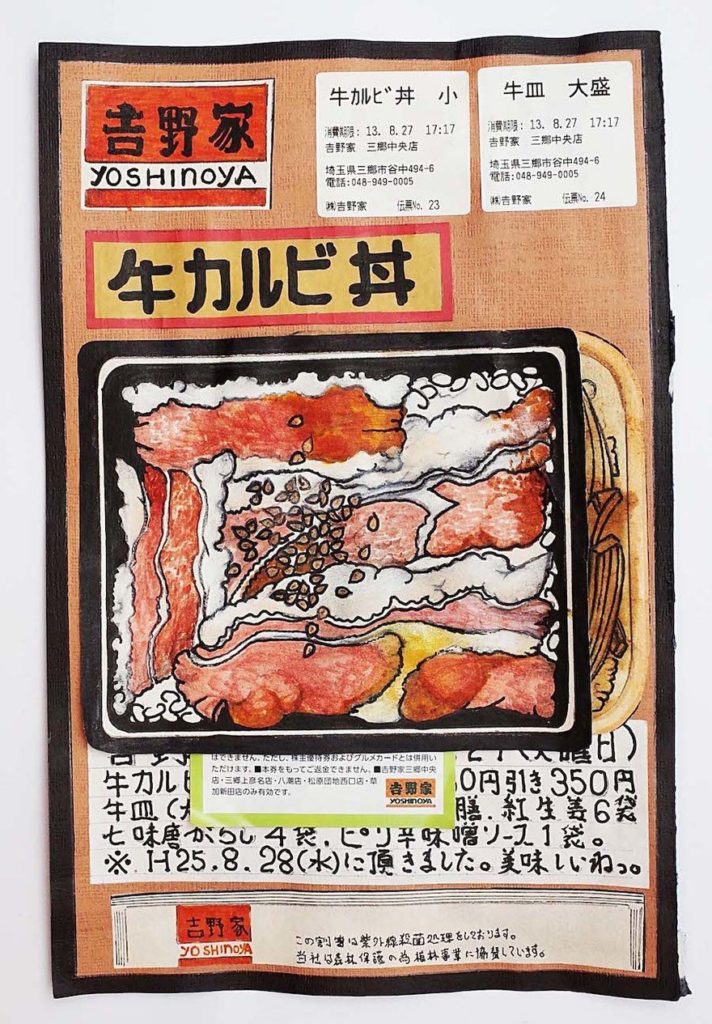 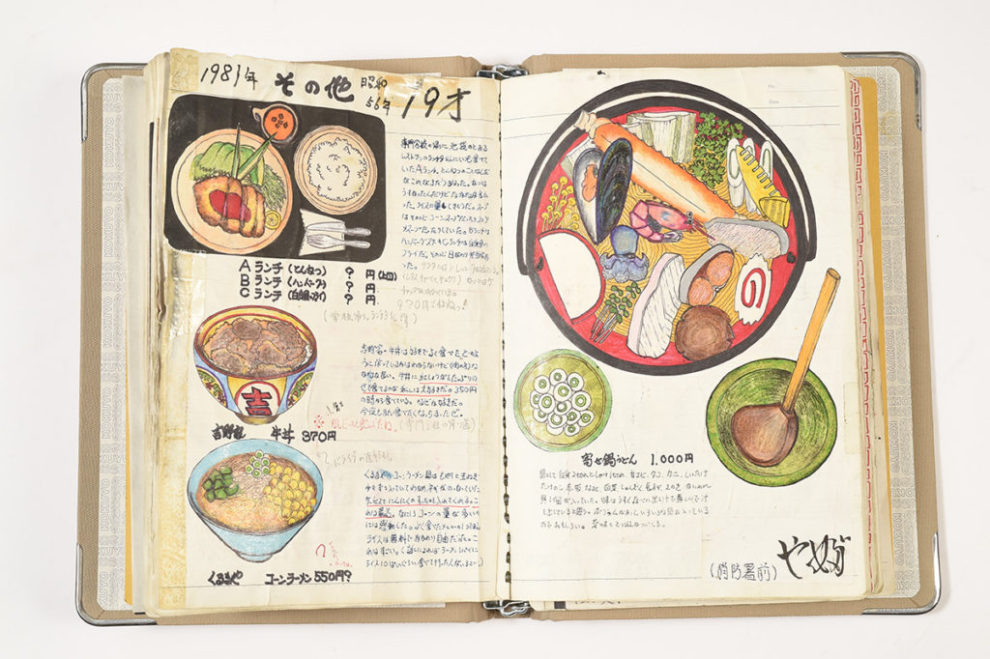 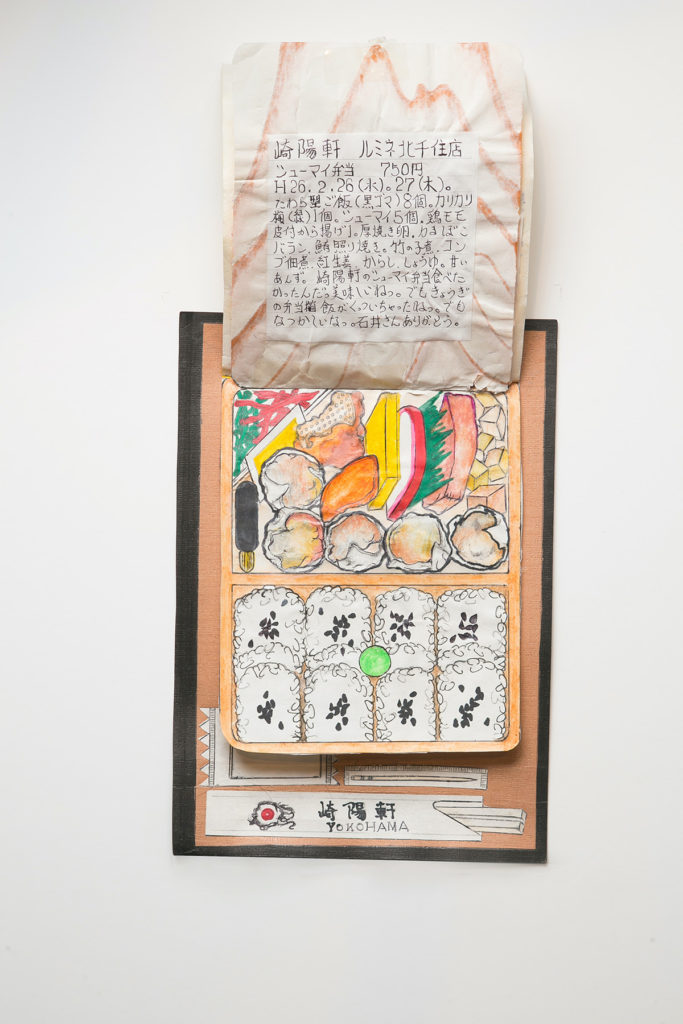