If Disney Characters Used Instagram, This Is What You’d See 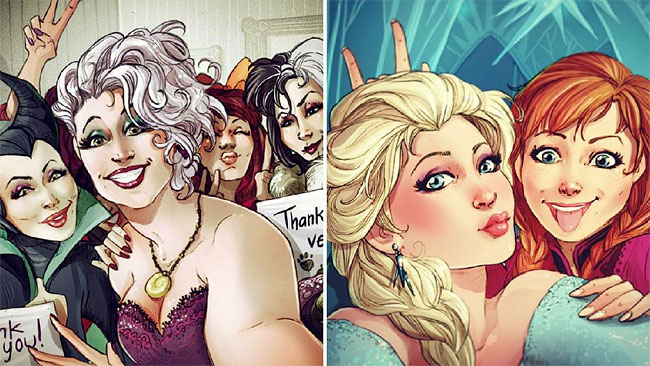 Like many of us, freelancer Italian illustrator Simona Bonafini grew up with all manner of childhood characters from Hercules, Alice In Wonderland, Sleeping Beauty to Cinderella and Aladdin. 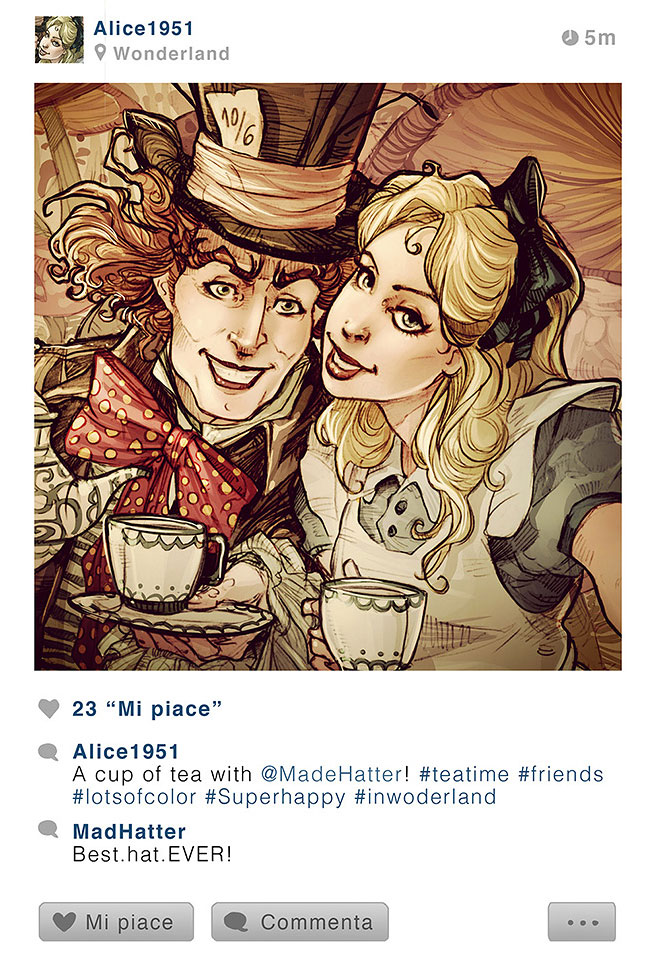 But whilst their animated debuts captured the imagination of millions around the world several decades ago, imagine if they were released today. You wouldn’t find them in comic books or graphic novels – you’d find them on Instagram taking all manner of selfies and photos with their fictional friends. 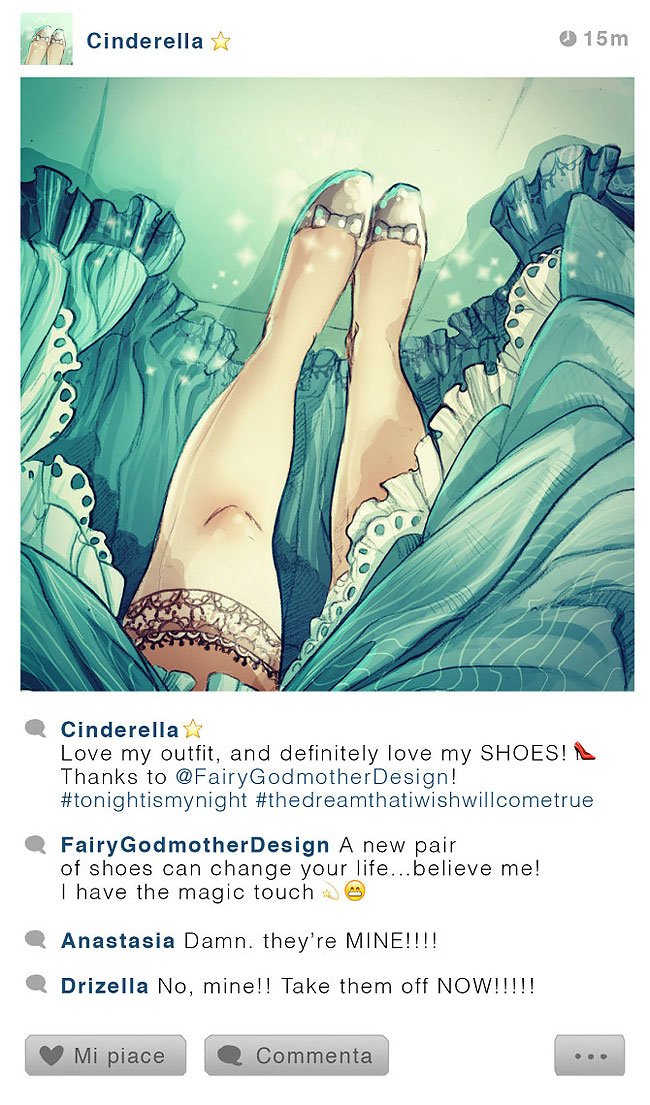 That was all the inspiration Bonafini needed to create a series of illustrations which encapsulate just that – all the traits and characteristics of our favourite childhood heroes played out for all to see on Instagram. Naturally Hercules is all about his six-pack, just as much as Aladdin is obsessed with taking those couples selfies with Princess Jasmine. 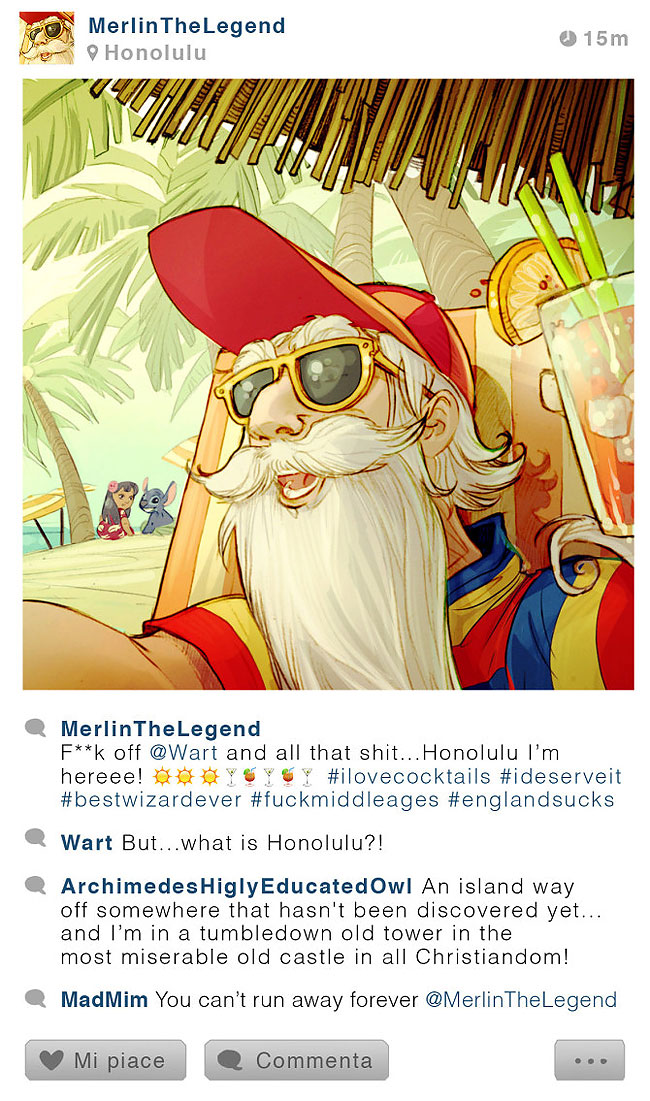 It’s a fun and gorgeously illustrated look at two worlds colliding – the animated heroes of old with ongoing rise of our digital world. 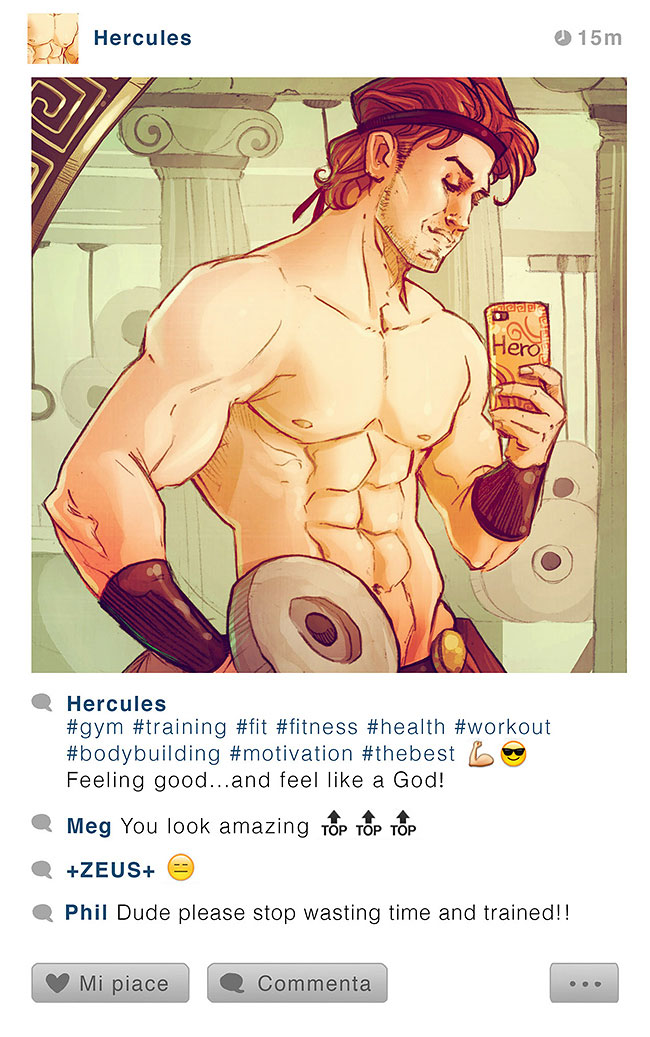 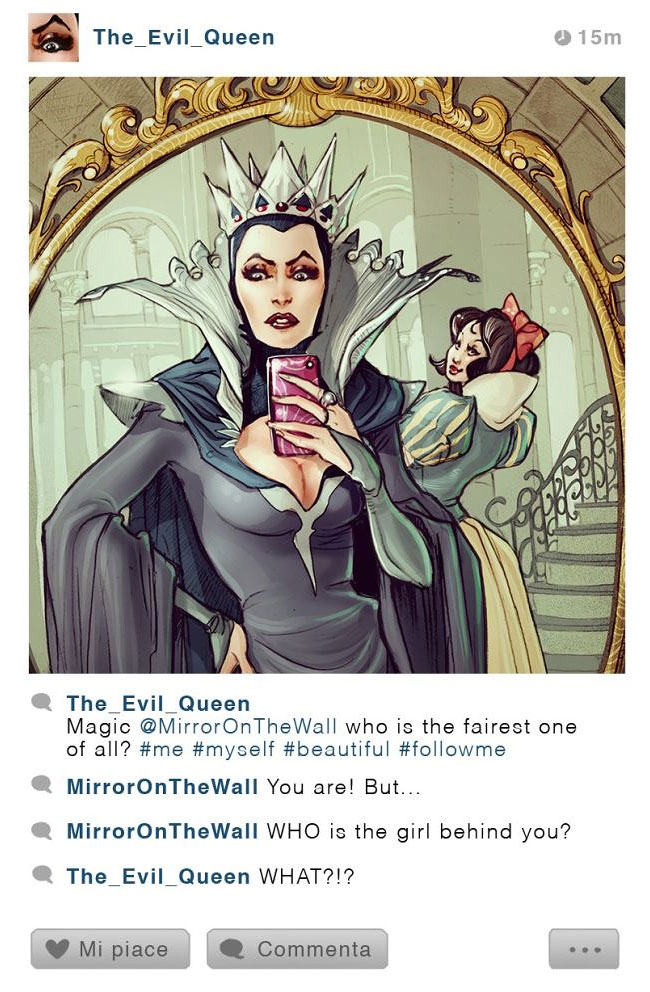 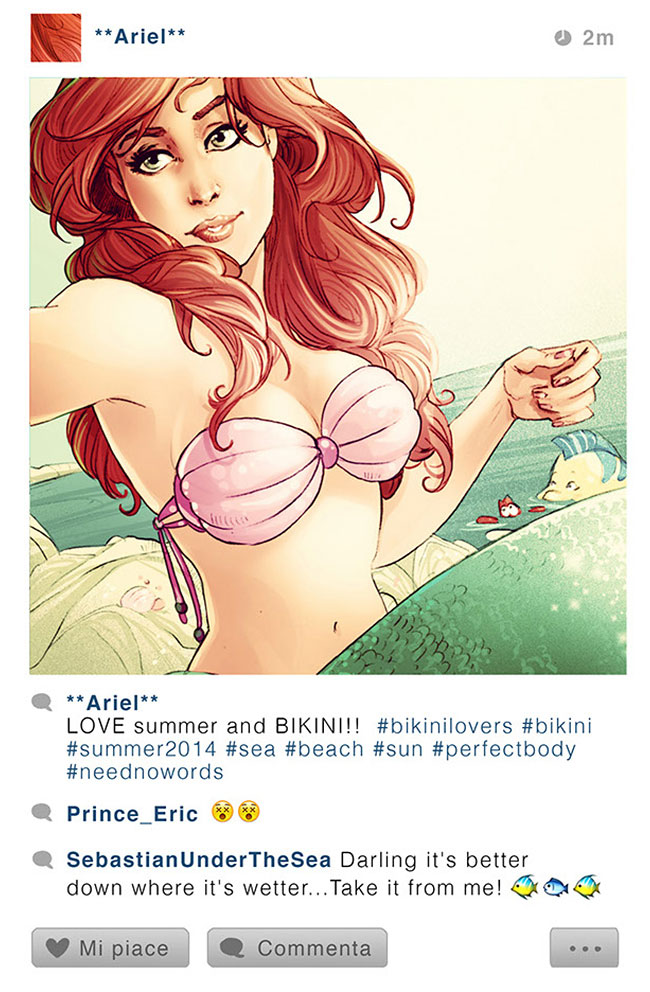 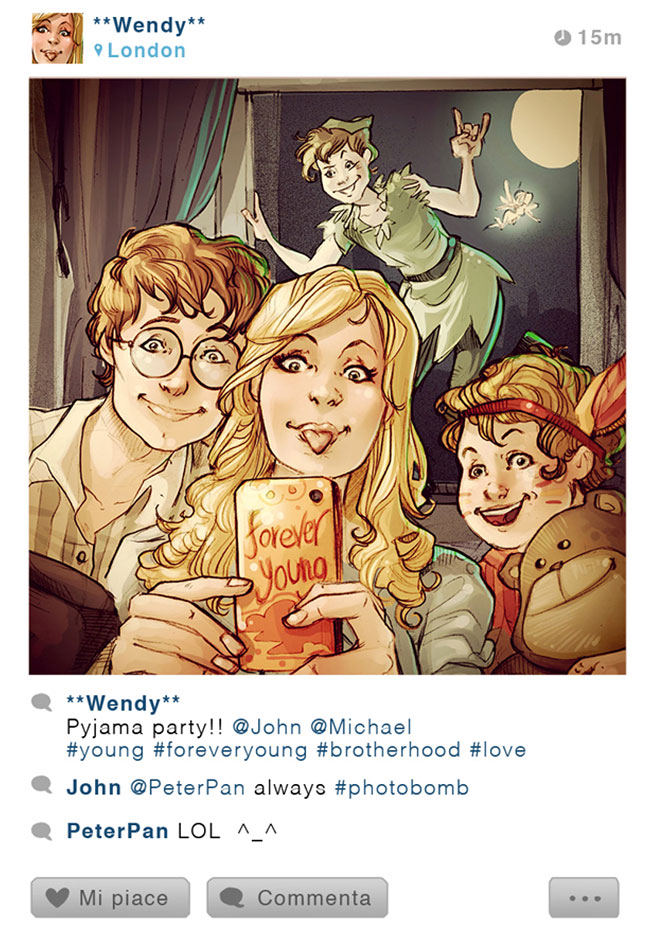 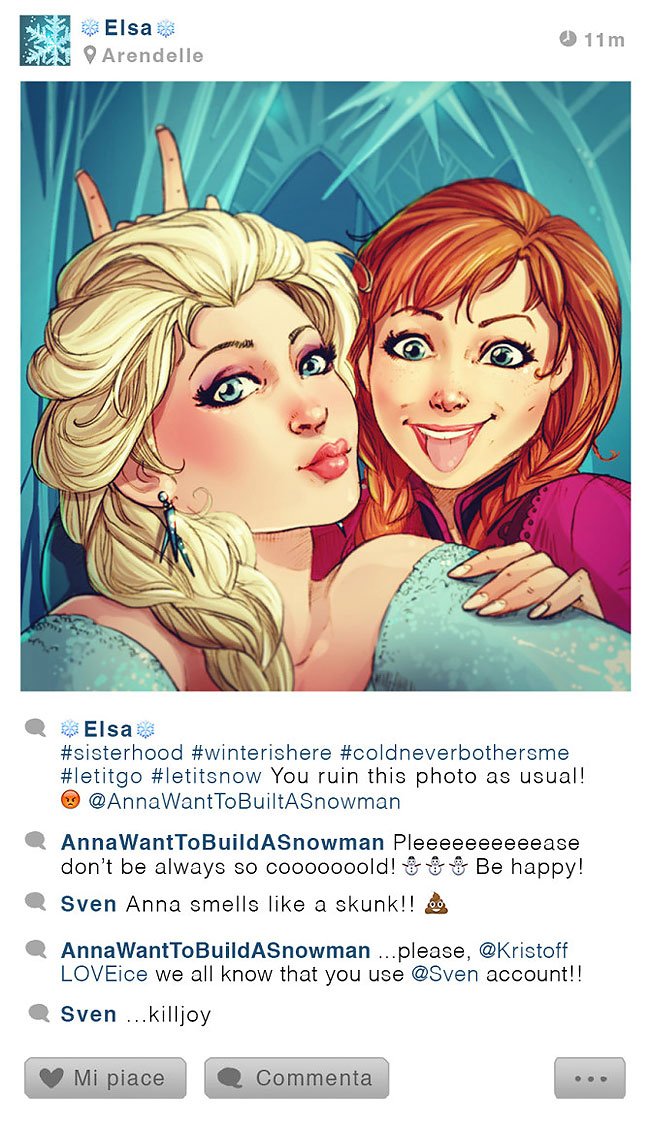 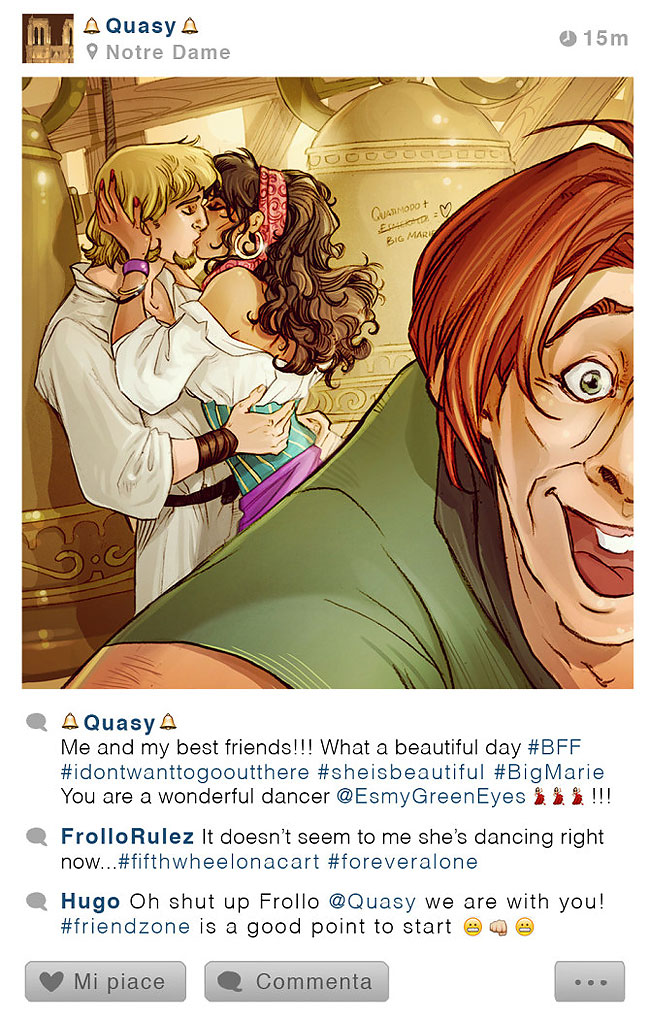 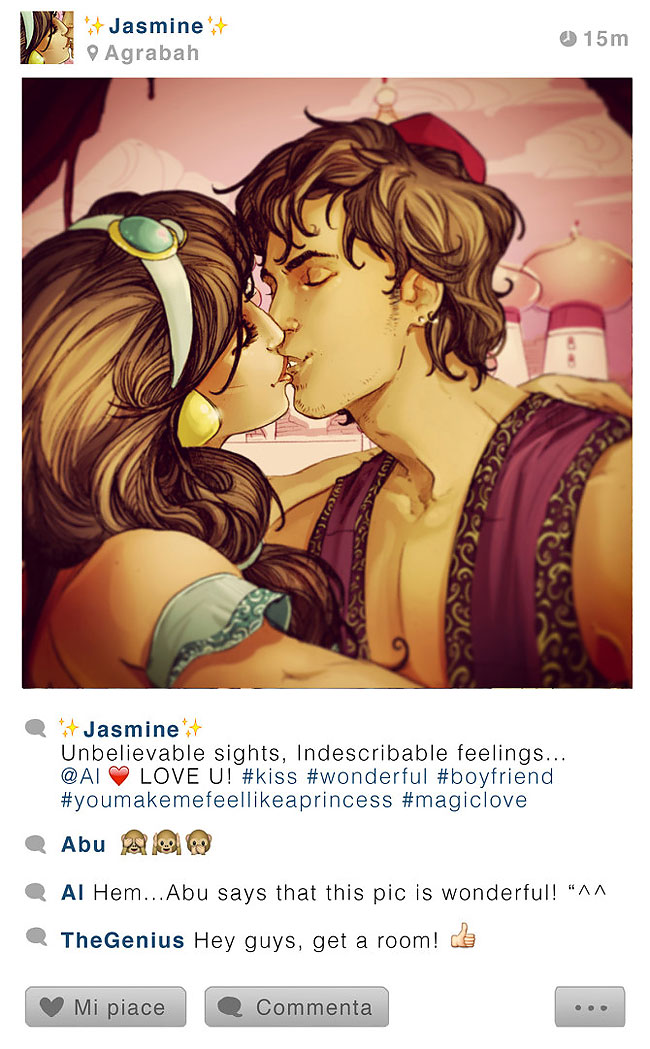 "A Nature Unknown": Couple Created a Series of Illustrations Inspired By the Outdoors
Some Of Hollywood’s Most Beautiful Women Have Been Given A Shocking Bloody Make-Over To Highlight Domestic Violence
Street Artist Pays Homage To Pop Icons With Giant Murals
Extreme Hipsters: People Who Took Hipsterism To A Whole New Level
Book Covers Improved With Googly Eyes
Artist John Bisbee’s Makes Of Sculptures With Only Nails – “Only Nails, Always Different.”
The Explosive And Twisted Illustrations By Mike Hughes
12 Charts That Perfectly Sum Up Being In A Long Distance Relationship
Ghanaians Have A Lot Of Feelings About This Simple Illustration By Poka Arts
1957's Rosglavpivo Catalogue
2007 ‒ 2022 by Design You Trust. Proudly hosted by WebHostingBuzz.
Privacy Policy · Terms of Service · Content Removal Policy ❤️ 🇺🇦