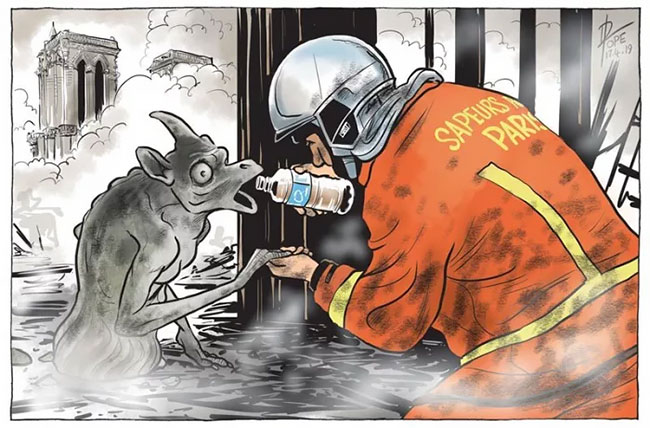 On 15 April 2019 around 6:50 p.m., a fire broke out in the Notre-Dame Cathedral in Paris. One of the most famous historical buildings, it has a strong value to Parisian and French culture and is one of the most famous buildings in the world with around 13 million tourists every year. After the tragic news about the iconic cathedral burning went viral, many artists showed their respect to the monument by drawing it.

Scroll down to see the list of these beautiful tributes to the beloved cathedral. 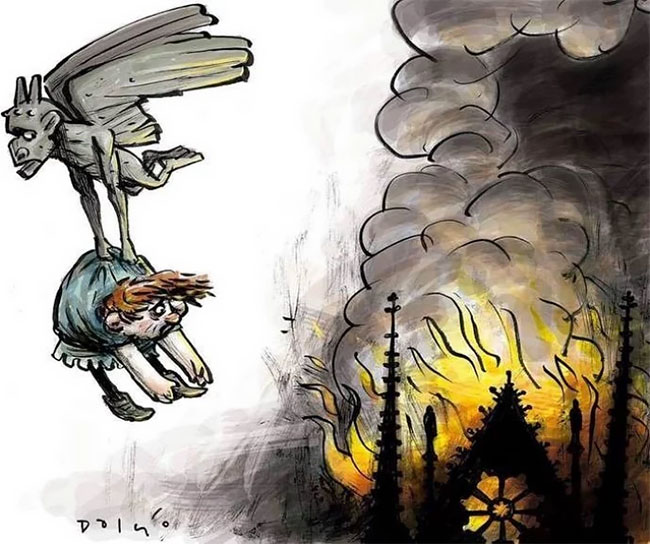 The construction of Notre-Dame started back in 1163 and it was finished almost 200 years later in 1345. It’s important to mention that the iconic spire was added only in the 19th century. Notre-Dame isn’t only known for its incredible architecture, it was also the cathedral in which Napoleon’s coronation by Pope Pius VII took place in 1804. 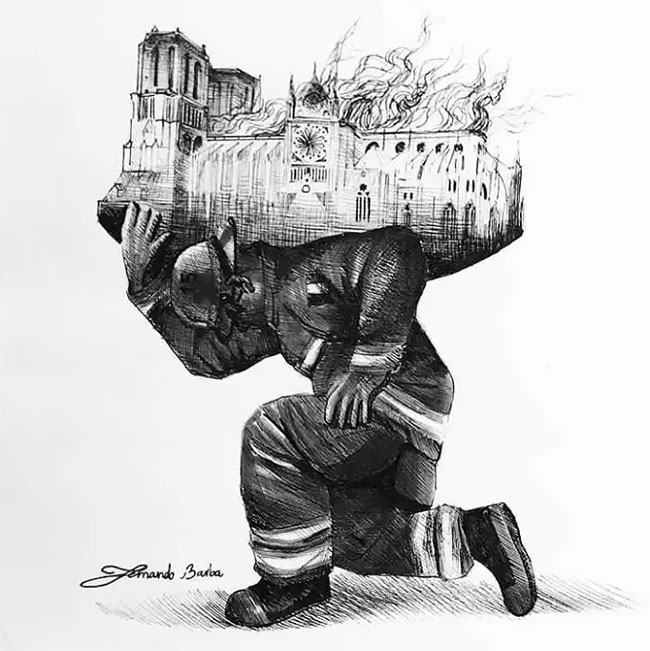 Since Notre-Dame was first built around 700 years ago, the building required constant renovation. During the last few years, it was in desperate need of reconstruction and that’s exactly what was happening before the fire broke out. The renovation was supposed to cost €6 million. Fires often break out during renovation so it is believed that this might have been the case with the Notre-Dame Cathedral. 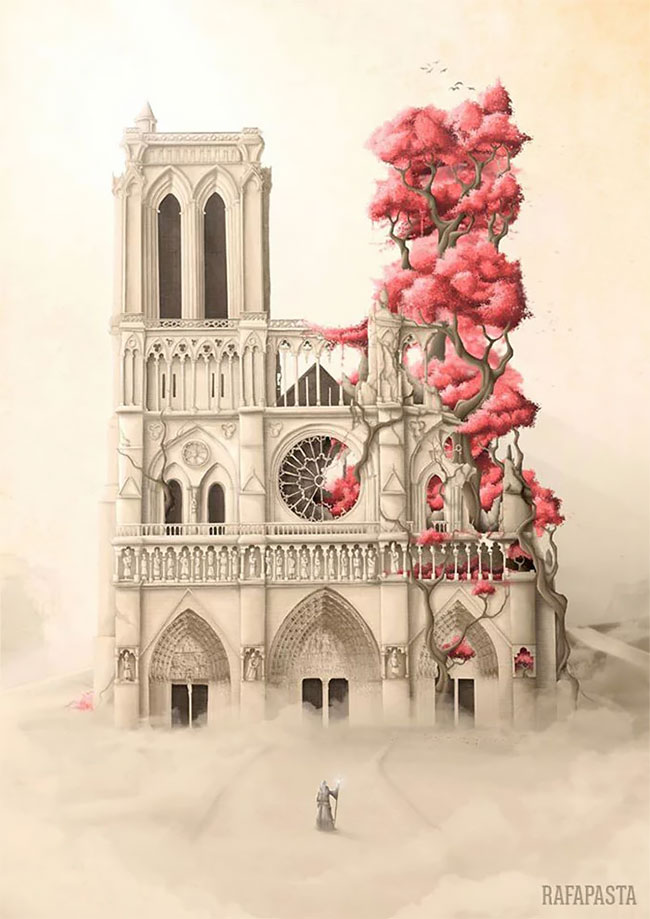 After the news broke, French President Emmanuel Macron promised to restore the cathedral. A fundraiser has been launched and within the first 24 hours, it has brought pledges of €800 million by several benefactors. It is estimated that the reconstruction might take up to 20 years. 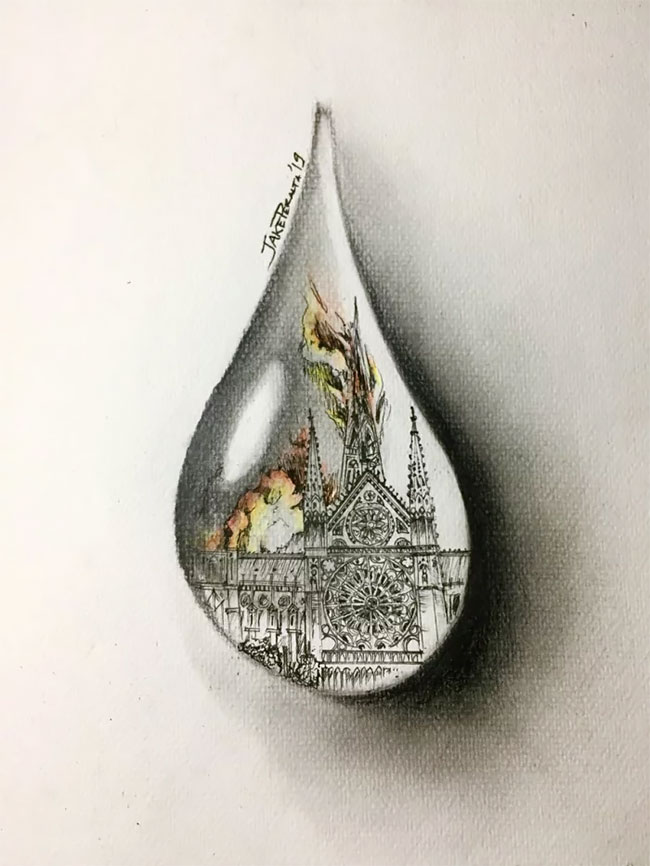 Recent news declare that there have been €1 billion donated to the reconstruction of the Notre-Dame Cathedral which has caused some controversy online. Many people claim that during the past few years there have been many tragic losses around the world, with many people losing their home and their loved ones, yet nobody has ever donated this much money to any of the causes. Notre-Dame example shows how many of the world’s problems could be solved if the world’s richest people would donate to those in need. 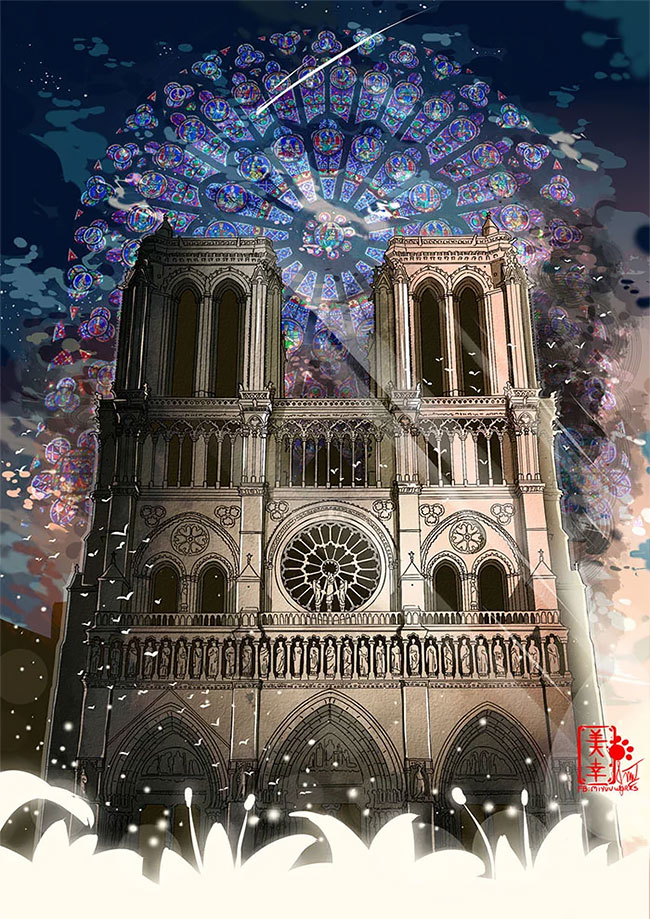 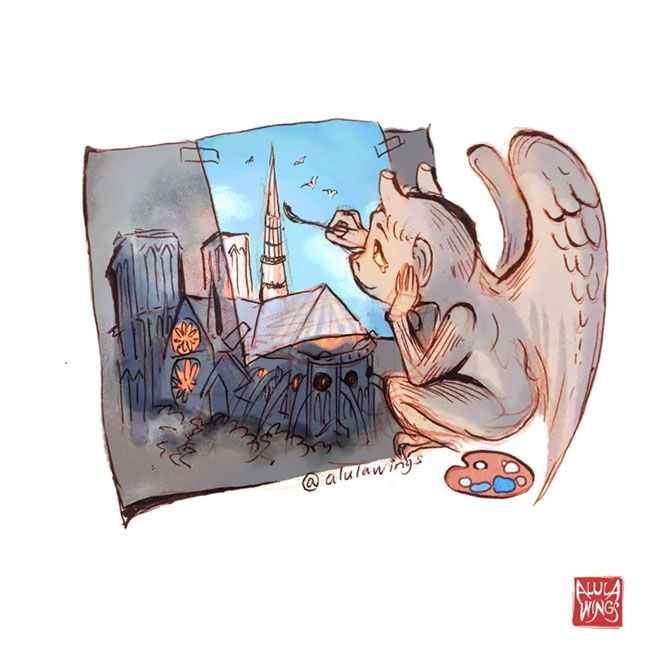 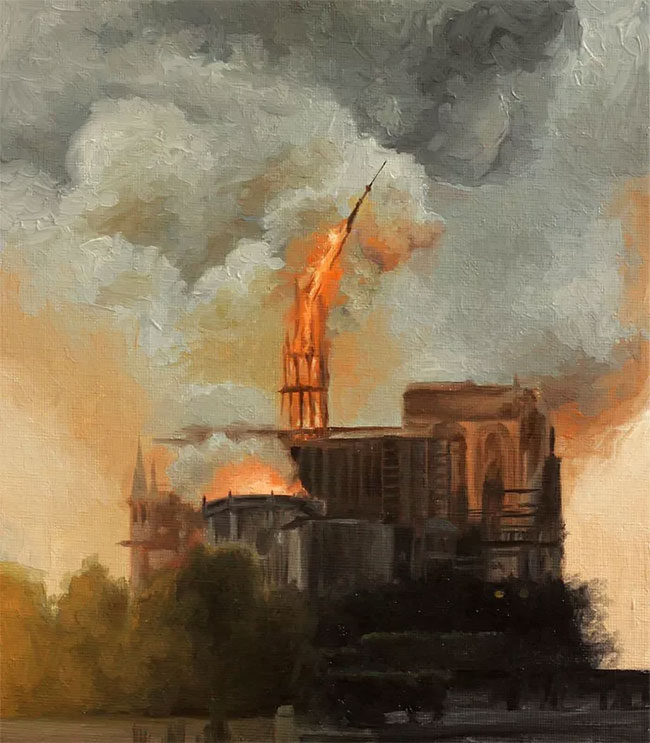 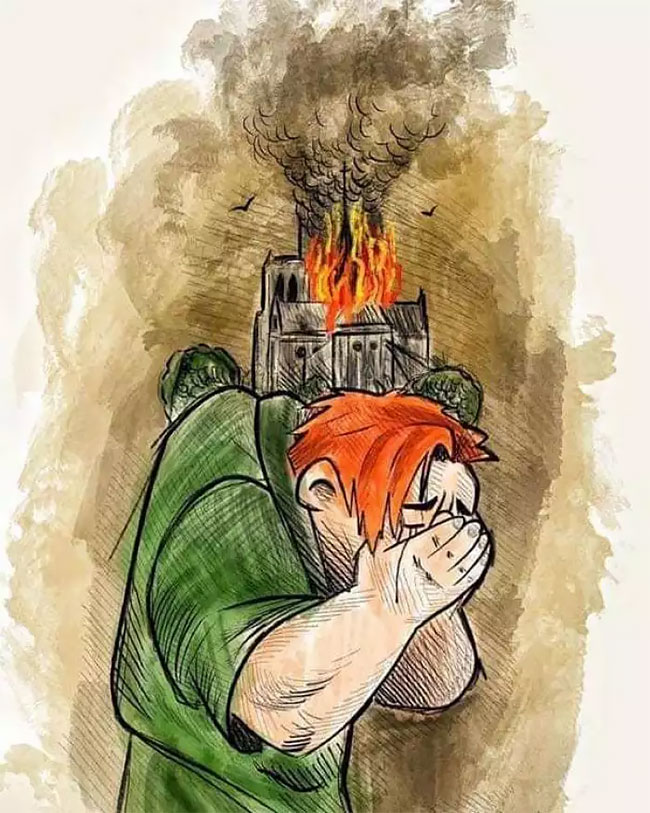 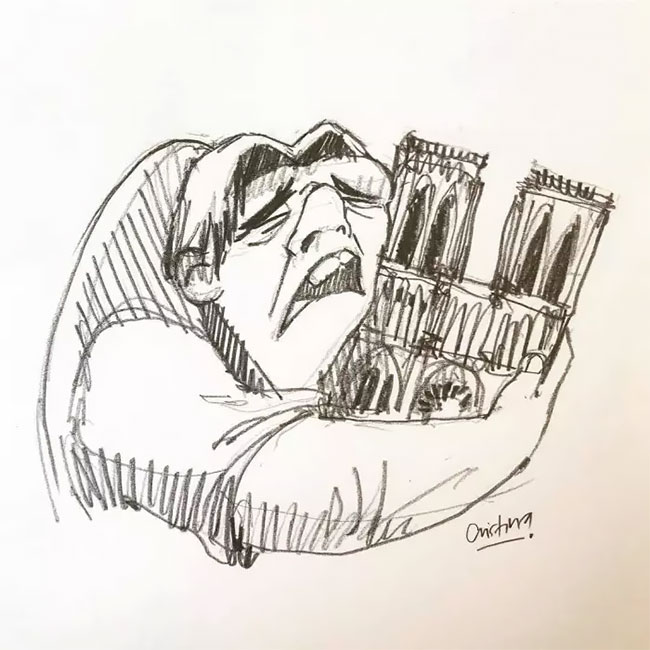 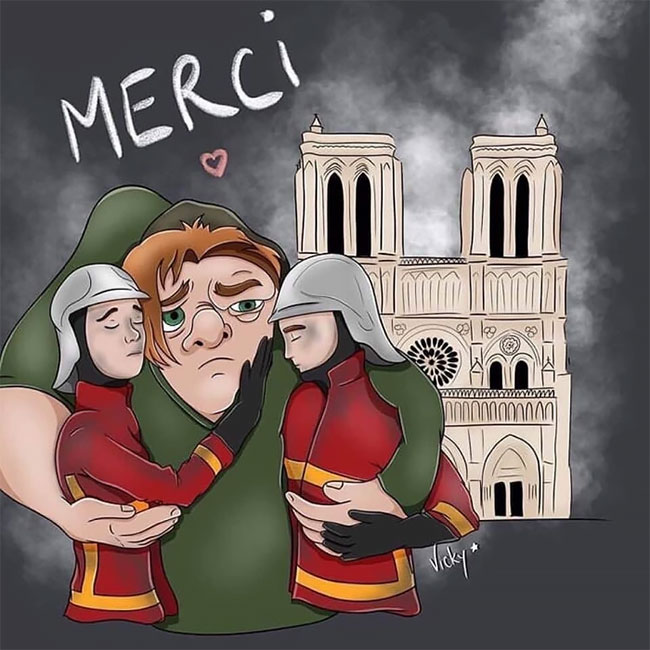 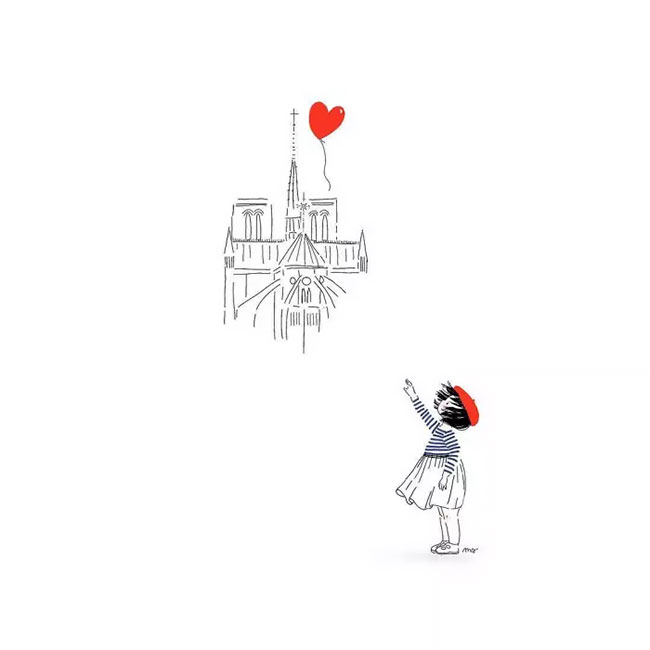 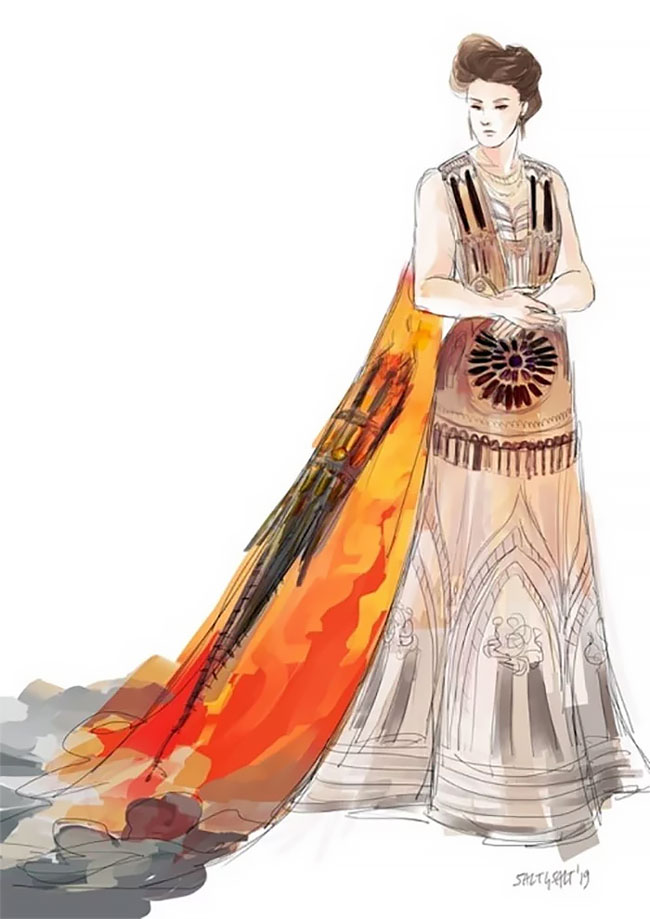 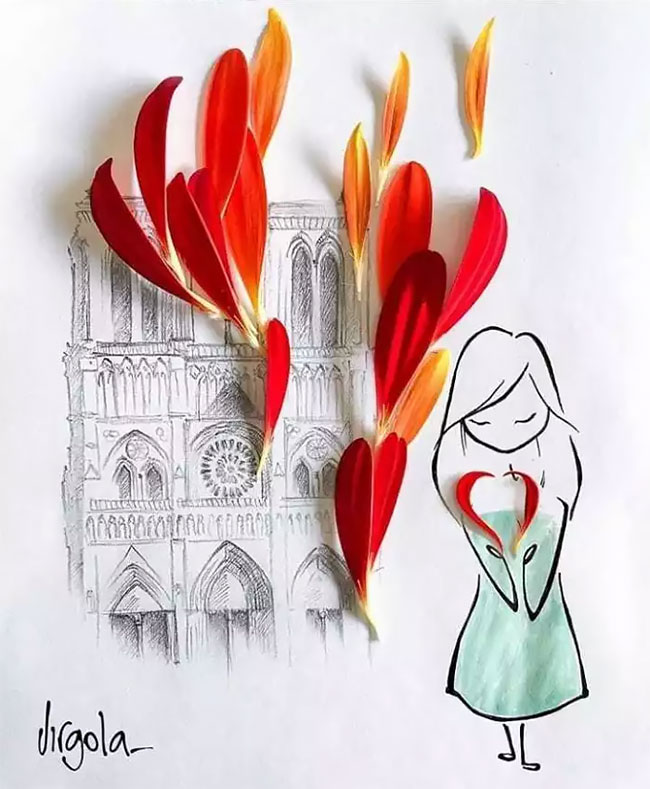 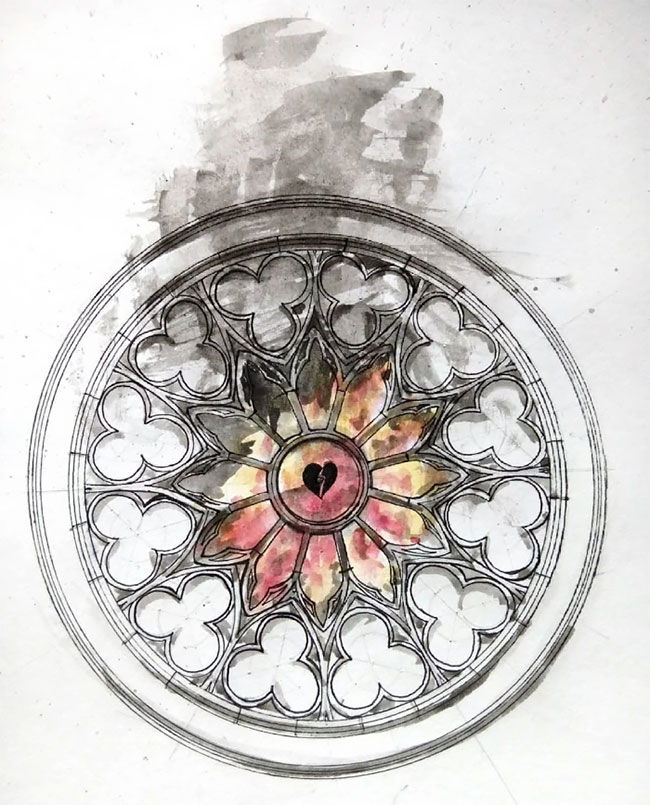 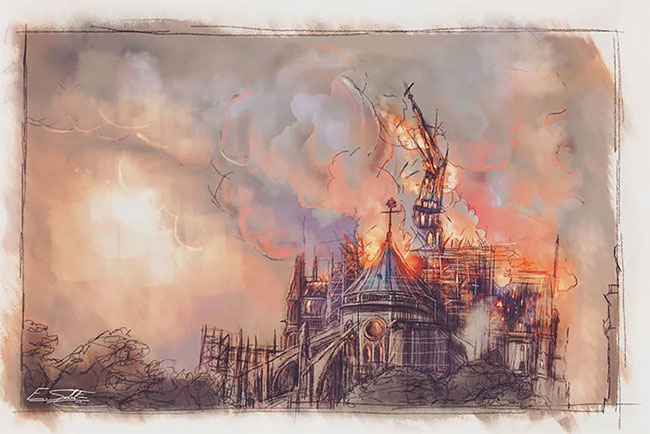 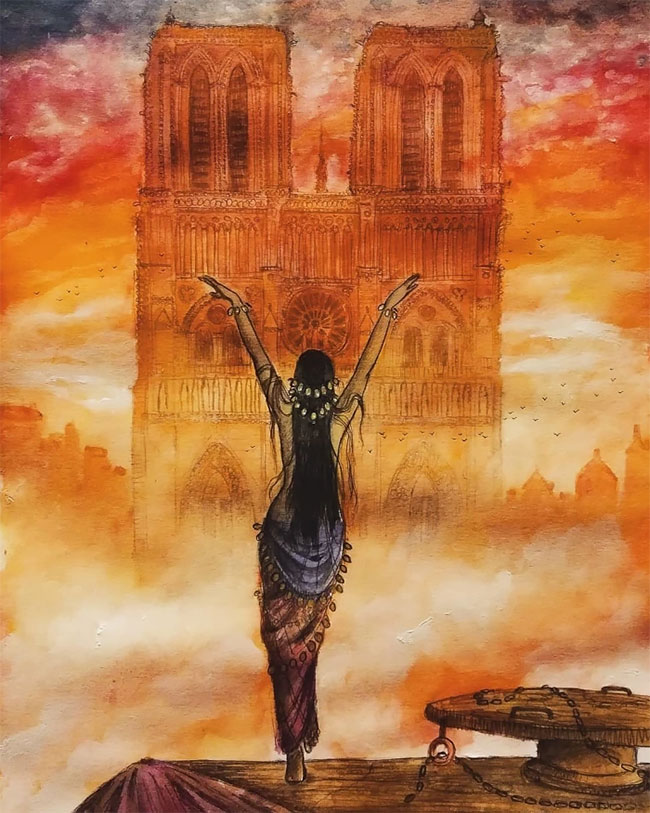 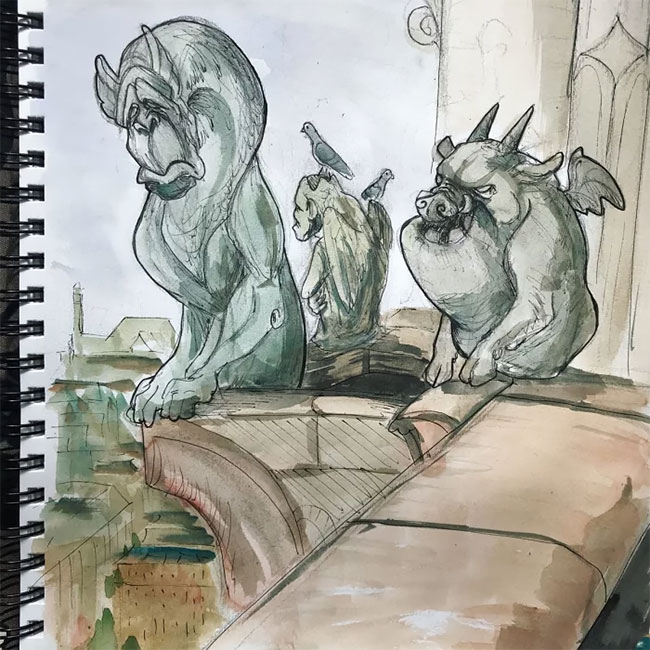 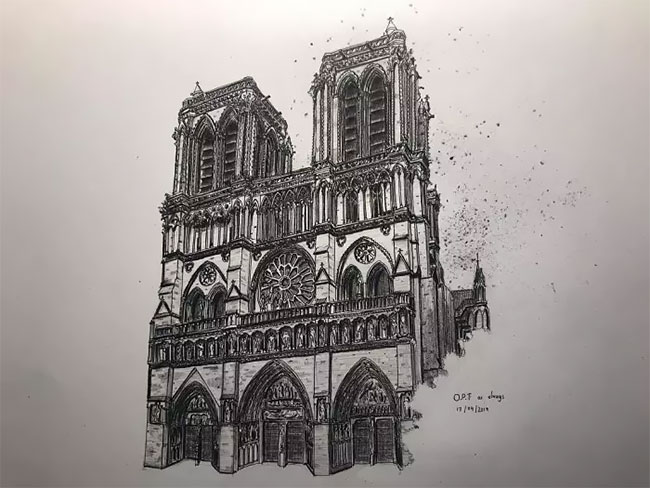 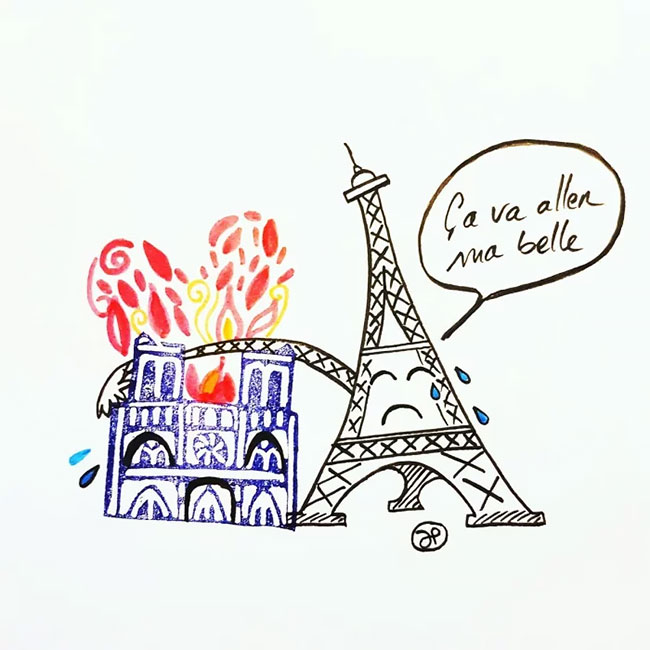 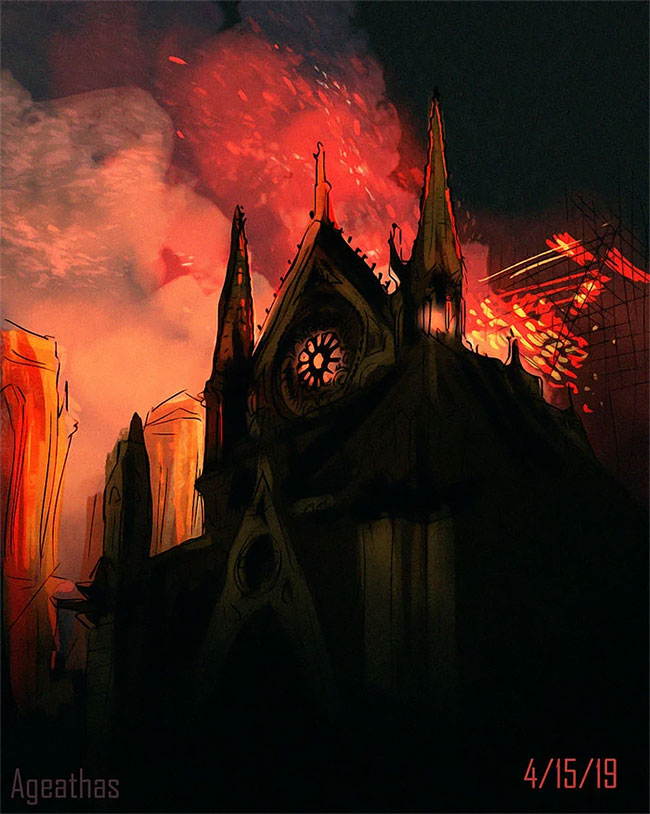 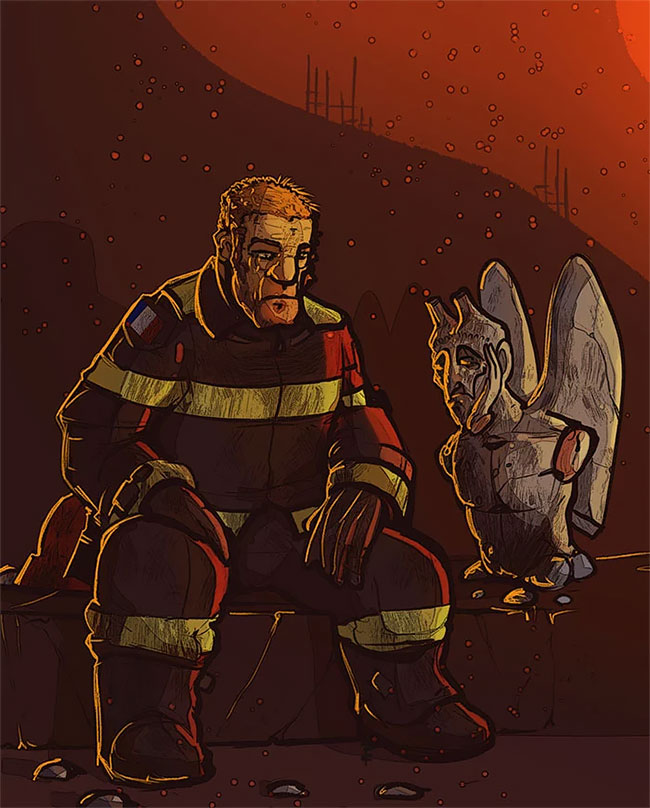 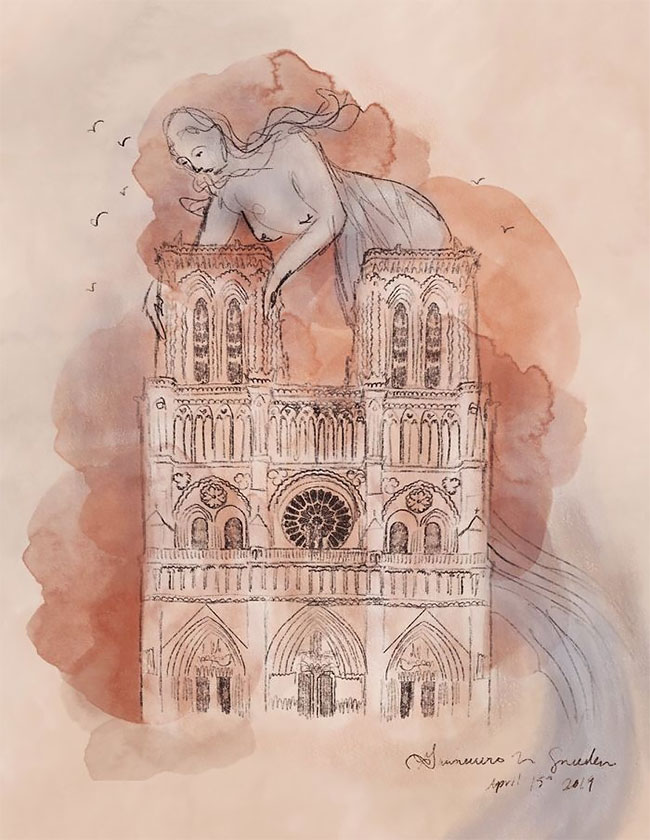 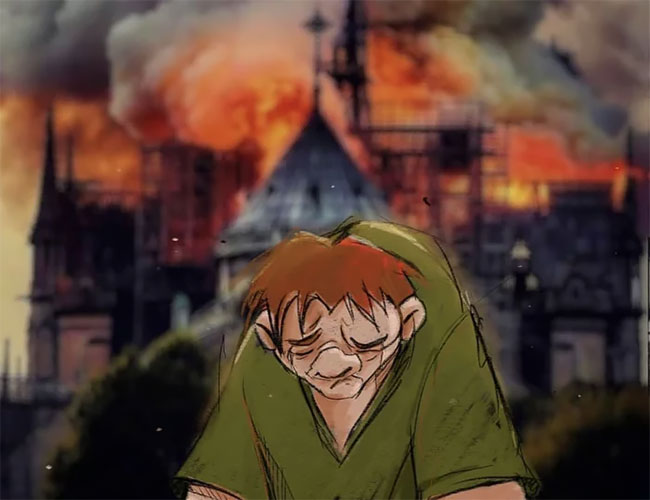 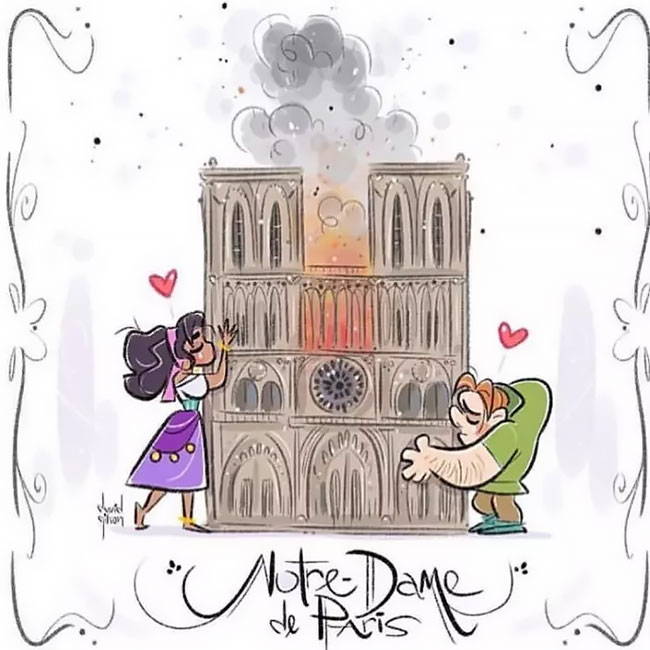 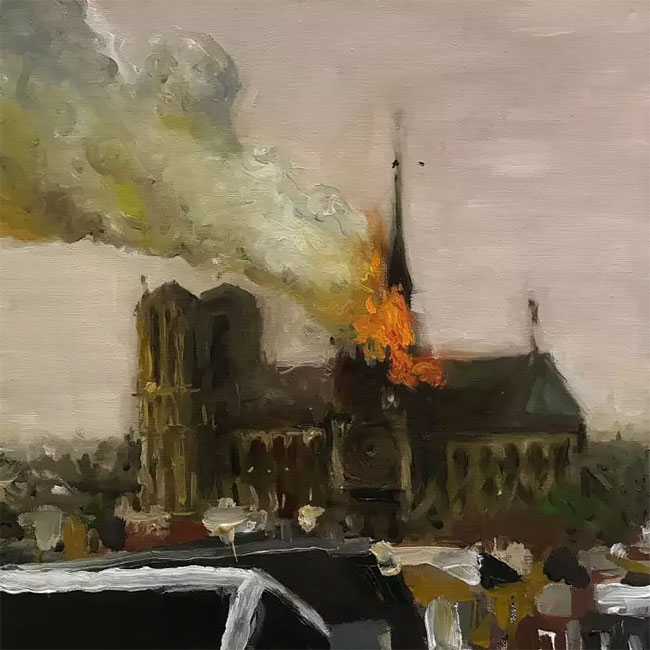 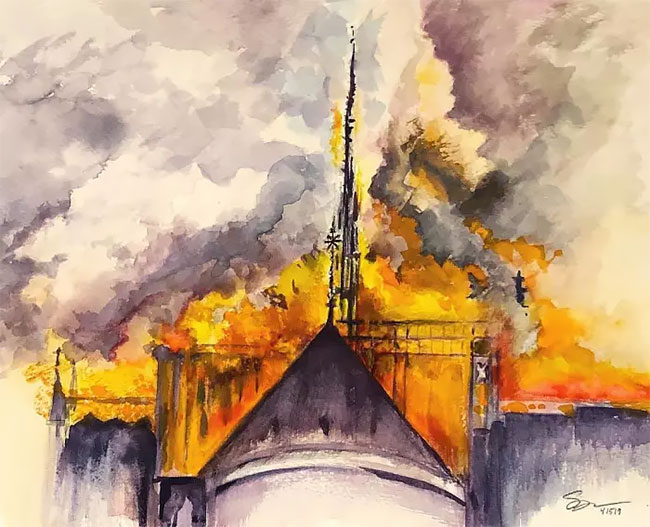 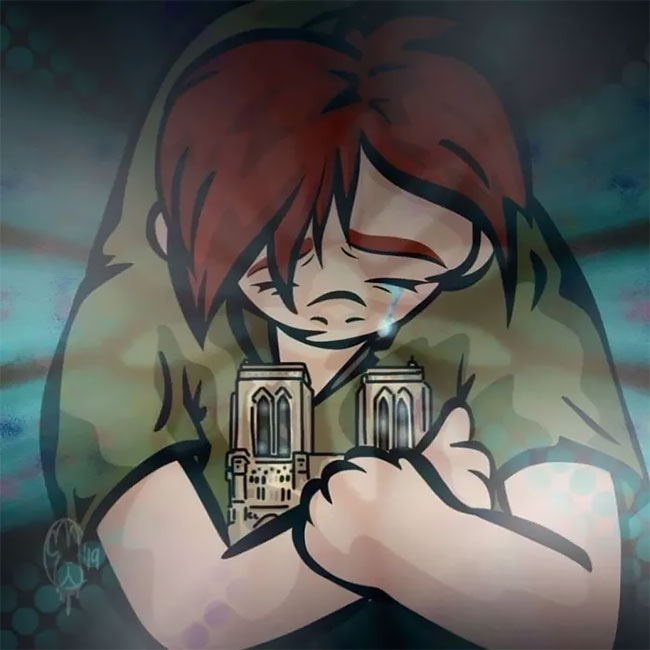 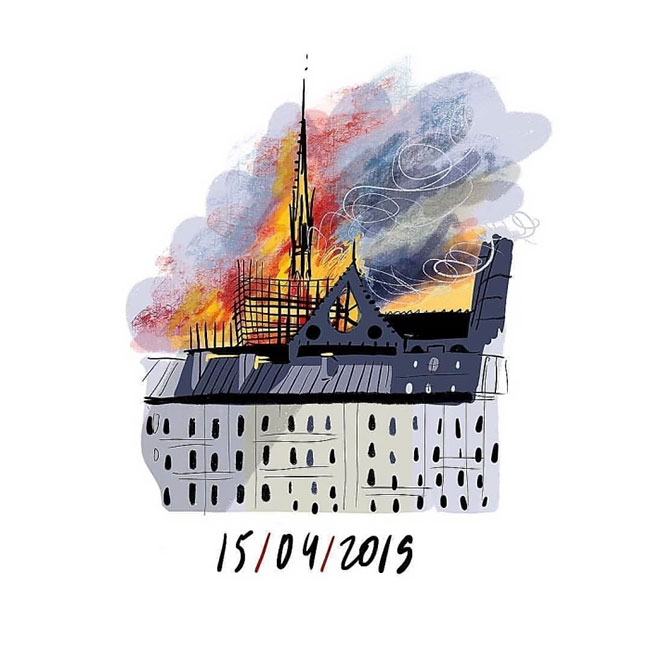 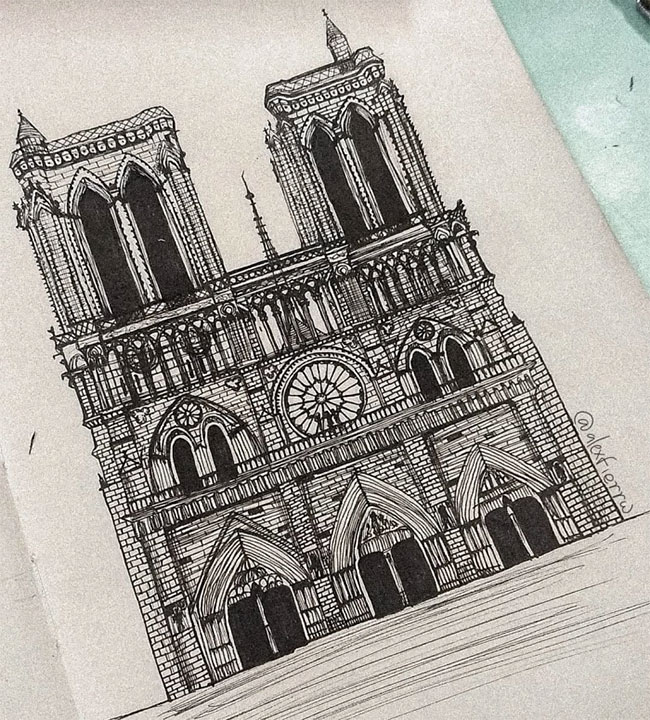 French Dentists Are Protesting That They Are Told To Return To Work Without Proper PPE - They Getting Naked To Protest
Feeling Sad? The 'Emergency Compliments' Will Cheer You Up
Artist Shows The Sorrow Of Thrown Away Objects He Finds In The Streets By Drawing Sad Clown Faces On Them
Photographer Celine Liu Photoshops Herself In Images Of Celebrities Found On The Internet
Digital Loveliness
Apocalypse Tomorrow 2012 Pin-Up Calendar
Until We Meet Again: Dreamy And Surreal Paintings Of Robert Dowling Jr
Spitting In The Face Of Christ: The Superb Blasphemous Horror Art Of Paolo Girardi
"The Womb Beyond The World": Dark Illustrations By Mexican Artist Tavo Santiago
Grandpa's Life: Cozy and Melancholic Paintings by Gary Bunt
Random Facts About The World That Might Change Your Perspective On Certain Things
A 19th-Century Vision of the Year 2000
20 Fantastic Works Of Street Art That Brightened Up Our Streets Last Year
Artist Adds Creative Twist To His Travel Photos with Paper Cut Outs
Pejac Paints Mesmerizing 'Eye Trap' Window and Keyhole Illusions on the Streets of Istanbul
"Edge Of Tomorrow": Amazing Sci-Fi Digital Artworks By Simon Goinard
The Superb Futristic Dashboards and Floating UIs by Sebastian Stapelfeldt
Rio Olympics Closing Ceremony Ends With Tokyo Prime Minister Dressed As Super Mario
"Giant Animals And Tiny Humans": Breathtaking Surreal Photo Manipulations By Eben McCrimmon
"I Asked My Friends Who The Most Beautiful Girl From Their Country Was..."
Paris versus New York
Pierre Schmidt’s Melting Faces Show Us The Terrifying Beauty Of The Subconscious Mind
Inspired By Graffiti, Superb Illustration Artworks Of Stu Mason
Social Distance: A Graphic Story For The Coronavirus Age By Mark Haddon
cathedral, france, Notre Dame, paris, tribute

This 3-Year-Old Girl Dresses Up As Famous Women To Support Her Sick Grandmother
Photoshop Contest Participants Give A Glimpse Of What If Giants Lived Among Us
Pop Culture Icons Invade Van Gogh’s ‘Starry Night’ Painting In Adorable Series
The Apocalypse: The Colorful Medieval Illustrations About The End of The Days, 1330
Artist Turns Total Strangers Into Awesome Anime Characters
Artist Creates Portraits Of New Yorkers Using Colored Pencils And Pastels
Thomas Lamadieu Creates Whimsical Art Where The Building Rooftops Frame The Sky
"What If We Could Swim In The Clouds?": Artist Laurent Rosset Mixes The Sky With The Sea
Who Says Girls Can't Repair Cars? Check Out These Amazing Photographs Of Women Auto Mechanics From The Early 20th Century
Artist Scott Listfield Paints Post-Apocalyptic Scenes Of The Bay Area
2007 ‒ 2023 by Design You Trust. Proudly hosted by WebHostingBuzz.
Privacy Policy · Terms of Service · Content Removal Policy ❤️ 🇺🇦