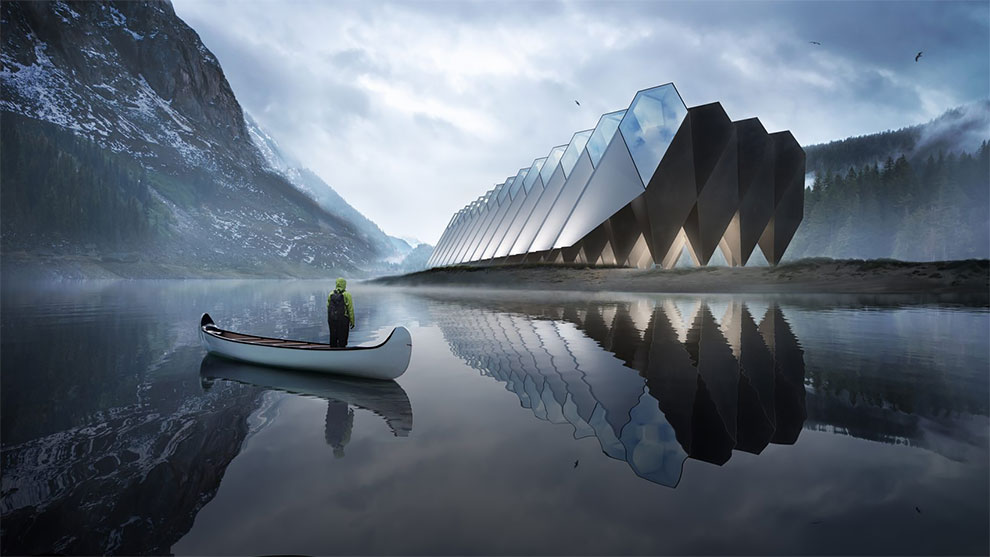 Engineers from WSP are working with architects at Innovation Imperative to create a carbon neutral modular hotel made from groups of concrete pods. 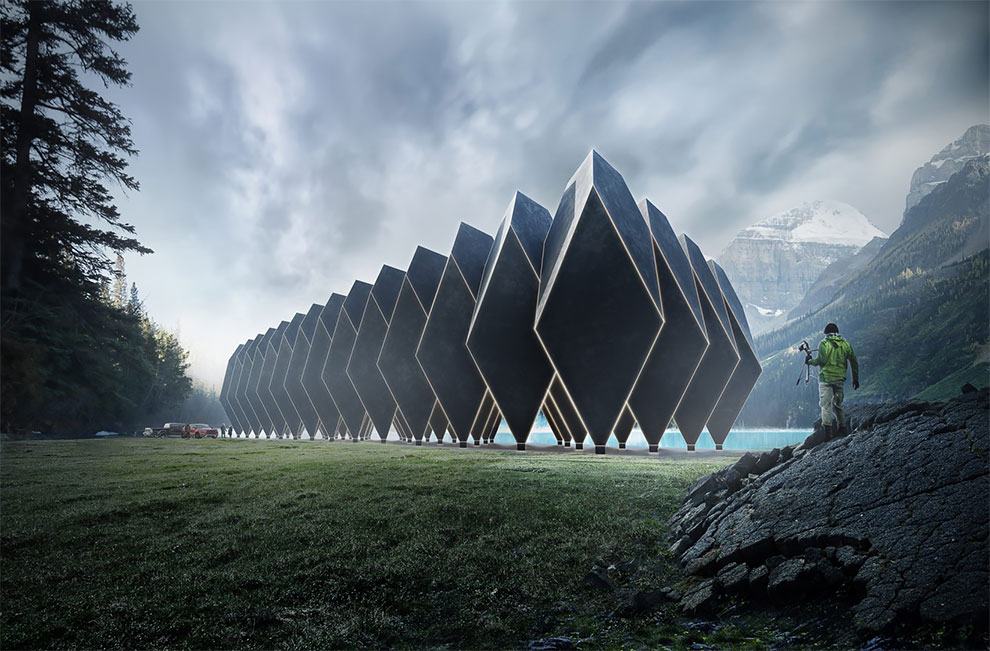 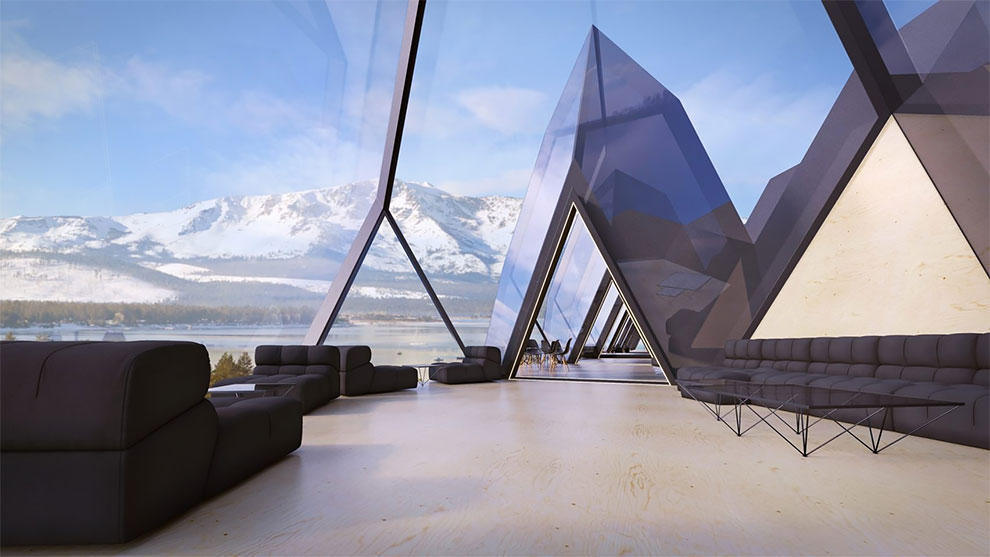 Each of the futuristic faceted pods, which appear to teeter on a tapered point, would be made from reinforced concrete panels. 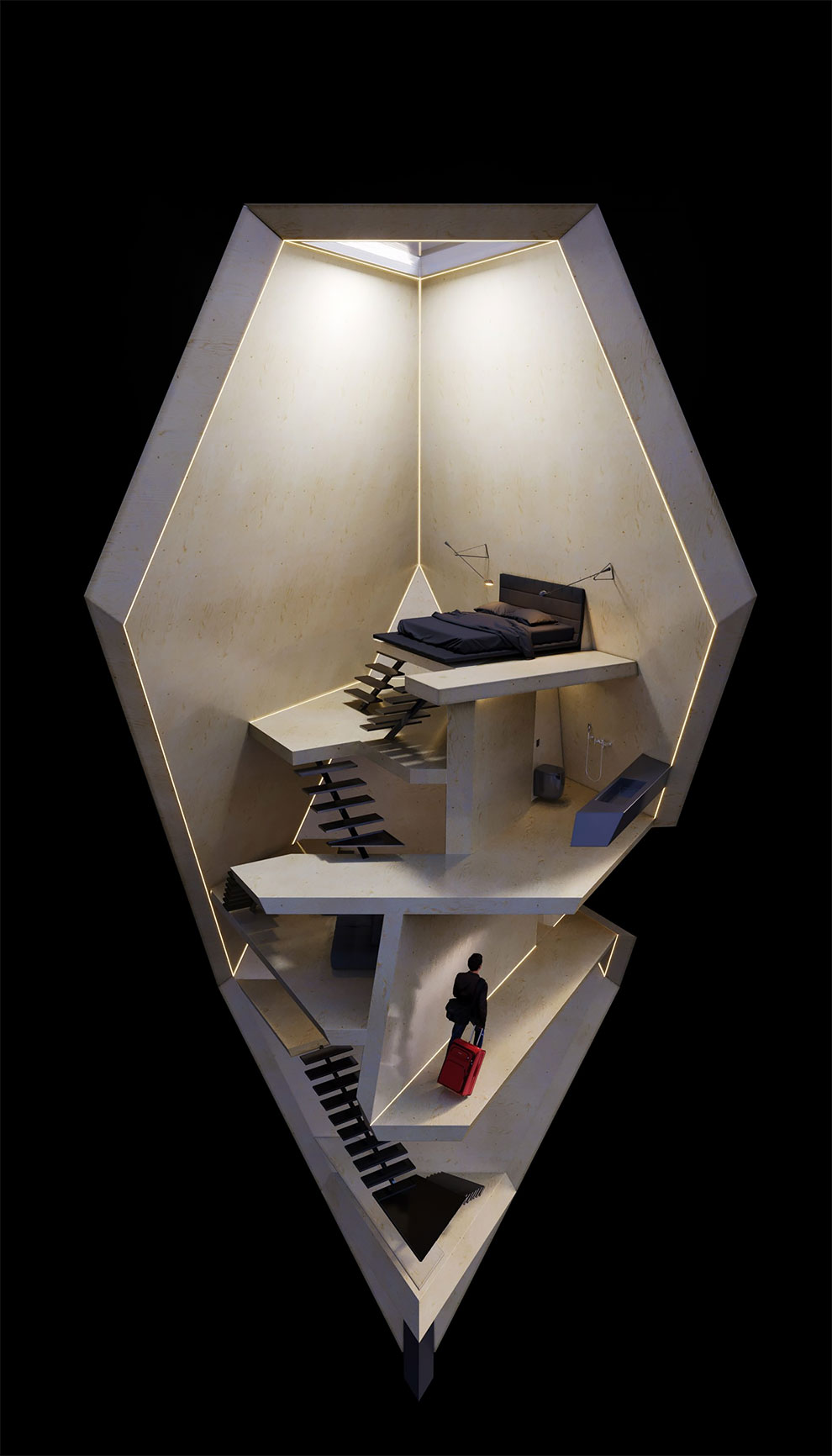 According to the engineers the panels would be made from local materials and fabricated onsite, allowing the concept to be released in remote and geographically interesting locations.