As The Standard Of The World Turns: Lovely Photos Of 1965 Cadillac Coupe DeVille 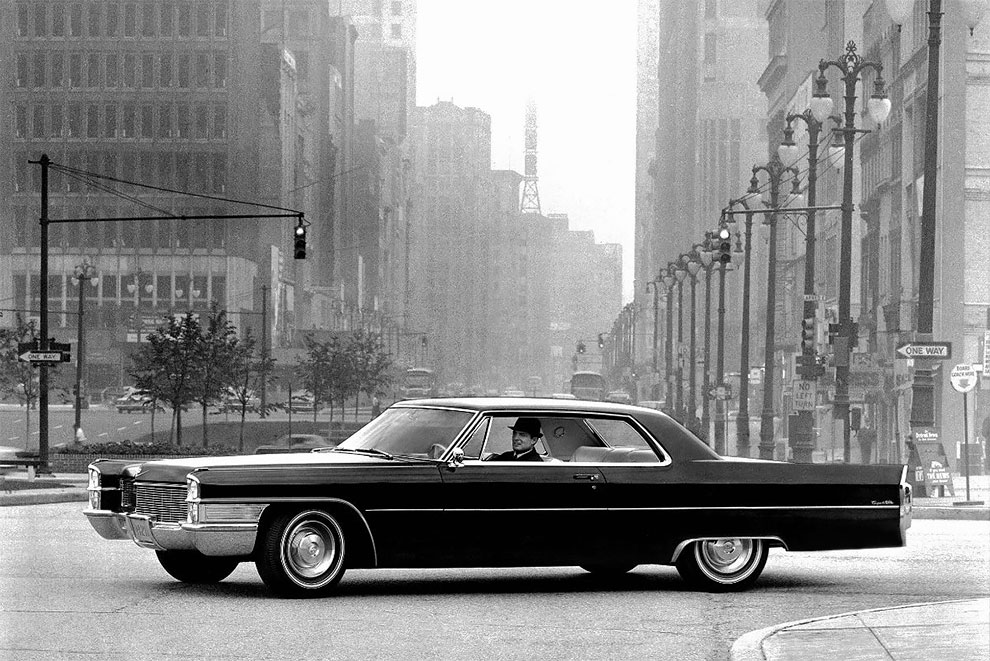 Cadillac was “Standard of the World” in motoring pleasure and owner loyalty. “So new, so right, so obviously Cadillac!” This editorial is dedicated to those who regard their motorcars as prized possessions. Once one has been in the driver’s seat of a new Cadillac… it is difficult to become content with any other car.

Here is another classic DeVille encore performance… in the continuing saga of “As the Standard of the World Turns.”

Another body change gave every 1965 Cadillac a longer, lower silhouette. Rear fenders were now planed ruler-flat in profile, though a hint of fin was preserved via a recontoured rear deck. Also new were a straight back bumper and vertical lamp clusters.

Up front for the 1965 Cadillac line, the headlight pairs were switched from horizontal to vertical, making for an even wider grille. Curved side windows appeared, six-window hardtop sedans disappeared, and pillared sedans returned in Calais, DeVille and Sixty Special guise. The Special also reverted to its exclusive 133-inch wheelbase (last used from 1954 to 1958).

The 1965 Cadillac Series 62 was renamed Calais, but its roster was thinned to just two hardtops and a pillared sedan. The convertible moved to the midrange DeVille series, which had been gaining popularity since its 1959 inaugural.

Despite an unchanged V-8, the slightly lighter 1965 Cadillac lineup boasted the luxury field’s best power-to-weight ratio. A new “Dual driving range” Turbo Hydra-Matic transmission and full-perimeter frames (replacing the X-type used since ’57) were adopted except on Series 75s, and all 1965 Cadillac models came with a new “sonically balanced” exhaust system. Amazingly, prices weren’t too far above what they’d been back in 1961.

Cadillac had a resounding 1965, producing close to 200,000 cars. But it was a great year for all Detroit, so that volume was only good for 11th place. 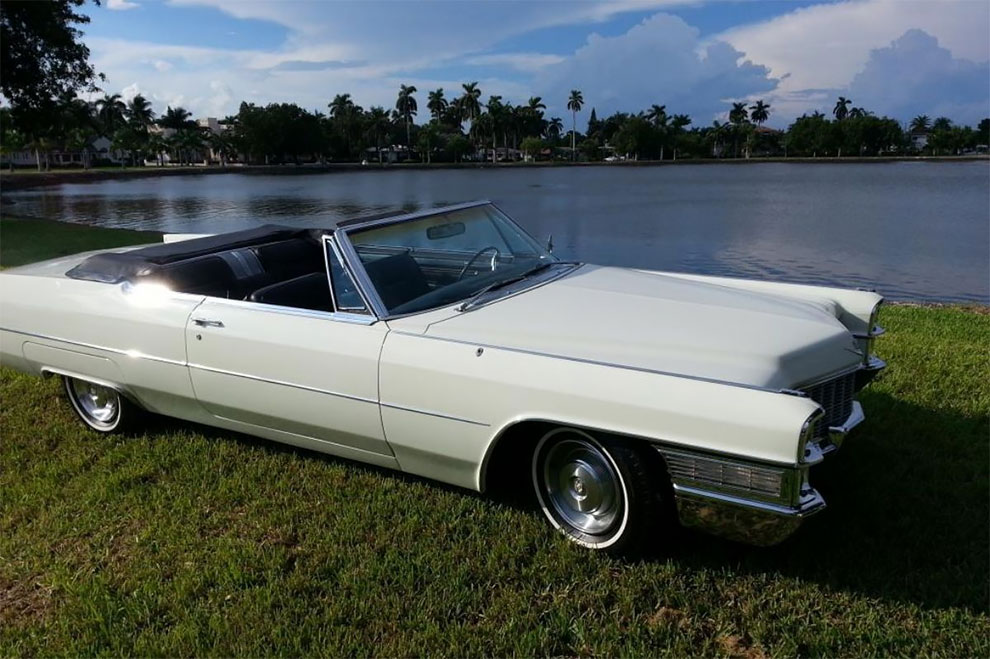 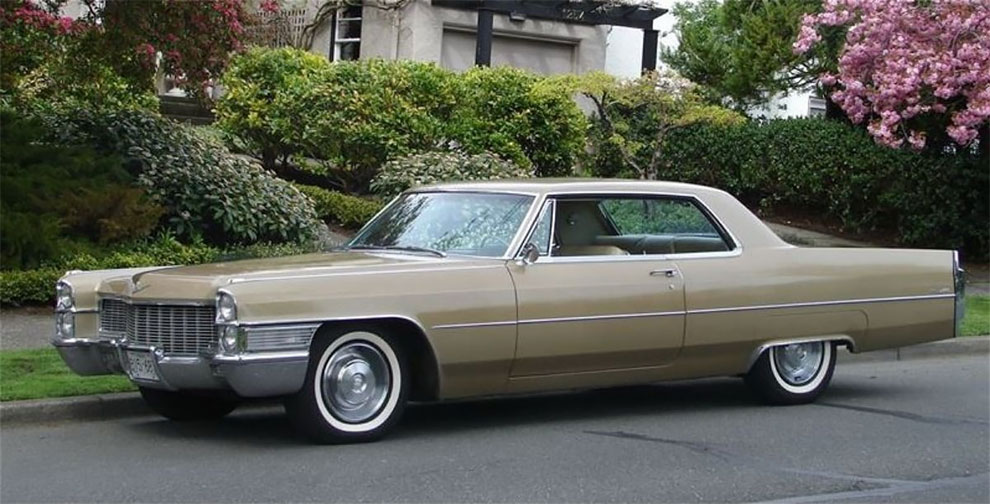 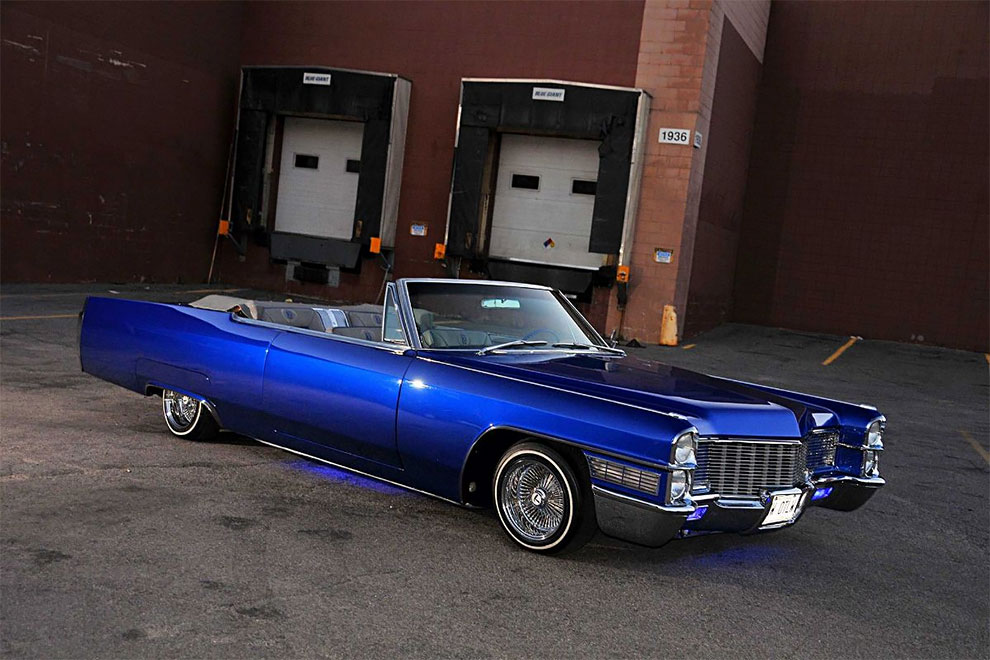 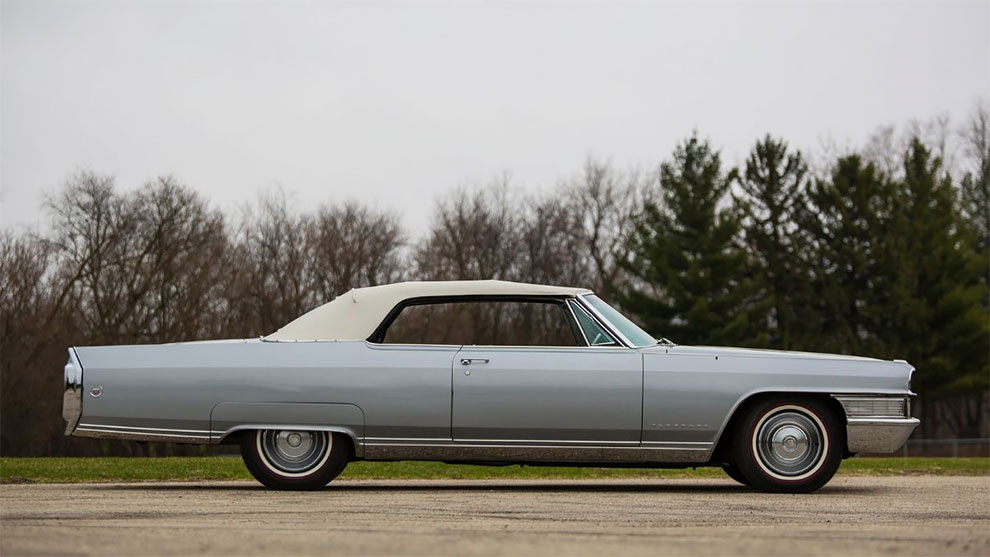 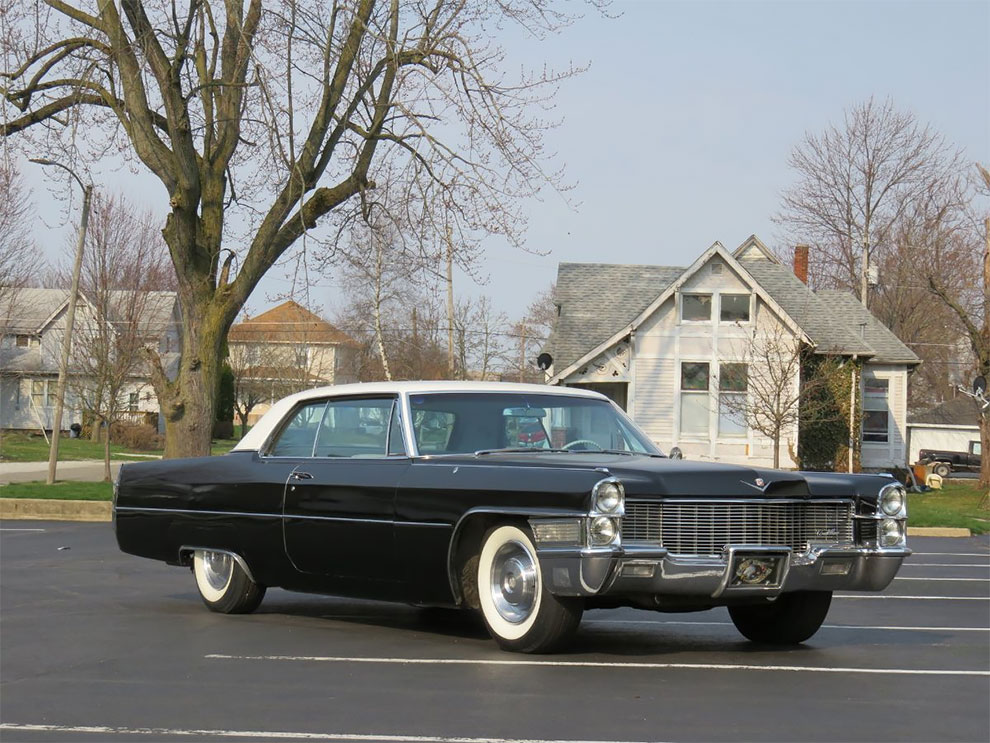 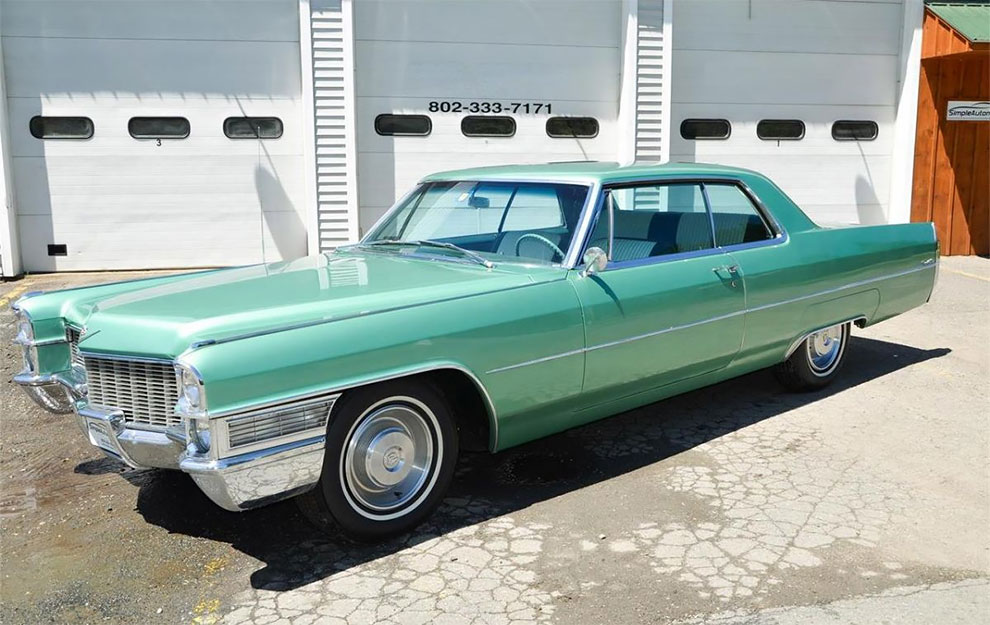 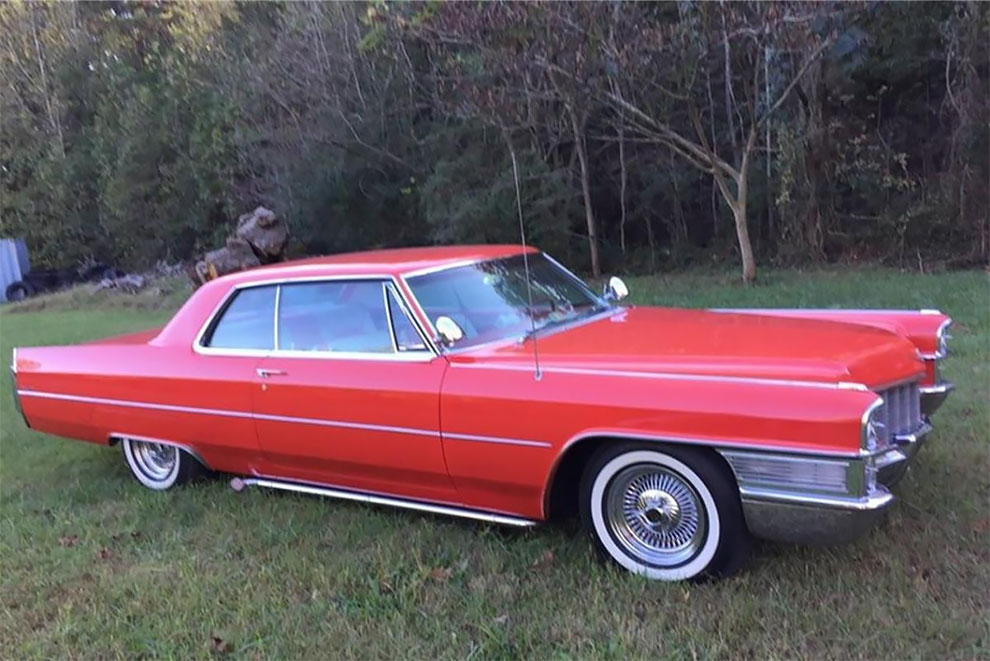 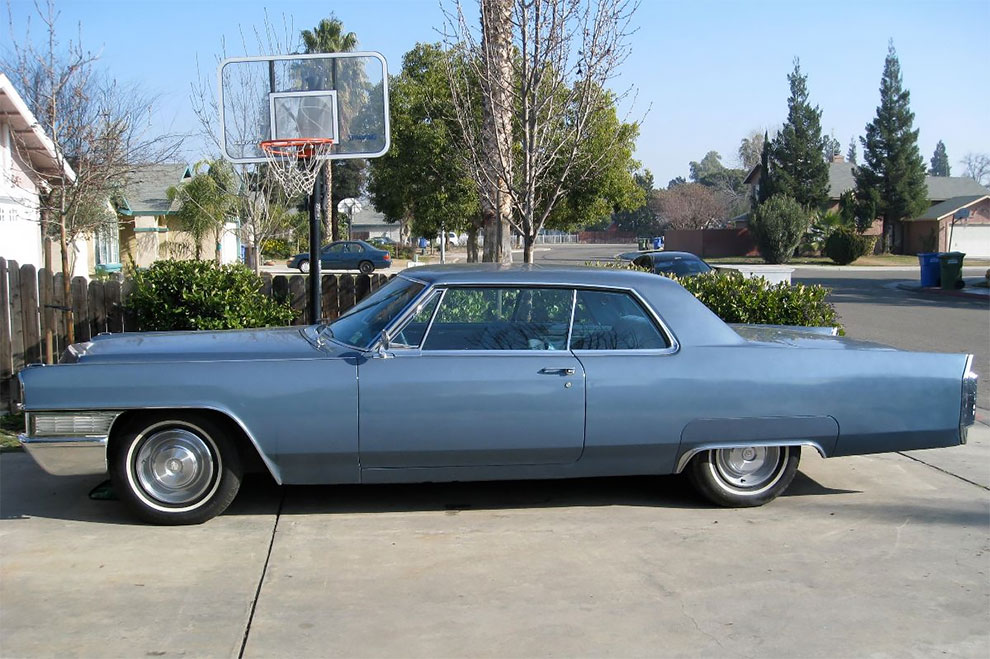 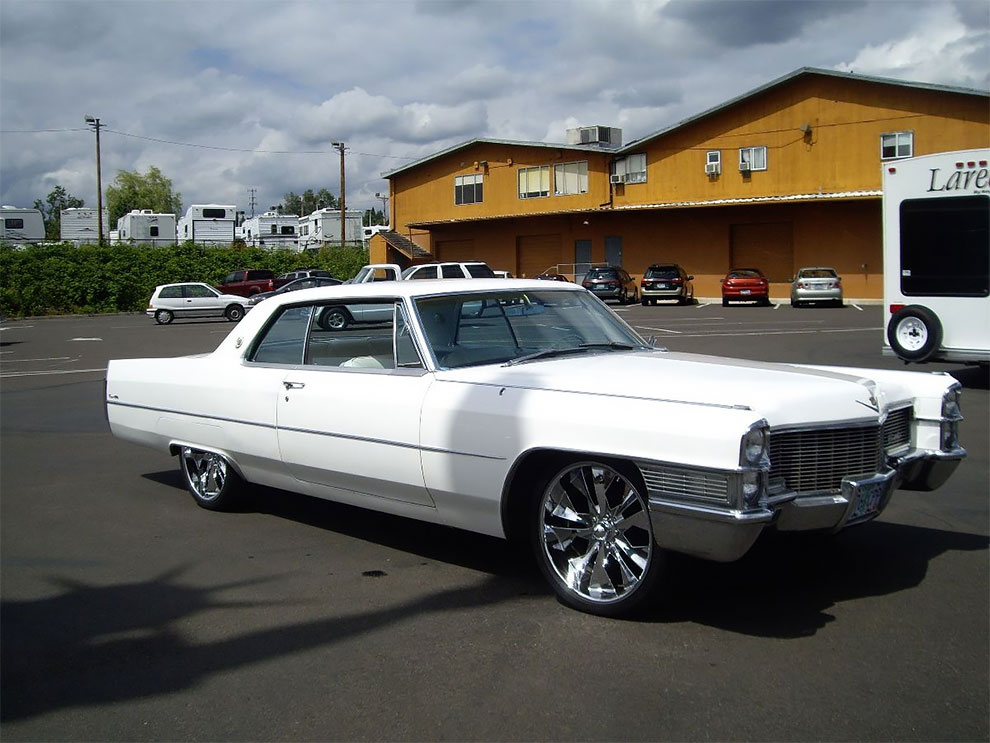 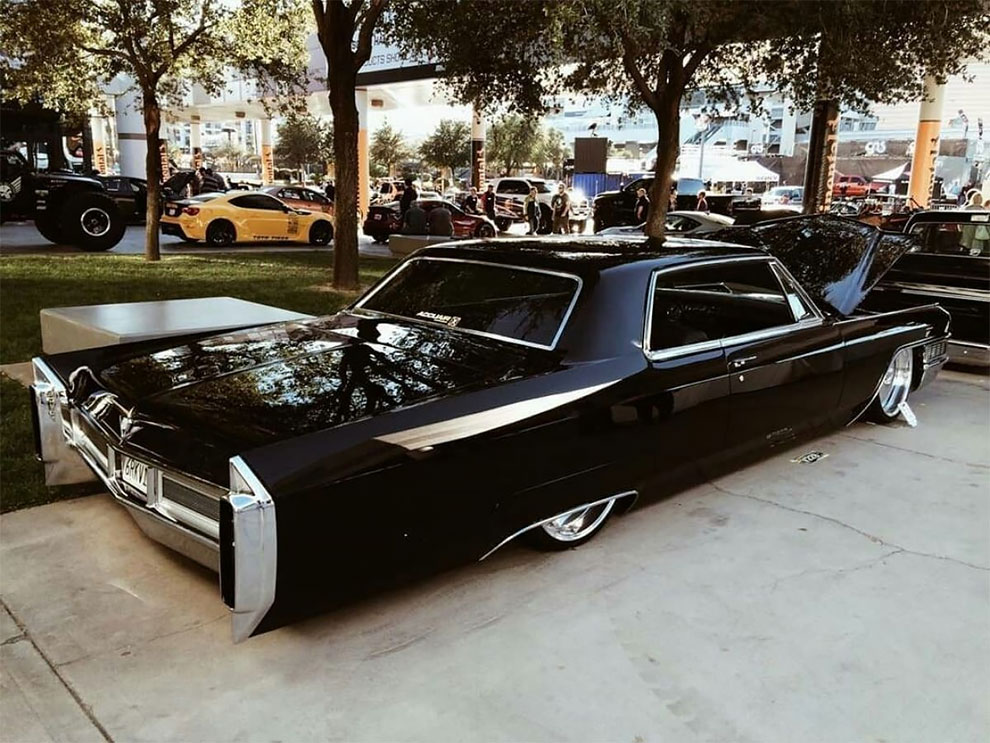 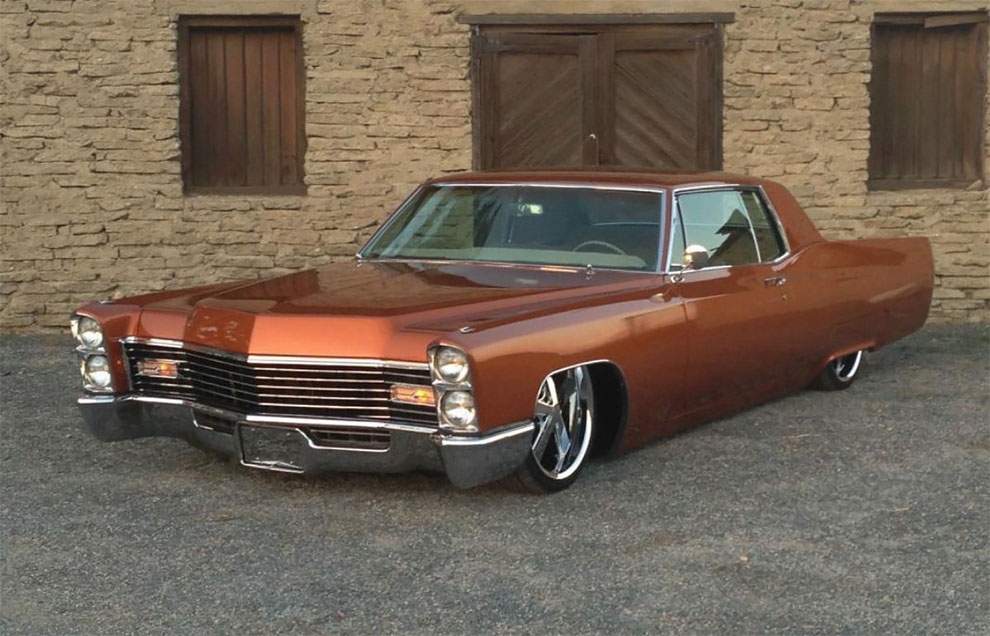 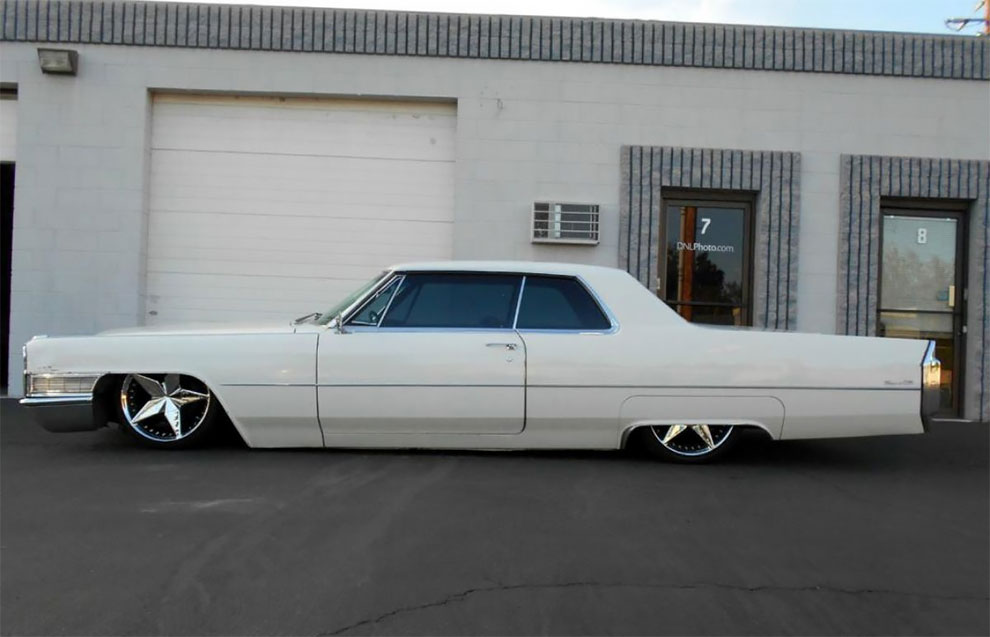 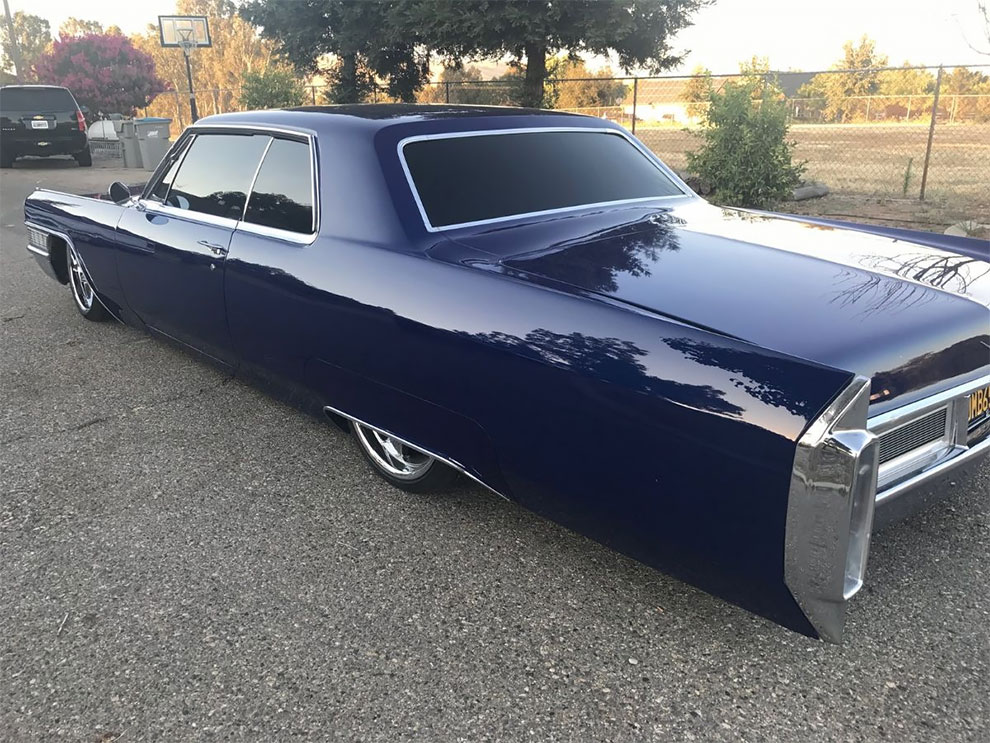 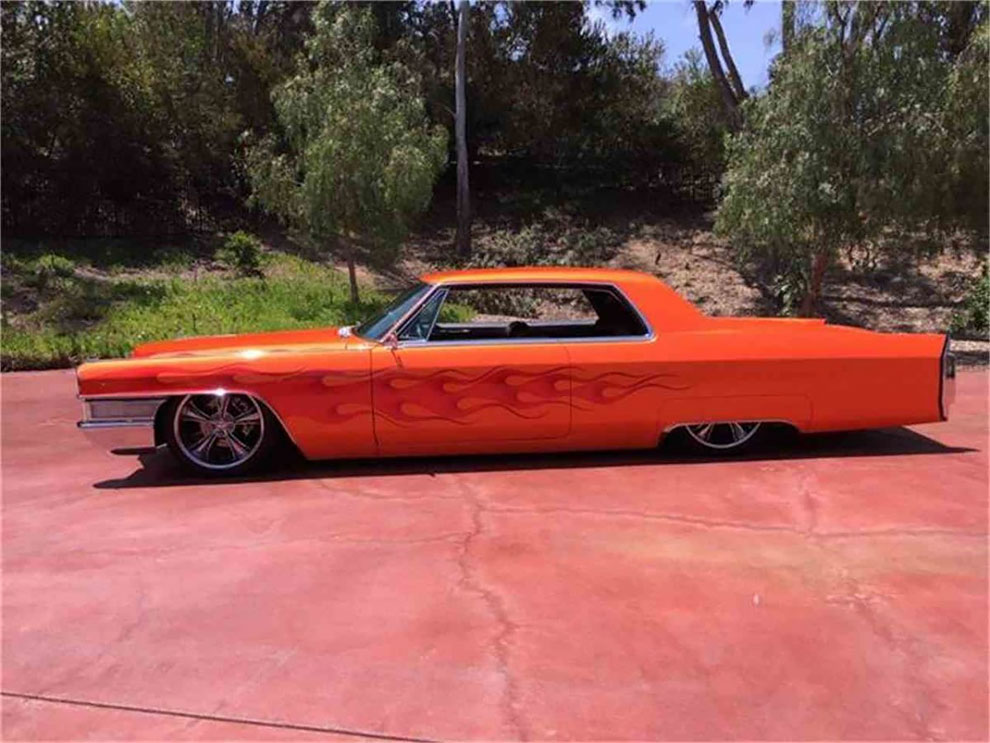 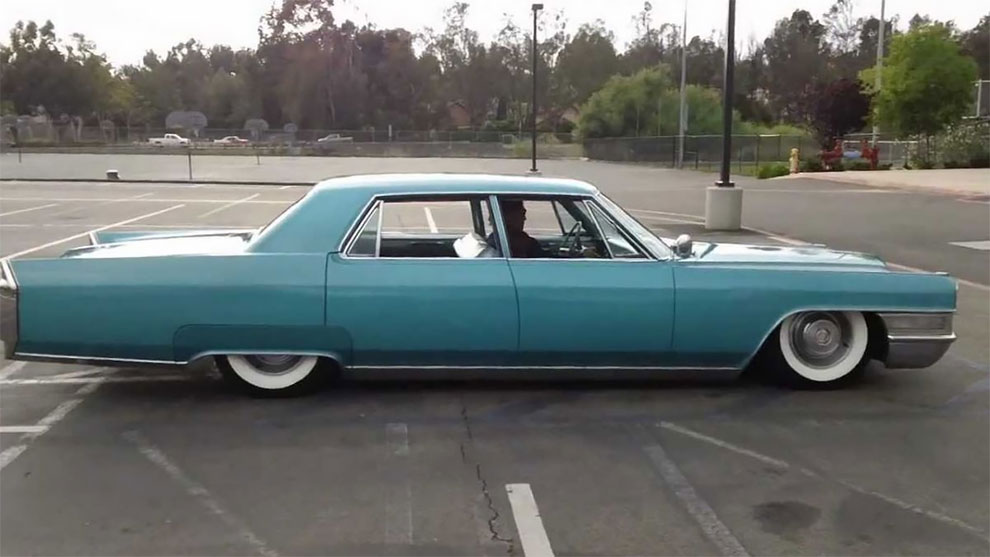 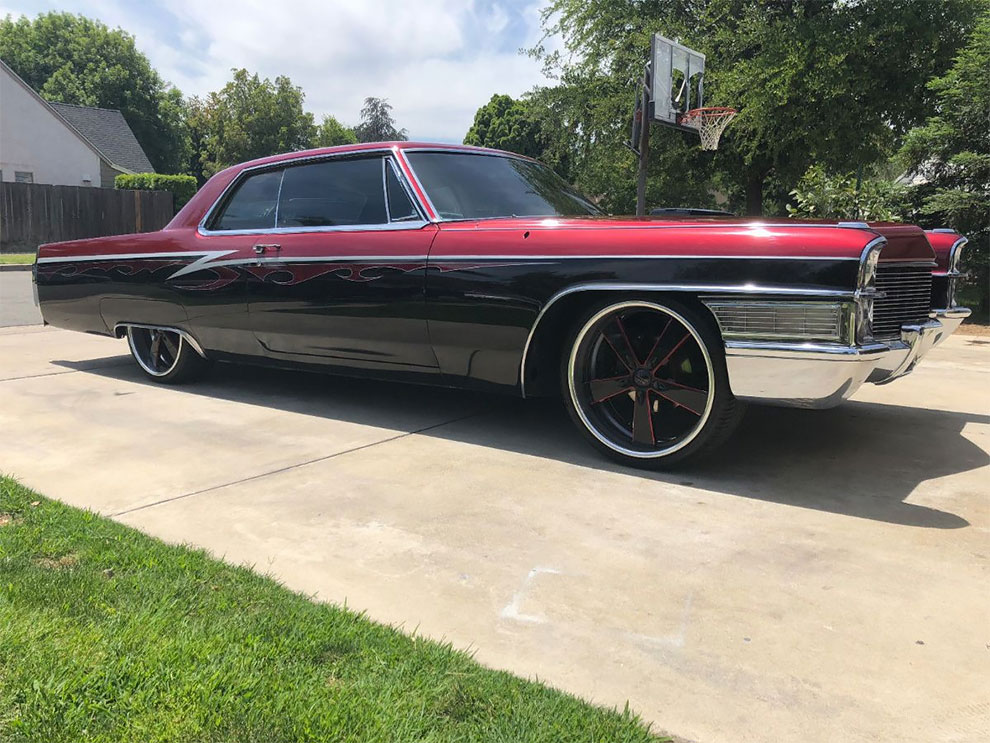 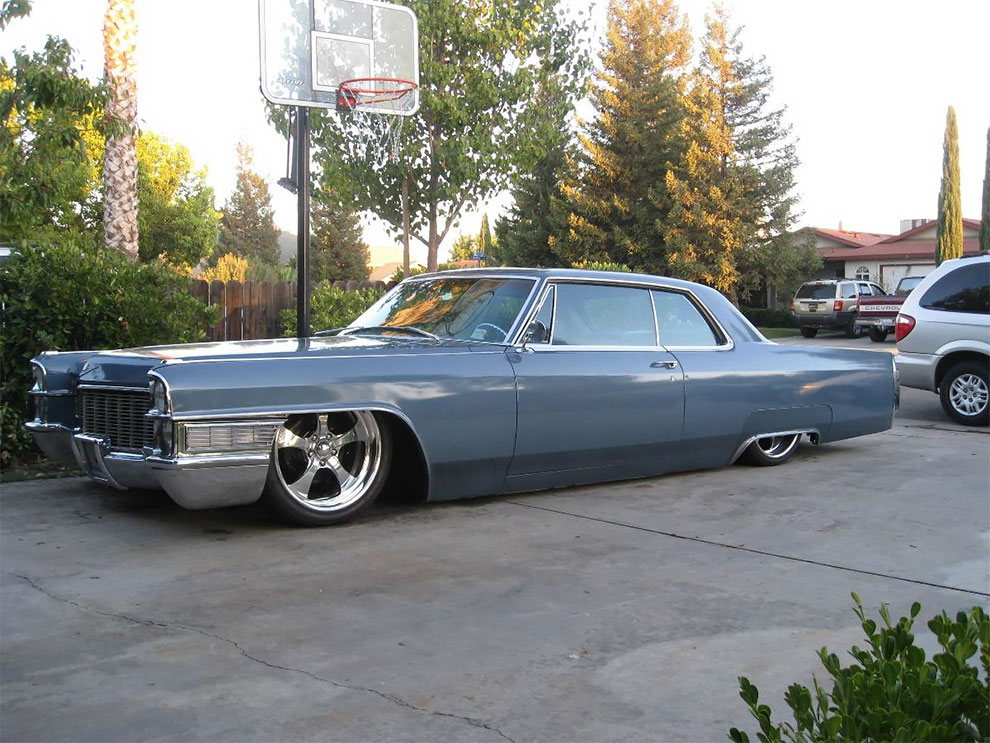 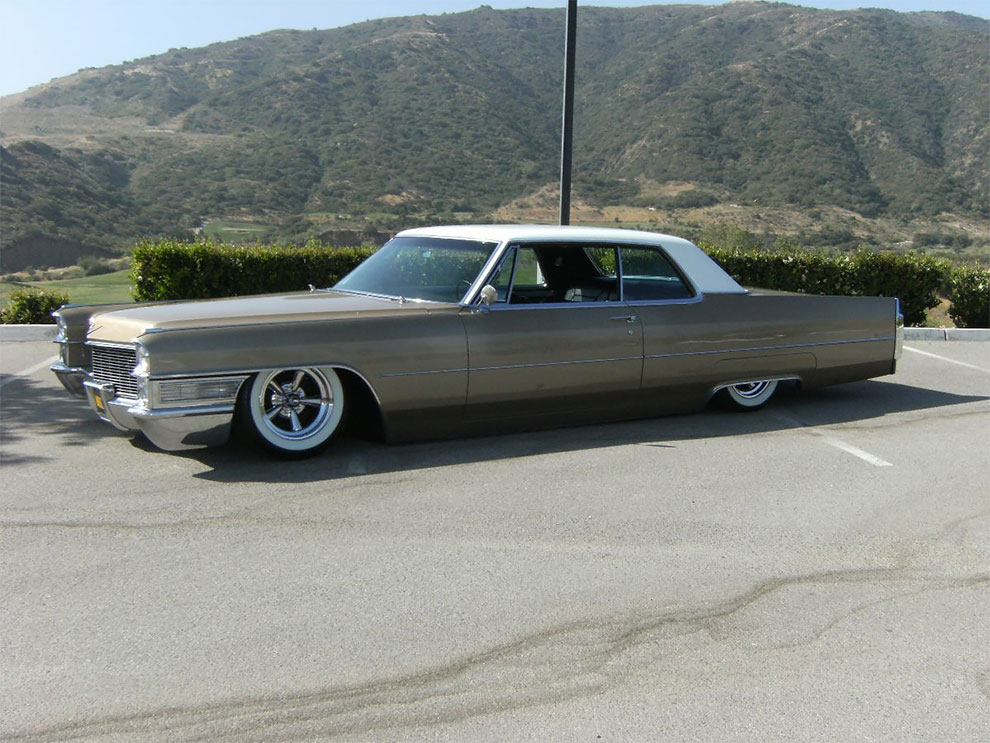 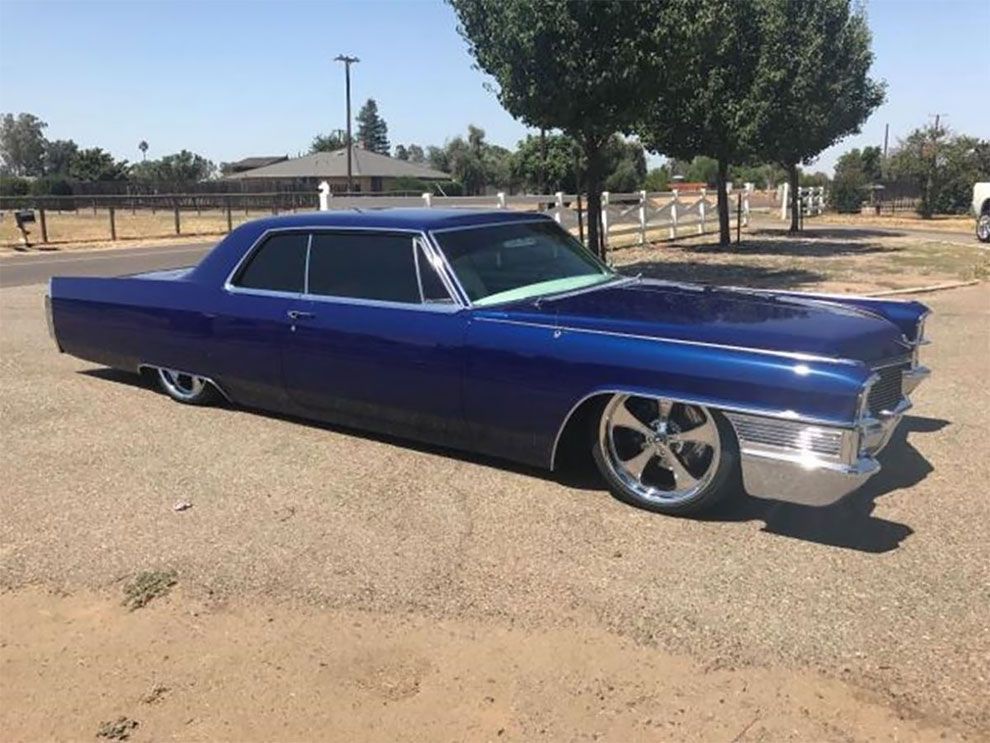 WAZUMA V8: World's Most Expensive Quad Bike Goes on Sale for $265,000
The Plague Of Overweight: Photographer Martha Holmes Documented The Struggle Of Obesity People In 1950s America
A Man Created A Bathroom Mirror That Looks Like The Future
This Instagram Account Reveals Scenes From Famous Movies With And Without Special Effects
Dayalets’ Hellish Vitamin Mascots Intended to Promote a Healthy Diet From the 1950s
"One Day with Salvador Dalí": A Surreal Photo Shoot of Salvador Dalì in His Seaside Villa, 1955
Modern Actors and Celebrities in Retro Style
With No Photoshop: These Creative Vintage Collages From An American Artist Are So Exciting
Fascinating Photos of Chicago’s Tri-Taylor Neighborhood From 1971
Rusty 1961 Mercedes-Benz 300SL Roadster Barn Find Sells For Staggering $800,000
Artist Dominic Wilcox Invents Glasses That Allow Short People To See The World From ‘Above’
Men Behaving Badly On Saucy Vintage Postcards
Homes of the Future: A Look Back at Charles Schridde’s Stunning ‘60s Ads For Motorola
Vintage Postcards Capture Shopping Malls of the U.S. in the Mid-20th Century
Concepts From Future Past: 1986 Italdesign Machimoto
John Thomson’s Remarkable Photographs of China from the 1870s
The Freaky High School Fashion Of The Hippie Era, 1969
Famous Paintings And Historical Figures Recreated Using Artificial Intelligence
The Qajar Series, Inspired by The Studio Portraiture First Introduced to Iran in The Late 19th Century
Vibrant Vintage Photos of Mexico in 1968
In 1996, Vogue Italia Featured a Photograph of Carla Bruni Taken by Javier Vallhonrat
People Of Bell Labs In The 1960s
Photographer Uses Her Dad’s Old Slides To Create A Nostalgic Photo Series
Massive Solar Electricity Plant Provides Power to California Homes
cadillac, car, coupe, DeVille, retro