The Internet’s Gone Bezerk For A Burrito Blanket! 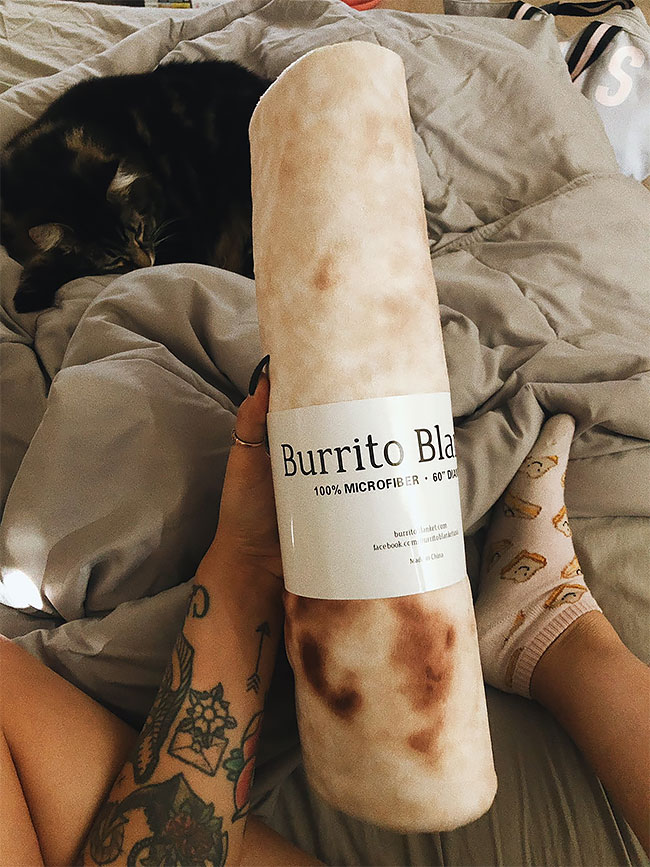 A blanket made to look like a massive tortilla has sparked an outpouring of internet joy. One social media user expressed delight after getting one in the post. 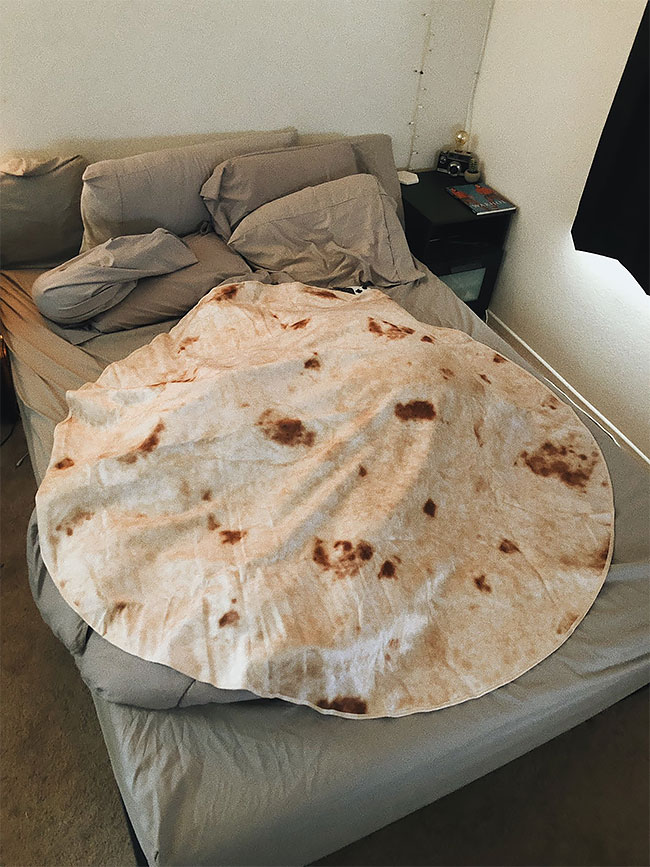 @katreenawhh on Twitter shared the images of the wrap like blanket saying: “i just got home and this was inside a package addressed for me. amazing”. 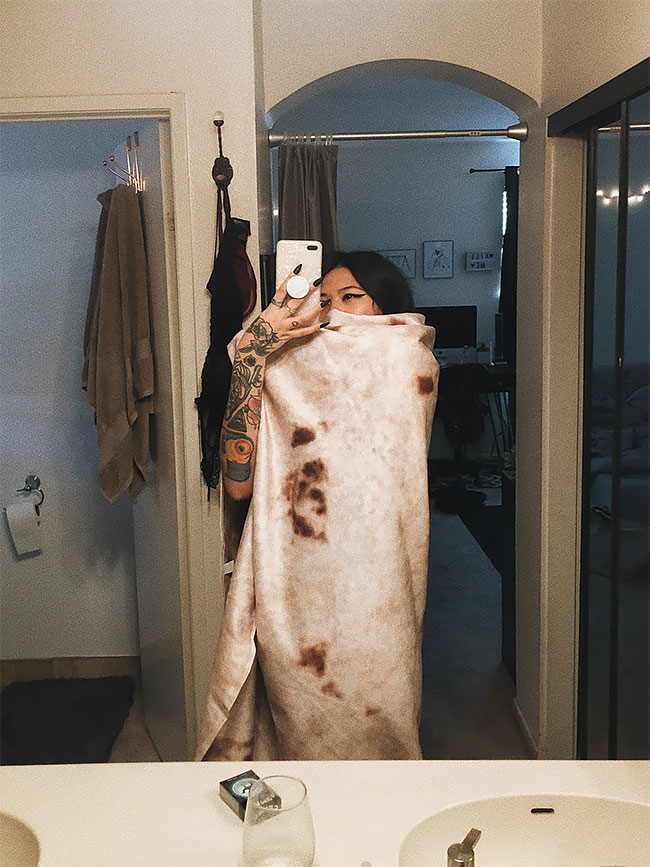 BN reports that the tweet has since been like over 100,000 times, with many looking to bag themselves a Burrito Blanket for their very own.

lmaoooo i just got home and this was inside a package addressed for me. amazing pic.twitter.com/kU4ByxAnA7

@katreenawhh’s cat made an appearance and the cuddly feline proved to be a frontrunner for the company’s marketing campaign.

This Brutal Tank Monument Located In Russian Wilderness, Reminds Abandoned Alien Spaceship
Handcrafted Floor Rugs By SurfaceWerks
These Cosmic Painted Gloves Are The Only Way To Make It Through Winter
2021 Sarcastic Monthly Calendar with Vintage Ads and Funny Captions Is Here!
What Michelle Obama’s Campaign Branding May Look Like If She Runs For President
The Star Wars First Order Stormtrooper Vehicle
Enthusiasts Are Installing Transformer Robots Made of Waste Car Components in The City of Donetsk, Ukraine
Artist Redesigned Famous Logos, Printed Them Out And Repackaged Them In A Way That Will Mess With Your Head … In A Good Way
Japanese Engineer Perfectly Re-Creates Models From The Popular '80s Sci-Fi Saga For His Son
Badass Steampunk Skull Rocker Leather Waist And Holster Bag
This Restaurant Is Designed To Look Like A Teddy Bear Factory
Google Maps Gives Bird's Eye View of Phallic Field on Prince Edward Island in Canada
Japanese Cosplayer’s ‘BoobPack’ Becomes A Viral Trend On Twitter
Artists Recreate Van Gogh’s Iconic Bedroom And Put It For Rent On Airbnb
Origami Lava Pours From The Window Of An Abandoned Building In Catalonia
This 16-Year-Old Vegan Teenager Turns His Food Into Stunning Art
Japanese Instant Noodle Warriors By Taishi Arimura
Two Artists Creates A Unique Clock Collection Made Of Old Vinyl Records
These Handmade 3D Cookie Frostings Will Blow Your Mind
These Crocheted Pasta Dishes are Simply Delightful
Creative Parents Build a Mad Max “War Rig” for Their Kids' Halloween Costumes
Giant Whale Against Ocean’s Pollution In Bruges
Guy Re-Draws The Map Of Europe By Imagining What Countries Look Like
Meet Saya: the Incredibly Realistic Computer-Generated Japanese Schoolgirl
blanket, burrito, food, humor