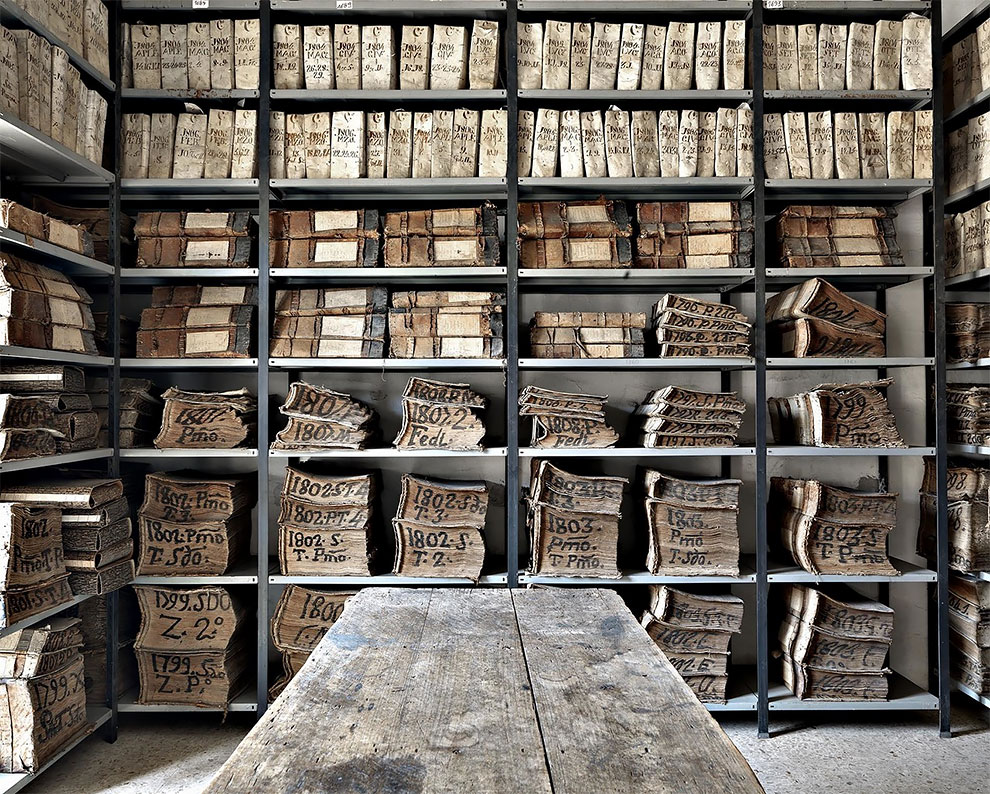 The Banco di Napoli Historical Archives can be considered the largest archival collection of bank documents in the entire world. There are documents dating back to the middle of the 1500s to the present day.

They are stored in nearly 330 rooms spread across two different buildings, Palazzo Ricca and Palazzo Cuomo, at the Banco di Napoli Foundation which is located on a famous street in the heart of Naples, via dei Tribunali. The content of these documents ranges from the economic, social and artistic history of the southern Italian peninsula to documents regarding the structure and the evolution of banking and credit institutions, as well as business contracts with other European nations. 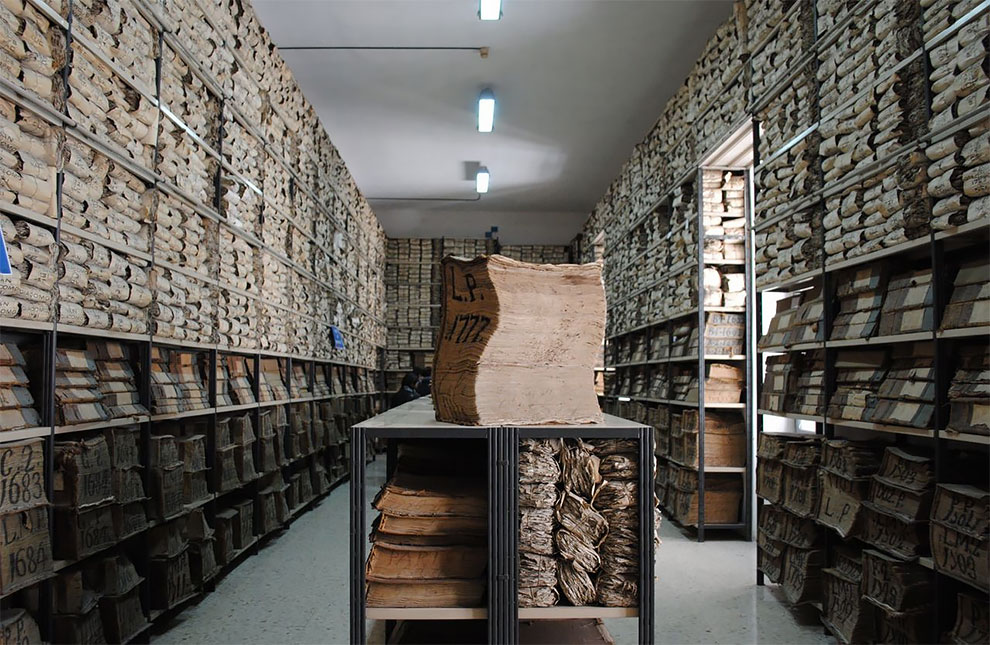 The archive of the oldest bank in Europe “Bank of Naples” born in 1539. Today it is a foundation and It owns precious documents dating back from end of 1400 and represent the first example of bank activity. 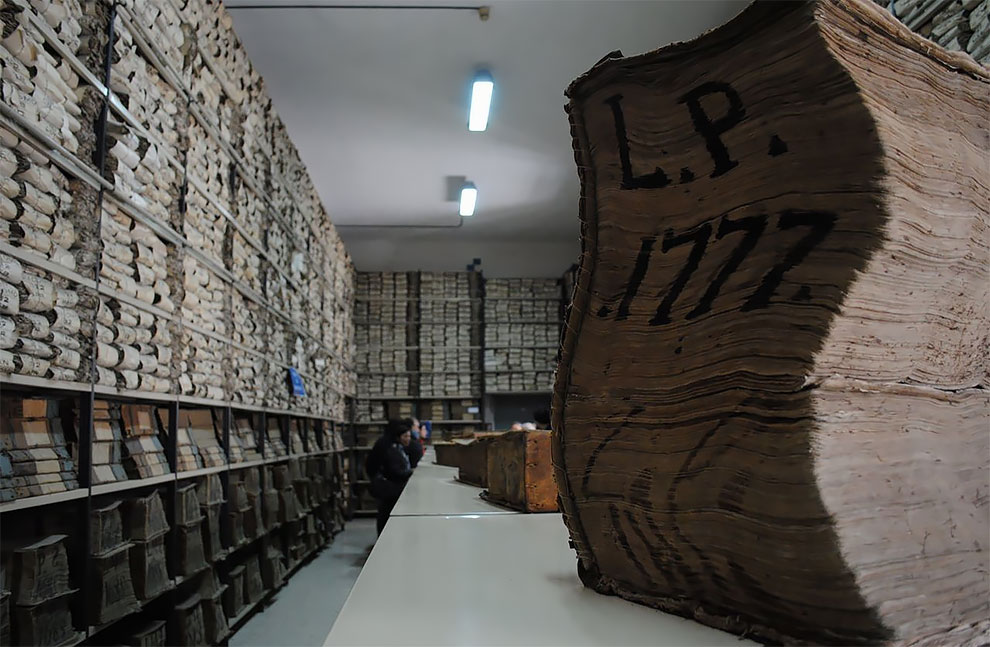 It has registration of a payment to Caravaggio, payments for the excavations of Pompeii, for the jewels of the “Treasure of San Gennaro” the city´s patron saint, which economical value has been estimated as “invaluable”, documents on liquorice export from Calabria region to Holland, Rotschild´s banker family presence in Naples, religious festivities and much more. 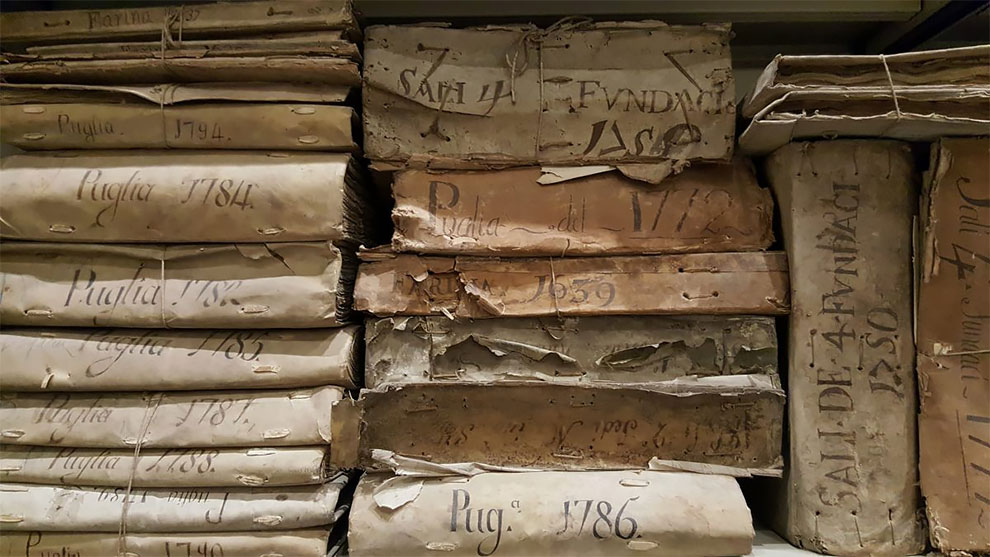 The archive has preserved the cheques called “bancali” at that time, amd several registrar books. Many scholars consult those documents for many reasons: one is that payment causalities were written with great detail, which makes them really trustable documents to make researches, study, and contributed to publications in many fields, but anyone can visit and consult documents by booking an apointment. 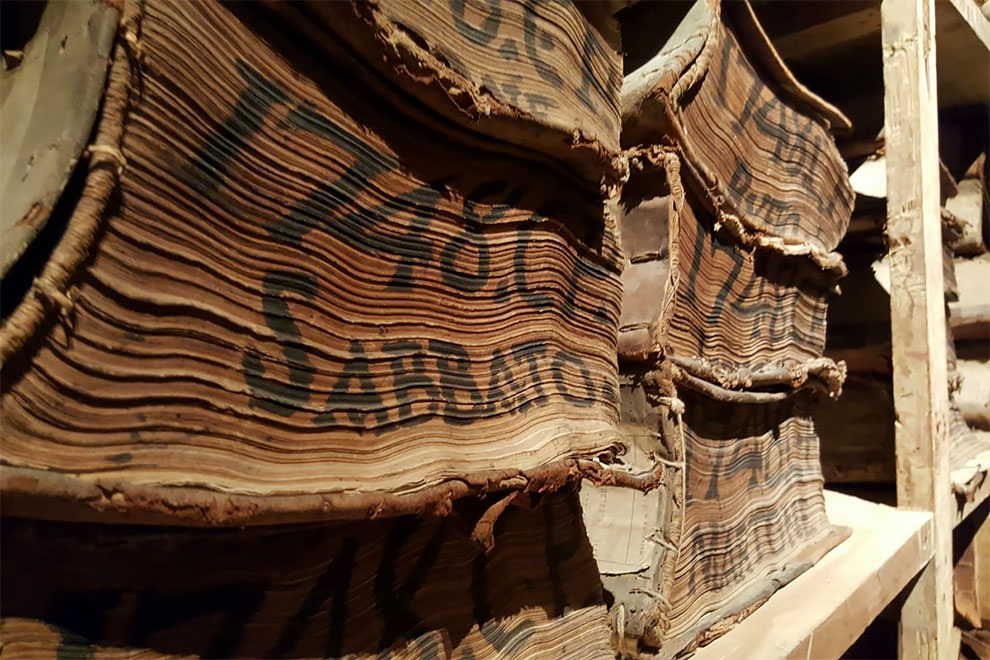 Think about any event happening in Naples, or related to, in the city itself, in Italy and even Europe which might be economically traceable from ´500 until Italy´s unification (1861) and later, you might find a precious trace here.
Many bank employes moreover, used to kill time by writing poems , rhymes or making drawings on the books´ first pages. Many of those poems can be read in the book “Piaceri di noia” (Pleasures of boredom), by neapolitan artist Giuseppe Zevola who collected them. 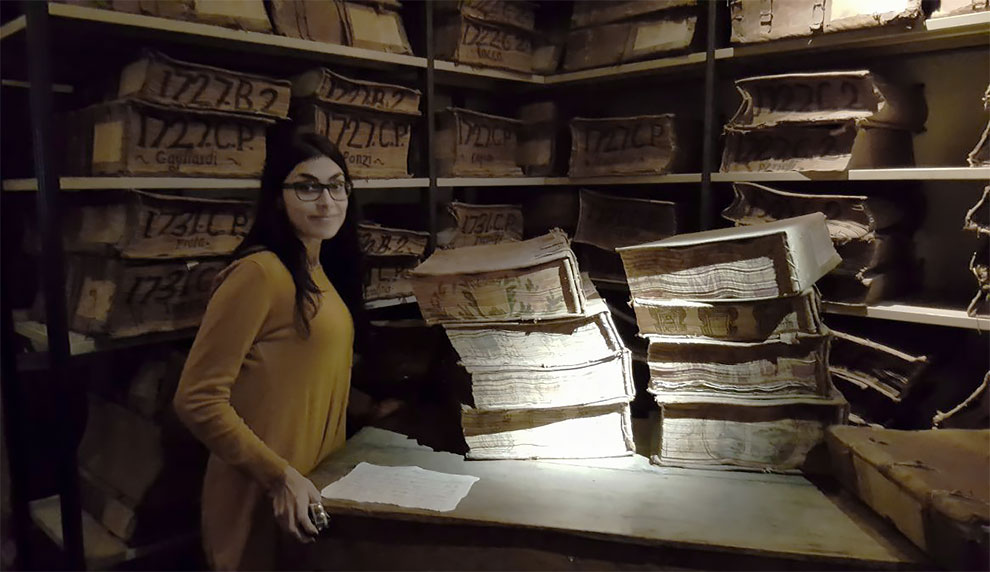 Soon a museum will open the archive to the public. with a focus on the history of the bank, economic aspects and the “stories” that have been reconstructed through the study of the payments. 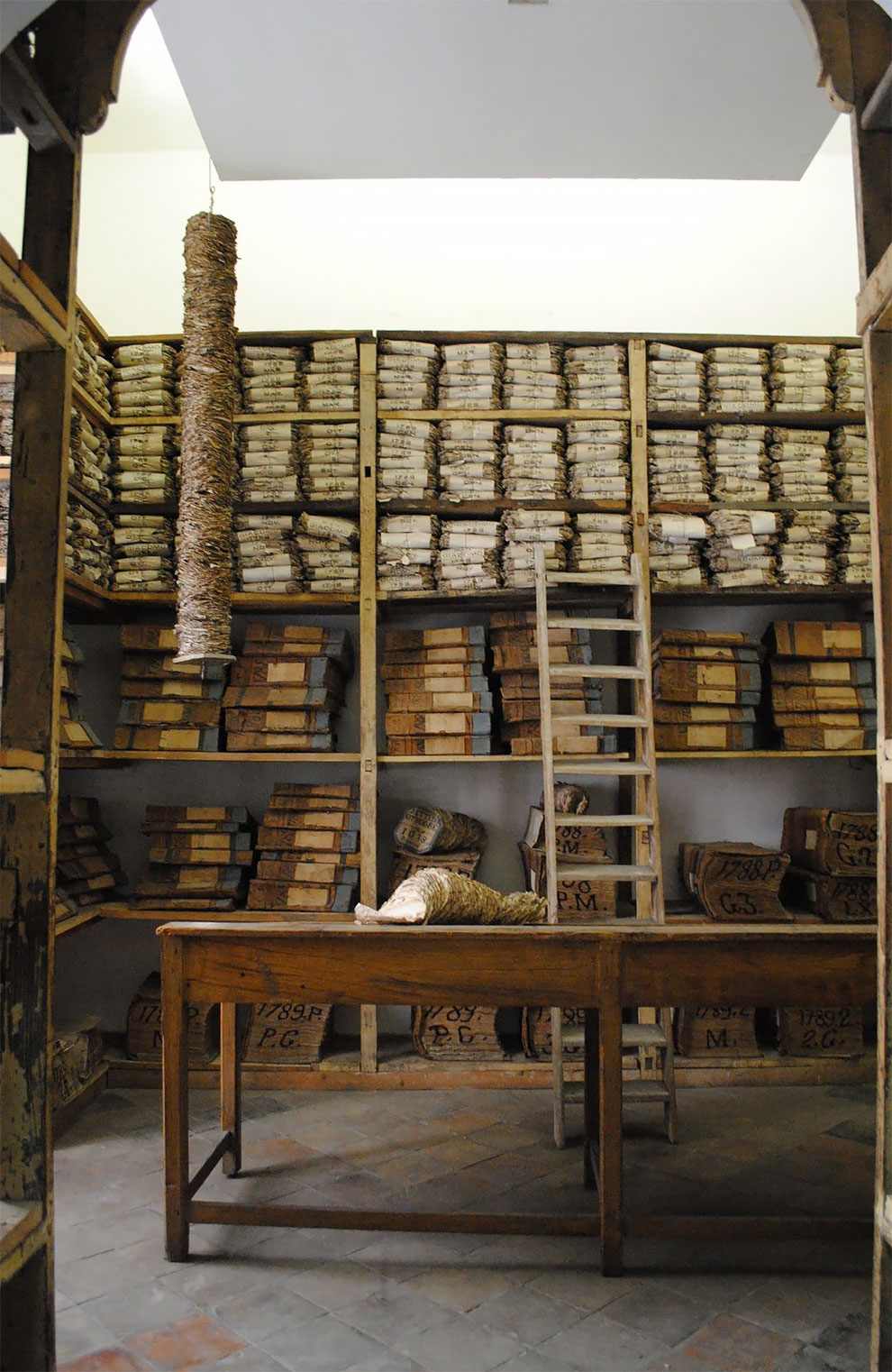 You might also be intersted in knowing more about the Bank of Naples branch in New York and Buenos Aires opened for the italian immigrants in Argentina from 1930 to 1991. 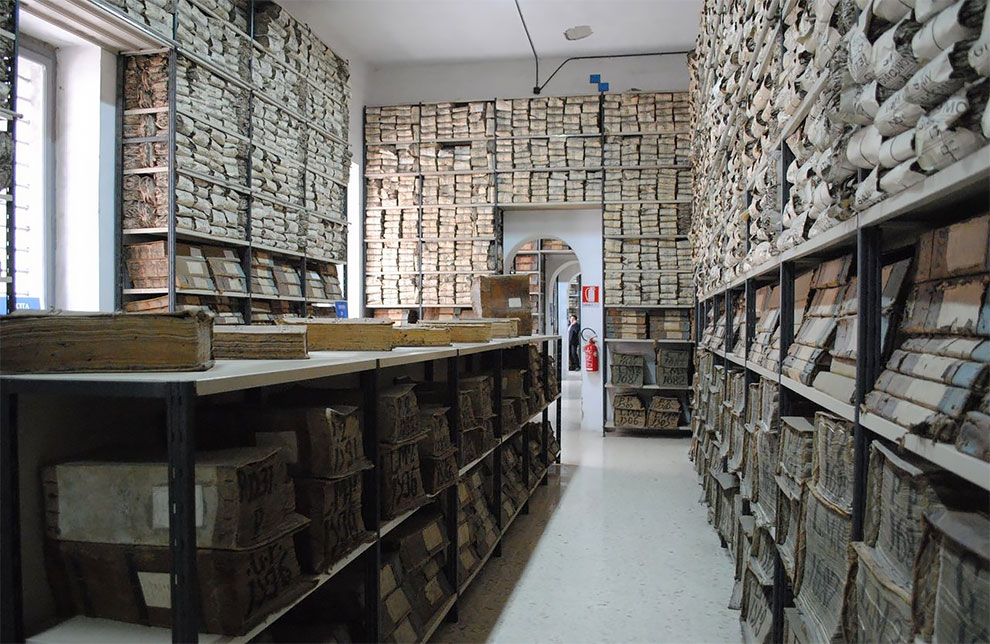 The Archivio Storico del Banco di Napoli, is located in via dei Tribunali 213 in Naples, Italy. 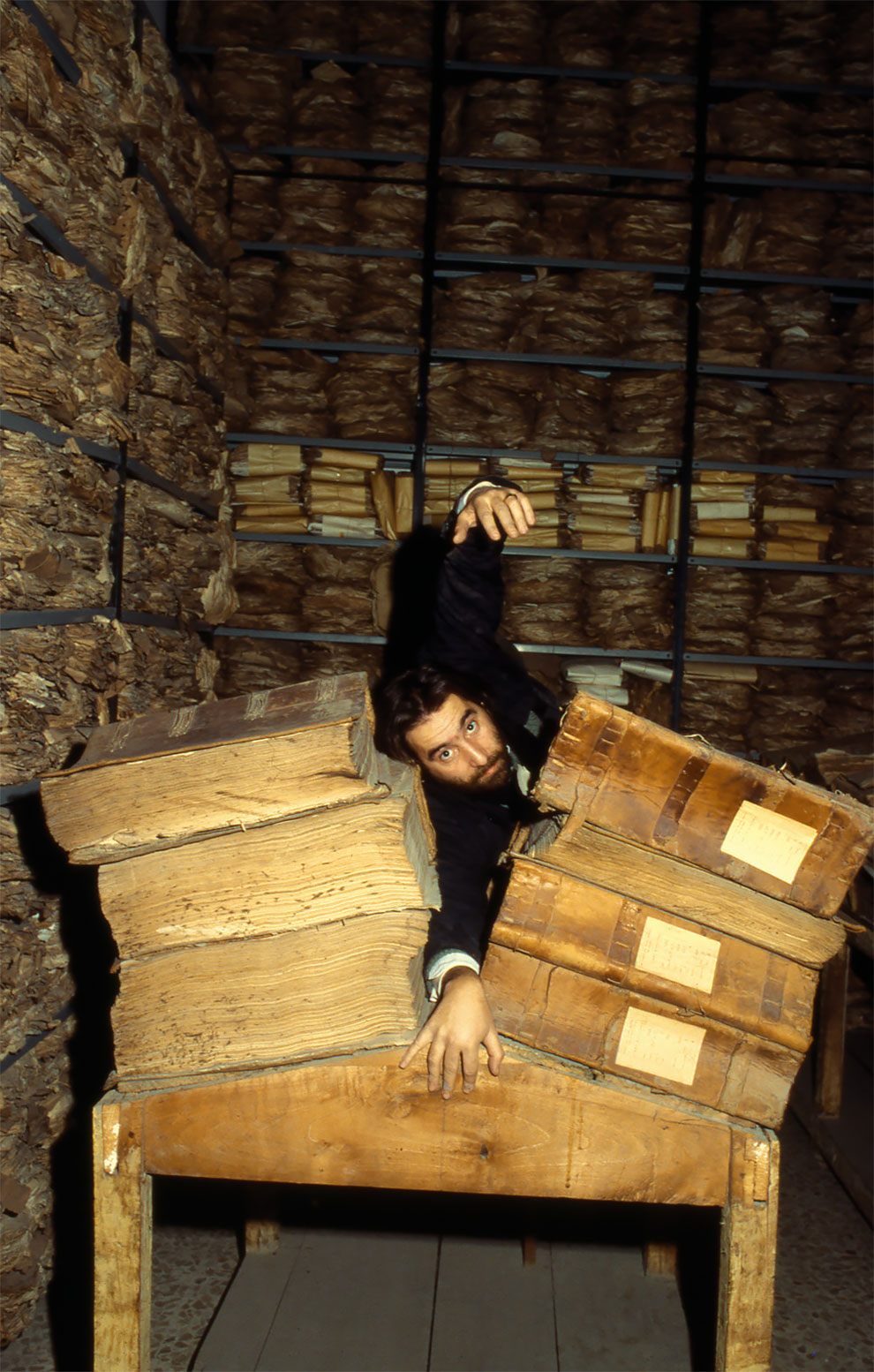 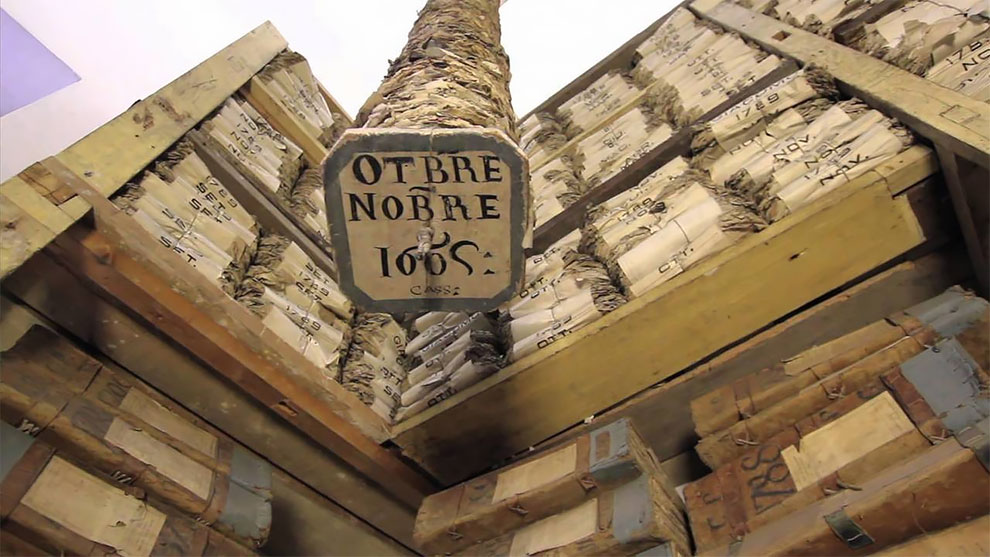 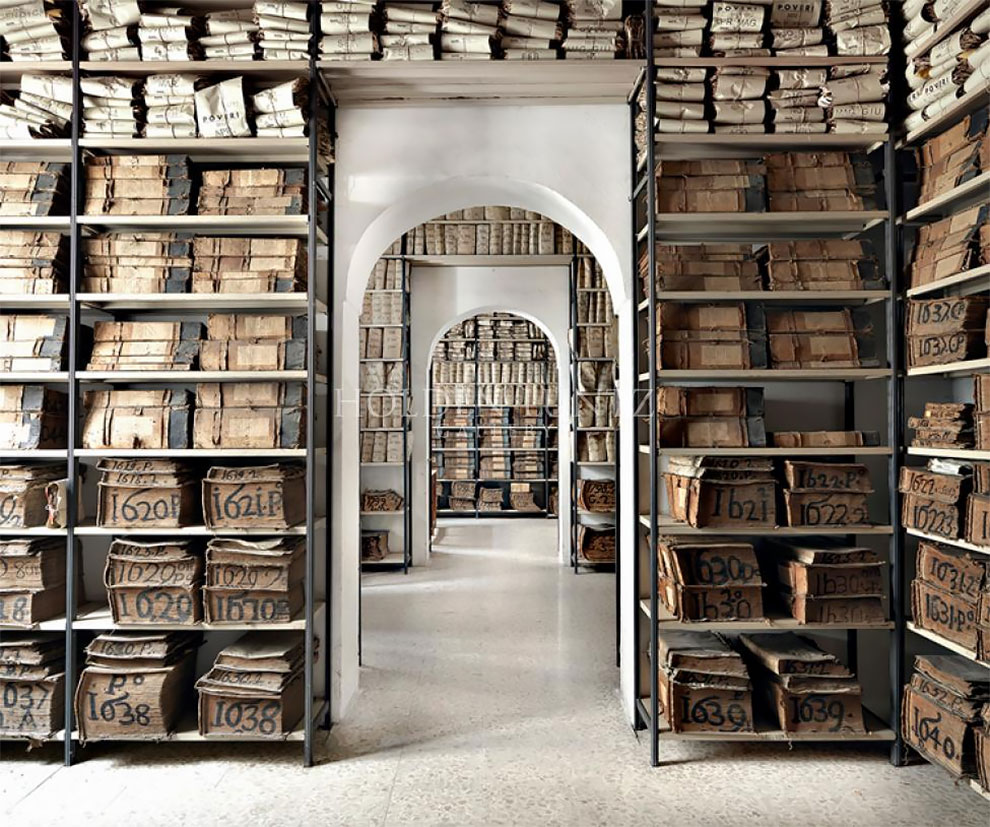 In An Old Village In Southern Bavaria, A Unique Ancient Pagan Tradition Is Still Alive
Weather Phenomenon Causes One of the Driest Deserts to Burst into a Vibrant Flowery Field
Wonderful Color Pics Document The Trailer Life Of An American Family During The 1950s
Floating Snowflake Hotel in Norway that Offers the Perfect View of the Northern Lights
Ma'nene Ritual to Honor the Spirits of their Mummified Ancestors
Face of 4000-Year-Old Dog Revealed by Forensic Reconstruction
The Tiny Island Housing London's Last 'Coronavirus-Free' Community
An Instagram Account Dedicated To Learning Basic French Through Beautiful Typography
Fascinating Photos Of A Frozen Niagara Falls Taken This Year
A Real-Life Yellow Submarine for Rent
This Couple Converts The Real Cold War Nuclear Missile Base Into The Luxury Airbnb
Arctic Expedition Discover Mysterious Hole Cut Into The Ice
Photographer Combines Movie Scenes With The Actual Places In A Single Frame
You Can Sleep Behind A Wall Of Books In This Hostel In Tokyo
The Solo Honeymoon: Woman’s Sad Photos After Husband Denied Visa
This 25-Year-Old Puddle Has Its Own Instagram Account
Real Ice Carousel Made On A Frozen Lake Using A Chainsaw In Finland
A Daredevil Aerial Walkway Over A Tea Park In China
You Can Stay At This Converted Oil Rig In Malaysia And Go Diving
Real Fire Truck Converted In Authentic And Cozy Log Cabin
Edible Insects in Thailand
Glamorous Vintage Camper Is Your Midcentury Dream Home On Wheels
Fountains Of Saint Petersburg The Way They Look Now
The Past in Focus: 200 Fascinating Vintage Travel Photographs Are Being Restored
archives, bank, history, italia, napoli