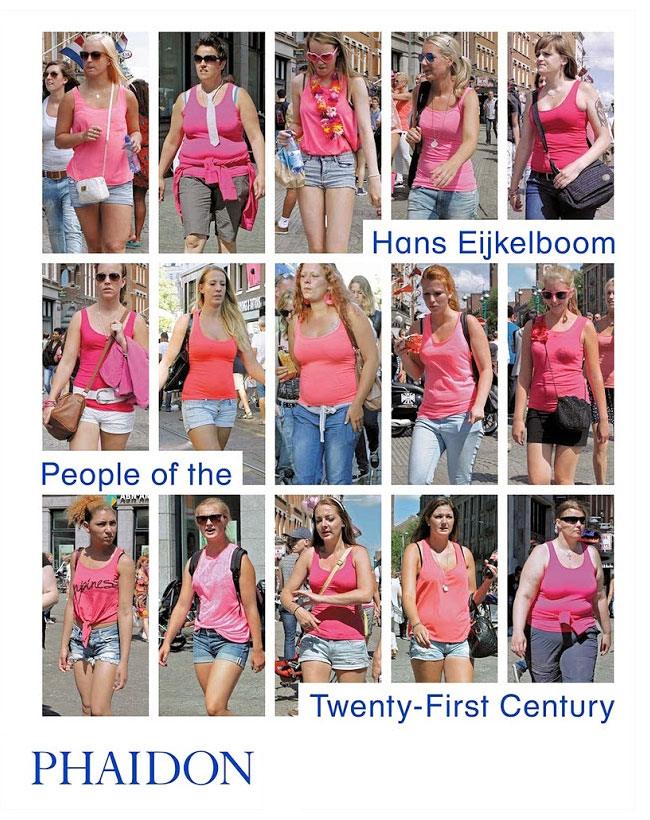 “For close to a quarter century now, Hans Eijkelboom has been taking to the shopping streets of countless cities around the world (Amsterdam, New York, Paris, Shanghai—and now also Athens and Kassel) to photographically record the dizzying sartorial diversity that is such a defining hallmark of global capitalism—a plethora of visual (“surface”) difference that, when viewed from the perspective of an artist interested in discerning patterns, i.e., repetition, inevitably results in a document of arresting sameness. 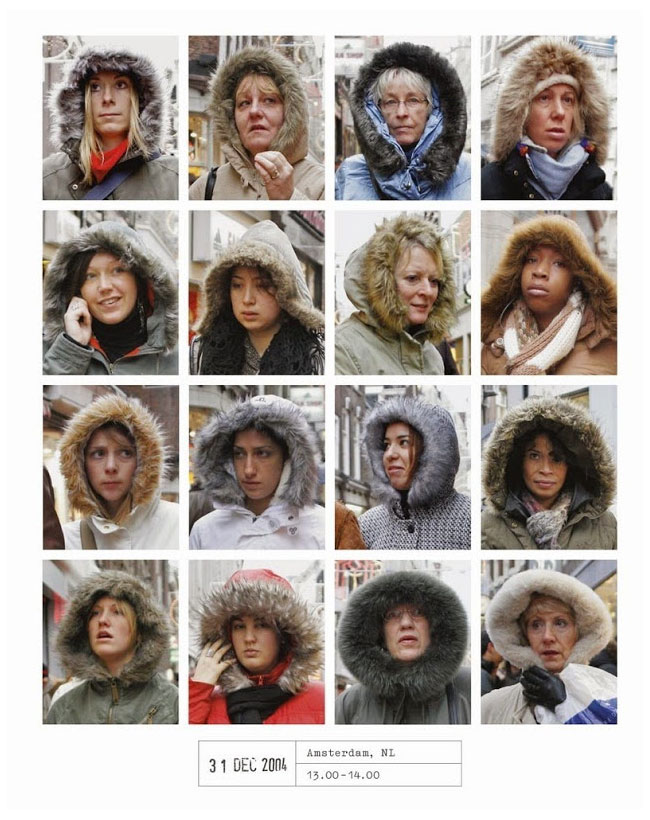 A number of Eijkelboom’s mid-1970s photo projects, such as the aptly titled Identiteiten (Identities, 1973), presaged two defining features of the street photography that he is best known for, and which has preoccupied him since the early 1990s—his programmatic predilection for working in series on the one hand (a matter of form), and an almost exclusive focus on dress code on the other hand (a matter of content). 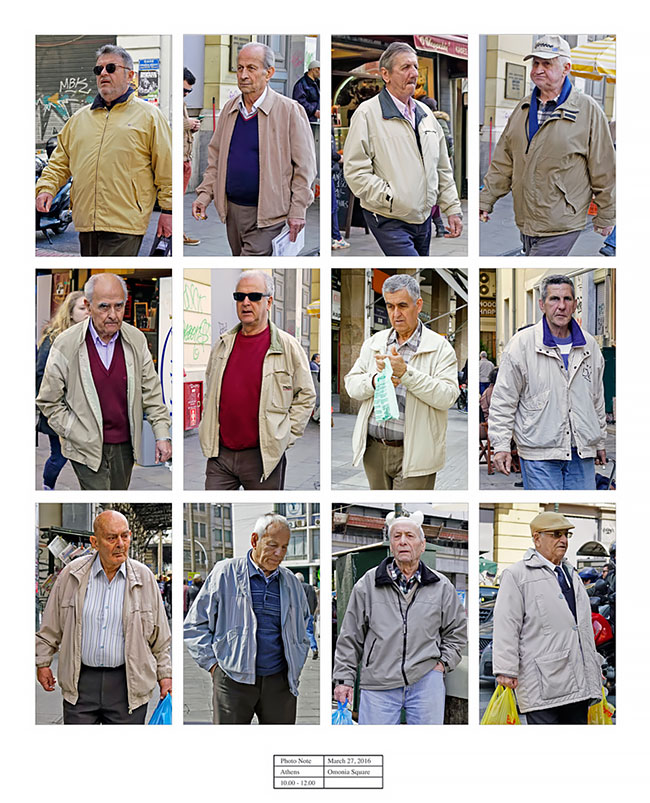 Eijkelboom, born in Arnhem in 1949, is a member of a generation of Dutch artists who played a key role in the establishment of conceptual photography in Continental Europe. His initial forays into photography had a strong performative bent, and almost exclusively involved one type of autoportraiture or other—“the presentation of self in everyday life,” in Erving Goffman’s felicitous phrase. 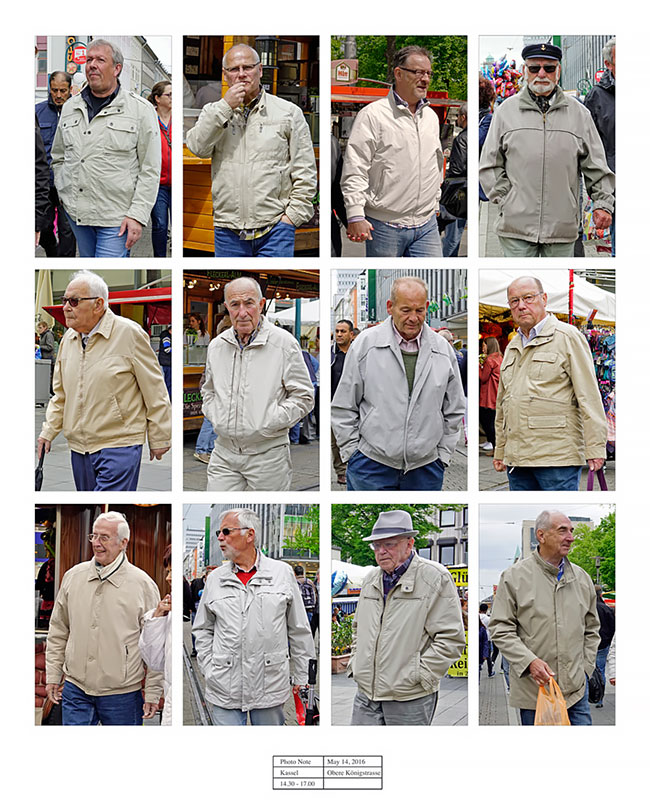 These works were clearly informed by the efflorescence of 1970s Dutch performance art, all the while keying into the emerging discourse of post-1960s identity politics—the photo triptych De Drie Communisten (The Three Communists, 1976) presenting the artist dressed up as a Marxist, Leninist, and Maoist respectively, speaks volumes in this regard—though infused with a deadpan sense of humor all too often lacking in subsequent identity-based art practices. (Comedy, in his ongoing encyclopedic project, is a function of the illusion that dress cannot ever guarantee true distinction.) 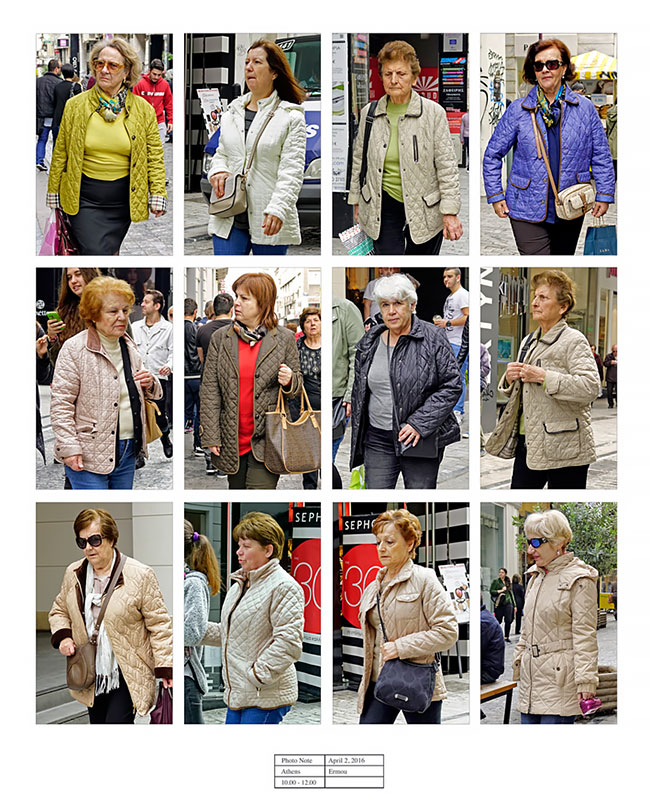 Although there is an element of distancing in Eijkelboom’s work that may lend his project an anthropologizing, exoticizing slant (echoes of Desmond Morris’s 1969 The Human Zoo here), his is a deeply humanist practice at heart, and it is no coincidence that his work has often been compared to that of the great chronicler of twentieth-century humanity, August Sander—his work was recently surveyed, fittingly, at the August Sander Archiv in Cologne. 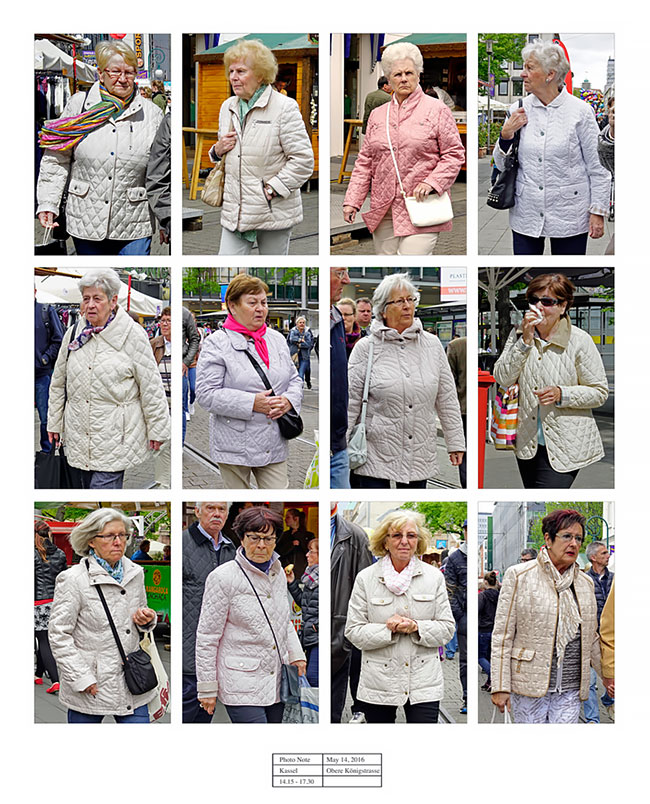 It is tempting to characterize Eijkelboom’s subjects quite simply as “people of the twenty-first century” in turn, though presented in cool-headed, gridded sequences reminiscent of the work of Bernd and Hilla Becher and other pioneers of conceptual photography: a subject-object balancing act.” — Dieter Roelstraete. 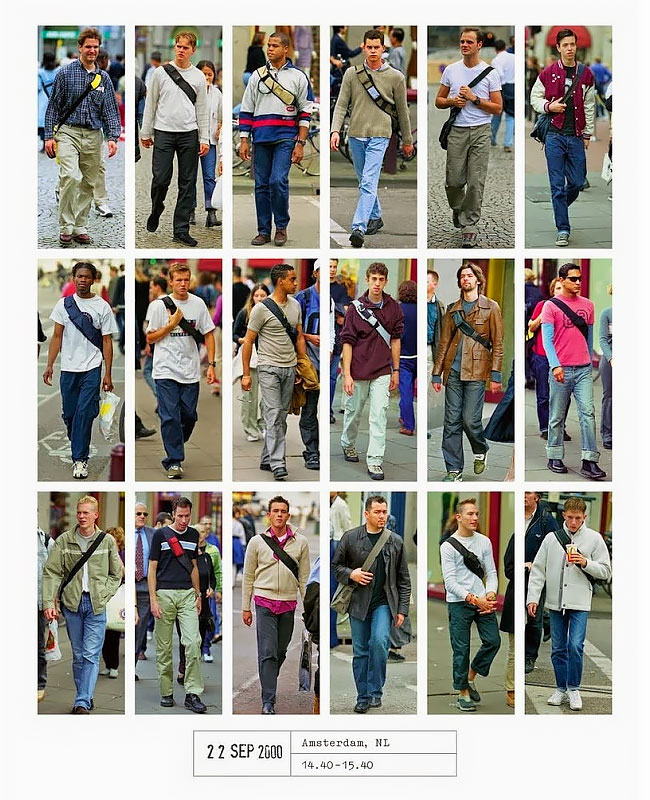 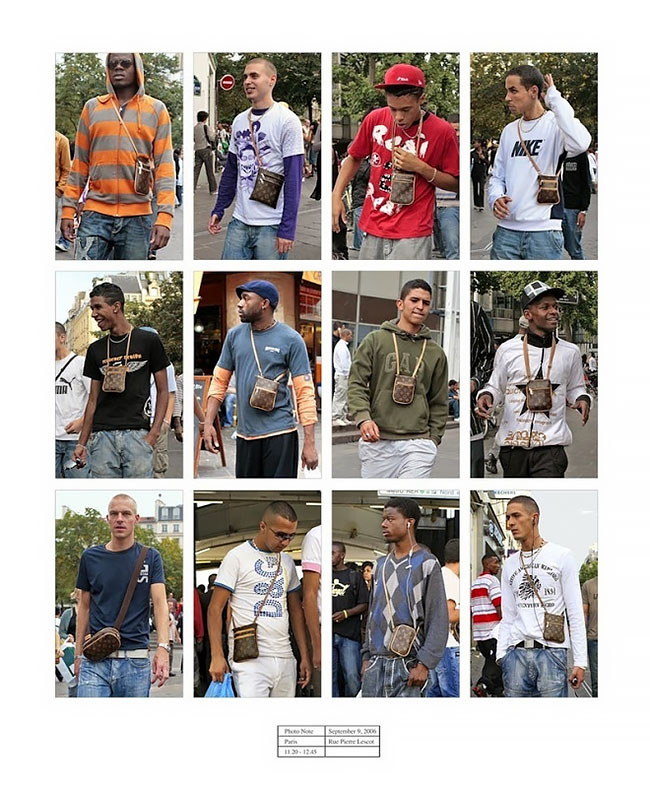 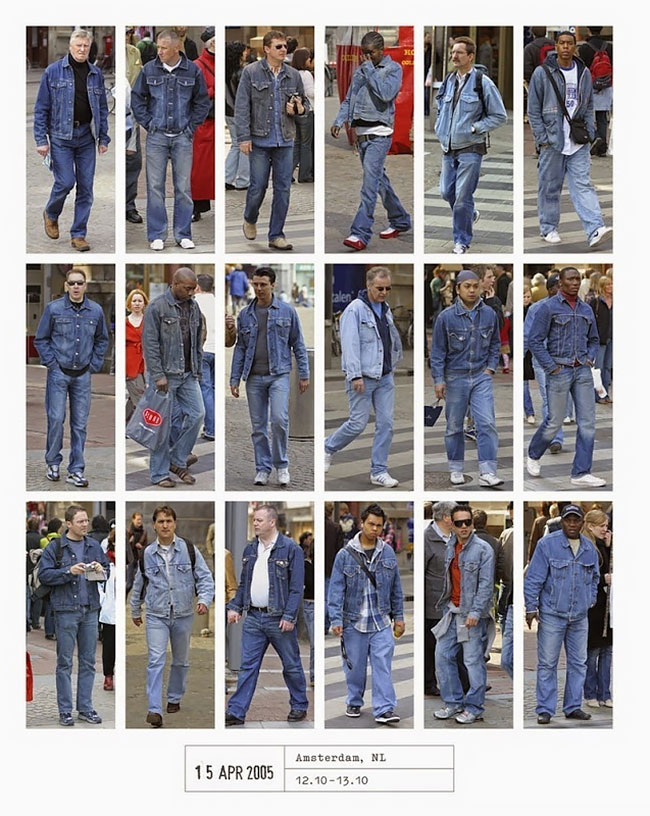 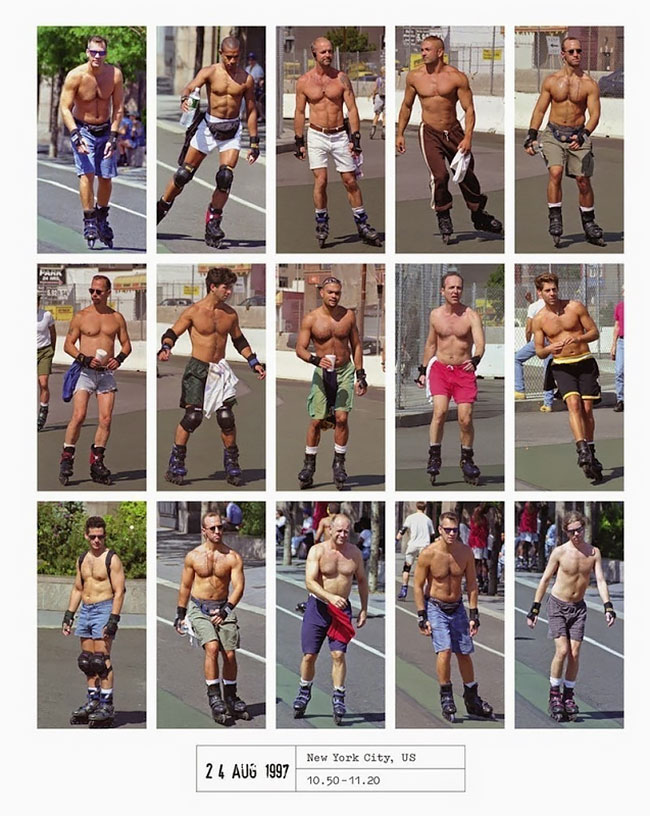 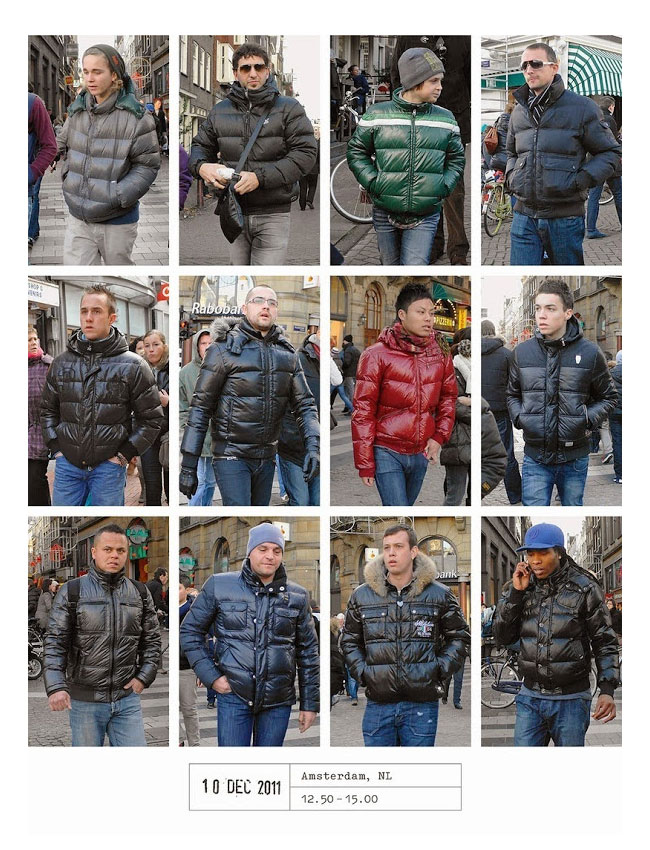 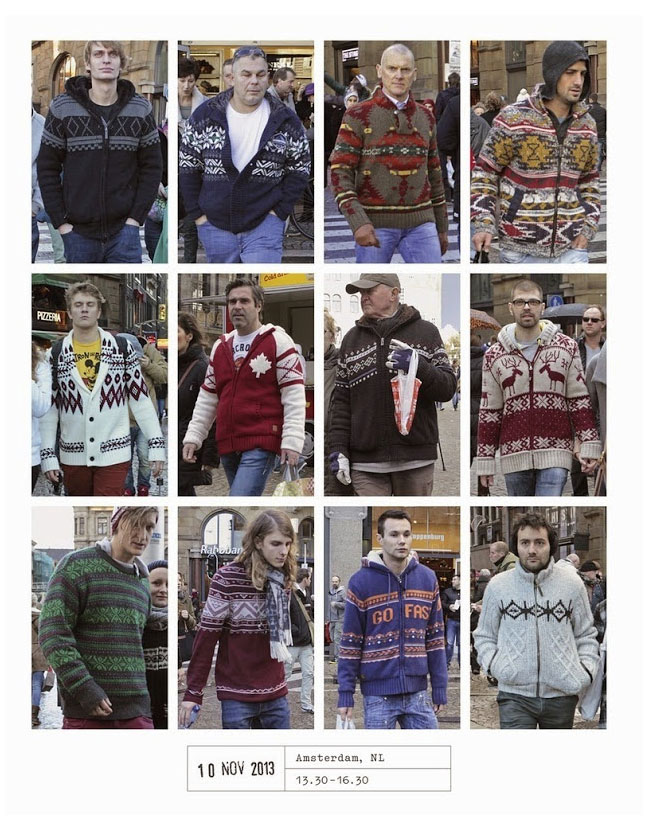 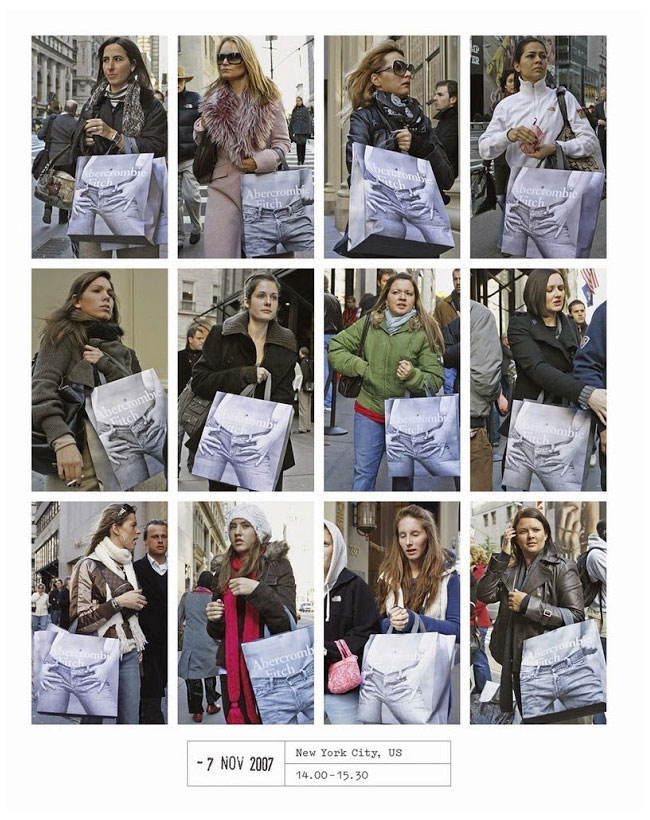 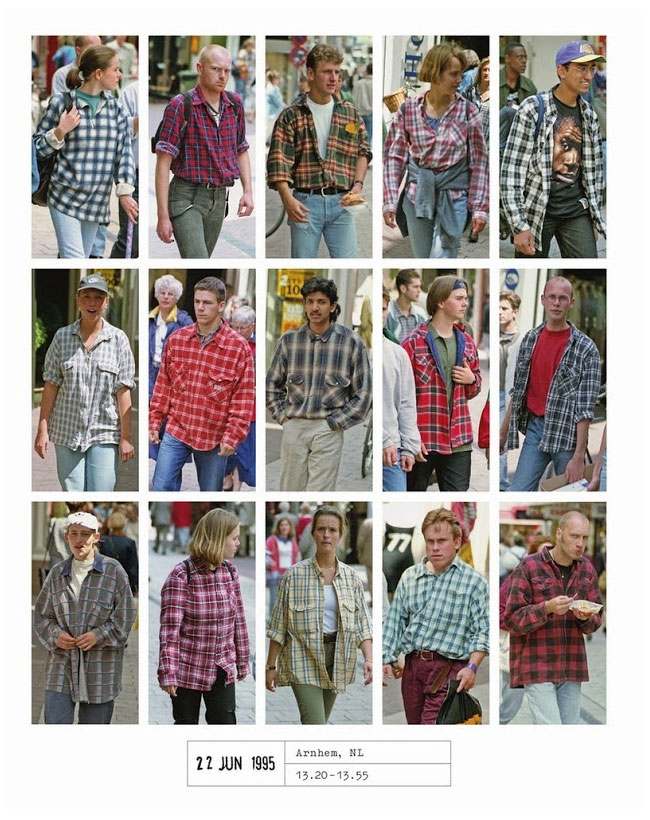 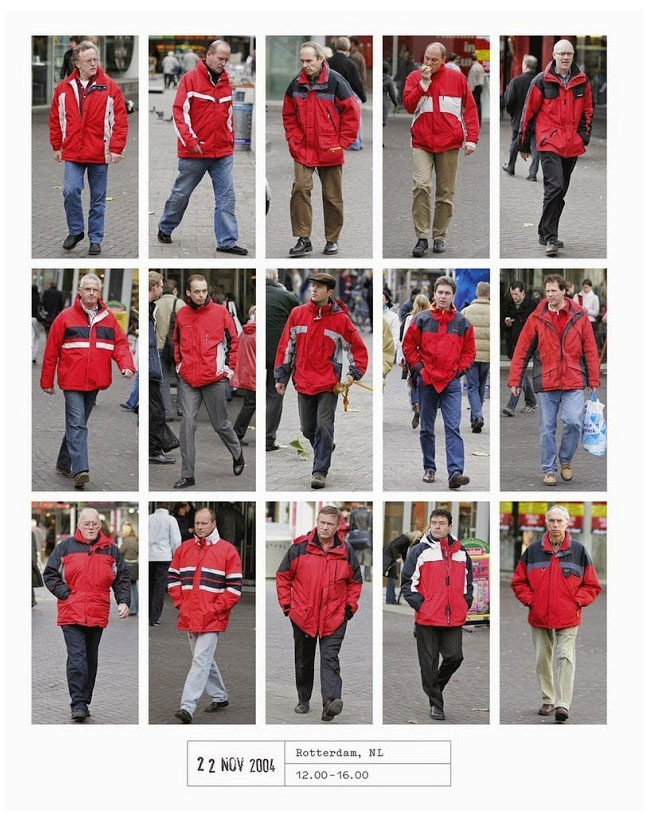 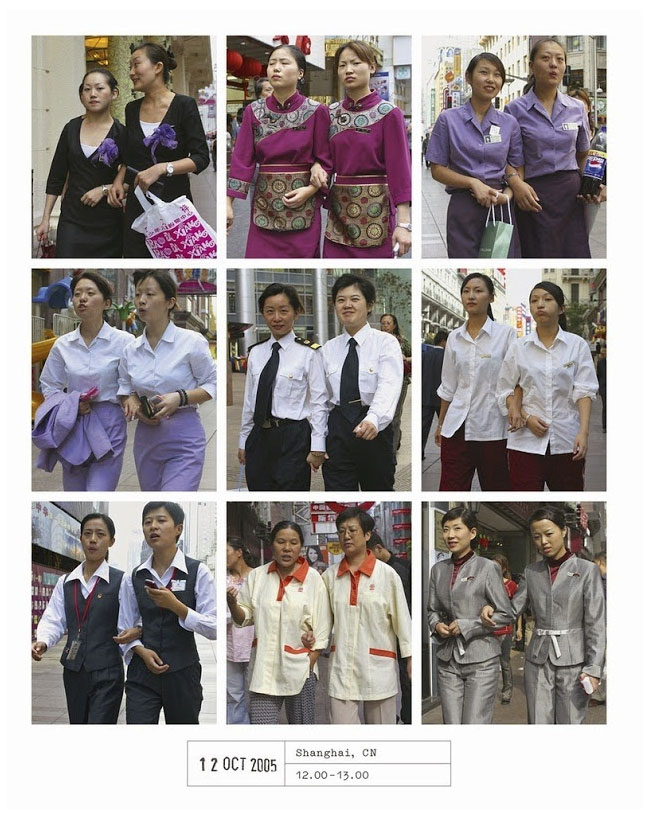 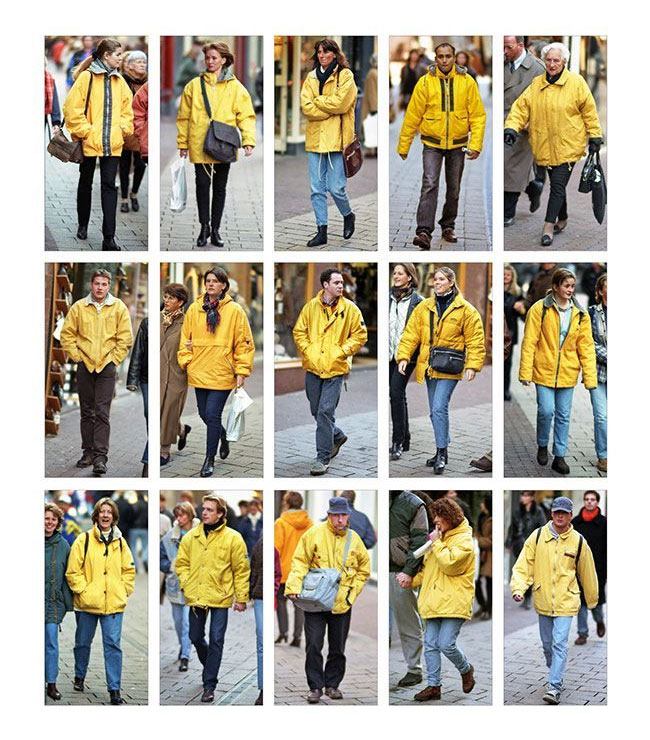 Beautiful Black And White Photos Of Kim Basinger In 1977
Majestic Natural Landscape Photography By Alexandros Malapetsas
Stunning Street Photos Capture Simple Joys Of Life In New York Right After WWII
Vintage Photos Capture People Wearing Masks During the Great Smog in the 1950s
Beluga Whales Blowing Bubbles in Japan
Two Girls Revisit Famous Film Locations
Haunting Photos Of Moscow’s Young Ravers And Their Lives After Dark
Thank You, Photoshop... Russian Wedding Photos Are Bizarre
September 17: This Day in Photos from the Past
Dreamy Photographs Of Young Women Taken By David Hamilton From The 1970s
Alone Together: Photographer Portrays Ordinary People In Their Homes In A Downbeat And Ultra-Stylised Manner
"Soul-Stealing" Photos Visualize the Dependence We Have to Our Phones
Cool Photos of Teenage Girls in the 1970s
The Discreet Charm
Beautiful Works Of Creative Photographer Hannes Kutzler
A Horror–mad Seven-Year-Old Girl Has Ditched Disney Princesses to Recreate Scenes from Gory Films Such as The Exorcist and Chucky
Rainy Saint Petersburg In Photographic Artworks By Eduard Gordeev
Cute Little Girl Models Paper Versions Of Famous Fashion Design Dresses
Spectacular Winning Photos Of The 2019 British Ecological Society Photography Competition
Photographer Captures the Nothern Beauty of Norilsk City
Spectacular Winning Photos of The 2022 Underwater Photographer of the Year
Gotham 7.5K: A Rare High Altitude Night Flight Above NYC
This Photographer Uses Drones To Capture Mountain Halos, And The Result Is Out Of This World
My 365-Day Project Lets Me Explore Photographic Opportunities
fashion, people, trends