Small Wonders in the Water 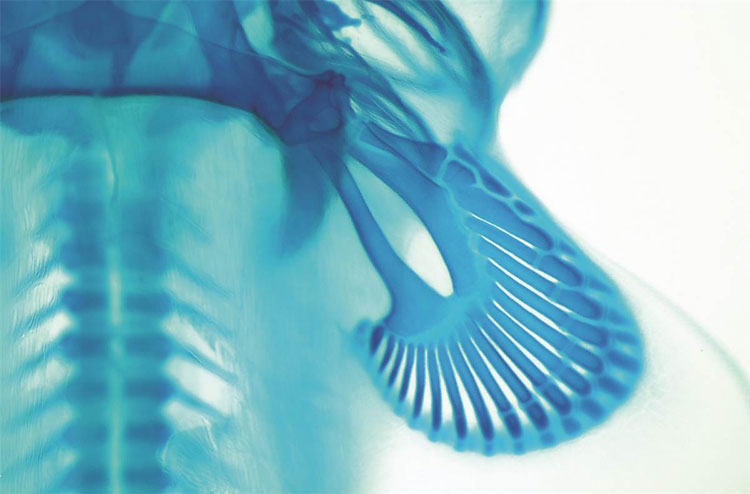 The Nikon Small World Photomicrography Competition puts a spotlight on the world’s best pictures of small wonders in fields ranging from biology to materials science. To whet your appetite for the next crop of winners, Nikon has put together a summertime selection of eight photomicrographs of aquatic subjects. 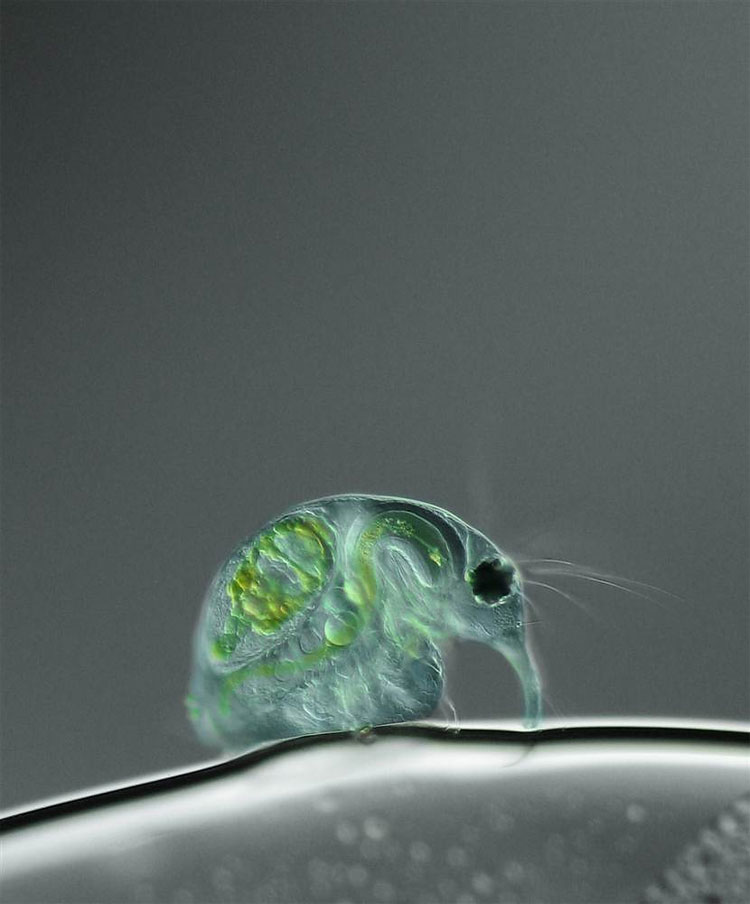 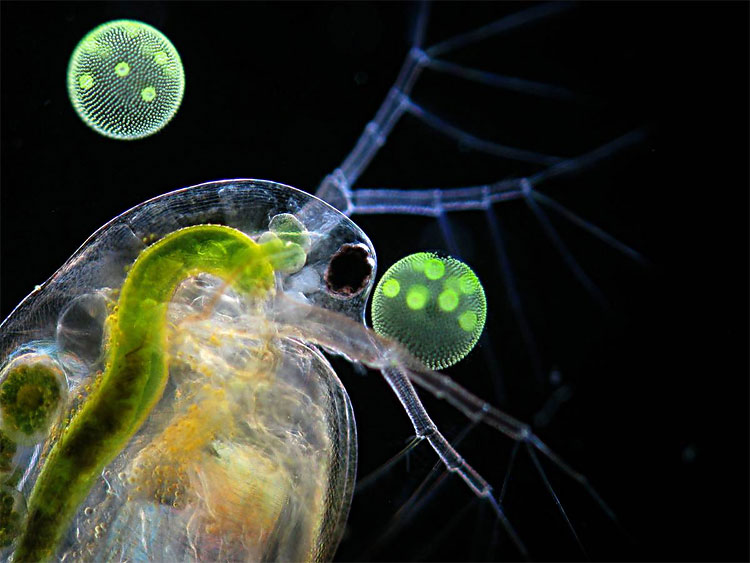 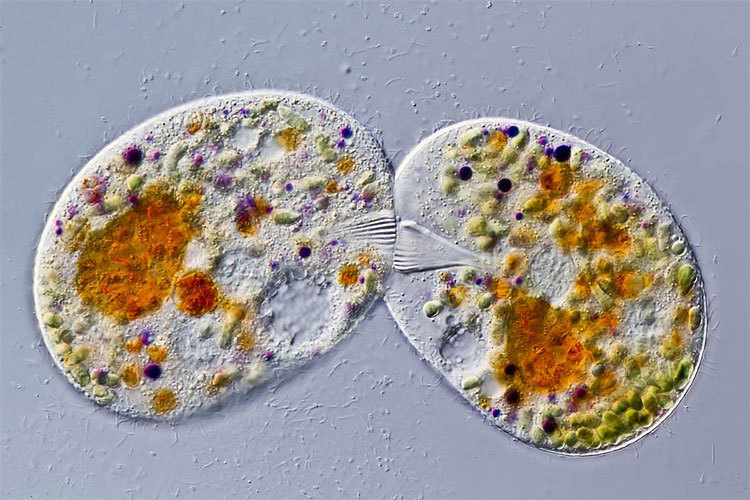 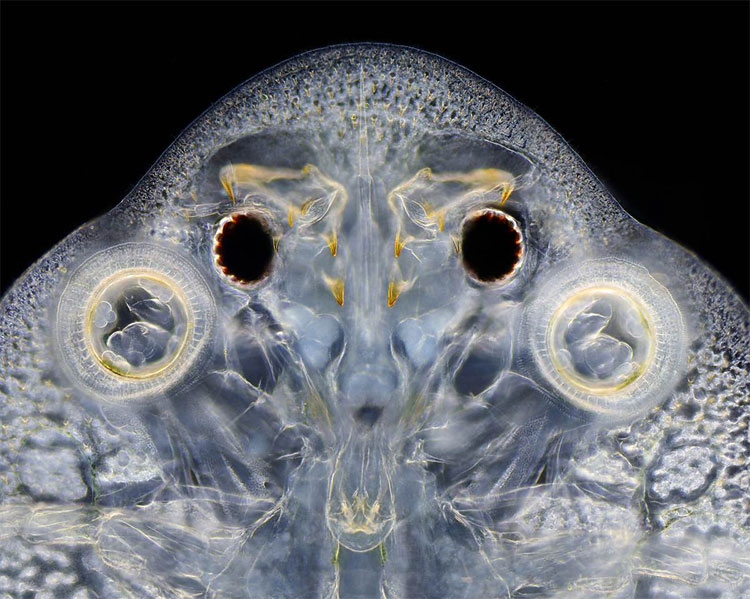 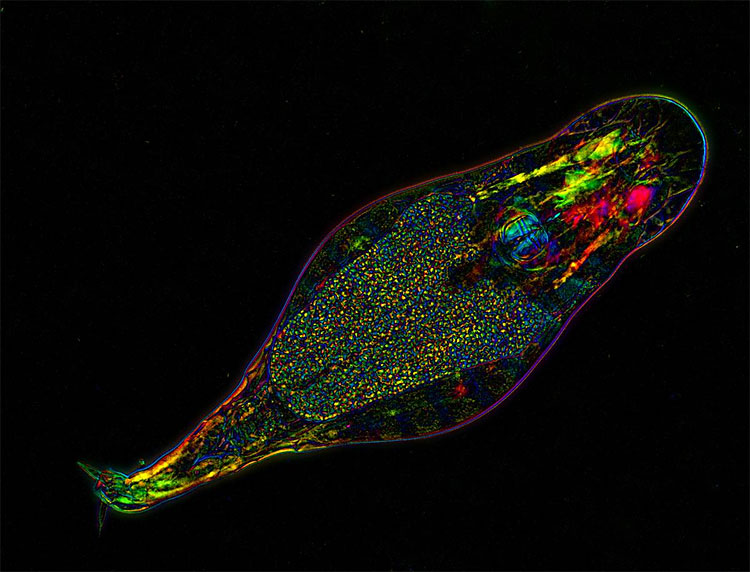 This bdelloid rotifer (Philodina roseola) shines in many colors, thanks to the video-enhanced polychromatic polarized-light microscopy method used to create the picture. The researchers behind the Nikon Small World image are Michael Shribak and Irina Arkhipova of the Woods Hole Marine Biological Laboratory. Bdelloid rotifers are ancient species, known for asexual reproduction – which has led biologists to joke that the creatures have gone without sex for 80 million years. (Michael Shribak and Irina Arkhipova / Marine Biological Laboratory, Woods Hole) 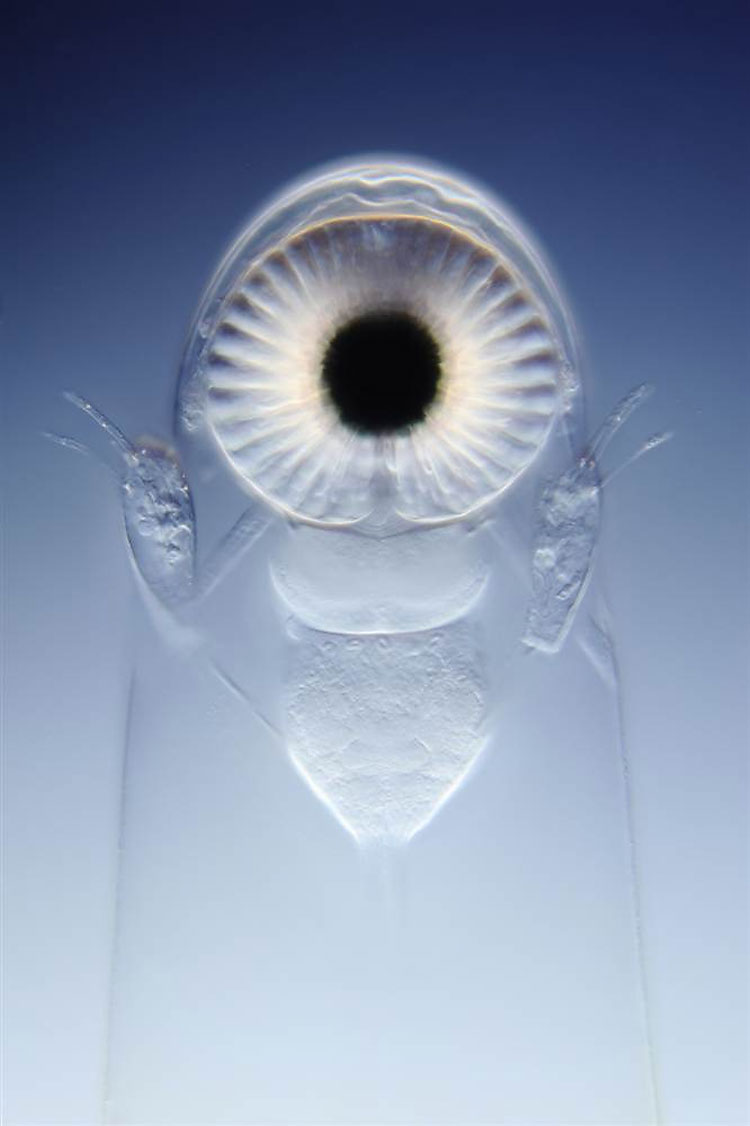 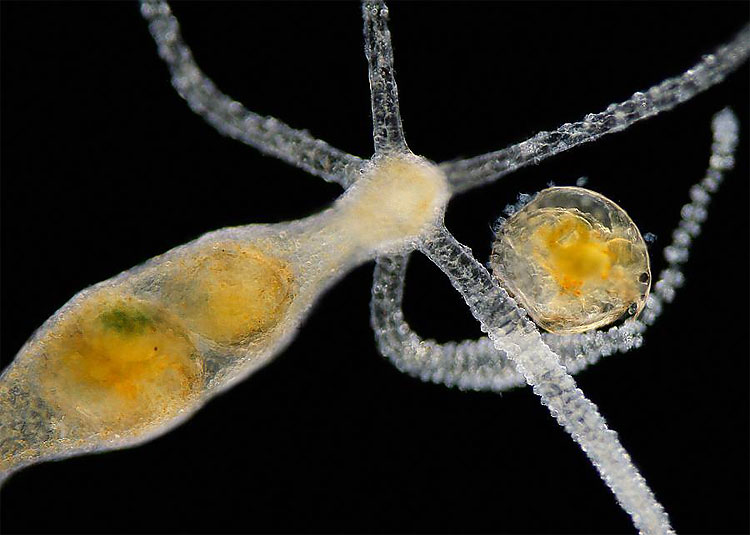 A hydra captures a water flea in this darkfield photomicrograph, created by Charles Krebs. Fleas and small worms are the favorite foods for the carnivorous hydra. (Charles Krebs / Charles Krebs Photography, Issaq)

Vintage Photographs of Christine Keeler Posing in a Swimsuit on a Beach in Spain and France, 1963
These Photos Were Taken At Burning Man Festivals On Three Different Continents Show How Different They Are
An Artist Creates Images Of Banknotes Generated From The Bitcoin Blockchain
Underwater by Caelum Mero
Striking Black And White Photographs Of Venice Beach Eccentrics In 1984
Havana Street Produces 12 Sets of Twins
This Supercargo Vehicle Is Something Out Of This World
Oracle Team USA Capsizes its Biggest, Baddest Boat
Finally, The 2022 Chicken Daddies Calendar Is Here!
Old Soviet Ships Transformed Into Yachts for Millionaires
The Spectacular Winning Photos From Underwater Photographer Of The Year 2019
A Completely Fascinating Collection Of Historical Photos
The Most Creative Photos Of The World Naked Gardening Day 2020, Even In Isolation
Dive In And Join The Chaos – If You Can Find Any Water Left In These Crowded Swimming Pools
Craig Burrows Photographs Plants and Flowers Using an Ultraviolet-Induced Visible Fluorescence Photography Process
KangHee Kim’s Images Are As Satisfying To Create As They Are To Look At
Protests, Nature and A World in Lockdown Are Captured from Above in Drone Photo Awards 2020
"Blow Job": Strong Air To Face Photoshooting By The Photographer Tadas Cerniauskas
Getty Images Pictures Of The Year 2018: Sports
The Majesty Of The Animal Kingdom in Amazing Photographs by Simen Johan
Computerspielemuseum in Berlin
Before-And-After Pics Reveal How Much These Beautiful Images Are Photoshopped To Look Surreal
Here Are The 30 Best Photos That NASA’s Curiosity Has Taken After 7 Years On Mars
IKEA Pee Ad: Retailer’s Controversy Ad Acts As A Pregnancy Test
small, water, wonders