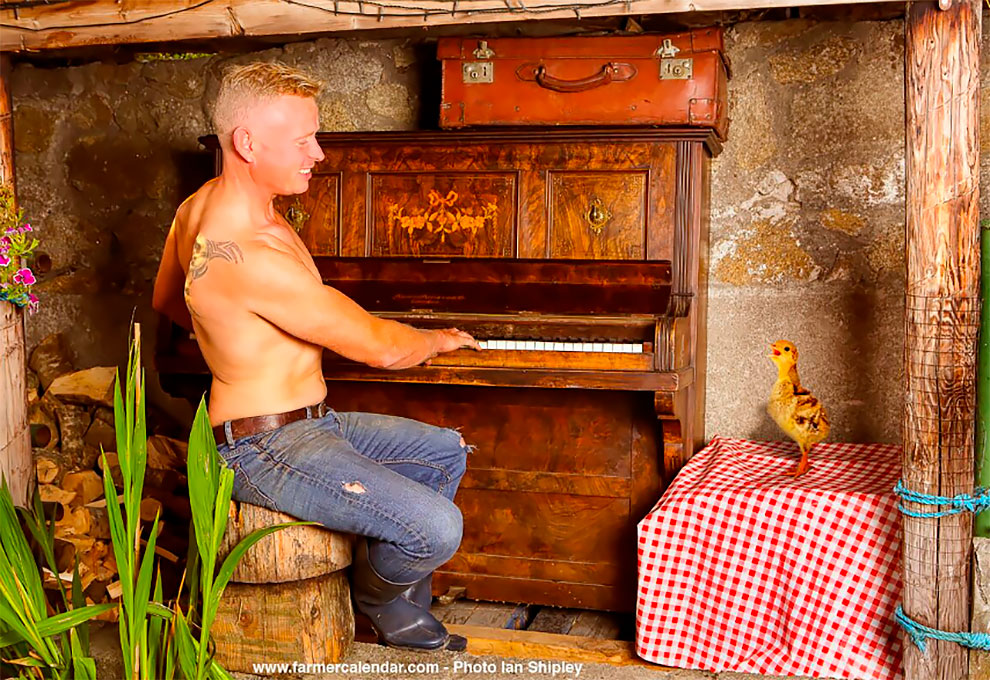 While we’re reluctant to start talking about Christmas yet – it’s still too early – it is perfectly acceptable to chat about Halloween plans because the spooky festivities are just a few days away.

On that note, do you have your pumpkin sourced and ready to be carved? If not, what better reminder to get than a topless farmer that’s just having the craic on top of some hay while surrounded by a bunch of pumpkins. 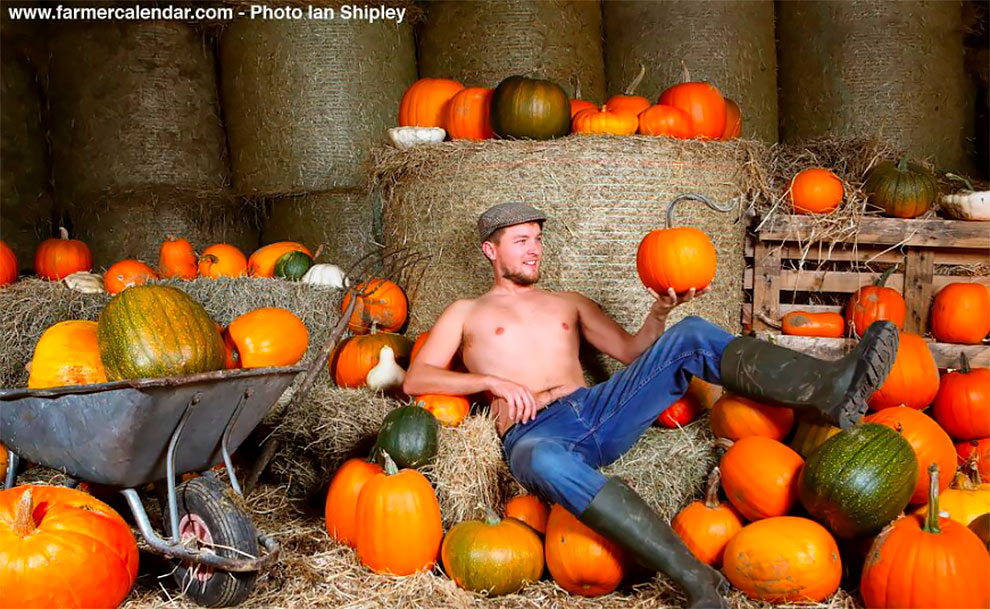 First launched back in 2010 by Ciara Ryan, Farmercalendar.com originally started out as a bit of fun amongst like-minded folk who were eager to raise money for local charities. 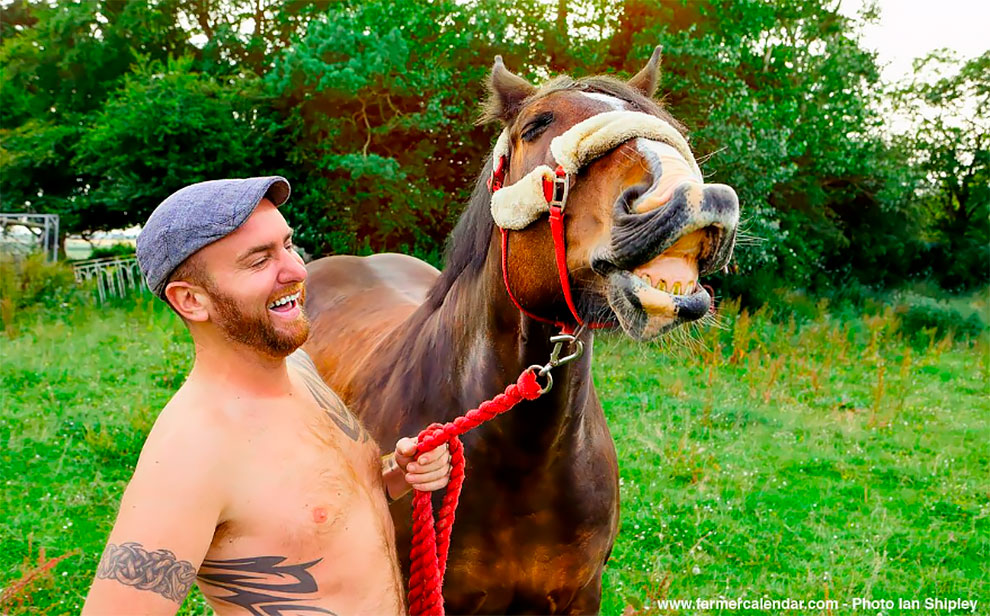 Much like the crops in the field, it’s popularity just grew and grew and to Ciara’s immense credit, funds that are raised from sales of the calendar are used to support the farming charity Bóthar. 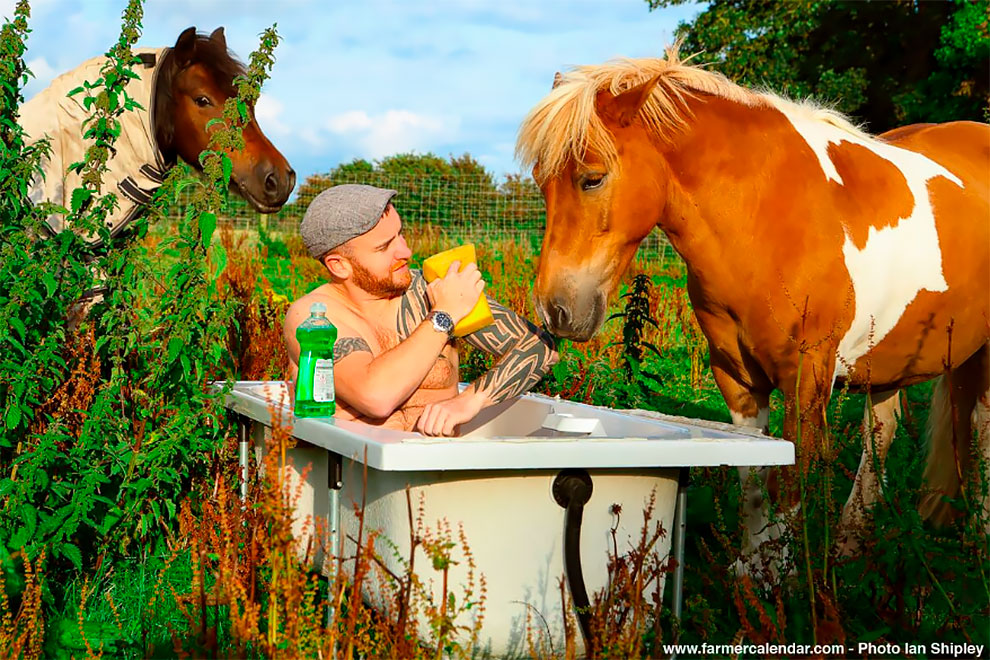 Bóthar enables families and communities worldwide to overcome hunger and poverty. It also helps to restore the environment in a sustainable way and to do this, they specialise in improved livestock production and support-related training and community development. 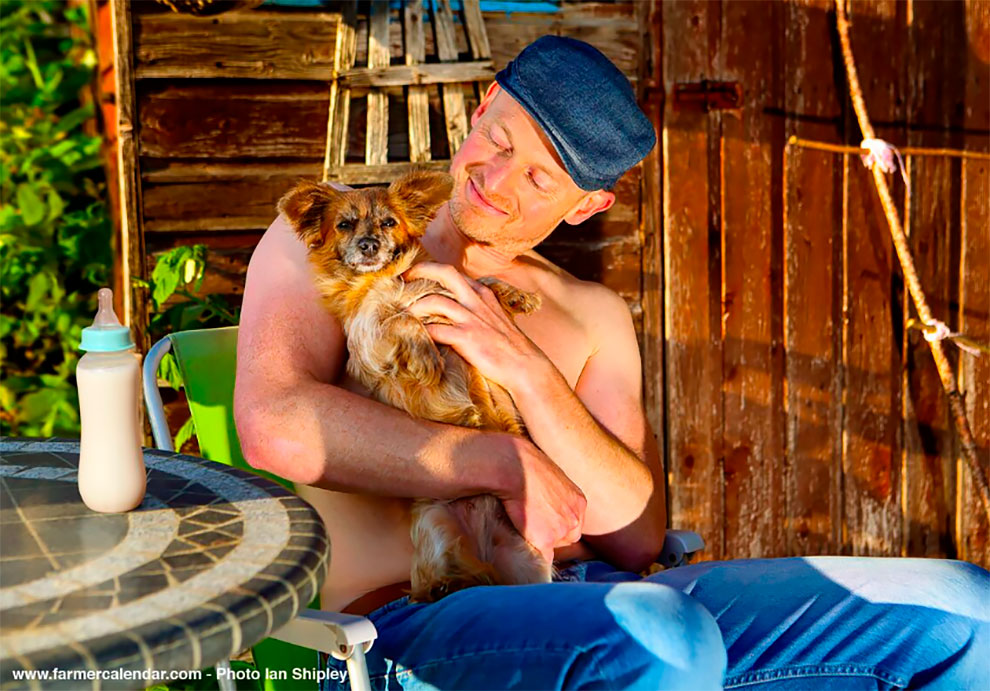 Bóthar also educates the public in Ireland about global poverty. 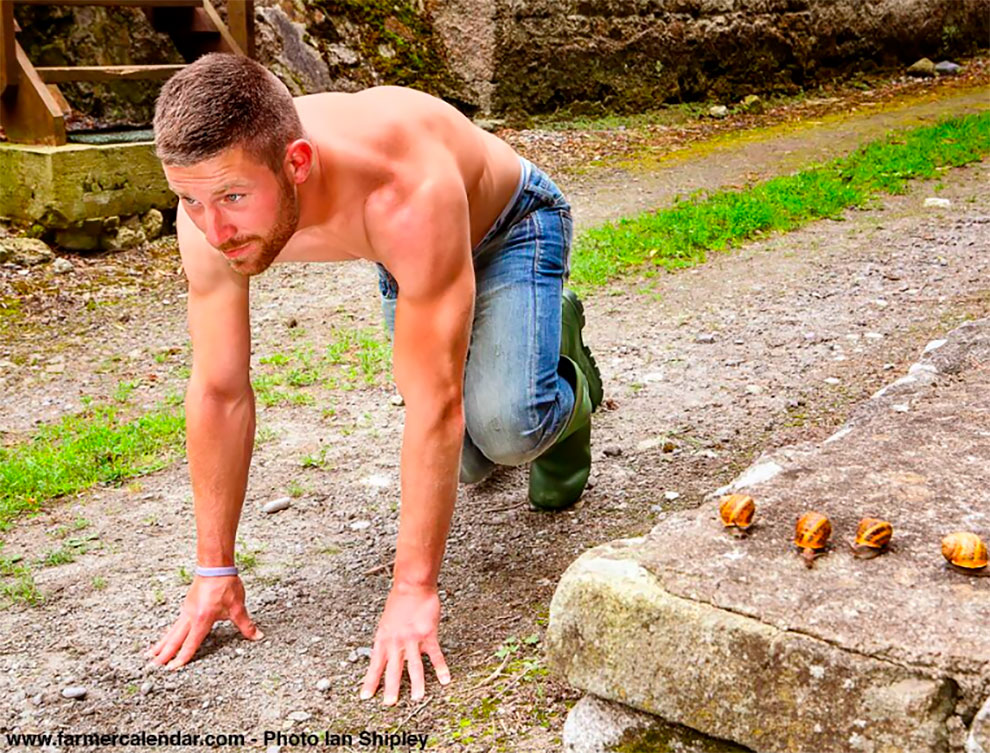 In terms of this year’s lads, the calendar features the agricultural charm of men from Kilkenny, Carlow, Dublin, Limerick, Tipperary and Down. 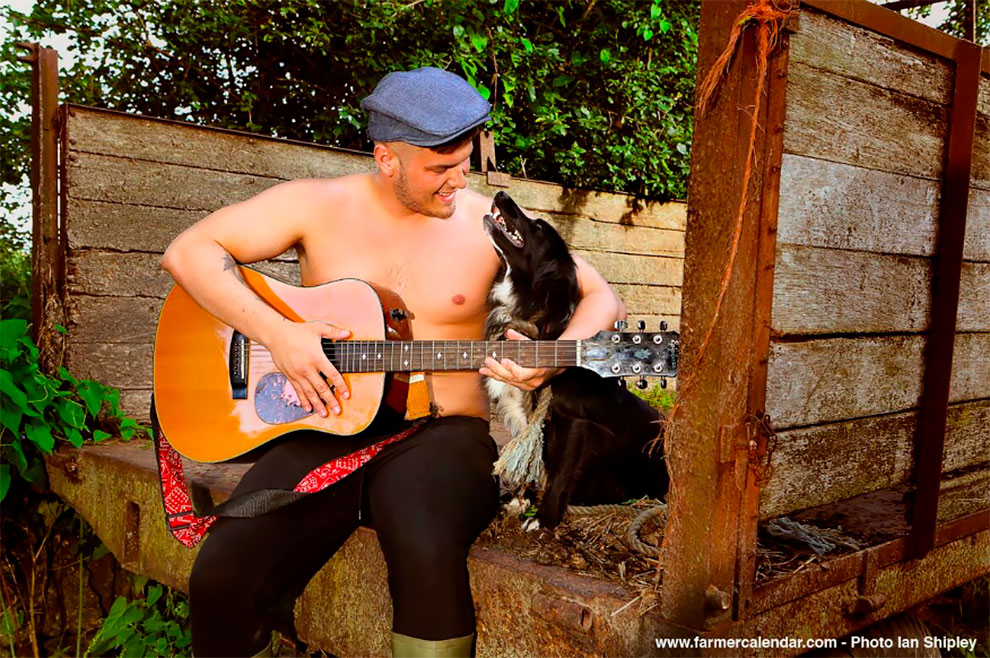 Aside from sporting superb farmers’ tans and fetching looks, they all appear in their full glory alongside a goat, horses, a chick, dogs, fish and pumpkins. 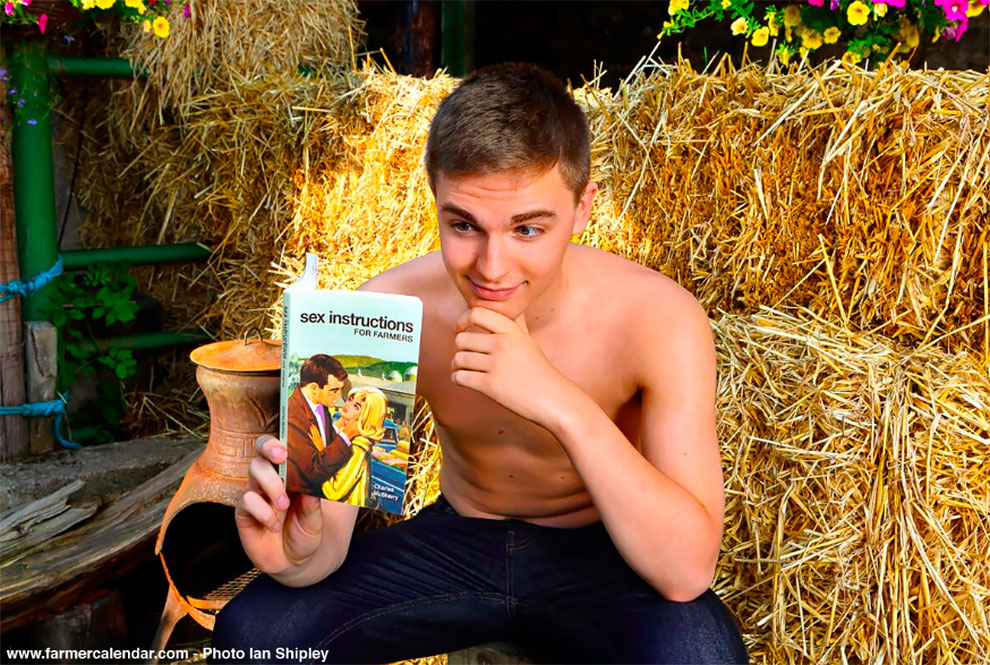 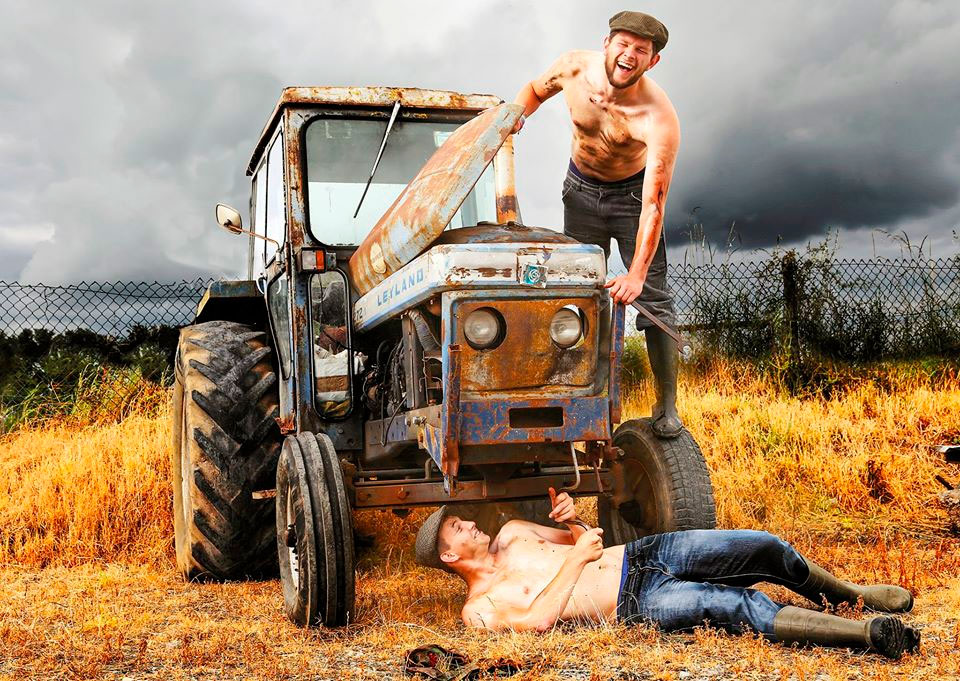 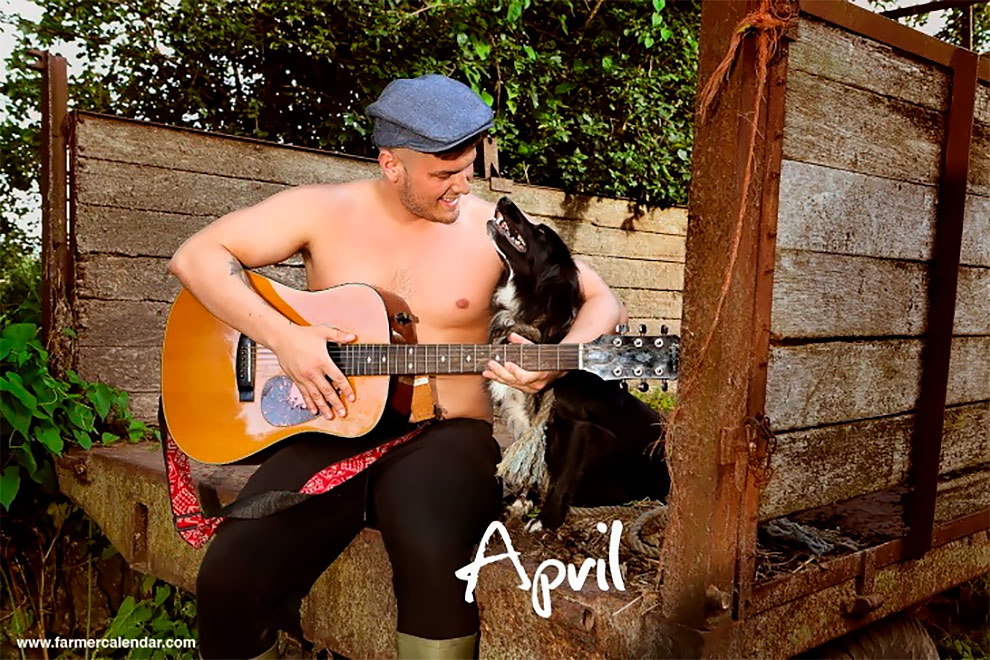 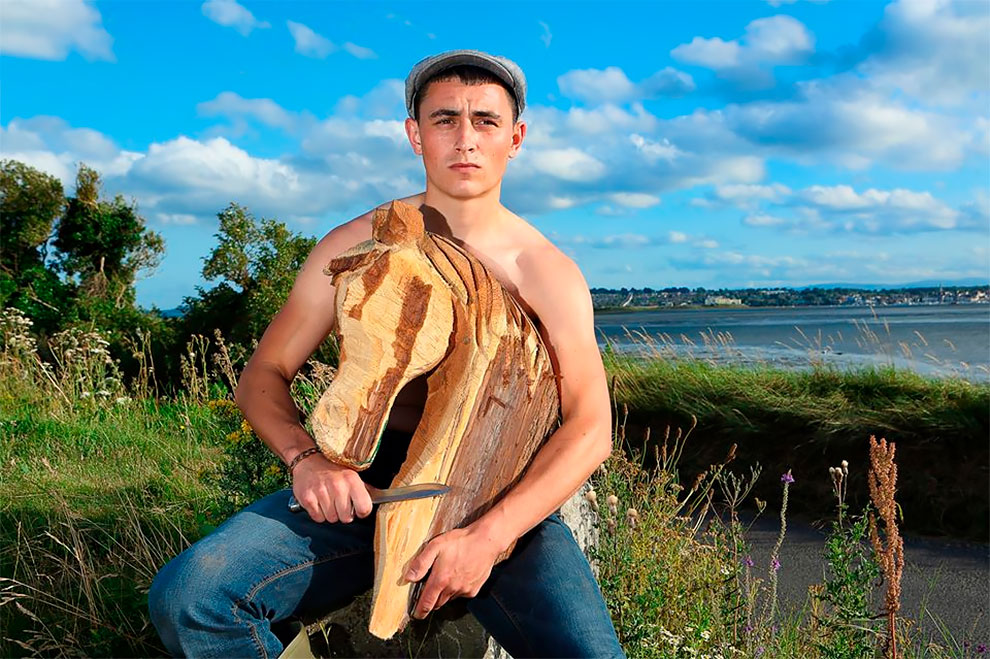