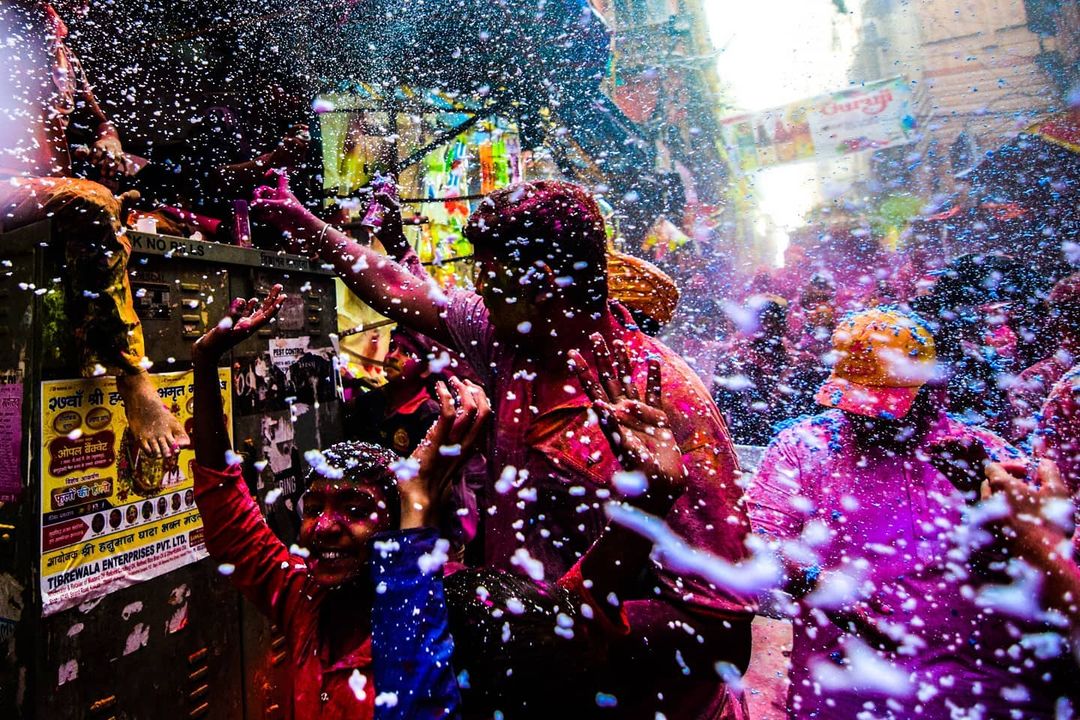 While speaking of Holi, the first names that cross our minds are Mathura, Vrindavan, or Barsana. And why not? These destinations have been giving away photo opportunities to thousands of photographers across the globe since the end of the previous century. But, when it comes to Kolkata- the City of Joy likes to take things into its own hands. Like many other Indian Festivals, Kolkata celebrates Holi differently altogether. 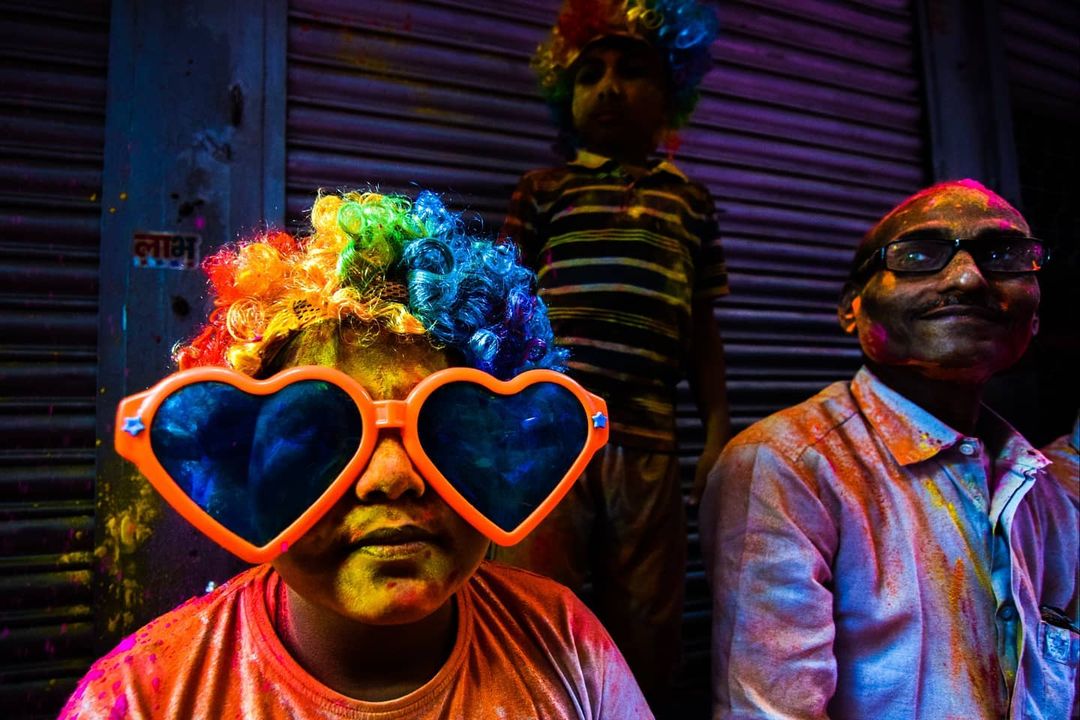 Let us know if you find a vintage Rolls Royce crossing the stretch of the most iconic landmark anywhere else in India, leading a Holi procession that keeps growing in size, colors, and energy. Where else would you find shopkeepers rushing out from a shop to pick up a Dhol and groove to the music? Where else will you find a bus conductor stuck in a jam moving his head through the Mini-Bus window and dancing to the tunes of traditional music? As we said- Kolkata sure knows how to keep its festivities quirky. 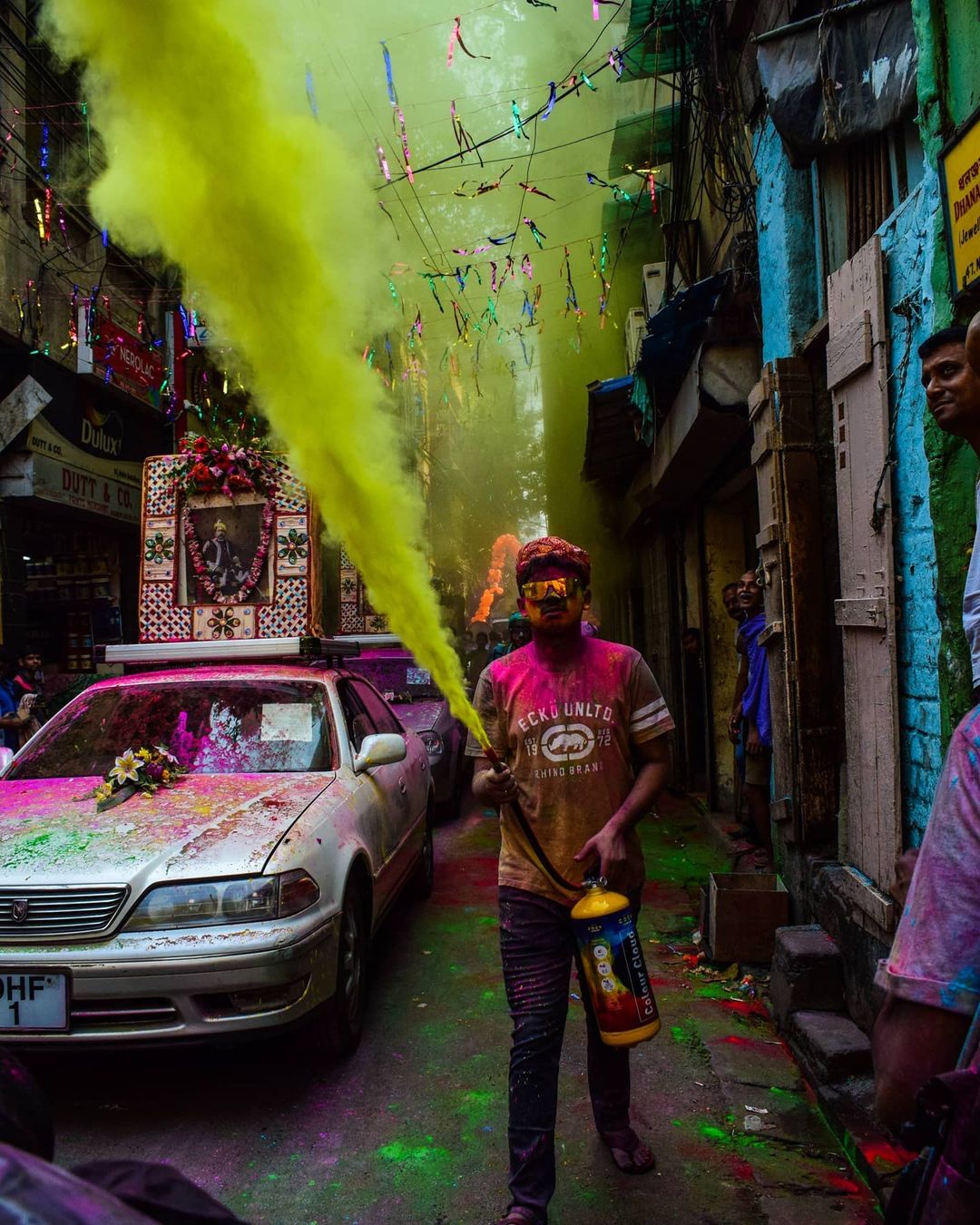 Each year, a couple of days before the actual Holi, this madness unfolds on the streets of Calcutta. The Calcuttans show why they are different from the rest of India. A vintage Rolls Royce begins the grand procession from a temple in Howrah and it crosses the entire stretch of Howrah Bridge, thus entering the streets of Calcutta through the narrow lanes of Burrabazar. You must be shocked to know that this is the only time of the year that the iconic Howrah Bridge comes to a standstill (at least half of it). 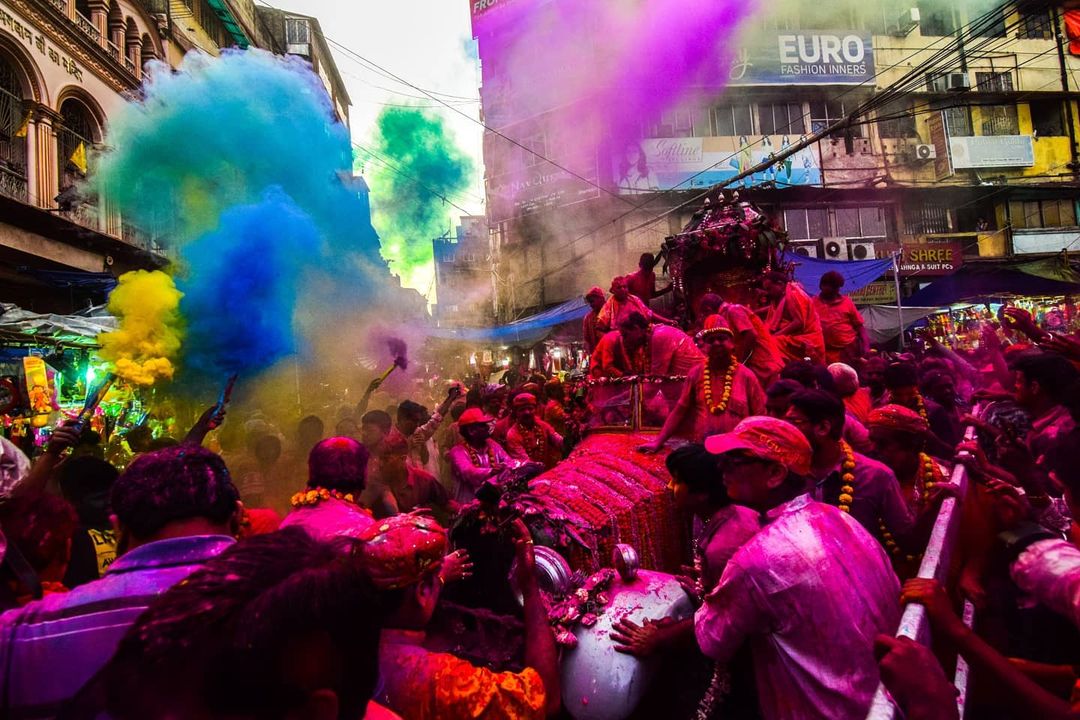 The procession starts with some 100 people but heads keep multiplying at every turn. It’s estimated that the entire procession gets a footfall of 2500+ people and it covers a distance of over 10 Km. If you are someone who likes to go beyond the norms and does not want to repeat the same places as others- Calcutta is something you shouldn’t absolutely miss this Holi. 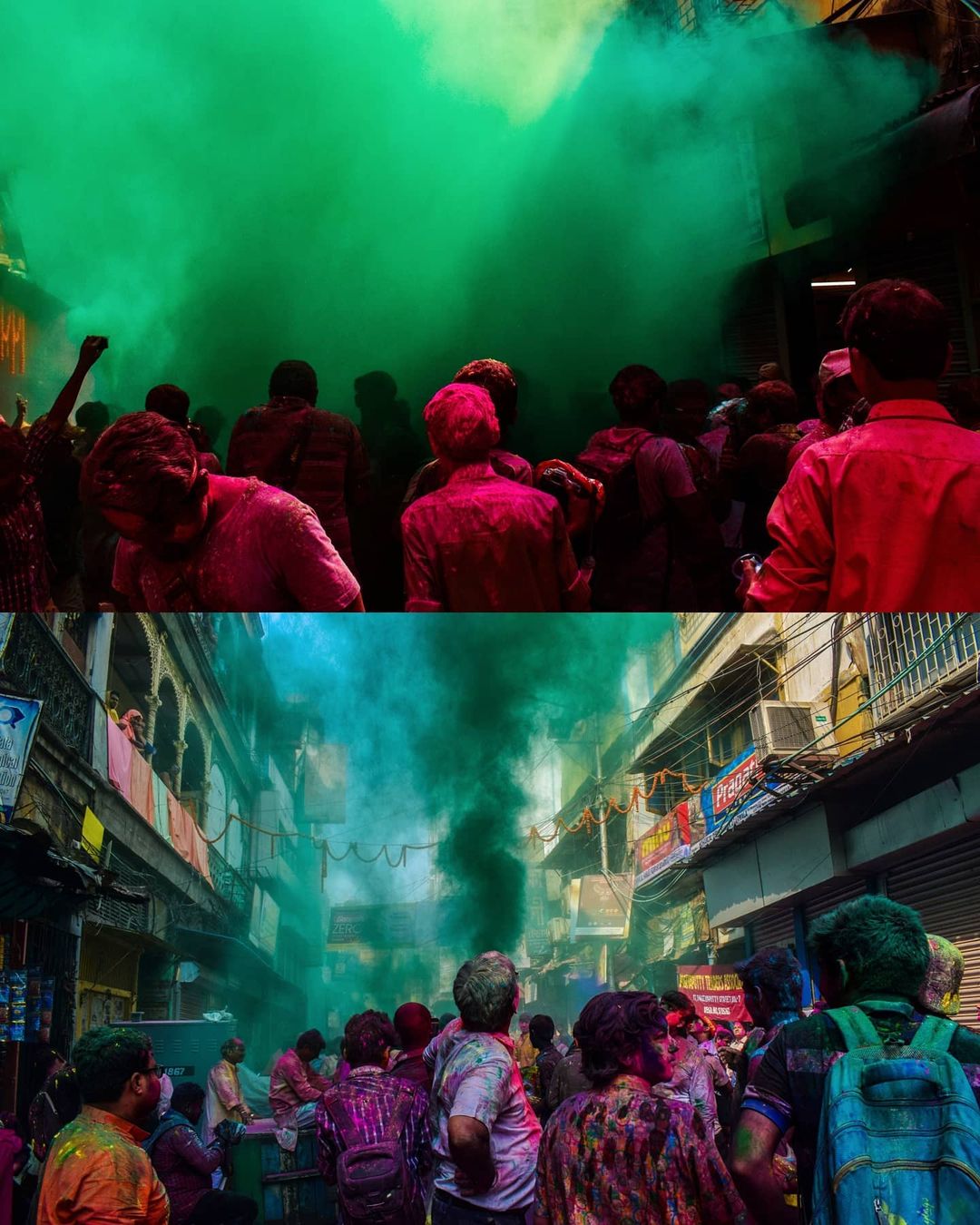 Shubhayu Dasgupta is a passionate Street and Travel Photographer based out of Calcutta. Besides being an enthusiastic B.Tech undergrad, he has been a keen shooter on the streets and a sincere foodie, and a traveler. He is the co-founder of Calcutta Instagrammers- The largest Instagram Community of Eastern India. 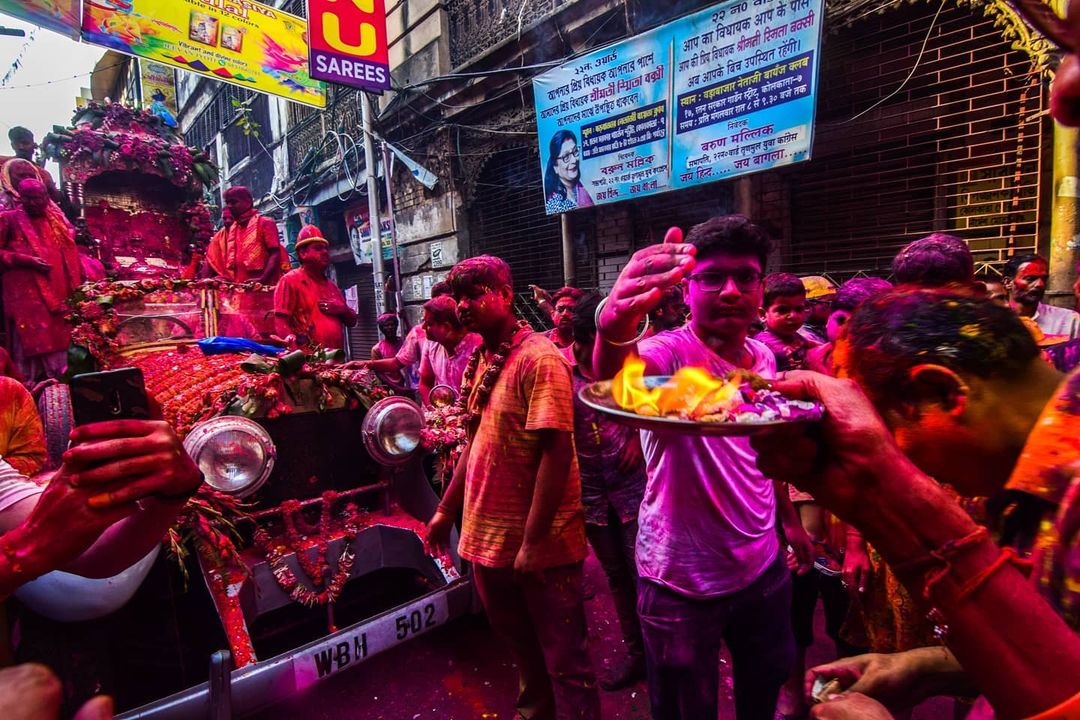 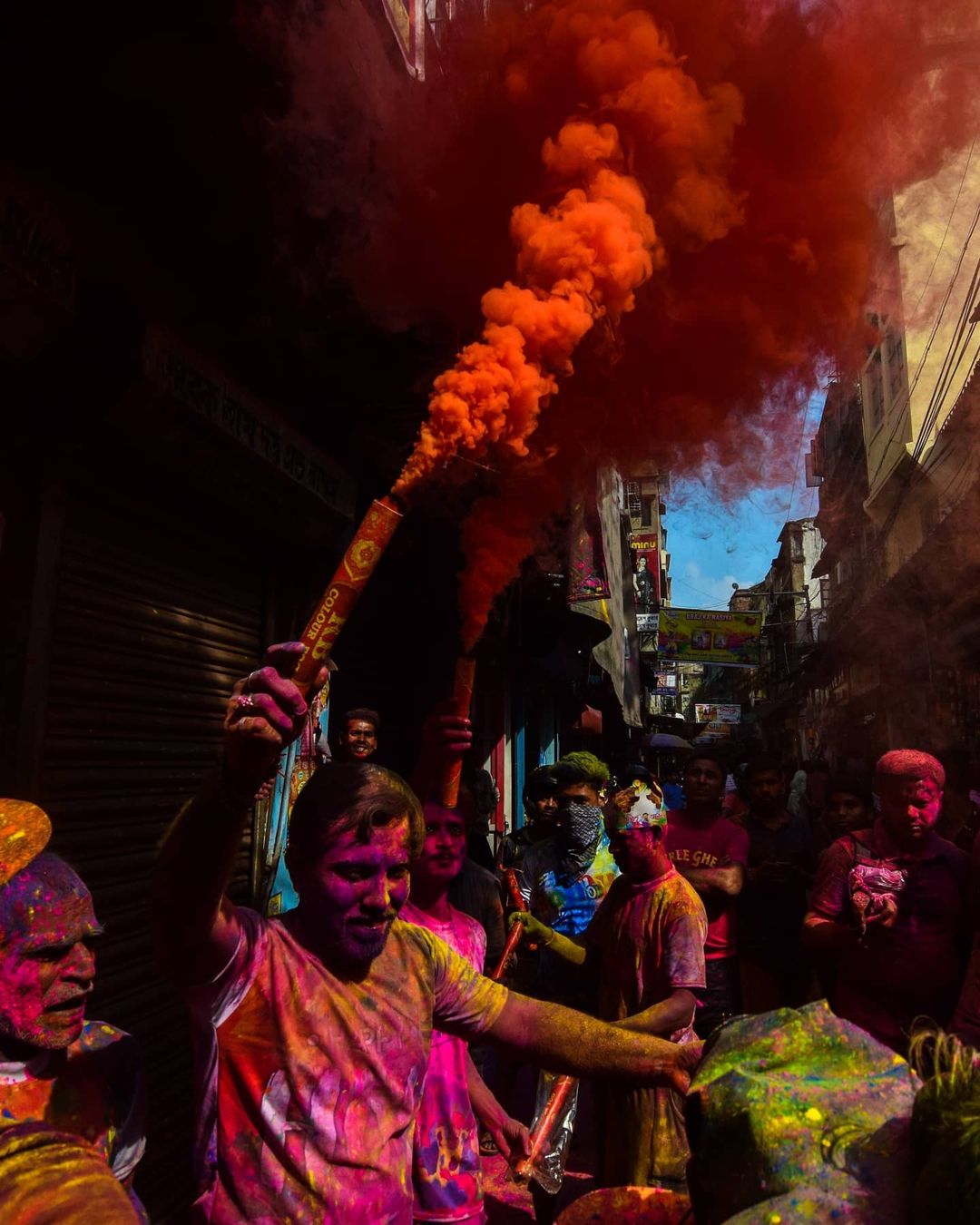 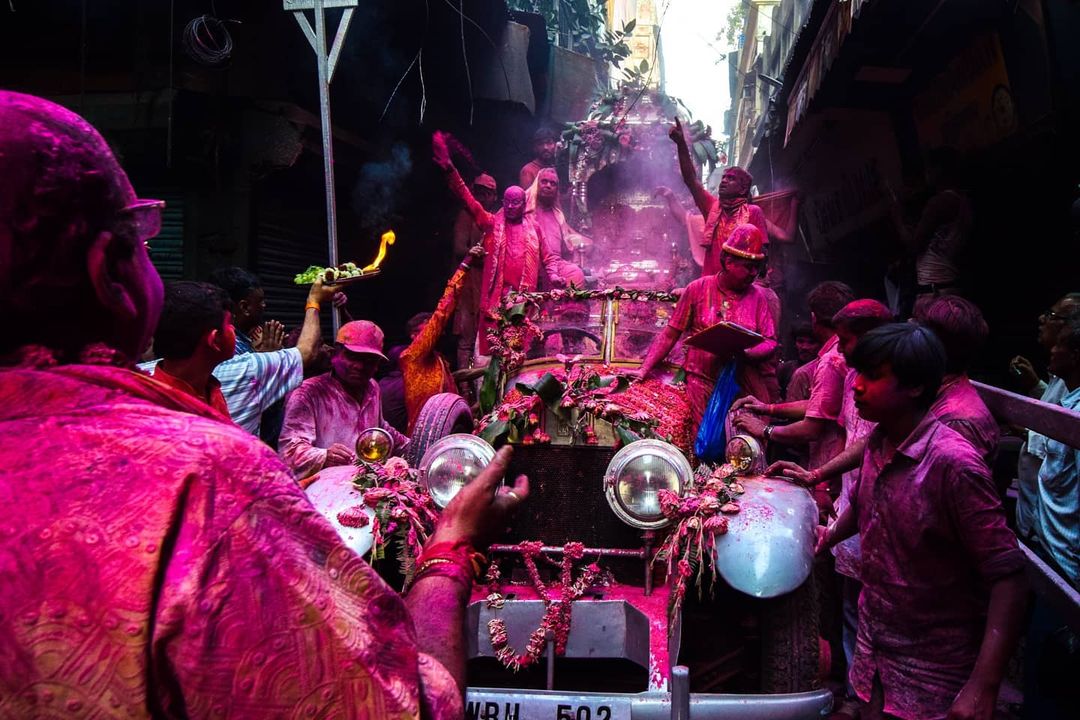 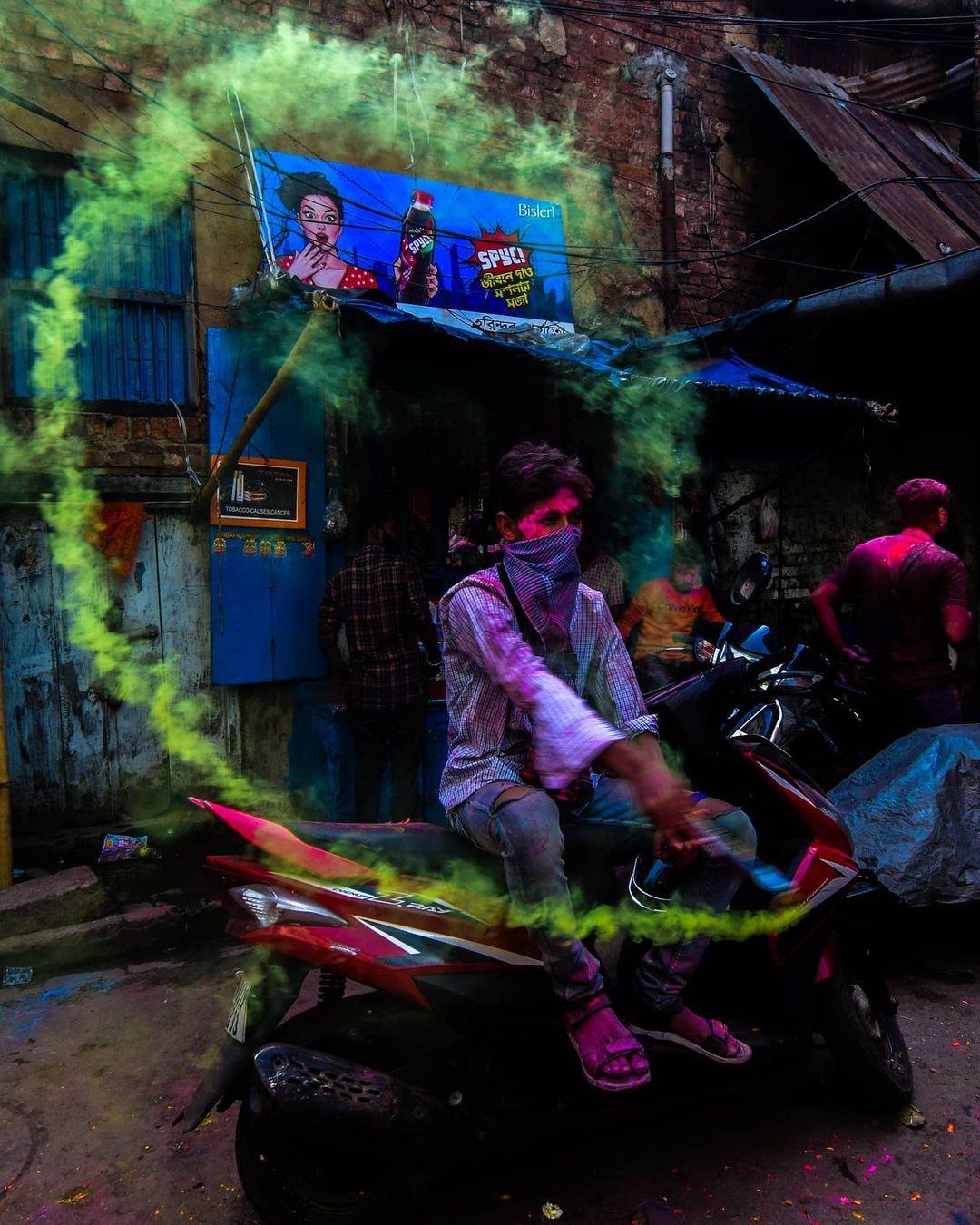 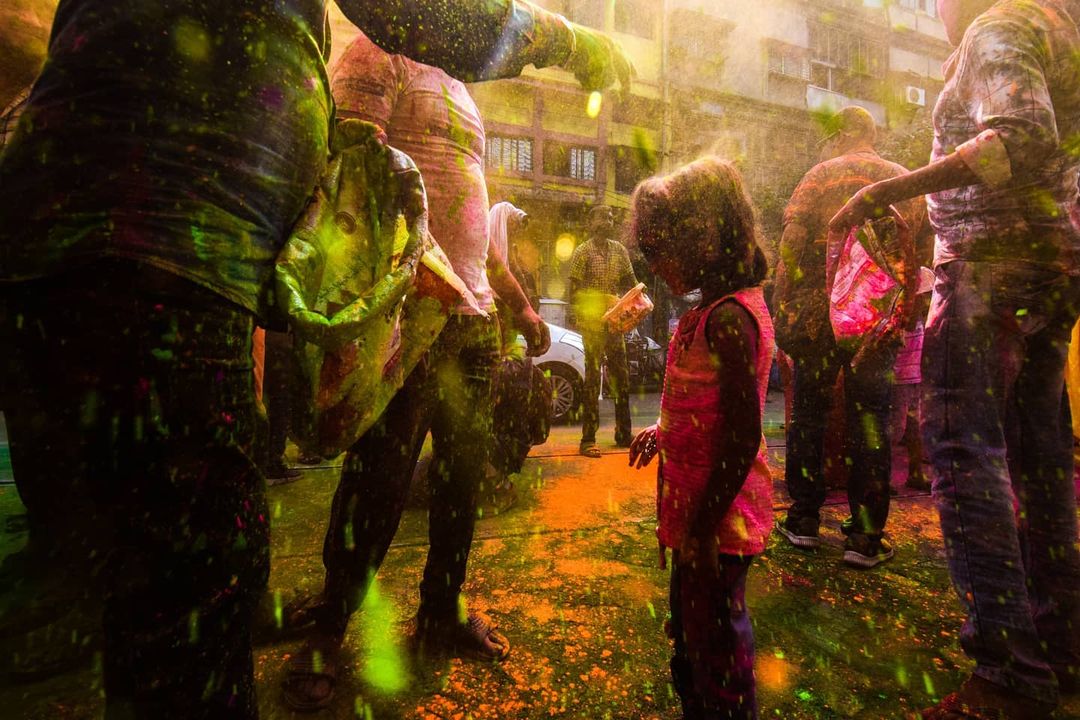 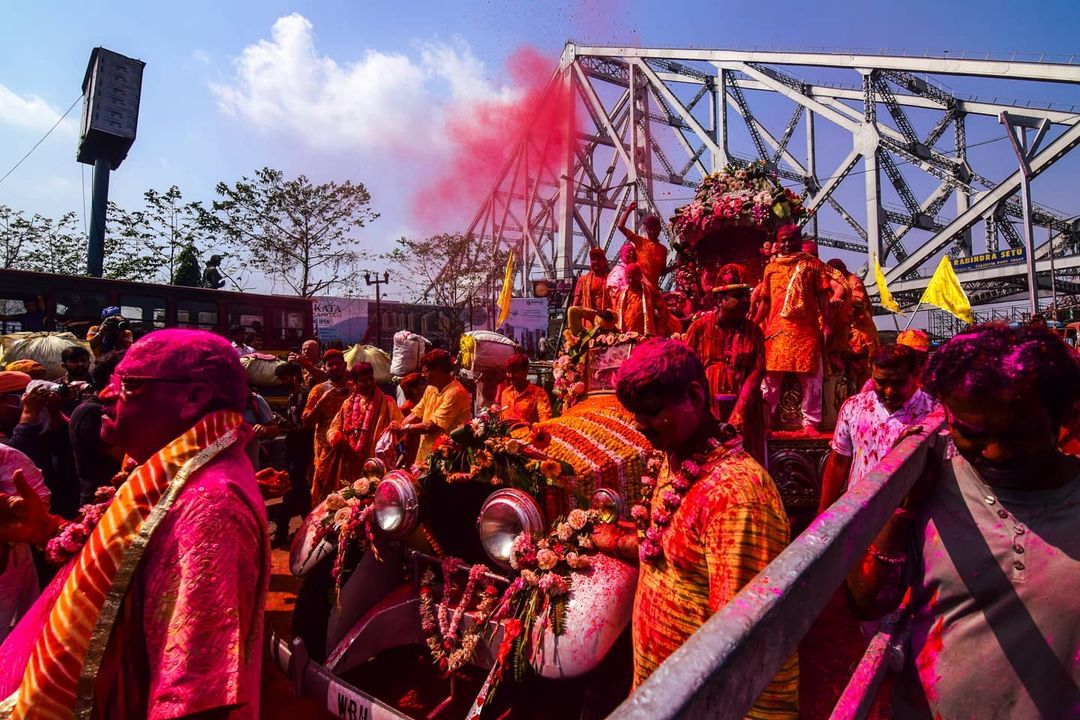 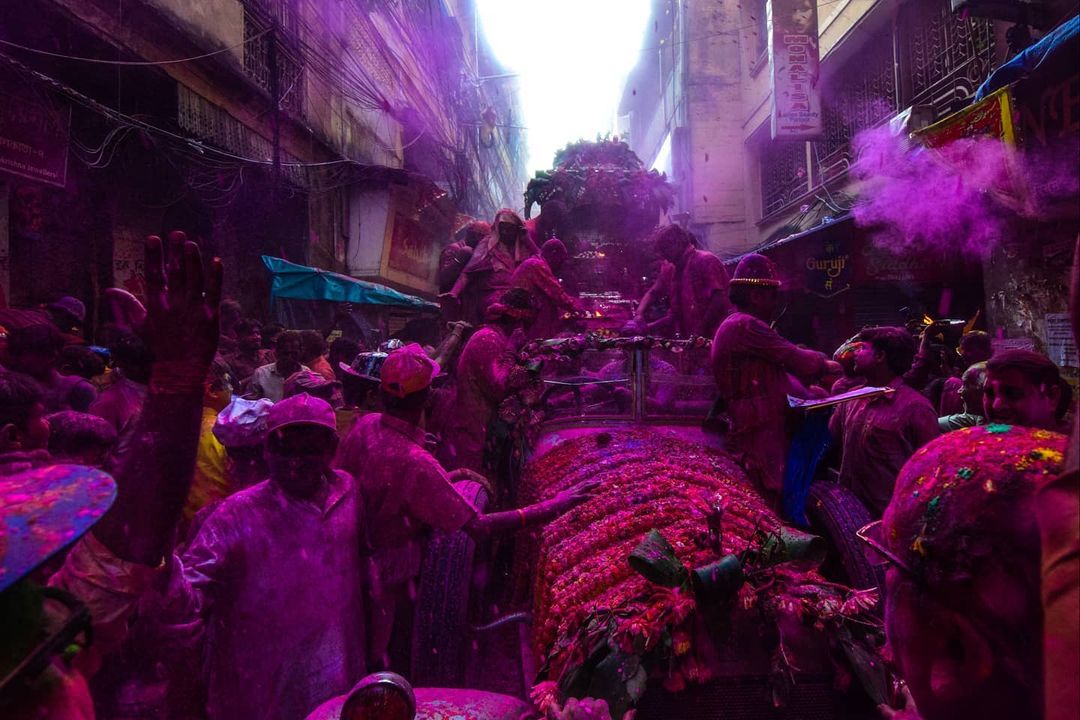 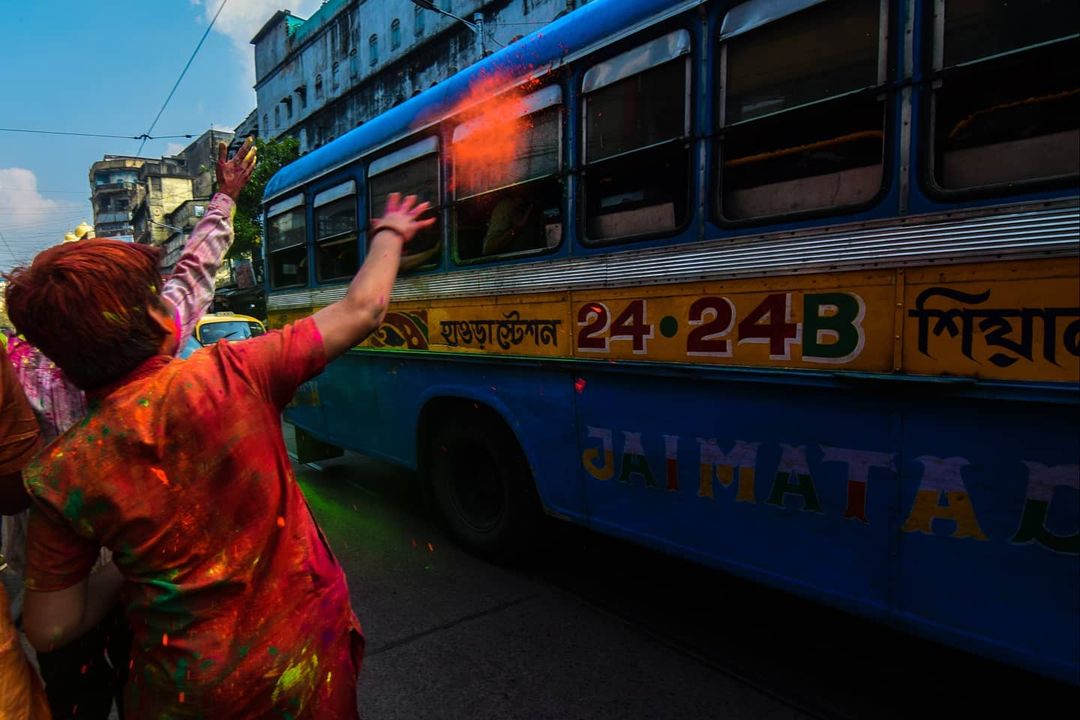 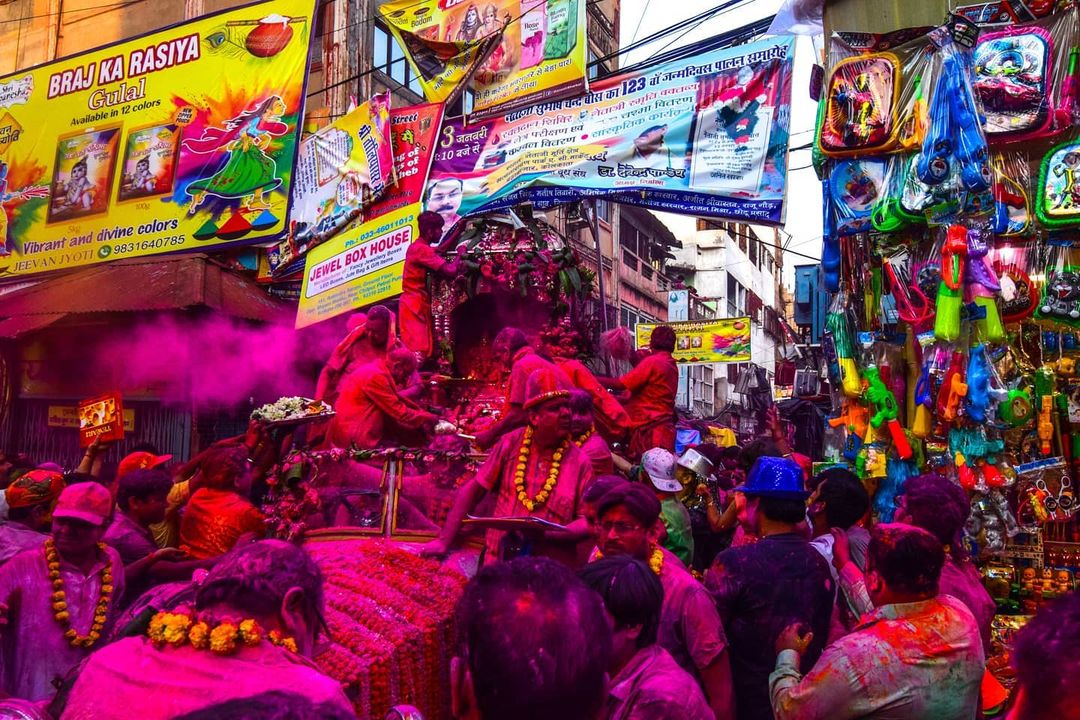 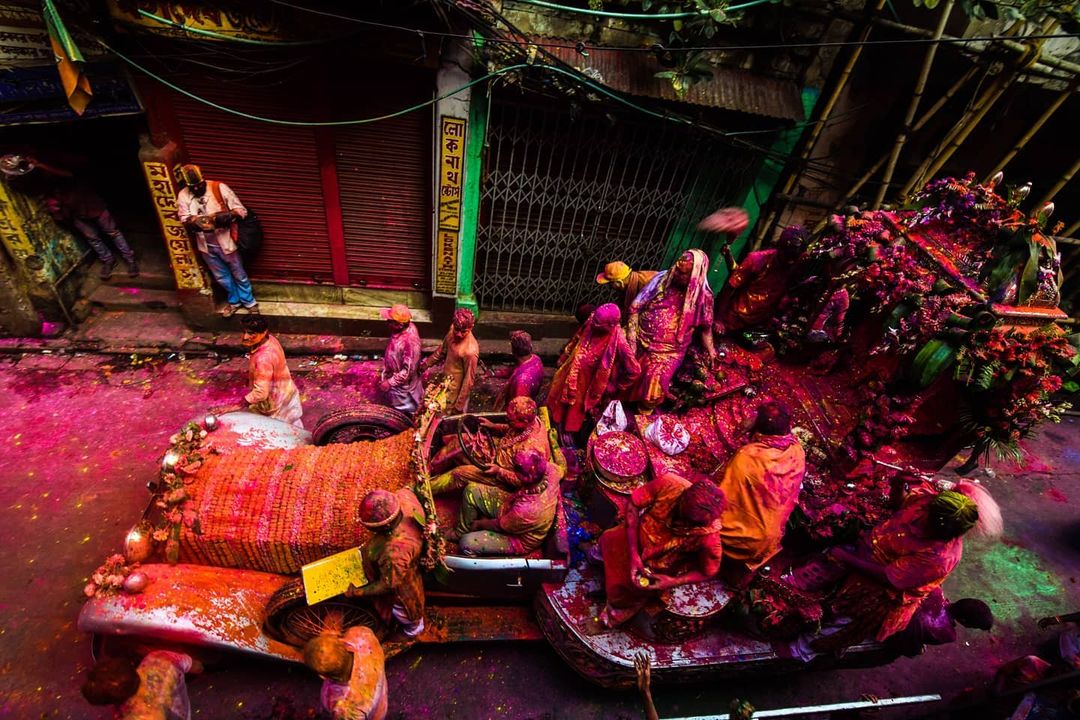 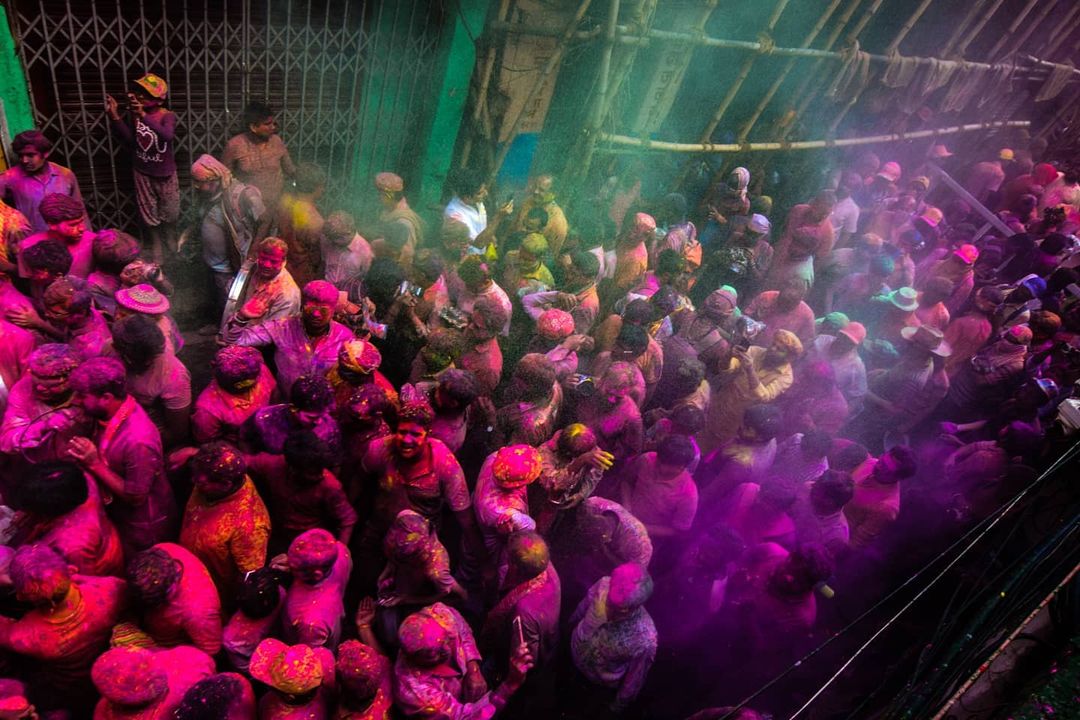 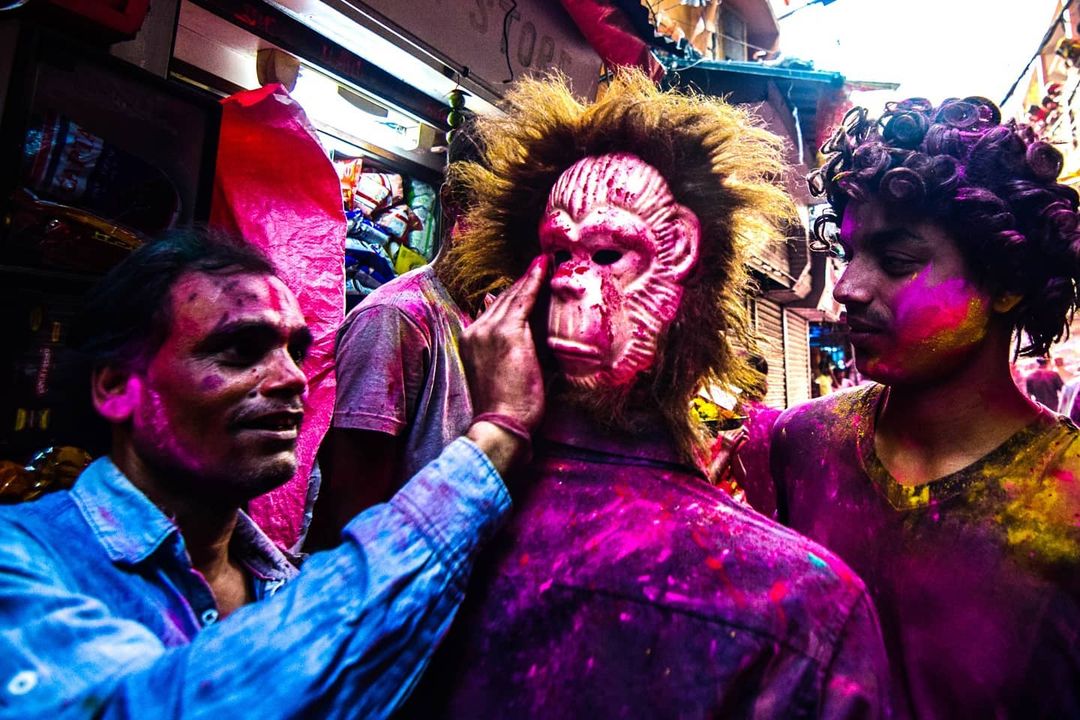 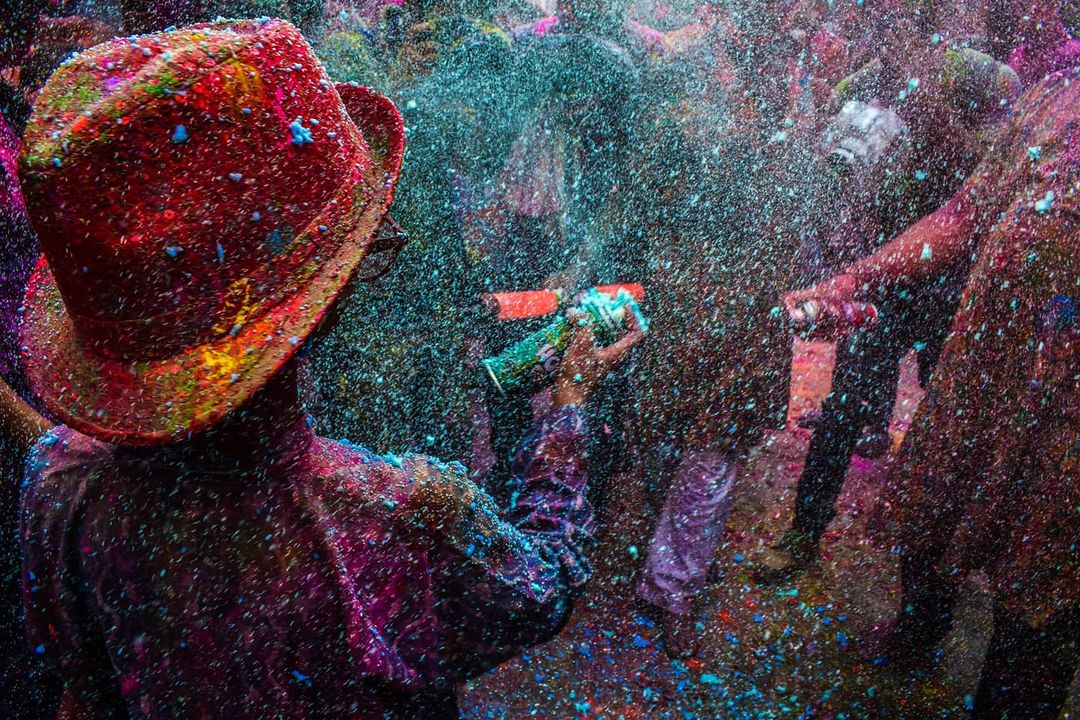 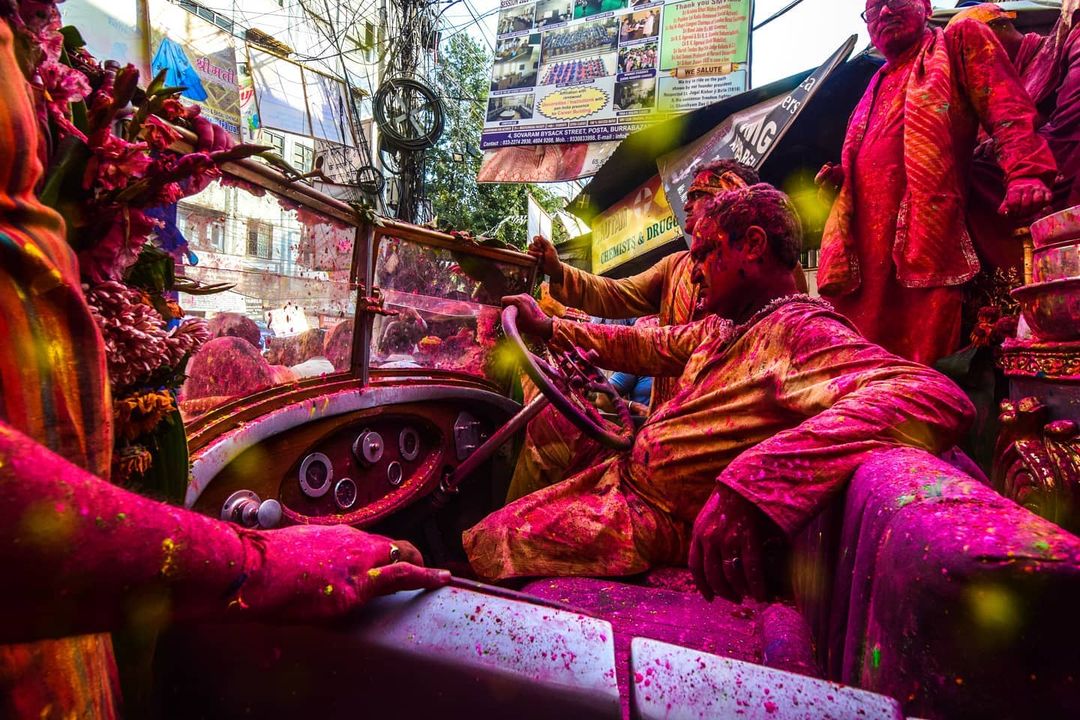 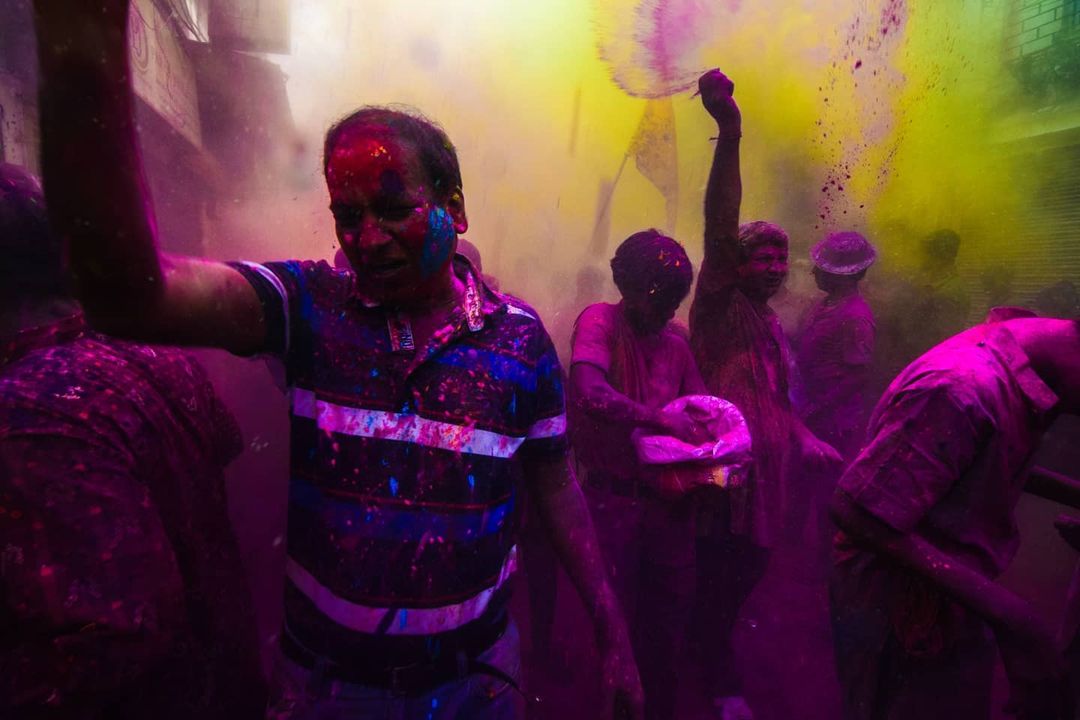 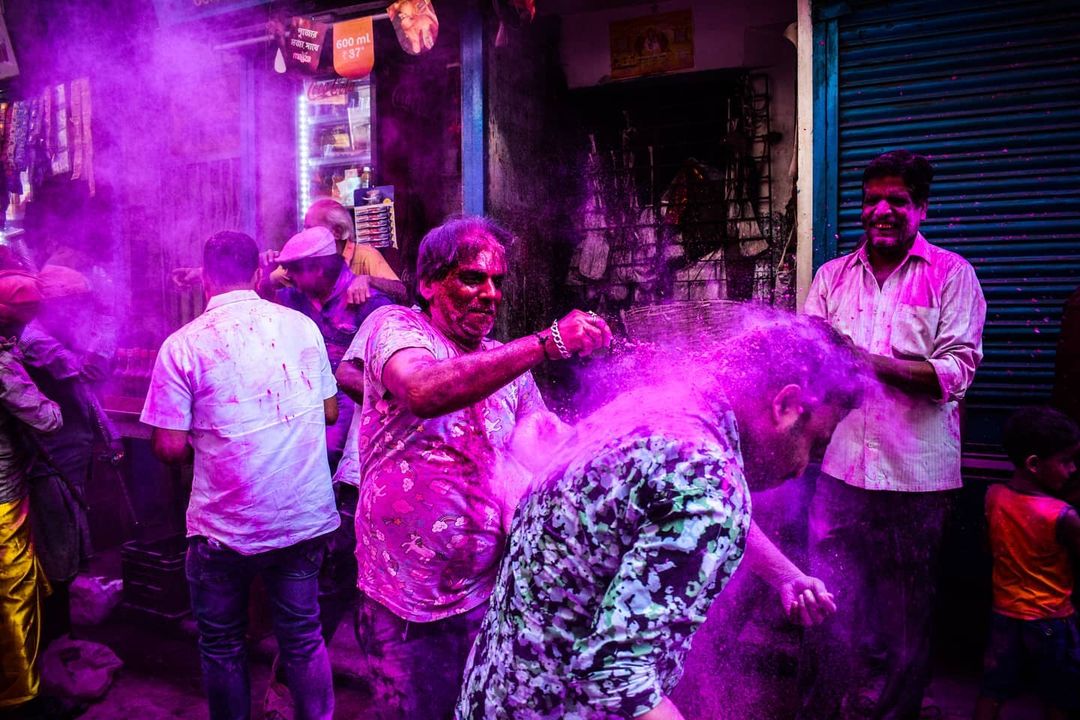 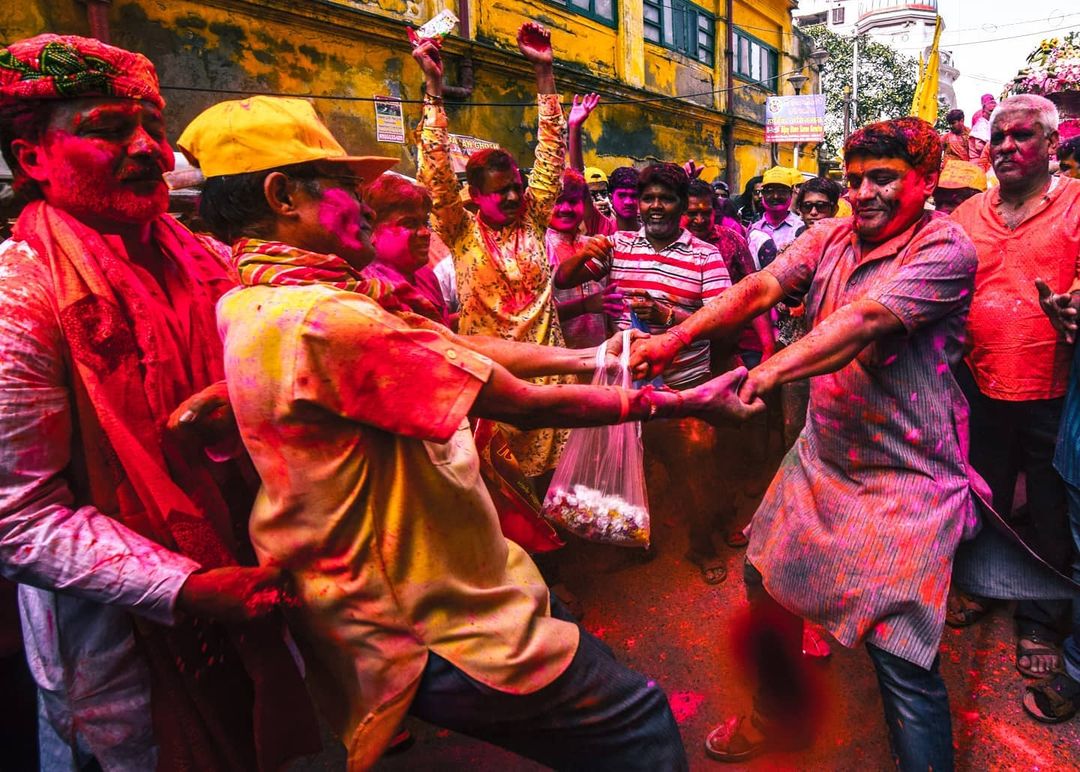 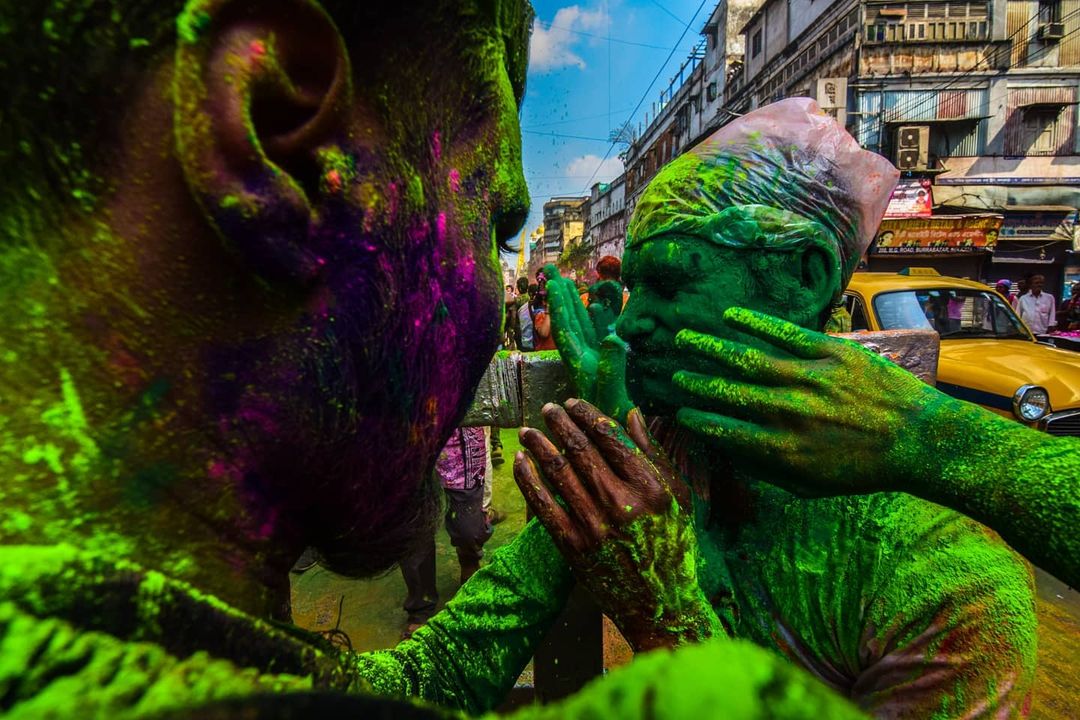 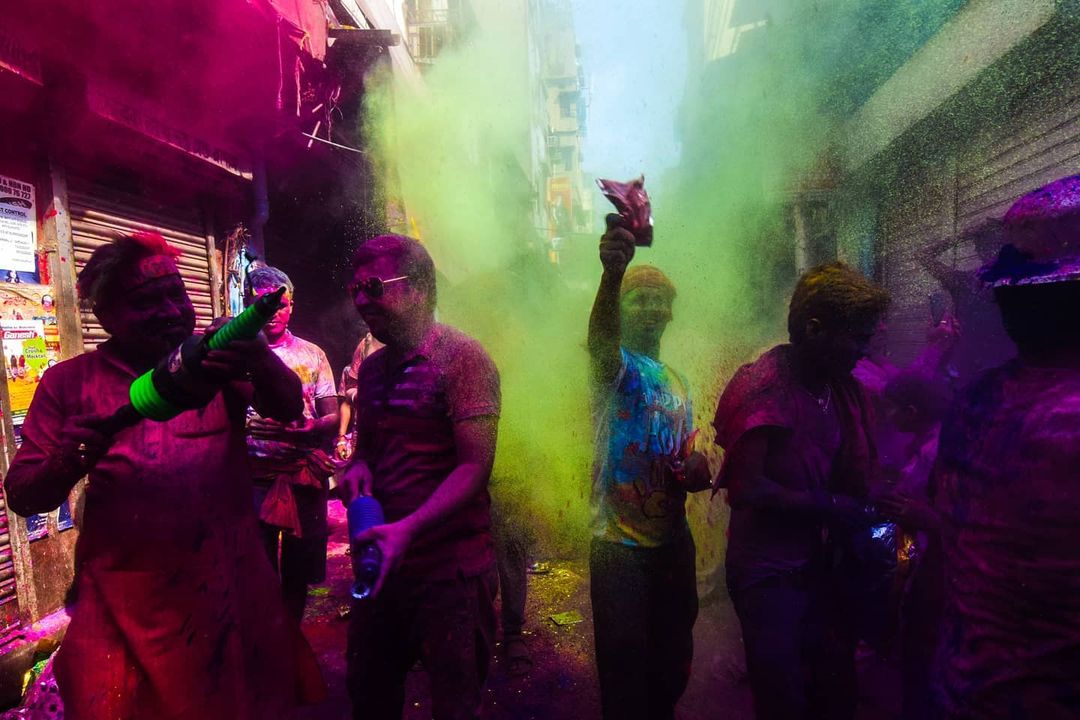 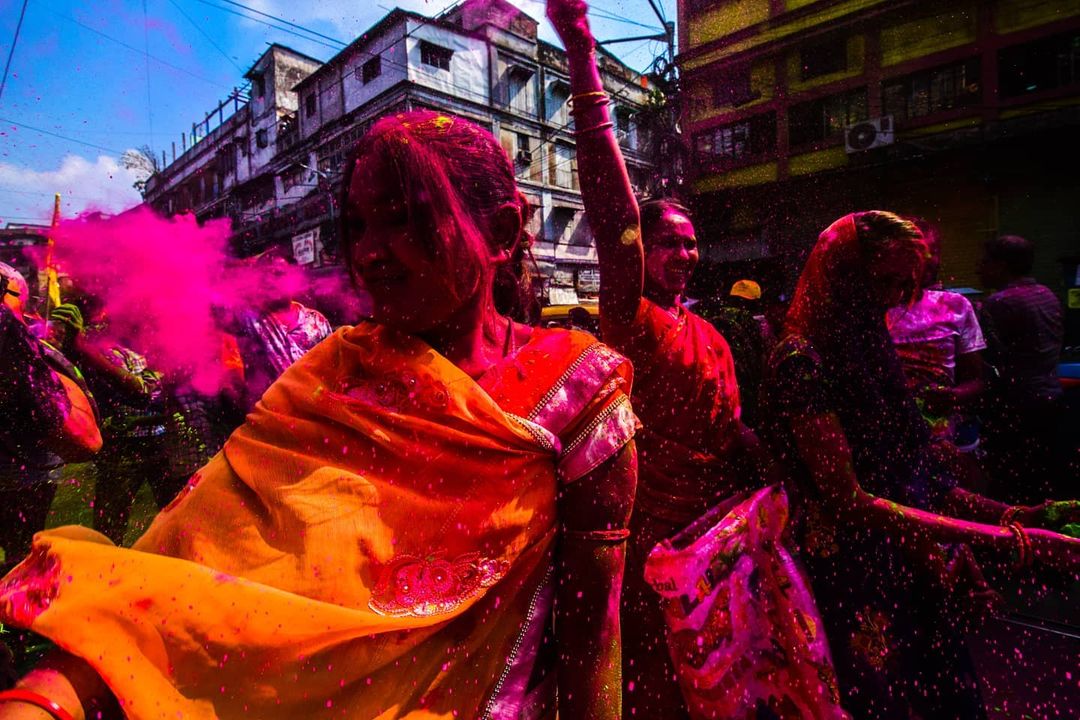 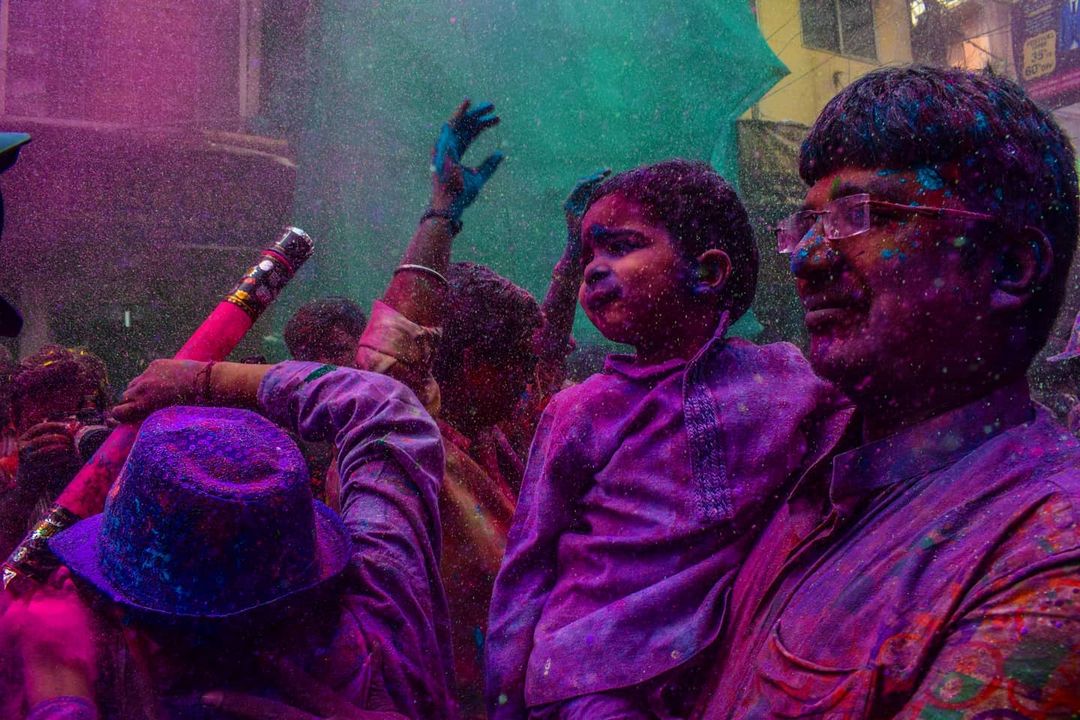 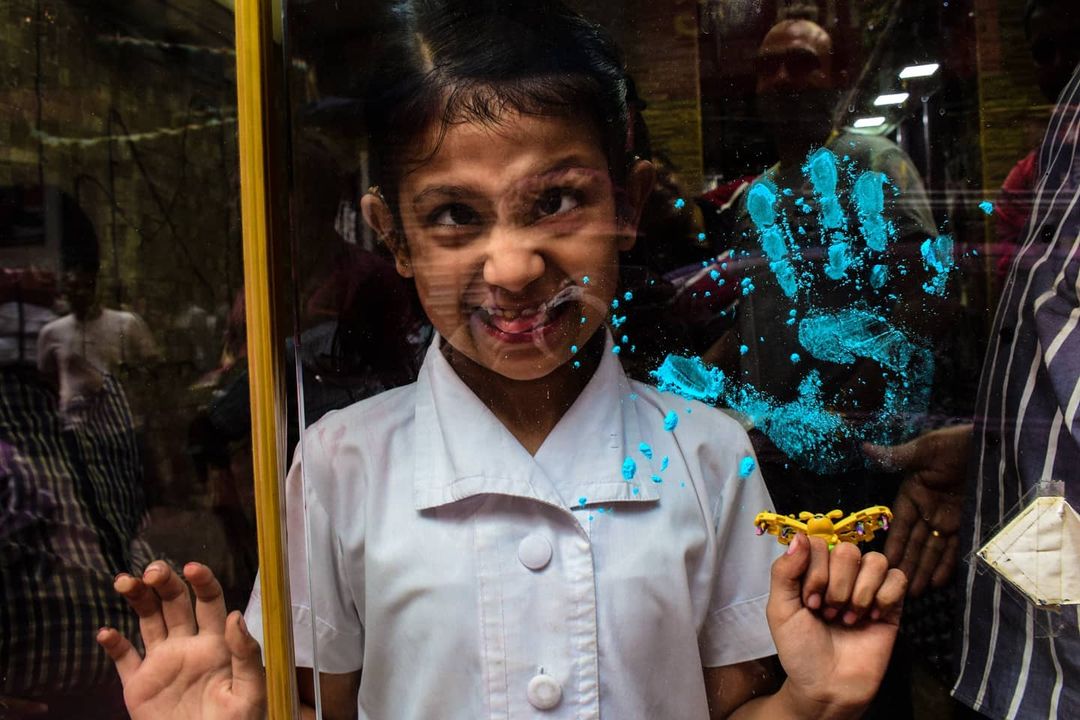 Historic Photos: A Journey Through Time
Canadian Photographer Shows Life In The Chernobyl Exclusion Zone Today
Inside the World of Men and Dolls
September 25: This Day in Photos from the Past
Photographer Ron Gile Snaps The Wild Beauty Of The Alaskan Ice Caves
"Hong Kong On Fire": Local Photographer Captured Stunning Images Of The Days In Fight For Civil Rights
"Polyester" by Alex Prager
Rihanna for Harper’s Bazaar US, August 2012
International Garden Photographer Of The Year Macro Art Winners
Texas Tech University’s Yearbook Featured Their Female Students As Playmates For 20 Years
This Artist Takes Magnificent Pictures Of LED Hula Hoop Over The Beautiful Landscapes
"To The Moon And Back": Breathtaking Manipulated Photos By Robert Jahns
These Photos Perfectly Capture The Beauty Of People With Albinism
Stunning Cosplay Photography By Natasha Firsakova
If You Take A Selfie Through A Toilet Roll Tube, You’ll Look Like The Moon
Photographer Audun Rikardsen Captures Magnificent Whales On The Arctic Side Of The World
Vintage Photos of Famous People With Their Minis From the 1960s and 1970s
The Sundance Film Festival: 11 Days at the Center of the Indie World
21-Year-Old Michelle Pfeiffer Photographed by Jim Britt, 1979
"Below Zero": French Photographer Christophe Jacrot Captures Russian City Of Norilsk Covered In A Snow Blizzard
Babies Who Ruined Their Parent’s Pinterest-Perfect Photoshoots
New York Over 35 Years Ago – 55 Color Snapshots Show The Most Populous City In The United States In 1980
The Guardian Readers' Travel Photography Competition: September 2016
Moody And Cinematic Urban Landscapes By Kevin Hufnagl
colorful, festival, holi, india