Banksy’s New Graffiti Appeared in Bristol, at The Beginning of A Street with One of The Steepest Climbs, Reaching 22 Degrees 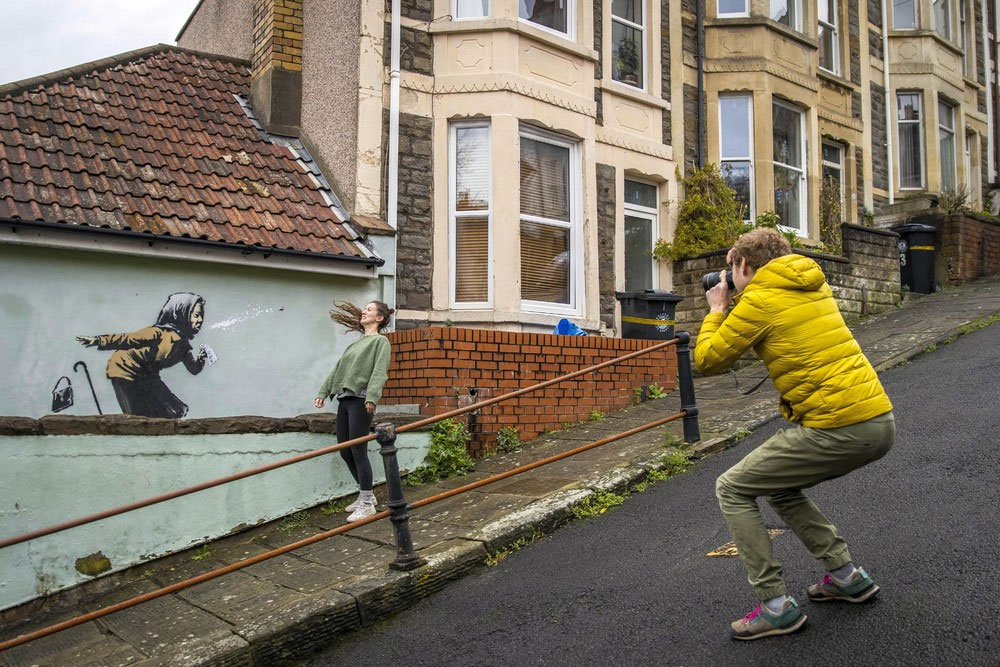 A potential Banksy has appeared on Vale Street in Bristol, United Kingdom on December 10, 2020. The elusive artist is from the city and is known for creating new works without anyone catching him in the act. 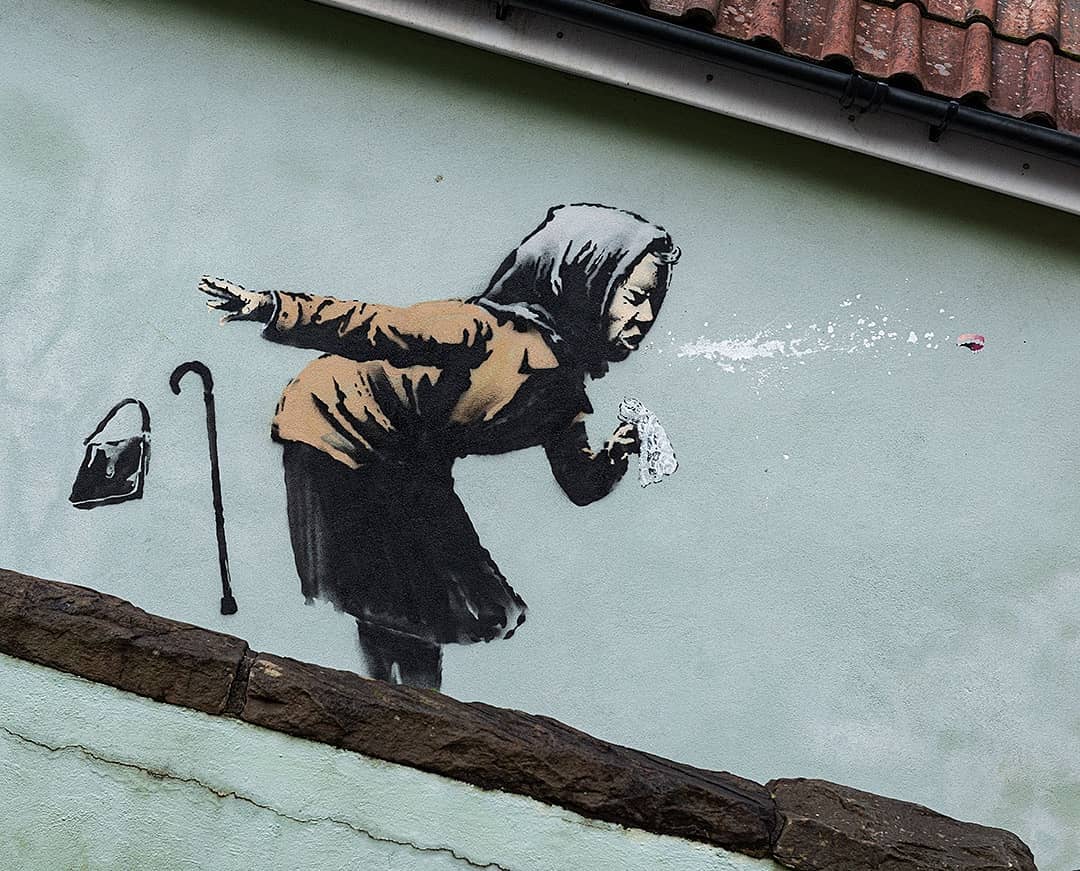 An image of an old woman sneezing without covering her mouth has been spotted on a wall in the Totterdown area – a possible nod to the current health crisis. Crowds are already gathering at the bottom of Vale Street – one of Britain’s steepest roads – to take pictures and discuss. 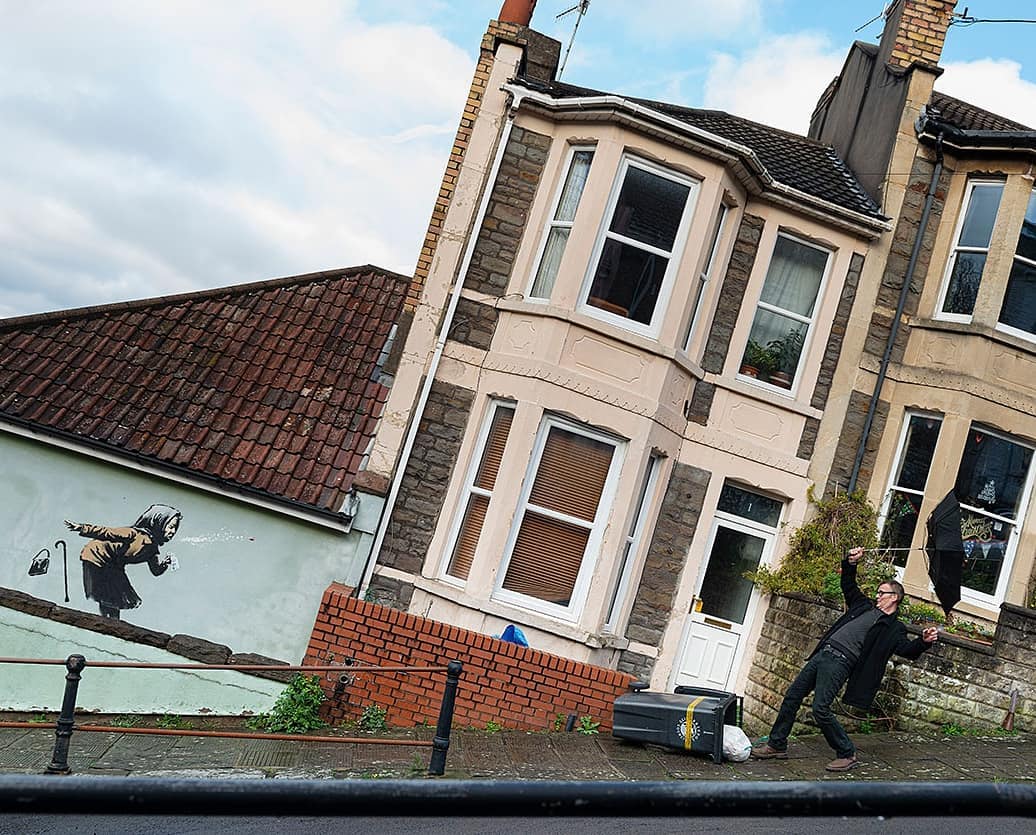 According to Sun: “Aileen Makin, who owns the house, was due to exchange contracts for the sale of the semi-detached Bristol home next week. But the family said yesterday they had pulled out of the sale after an art dealer valued the home at £5,000,000 since Banksy’s mural appeared. The average house price on the street is £300,000, according to Zoopla.” 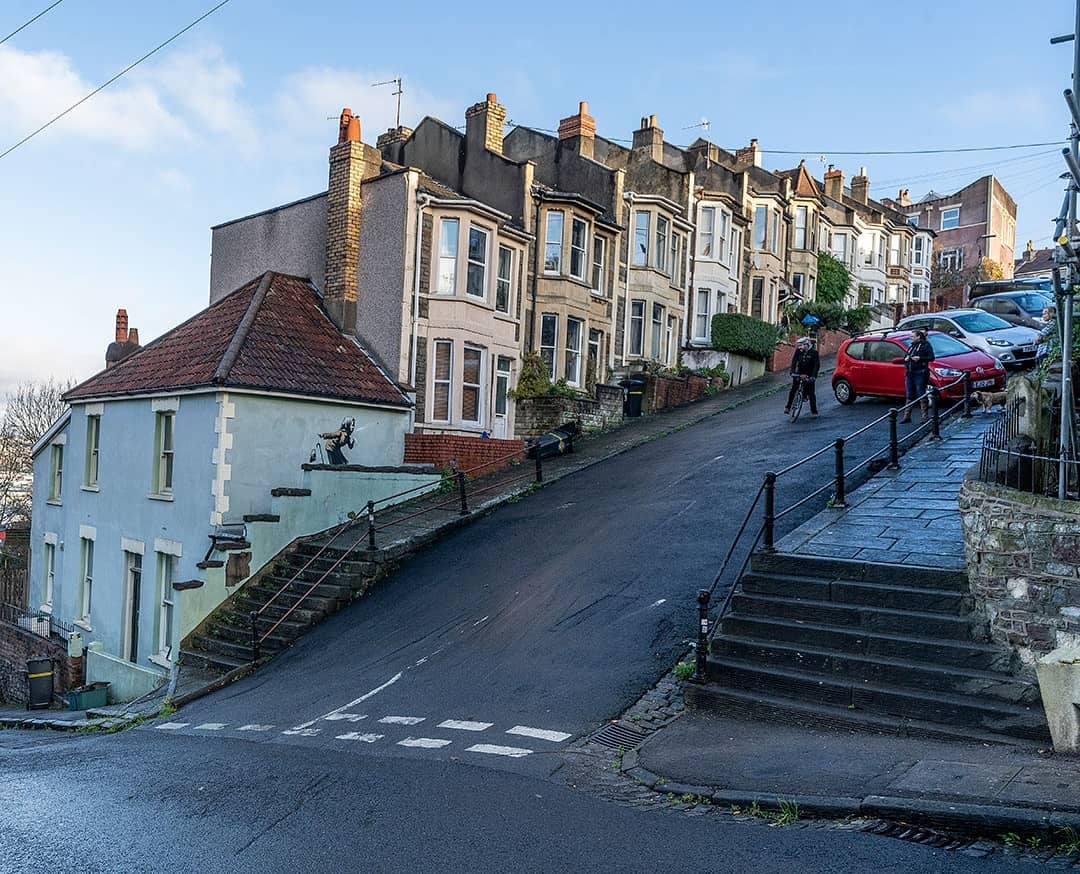 “Nicholas now claims the artwork – named “Aachoo!!” – is actually costing them money after the family installed an alarm system and perspex screen to protect it.”

Astonishing Nano Sculptures By Jonty Hurwitz
Chinese Teacher Has Some Serious Chalk Skills
Artist Creates Living, Breathing Paintings. This Is Anything But Normal.
When An Artist Turns Himself Into Superheroes Thanks To Body Painting
"Sorry, I'm Going to The Party": The Superb 3D Concept Artworks of Sascha Saez
Jess Ebsworth Wants Her Trippy Illustrations to “Transport You to Somewhere New and Exciting”
"Pixel Wave 2015" - An Interactive Projection Art Installation During The Singapore Night Festival
If You Are A Bunny Contemplating Suicide - This Is The Book For You
"Light & Shadow": Dreamy Illustrations By Lê Long
Artist Creates Modern Landscapes In His Unique Abstract Style
Banksy Creates New Pieces Inside The Syrian Refugiee Camp In Calais, France
Finnish Nightmares: An Irreverent Guide To Life's Awkward Moments
Digital Illustrations That Expose The Flaws Of Today’s Society By Alireza Pakdel
When Bacon Meets Skyrim
"The Shards of Triptych. Observable Universes": The Collection of Creative Visualization by Sergey Maslov
This is How Photoshop Artist Erik Johansson Creates His Mind-Bending Images
A Not-For-Children Children’s Book Based On Tragic Stories From Inner-City Youth
Grieving For The Lost Childhood: The Creepiest Graffiti Of Pripyat
45 Comics With Twisted Endings For People With A Dark Sense Of Humor
I'mma Get Superhero Drunk: Avengers Themed Cocktails
Artist Makes Soft and Syrupy Typography Visuals that Flow and Mutate
Designer James Fridman Continues To Troll People With Hilariously Photoshopped Images
"Surreal Quarantine 2020-2021": A Selection of Work Performed at Home During Quarantine by Martín De Pasquale
Digital Artist Creates Thought-Provoking Illustrations That May Make You Look At Things Differently
"The Way We Fall": Eerie Illustrations Of An Apocalyptical World By Yuri Shwedoff
Creative photos by shmilebliK
NASA Just Released Travel Posters For Our New Sister Solar System, And They're Cool As Hell
Amazing Bike Made of Ice
Honest Illustration Of The Contradictory Nature Of People And Society By Sako Asko
This Artist Created 5 Maps That Highlight How The World Is Connected
banksy, bristol, streetart