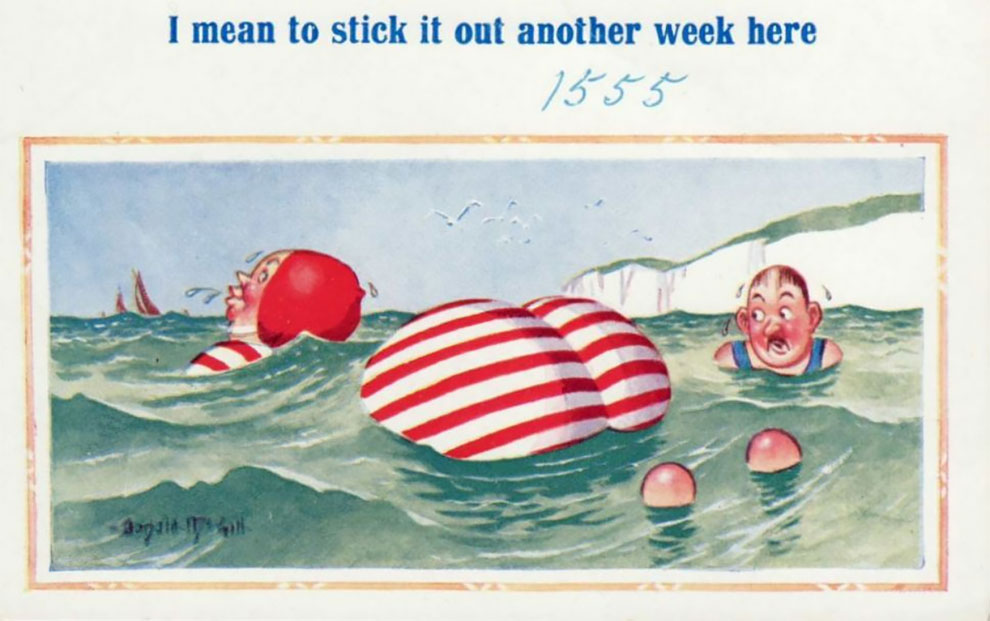 Donald McGill (January 28, 1875 – October 13, 1962) was an English graphic artist whose name has become synonymous with the genre of saucy postcards, particularly associated with the seaside (though they were sold throughout the UK).

The cards mostly feature an array of attractive young women, fat old ladies, drunken middle-aged men, honeymoon couples and vicars. He has been called “the king of the saucy postcard,” and his work is collected and appreciated for his artistic skill, its power of social observation and earthy sense of humor. Even at the height of his fame he only earned three guineas a design, but today his original artwork can fetch thousands of pounds. 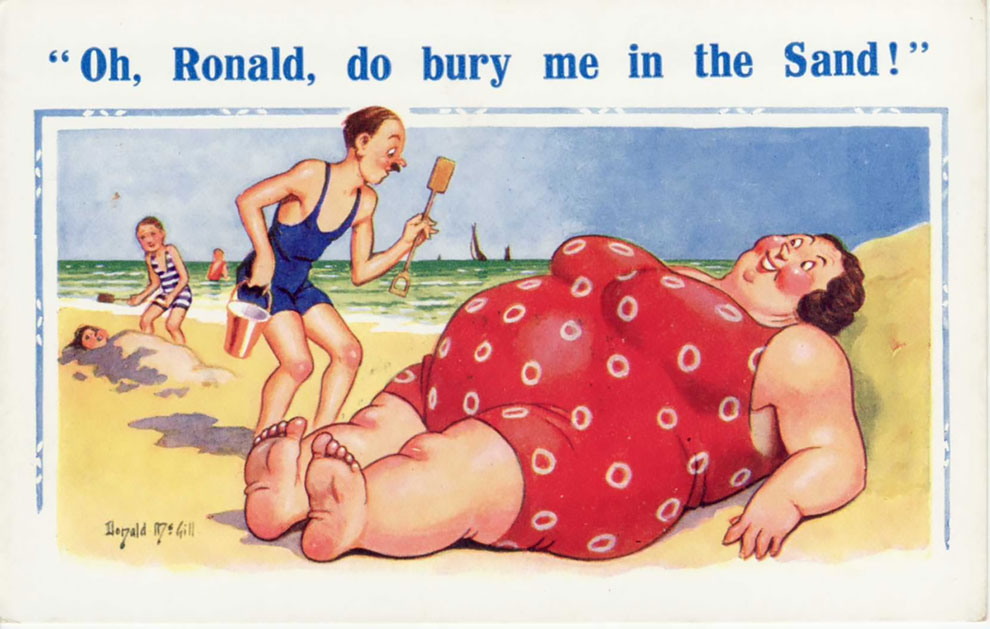 McGill spent virtually the whole of his career creating the distinctive color-washed drawings which were then reproduced as postcards. He ranked his output according to their vulgarity as mild, medium and strong, with strong being much the best sellers. His family, however, was steadfastly respectable. He said of his two daughters, “They ran like stags whenever they passed a comic postcard shop.” 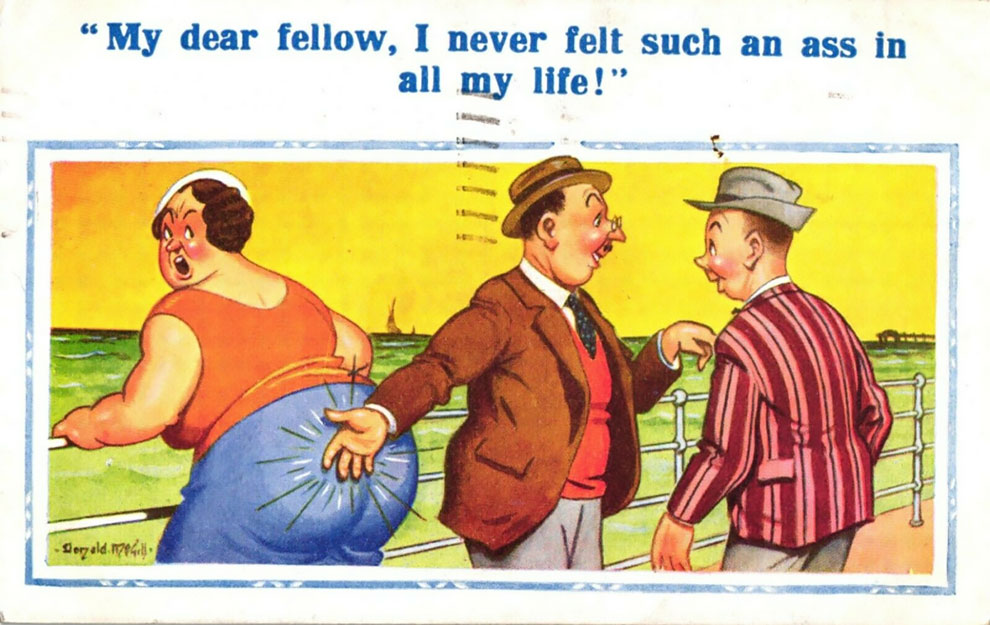 During the First World War he produced anti-German propaganda in the form of humorous postcards. They reflected on the war from the opinion, as he saw it, of the men serving, and the realities facing their families at home. Cards dealing with the so-called “home front” covered issues such as rationing, home service, war profiteers, spy scares and interned aliens. Recruitment and “slackers” were other topics covered. 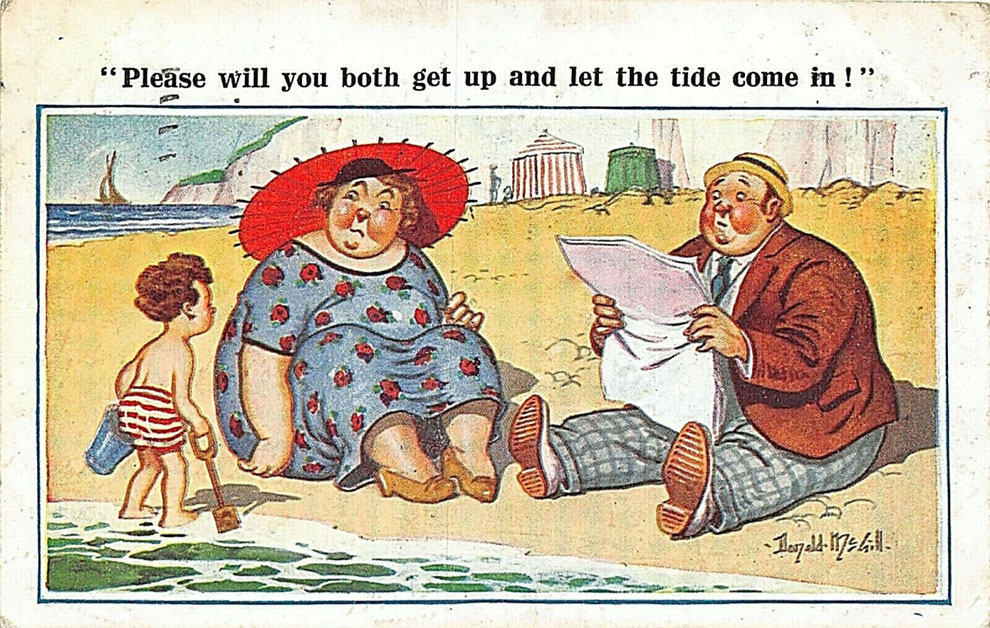 In 1941, author George Orwell wrote an essay on McGill’s work entitled “The Art of Donald McGill”. Orwell concluded that in spite of the vulgarity and the low artistic merits of the cards, he would be sorry to see them go. 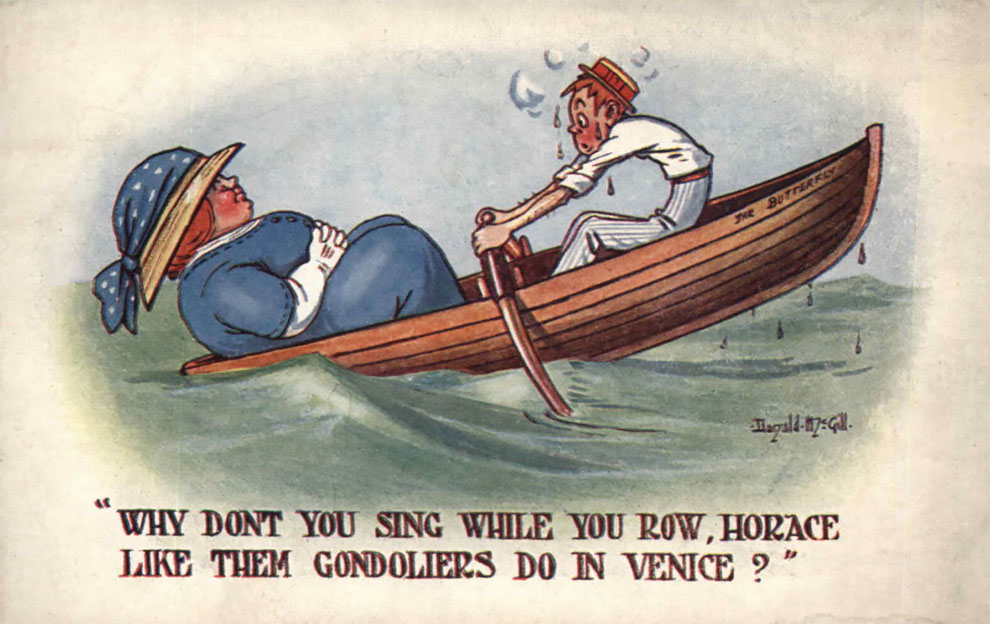 Approaching 80, McGill fell foul of several local censorship committees, which culminated in a major trial in Lincoln on July 15, 1954 for breaking the Obscene Publications Act 1857. He was found guilty and fined £50 with £25 costs. The wider result was a devastating blow to the saucy postcard industry; many postcards were destroyed as a result, and retailers cancelled orders. Several of the smaller companies were made bankrupt, as they had traded on very small margins. 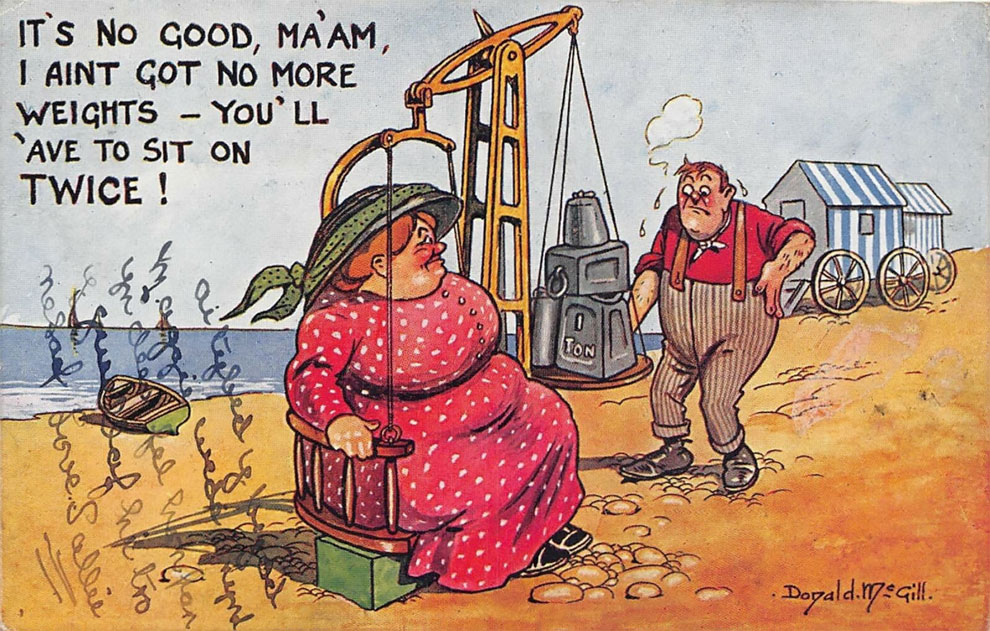 In the late 1950s, the level of censorship eased off and the market recovered. In 1957, McGill gave evidence before a House of Commons select committee set up to amend the 1857 Act. 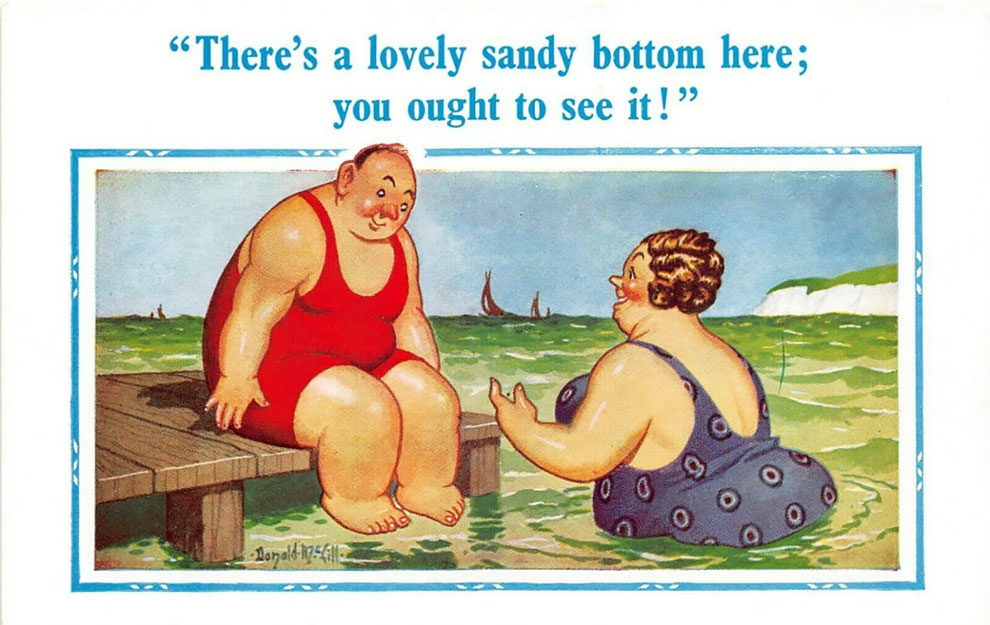 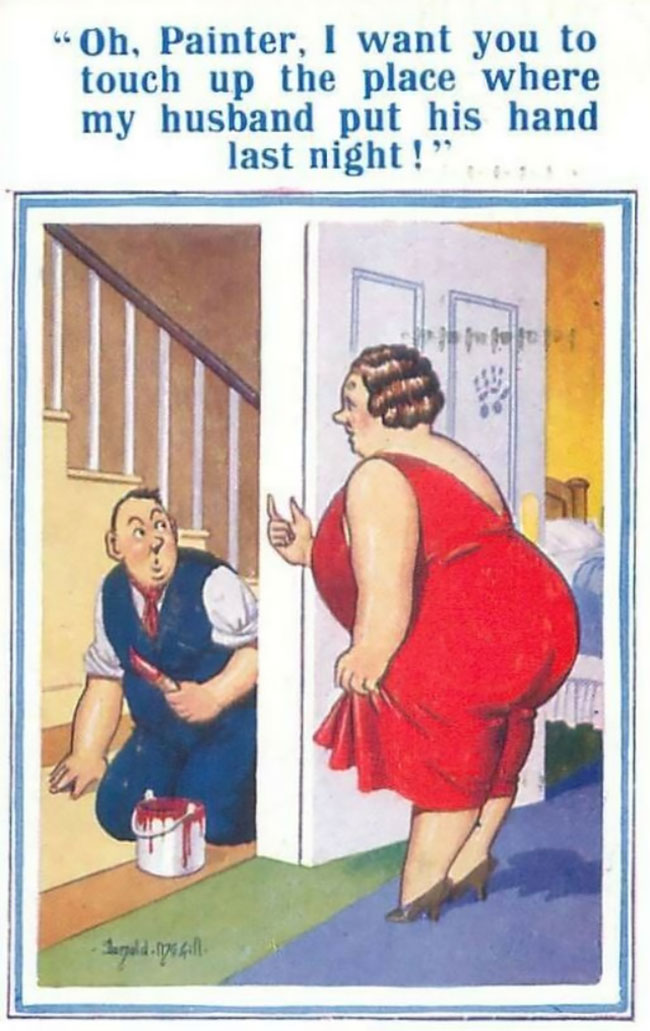 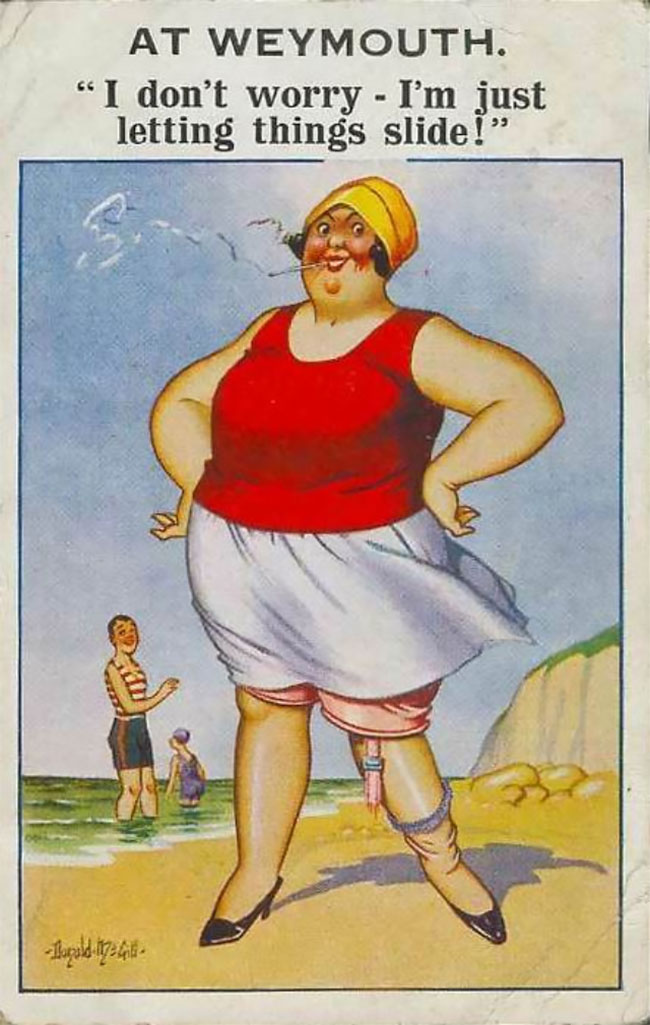 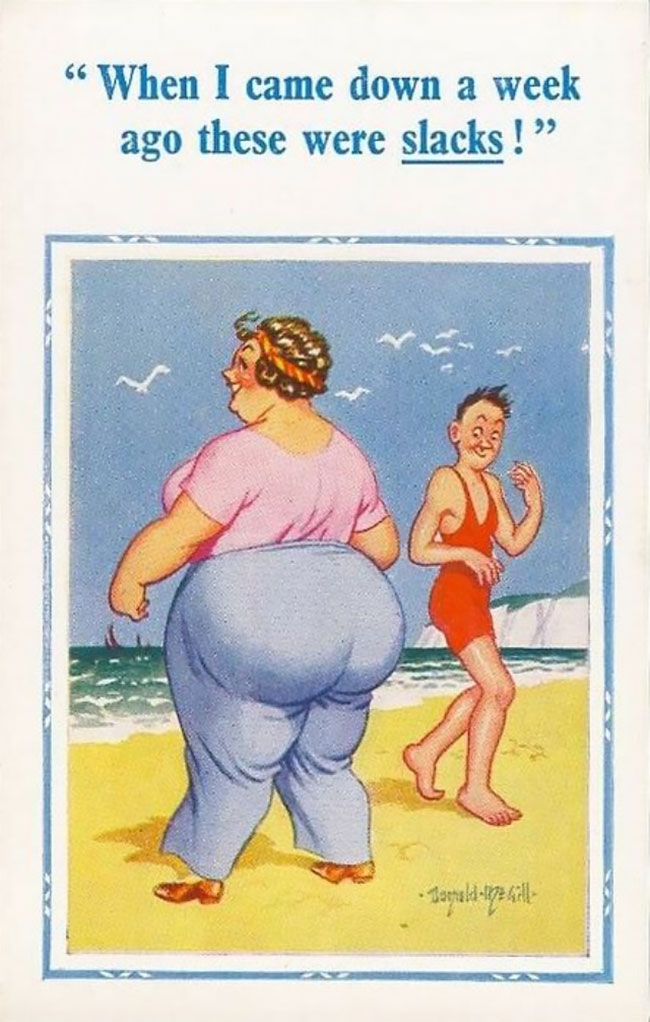 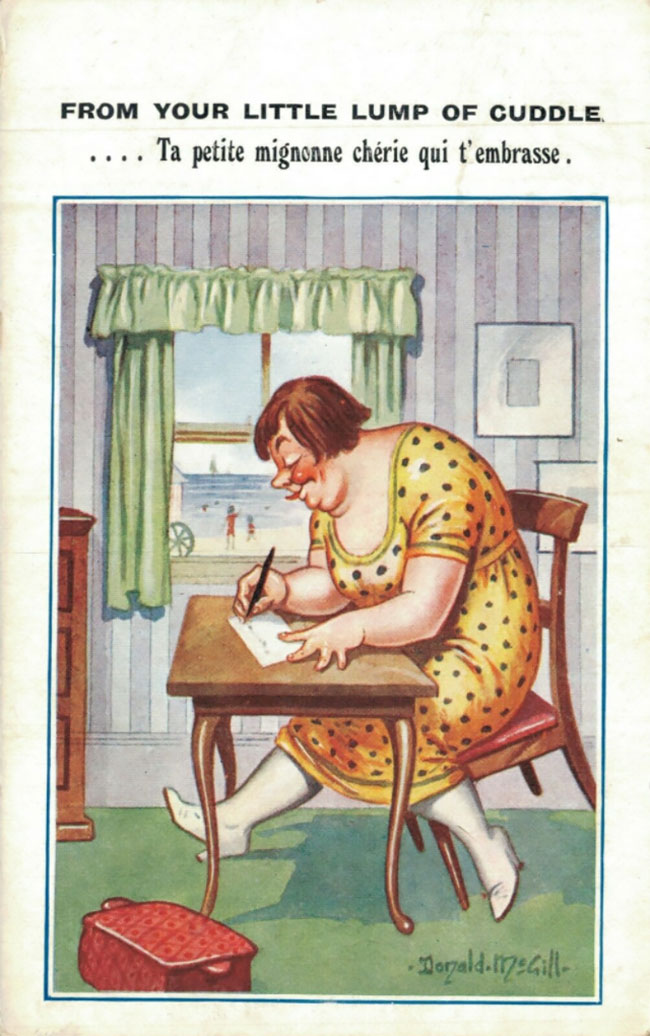 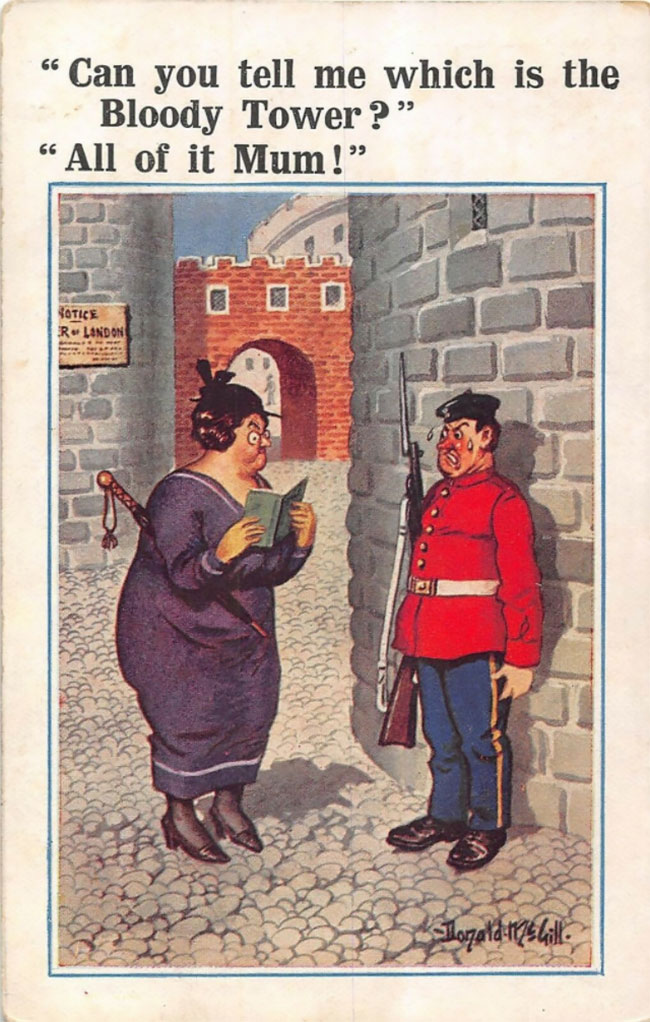 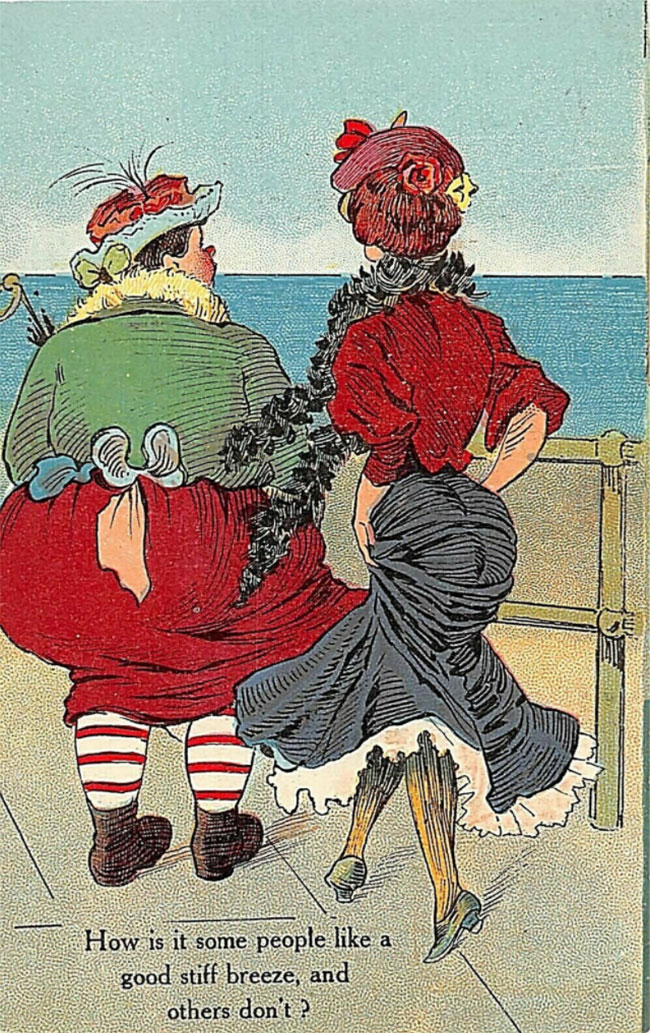 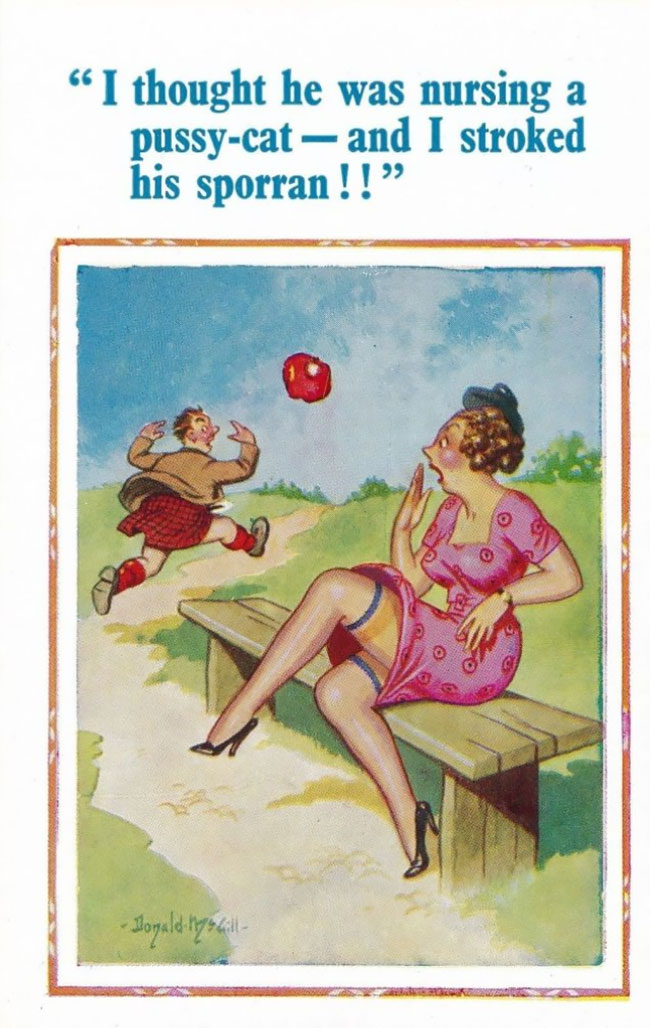 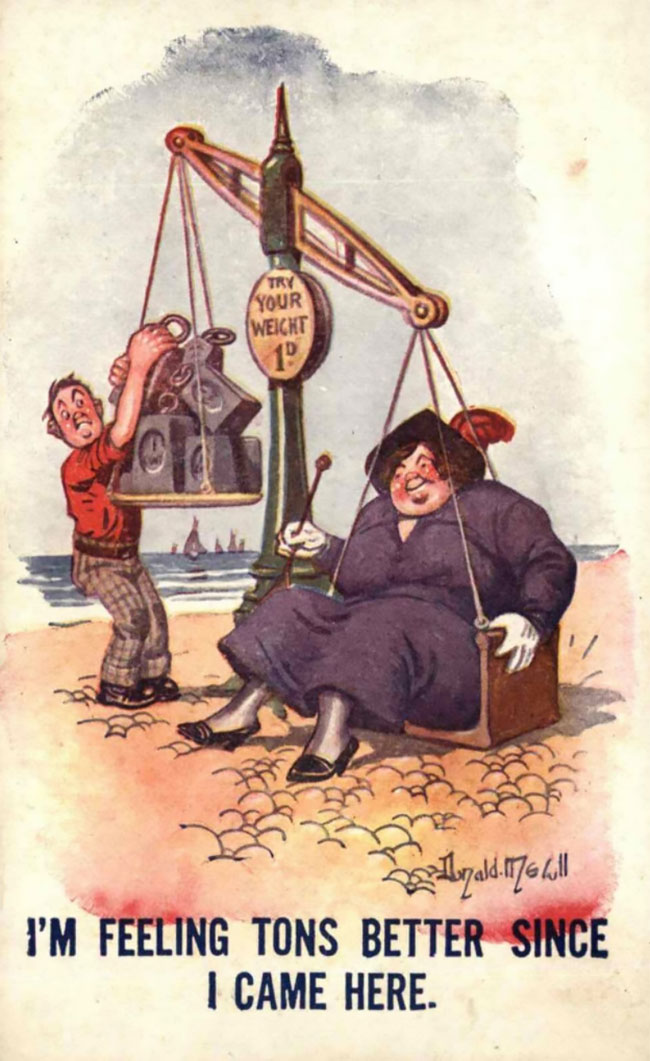 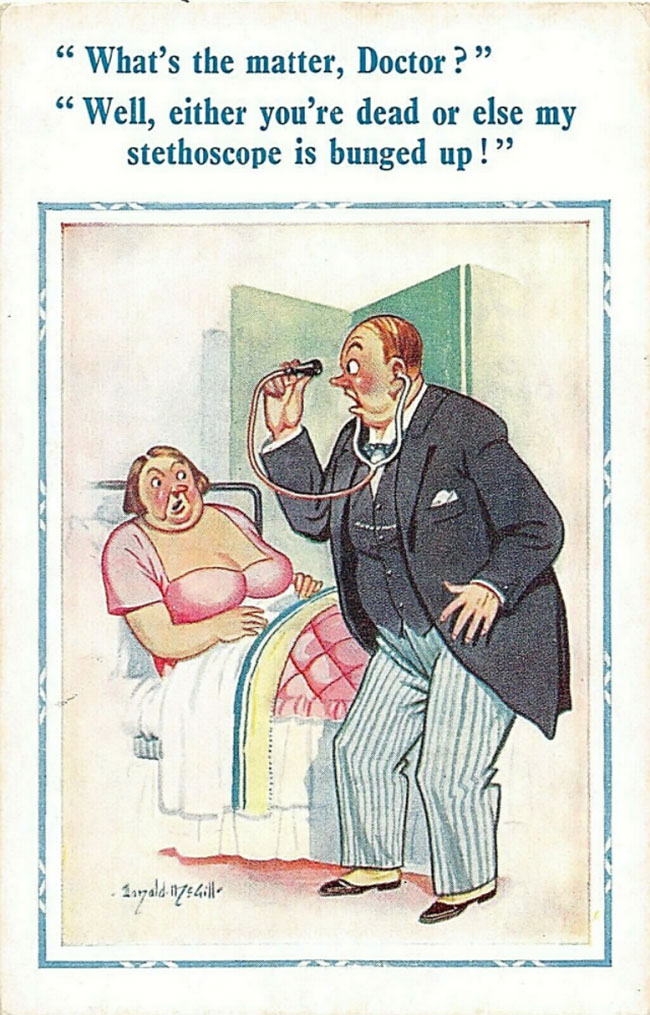 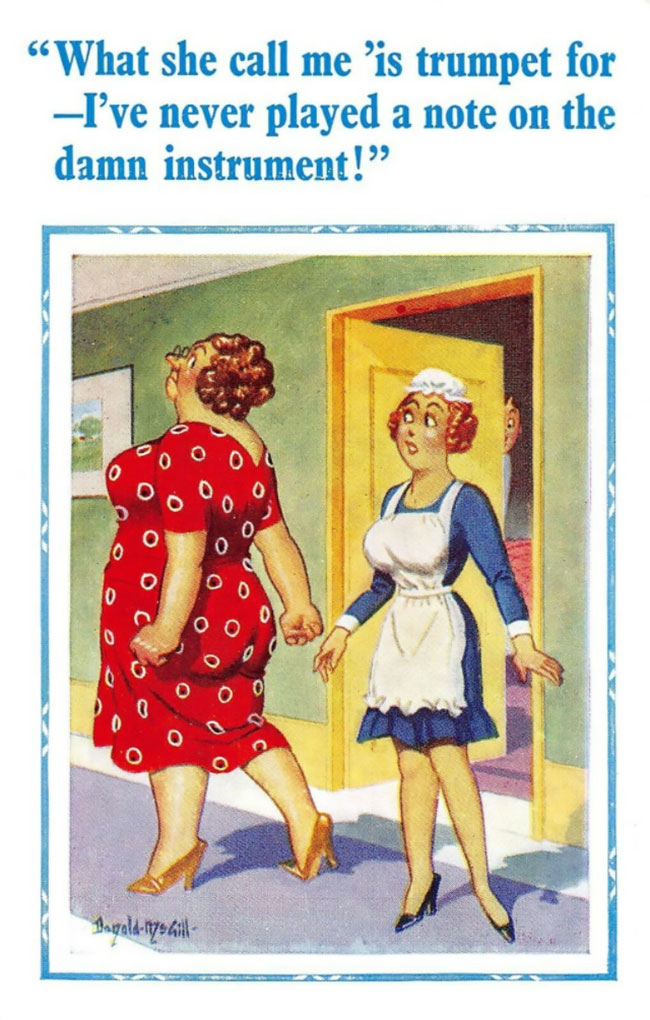 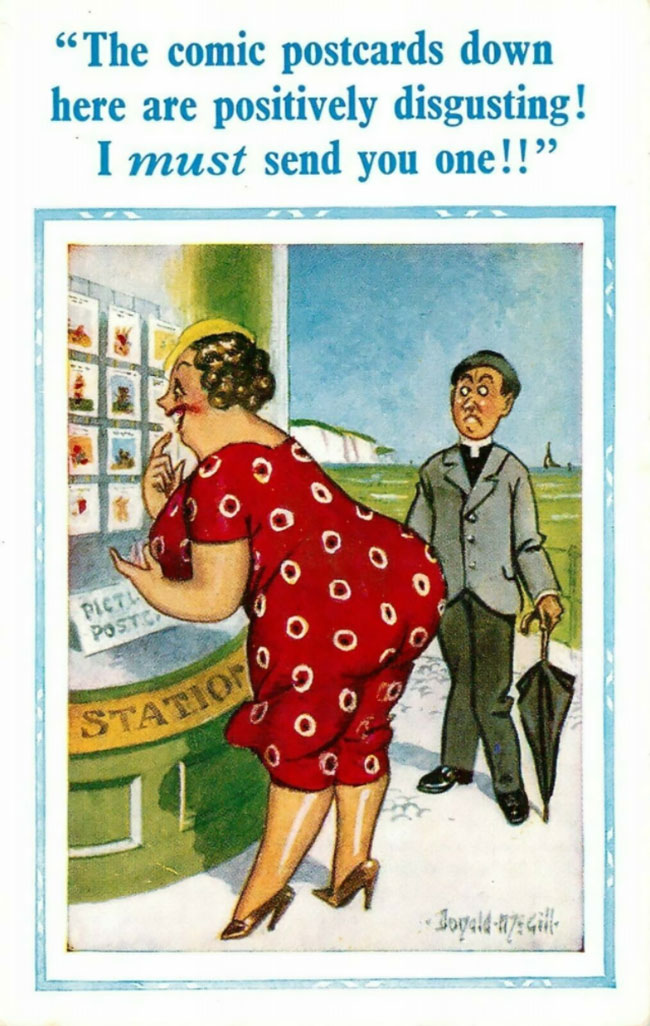 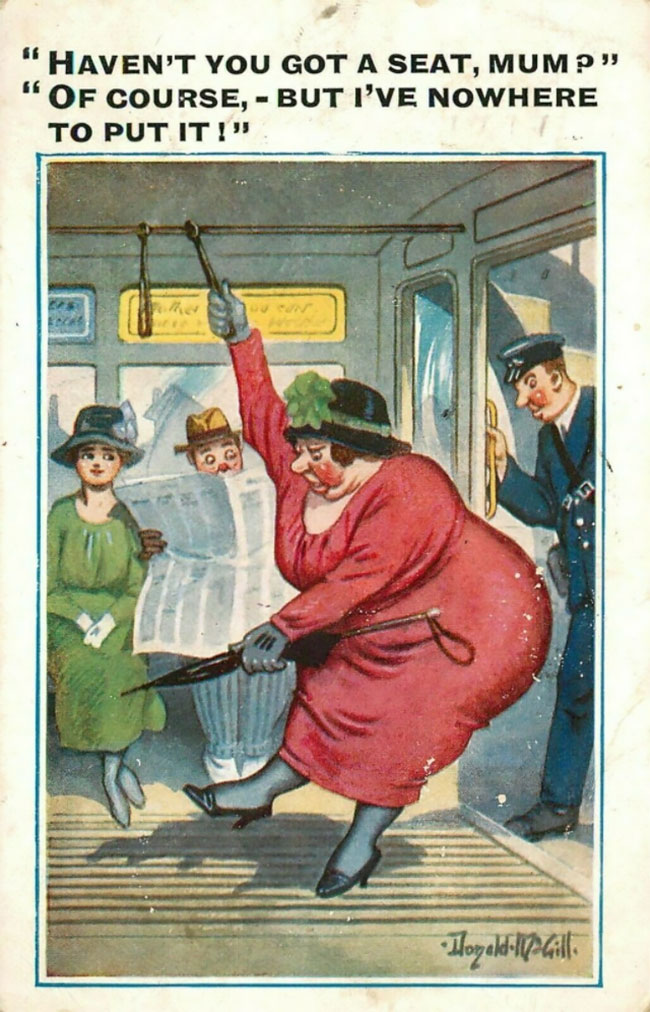 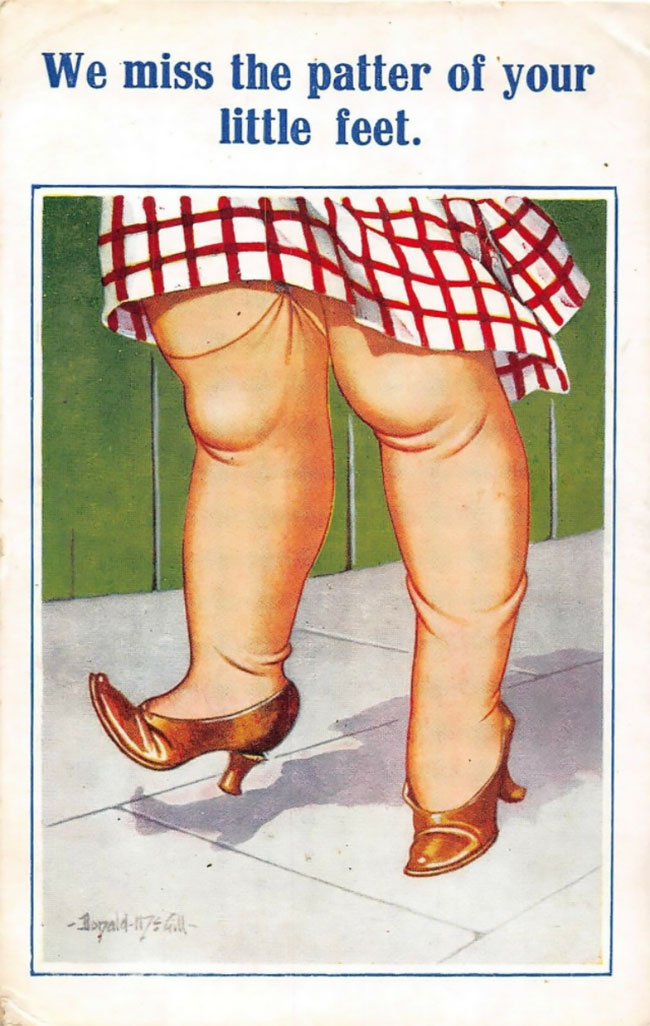 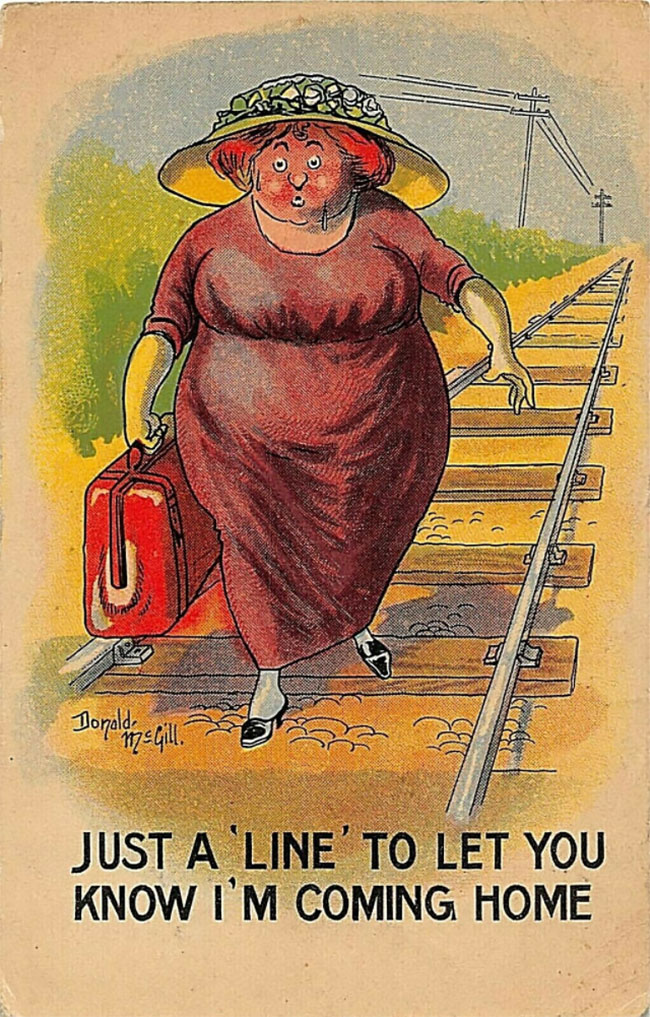 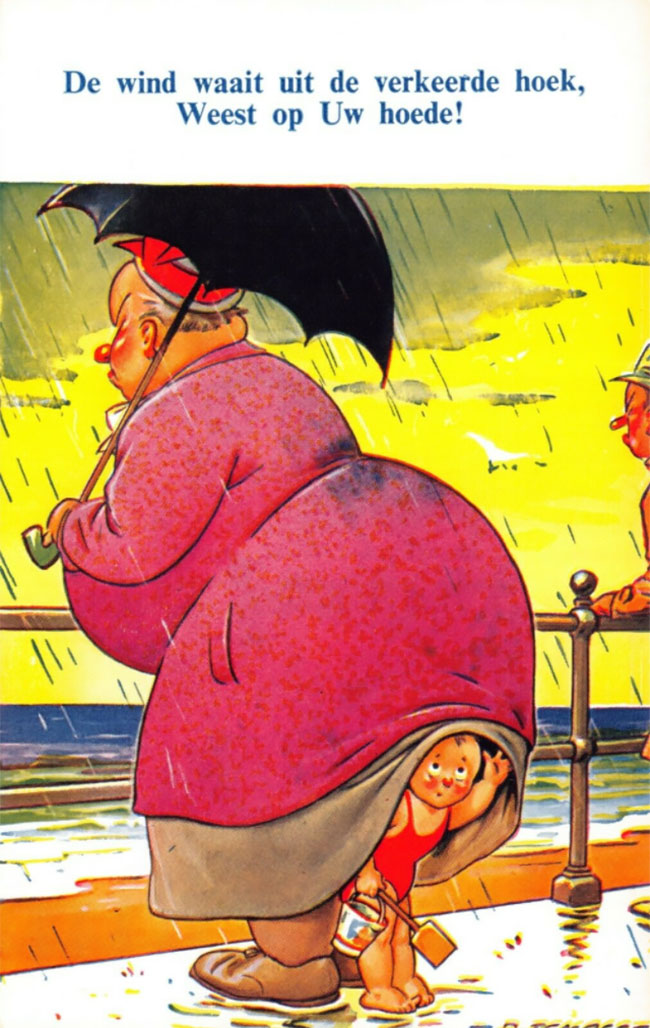 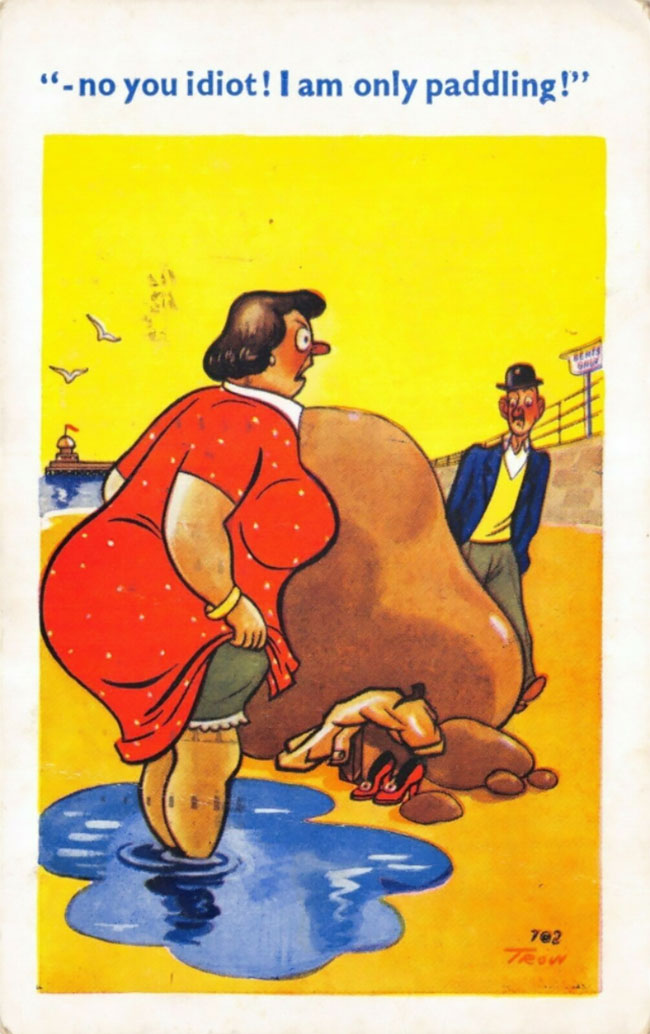 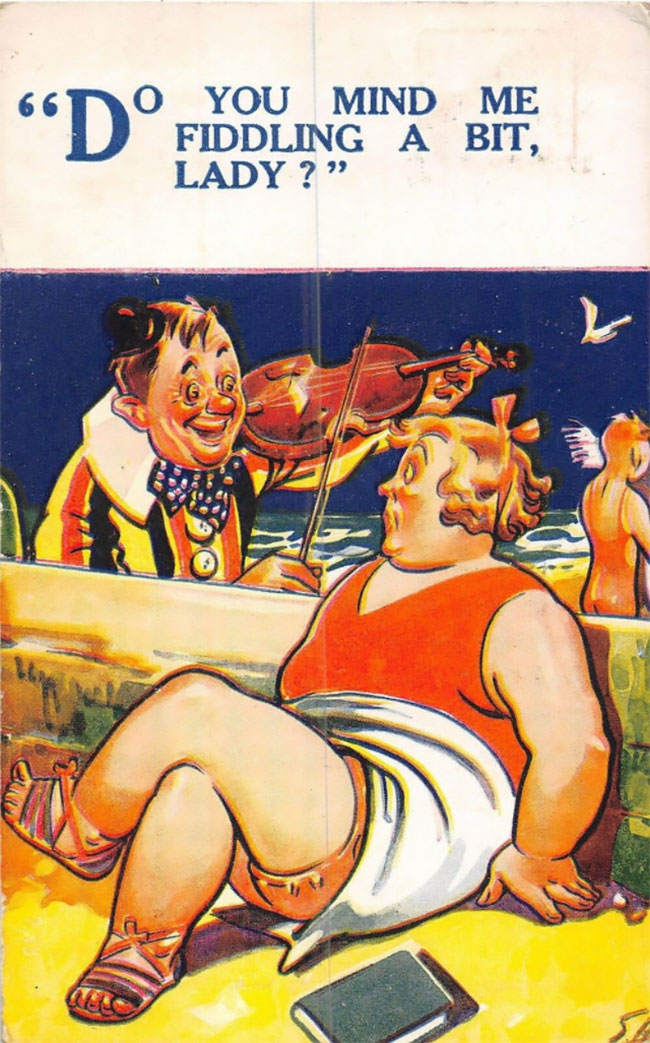 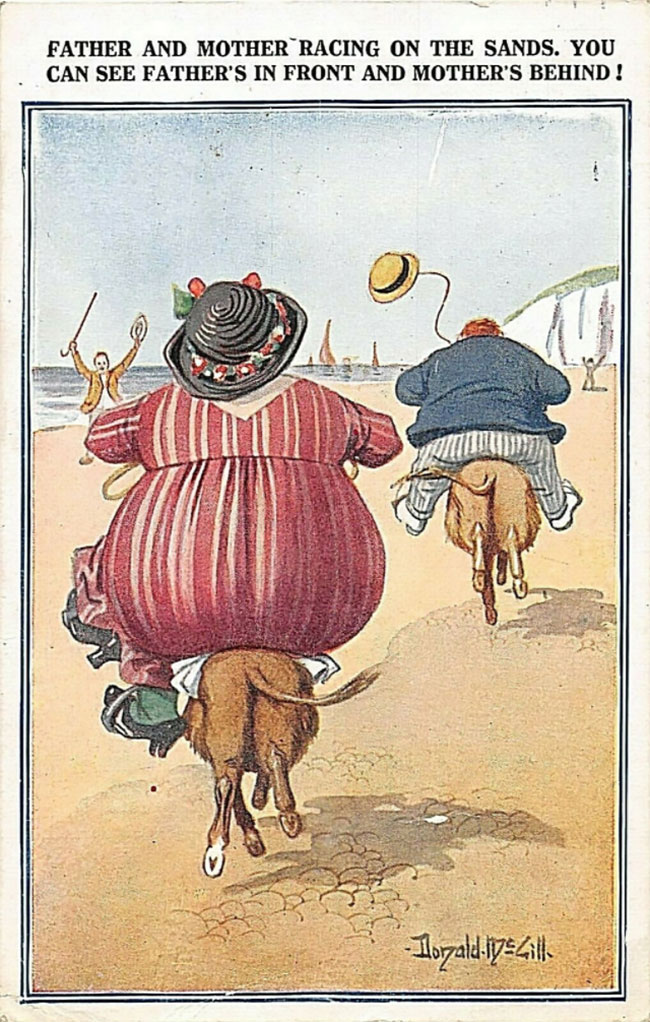 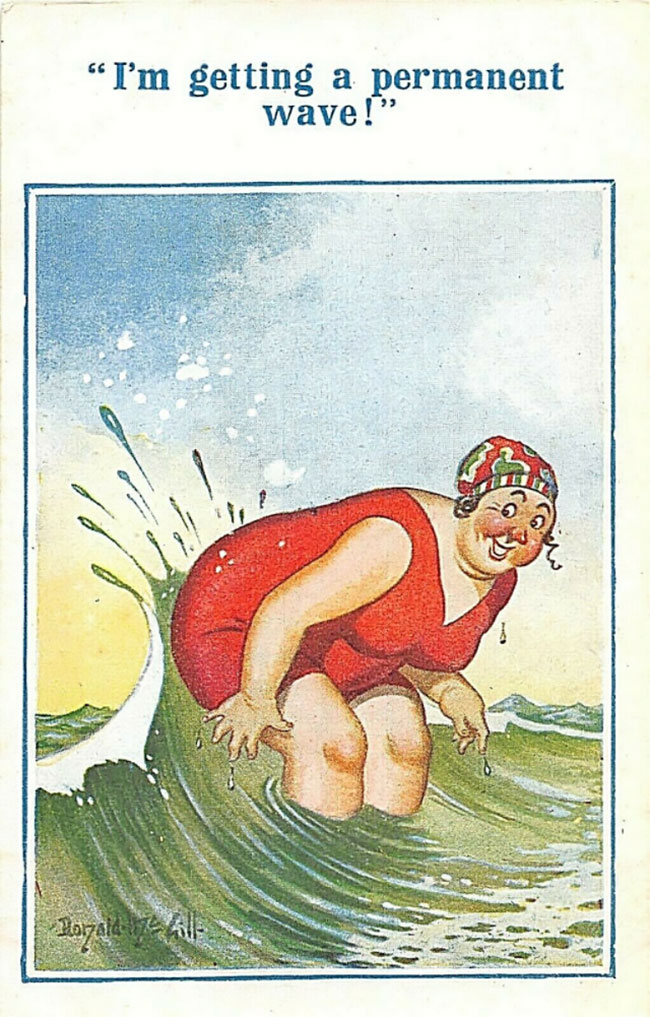 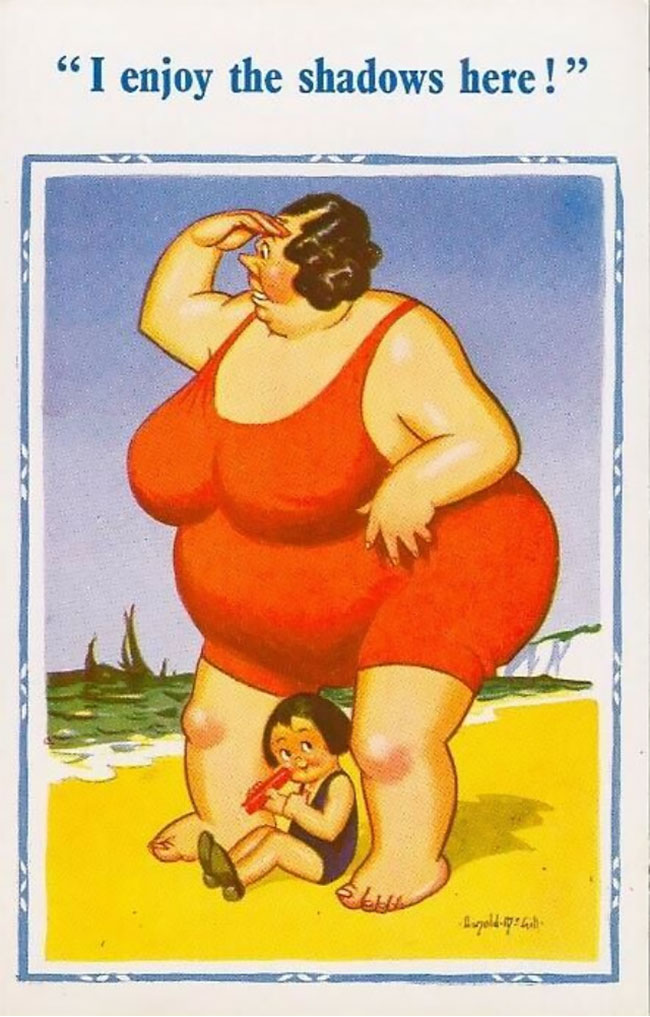 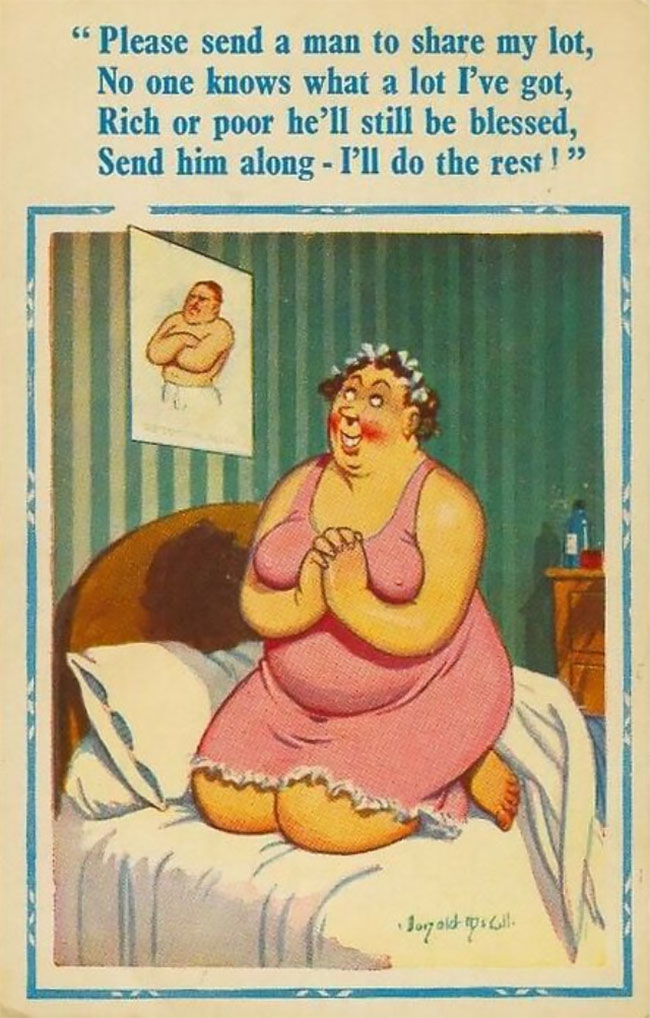 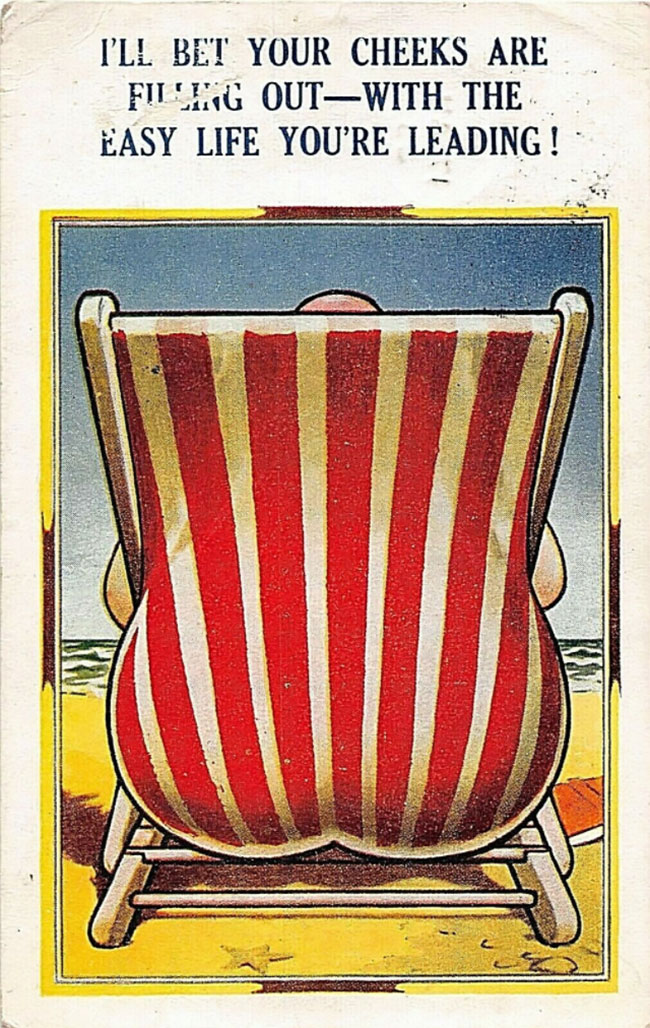 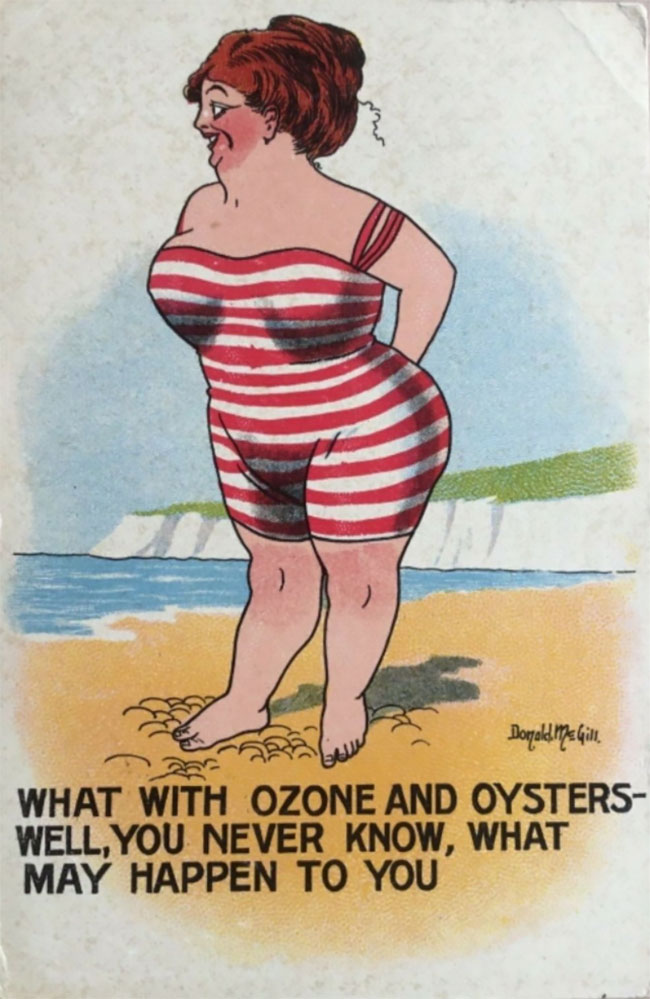