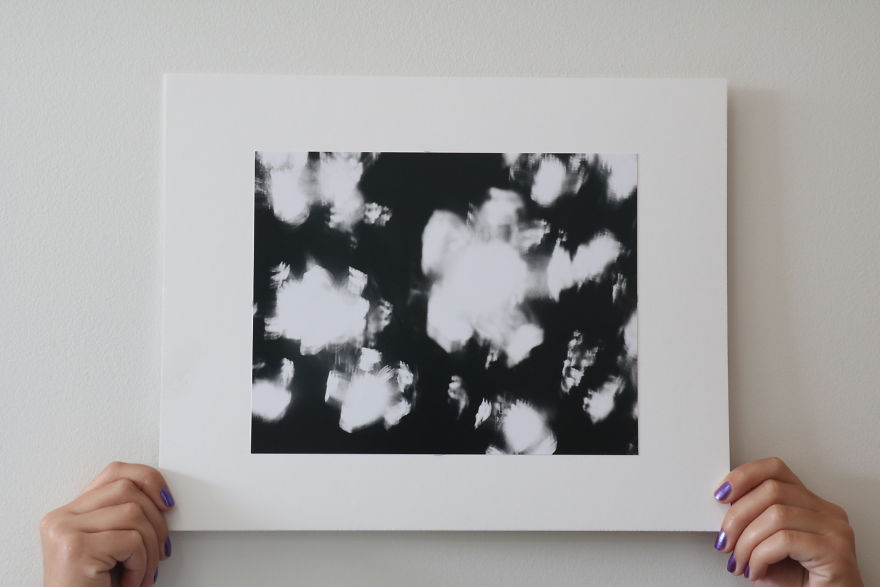 According to Bored Panda community member named ‘hi’: “Using 35mm black and white film, I wanted to explore the relationship between painting and photography through the use of light. Inspired by the impressionism movement, I aimed to create photographs that would look more like paintings than images, and make the viewer question what they are actually looking at.” 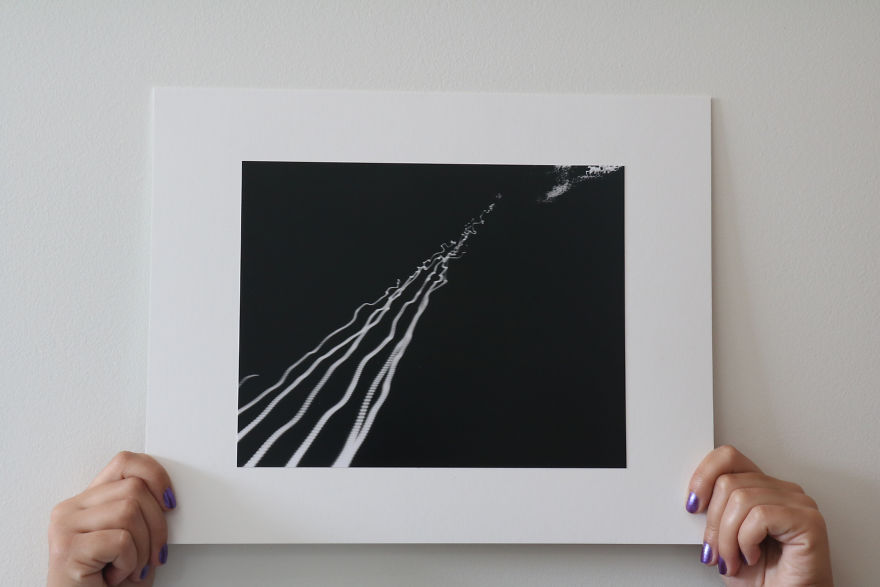 “Artists of the impressionism movement were interested in trying to capture the changing effects of light on landscapes by careful analysis. They began to create shadows for color by mixing pure hues that were broken up with strokes of the opposite color. With this in mind, I wanted the maximum amount of contrast available between the two opposing colors–black and white. Besides an emphasis on light, impressionism is often also categorized by its open compositions, unusual visual angles, and ordinary subject matter.” 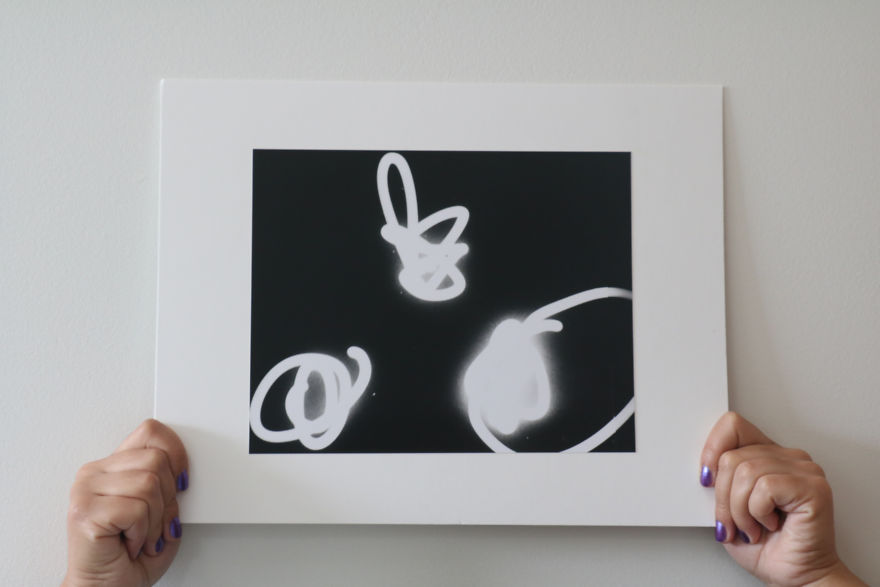 “My photos, 8×10 prints mounted on 11×14 board, were taken in dark atmospheres in order to focus on the contrast between the dark and the light source. I used long exposure times to create moment that would be reminiscent of the visible brushstrokes in impressionist paintings.” 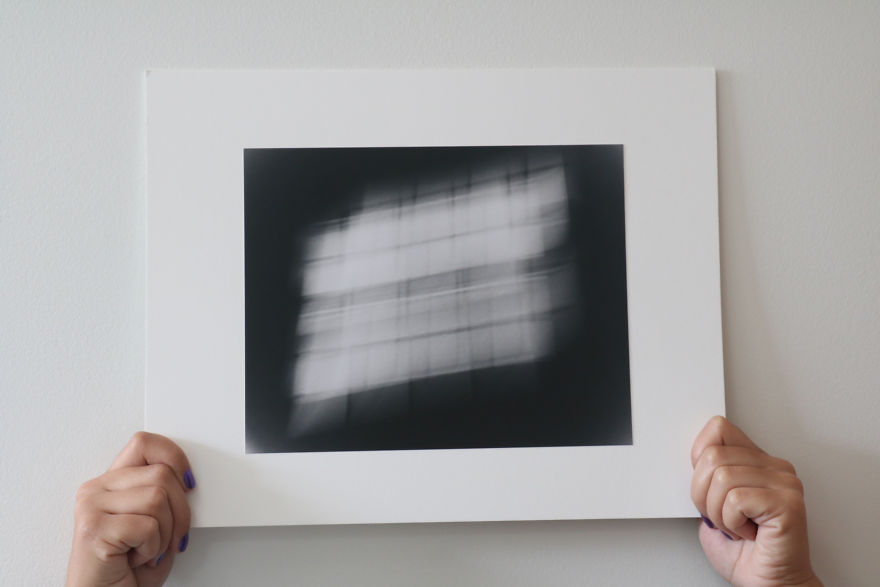 “By choosing lights such as lava lamps, street lights, lighters, and uniquely shaped lamps, I wanted to demonstrate that photography can turn ordinary things into a work of art, just like the impressionism movement.”

Light Through Rain on Windshield 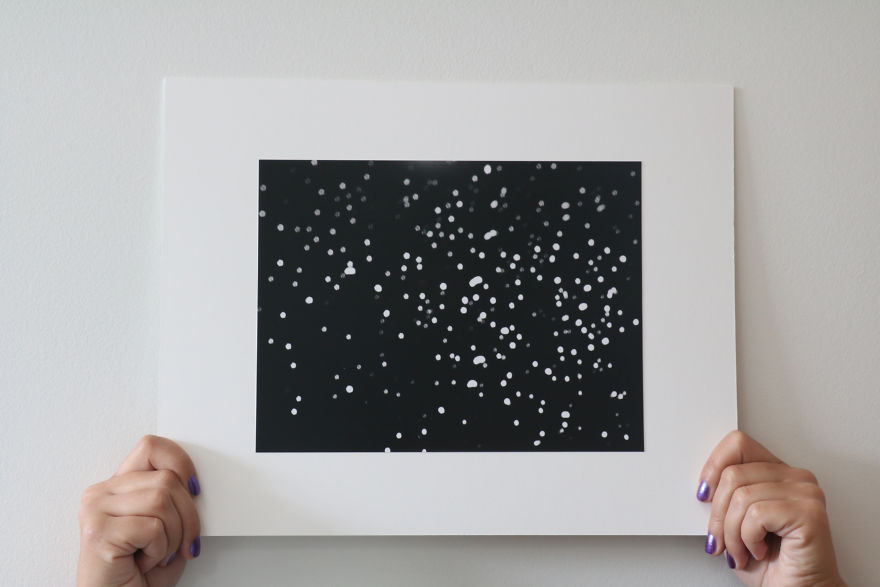 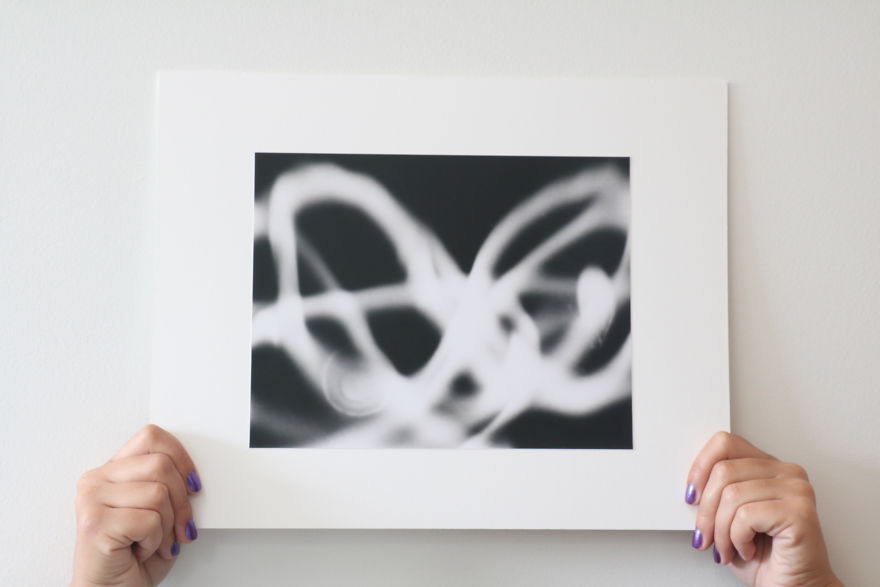 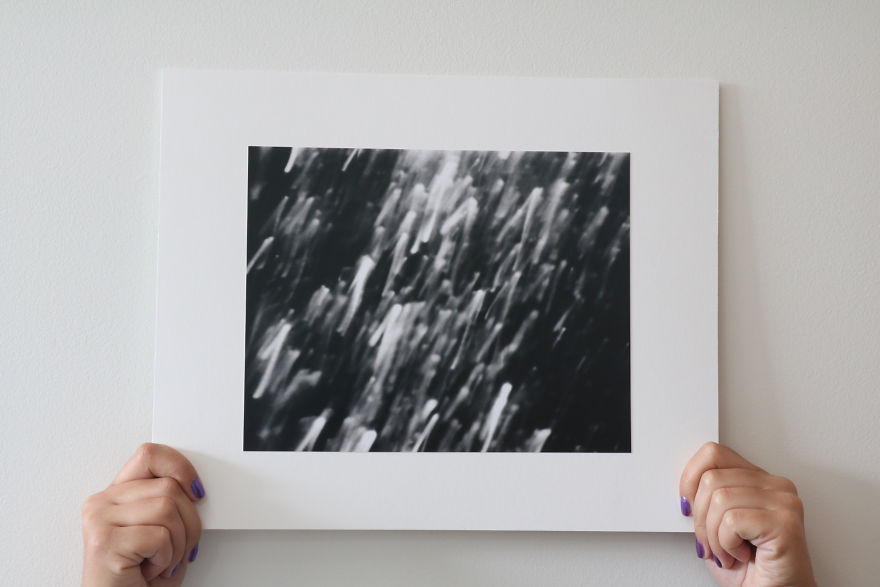 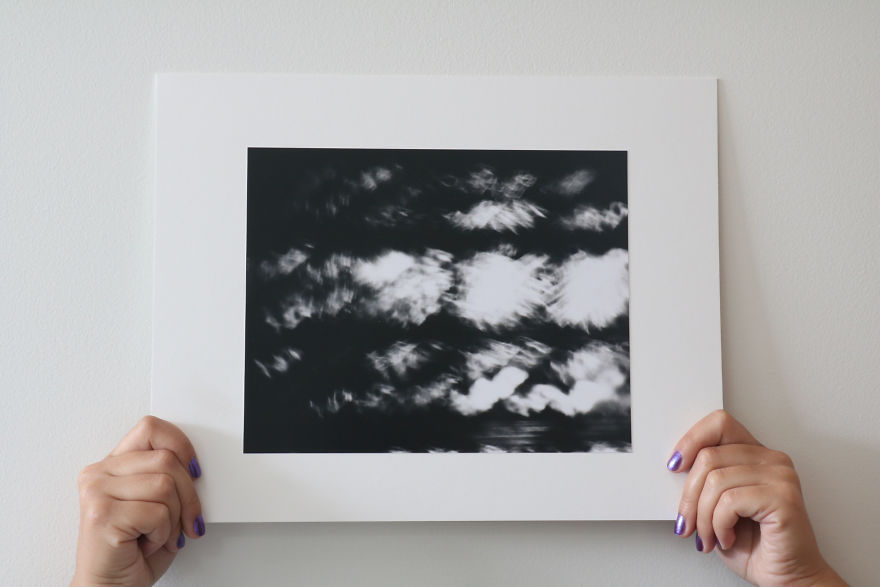 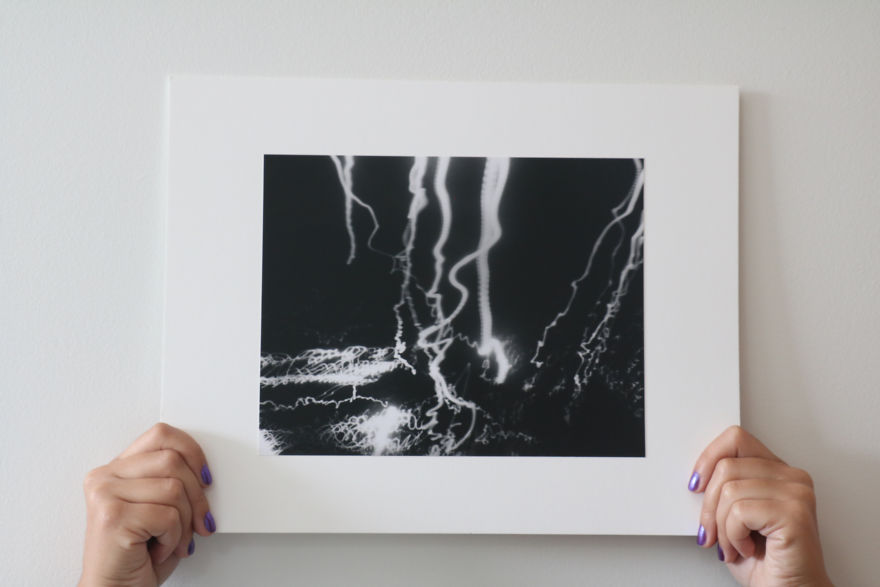 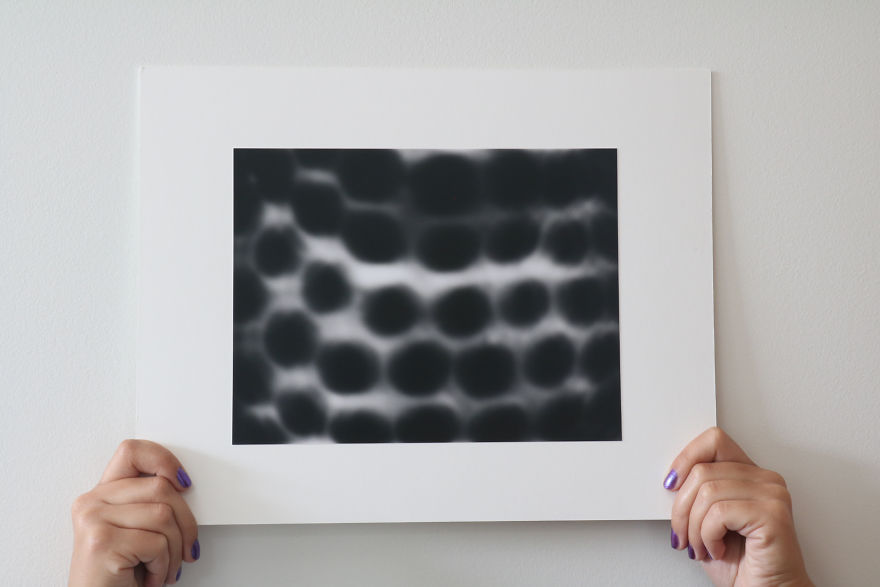