Images from She, an exhibition by the California-based French photographer that features a series of mysterious photographs of two sets of sisters. 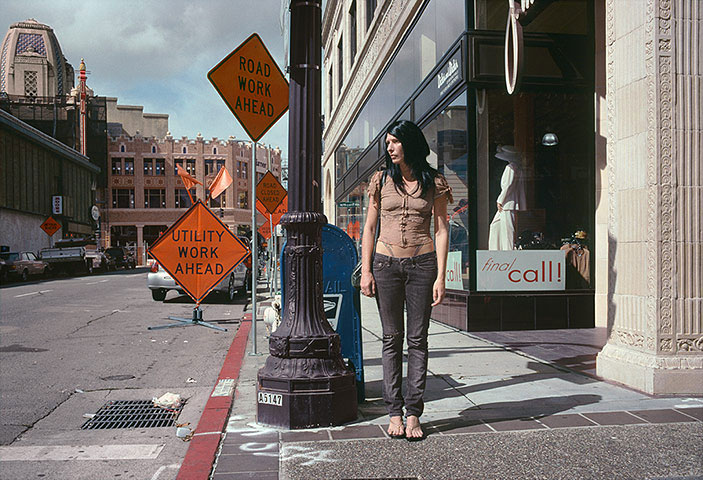 ‘Set in a rundown area of Oakland, California, She features two middle-aged women, Christine and Gina, in its small cast. They are sisters, as are the younger Sloane and Sasha, Christine’s daughters. In the exhibition’s press release, Sarfati writes “I like doubles, like mothers and daughters, or sisters or reflections. This represents my research into women’s identities … I am interested in fixing that instability”‘ 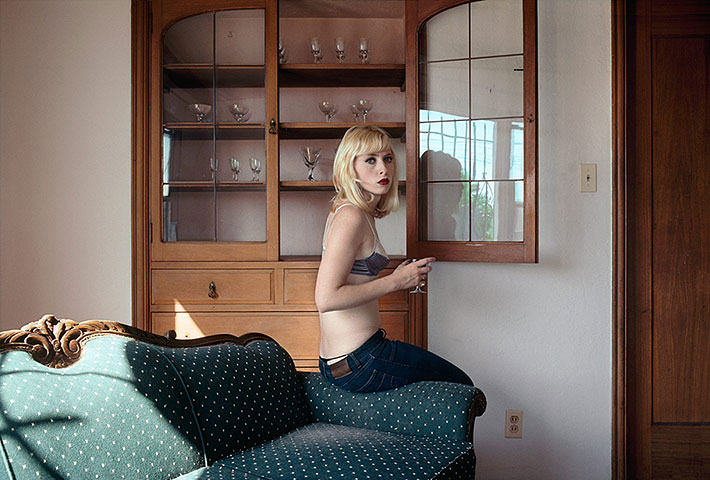 ‘Of the four subjects’, says O’Hagan, ‘Sloane is the most traditionally photogenic, and the one whose portraits most resemble film stills. One could easily imagine her haunting a David Lynch movie in the manner of Patricia Arquette in Lost Highway’ 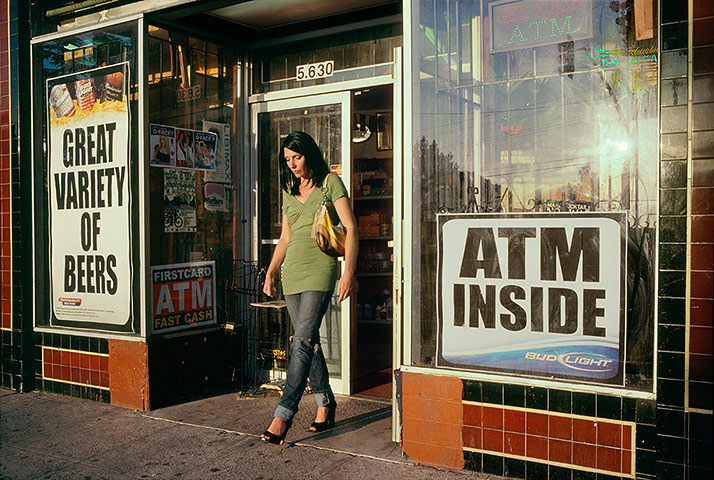 ‘All four women live tough lives in a marginalised area of Oakland where poverty and struggle is the norm, but, again, this is suggested rather than spelt out’ 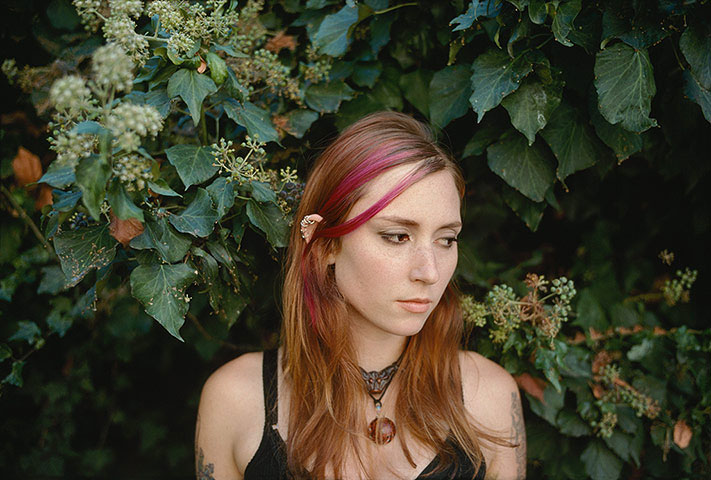 ‘Sacha, appears only twice, and seems the most ill at ease with Sarfati’s camera and her opaque motives. Sarfati has said that all the women, in their different ways, were difficult to photograph because they remained constantly suspicious of the camera’s gaze, as well they might’ 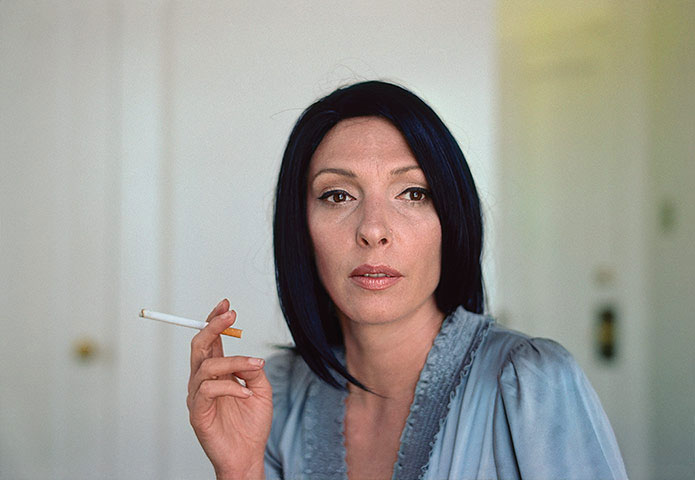 ‘Gina, like Sloane, can look like a different person from one portrait to the next, and her sexual identity, too, seems fluid’ 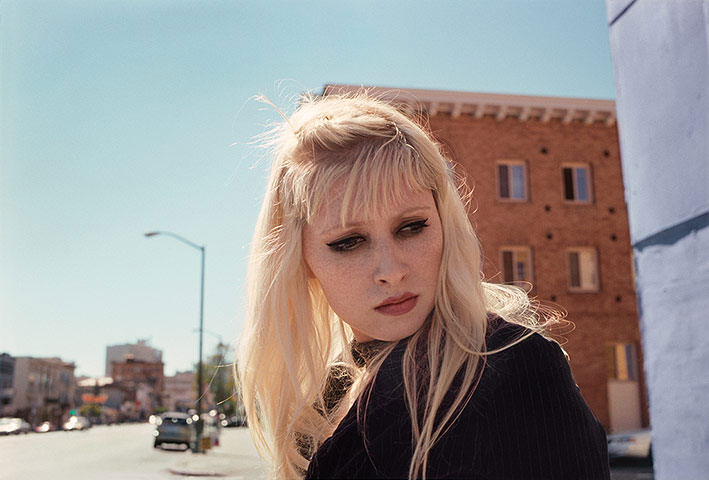 ‘The photographs are given an extra layer of unrealness by Sarfati’s use of Kodachrome slide film, which is more synonymous with family snapshots from the 1960s and 1970s. There are echoes of William Eggleston’s early colour images in some of her landscapes, but her work is all her own in its evocation of a certain kind of suspended, and insular, reality’ 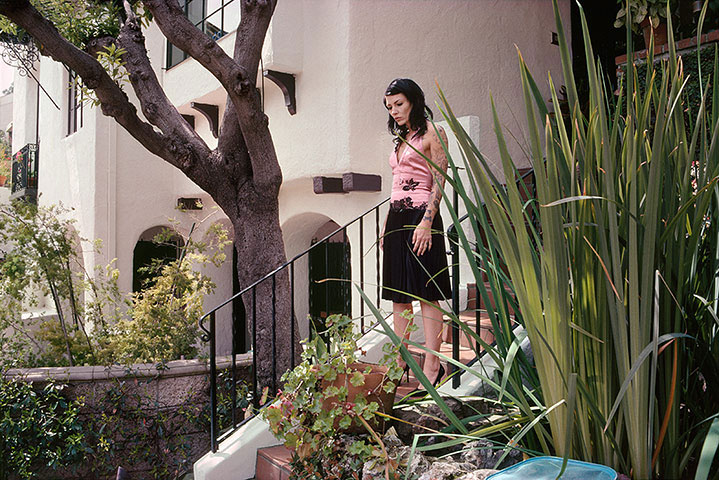 ‘The power of the photographs lies partly in their elusiveness, the ways in which they evade easy elucidation’

Photo of the Day: The Knight and His Steed
We All Have a Happy Place, Where’s Yours? The Dark and Cinematic Photo Works of Corey Crawford
Photographer Paul Huf Captured Amazing Fashion Photoshoot In The Soviet Union In 1965
Photographer Anthimos Ntagkas Captures Mystically Unexpected Street Pictures
In 1973, Teens Got Stoned In Front Of A Government Photographer
Finalists Announced for 2021 Women in Sport Photo Action Awards
Cate Blanchett Photographed by Robin Sellick, 1994
Photographer Dan Bannino Captures Favorite Food Of The World’s Powerful People
#decay_nation: Abandoned Germany By Markus Ecke Wie Kante
Meet The NY Taxi Driver Who Moonlighted As A Photographer And Captured His Passengers For 20 Years In Some Very Candid Shots
This Is How A Person’s Appearance Can Change In Just One Day
Photographer Łukasz Zagraba Captured Amazing Old Car Cemetery In Poland
Year of the Horse
Spangles, the Cross-Eyed Cat
Moody Portrait Photography By The Russian Photographer Alexander Kurnosov
Photographers Against Wildlife Crime
Historic Photos Of Russian Beauties In Traditional Costumes Prove Slavic Beauty Never Gets Boring
Photographer Jakub Wencek Explores The Forests Of Poland To Capture Fantastic Photos Of The Dark Side Of Nature
2018 Nat Geo Travel Photographer Of The Year Contest: People
“Men & Cats” Photoseries By David Williams
Judging America: Prejudice By Alternating Between Judgment And Reality By Joel Parés
"Rite of Passage": Striking Vintage Photos of Florida Spring Break in the ‘80s
People of 'Porte St Denis' by Johan Berger
Extraordinary Black And White Photographs Of London In The Early 1950s
sarfati

Wonderful Photos Capture The Beach Lives Of North Carolina In The Summer Of 1975
"A Better America" - Nostalgic Color Photos Document Beautiful Life Of Florida In The 1950s
The Deserts Of Argentina Take On A Starring Role In This Photographer’s Breathtaking Milky Way Shots
Stunning Vintage Photos That Capture New York’s Subway Since The ’80s
When He Said "Jump...": The Most Influential Images Of All Time Captured By The Photographer Philippe Halsman
It's Ginkgo Time
I Must Be Dead
Hilarious Winners Of The 2016 Comedy Wildlife Photography Awards
Russian Photographer Dresses Siberian Huskies In Human Clothes
Stunning Travel Landscape Photography By Kyle Mijlof
Source of inspiration since 2007. Proudly hosted by WebHostingBuzz.
Privacy Policy · Terms of Service · Content Removal Policy 🇺🇦 ❤️