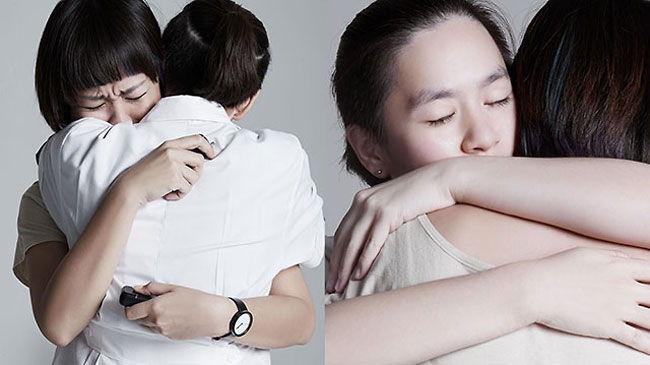 “Care Deeply” is a series of photos by Thai photographer Patcha Kitchaicharoen that captures the simple fact that there are 2 sides to every emotional hug. 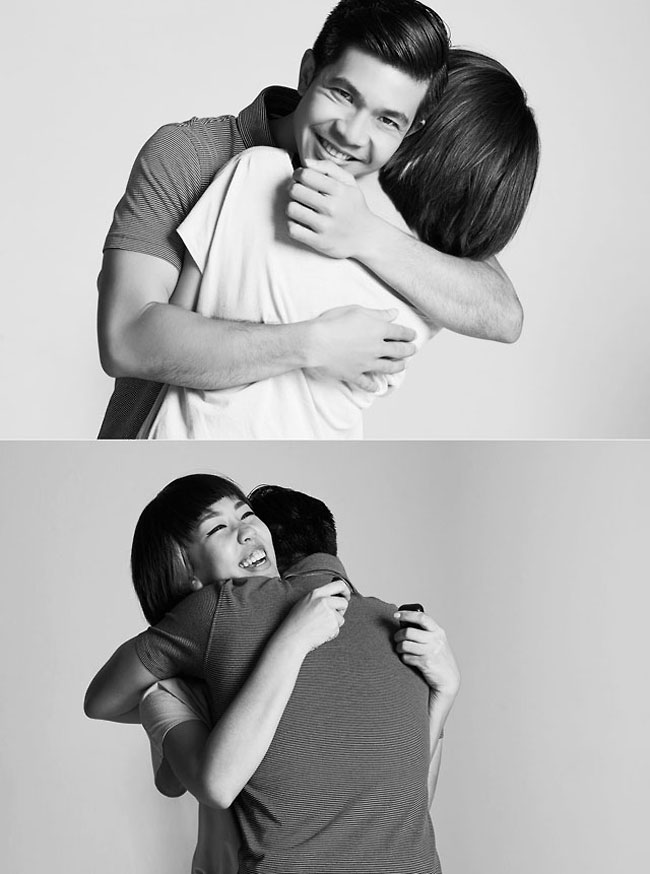 The 28-year-old Kitchaicharoen was scheduled to move overseas to New York City to begin her studies at the International Center of Photography School. Before leaving her life in Bangkok, Thailand for at least a year, Kitchaicharoen decided to invite her closest friends and family into the photo studio for a final photo project. 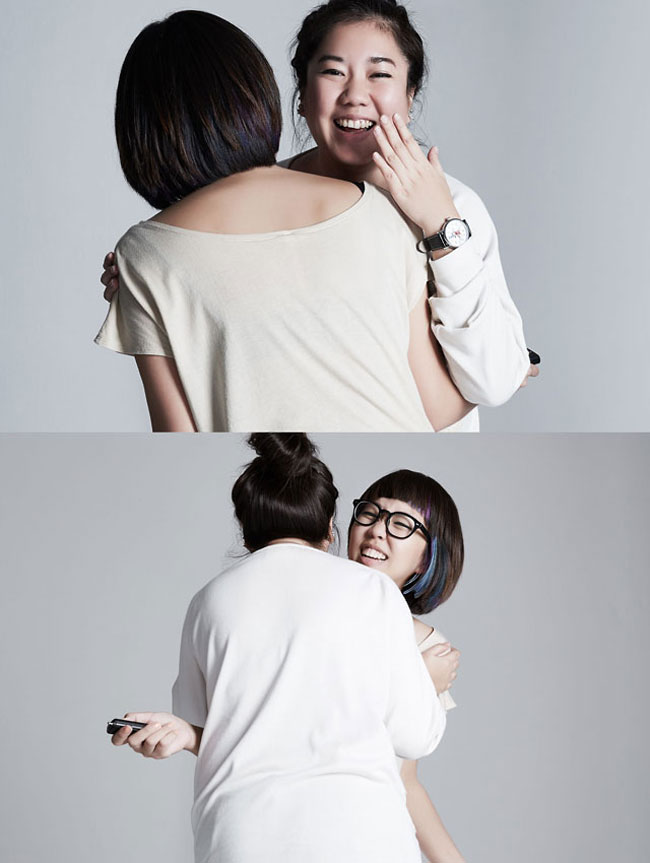 Kitchaicharoen set up two Canon 5D Mark III DSLRs on tripods on either side of the studio space and connected them to remote shutter releases. She then said her farewells to her loved ones and gave them goodbye hugs. At the same time, she triggered simultaneous photos with the cameras to capture the emotion happening on both sides of the embrace. Kitchaicharoen later found out that her visa application had been declined, so she’ll actually be sticking around her loved ones for another year before hopefully enrolling in the program in 2016 (ICP School is holding her spot for her). You can find more of Kitchaicharoen’s work on her website. 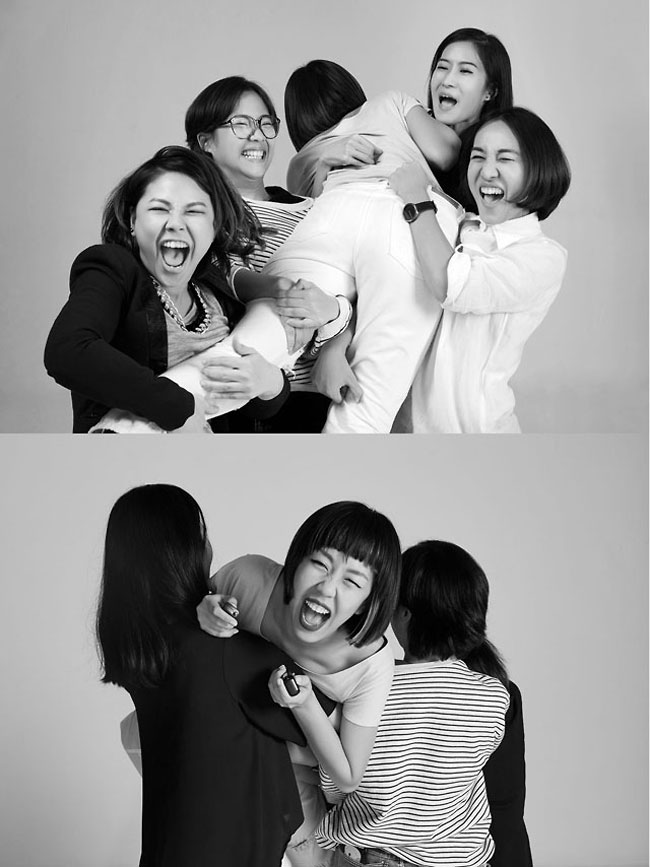 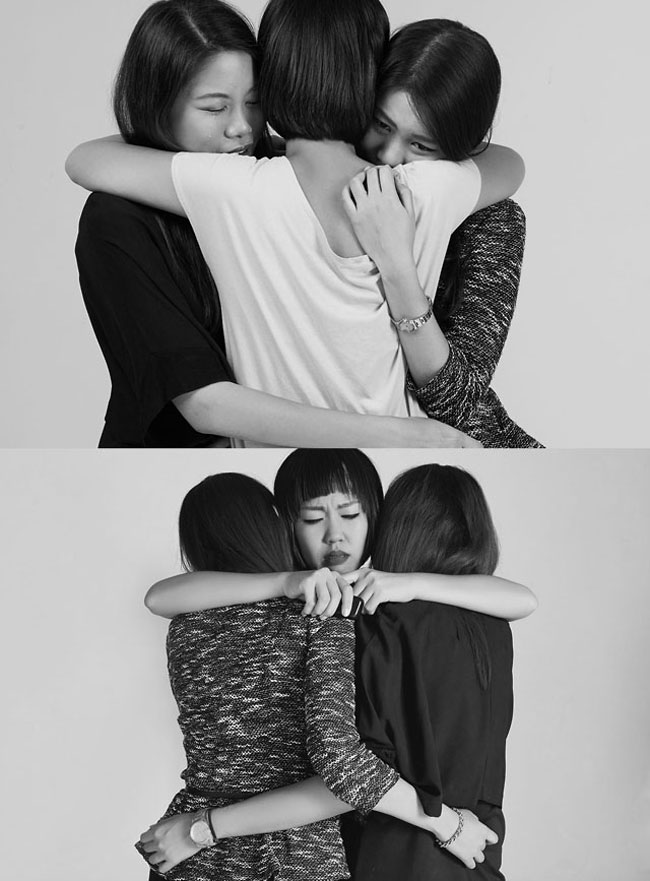 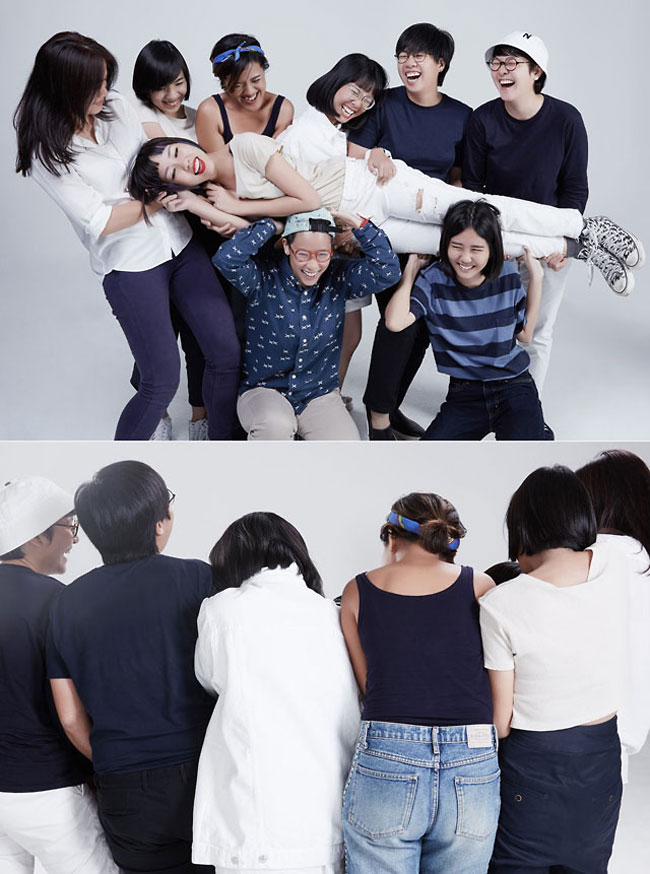 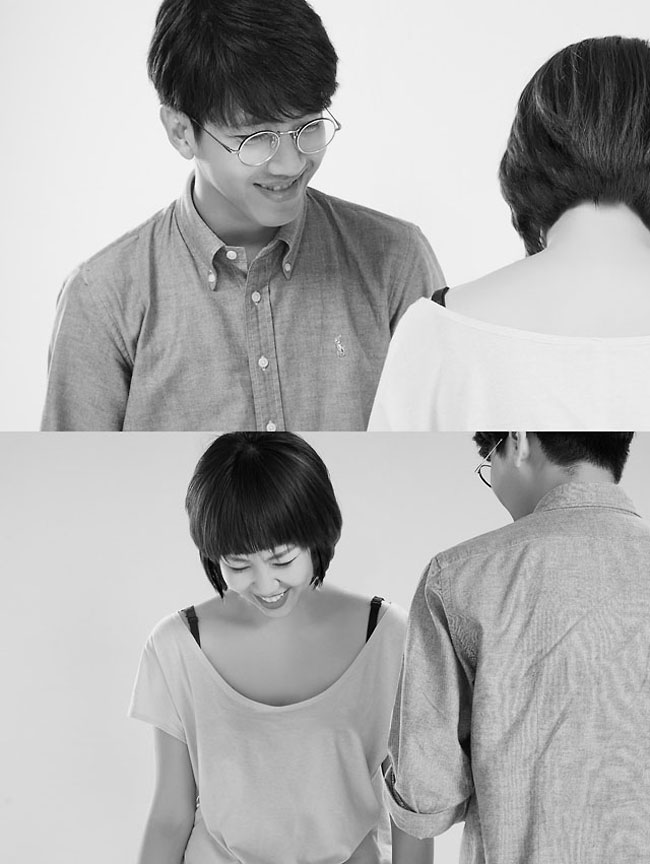 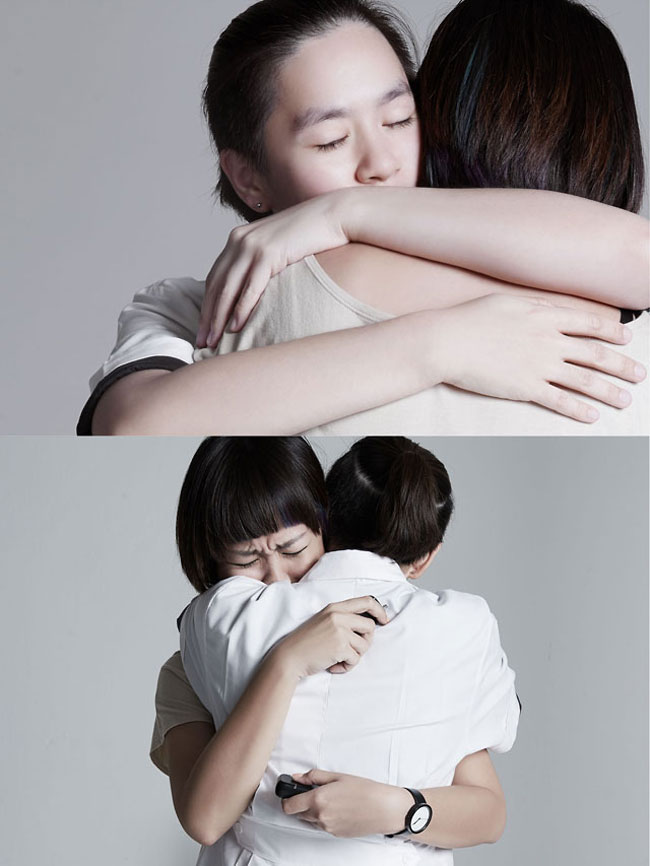 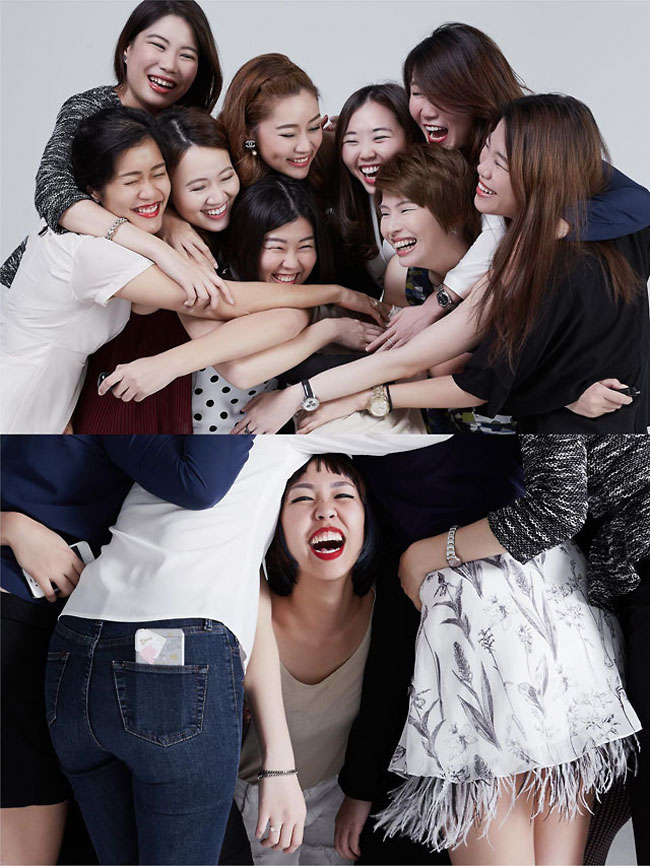 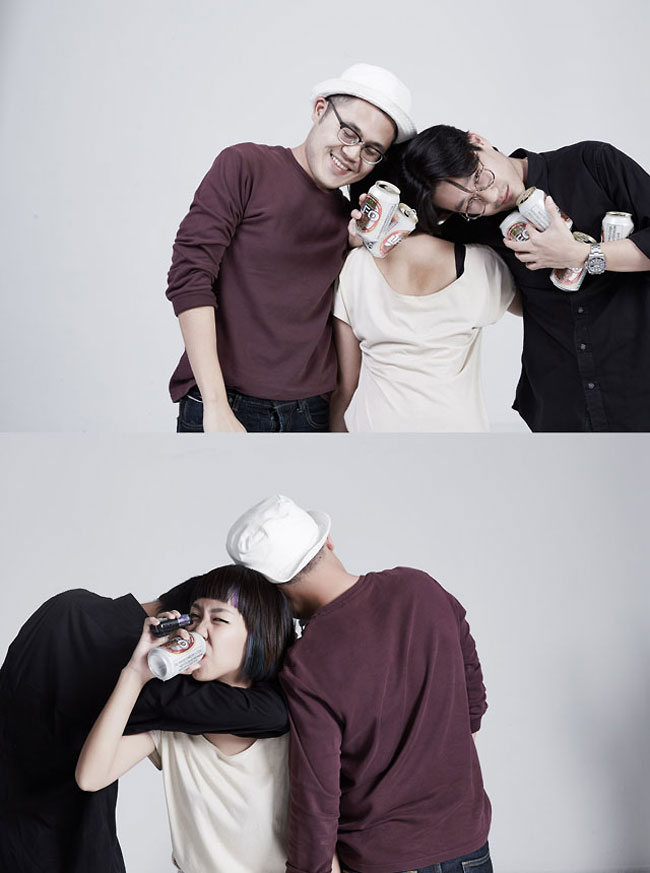 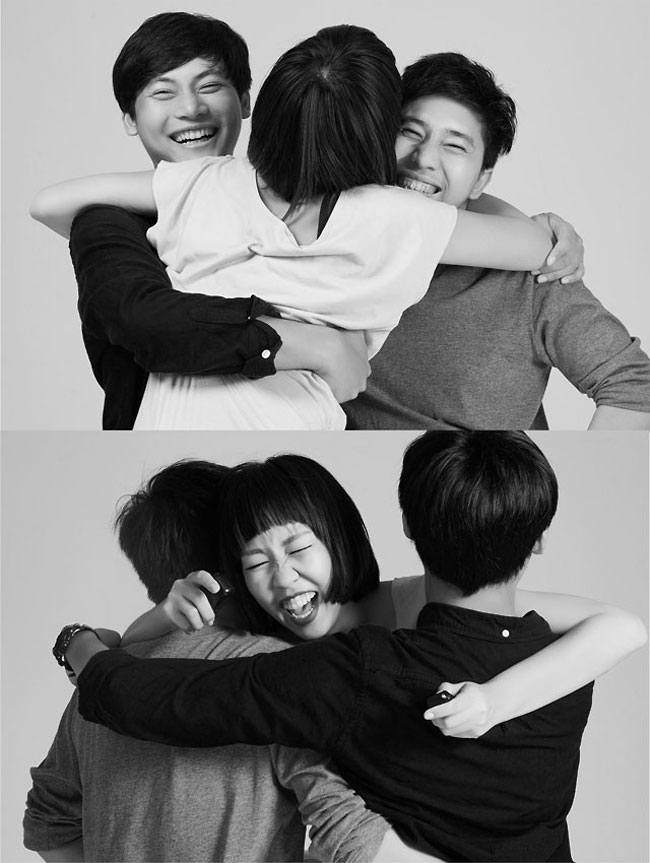 The Daily Life Of Darth Vader In 365-Day Photo Project
Mother And Daughter: Debbie Reynolds And Carrie Fisher Together In Pictures
Hungarian Photographer Took Pictures Of Rome And Converted Them Into Surreal Infrared Landscapes
Photographer Dana Lixenberg’s 22-Year-Long Series In One Of LA’s Oldest Housing Projects
Mixed Blood
Rare Color Photos From The Depression Era
Started As A Mistake, Retired Gym Teacher Wore The Same Disco-Era Outfit For 40 Years Of Yearbook Portraits
Photographer Mayan Toledano Captures Daily Routines Of Female Israeli Soldiers
Oscar Wilde Tomb is All Clean
"Conflict and Costume in Namibia" by Jim Naughten
This Hipster Barbie Account Perfectly Mocks Every Annoying Person On Instagram
Explorer’s Stunning Photographs of The Arctic Sun from 100 Years Ago
"New Horizon": The Post-Soviet Landscape Through The Lens Of Rafal Milach
GuruShots: Winning Photographs from The Impressive Still Life Contest
Albino Twins From Brazil Are Challenging The Fashion Industry With Their Unique Beauty
These Powerful Images Capture The Spear-Wielding Tribes Of Papua New Guinea Who Believe They Are Possessed With The Spirit Of The Crocodile
Harry Potter Studio Tour: New Attractions Unveiled as Fans Await Opening
Sony World Photography Awards 2017 Shortlist
The Photographer Took Dark and Gloomy Photos of A Small Russian City Covered with Morning Fog
Photo Manipulations by Geir Akselsen
NASA Captures New Magnificent Images Of Galaxies
Gods & Beasts: Raw Portraits Show An Ambiguous Hierarchy Between Humans And Animals
Cool Pics Defined Fashion Trend Of Young Women In The 1990s
Here Are The 30 Best Photos That NASA’s Curiosity Has Taken After 7 Years On Mars
A Fascinating Photo Project About The Reflection We Want To See In The Mirror
Kate Moss for Mango, Fall 2012
Stunning Photos Of Haile Selassie I, The Emperor Of Ethiopia
Rare Photographs Of The Beatles On Holiday On Tenerife Island Before They Became World Famous
Tungurahua Volcano in Ecuador Begins to Erupt, People Evacuate
2014 National Geographic Photo Contest, Week 5
captures, emotional, photographer, sides