London During the Blitz Through Powerful Color Photos

A bus is laying inside a huge bomb crater in a London street after heavy German air raid bombing attacks during the Battle of Britain, October 15, 1940 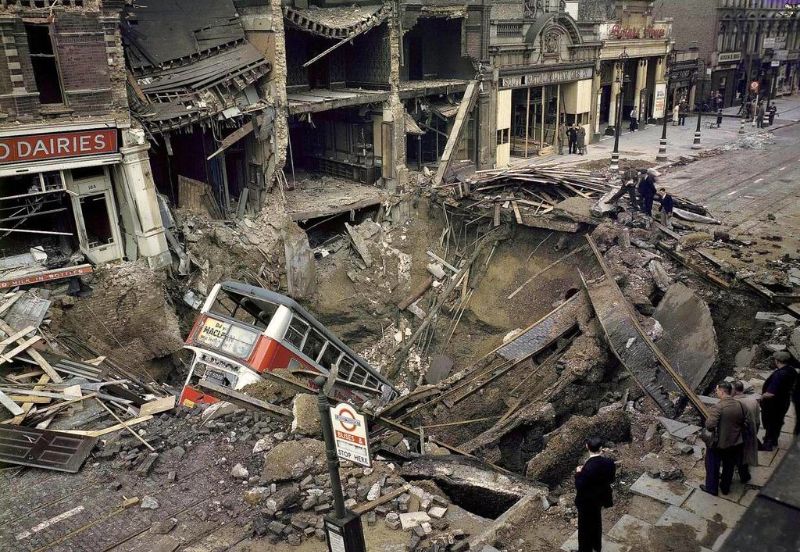 Born 1912 in Evanston, Illinois, American photographer William Vandivert work for the Chicago Herald Examiner from 1935. He joined the Life magazine team in London in 1938 and was one of the few photographers who were working in color photography before the Second World War. Vandivert made color photo report in Paris in the summer of 1939. He was using Kodachrome. The following year he photographed in color the Blitz in London. 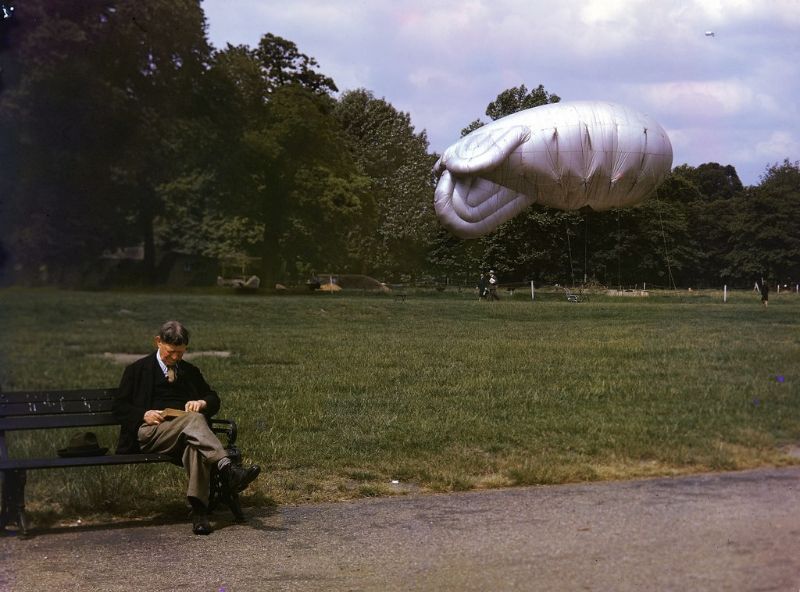 In 1945, just after the Battle of Berlin, Vandivert was the first Western photojournalist to photograph the city’s ruins and Adolf Hitler’s bunker, which were published by Life in July 1945. He left Life’s editorial team in 1946. 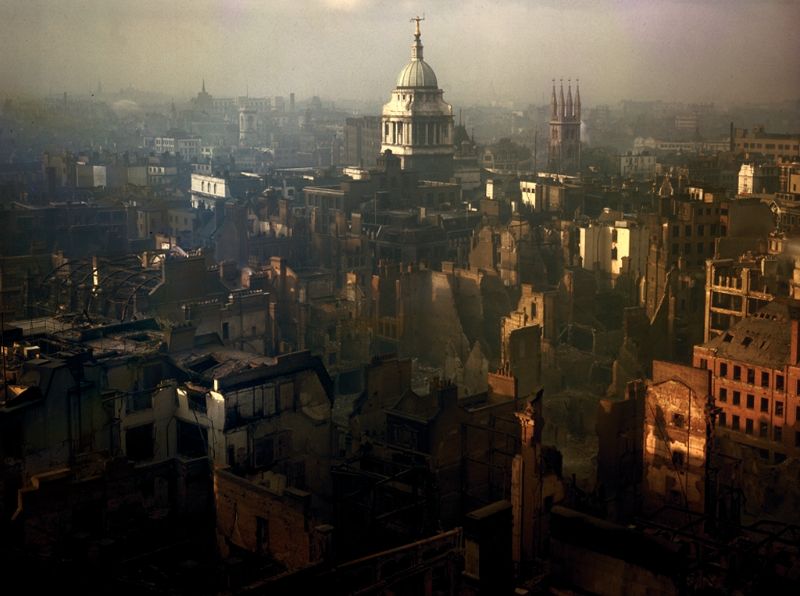 Along with Robert Capa, Henri Cartier-Bresson, David Seymour, George Rodger and Maria Eisner, he helped found Magnum Photos in 1947. His wife, Rita Vandivert, presided over the cooperative and managed the New York office at its opening.

A view of London with damage from German bombing raids, 1940 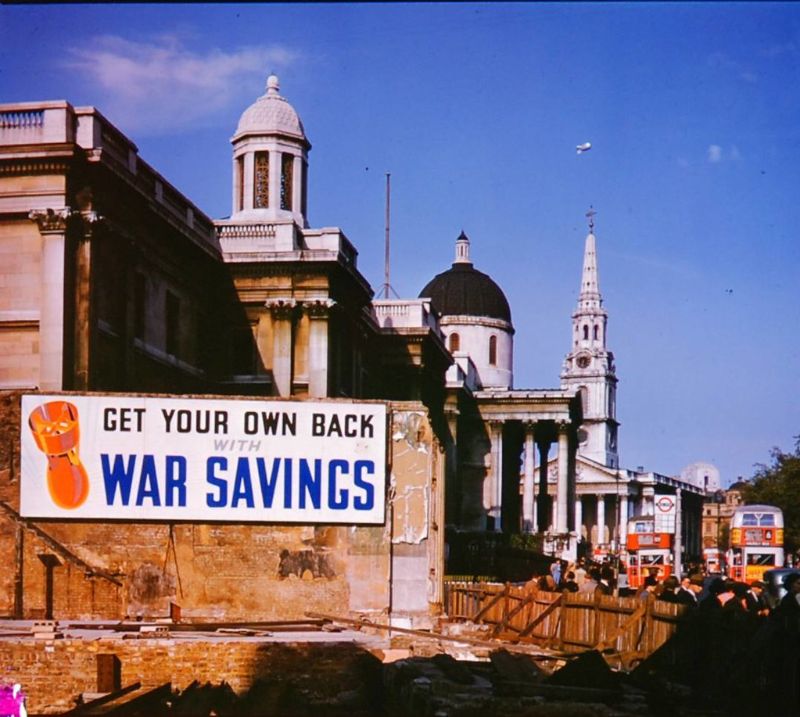 Vandivert and his wife left Magnum Photos in 1948. He continued his career as a freelance photographer, publishing numerous reports in Fortune magazine and then devoted himself with his wife to documentary photography on nature and animals. They published several books together between 1960 and 1982. 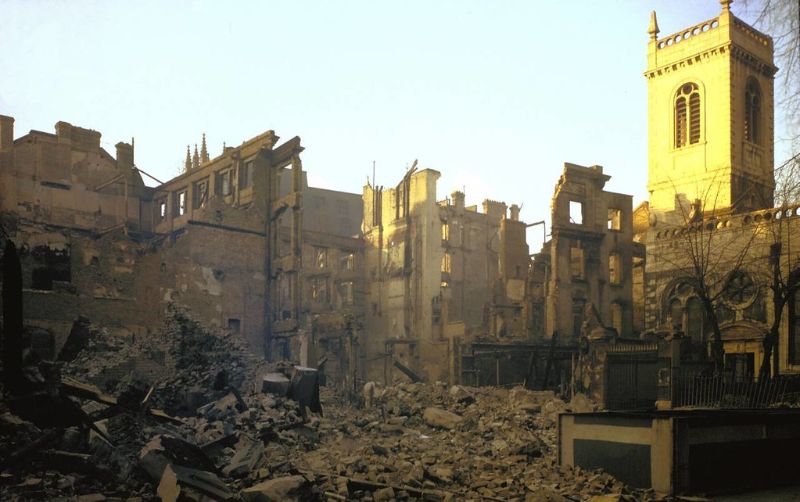 These amazing color photos are part of his work that William Vandivert took street scenes of London during the Blitz. 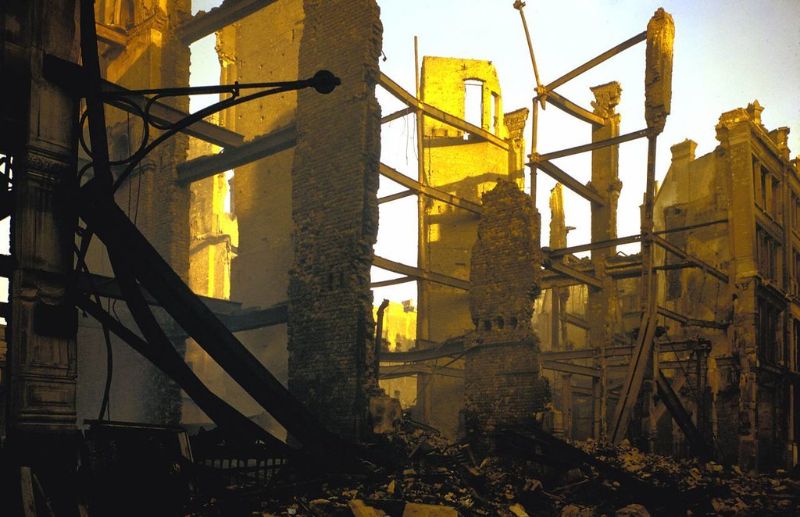 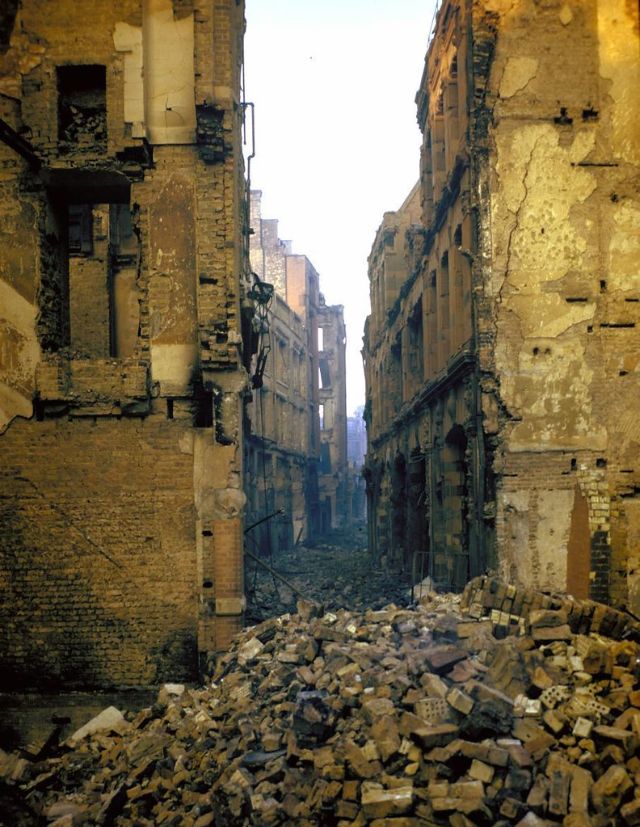 Britons work a victory garden in the midst of World War II, 1940 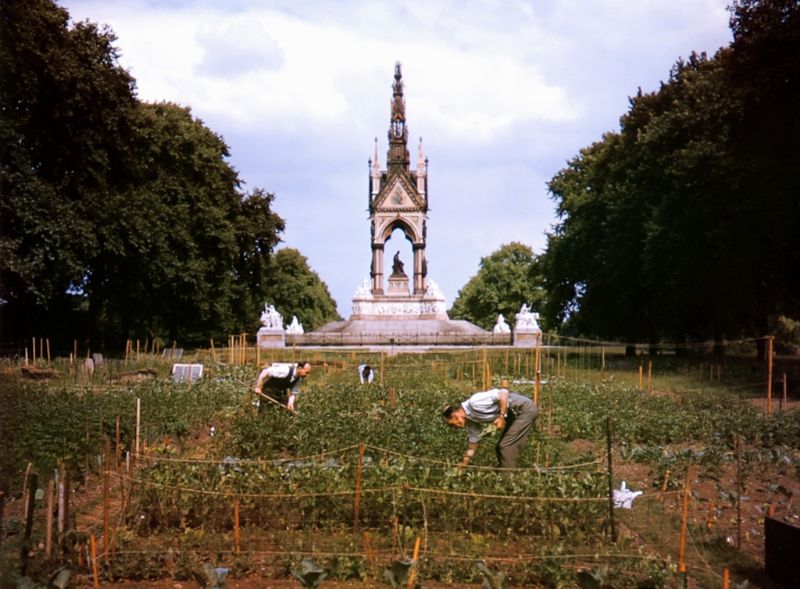 Damage in London during the Blitz, 1940 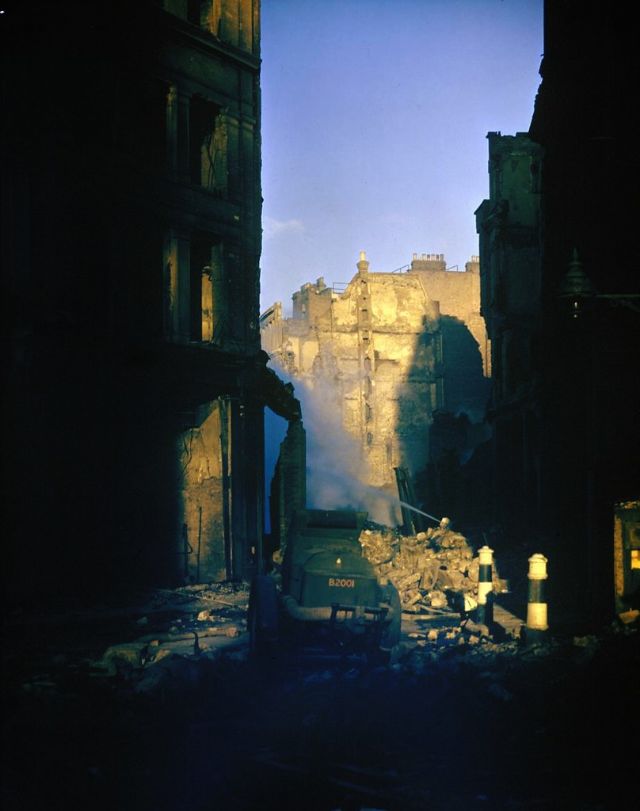 Huge area of debris in London after heavy German air raid bombing attacks during the Battle of Britain, September 1940 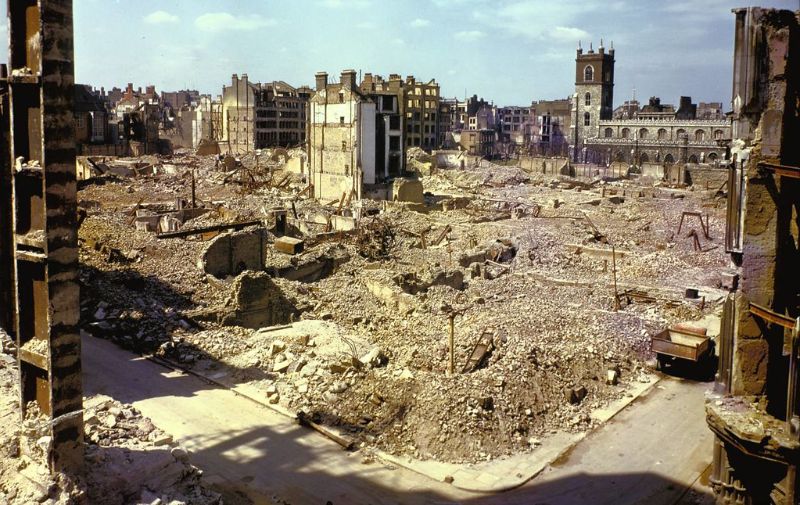 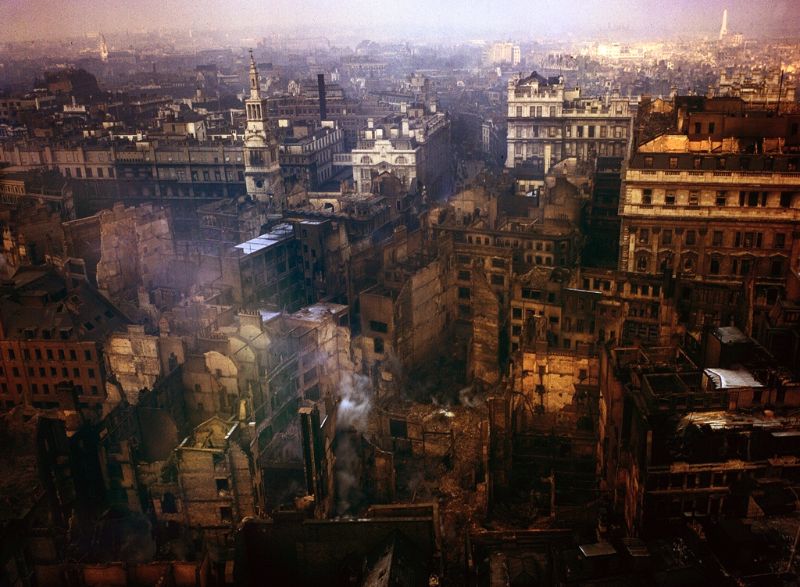 Rebuilding London during the Blitz, 1940 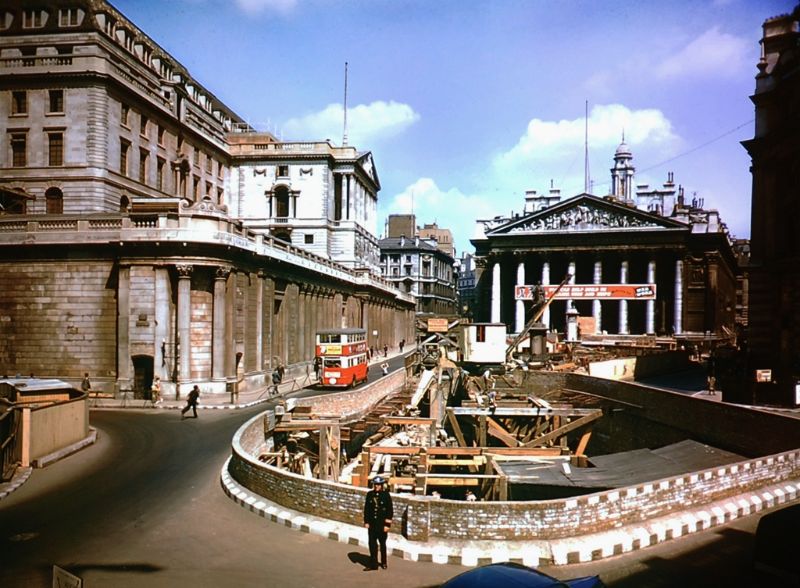 Scene from London after heavy German air raid bombing attacks during the Battle of Britain, 1940 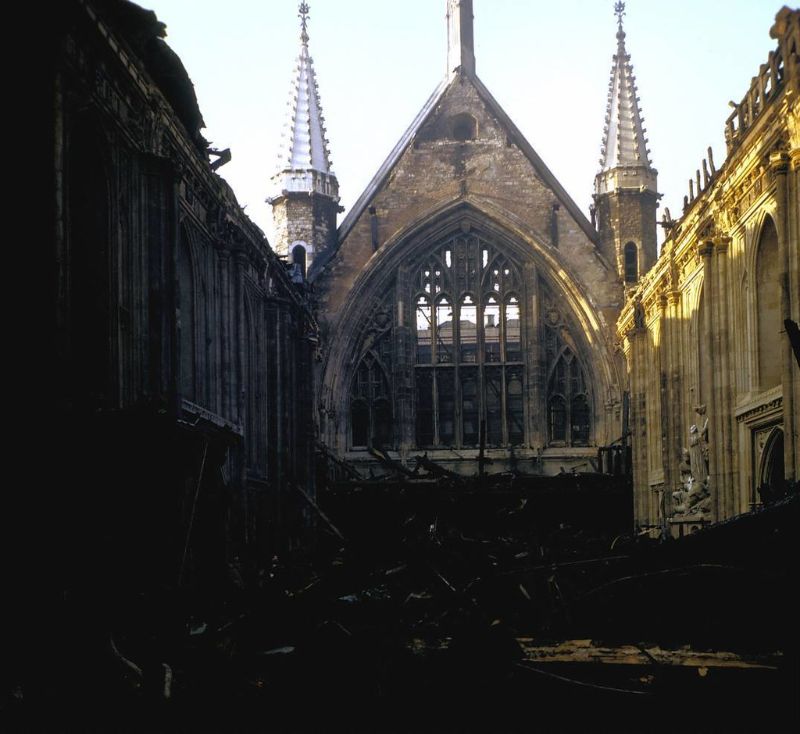 Scene from London after heavy German air raid bombing attacks during the Battle of Britain, September 1940 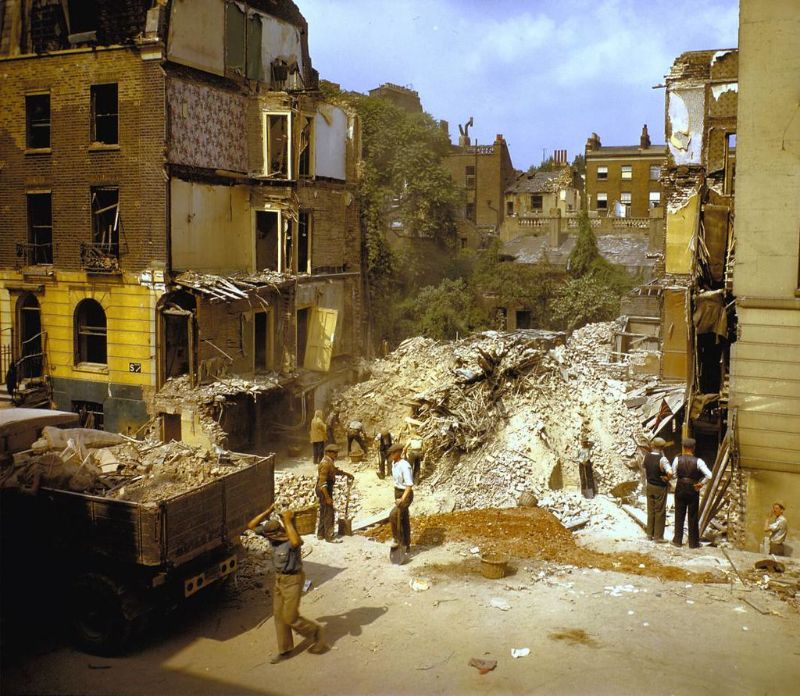 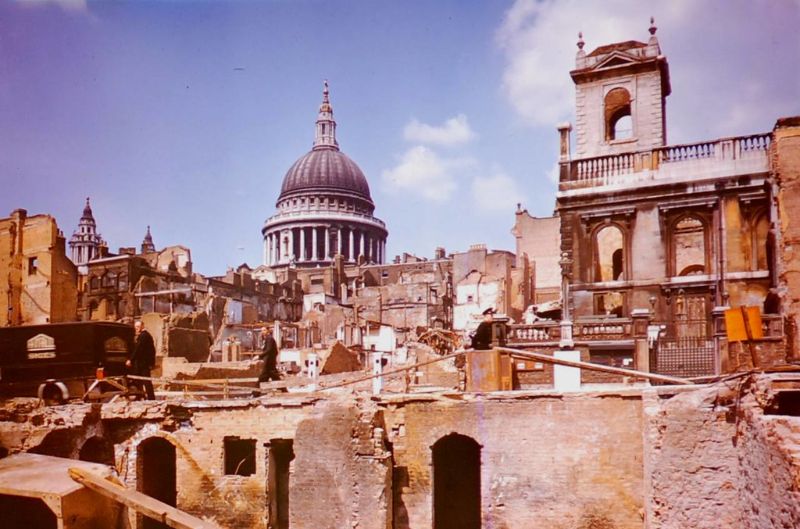 Workers clear debris from the lot where a home once stood, London, 1940 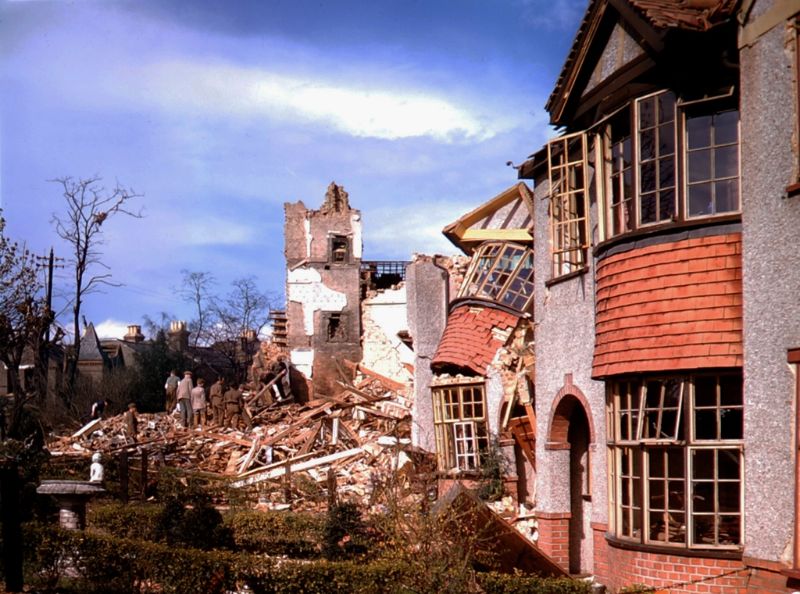 Wreckage of a bus leaning into a huge crater in front of bombed out buildings, a result of German aerial blitz attacks during the Battle of Britain, October 15, 1940 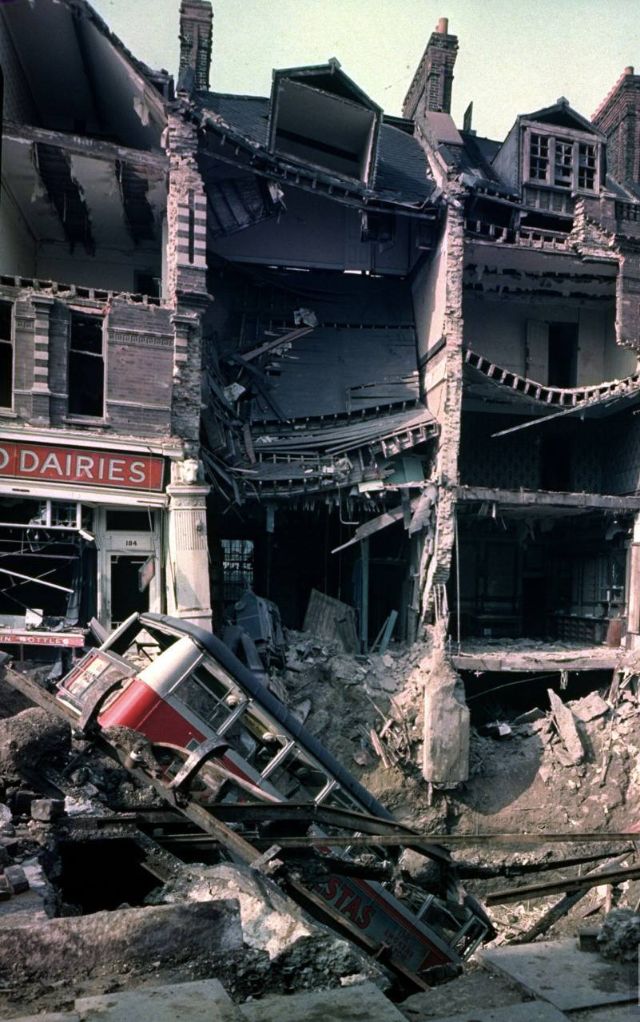 A London building ablaze during the Blitz, January 1941 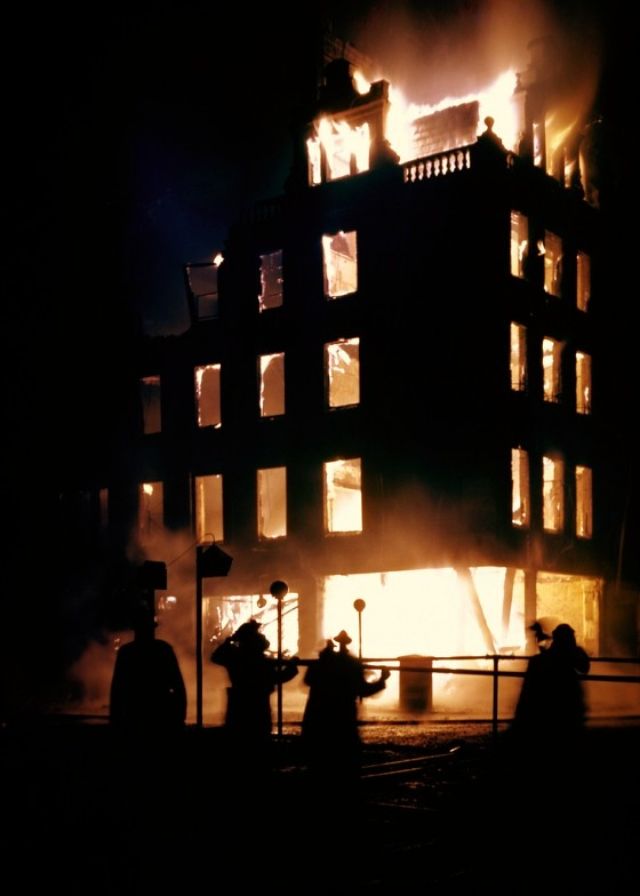 Life goes on in London despite the destruction caused by German air raids, 1941 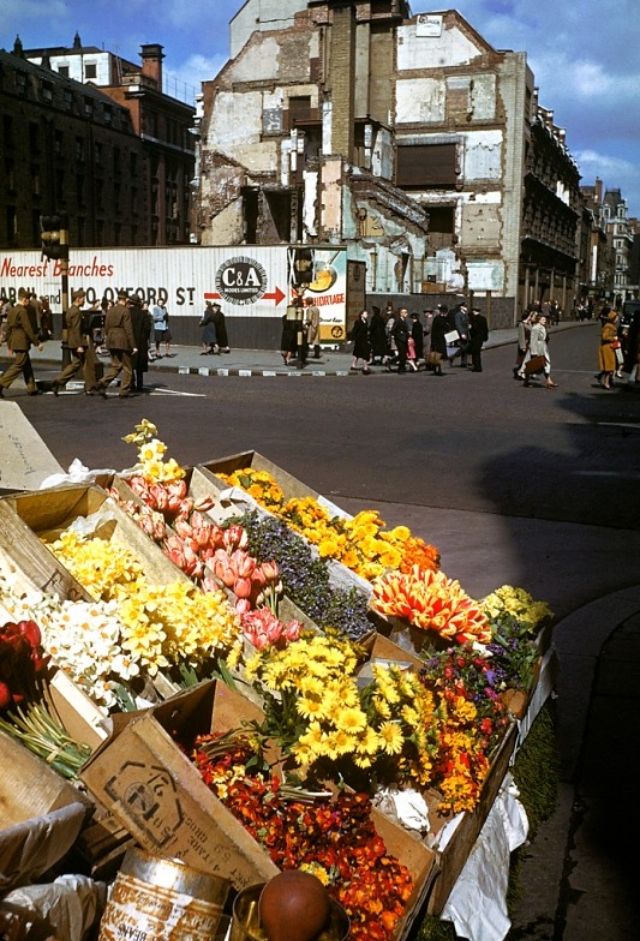 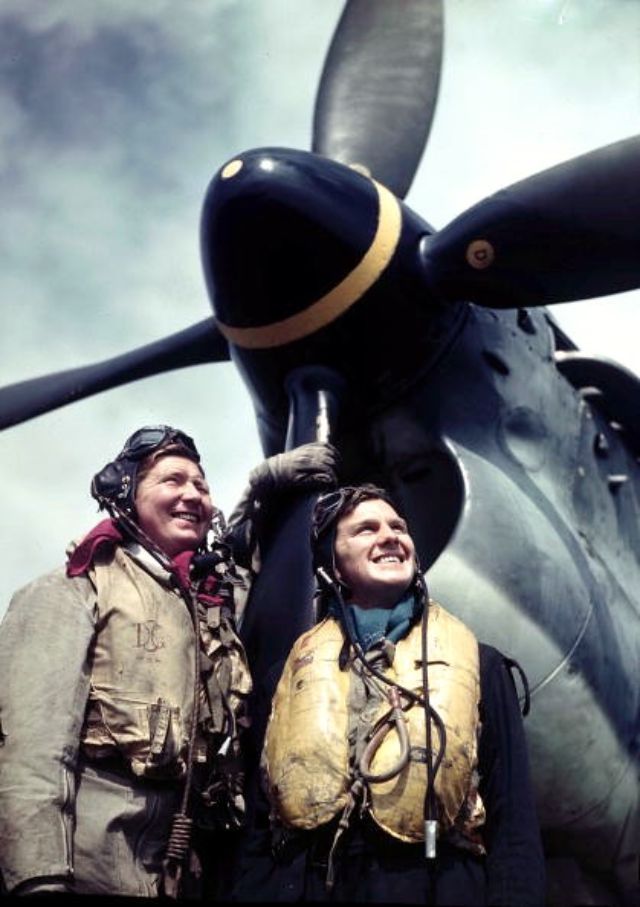