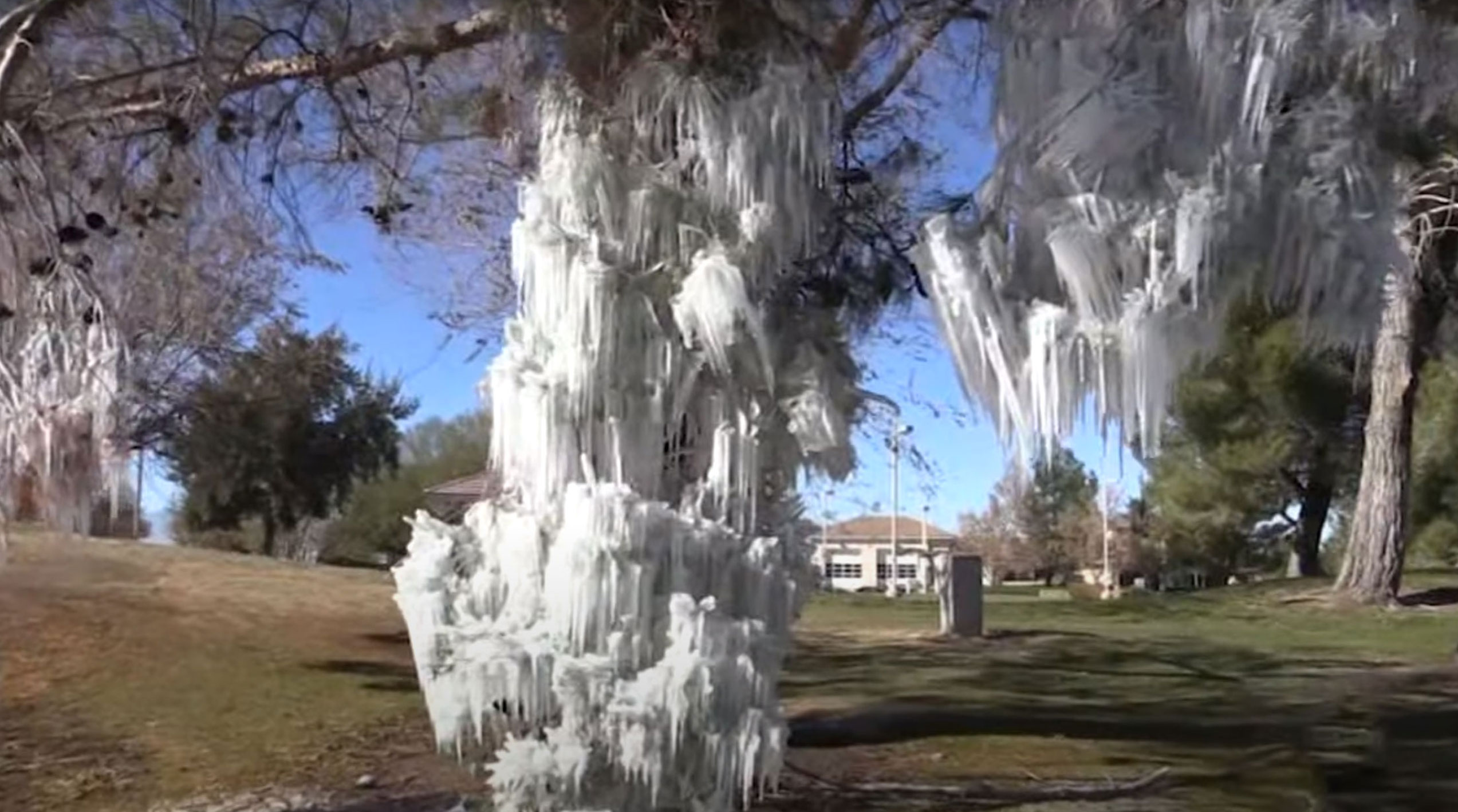 When someone tells you to imagine the perfect winter, the glorious scene of snow-covered hills and gently falling snowflakes likely pops up in your head. After all, the term White Christmas exists for a reason! It’s something we all want to see, especially during the Christmas month. 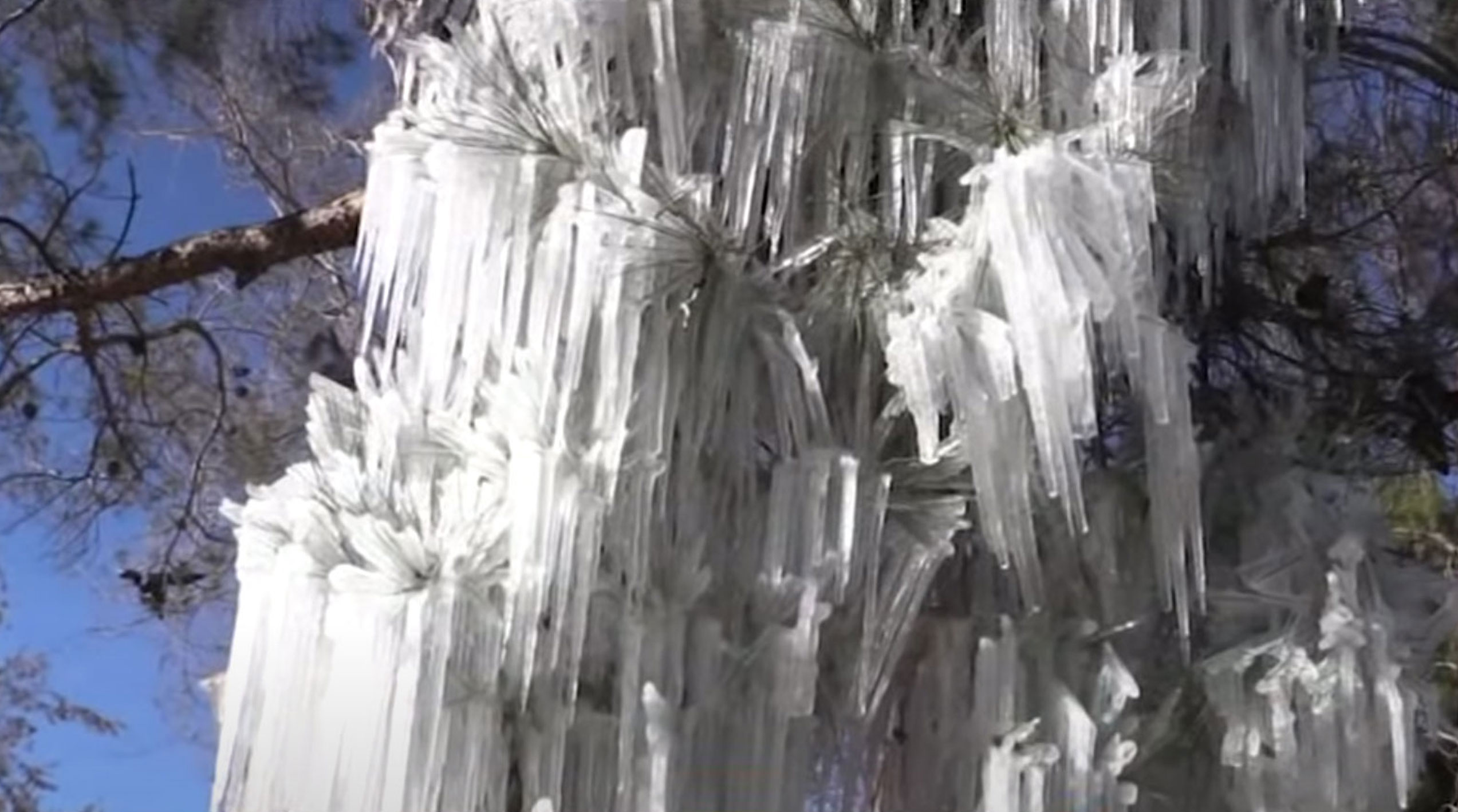 But at the same time, many of us are used to the two sides of winter—the one that we see in the movies, full of fluffy snow and sparkly frost—and the one we get in reality. Well, the residents of Apple Valley in California got to experience another (no less sparkly) facet of winter—an unexpected ice sculpture show! 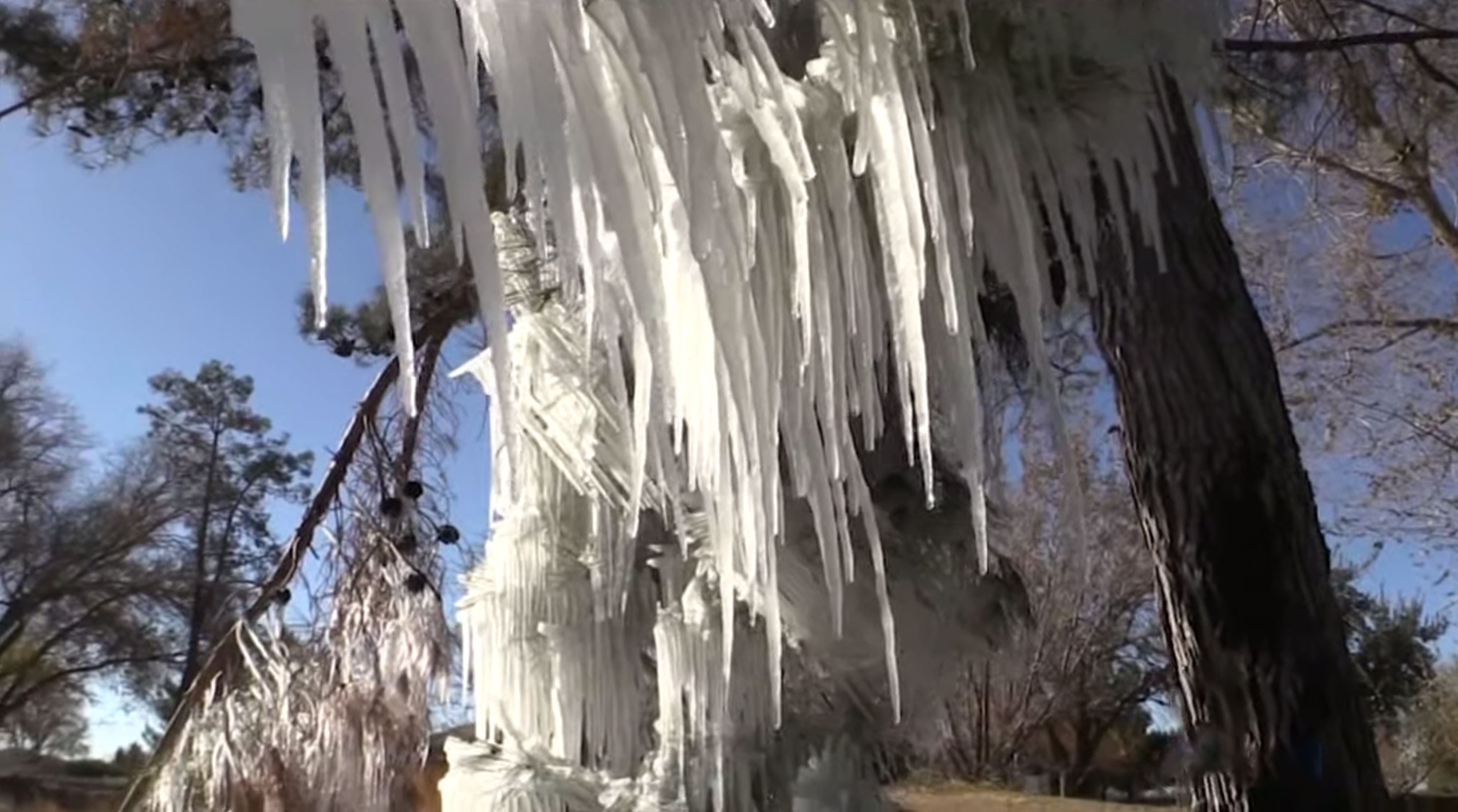 The accidental freezing occurred on the Jess Ranch Golf Course after the sprinklers turned on unexpectedly. And all would have been ordinary if the temperature hadn’t dropped that night. So, instead of serving its intended purpose, the water ended up in a more artistic form.

Everything that was touched by water was instantly frozen, from the grass to the tree branches and even the rope rails—luckily, the end result may be one of the more fascinating sights in the state. 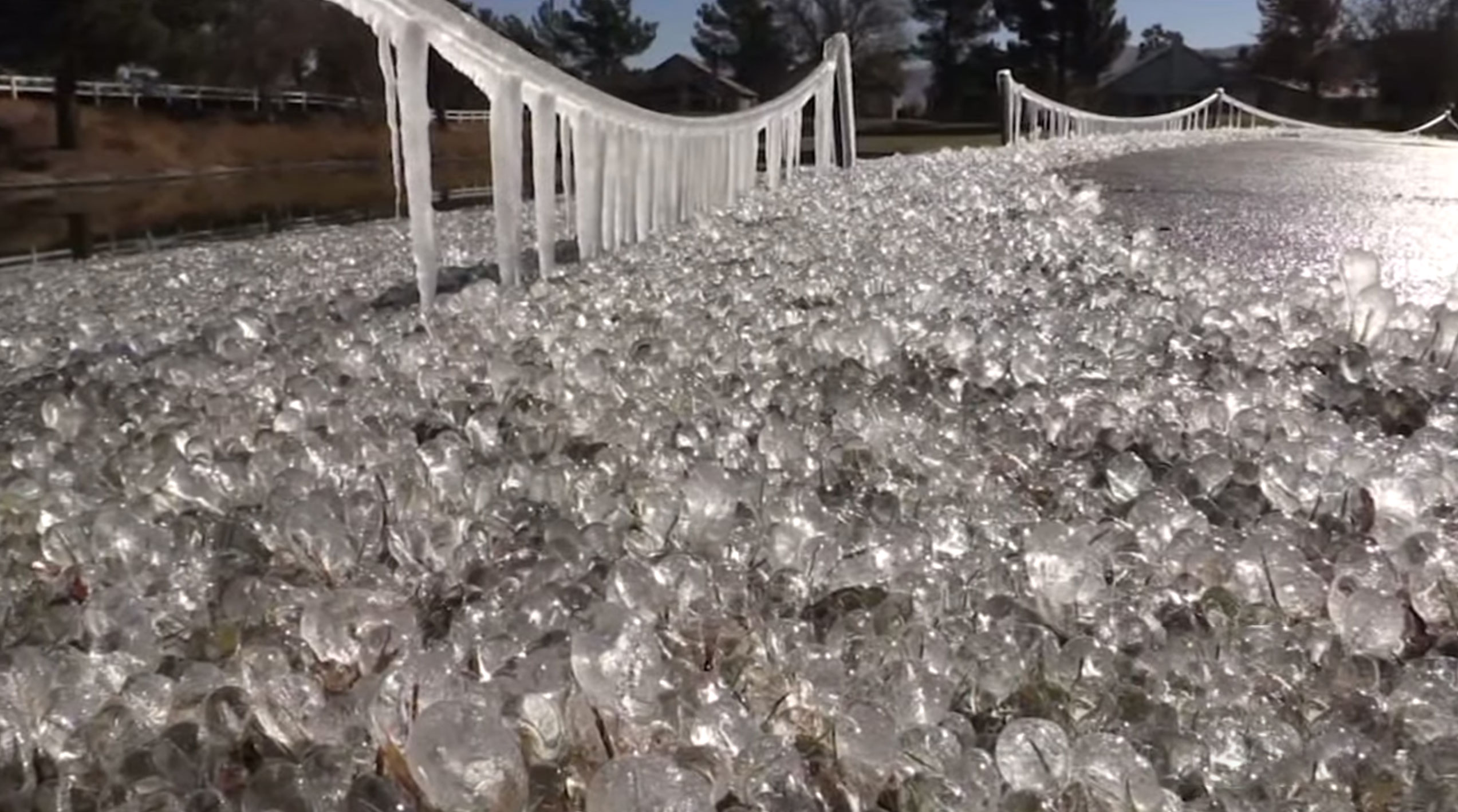 This original ice sculpture was the fortunate mix of water and dropping temperatures. In California, the temperature rarely reaches freezing, so the golf course ice wonderland quickly became a sensational attraction.

Seemingly everything that water could reach was covered in a shining coat of ice. As ABC News put it, if it wasn’t a wasteful use of water, it would be wonderful to see this more often. 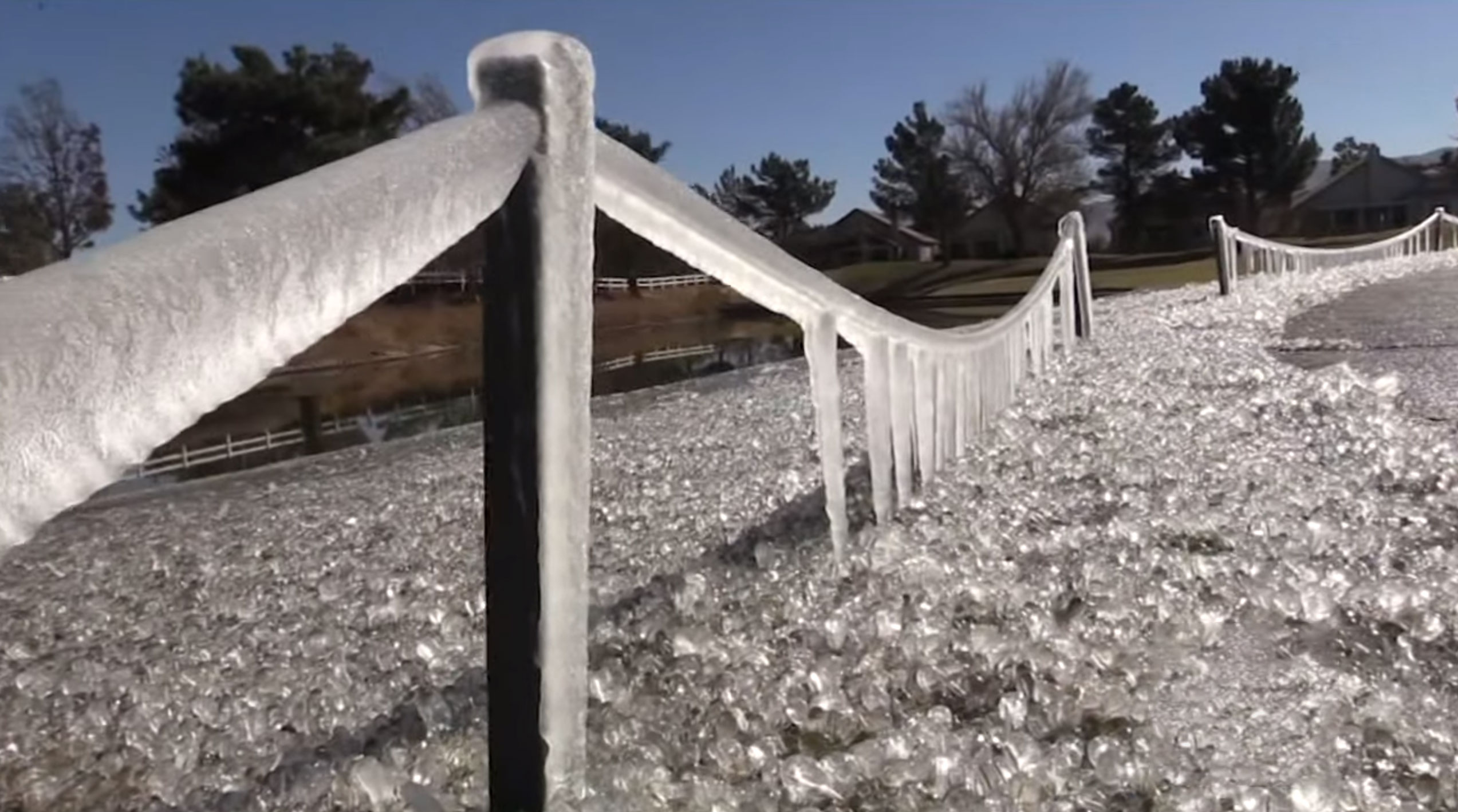 Seeing the results of an instant freeze is something we might expect from a science video. But due to this twist of fate, the golf course had ice towers of its own! It’s almost hard to believe that all it took was for the temperature to drop.

The impressive structure looks like something out of a movie, complete with icicles on the branches. All the scene needs now is the immortal tune of an ice queen and we’re all set!