Walking On Frozen Baikal, The Deepest And Oldest Lake On Earth To Capture Its Otherworldly Beauty 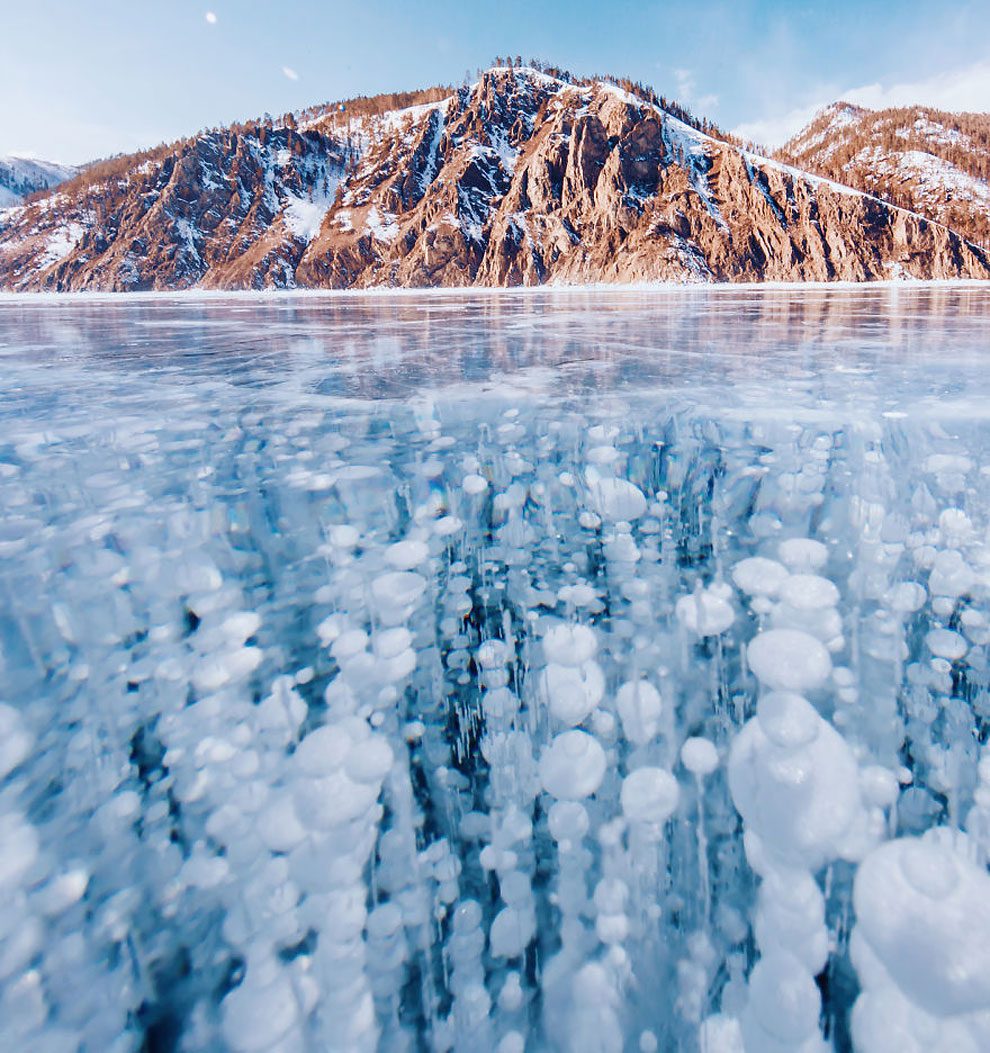 According to photographer Kristina Makeeva (previously): “Baikal is impressive. It’s the deepest and the cleanest lake on Earth. When we were planning a trip, we didn’t even suspect it is so wonderful, majestic and fairy. We were raptured over its beauty so much, that we almost didn’t sleep all 3 days we were here.”

“Lake Baikal is about 600km in length. The thickness of it reaches 1,5-2 meters. This ice can tolerate the vehicle of about 15 tonnes, but sometimes we saw cars that had been fallen down. Ice has different patterns in different parts of the lake. It happens because water is freezing layer by layer. Especially it is very interesting to find a fish or a branch in the ice. The ice in Baikal is the most transparent in the world! And this is true. You can see everything till the bottom: fish, green stones, plants and bluish gulf. The water in the lake is so clear, that you can see various objects on the depth of 40 meters,” Kristina Makeeva told Bored Panda. 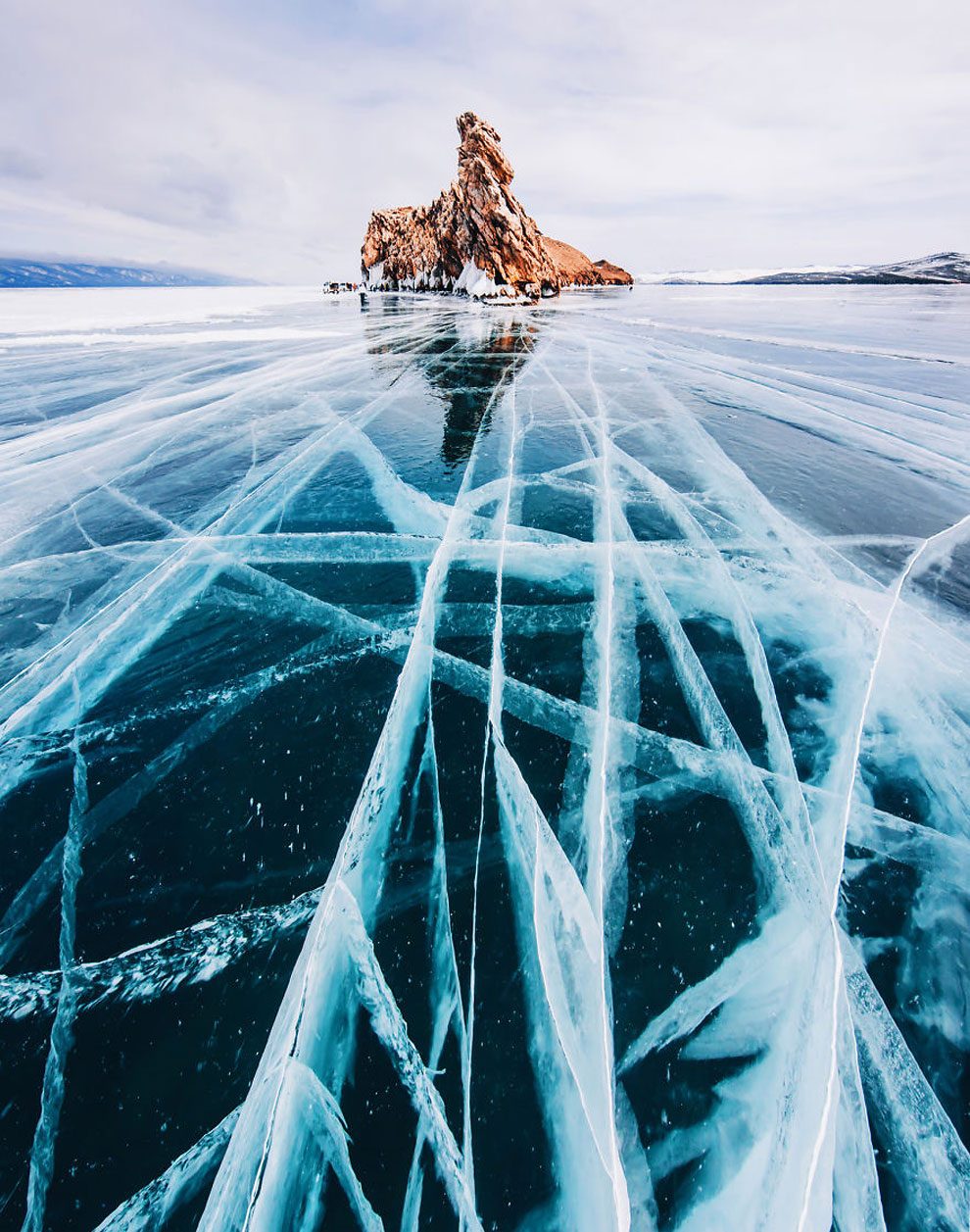 “Baikal is also the deepest lake. The genesis and the age still provoke scientific arguments, so let’s just remember, that Baikal is the biggest reservoir of fresh water on Earth, and its depth is 1642 meters. Apart from Baikal, there are only two lakes that are deeper than 1000 meters: lake Tanganyika (1470 m) and Caspian Sea (1025 m).” 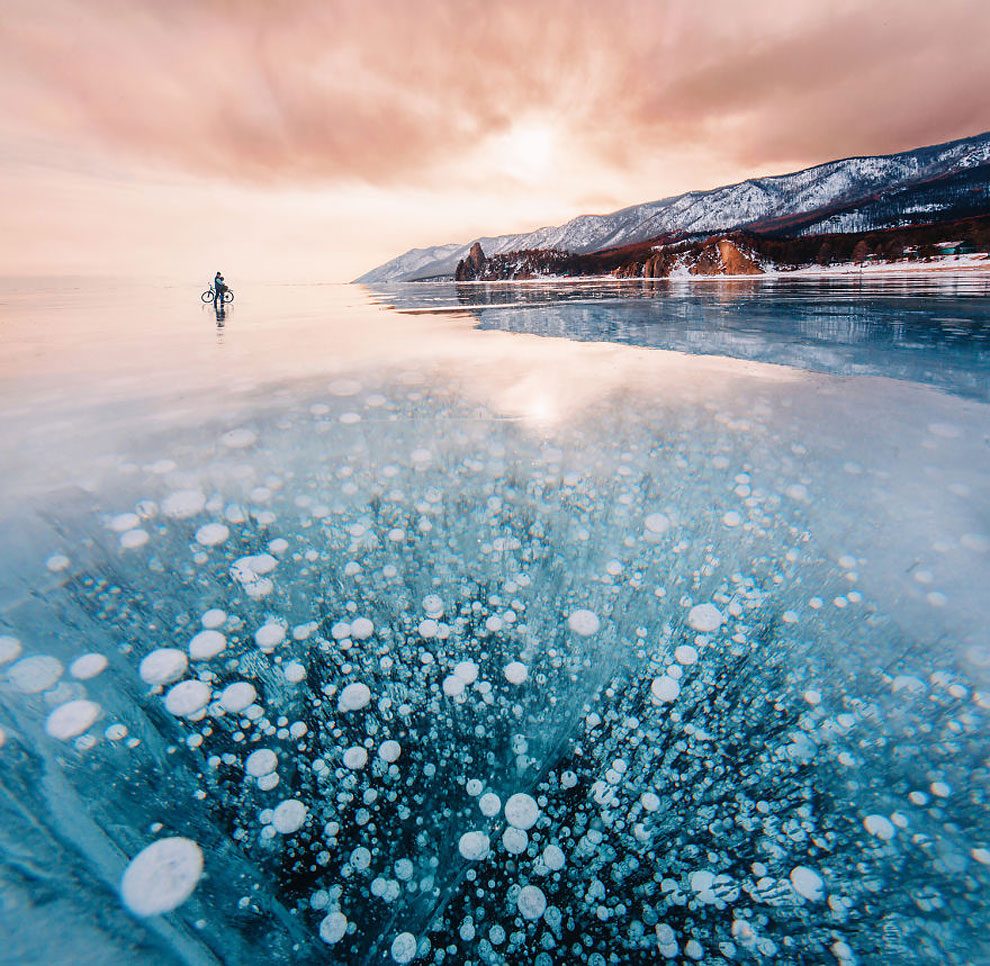 “In some parts ice is slippery like the mirror. You can shoot ideal reflections. A lot of travelers are moving about on skates, bicycles or sledge. Some of them are walking for several hundreds of kilometers and are sleeping in the tents on ice. Marvelous place. Very atmospheric.” 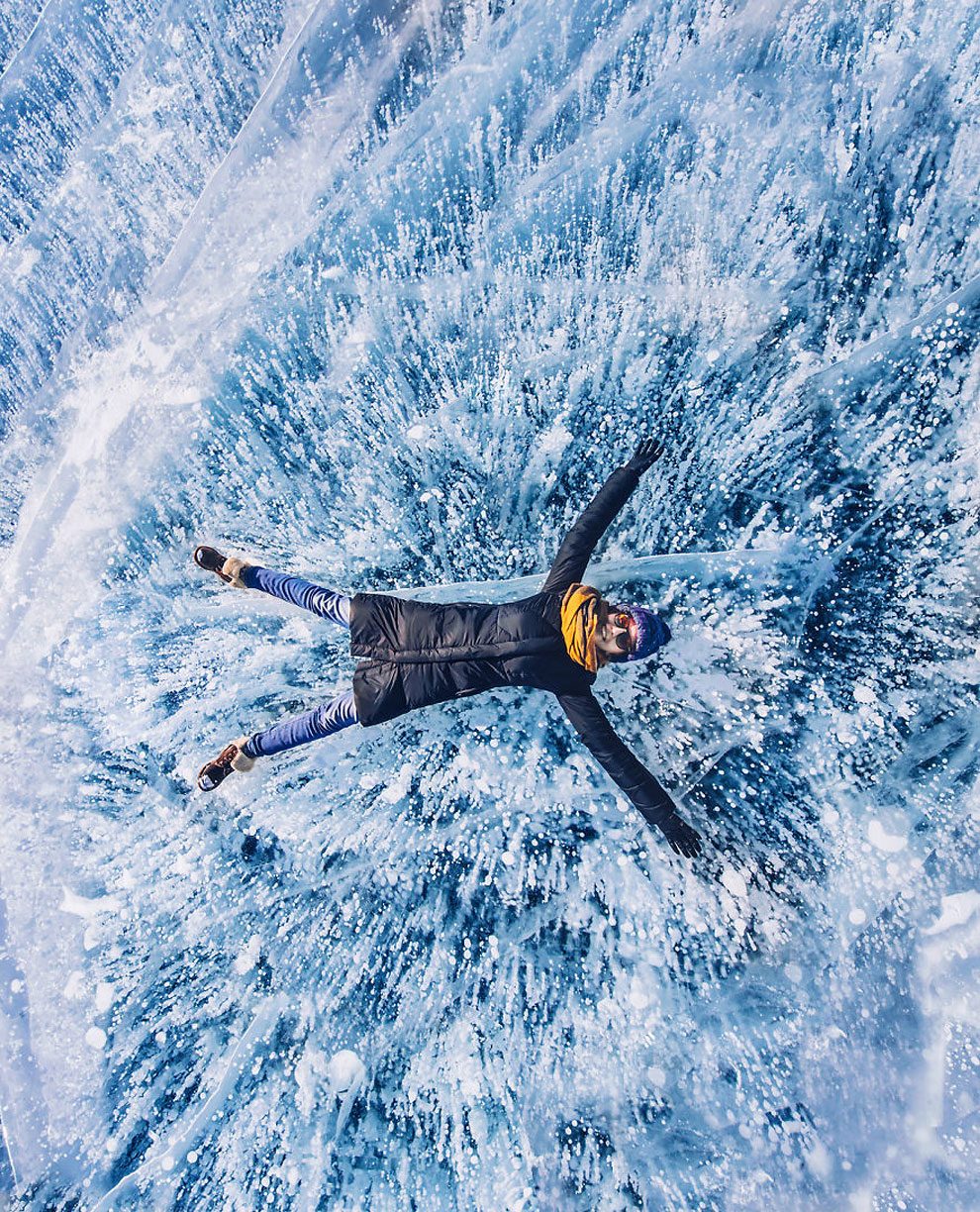 “Ice is cracking all the time. When the frost is very heavy, cracks divide ice on different areas. The length of these cracks is 10-30 km, and the width is 2-3 m. Cracks happen every year, approximately at the same areas of the lake. The are followed by a loud crack that reminds of thunder or gun shot. Thanks to the cracks, the fish in the lake don’t die from the lack of oxygen. Generally, ice of Baikal carries a lot of enigmas, the majority of formations provokes the interest of scientists.” 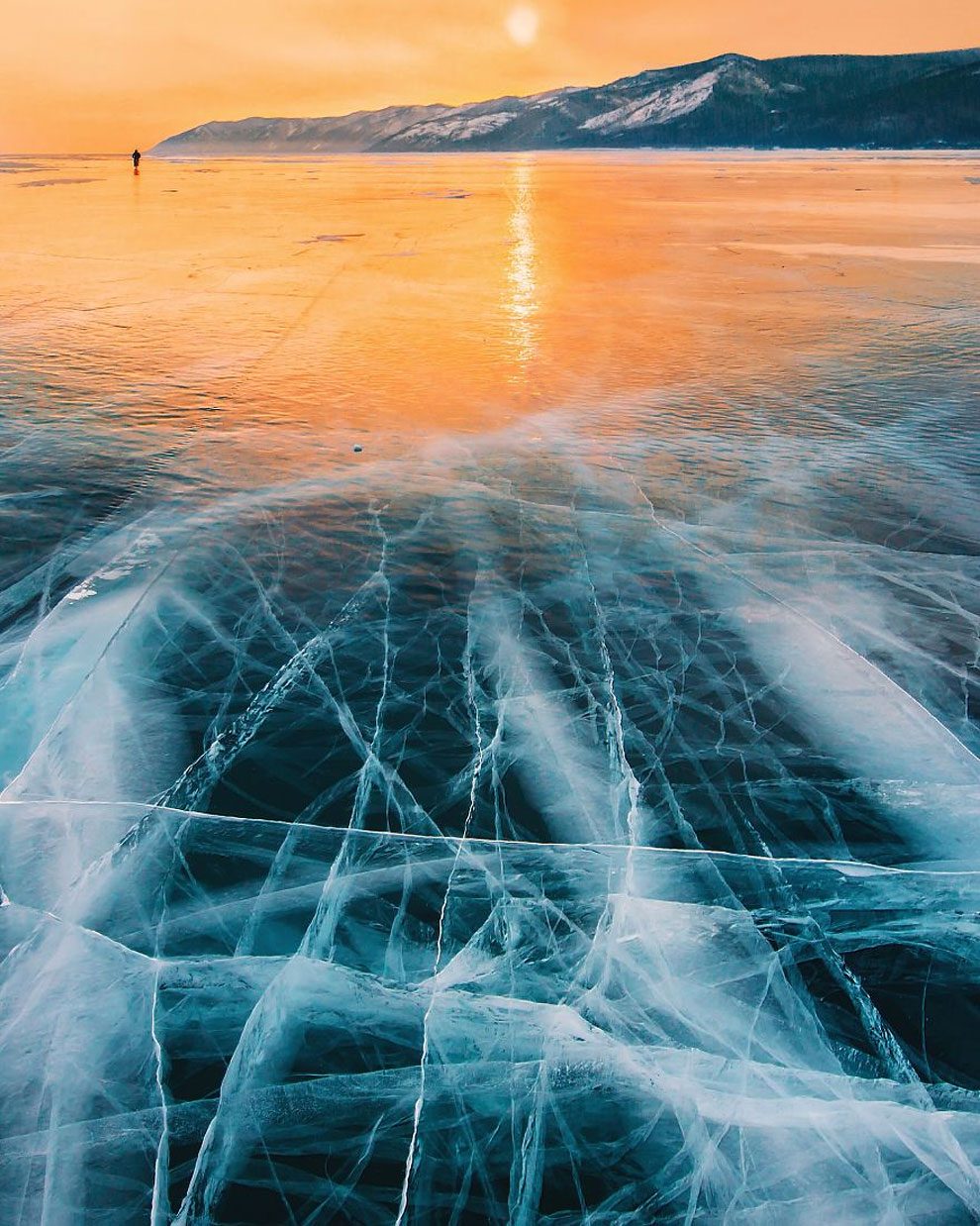 “Ice on Baikal is there till May. But in April no one drives on it. The bubbles in the ice are developed from the gas methane that is produced by algae. The only river in the world that flows from the lake is Angara that flows from Baikal. All other rivers flow into the lakes.” 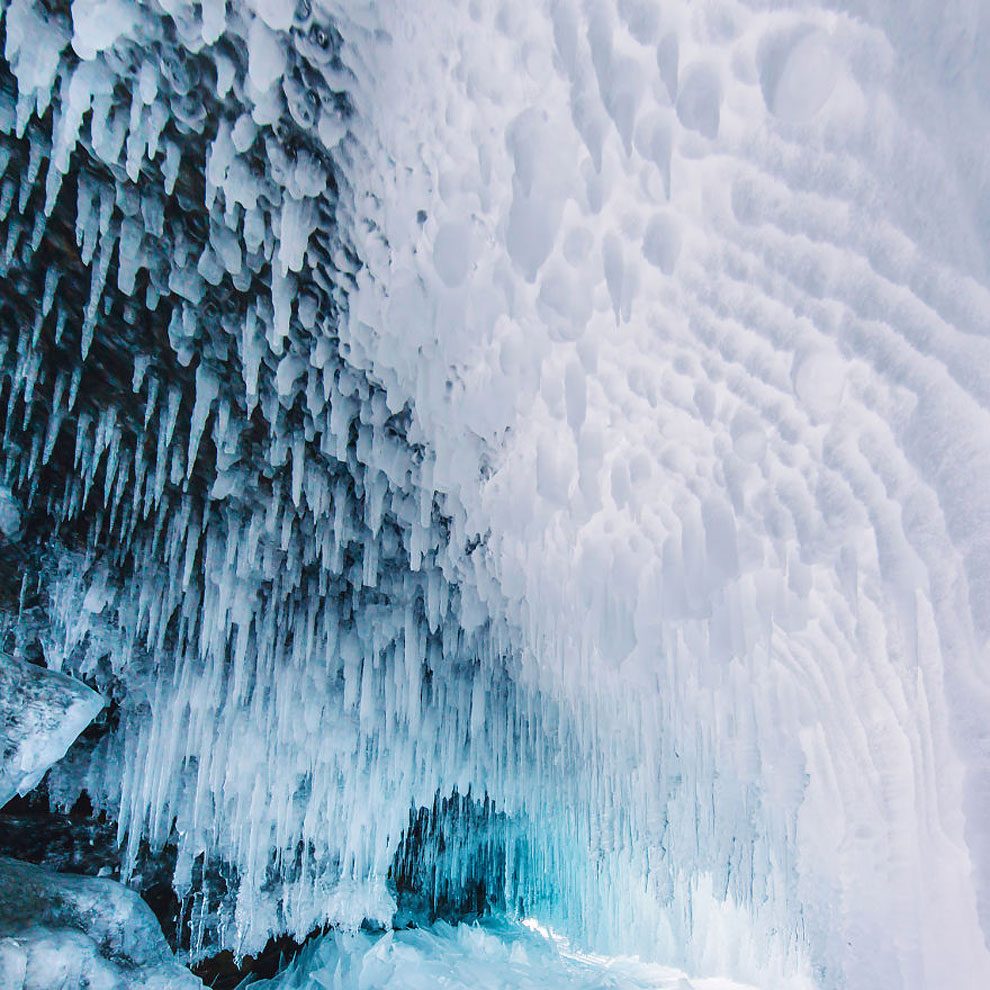 “There is a legend that the Father of Baikal had 336 rivers – sons – and one daughter – Angara. All sons were flowing into Baikal to restock the water, but the daughter fell in love with Yenisei (one more river in Russia) and started to take everything from father’s water to her lover. In respond, the father Baikal threw a huge rock into his daughter and cursed her. This rock is called Shaman-Stone, and it is situated in the springhead of Angara and is considered to be it’s beginning. Baikal is the most beautiful place in the world.” 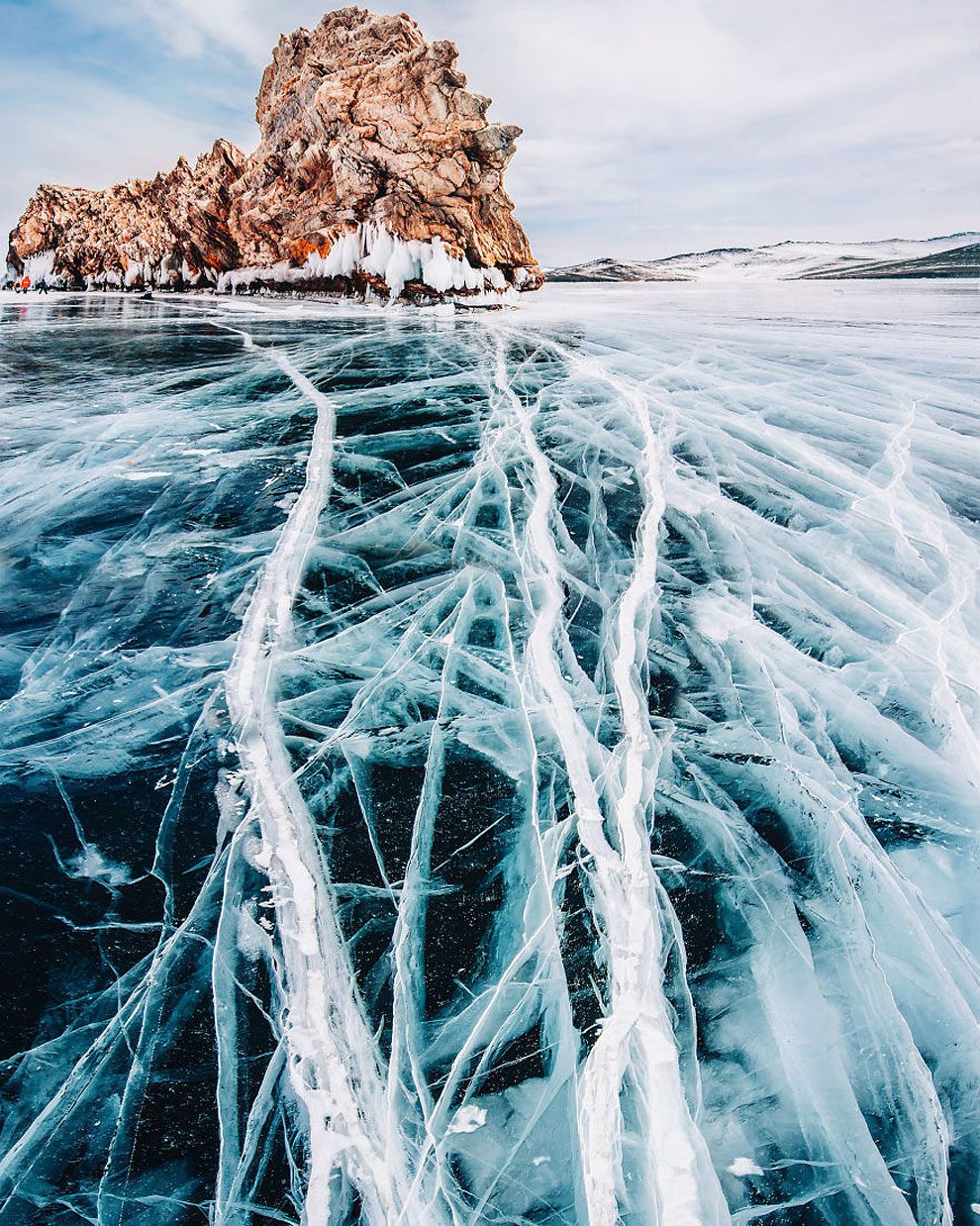 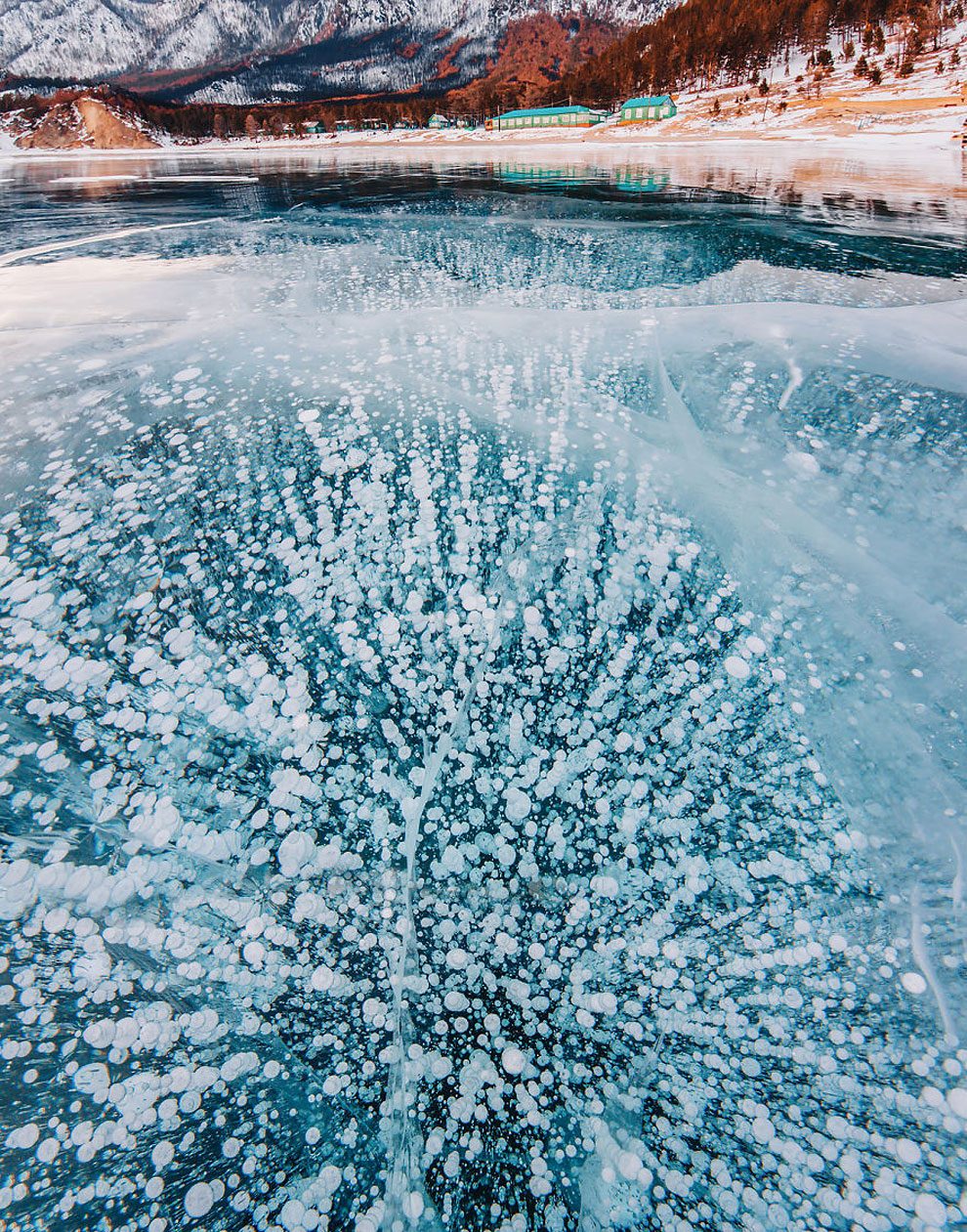 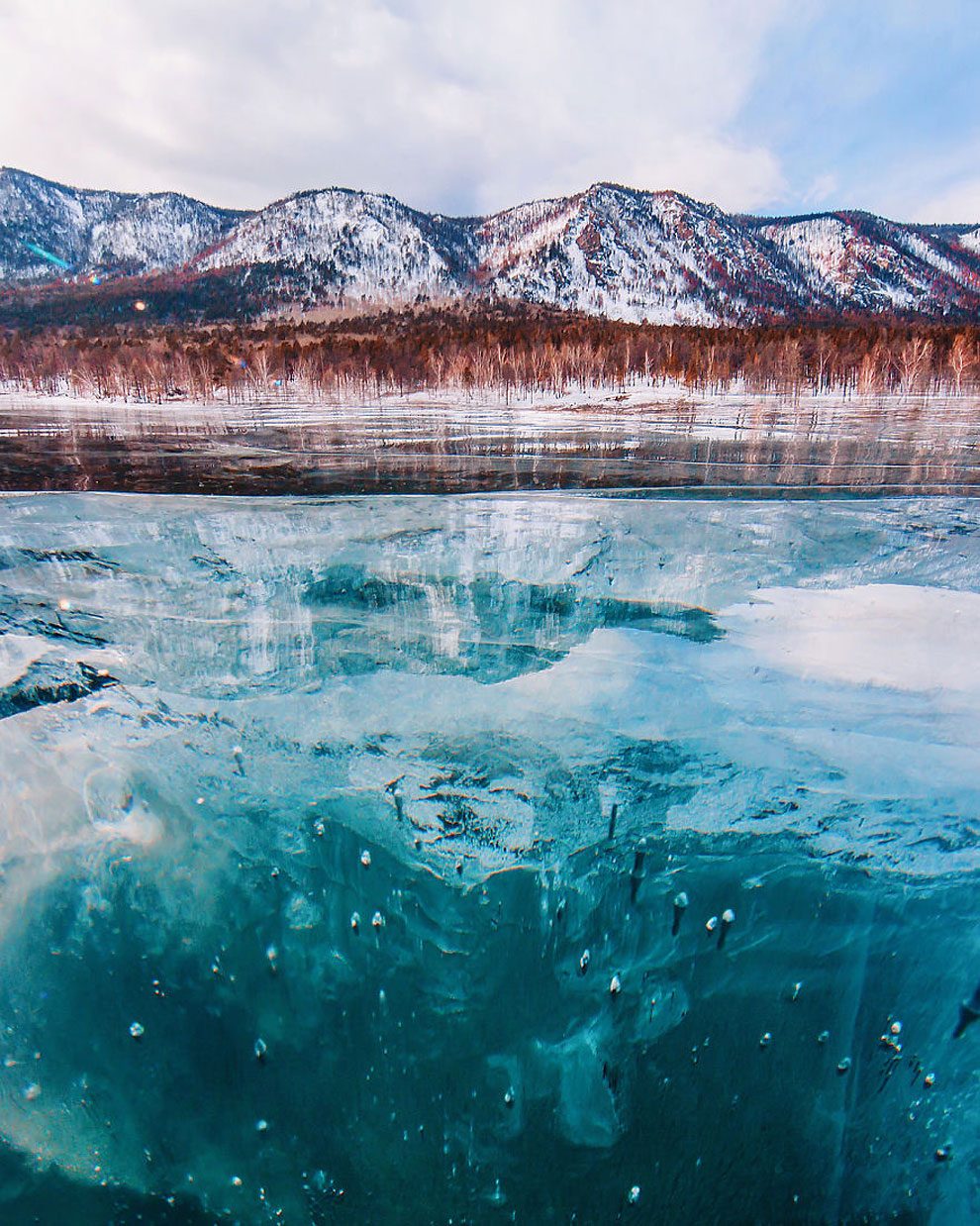 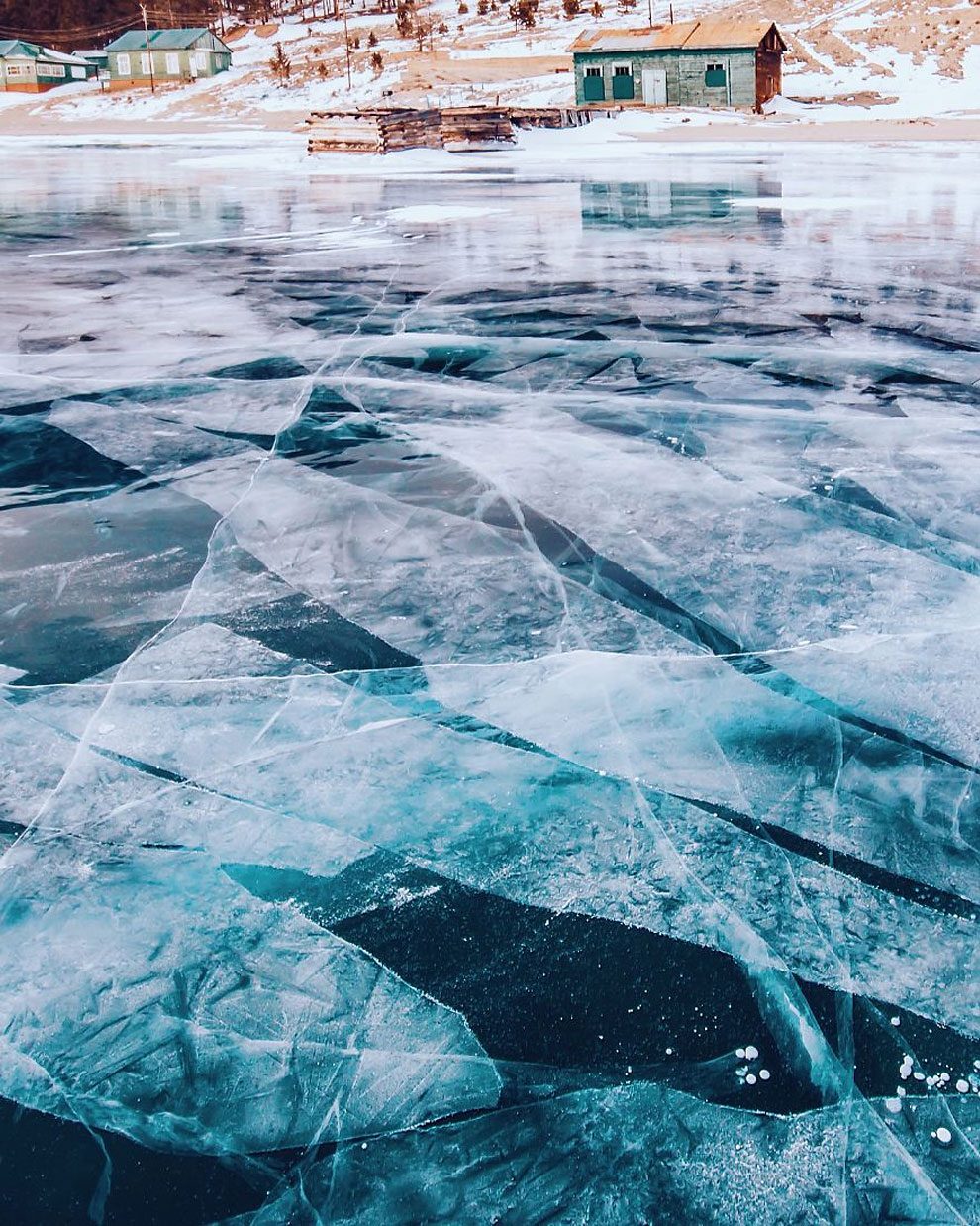 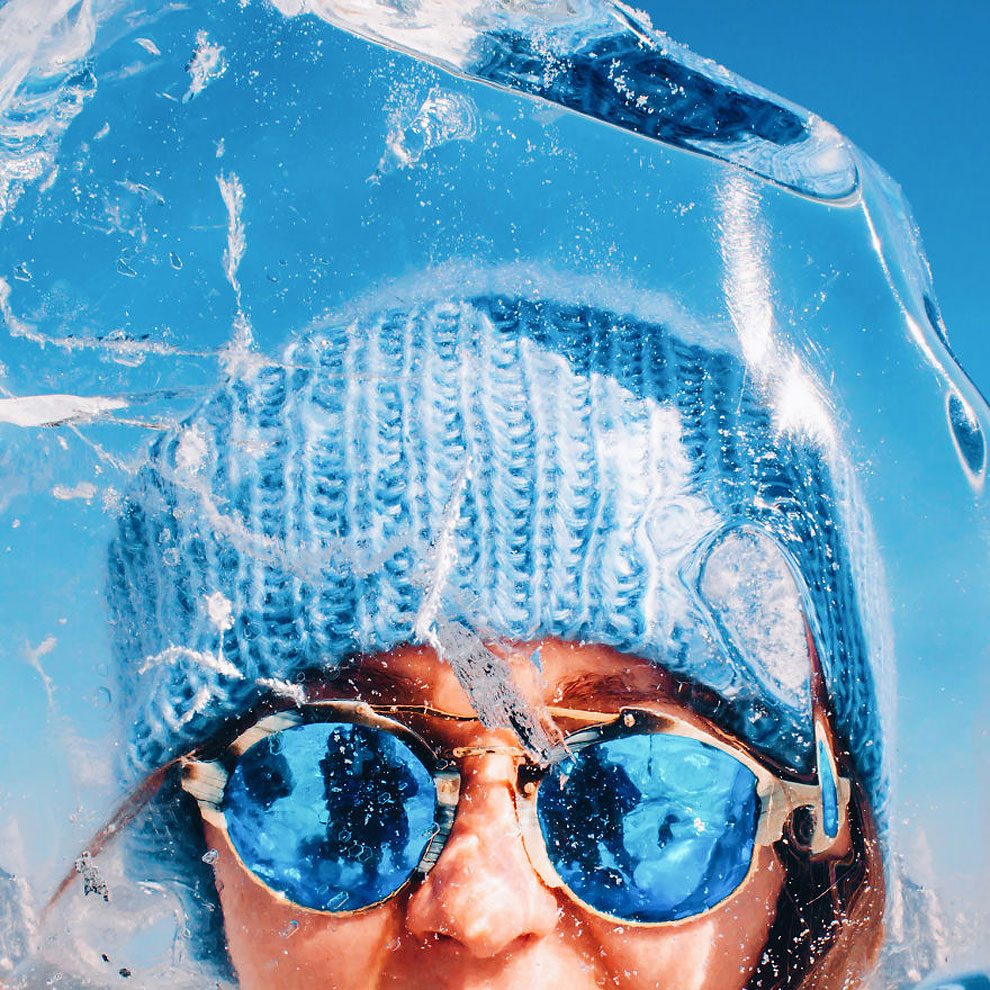 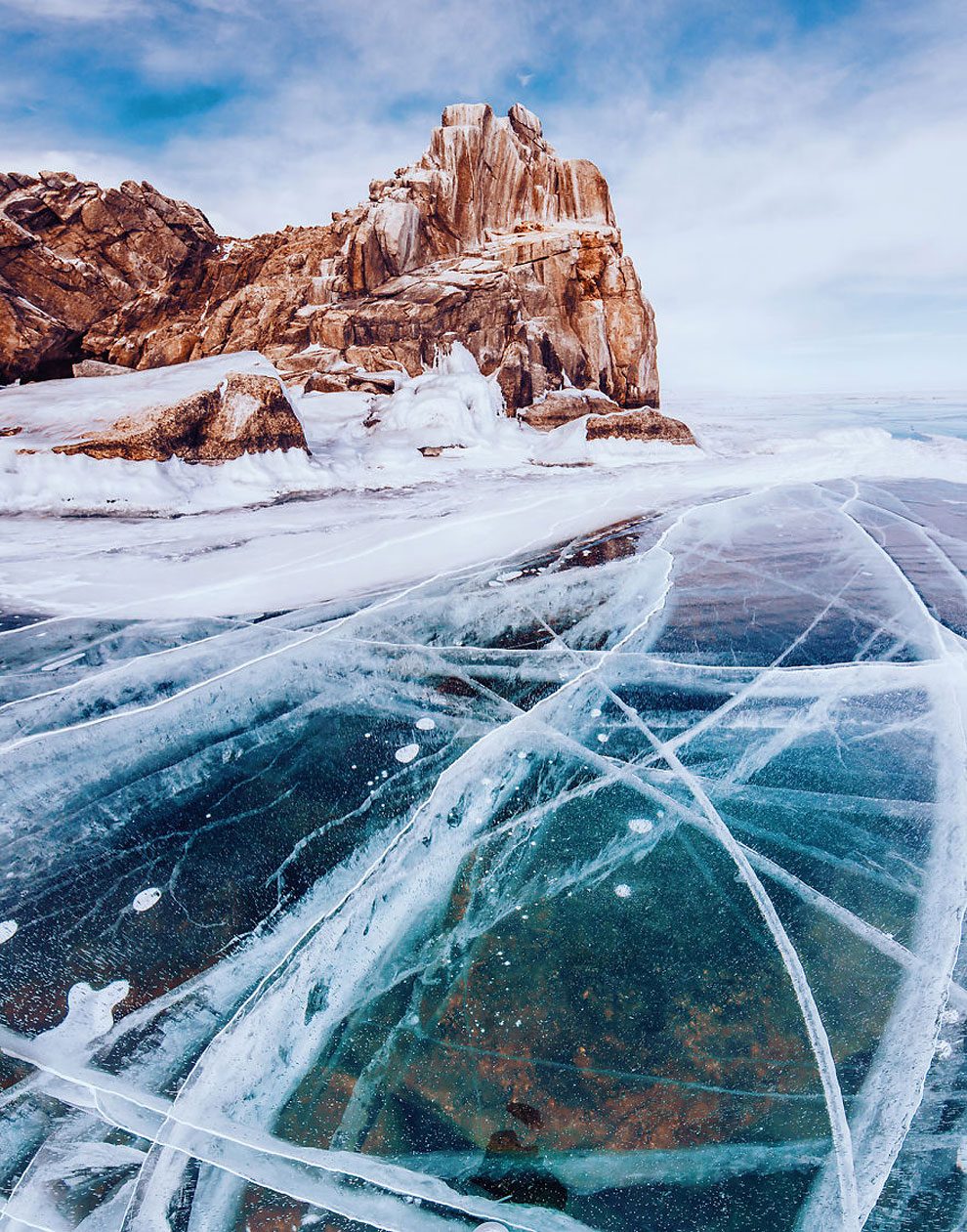 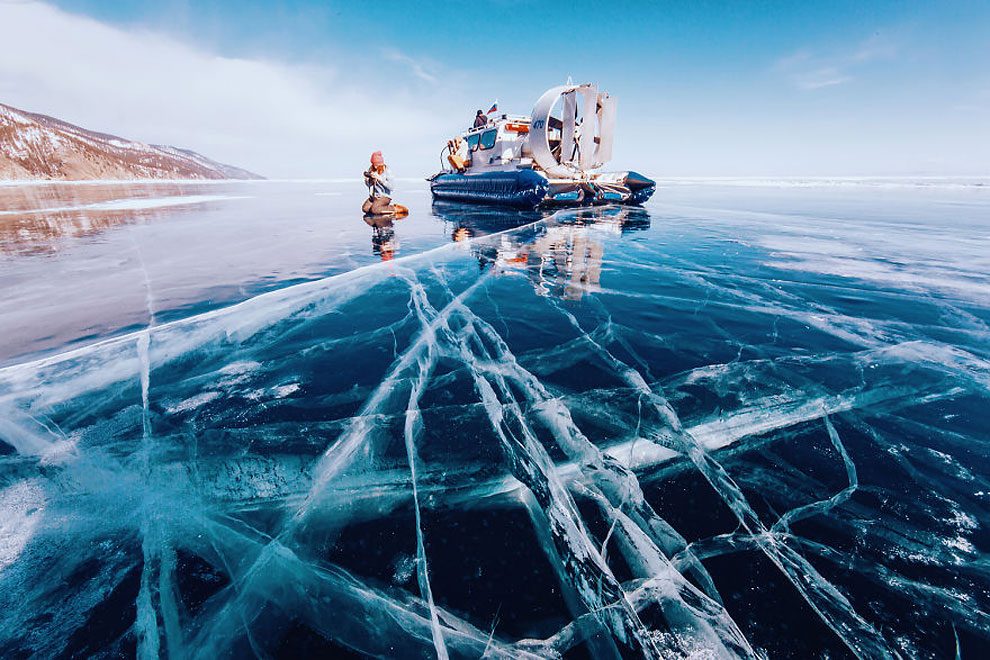 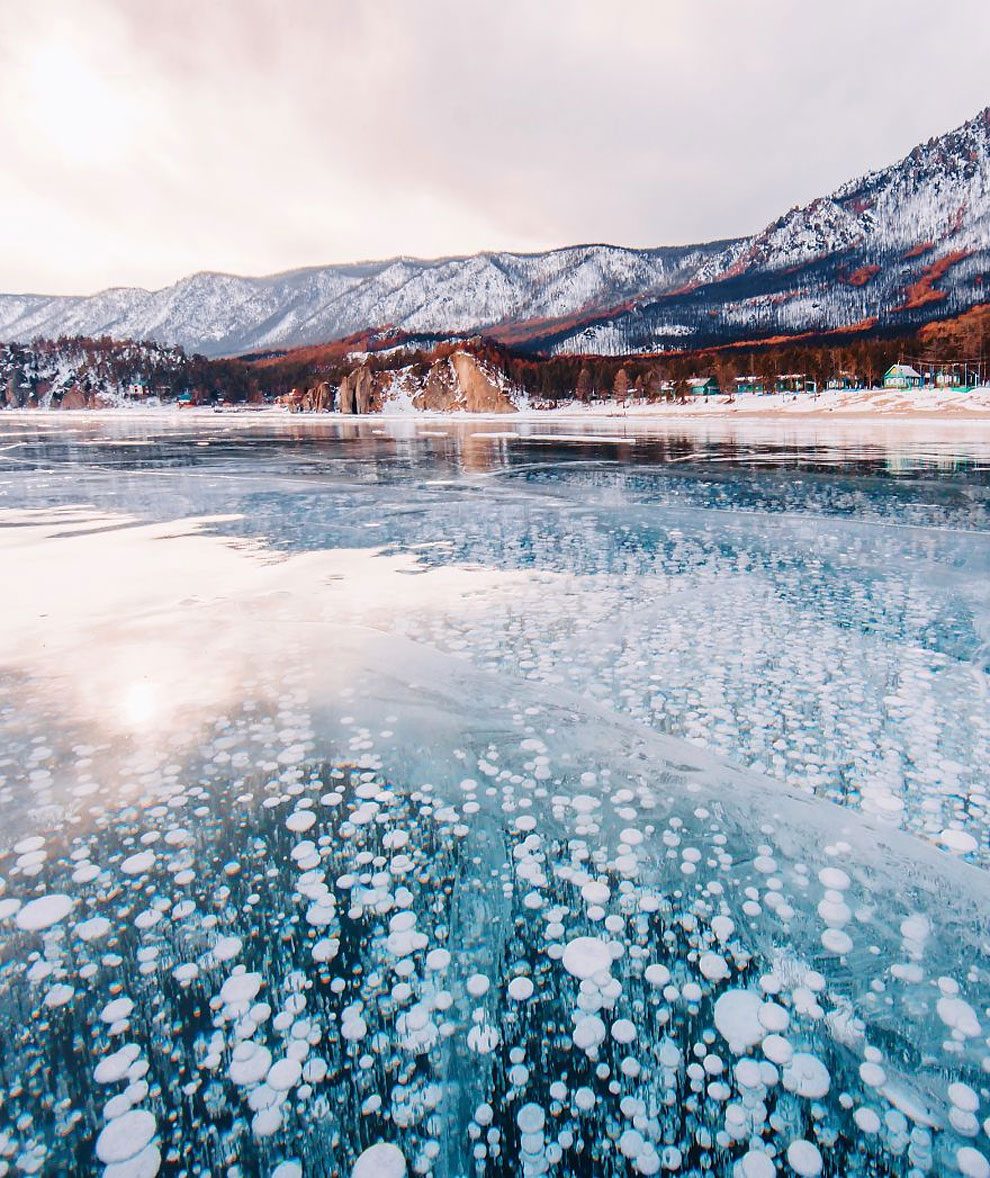 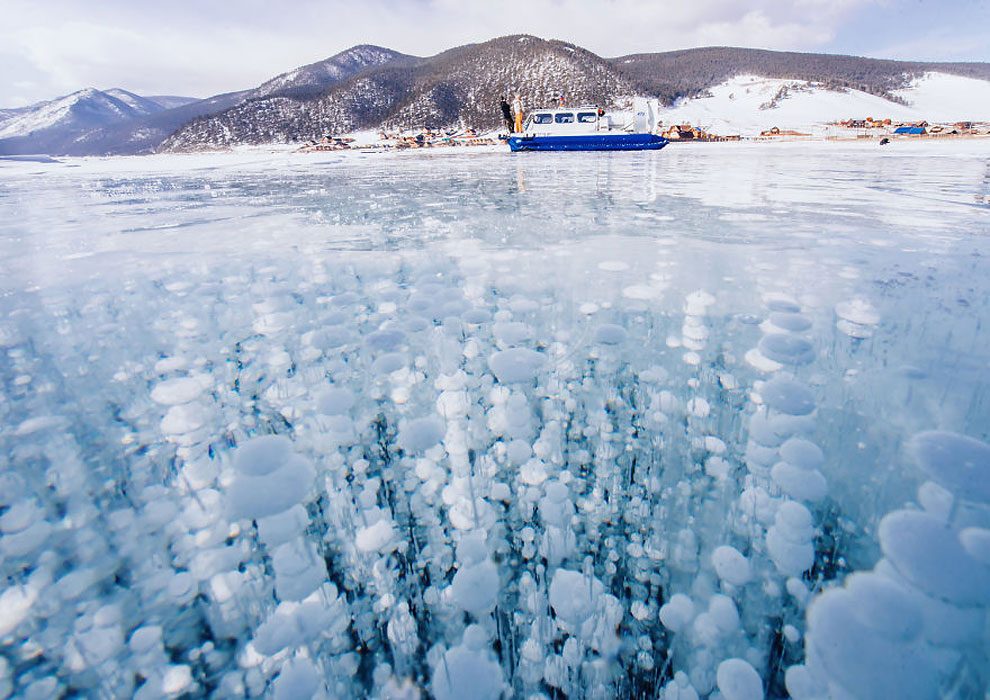 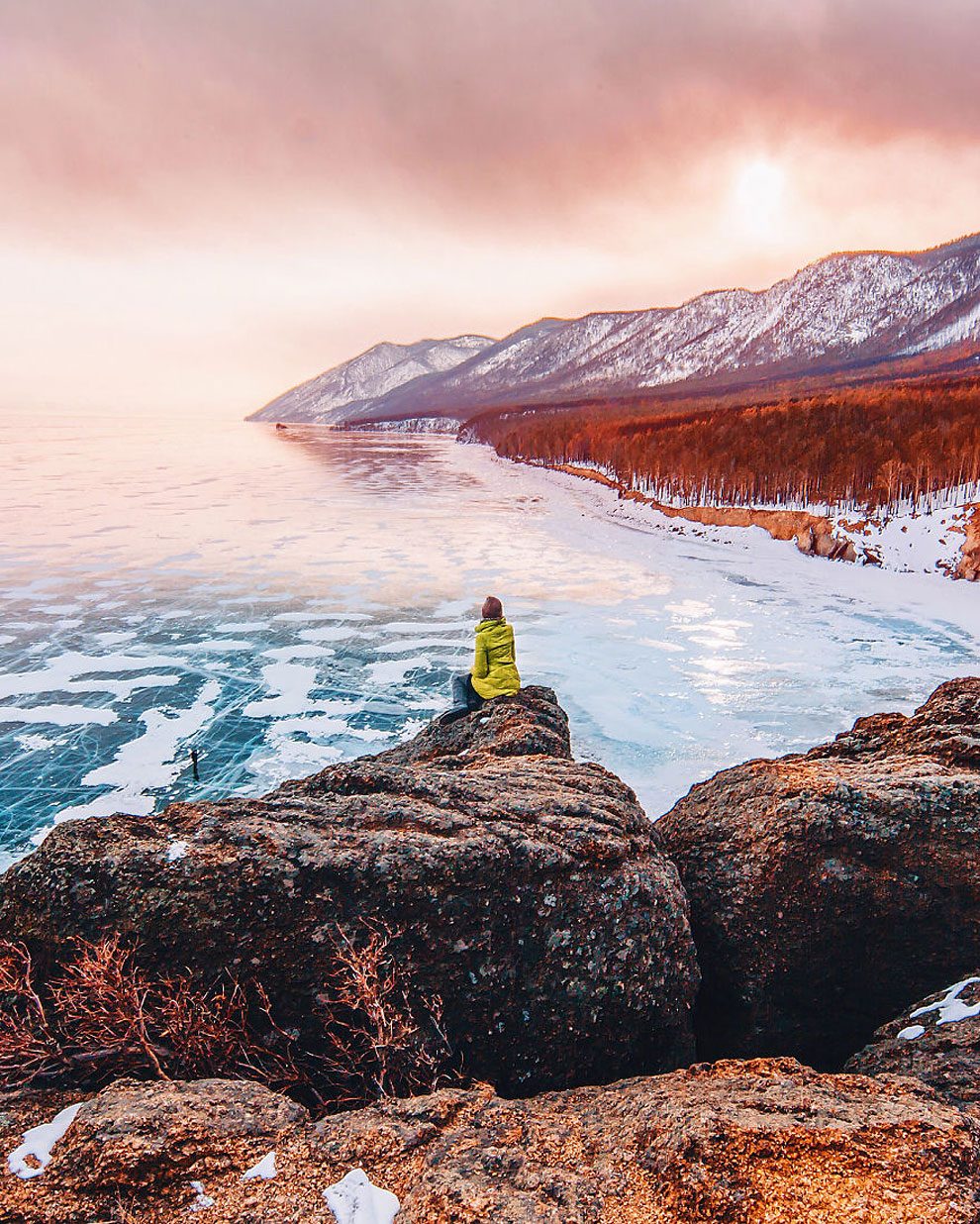 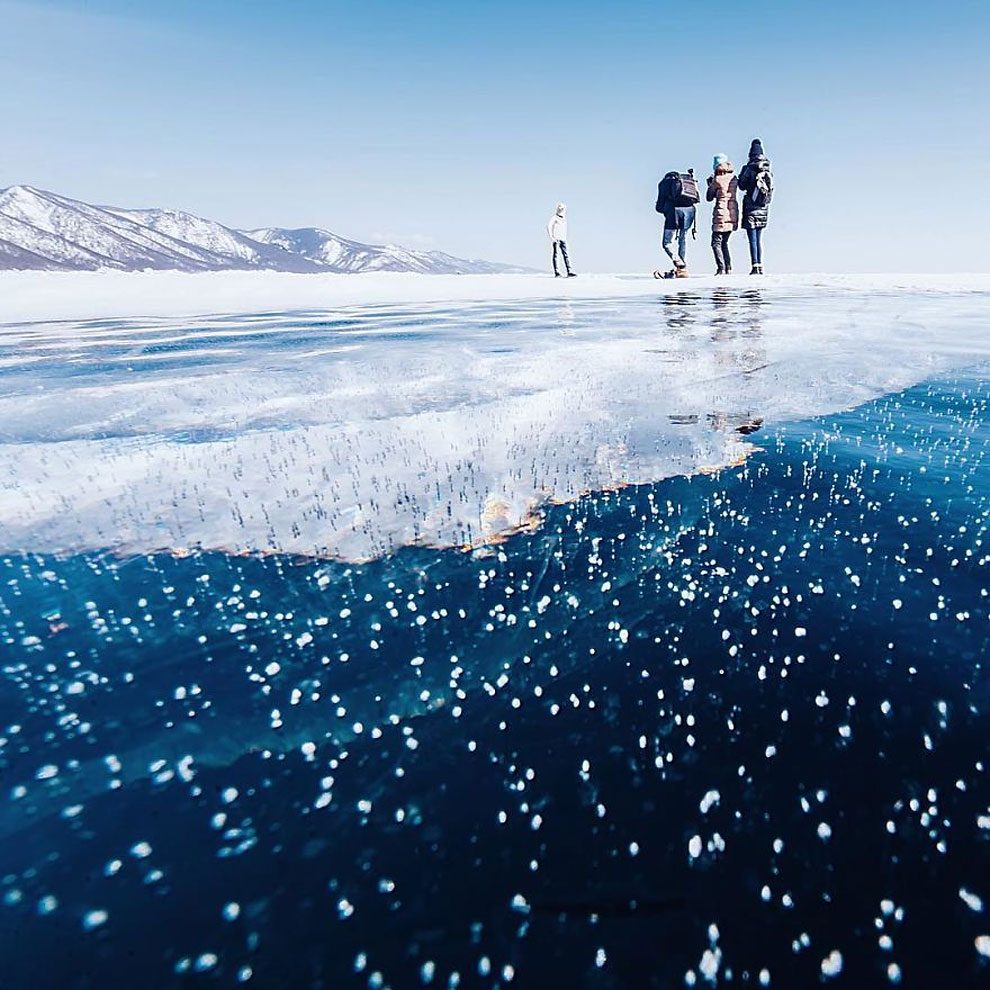 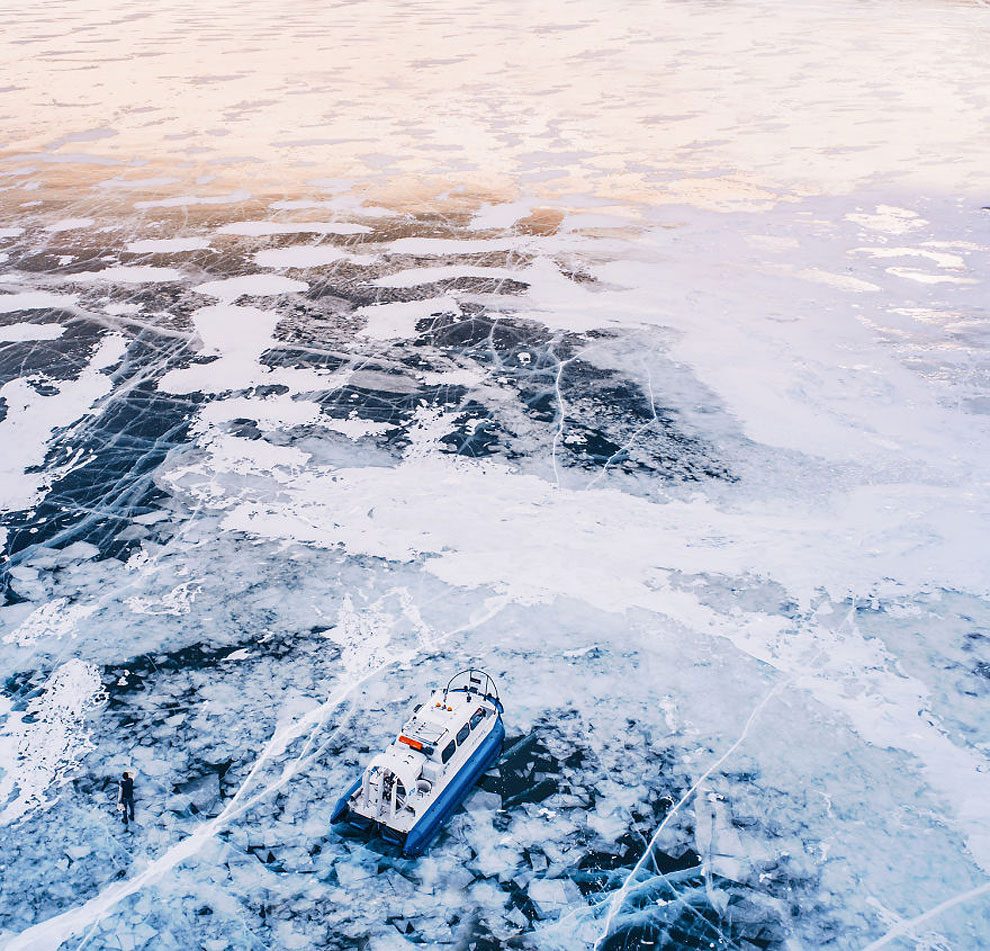 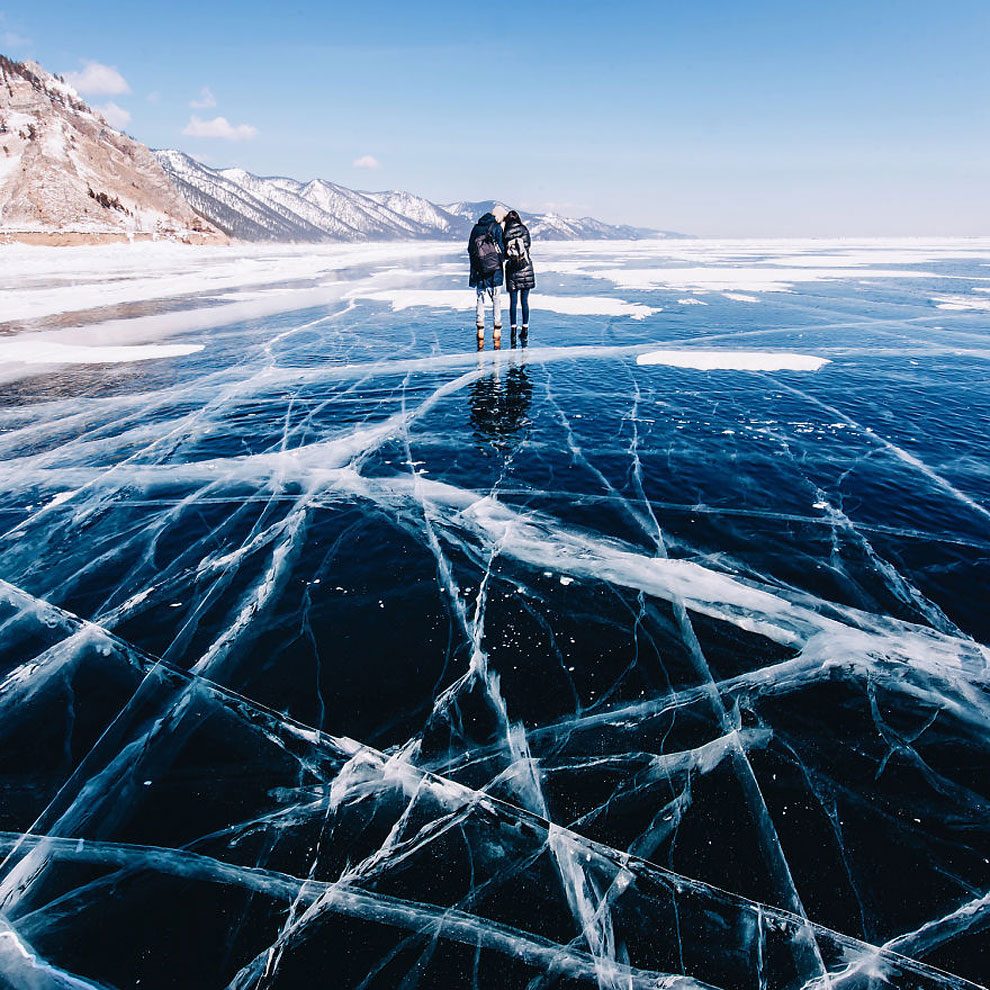 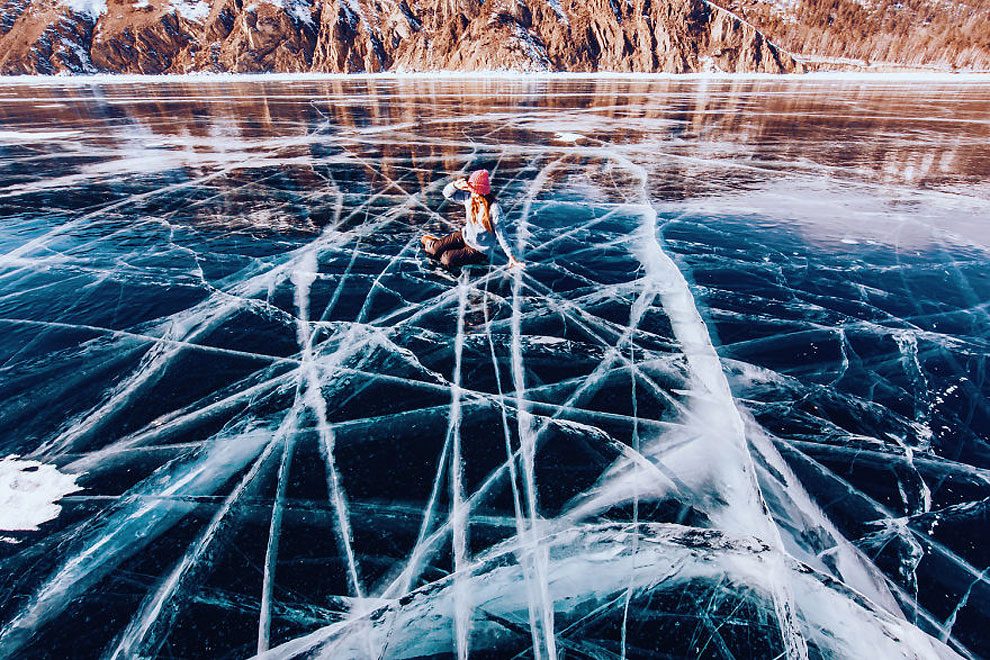 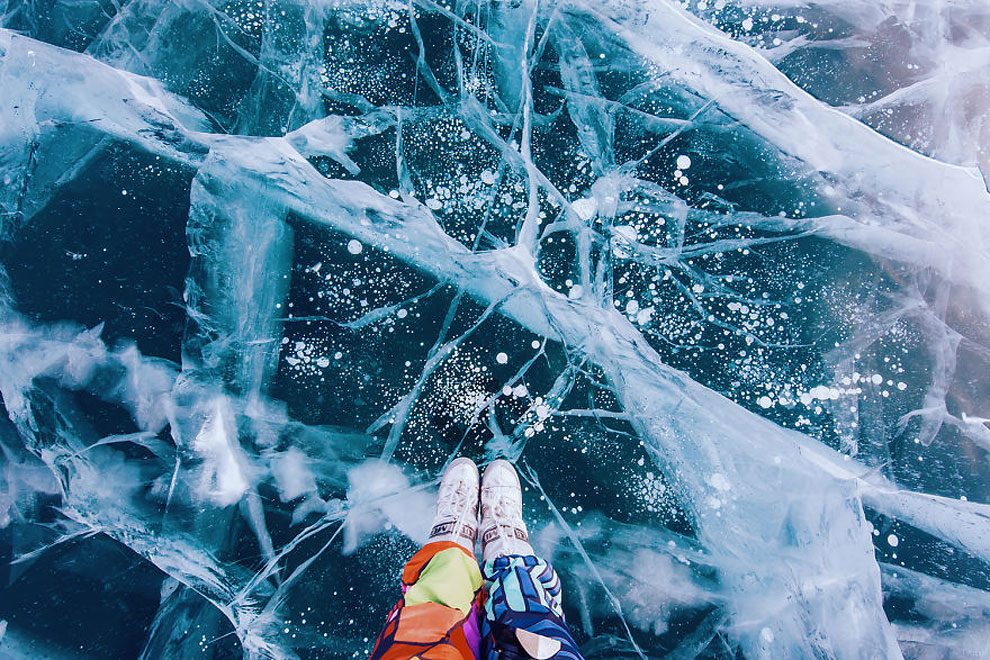 Snowlandia – World’s Largest Snow Labyrinth Opens In Poland
Breiðamerkursandur – Iceland’s Stunning Diamond Beach
The "No-Face" Day: Workers In China Wear Masks To Hide Facial Expressions
Highways On The Runway? New Dress Designs Show Infrastructure's Chic Side
Baikal Zen: Rare Phenomenon Makes Rocks Look Like They Are Floating Above Water
Photographer Documented An Empty Mall In NY During Peak Of Coronavirus Outbrake
Expressive Photos Of The Pillow Fight In Kiev, Ukraine
1,400-Year-Old Gingko Tree Sheds a Spectacular Ocean of Golden Leaves
Unearthly Views Of The Hidden Snow Cave In Kamchatka
This Street Art Duo Show Their Concerns With Planet Earth
Wonderful Color Pics Document The Trailer Life Of An American Family During The 1950s
A Photographer Traveled 15,000 Miles Around New Zealand To Take The Perfect Shots
Lemurs Beat the Heat with Frozen Fruit
Russian Blogger Went On A Trip Around The Apartment During The quarantine - Repeating Photos From Real Travels
A 100+ Year Old Tree Growing Inside A Church In Greece
This Woman Restored An Old Van To Make All Her Traveling Dreams Come True
This Royal Navy Sea King Helicopter Transformed Into Glamping Pod
Is This The Ultimate And Most Dangerous Infinity Pool In The World?
Waldo Is A Real Guy And You'll Love Following His Adventures
What a Dick: The Porniest Grave in Paris's Père Lachaise Cemetery
Inside the Gruesome Mummies of Guanajuato in the 1950s
Hukou Waterfall: The Yellow Waterfall
The Surreal Desert Landscapes Of The United States Of America
Glass Beach: Where Nature Has Turned Pollution Into Beauty
baikal, deepest, earth, frozen, oldest, walking