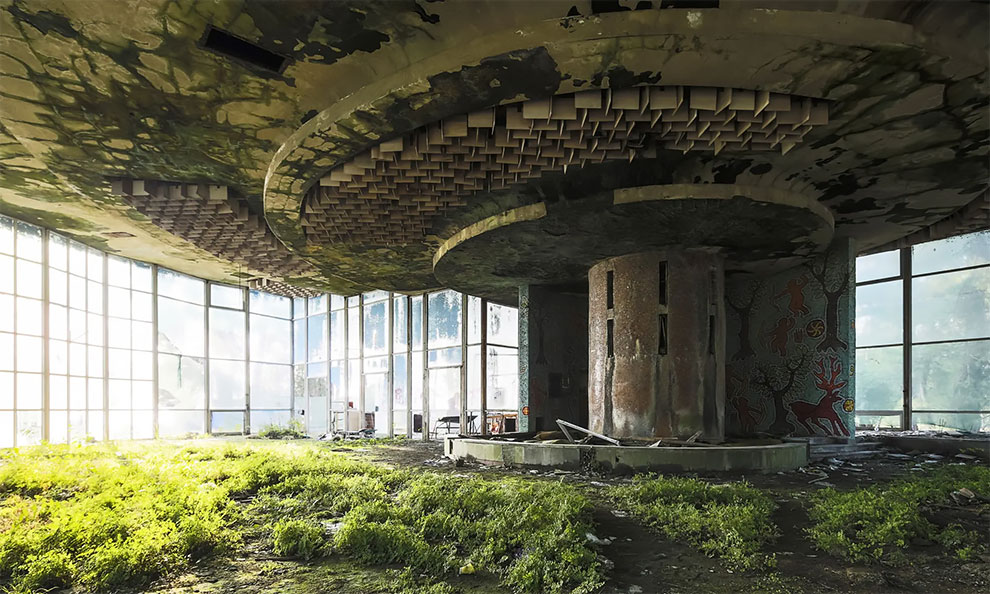 Earth Photo, the international competition and exhibition created by Forestry England and the Royal Geographical Society with IBG, aims to encourage discussion about the environment by telling stories about the natural world, its inhabitants and our treatment of both. 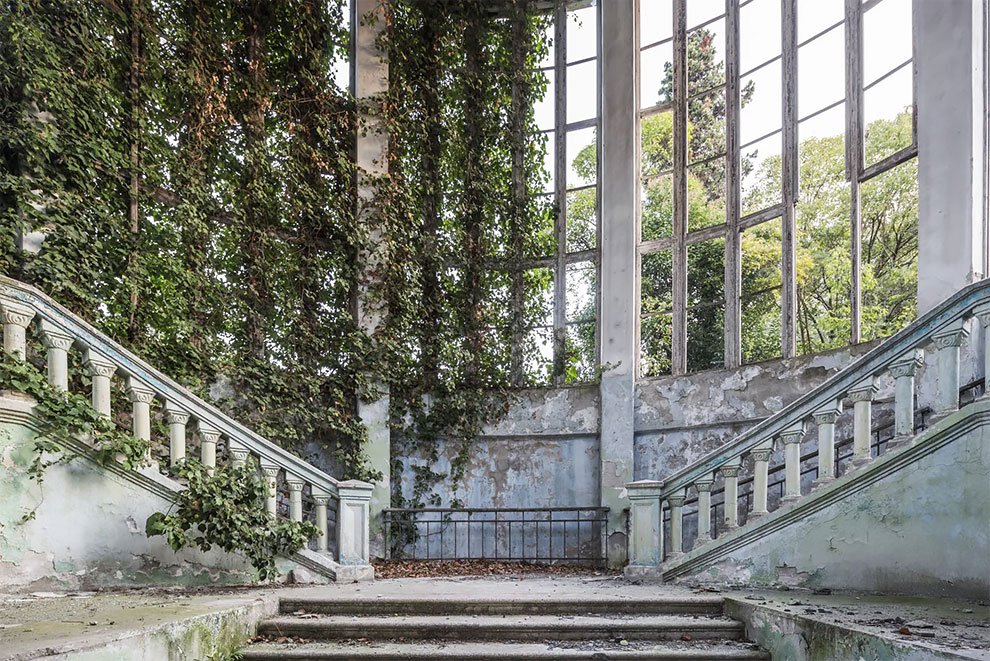 Jonk is a freelance self-taught photographer whose work focuses on humans and their relationship with nature. His images aim to raise awareness of the ecological crisis facing humanity. Fascinated by abandoned places reclaimed by nature, in 2018 he published Naturalia: A Chronicle of Contemporary Ruins, which asks the fundamental question: what is the place of humans on Earth and their relationship with nature? 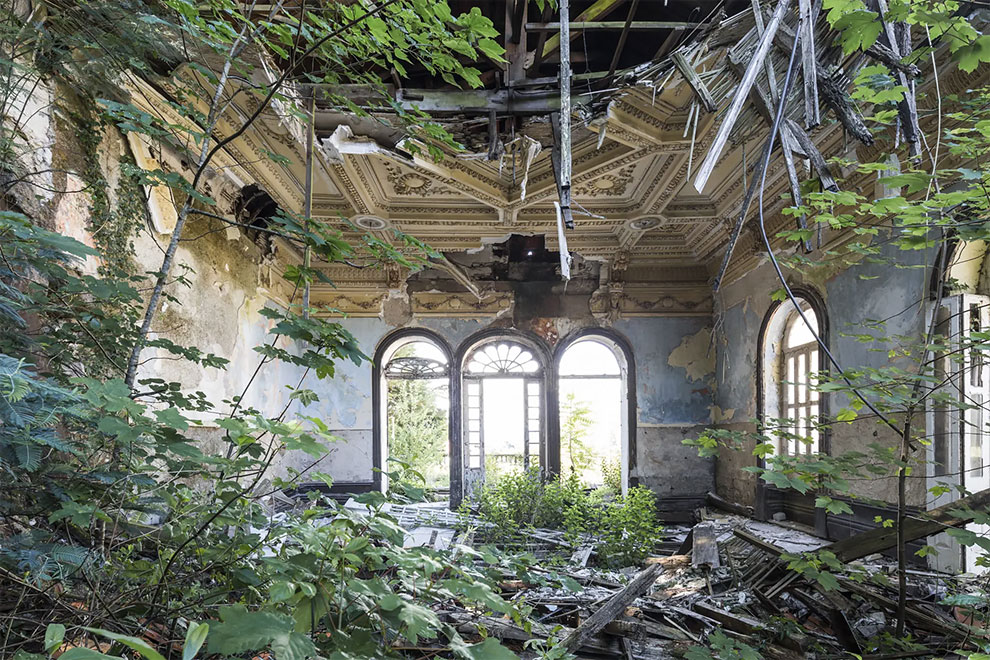 Far from being pessimistic, and at a time when human domination of nature has never been so extreme, his series of images aim to awaken our ecological consciousness. Nature is stronger, so whatever happens to humans, nature will always be there. The judges said: “This body of work gathers fragments of stories of human environments ‘taken back by nature’. While the images from all over the world have vivid clarity, they also warp the viewers’ perceptions of time and change.” 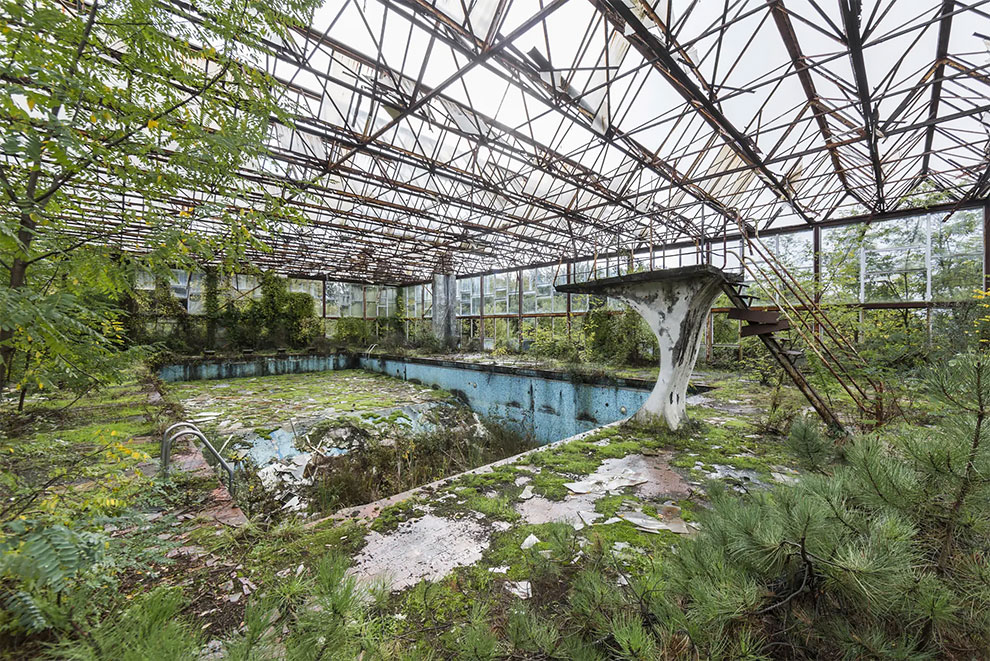 While they serve as a mournful commentary on the 20th century – the era of the ‘great acceleration’ – there is also something hopeful in the vivid evidence of the patient and robust capacities of the non-human world to recover. 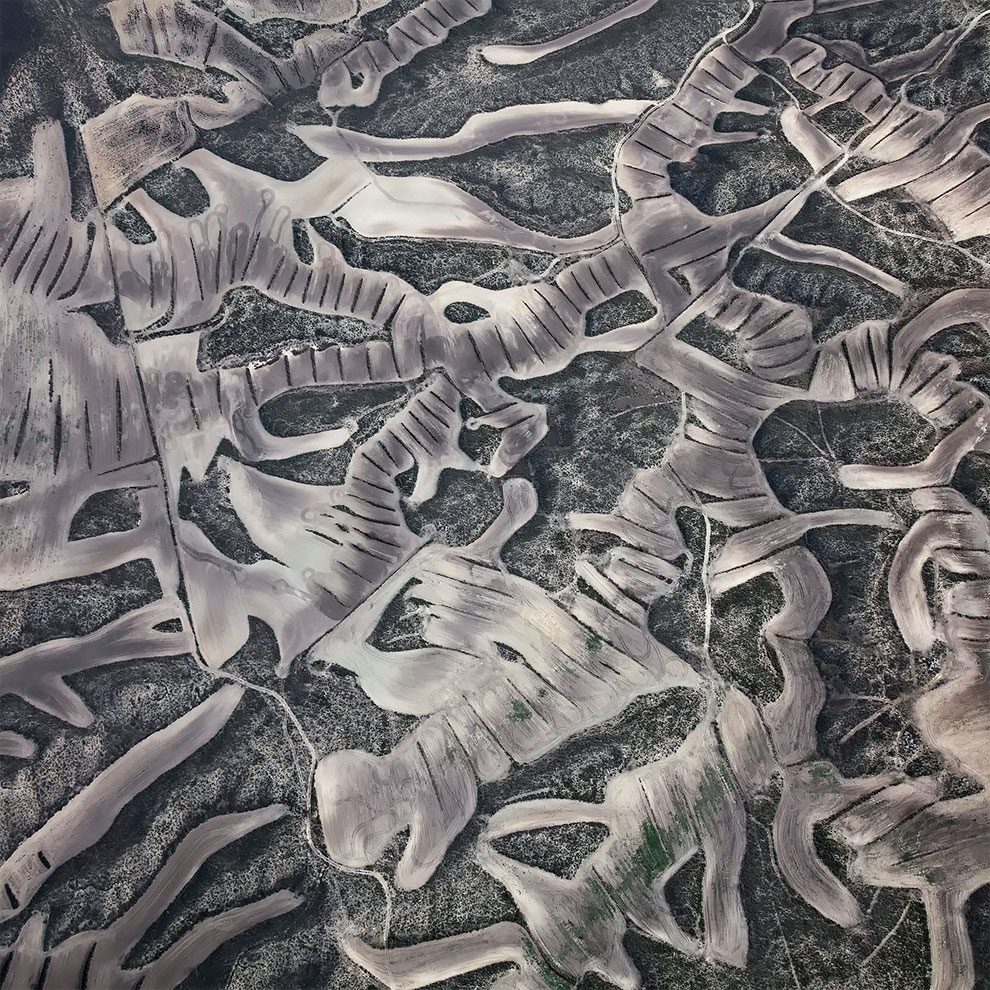 Yi Sun is an aerial landscape and travel photographer based in the UK. His photographs are created by flying in light aircraft or helicopter and shooting straight down at the landscape while the aircraft doors are open. One long-term project is to document the impact of human influence on the environment. Like the rest of Spain, Aragon has been suffering severe droughts for decades. This image of farming fields was taken at more than 3000ft from a two-seat plane. 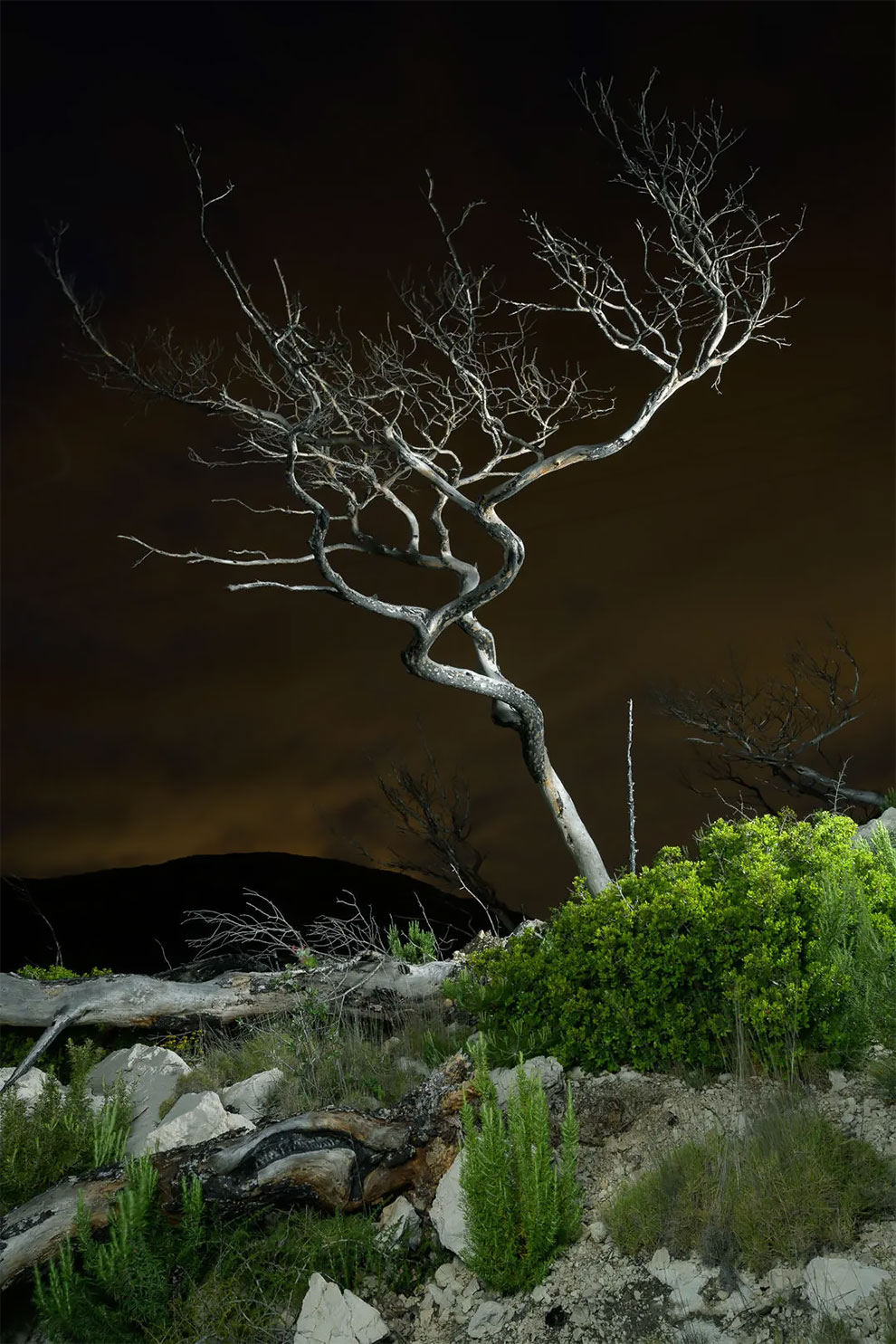 For several years Charles Xelot has studied the notion of limits and borders. His practice is full of curiosity and leads him to explore social and environmental changes. In his new collection, Ashes, Xelot photographs nature destroyed by fire. By using artificial light, he reminds us that fire is a side-effect of human activity and therefore those landscapes are not totally natural. This photograph was taken two years after a forest fire, and only a few shrubs grew back. The trunk of the dead tree is still intact but grey as ash.

A Climate of Change category winner: In Moleca by Joe Habben 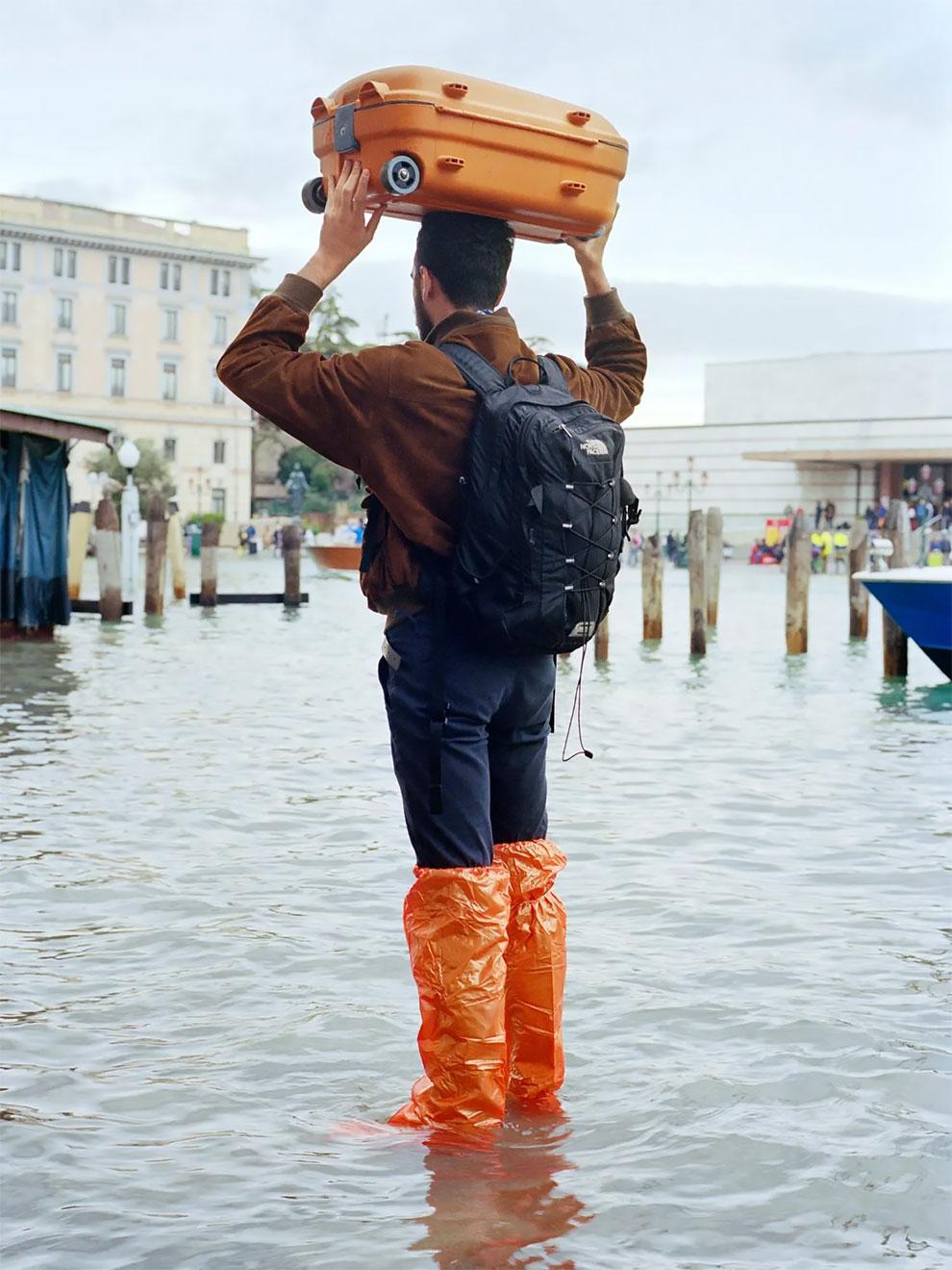 Joe Habben is a Glasgow-based photographer whose work focuses on human intervention, exploring globalisation, public space, global warming and social behaviour. He has become more socially and politically motivated in recent years in response to the climate crisis. Conveying the human condition through a sense of unfamiliarity, he reveals new interpretations of “truth”. This image, In Moleca, documents the events and effects of the high-water which transpires annually in the city of Venice, Italy. This tidal activity is a natural occurrence, however in recent decades it has been exacerbated by the effects of human activity. 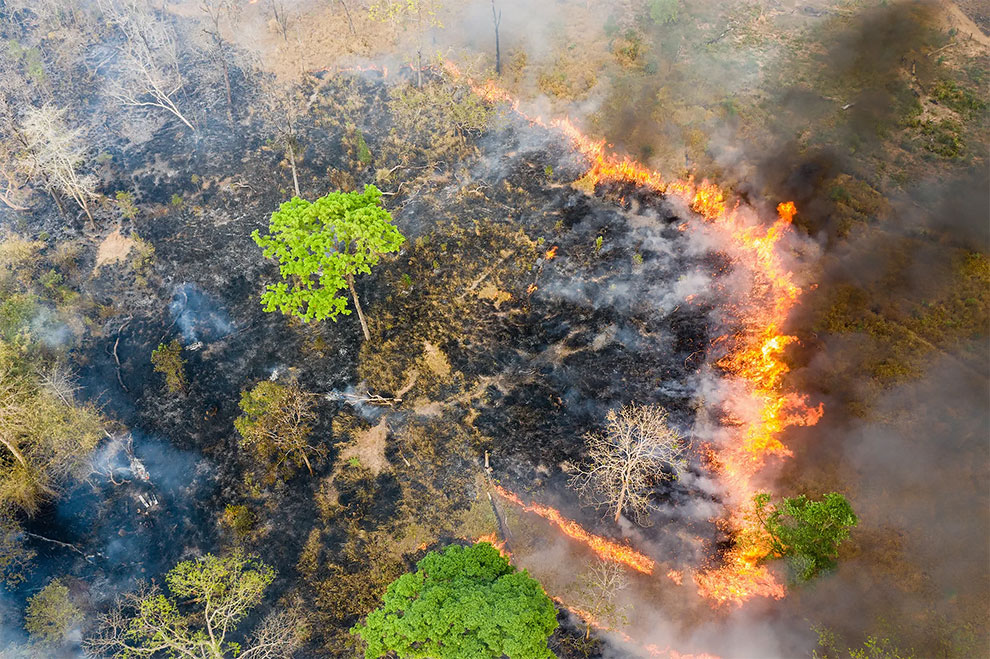 Sean Gallagher is a British photojournalist and film-maker whose work focuses on highlighting issues related to the climate crisis and other global environmental problems.

This project, Cambodia Burning, was made in early 2020 and shows the impact of rampant deforestation. In 2018, fires burnt in record numbers throughout the forests of north and central Cambodia. At their peak, up to 1,800 fires. Deforestation has been accelerating too, and it is estimated that there is only 3% of primary forest left throughout the country. 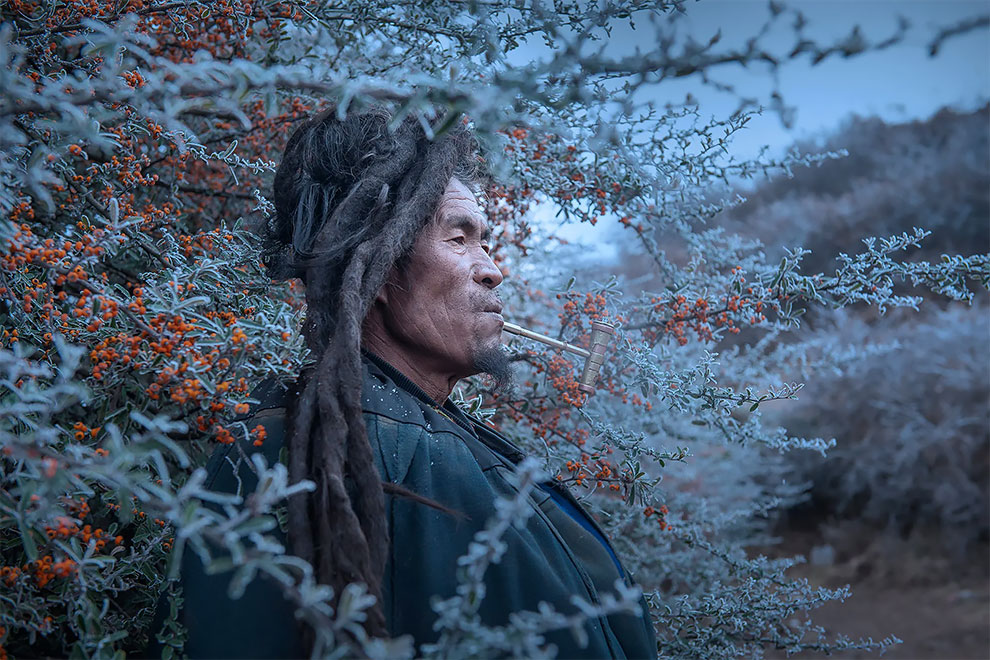 This work was taken in the Daliang mountains, Liangshan Yi Autonomous Prefecture, the largest settlement of Yi people in China. The mountains are at the junction of the Sichuan and Yunnan provinces and cover more than 60,000 sq km, with a total population of 4,730,400. More than 10 ethnic groups such as the Han, Yi, Tibetan, Mongolian and Naxi live in the territory. Young people in the mountains often move out of the provinces to work, leaving the elderly and children at home. The man in the picture is missing his relatives.

Deliveries Surge During Quarantine, This Is How Delivery Guys “Hide” Packages
Timeless New York Street Scenes Photographs In The 1950s, Found In A Home's Attic After Nearly 50 Years
Twitter Thread Roasts Bathtub Tray Ads For Women
Photographer Brent Stirton Captured Magnificent Images Of Mursi Warriors Of The Omo Valley In Ethiopia
The Best Photographs Taken With ‘Krappy Kameras’ In 2017
"Below Zero": French Photographer Christophe Jacrot Captures Russian City Of Norilsk Covered In A Snow Blizzard
Attractive Female Portraits By Natalia Ivanova That Show How Diverse And Beautiful Humans Are
This Artist Skirts Instagram Nudity Rules By 'Turning Rear Into Scenic Landscapes'
“After the Apocalypse” by Photographer Lori Nix
Artist Photographs Workers On The Streets Of Tokyo To Pay Homage To The Proud Work Ethics Of Japan
"Mercury Ahead!": The BepiColombo Mission Has Captured Its First Views of Planet Mercury
Wonderful Photos Of John F. Kennedy With His Children In Halloween Costumes In The Oval Office
Russian Lara Croft Cosplayer Ended Up In A Grip Of A Massive Bear
Photo of the Day: You Drive!
Beauties Of Octoberfest, The World's Most Iconic Beer Festival 2019
Robots at CES 2012: Hard Working, Funny and Dancing
Amazing Winning Photos Of Minimalist Photography Awards 2022
Japanese Photographer Captures Mystical Shrines Covered in Snow
Mugshots of Сhild Сriminals of Edwardian Britain, 1900-1910
Bad Girl Mugshots From Between The 1940s And 1960s
Anthropocene Mapping: The Human Influence On Earth
Glow Worms Turn This New Zealand Cave Into Starry Night
"Flower Power": The Superb Floral Photography and Collages by Ashley Marie
Earth, Then And Now: Dramatic Changes In Our Planet Revealed By Incredible NASA Images
contest, earth, winners