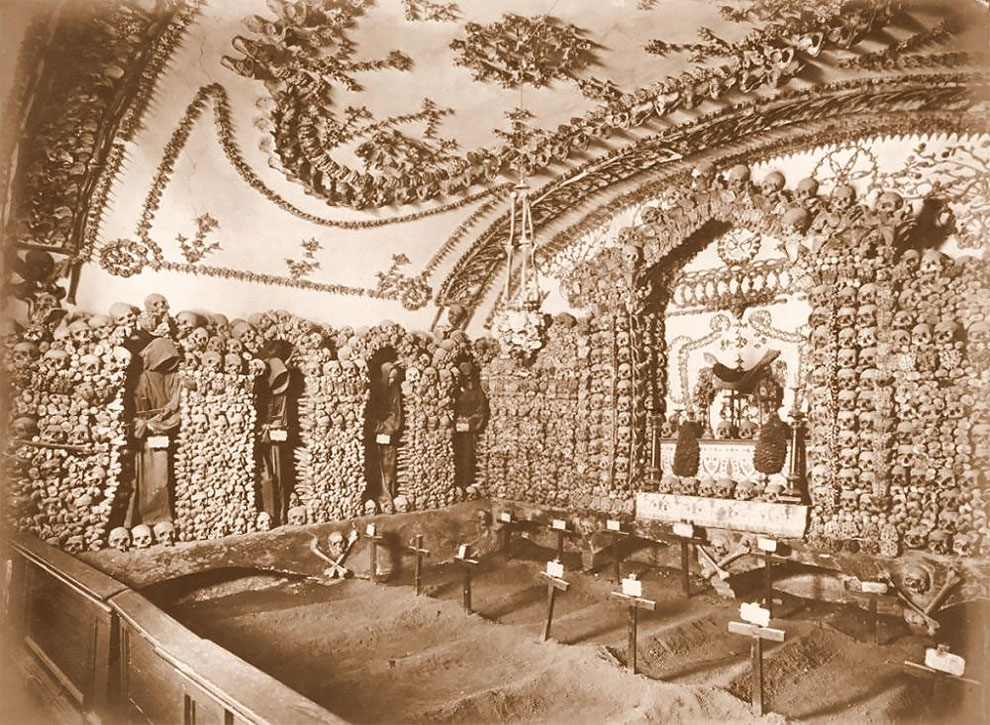 Popularly known as the Capuchin Crypt, the ossuary displays the bones of over 3,700 Capuchin friars, who died between 1528 and 1870. It is ornately decorated with skulls and bones displayed in the Baroque and Rococo styles, with a skeleton dressed as ‘Death’ standing in a niche. 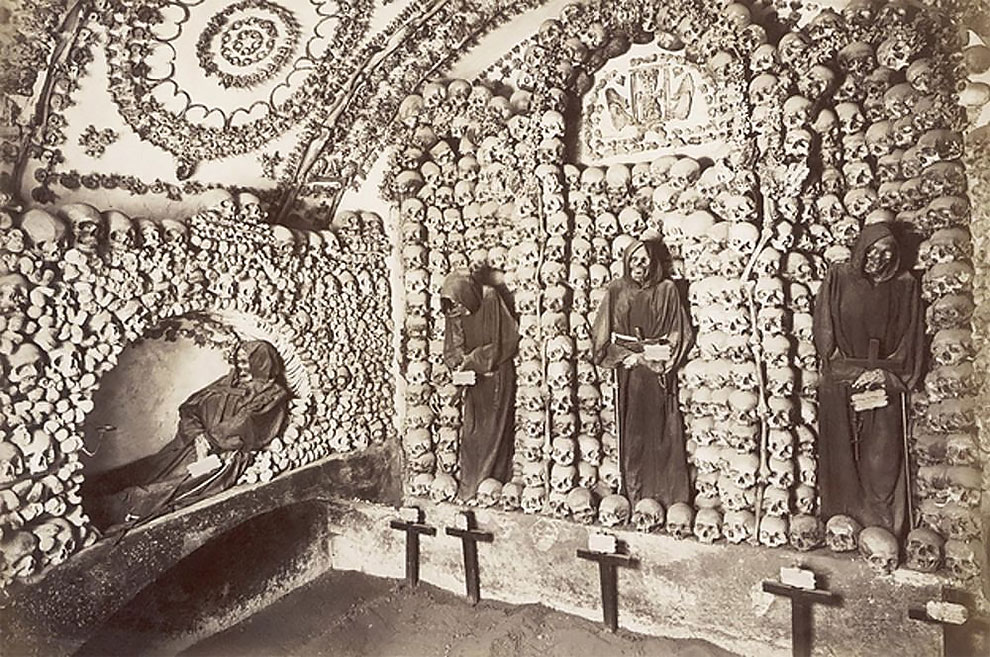 The Capuchin Crypt is a small space comprising several tiny chapels located beneath the church of Santa Maria della Concezione dei Cappuccini on the Via Veneto near Piazza Barberini in Rome, Italy. It contains the skeletal remains of 3,700 bodies believed to be Capuchin friars buried by their order. The Catholic order insists that the display is not meant to be macabre, but a silent reminder of the swift passage of life on Earth and our own mortality. The crypts opened to the public in 1851, but it wasn’t until the following year that women were also allowed in. 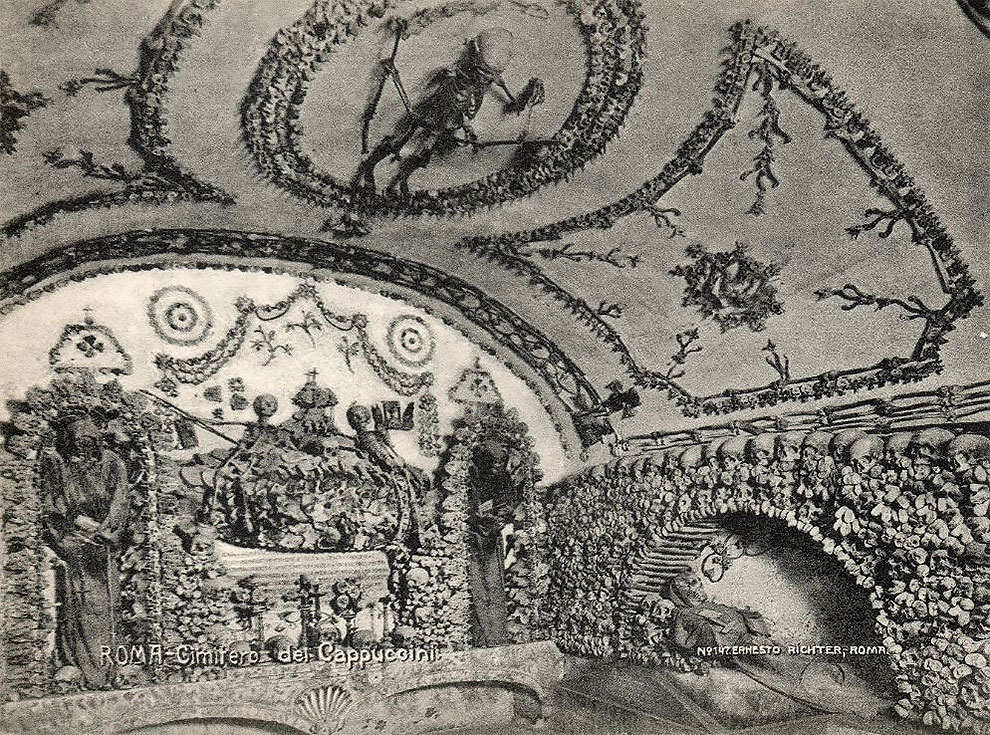 “This must be a revolting sight,” said I to my friend; “and what appears to me yet more disgusting is that these remains of the dead are only exposed in this manner for the sake of levying a tax on the imbecility of the living.” — J. D. de Chatelain, 1851 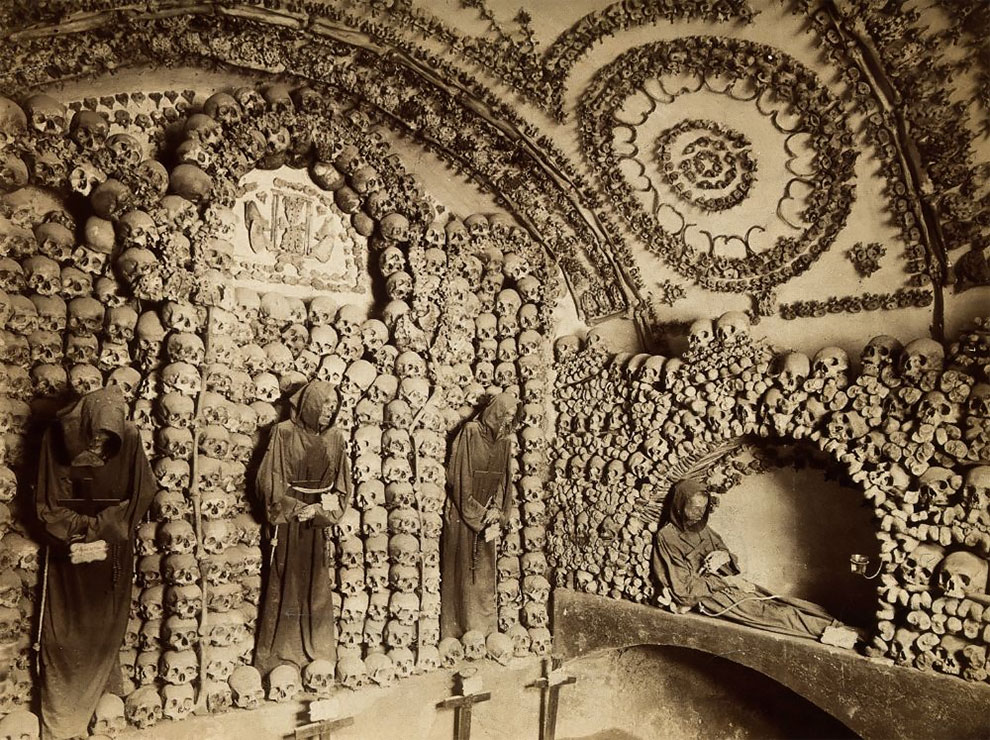 When the monks arrived at the church in 1631, moving from the old monastery, they brought 300 cartloads of deceased friars. Fr. Michael of Bergamo oversaw the arrangement of the bones in the burial crypt. The soil in the crypt was brought from Jerusalem, by order of Pope Urban VIII. 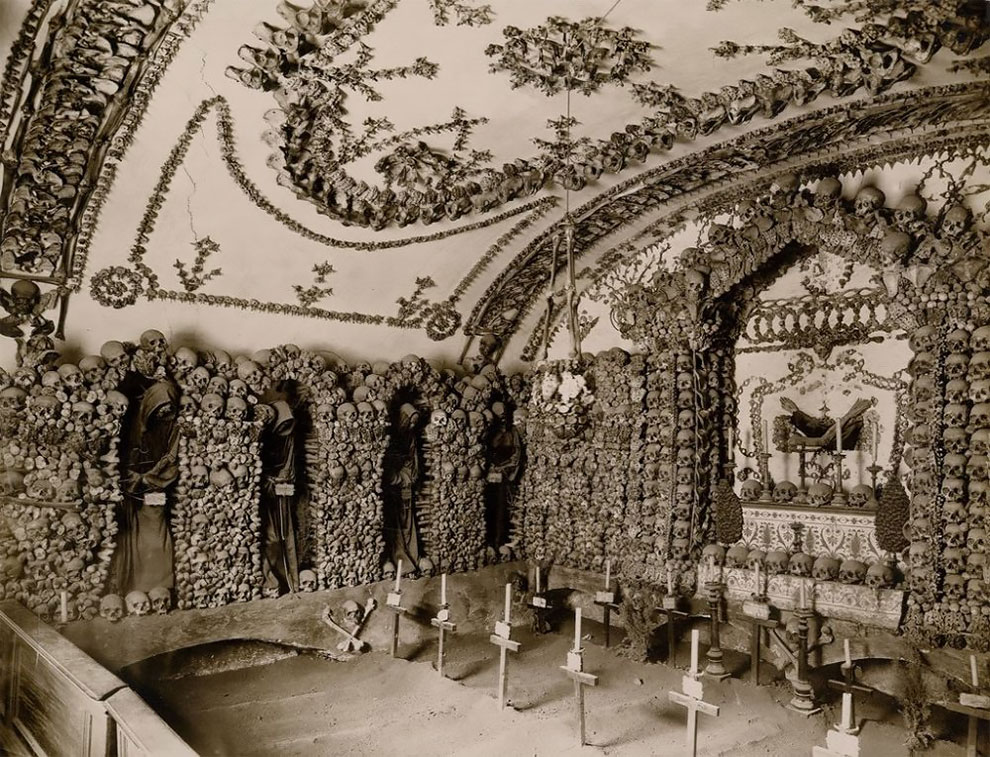 As monks died during the lifetime of the crypt, the longest-buried monk was exhumed to make room for the newly deceased who was buried without a coffin, and the newly reclaimed bones were added to the decorative motifs. Bodies typically spent 30 years decomposing in the soil, before being exhumed. 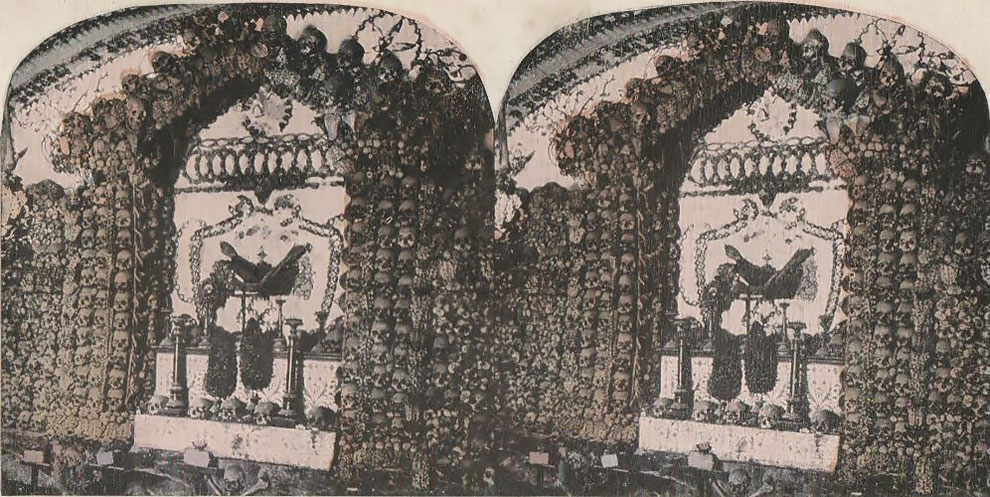 Chinese Trend of the Day: It's Totally Cool to Have a Sprout Growing Out of Your Hair
40 Times Medieval Painters Had No Idea How Something Looked And Created “Weird Medieval Guys”, As Shared On This Twitter Page
Yup, We've Found The Most Terrifying Church In The World
Wide Seats And Plenty Of Legroom: These Old Pan Am Photos Show How Much Airline Travel Has Changed
Otagi Nenbutsu-ji Temple: A Secret Garden In Kyoto Features 1200 Stone Sculptures
First Sahara Desert Snow Miracle In 40 Years Captured In Stunning Photographs
"The Book Of Bare Bones": Artist Shows The Skeletons Underneath The Skin Of Iconic Cartoon Character
An Aerial Tour Of An Abandoned Chinese Fishing Village By Joe Nafis
Discover The Abandoned Orient Express Train In Belgium
Breathtaking Views Of The World That Will Make You Dizzy With Wonder
Fountains Of Saint Petersburg The Way They Look Now
This Is How Real Psychos Get Unleashed - Moscow’s “Rage Rooms” By The Hour
A Beautiful Spring Rhapsody Of Sakura and Nemophila Flowers In Fukuoka Prefecture
An Instagram Account Dedicated To Learning Basic French Through Beautiful Typography
This Guy Rates Benches All Around The UK And The Reviews Are Spot-On
There's an Atmospheric Abandoned Jurassic Park Located in the Heart of Russia
Fantastic Landscapes of Tuscany, Italy
Children From A Remote Village In China Have To Take A Dangerous Path To Get To School
Rock Art Depicting Extinct Animals Is Discovered In Colombian Amazon And It's Dated Back Around 12,000 Years
In Italy, McDonald’s Has Unveiled A Nutella Burger
Public Pools Open In New York City For The Summer
Giant Underground Trampolines Tipped as Next Big Tourist Attraction in Wales
Subterranean Amusement Park Located 400 Feet Underground In A 17th Century Salt Mine
Halloween-Obsessed Couple Build 'Doll Asylum' By Filling Home With Mutilated Toys
ancient, bones, church, crypt, italy, religion, rome