Tons Of Juice Flooded The Streets Of Russian Cities 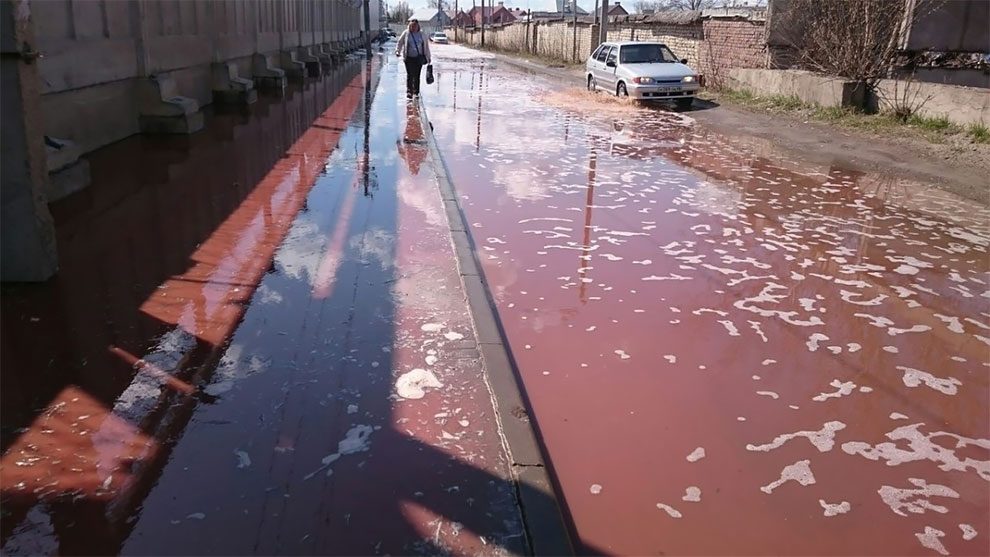 On Tuesday at the enterprise JSC “EKZ Lebedyansky” (owned by PepsiCo) collapsed roof of the warehouse on an area of 300 square meters, reports citing. 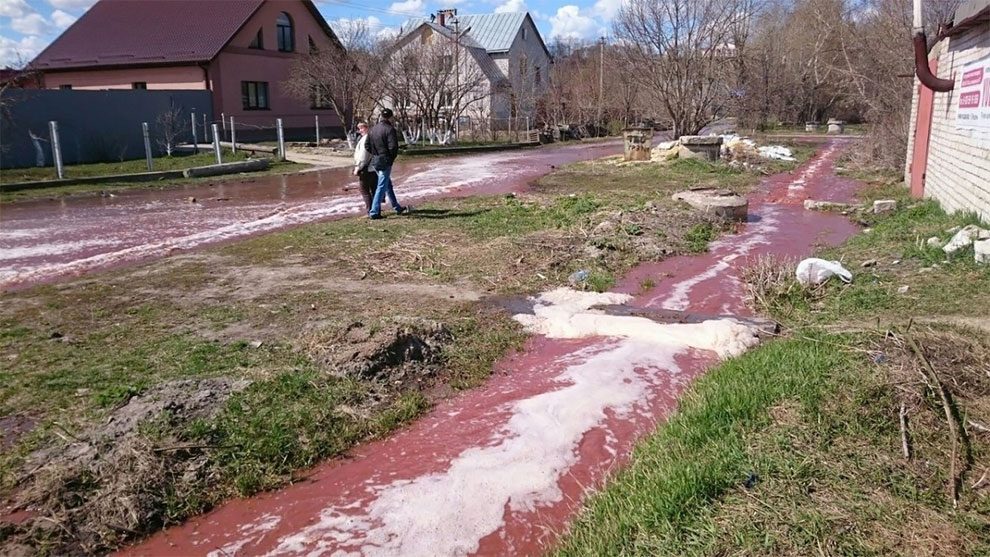 As a result of incident on the streets of the city Lebedyan spilled several tons of juice.Administrative proceedings were instituted after the collapse of the roof at the factory of PepsiCo in the town of Lebedyan in Lipetsk region (Russia) resulted in several tons of juice, which flowed into the don river, reported the territorial administration of Rosprirodnadzor. 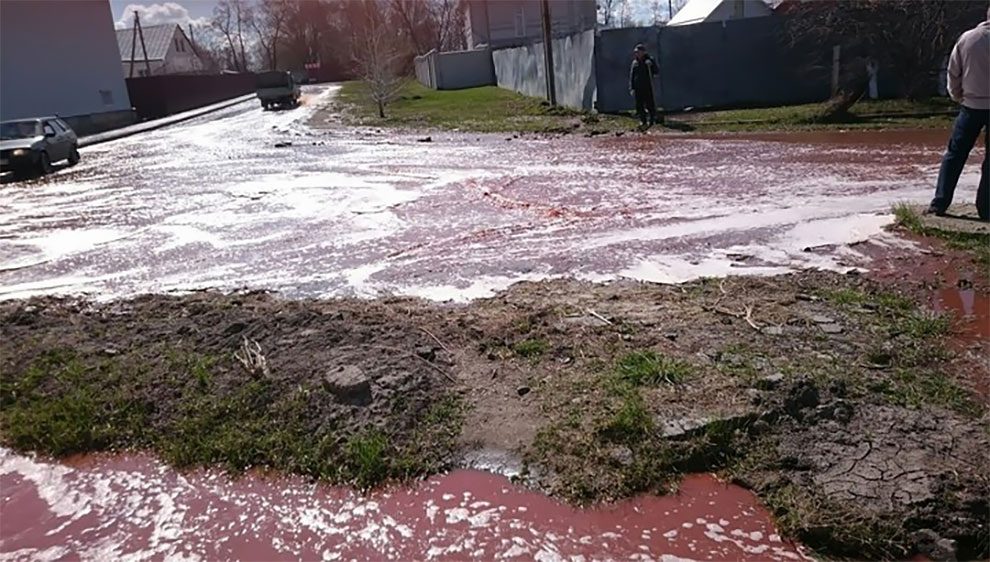 According to the emergency management field, on Tuesday at the enterprise JSC “EKZ Lebedyansky” (PepsiCo) collapsed roof of the warehouse on an area of 300 square meters. Two persons suffered. The operation to rescue them has been completed. The Prosecutor’s office of the region reported that on the streets of the city Lebedyan spilled several tons of juice, which flowed into the don river, and began checking.

As explained by RIA Novosti, the representative of Rospotrebnadzor, the case instituted against legal persons under article “Violation of requirements for protection of water objects which can entail their pollution”. 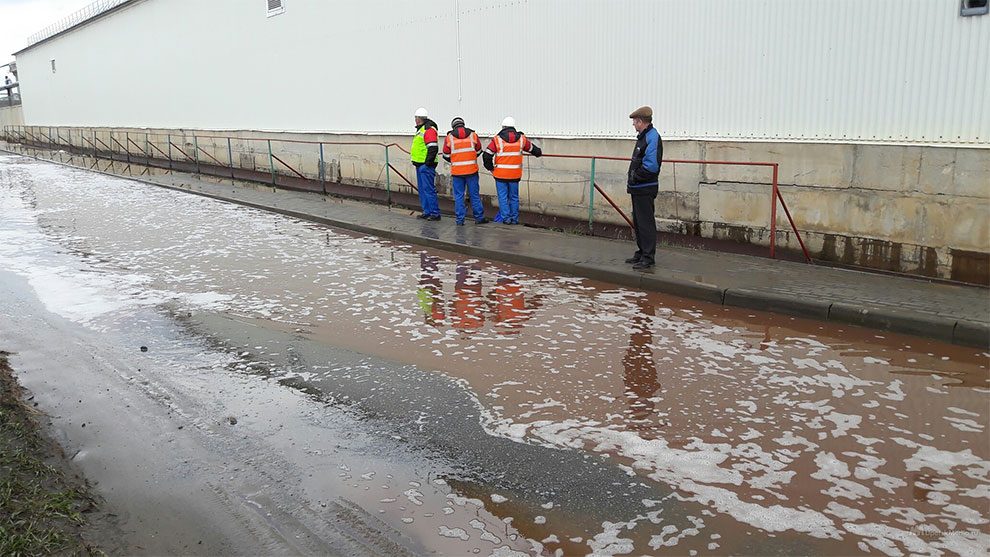 According to the interlocutor of the Agency, the amount of damage will be established based on the conclusion obtained after sampling and laboratory examinations.Earlier, PepsiCo said it was ready to promptly eliminate the consequences of the incident, and in the regional administration noted that the scale of the accident is exaggerated.

The Battle For The Largest Bonfire In The Netherlands
Wave-Gotik-Treffen Festival In Leipzig, Germany
‘The World’s Most Remote Pop-Up Shop’ Handed Out Gear 300 Feet Up A Sheer Cliff
Photographer Hélène Veilleux Took Surreal Photos Of Abandoned Ship Graveyards In The Aral Sea
Japan’s Rural School
A 100+ Year Old Tree Growing Inside A Church In Greece
This Thai Resort Is Surrounded By Trees And Was Inspired By Four Fictitous Clans
South Korean Football Club Accidentally Use Sex Dolls To Replace Fans In Closed Stadium
The other Side of Bengaluru - India’s IT capital
Dubai’s Love Lake: Two Hearts in the Middle of the Desert
Twelve Parsecs: The Ultimate Star Wars House Is On Airbnb
Tokyo's Robot Restaurant
Maps That Will Make You Look At The World With New Eyes
Two Look Books, Two Countries, Two Minds: Akomplice in Colombia Summer Lookbook
GrelkaFest 2019: The Annual Bikini Ski Day In Siberia!
Hippie Van Of The 1960s: Amazing Photographs That Capture People With Their Classic VW Buses
Wonderful Color Pics Document The Trailer Life Of An American Family During The 1950s
Elephant Festival in Nepal
Extraordinary Images Of The Costa Concordia Cruise Ship By Jonathan Danko Kielkowski
The Crazy Swing At Casa Del Arbol in Ecuador
What Peaceful Borders Between European Countries Look Like
Girl Shares Pics Of Street Food From Around The World On Her Instagram Account
Silent Hill
Pack All The Things! Here Is The Ultimate Burning Man Checklist
87-Year-Old Collector Gathered 110 Fighter Jets In His Chateau In France
Breiðamerkursandur – Iceland’s Stunning Diamond Beach
Man Quits Lucrative NYC Job, Builds Treehouse Of His "Childhood Dreams"
Famous Travel Photographer David Lazar Captures Indonesia In 18 Amazing Images
Fantastic Wave Rock in Hyden Wildlife Park, Australia
A Brick Factory in Mexico
cities, flooded, juice, russian, streets