This is the forgotten landscape of post-GFC America. A time when it was cheaper to abandon old factories than attempt to sell them, and where suburb-sized buildings sit forgotten and desolate. An intrepid explorer began visiting these eerie haunts after becoming obsessed with a terrifying computer game.

Plants climb the walls of the abandoned factories of Westinghouse Electric in Cleveland, Ohio 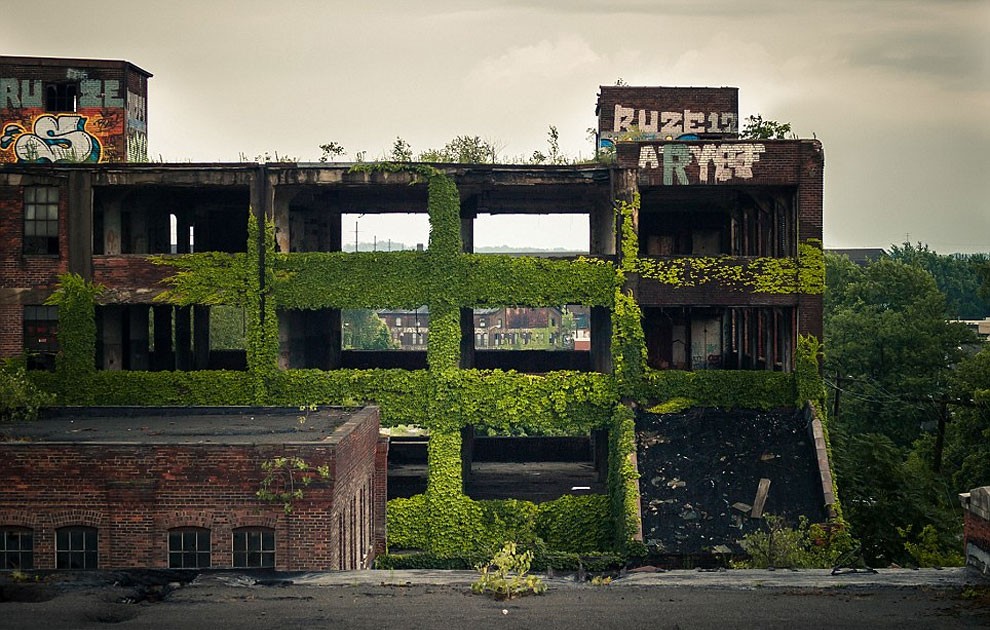 Jonny Joo visits the derelict malls, stations and towers because they remind him of Silent Hill – a psychological horror game which was made into a film. It inspired him so much that he is now about to release his first book titled Empty Spaces which will feature 116 images.

The once-proud architecture within St. Joseph The Byzantine of Cleveland, Ohio not reduced to rubble 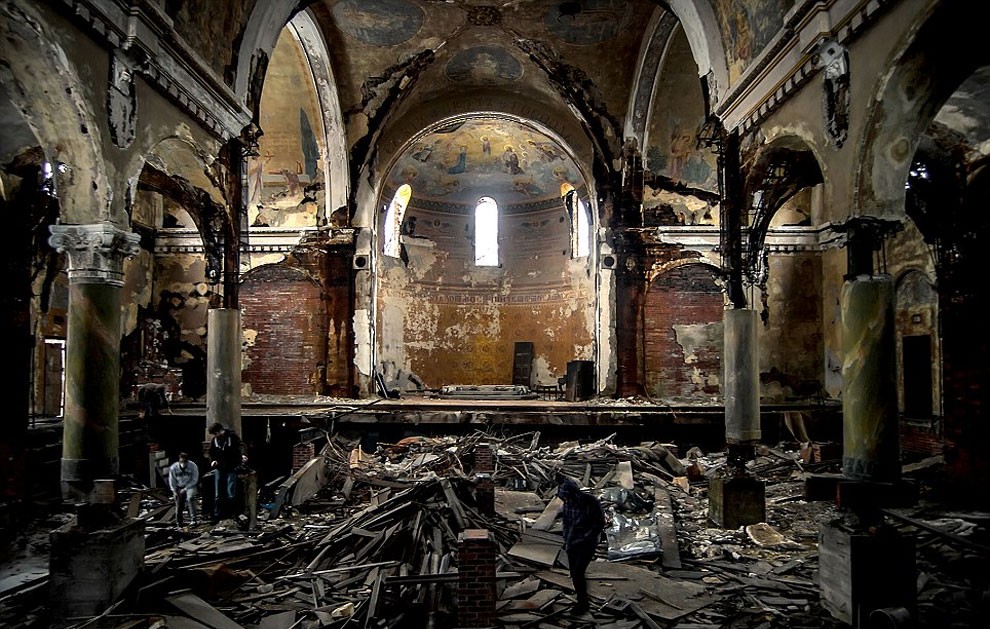 The professional photographer from Cleveland, Ohio said to Daily Mail: ‘I was always obsessed with Silent Hill as a child, and when the movie came out I was all about that as well. When I first started exploring places so many would remind me of the game – it was a world I was kind of obsessed with because of how dark and eerie it looked.’

The abandoned Richman Bros of Cleveland, Ohio. The factory used to produce suits, hats, and other business attire, and is said to have been the first factory in the US to give two weeks paid holiday to its workers 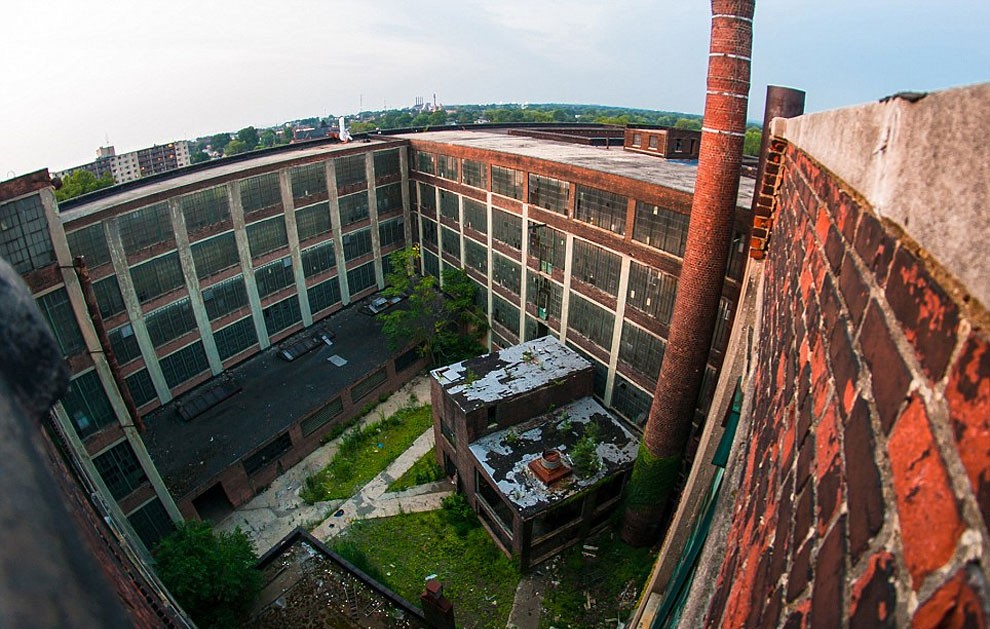 Graffiti lines the walls of the main terminal of the East Central Station of Buffalo, New York 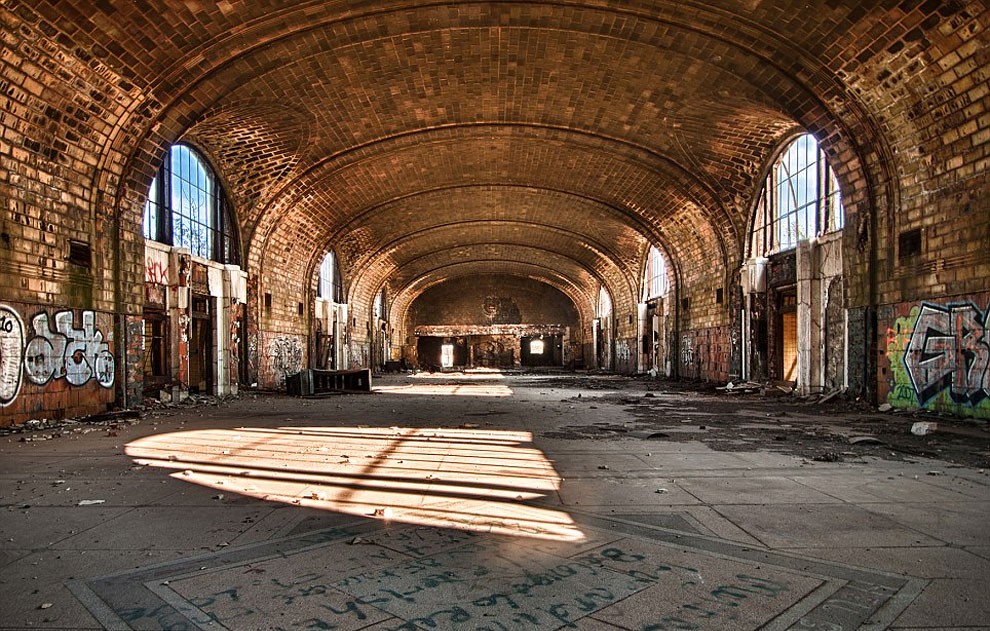 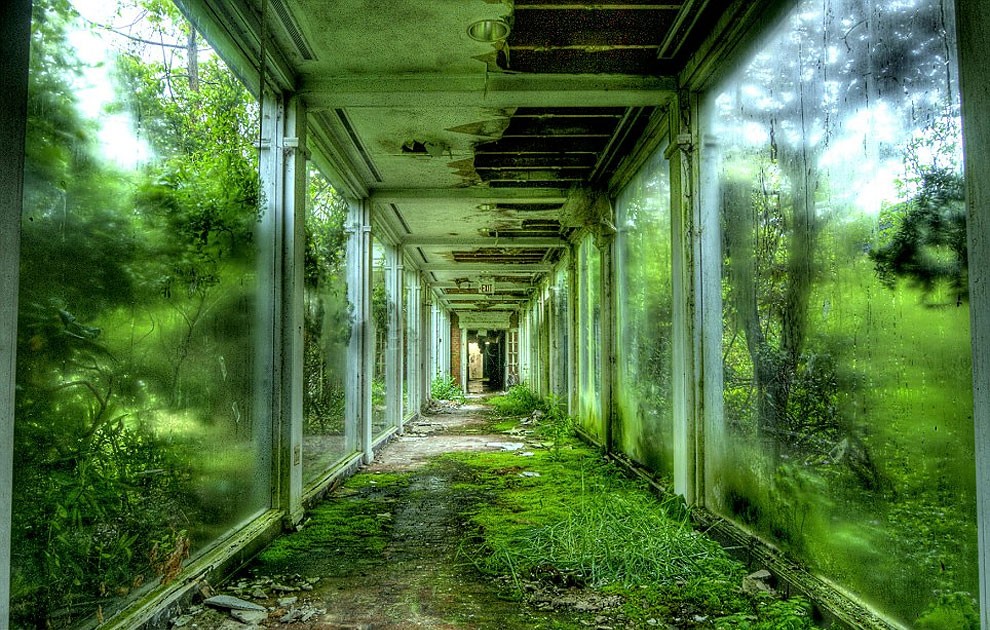 The now-demolished Geneva Victorian home in Ohio. Its owners were said to be among the state’s richest people, but all that remains is this crumbling structure 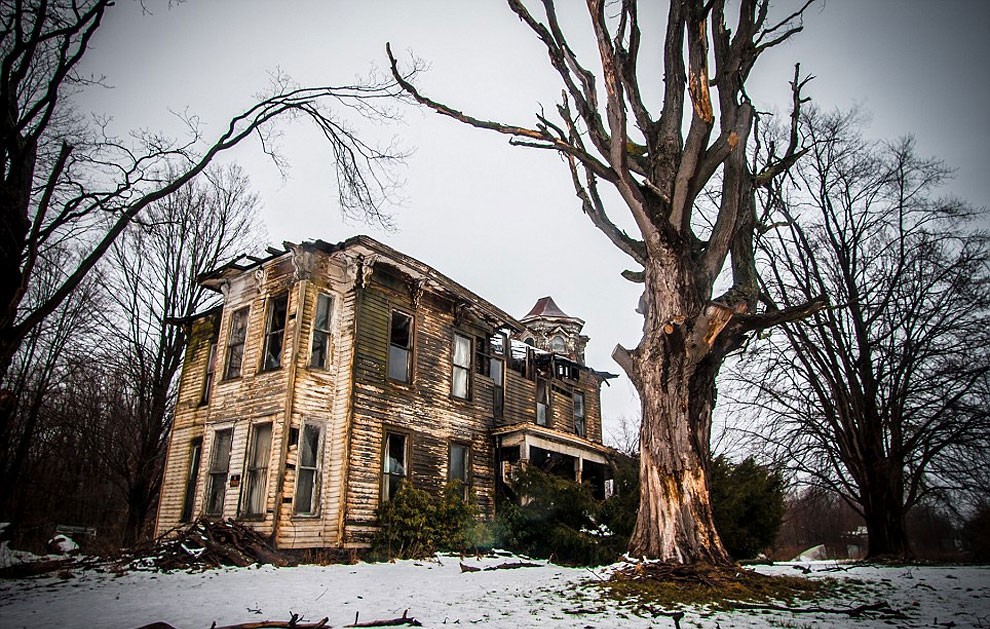 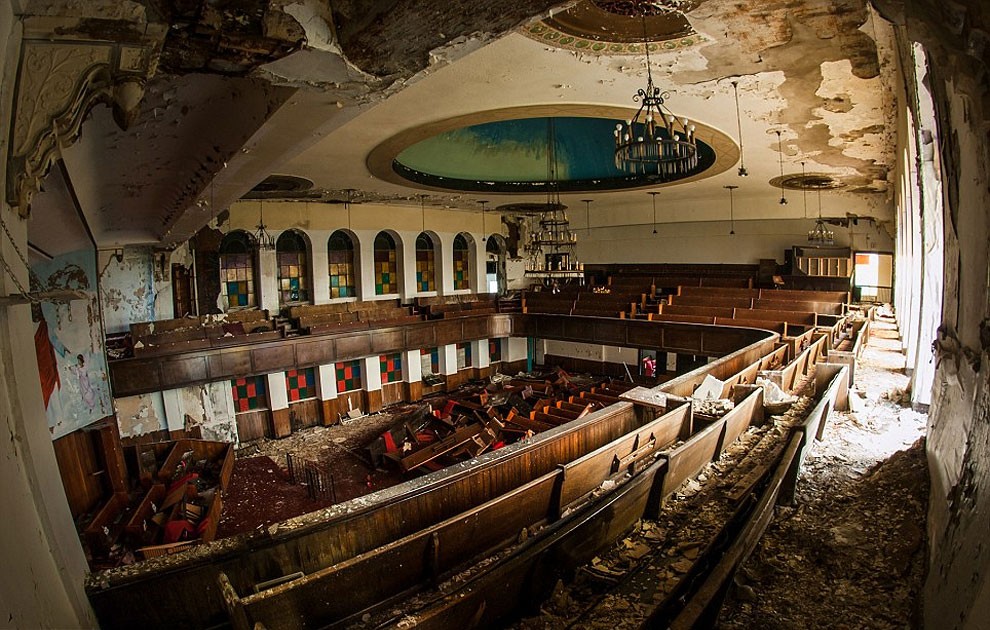 The vast auditorium of Larimer Elementary school in Pennsylvania. Once filled with people, it now sits empty and forgotten 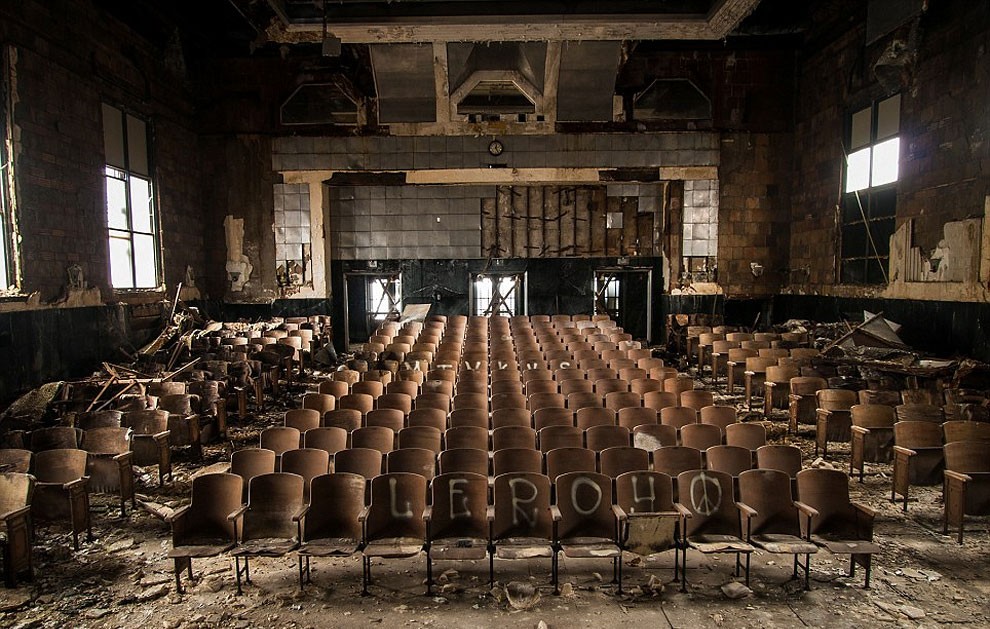 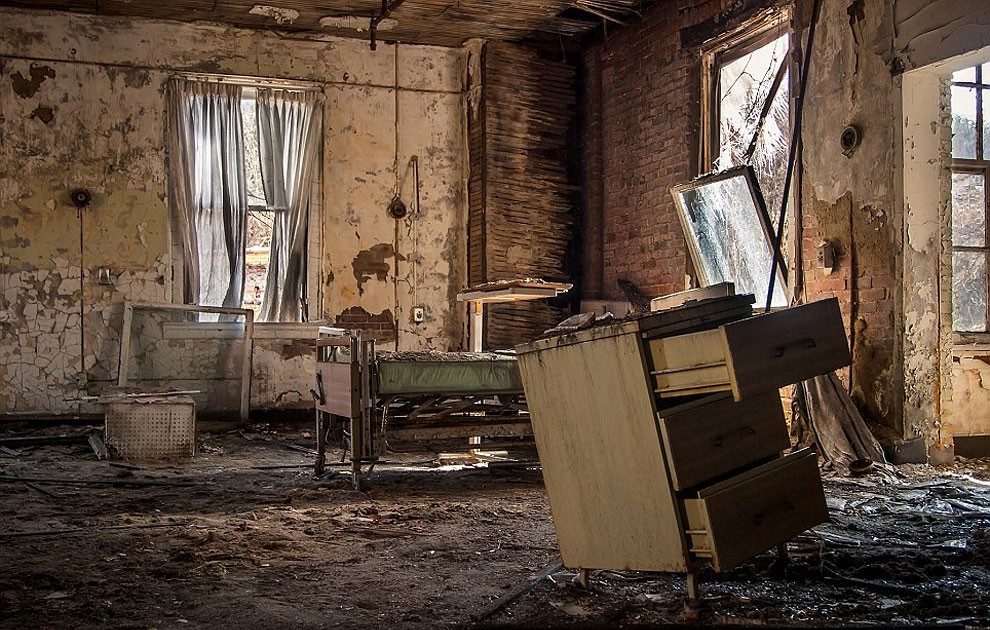 The belongings of this house’s former occupant, said to be a navy man, lie scattered on the floor in Ohio 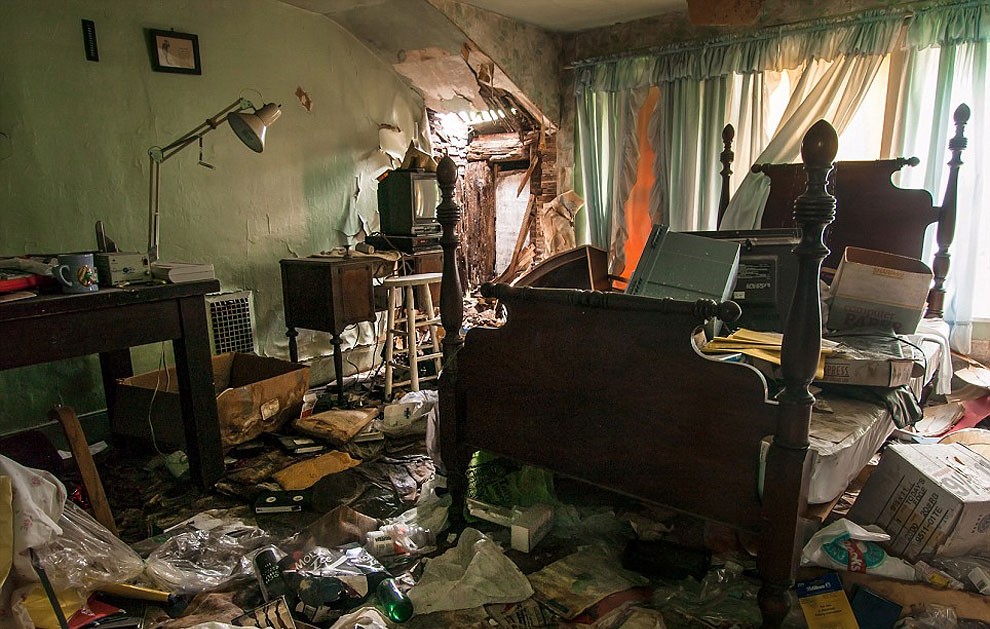 Detritus litters the interior of an old Victorian home in the country hills of Geneva, Ohio 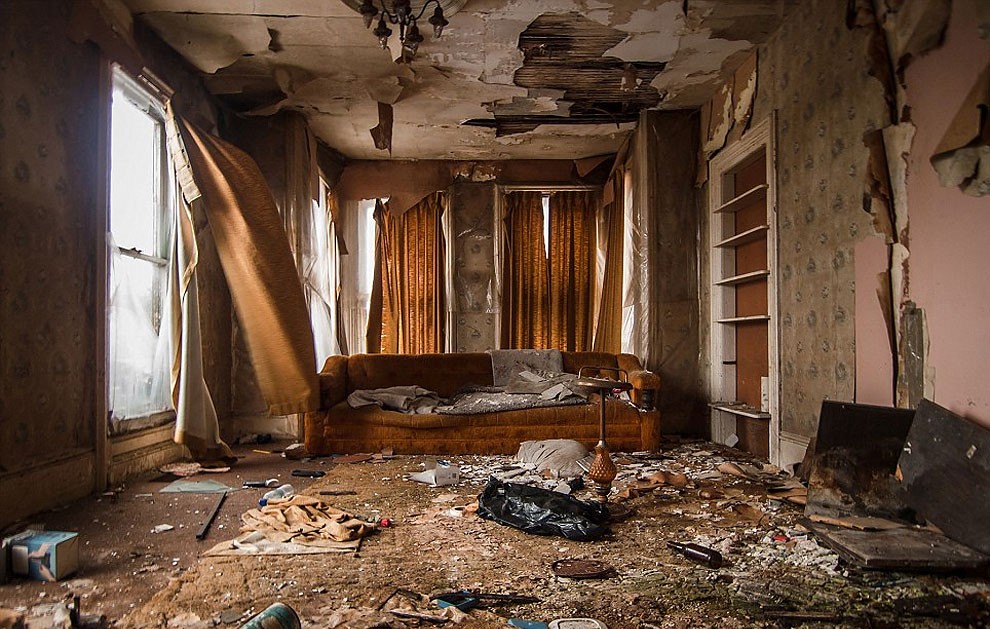 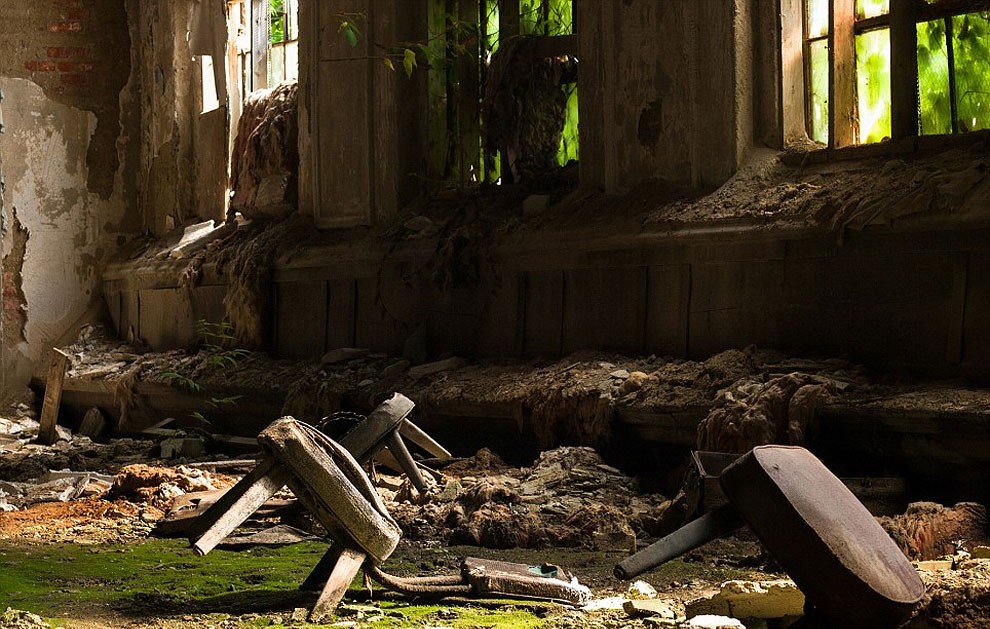 Inside Cleveland’s abandoned aquarium, Ohio, complete with ghostly shark untouched on the wall 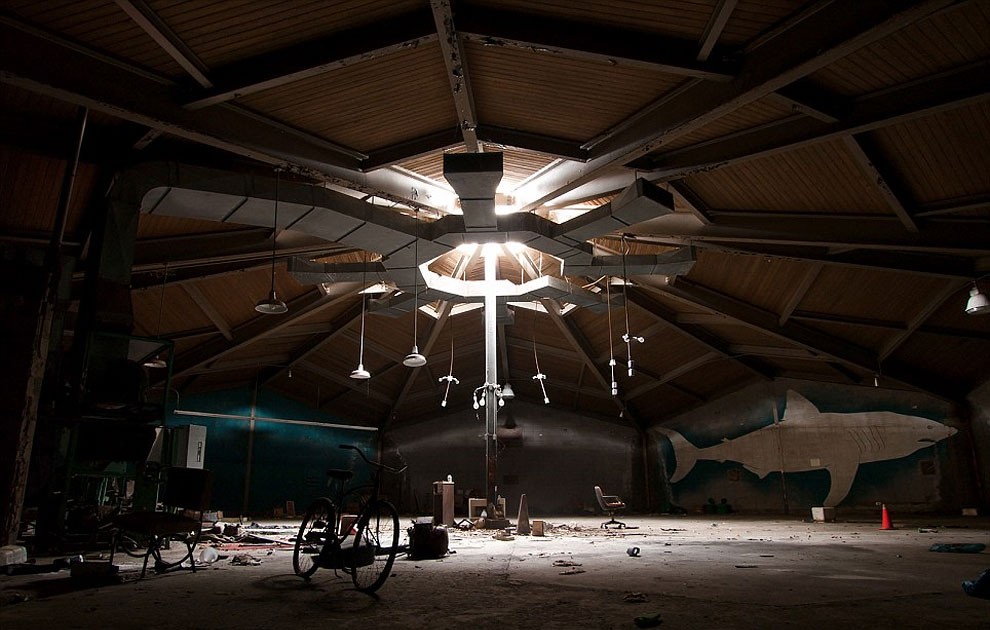 So In Sweden, McDonald’s Has A Ski-Thru Restaurant
Old Fire Truck Turned Into Spacious Hotel Room
What the World Eats By Peter Menzel And Faith D'Aluisio
Man Quits Job, Sells Everything To Travel With His Rescue Cat Across Australia
Amazing Video Of Divers Swimming Through A Place Where One Continent Ends And Another Begins
This Gorgeous Place Might As Well Be Called Pirate Island
This is How Photoshop Artist Erik Johansson Creates His Mind-Bending Images
Girl Shares Pics Of Street Food From Around The World On Her Instagram Account
Woman Discovers Penis-Shaped Island on Google Earth
Attractive Photos from the Urban Photographer of the Year 2015 Competition
Wildlife Photographer Of The Year 2017 Finalists
Classic Gardens in Suzhou
Photographer Captures Ireland's Essence In Gorgeous Green Sceneries
Fine Art Photographer Captures Mesmerizing Fairytale Photos Of Women In Natural Landscapes
2016 Wildlife Photographer Of The Year Winners
20 Weirdest Images on Google Street View
Illustrator Draws On Her Self-Portraits To Create Fun, Whimsical Images
Magical Photos Of China Taken By The US Photographer Tristan Zhou
International Garden Photographer Of The Year Macro Winners
Russian Photographer’s Surreal Images Will Transport You Into An Enchanted World
Stuning Entries For The 2018 Nat Geo Travel Photographer Of The Year Contest
Unconventional Tourist Photographs Reveal What’s Behind the World’s Most Visited Sights
Highline Festival in Monte Piana: Hammocks Miles above Ground
Twitter User Had Fun Photoshopping Images Of Donald Trump Wearing Really Long Ties
abandoned, captures, eerie, images, jonny, photographer