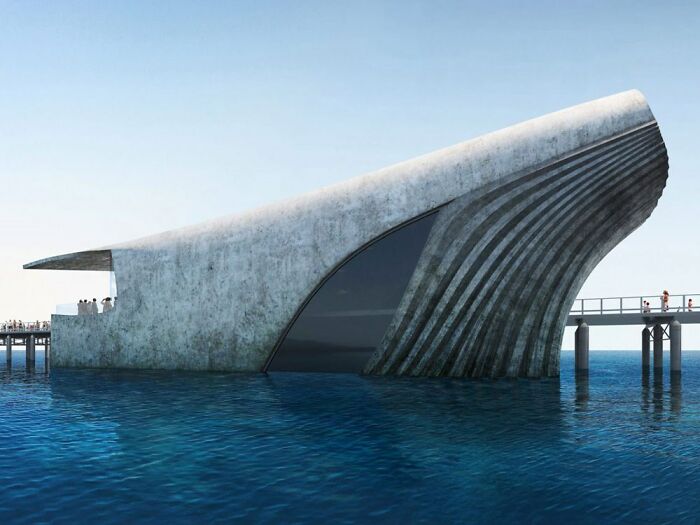 Aquariums are a timeless concept. Many love to have them at home and when we want something more extraordinary, there are the museums and observatories that we can visit (and try to spot a shark or two!). However, sometimes the same old tired square block can become less of a novelty and more like a chore. And that’s exactly what this observatory center in Australia would like to avoid.

Recently, it commissioned a unique building design meant to both astound people and fit the specific utility requirements. Out of all the hopefuls, one concept stood out and made a giant splash in terms of public perception. 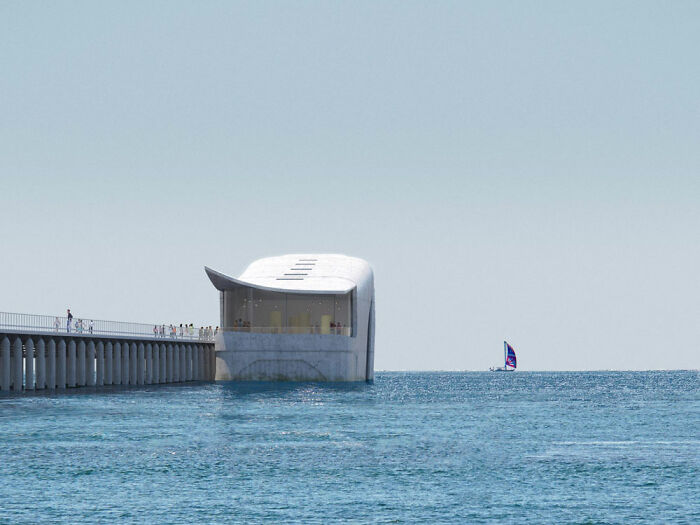 Baca Architects, an architecture firm in London, designed a wonderful building going by the name of Cetacean Design, shaped like a whale. The design was meant for Australian Underwater Discovery Centre. The building will be a new observatory, replacing the old one, and will be partially submerged in water off the coast in Western Australia. 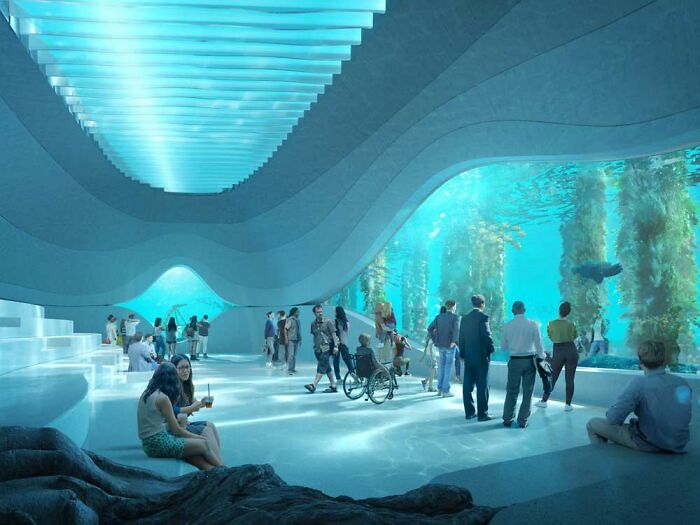 It will allow the visitors to see what’s happening beneath the waves in real time! Additionally, the building will also be bigger than the existing one (in fact, the “whale” might even become the biggest building of its kind!) because there’s been an increasing demand to see the sea creatures in their semi-natural environment. 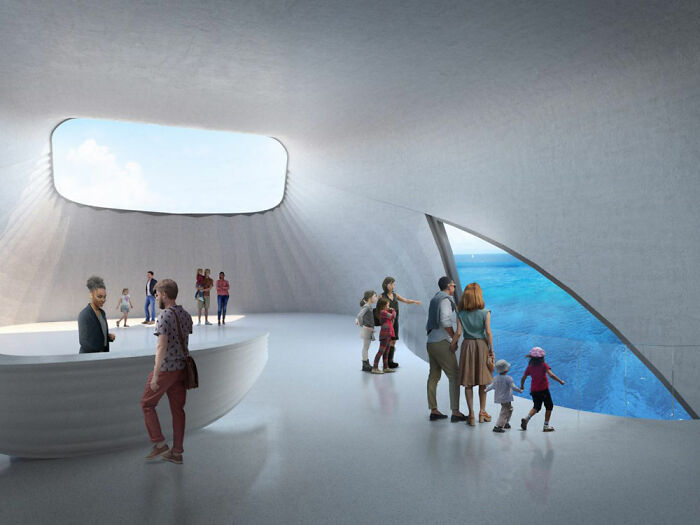 The design of the building is not accidental—there has been a contest for the design of a new building. All three potential designs had to follow a marine theme. One of them was a partially-submerged cave known as the Rock; another was an abstract ship design known as Voyage. 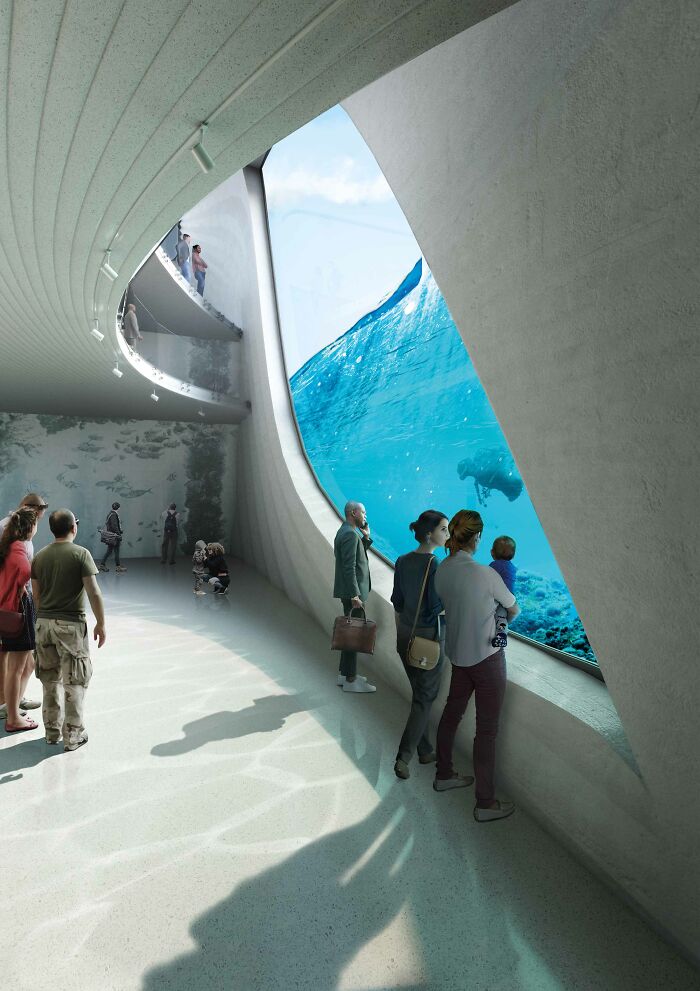 But the Cetacean won, appearing as a whale’s head peeking out of the water. Richard Coutts, director of Baca Architects, said, “The brief set out the client’s spatial needs and a requirement to deliver something iconic which will draw tourists in.”

The interior of the observatory will have enough space to accommodate crowds. Additionally, there will be windows set in place to imitate the eyes of the whale, through which the visitors will be able to see the open water and the marine creatures in it. 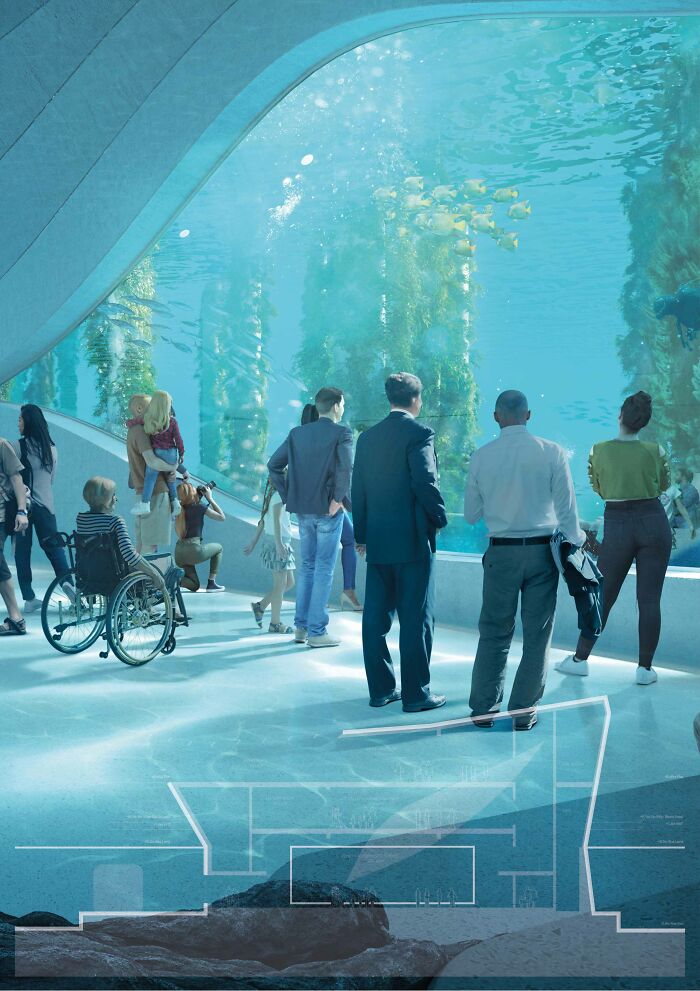 The predicted opening date for the new Australian Underwater Discovery Centre is set for December of the next year. Within the building, the architects reserved some space that’s meant for exhibitions or to display artwork as a way to present interested guests with background or cultural knowledge before they come face to face with the marine animals.