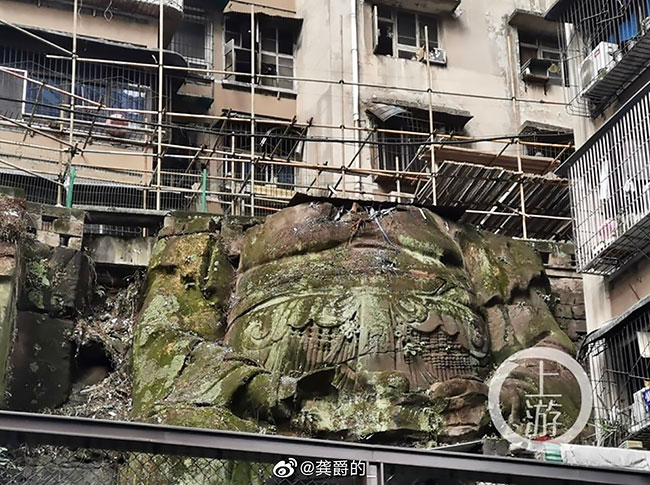 A 9-meter-high Buddha statue without a head was recently discovered in a residential complex in Chongqing of southwest China. Surrounded by tall buildings, the statue was covered by vegetation, with a residential structure built on top of it. Most residents were unaware of it until the vegetation was removed due to a reconstruction of the building’s external wall. 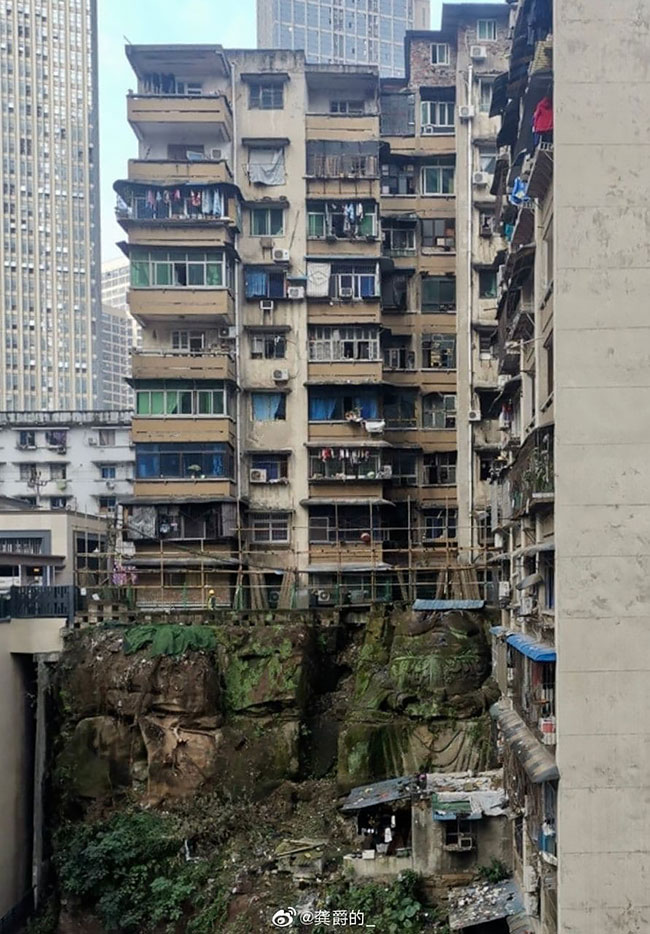 The headless statue is in sitting position with two hands on abdomen and a badly damaged left foot.

“The statue was here when I was young,” said a 60-year-old resident. “There was a head on it but was later damaged.” 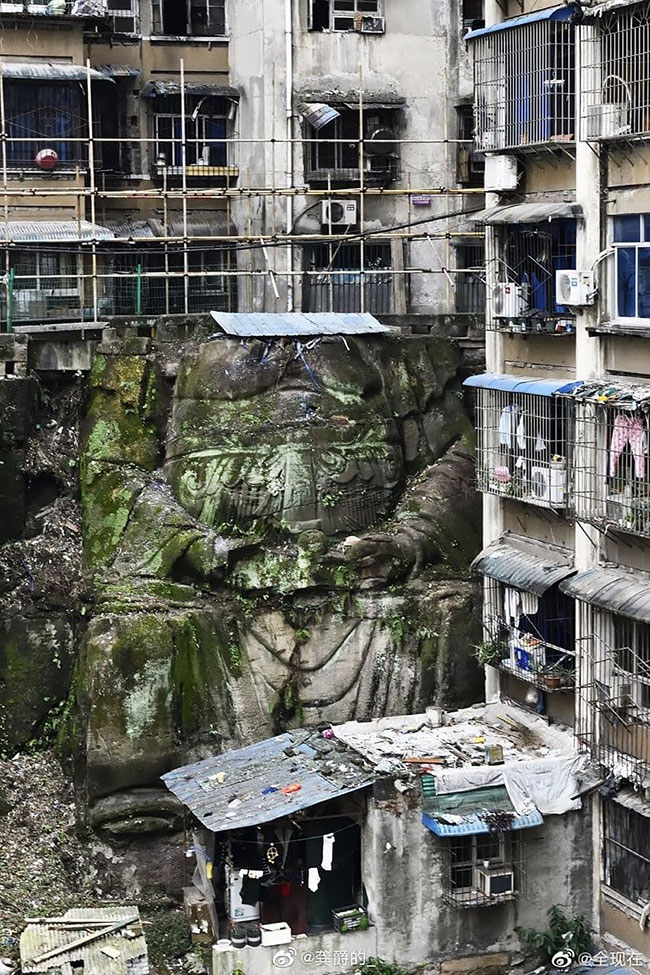 Another resident surnamed Yang who has lived in the complex for many years said there was also a temple near the statue many years ago, but it was demolished when residential buildings were built there in the 1980s.

“I heard the Buddha statue was built nearly a thousand year ago,” said Yang.

The local authority of cultural relics has launched an investigation into the statue.

An Artist Made A Giant American Flag From Over 20,000 Budweiser Bottle Caps
CasAnus Hotel: This Hotel In Belgium Is Shaped Like A Giant Anus
Elephant Hotel: The Prime Example of Novelty Architecture in 1880s
Cubicle? No. That's Bubblicle!
The City that Builts into the Rock
Just Before It Was Destroyed By Fire, These Amazing Photos Captured The Cliff House In The Early 1900s
Street Artist Incorporates His Matching Little Brown Dog Into His Living Bronze Statue Routine
5,300-year-old Pottery Statue Found in North China
Microsoft Headquarters in Vienna, Austria
Portuguese Street Artist Unveiled A Giant Rabbit Made Of Trash On The Streets Of Vila Nova De Gaia In Portugal
2007 ‒ 2023 by Design You Trust. Proudly hosted by WebHostingBuzz.
Privacy Policy · Terms of Service · Content Removal Policy ❤️ 🇺🇦