The winners of the 2021 Nature TTL Photographer of the Year have been revealed, highlighting a stunning set of images that showcase the diversity and eccentricity of wildlife in all its glory. A mind-bending shot of an orangutang scaling a tree in Borneo took out the top prize, while other highlights include wild dog pups dancing in the dust and some incredible closeups of insects in action.

Canadian photographer Thomas Vijayan took out the grand prize in the 2021 Nature TTL Photographer of the Year awards, beating out more than 8,000 other entries with a striking image of a large orangutang that appears to have been shot looking upwards at the sky. 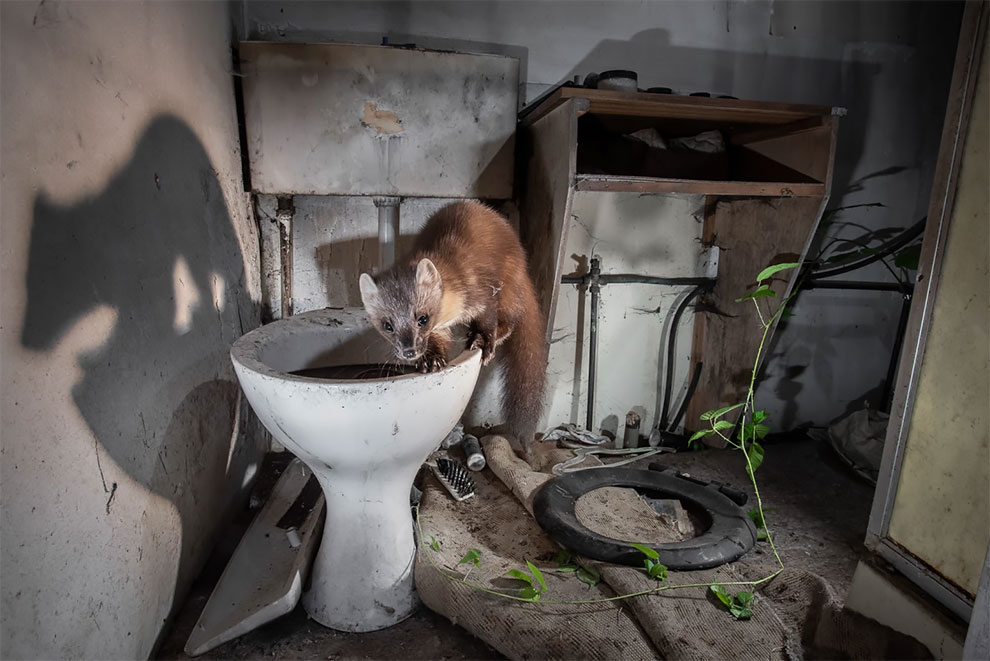 A pine marten investigates a toilet in an abandoned cottage in the Scottish Highlands. (James Roddie) 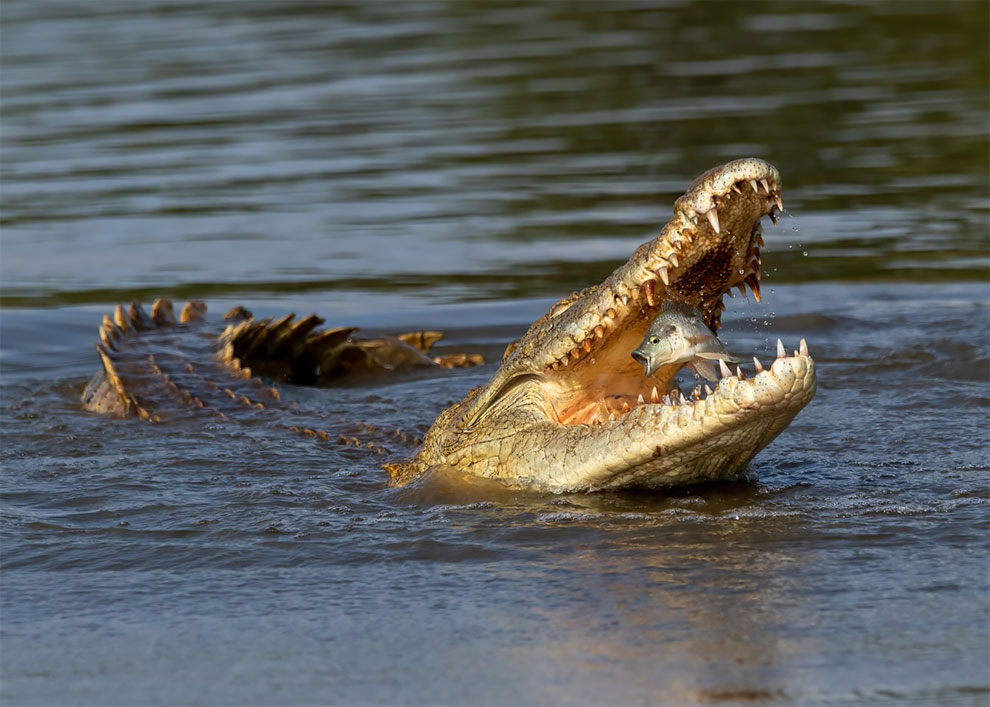 A fish is snapped up by a crocodile in South Africa. (Johan Wandrag) 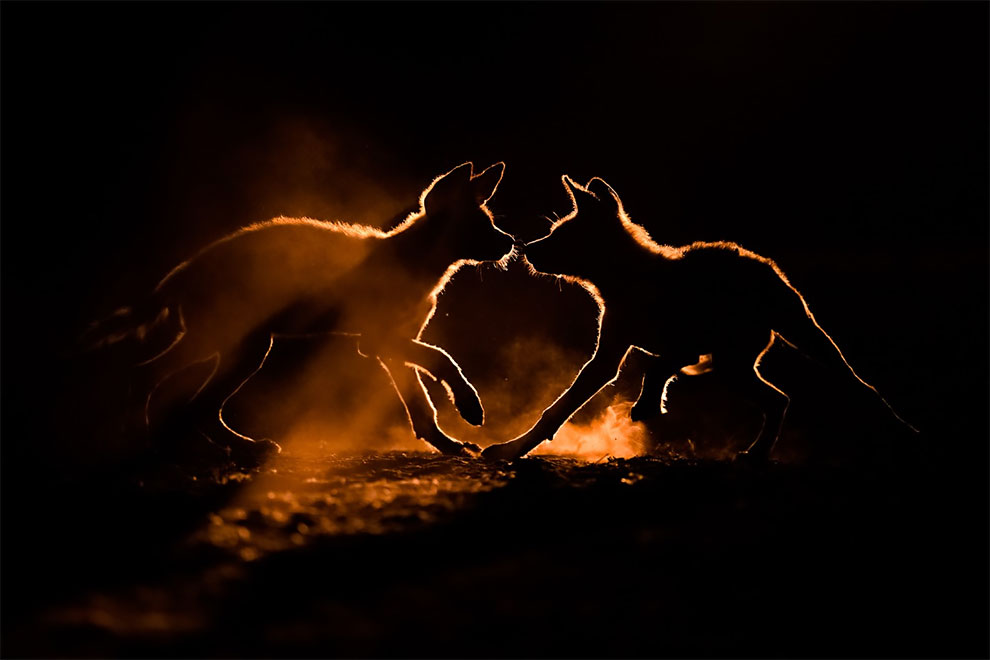 A pair of wild dog pups play in the dust in South Africa, after photographer Bence Mate tracked them for five weeks. (Bence Mate) 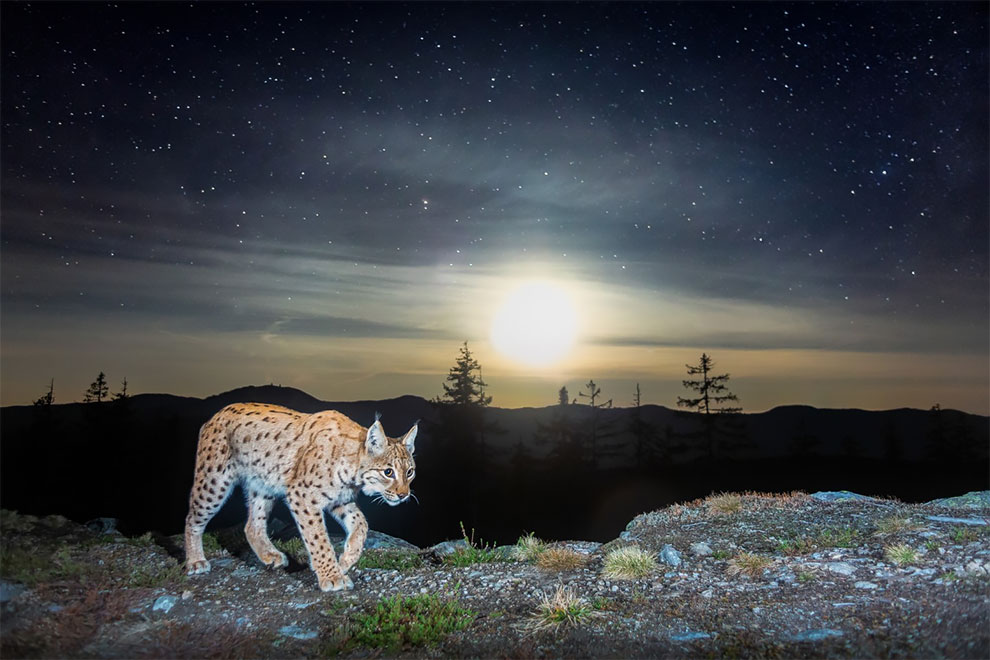 A wild Eurasian lynx wanders in front of a home made camera trap. (Vladimir Cech Jr.) 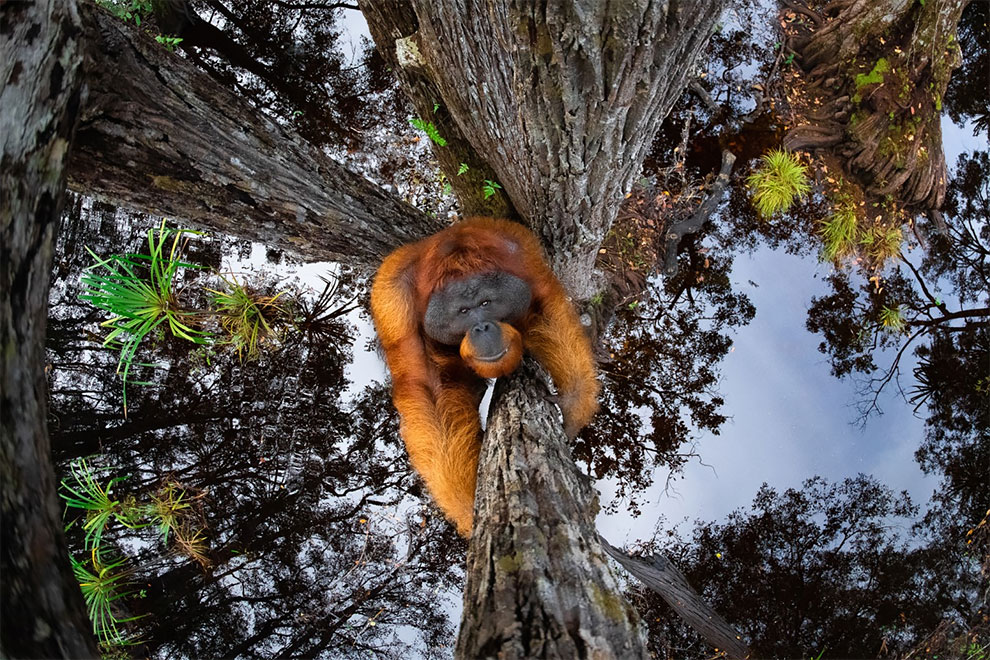 Overall winner of the 2021 Nature TTL Photographer of the Year award, captures an orangutang scaling a tree in Borneo, with water mirroring the sky. (Thomas Vijayan) 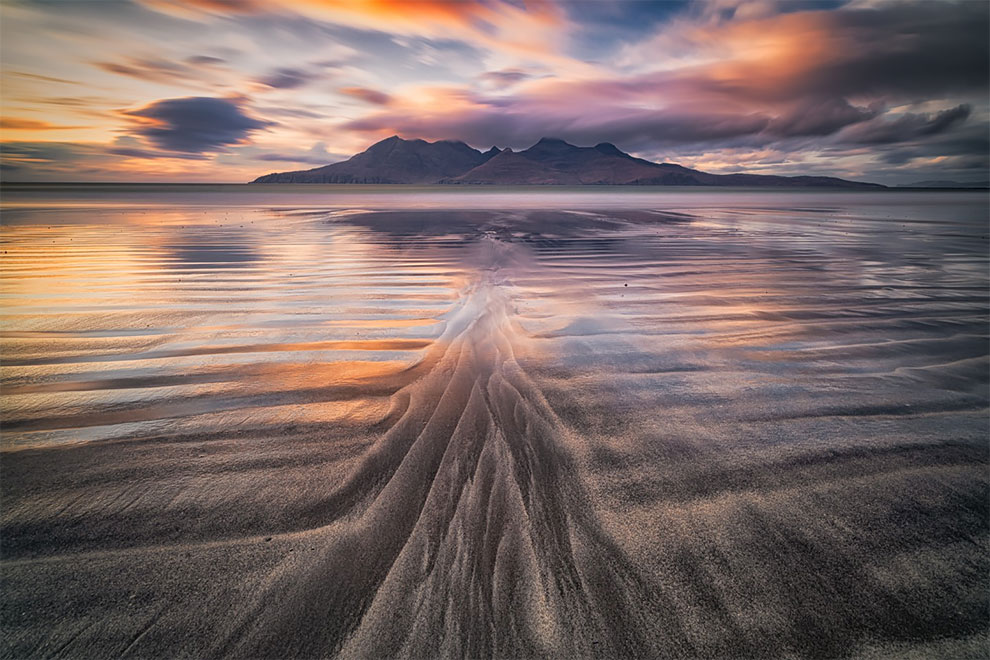 Colors and clouds move over the mountains of Rum island in Scotland. (Luigi Ruoppolo) 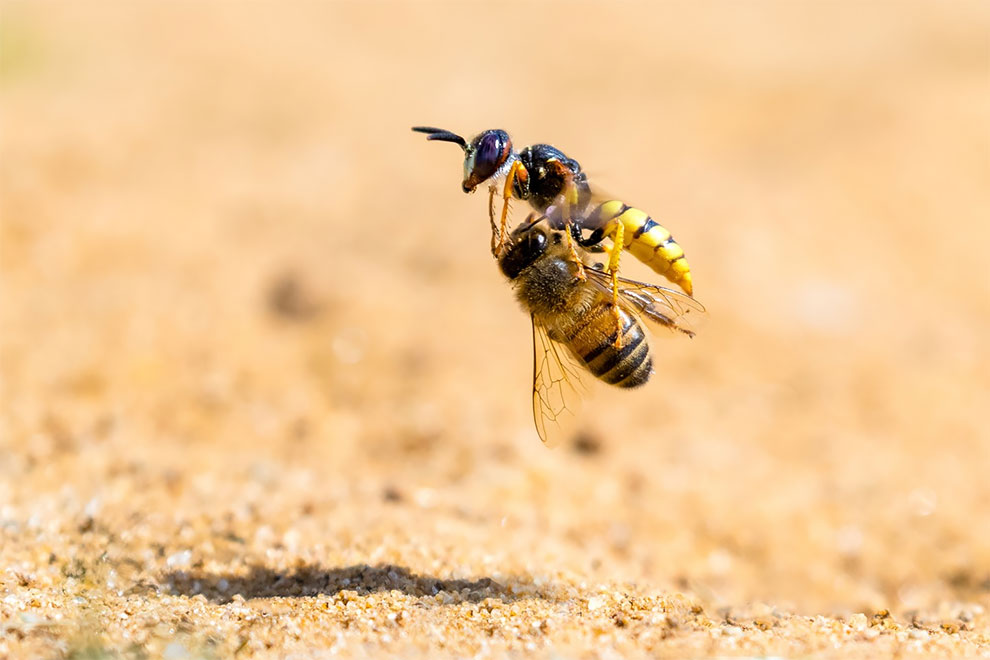 A wasp carries away its prey, a poor unsuspecting honeybee. (Simon Jenkins) 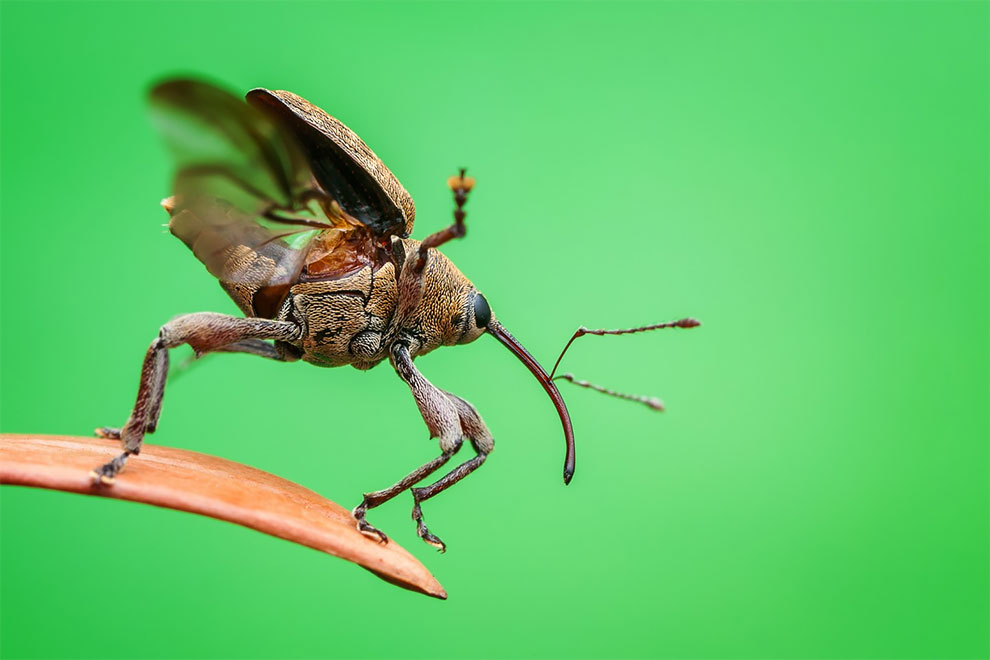 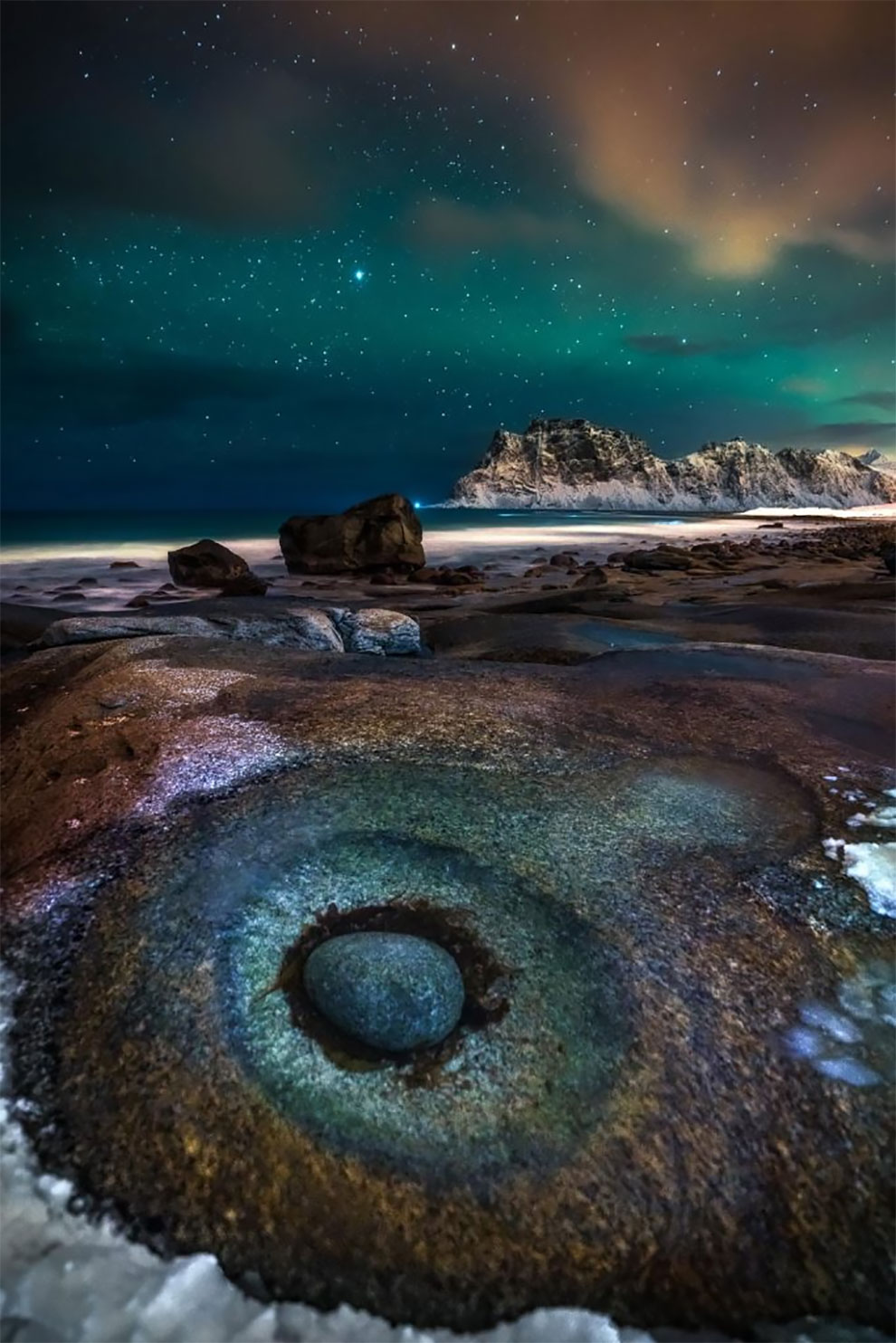 A Norwegian beach beneath the magical Northern Lights. (Ivan Pedretti) 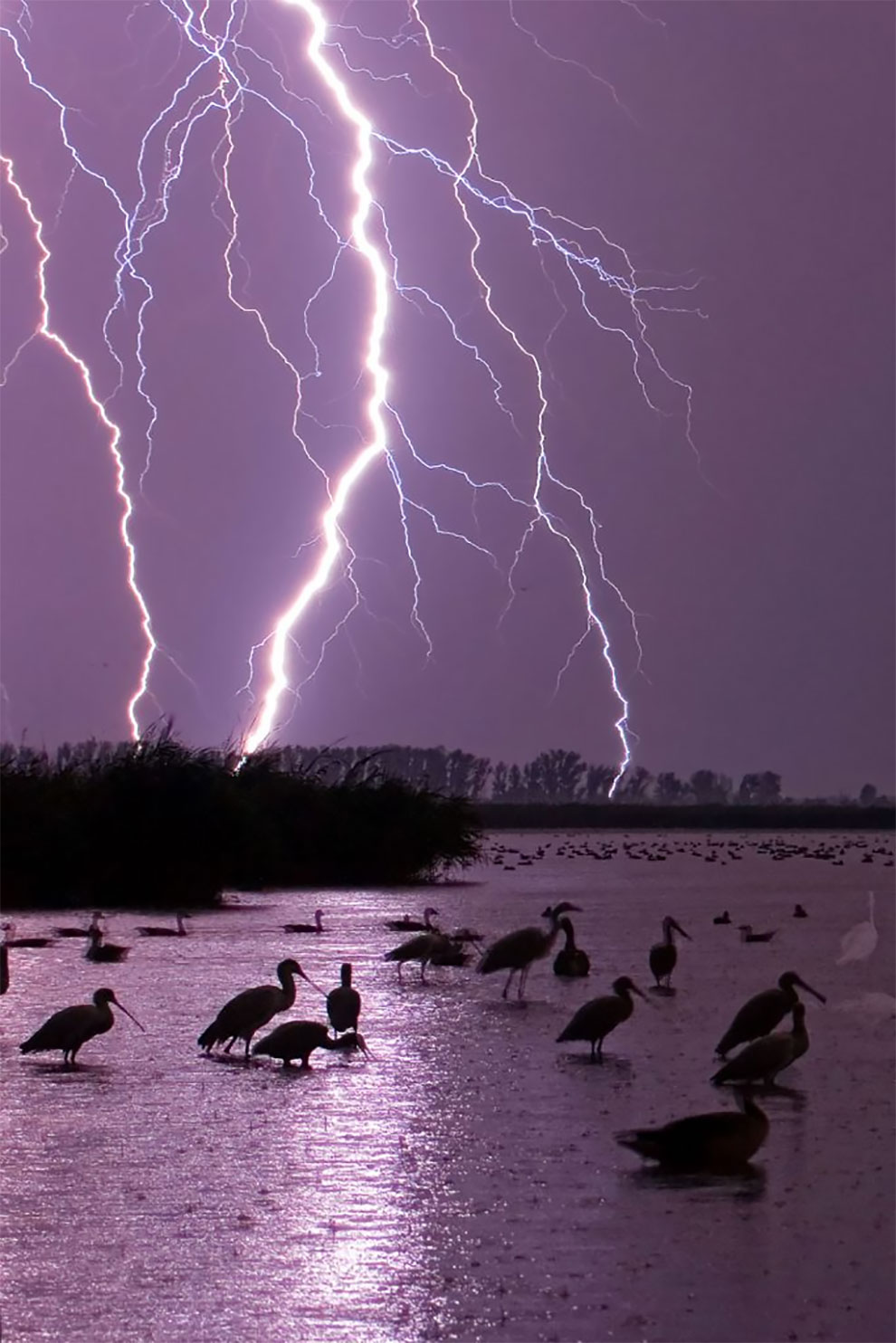 Birds loiter in a lake beneath huge flashes of lightning. (Bence Mate) 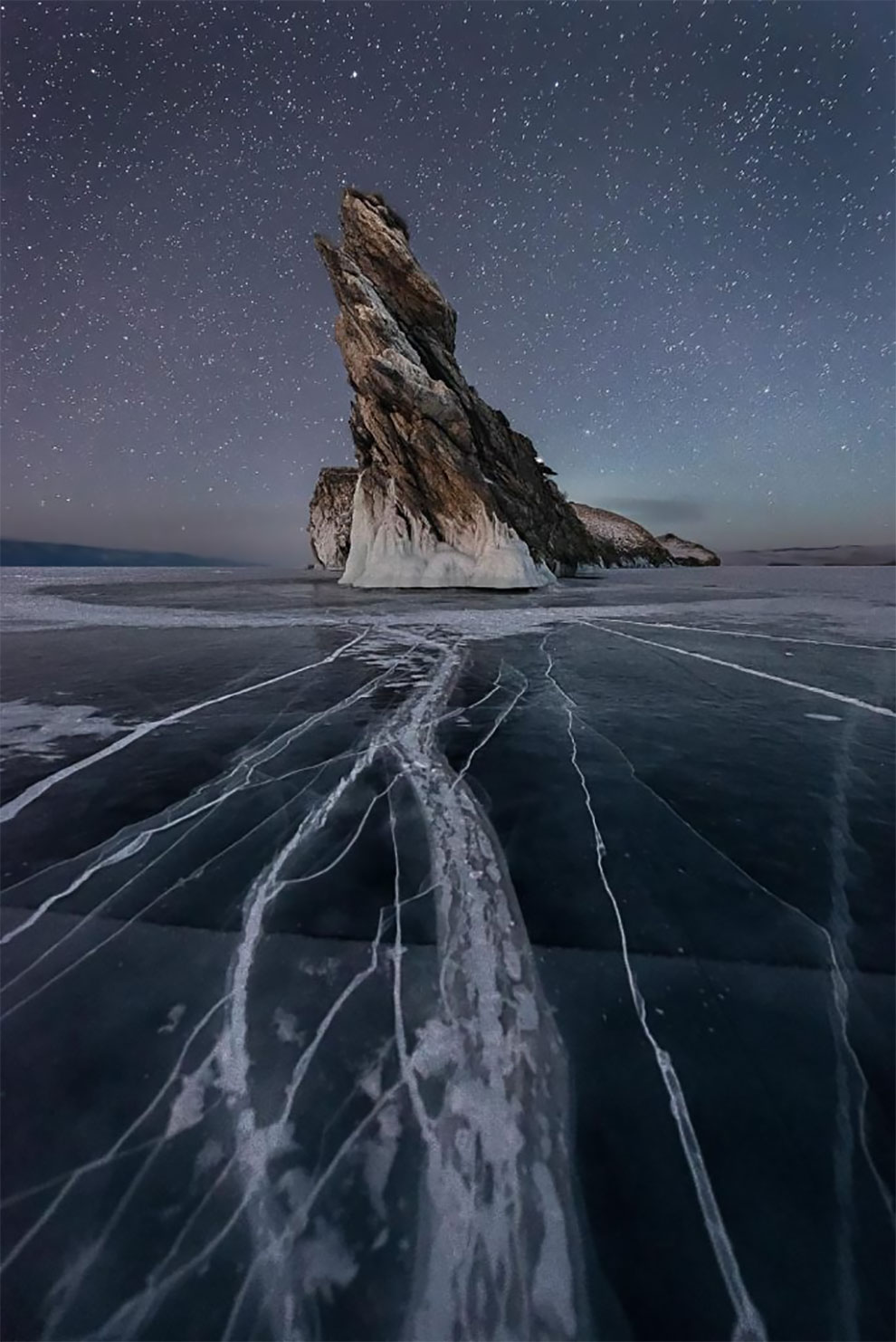 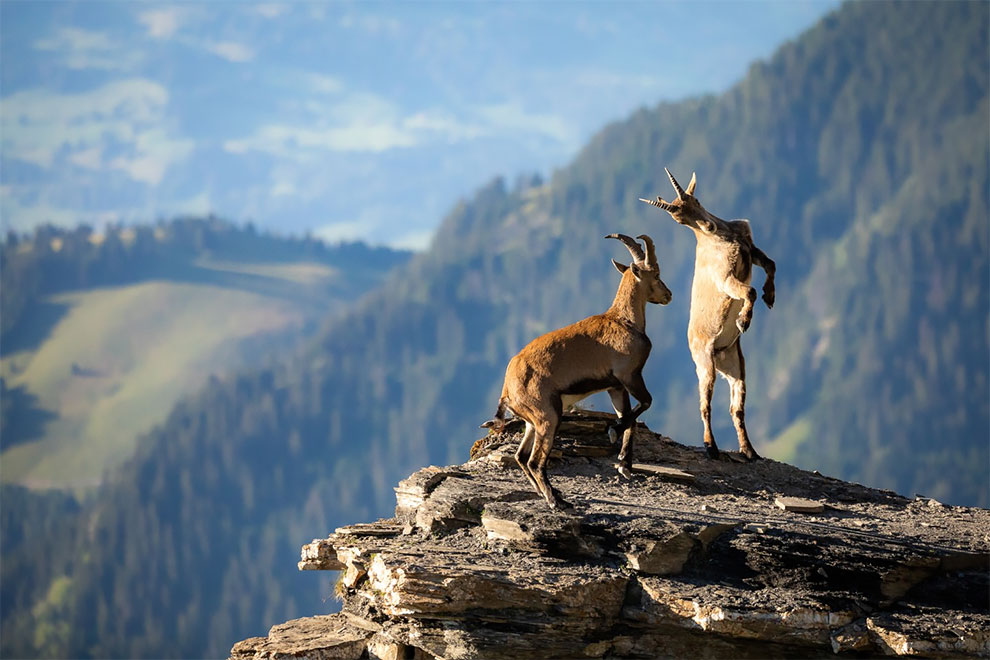 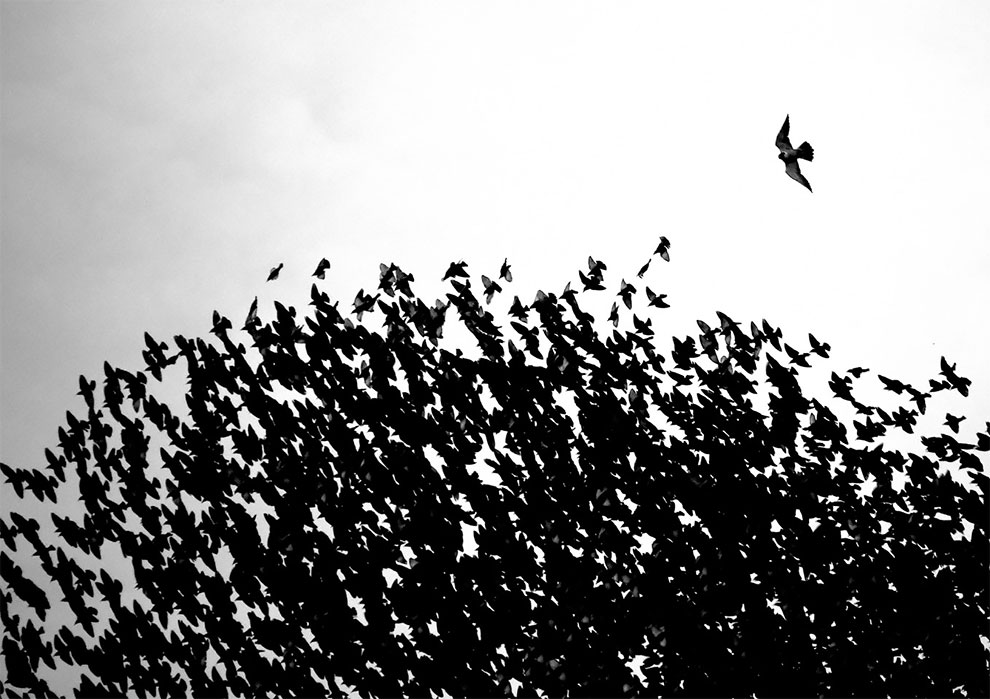 A peregrine falcon approachs a starling murmuration. Winner of the Under 16 category. (Thomas Easterbrook) 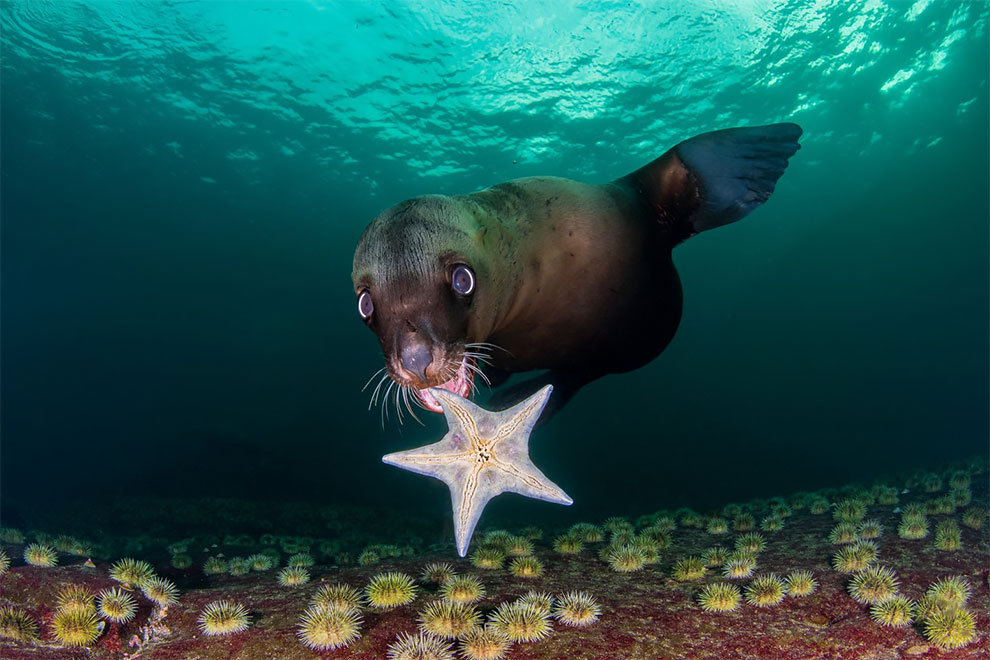 A sea lion plays with a starfish off the coast of Canada. (Celia Kujala) 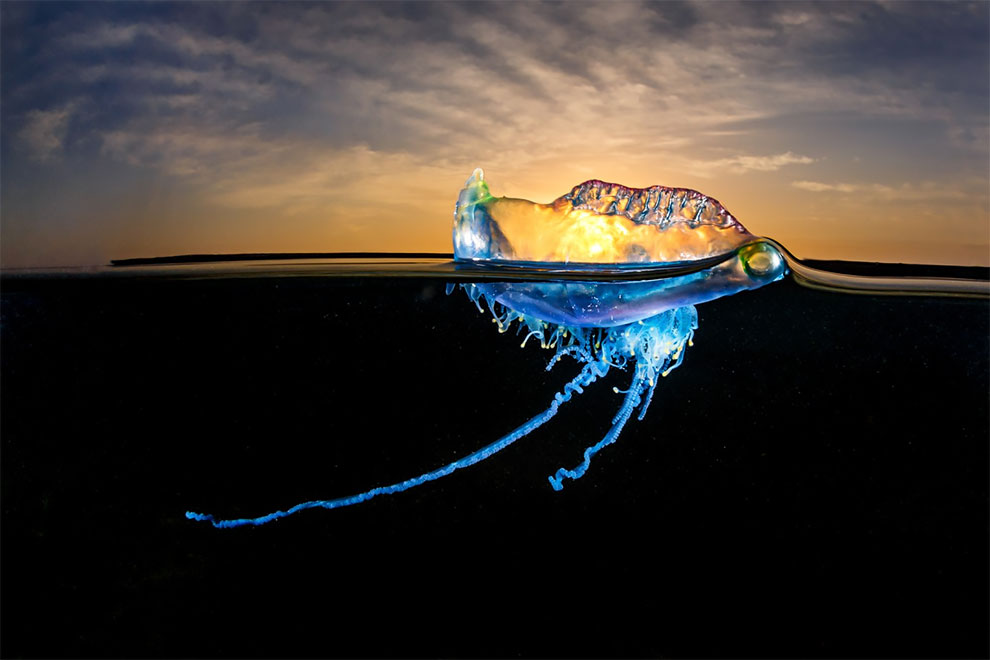 A bluebottle at sunrise in Sydney. (Grant Thomas) 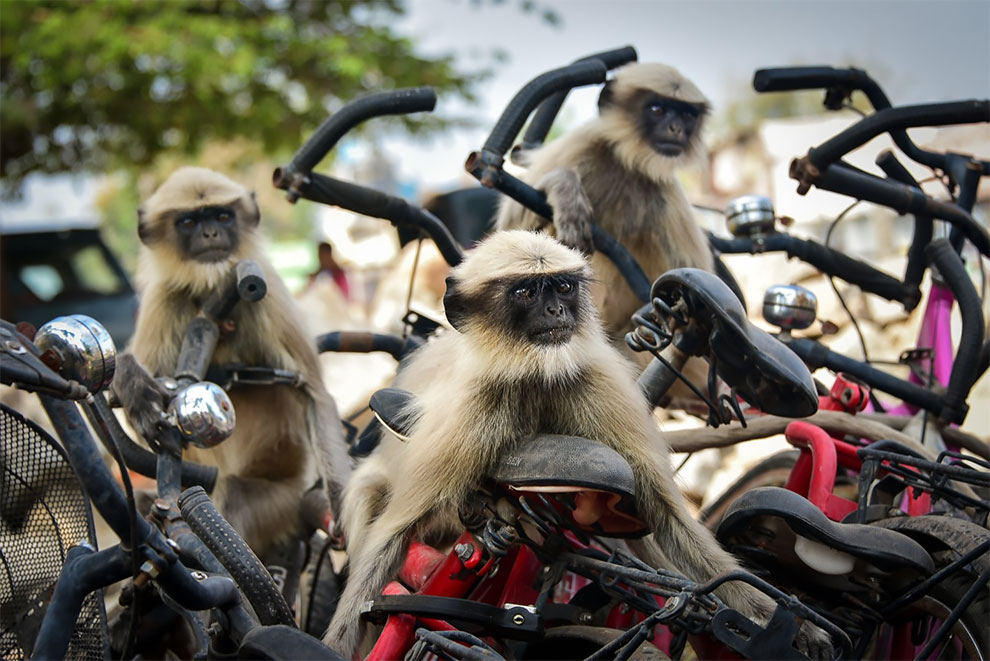 Langurs aboard a bunch of bicycles in Hampi, India. (Yevhen Samuchenko) 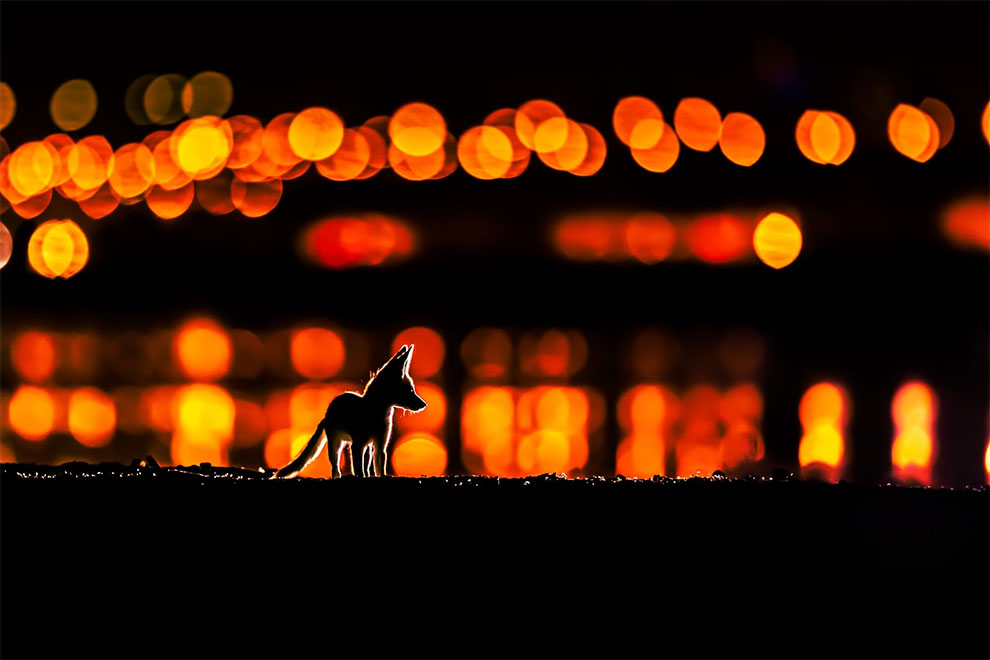 An Arabian Red Fox in the city of Kuwait. Runner-up in the Urban Wildlife category. (Mohammad Murad) 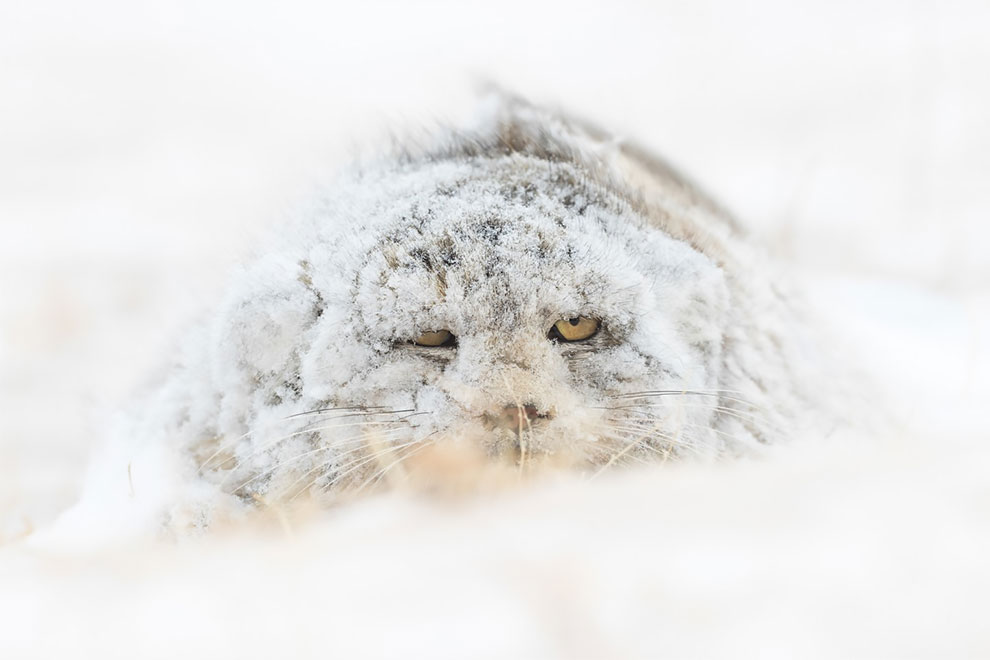 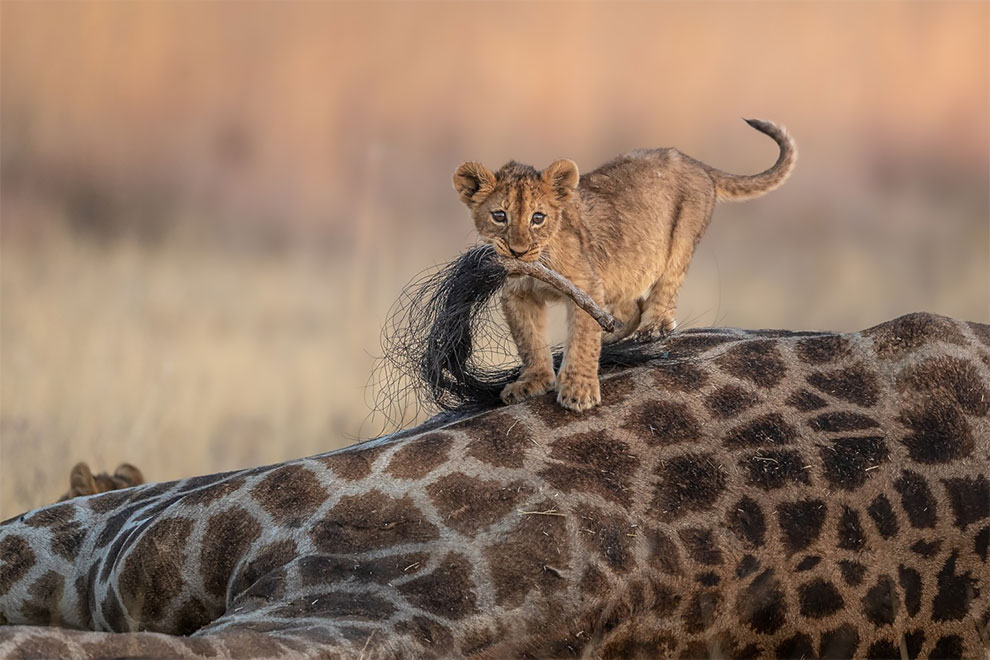 A lion cub plays with the tail of a dead giraffe. (Charl Stols) 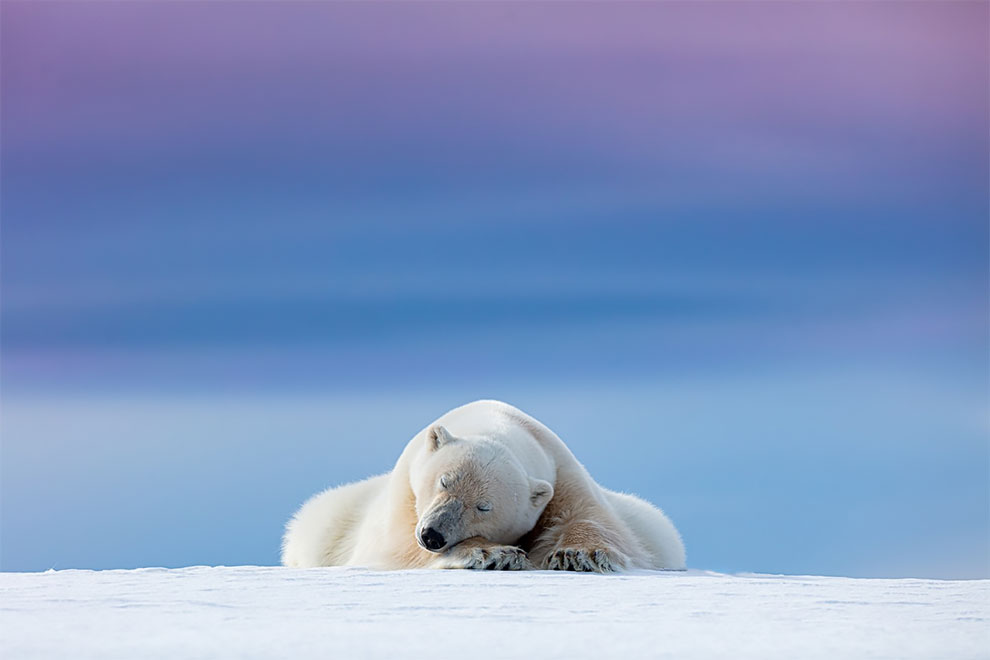