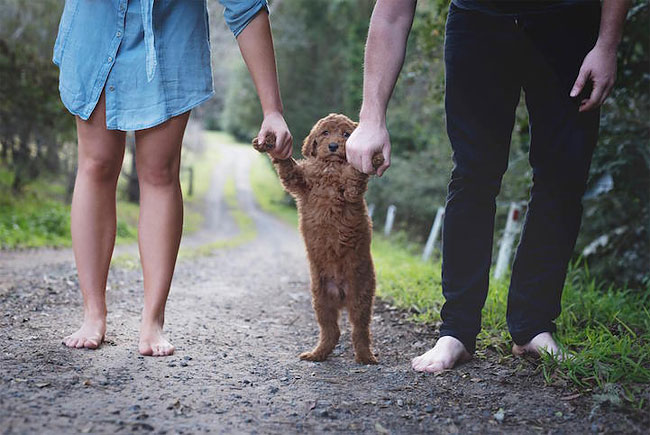 A common question often posed towards couples is, “So, when are you having kids?” While it can be an irritating inquiry, one couple found a hilarious way to deflect the issue. Matt Kay and Abby Lee staged a very special photo shoot—the kind you see from newborn parents—only instead of a little human, their “new addition” was their sweet baby puppy, Humphry. 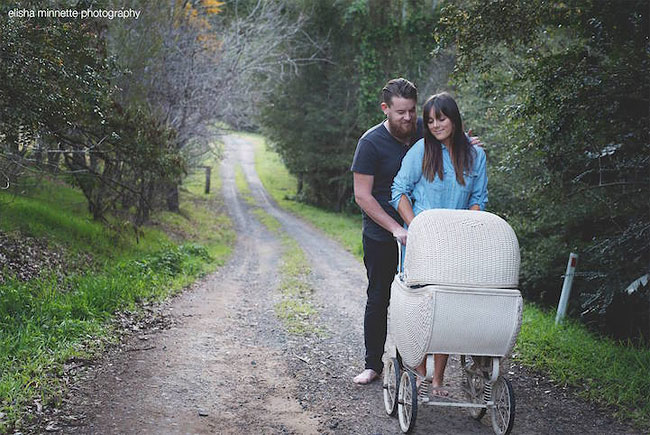 Photographer Elisha Minnette captured the amusing series, which shows off proud parents Kay and Lee. It also features all the trappings of typical newborn photos: a dreamy, romantic landscape; a vintage-style baby carriage; and parents lovingly cooing at their offspring. In these images, Humphry is an adorably great sport who doesn’t even fuss when swaddled in a tiny blanket! 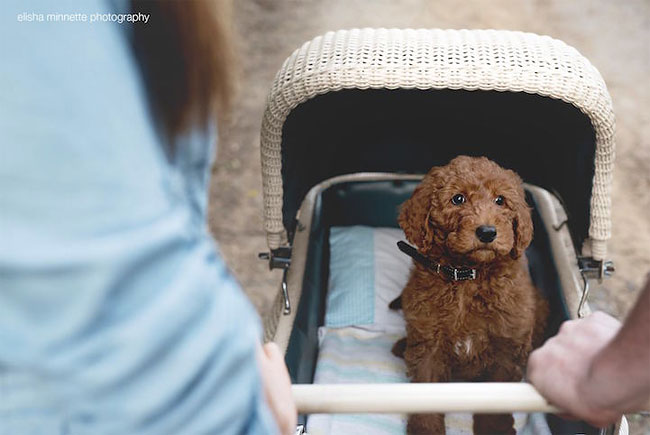 The idea for this photo shoot came during the long drive the couple took to bring Humphry home from his breeder. Minette told BuzzFeed that the series was a “light-hearted poke at parents who do similar photo shoots with their newborns.” Judging from how adorable these photos are, however, they might’ve started a new trend. 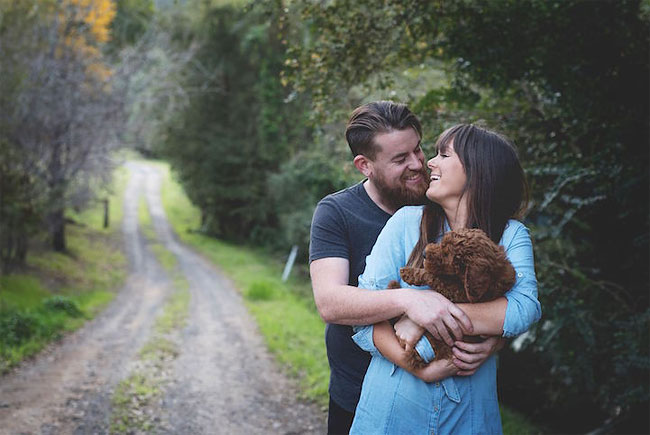 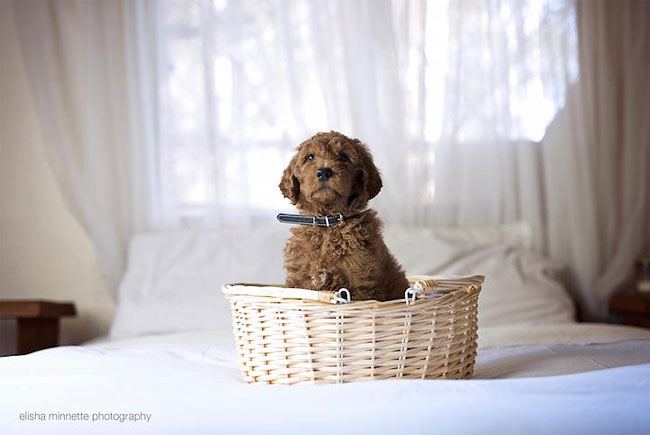 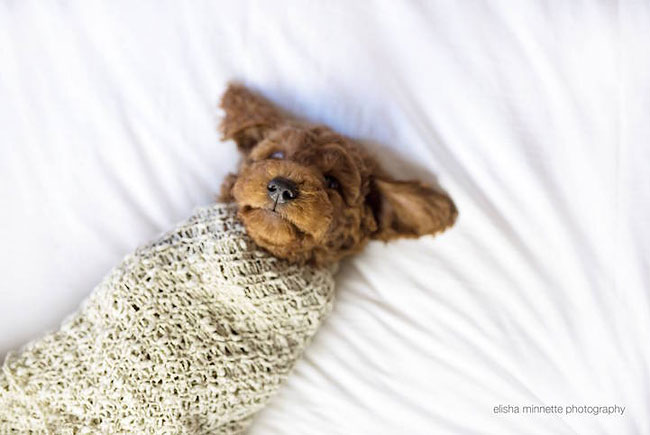 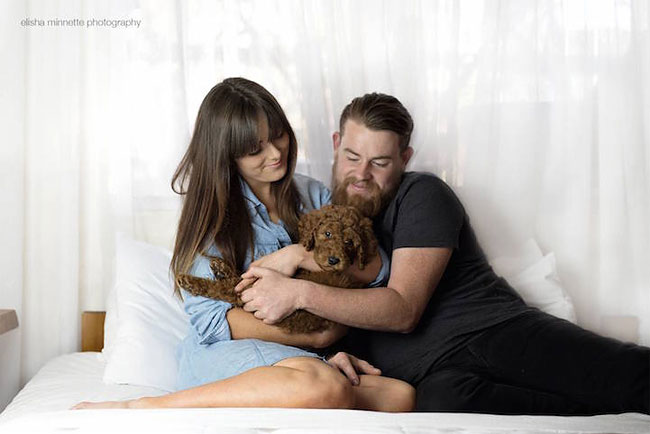 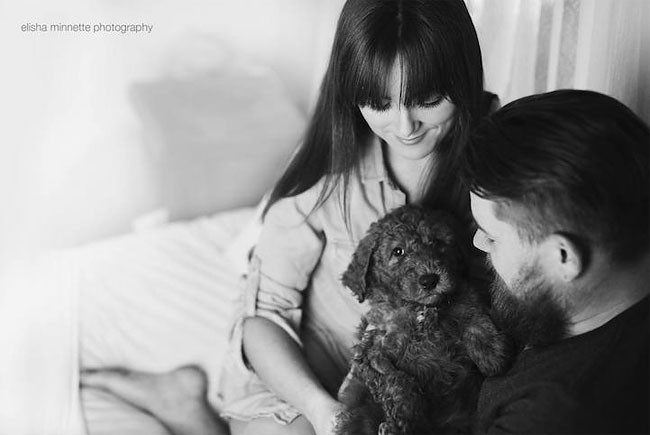 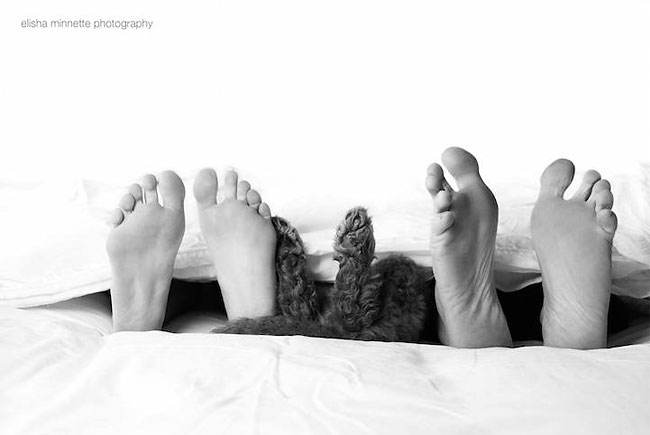 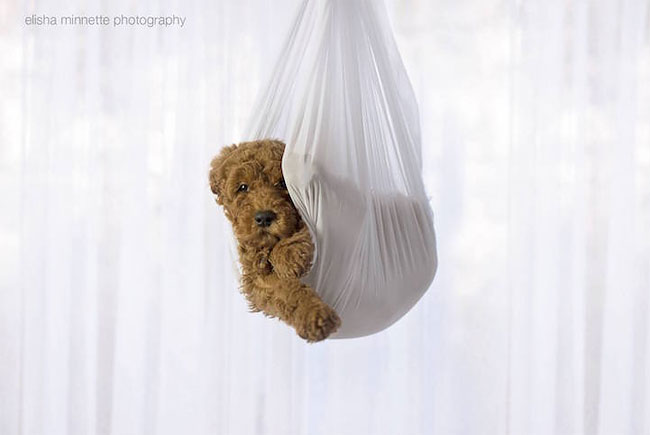 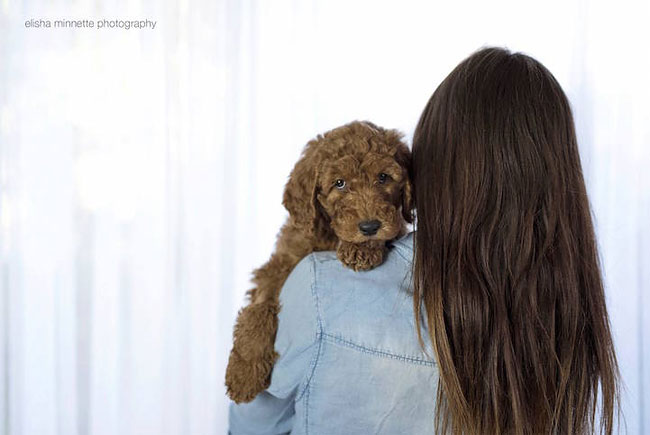 Desertification In Mongolia In Surreal Photographs By Daesung Lee
Completely Terrifying ‘The Last of Us’ Cosplay by Emma Franks
World Press Photo 2021: Outstanding Images Nominees For Photo Of The Year
Photo of the Day: Seeing Red
Vintage Photos Show What Kids Used to Do For Fun in the 1950s
Photo of the Day: Cochrane Polar Bear Habitat
Tokyo Bloggers Gallery
Smithsonian Wilderness Forever Photo Contest
Photographer Perfectly Restores Vintage Mugshots Of Famous People
Stunning Photographs Reveal The Realities Of New Brighton, A Working Class Seaside Resort In Northern England, During The 1980s
This Artist Uses Photography And Photoshop To Escape Reality
Photographer Anthimos Ntagkas Captures Mystically Unexpected Street Pictures
Spectacular Winning Images of The Drone Photo Awards 2021
Remembering George Harrison 10 Years after His Death
Spectacular Winning Images of The Siena Creative Photo Awards 2021
Photo of the Day: Follow the Red Rabbit
Woman Uses Her iPhone To Capture Portraits Of Strangers On Her Daily Commute To Work, And The Result Is Impressive
Photographer Captures Intimate And Unguarded Portraits Of Porn Stars
Photo of the Day: Burned From The Inside Out
Fantastical New Worlds Created From Realistic Landscapes By Catherine Nelson
Fascinating Nostalgic Black and White Photos of Daily Life in Michigan in 1970s and '80s
This Is Truly Heavenly Weather As Pictures Taken From An Airplane Cockpit Reveal What Pilots See From Above
Here’s What Marijuana Looks Like Under The Microscope
Elevator with a Style
couple, hilariously, newborn, photo, recreates, shoot

Grimes, Rita Ora & Iggy Pop: The First Look On The Pirelli’s 2022 'On The Road' Calendar
Frame and Glory: Artist Captures Improvised Goalposts Around the World
Incredible Images Capture The Raw Beauty Of Waves Breaking Off The Coast Of South Africa
Grizzly Bears Among Stunning Finalists of National Parks Photo Contest
Rare And Beautiful Photos Of 18-Year-Old Freshman Madonna At The University of Michigan In 1976
Japan’s First Female Photojournalist Is Still Shooting At The Age Of 101
Inside the Abandoned Belgium Mansion with the Urban Explorer Andre Govia
Romanian Photographer Captures The Sentimentality Of Motherhood In Different Countries
Photo of the Day: A Little Levity
Photo of the Day: Triumph Of Forms
Source of inspiration since 2007. Proudly hosted by WebHostingBuzz.
Privacy Policy · Terms of Service · Content Removal Policy 🇺🇦 ❤️