Breakfast in Bed: Extraordinary Color Photographs Revealed the First Class of Air France in the 1950s 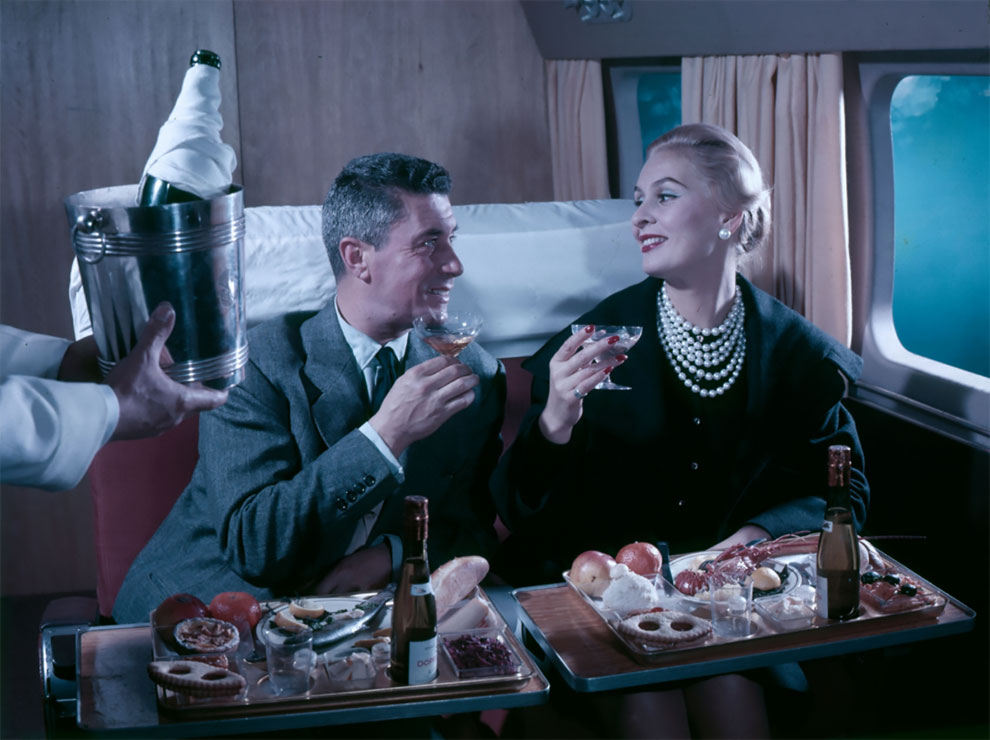 Air France, in full Compagnie Nationale Air France, French international airline originally formed in 1933 and today serving all parts of the globe. With British Airways, it was the first to fly the supersonic Concorde. Headquarters are in Paris. 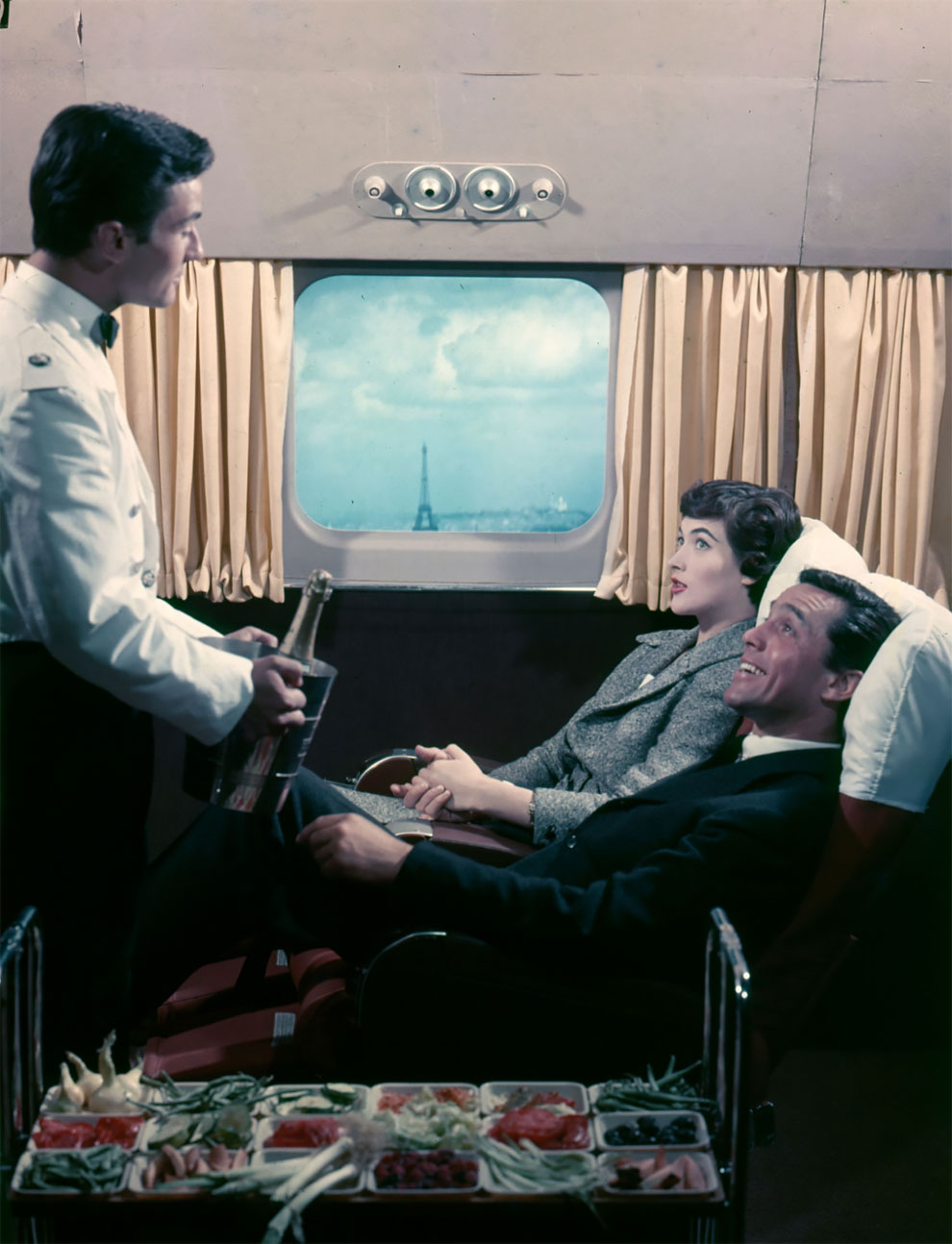 By 1948 Air France operated 130 aircraft, one of the largest fleets in the world. Between 1947 and 1965 the airline operated Lockheed Constellations on passenger and cargo services worldwide. 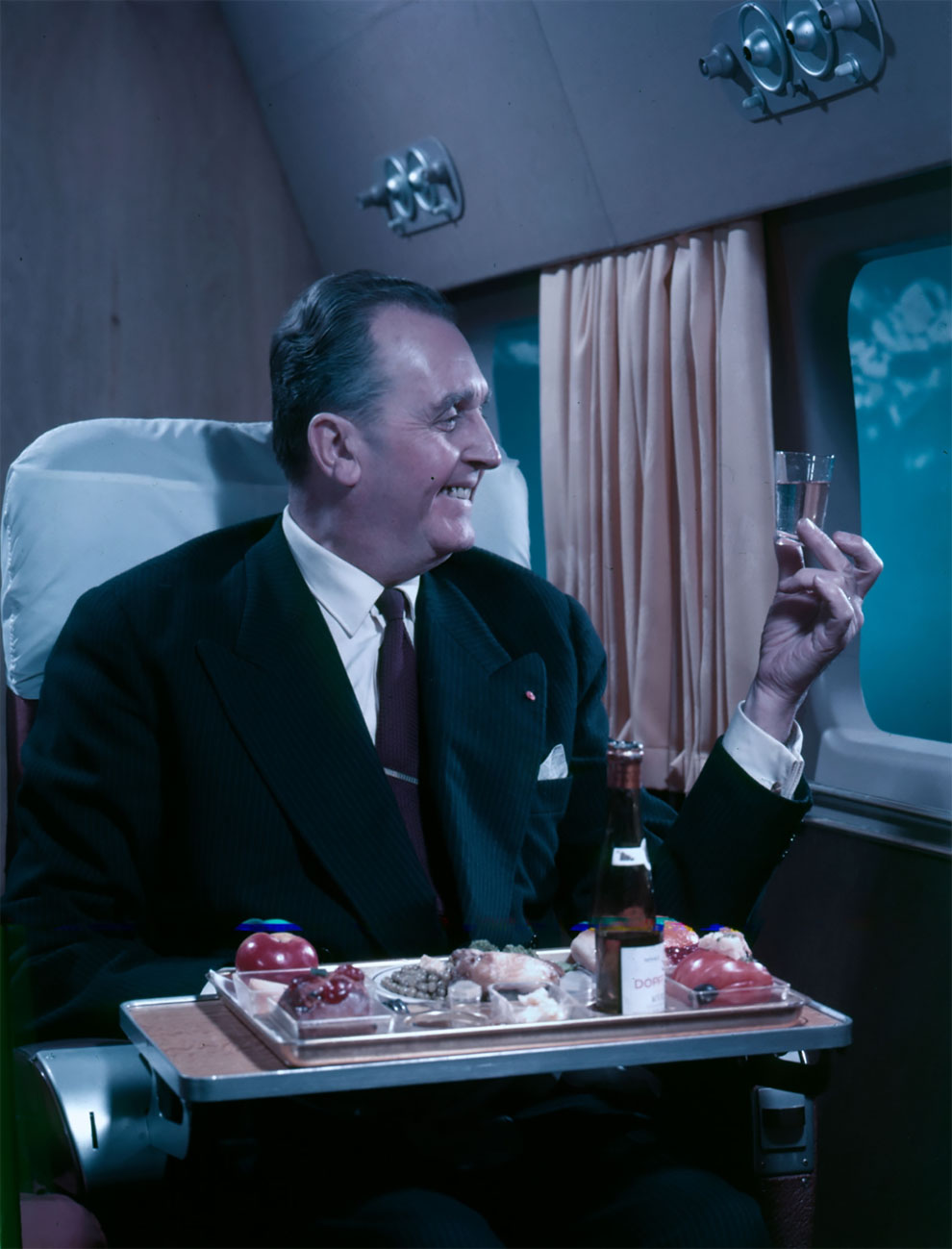 During the mid-1950s it also operated the Vickers Viscount turboprop, with twelve entering services between May 1953 and August 1954 on the European routes. On September 26, 1953, the government instructed Air France to share long-distance routes with new private airlines. This was followed by the Ministry of Public Works and Transport’s imposition of an accord on Air France, Aigle Azur, TAI and UAT, under which some routes to Africa, Asia and the Pacific region were transferred to private carriers. 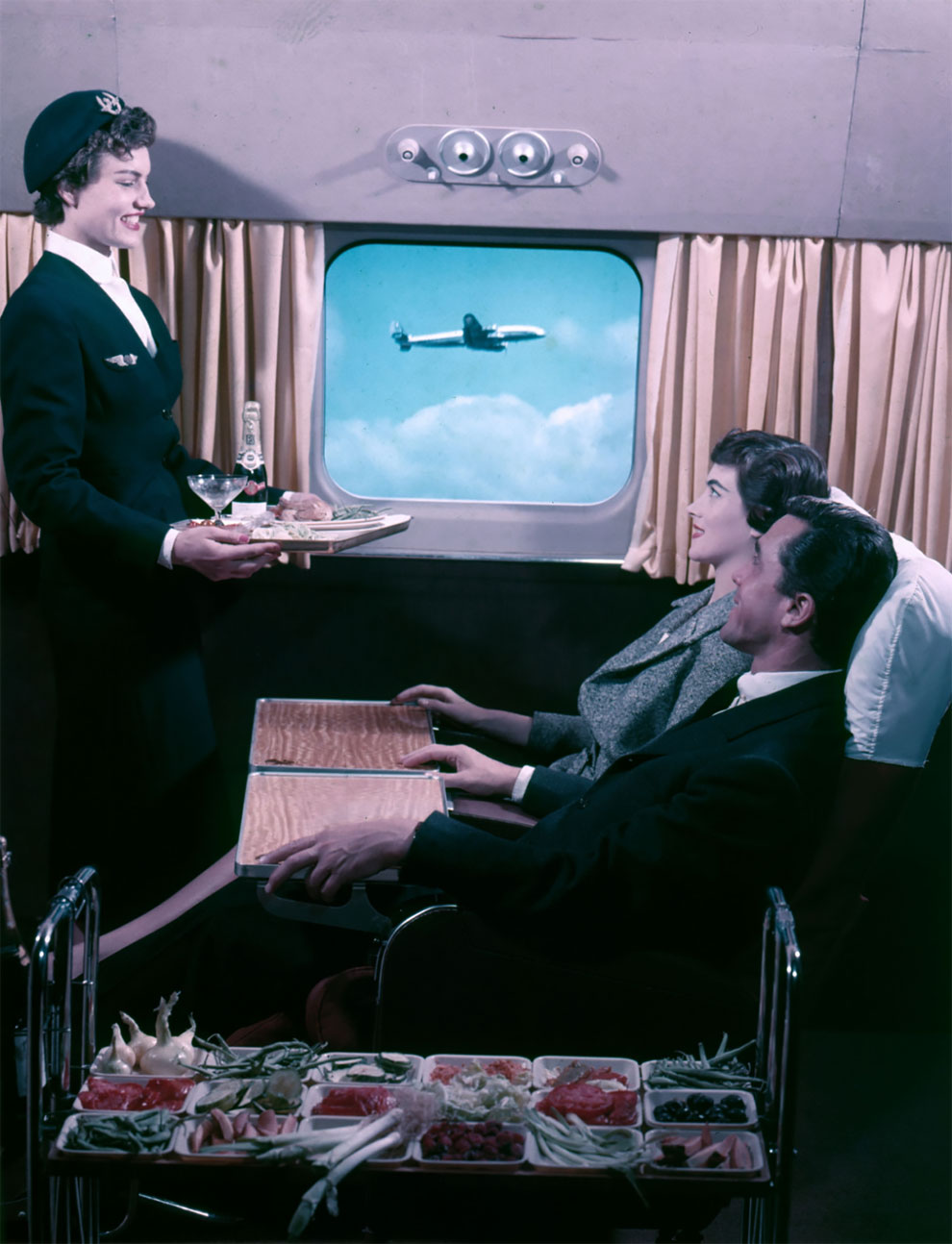 In 1957, Eugene Louis Kammerman (1920–1961) took a series of photographs for an advertising campaign for Air France. Photographer for the United States Army, he married a French woman and decided to stay in France. A reporter for the Saturday Evening Post, he collaborated to the young newspaper L’Express, then too “poor” to pay him. He started to work on advertising campaigns and did reportages on the major fashion houses, his images were published in magazines such as Elle, Paris Match and Life… 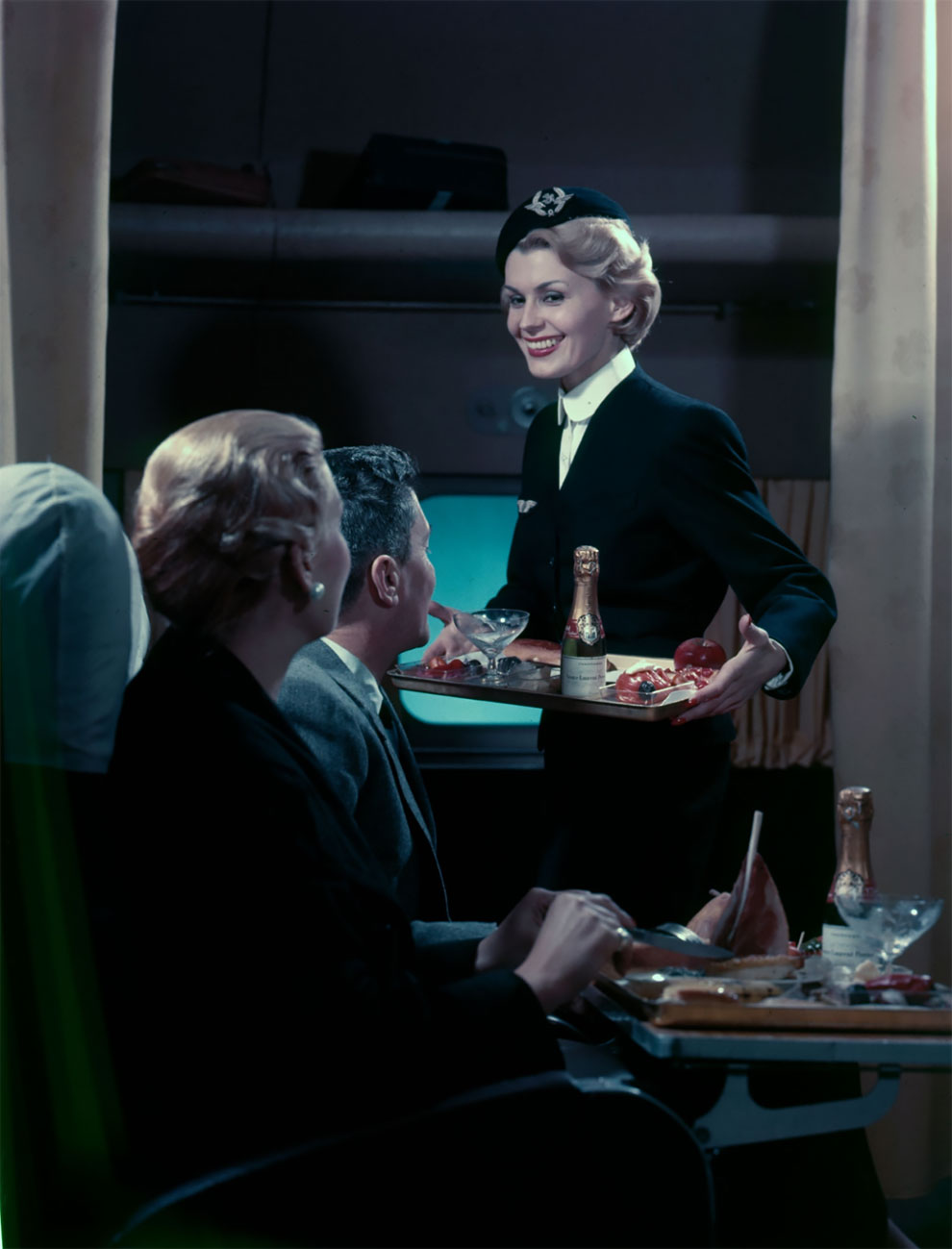 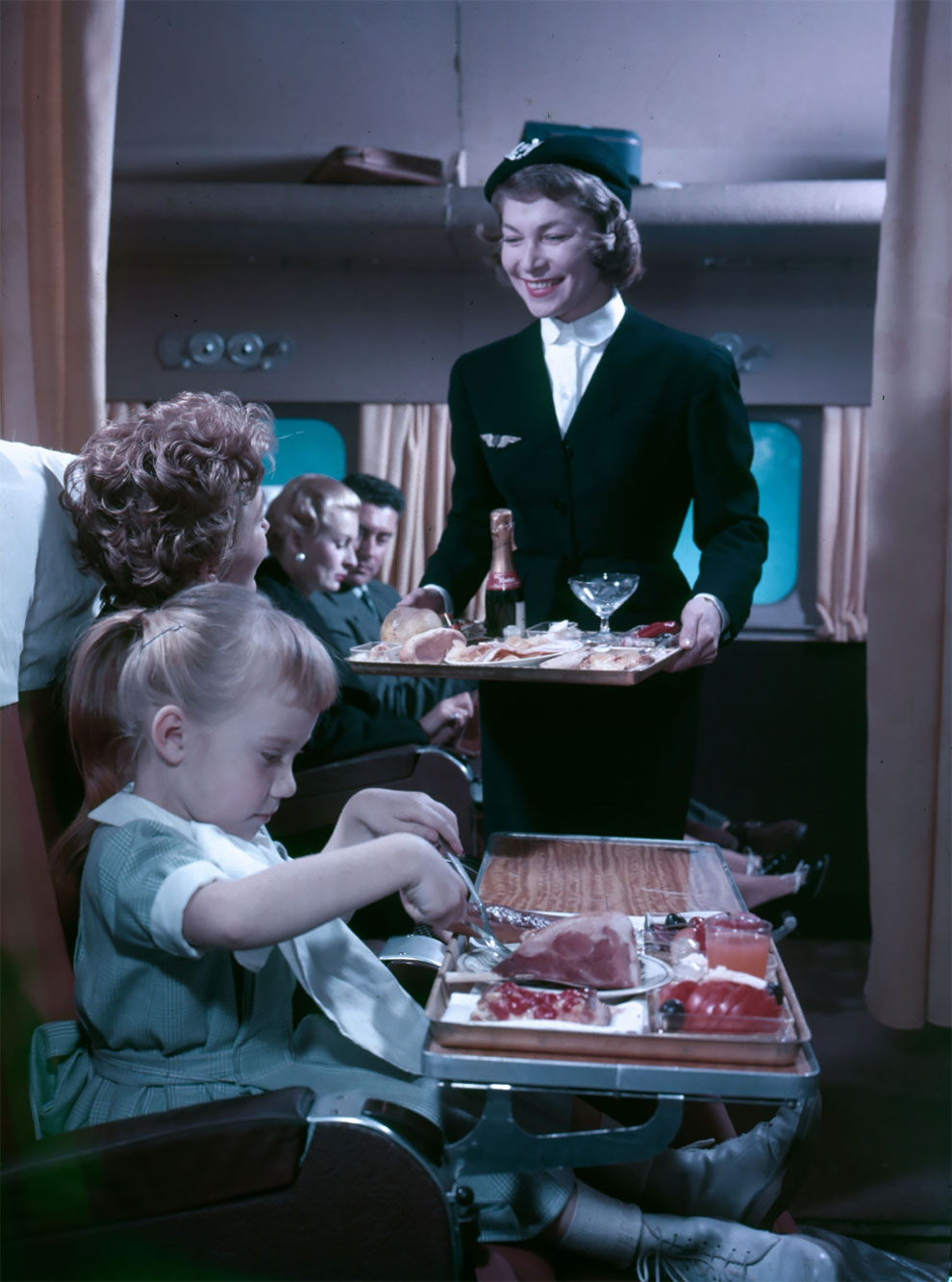 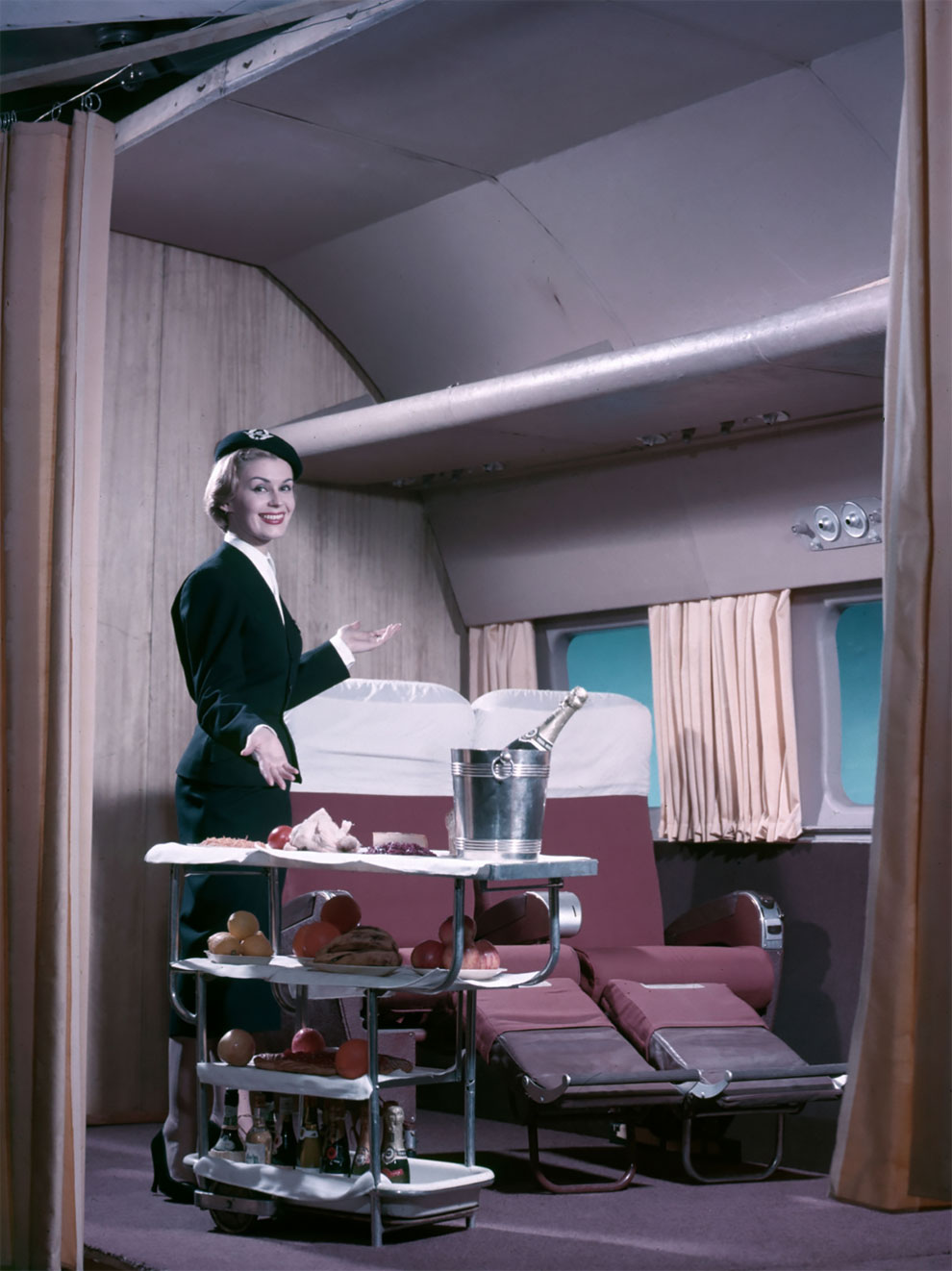 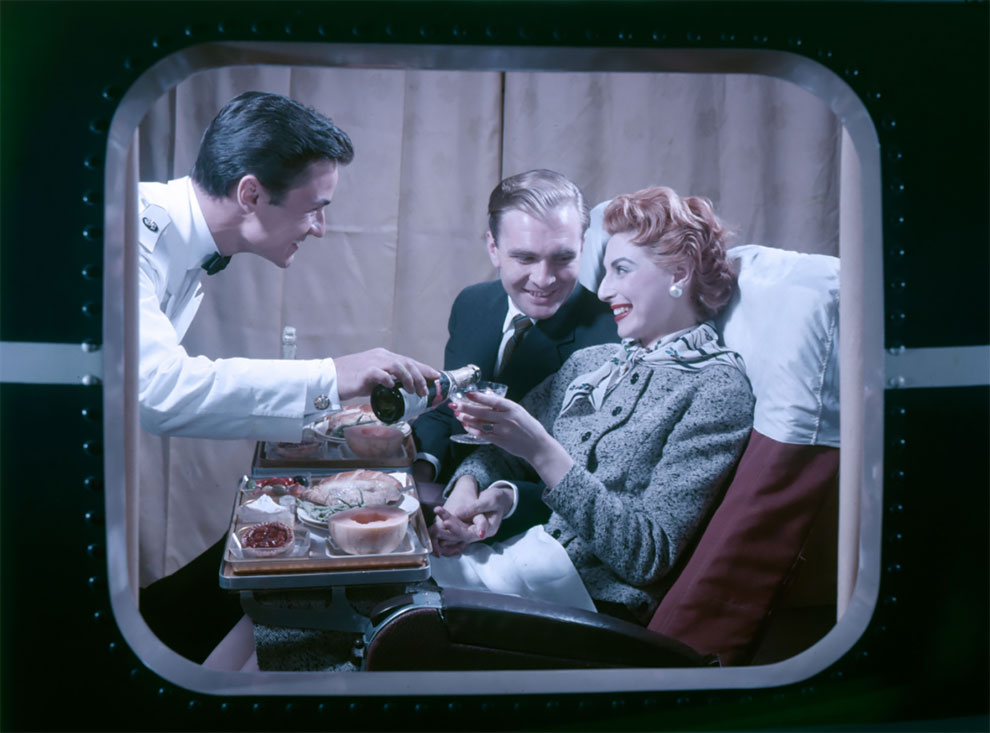 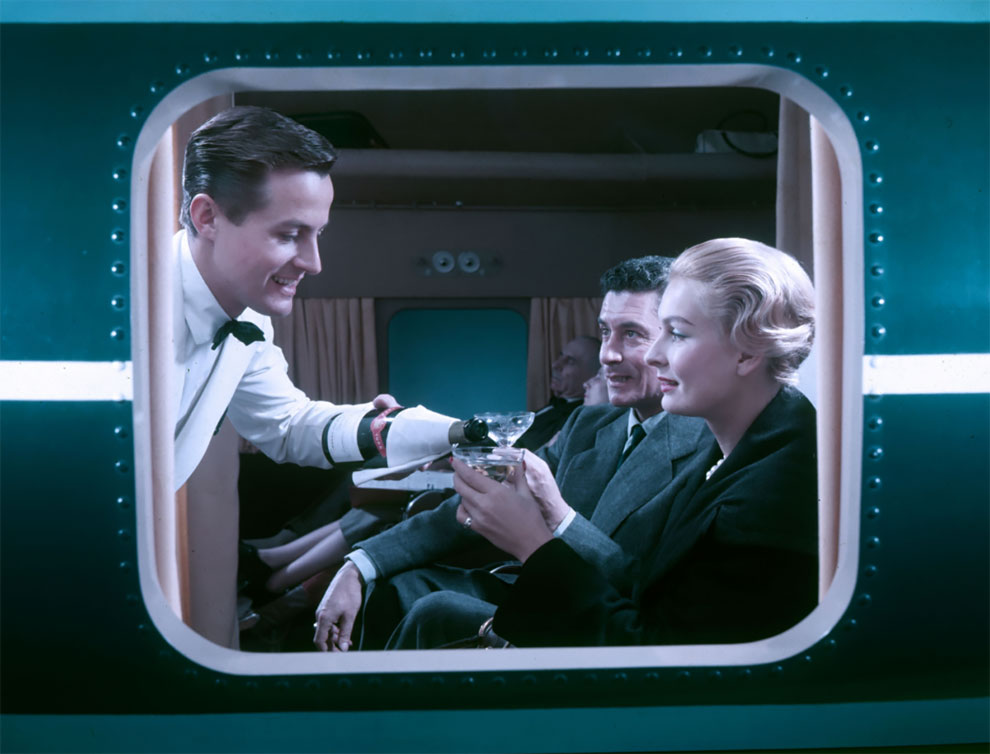 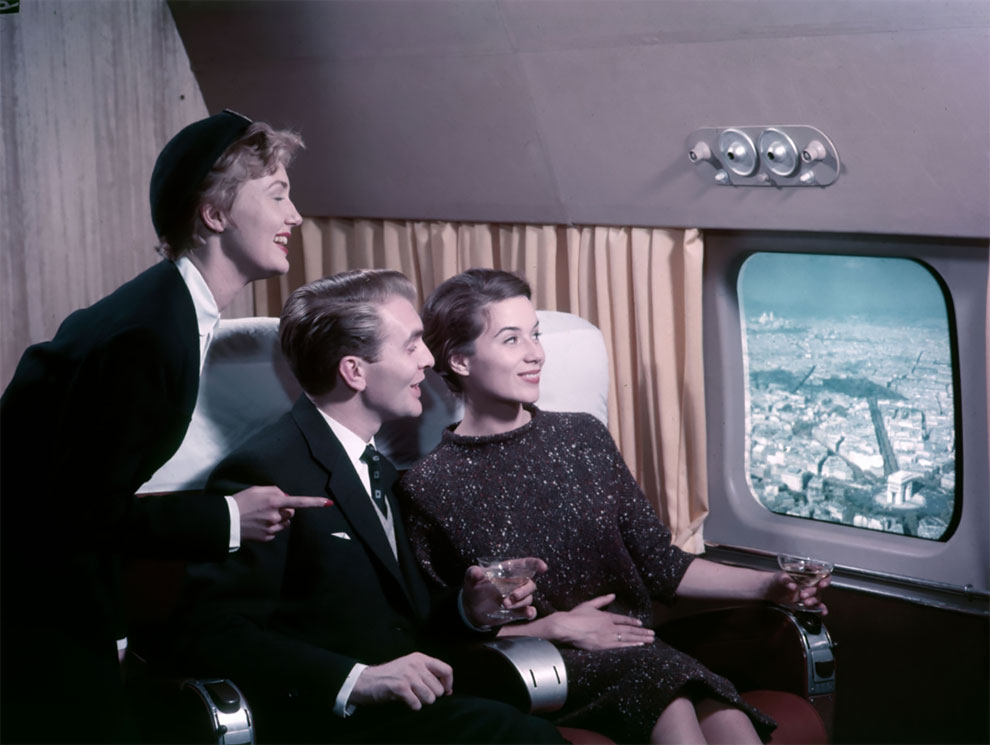 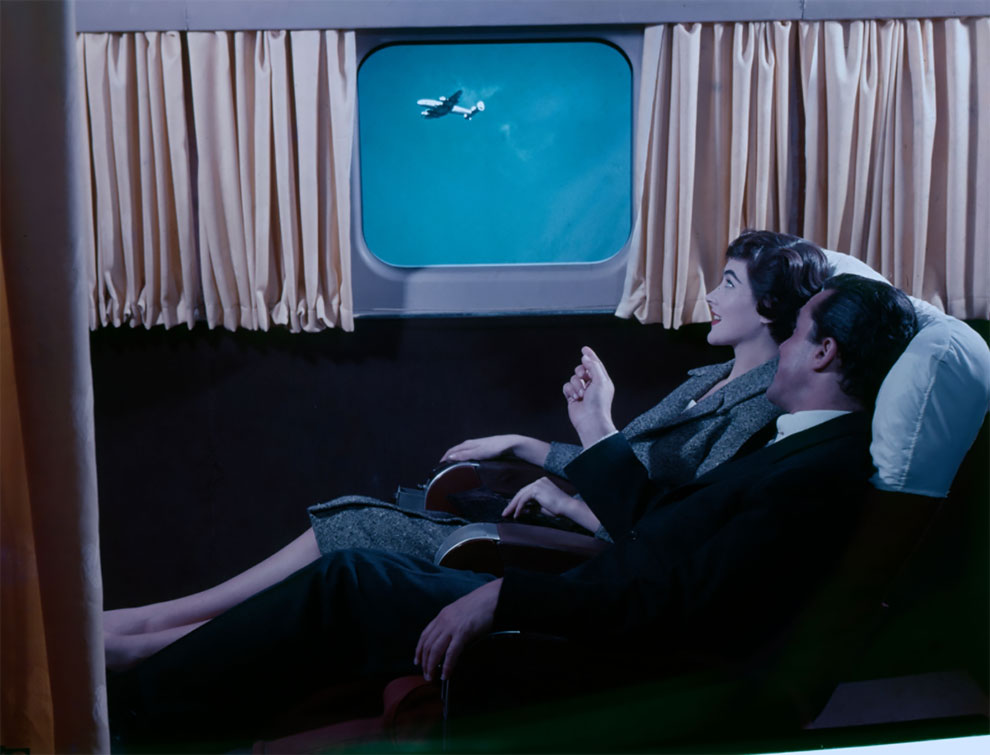 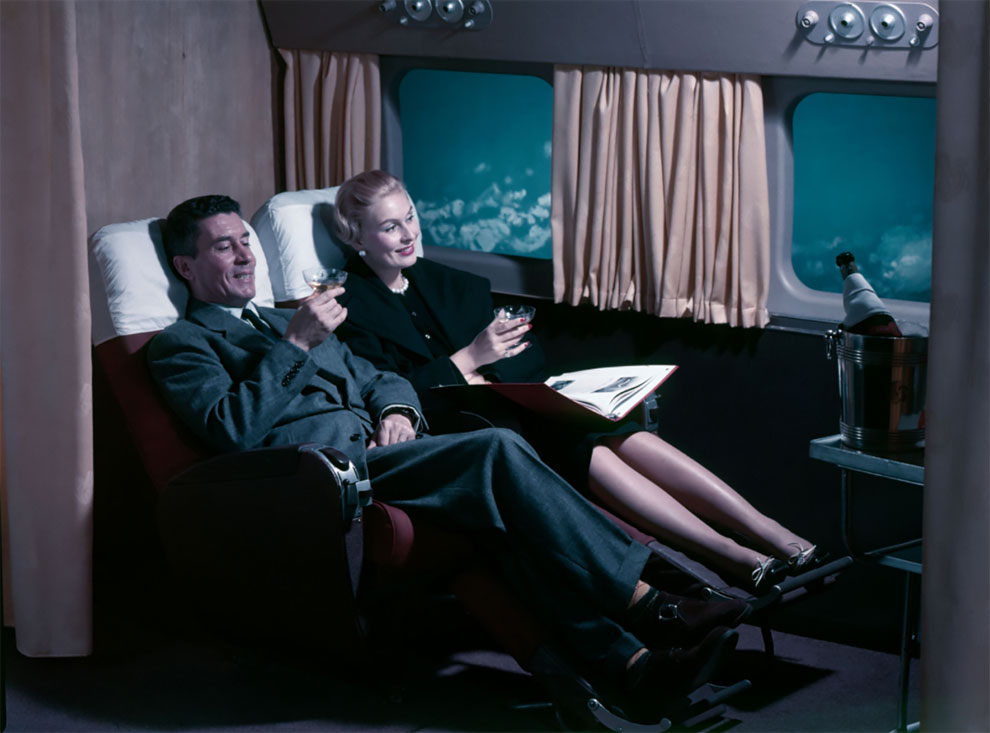 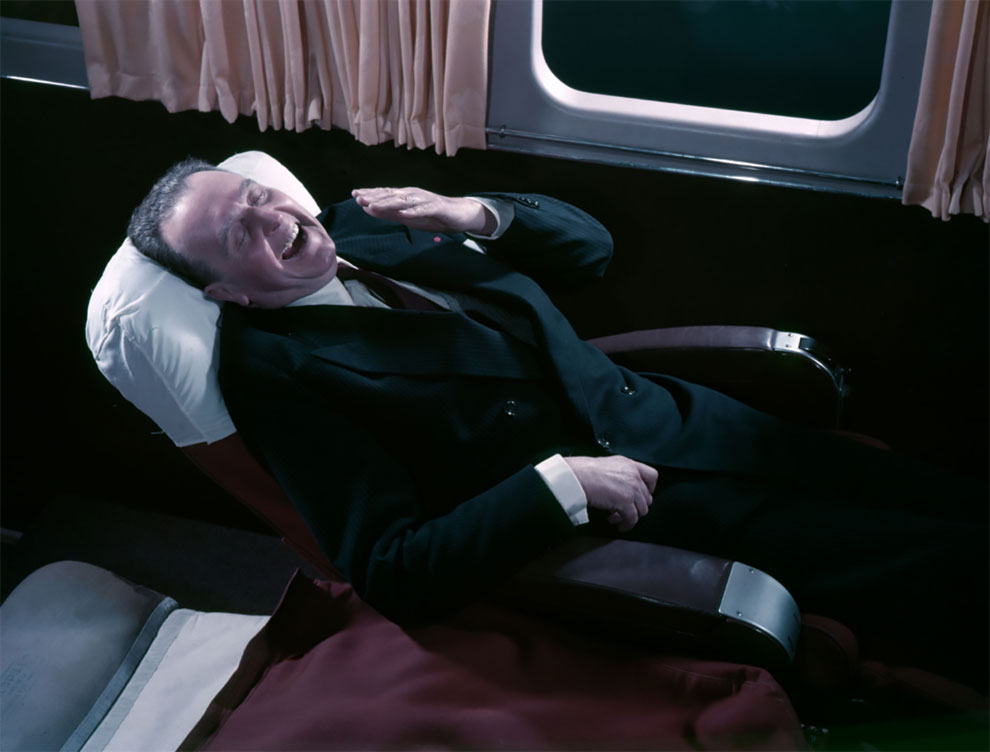 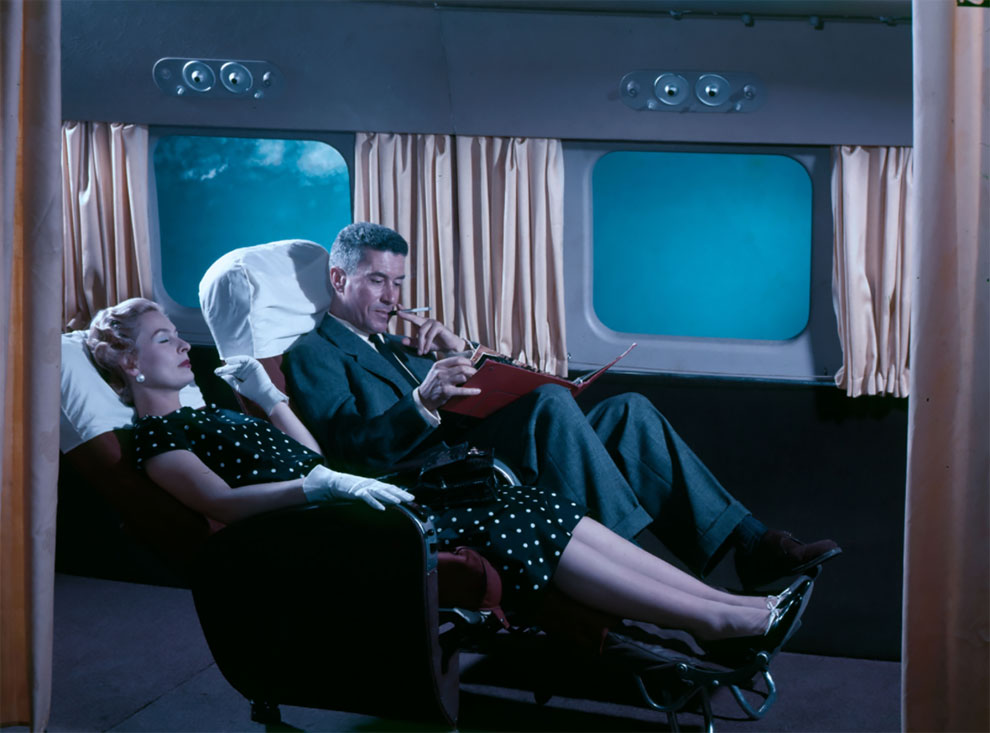 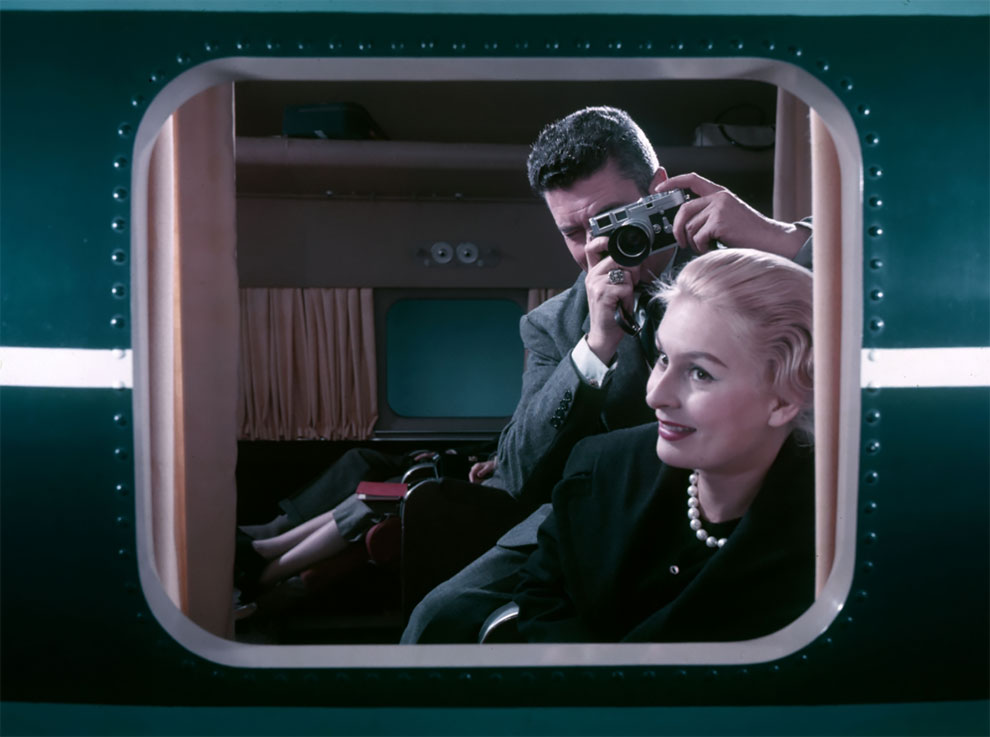 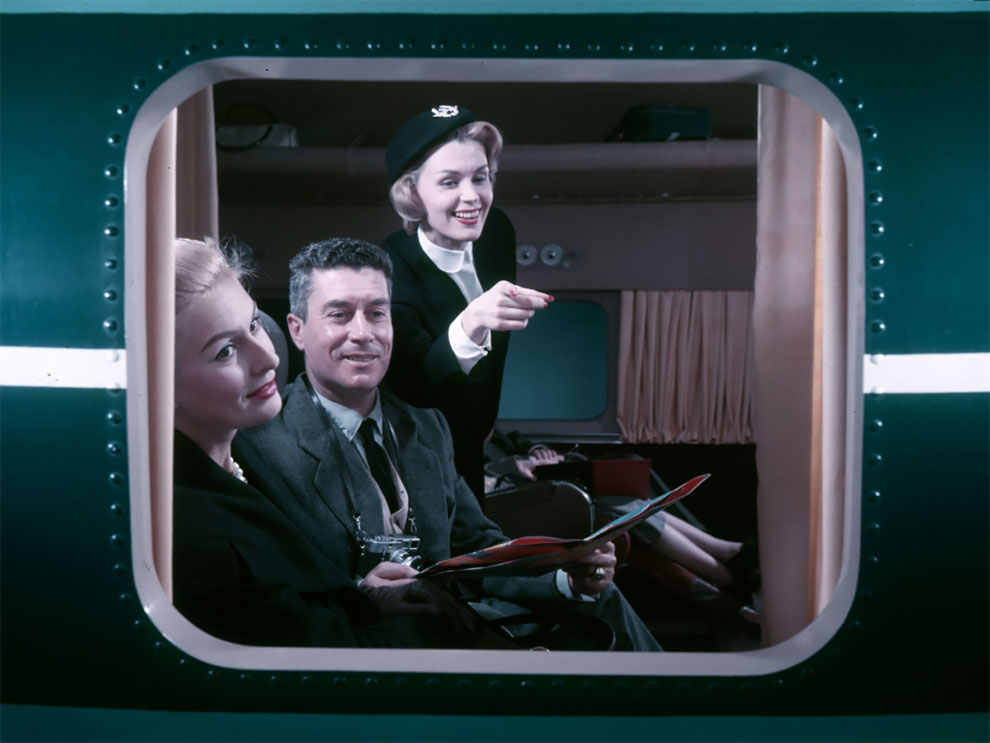 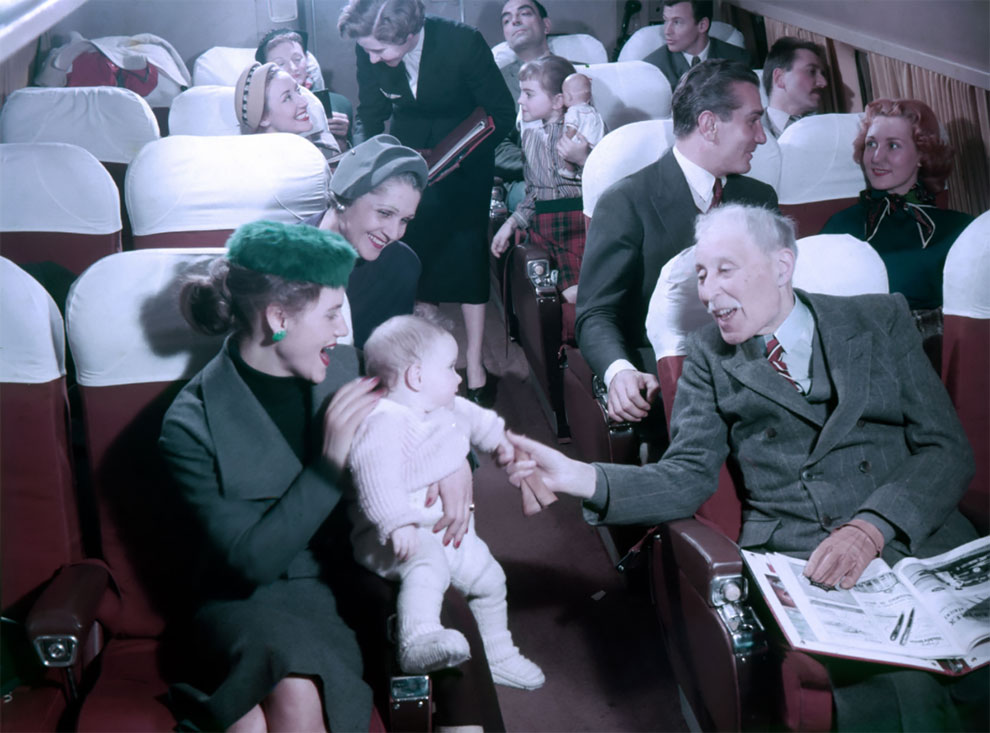 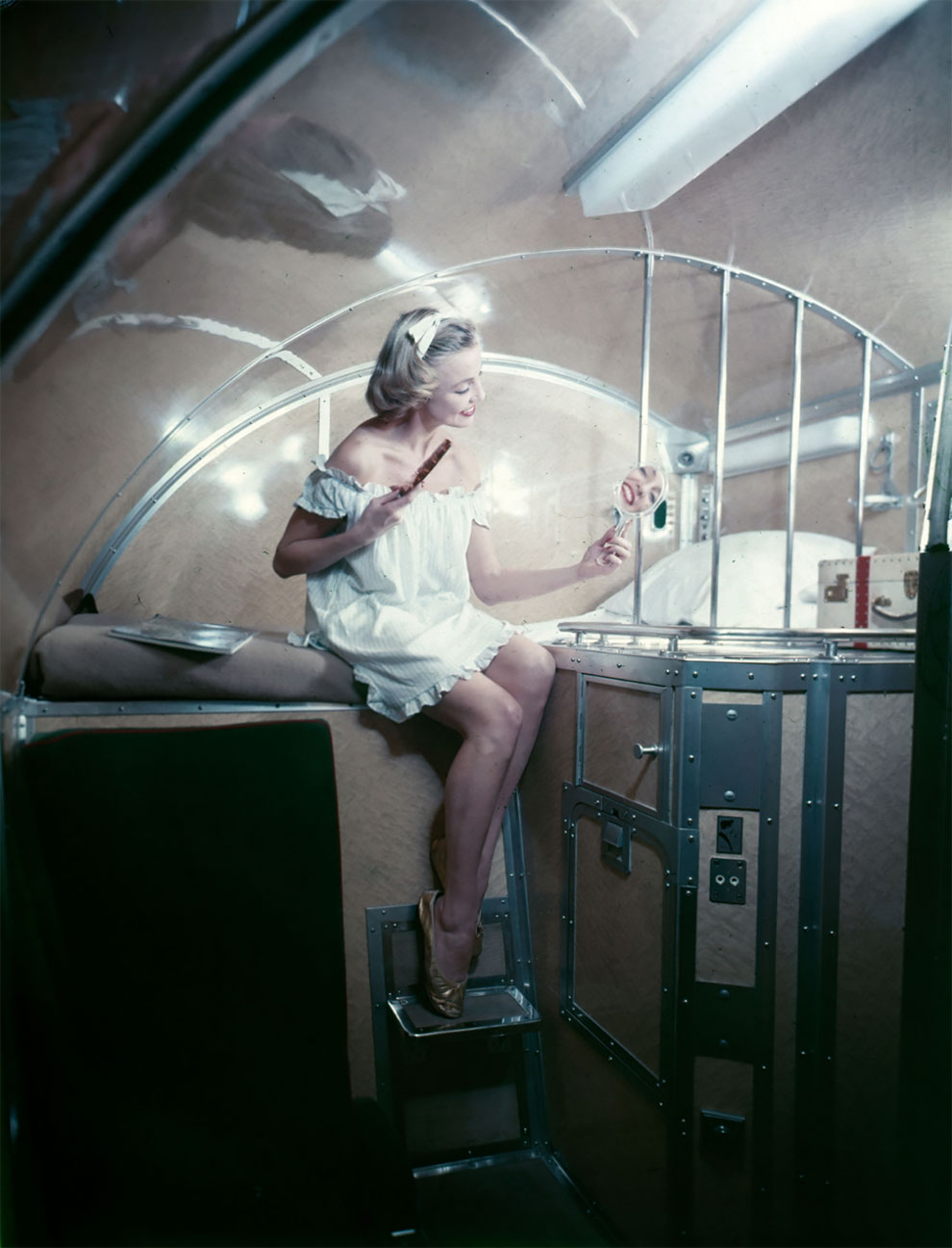 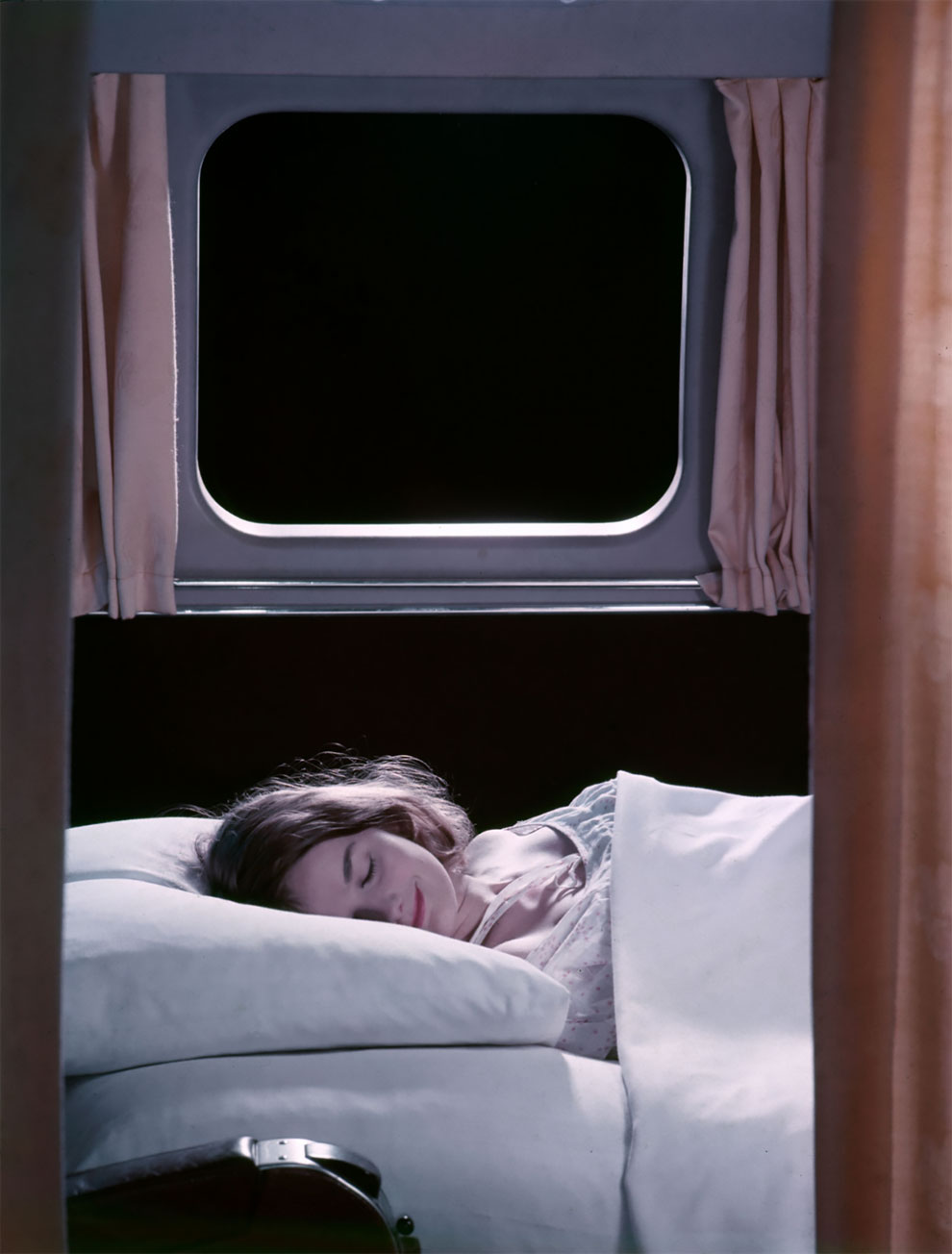 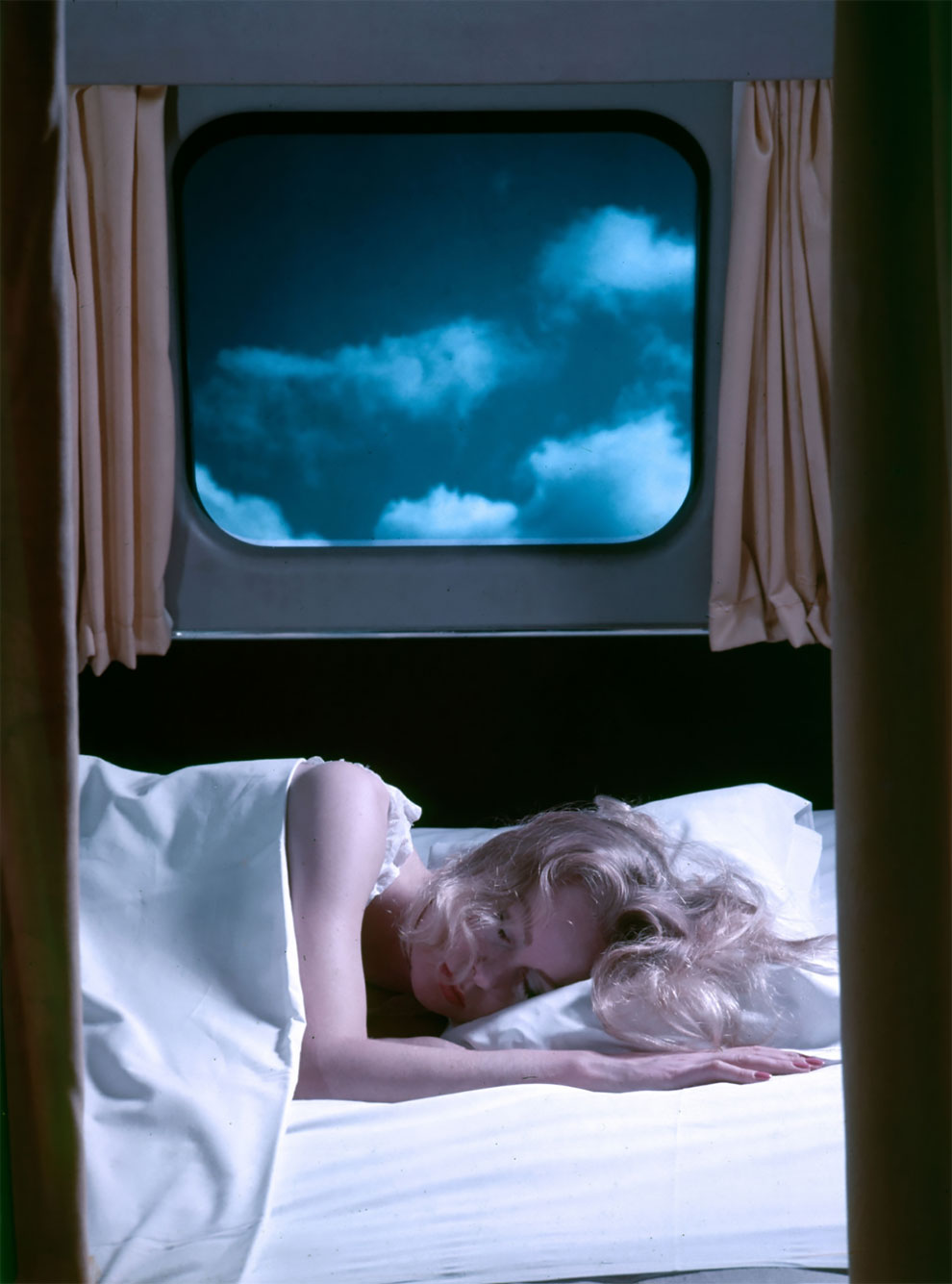 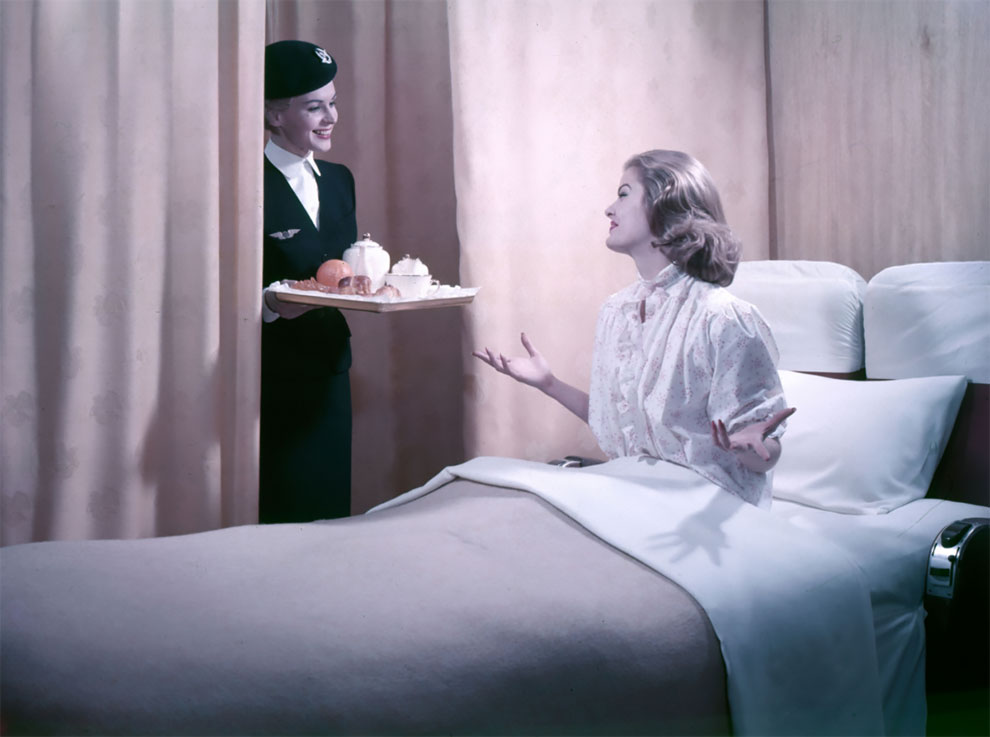 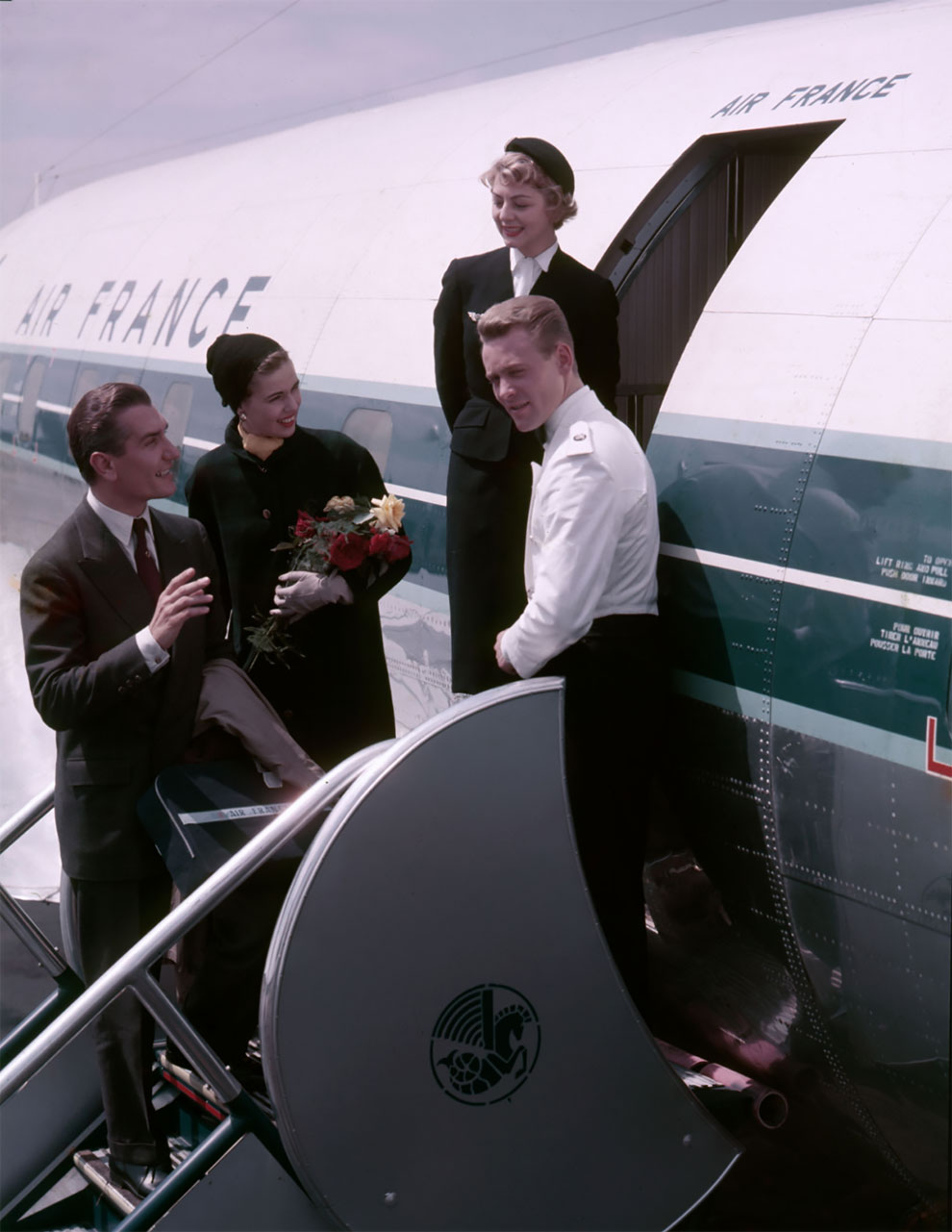 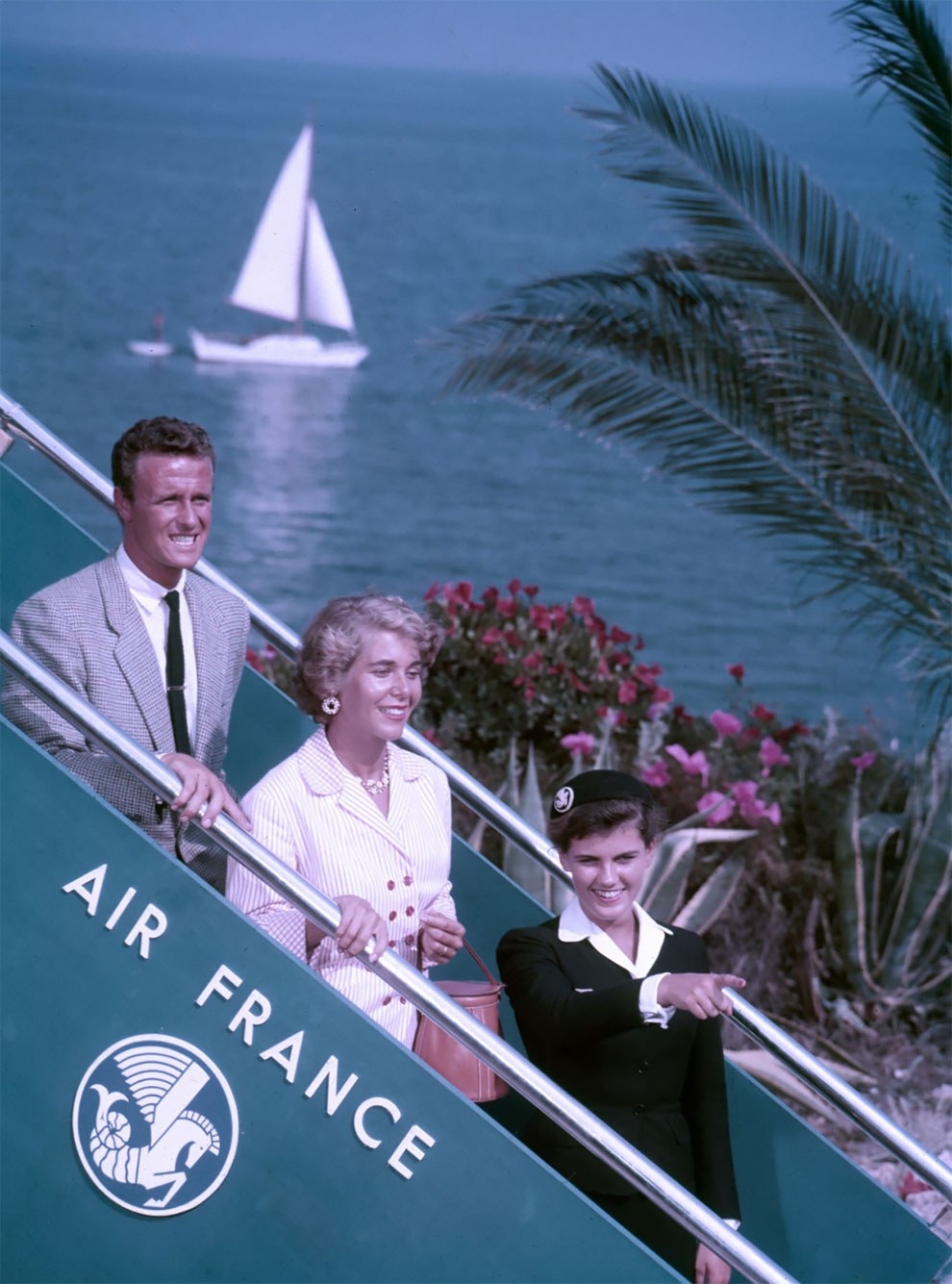 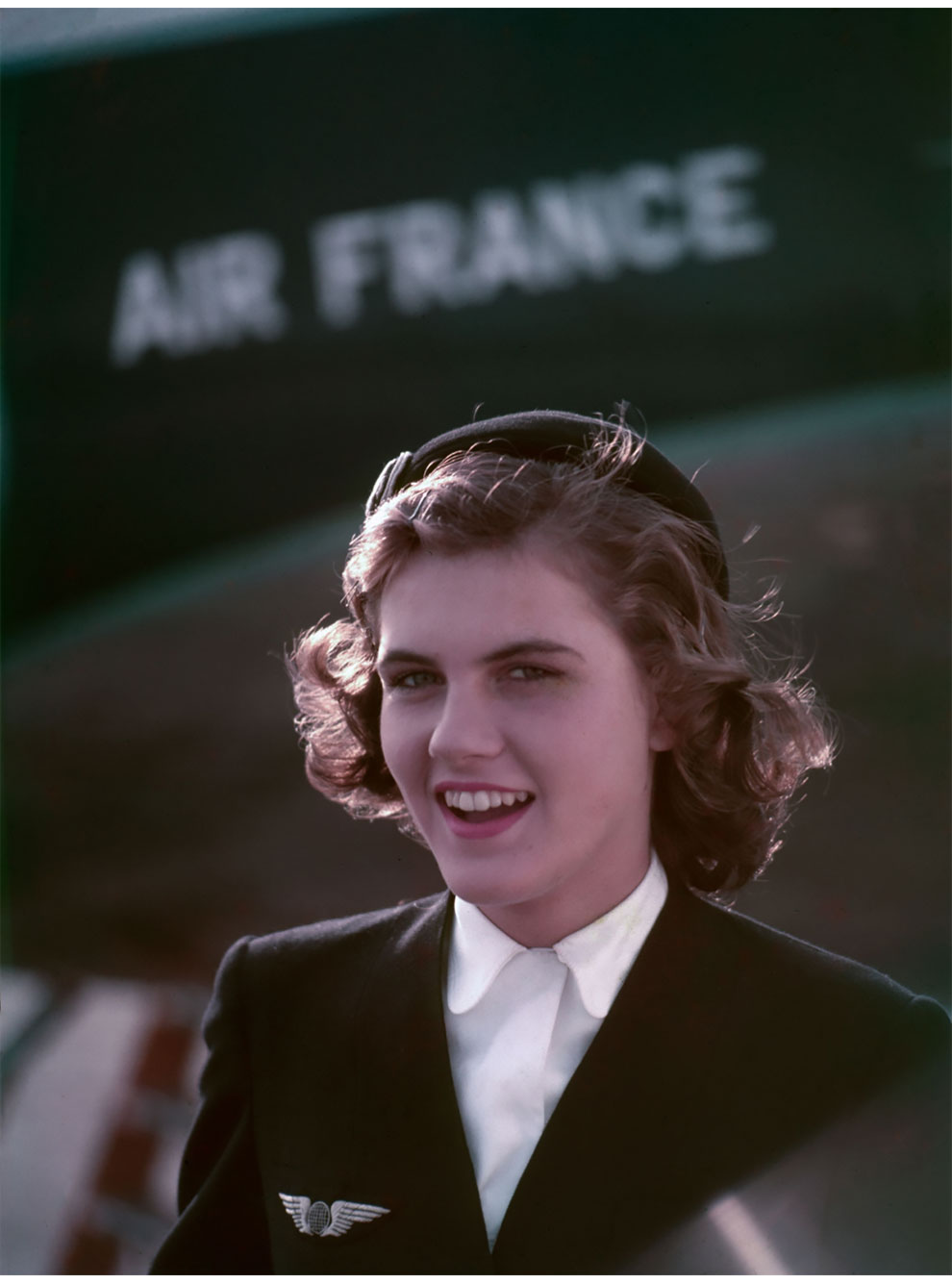 Cool Pics Of 20 Great '80s Classic Cars That Time Forgot
Photographer Spent Two Weeks In Iceland To Shoot The Recent Fagradalsfjall Eruption
Selection of Finalists for Bird Photographer of the Year 2021
Concepts From Future Past: 1963 Chevrolet Corvair Testudo
Jack London’s Extraordinary Photos of London’s East End in 1902
Before The Great Clean-Up Began, Here Is Another Side Of New York In The 1970s That You May Never Know
40-Foot Studebaker President: The World's Biggest Passenger Car
An Artist Has Completely Documented Her Two Years Of Travel By Painting In Moleskine Notebook
Life Before The Taliban: Photos Show Afghanistan Before It Plunged Into Hell
Graveyard of The Bikes: Aerial Photos of China's Failed Share-Cycle Scheme Show Mountains of Damaged Bikes
"Skater For Life": Fascinating Vintage Photos Of Judi Oyama, Who Began Skating In 1973 When She Was 13 Till Now!
Artists Recreate Iconic Posters of Movie Classics with Black Models
Panoramic Photos That Went Horribly Wrong
Stunning Portraits of Wild Animals by Brad Wilson
"Cats And The City": Russian Artist Imagines A World Where Humans Live Among Giant Cats
Spectacular Winning Photographs from The World in Macro Contest 2020
Wonderful Photos Of John F. Kennedy With His Children In Halloween Costumes In The Oval Office
Spectacular Winning Images from The Milky Way Photographer of the Year 2021
Incredible Photos Of Violinist Jascha Heifetz Playing In Darkened Studio As Light Attached To His Bow Traces The Bow Movement In 1952
Burnouts by Simon Davidson
Spectacular Winning Photos of The 2020 Royal Air Force Photographic Competition
Keep Calm and Wash Your Hands: Vintage Handwashing Propaganda Posters Between The 1920s And 1940s
Photographer Explores The Artefacts of Abandoned Former USSR Sites
Zoe Saldana for Malibu Magazine
1950s, Air France, Eugene Louis Kammerman, flight, plane, retro, travel