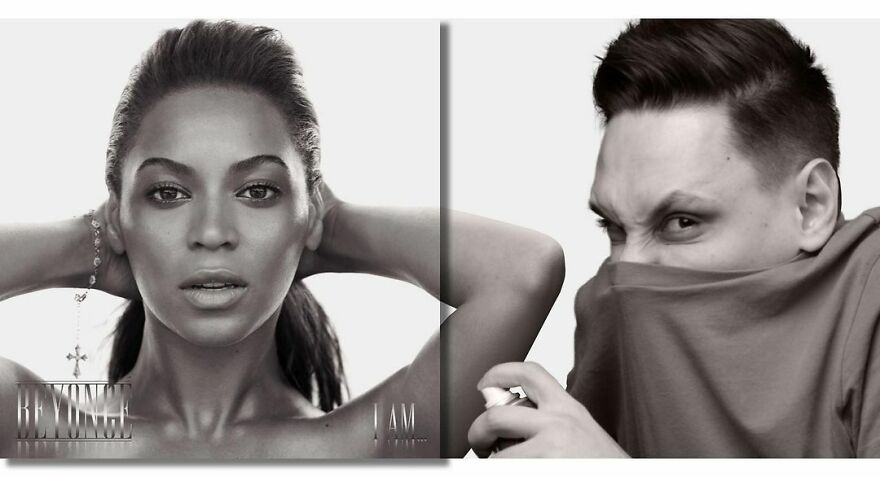 The covers of the most famous music albums are iconic in their own right. The images are often very powerful and game changing, and become associated with the artist, the music, and the era itself, and the most original ones of them all dictate the trends for decades. Some of these images are even considered perfect. Which is why nobody in their right mind would want to add something a little extra to them, you know, to make it better… right? 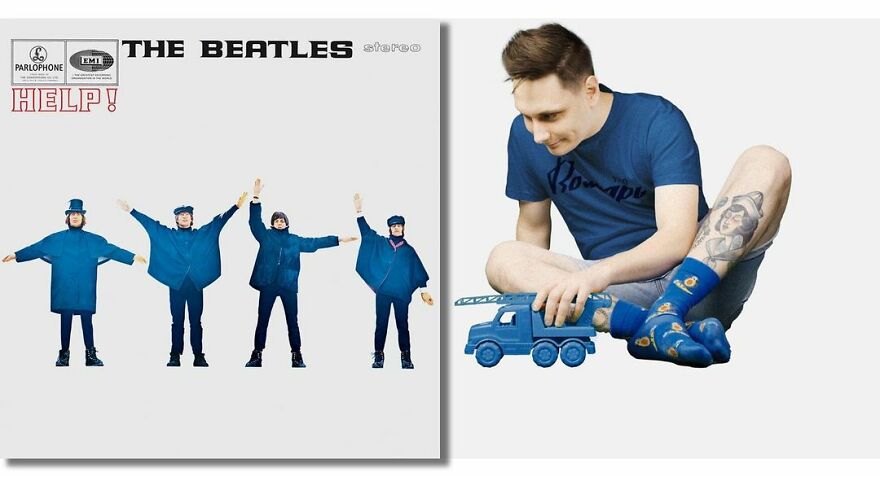 Apparently, somebody came up with the idea and executed it, and that somebody is Igor Lipchanskiy (previously featured). And to be frank, he adds to them in a way that makes the original art a little bit funny. The mockery is, of course, all for good-hearted fun, and in reality, Igor has nothing but respect for these legendary artists. Though it’s something nobody has ever asked for, despite this fact, it sure is something that is entertaining to look at. 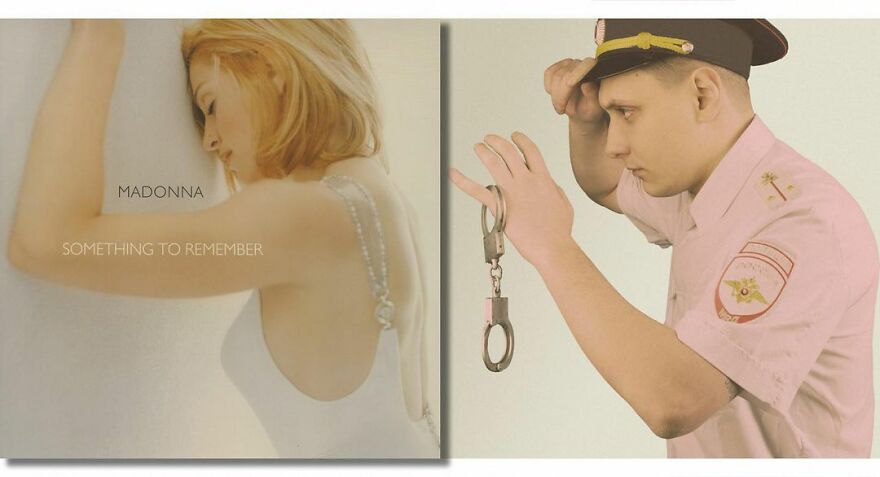 Though it’s obvious that these artists are familiar to most, perhaps the face of Igor Lipchanskiy is familiar to you too? It might be possible, since Bored Panda has featured articles of his a few years ago, which you may find here, here, and here.

Here’s how he funnily described his hobby: “My name is Igor and I live in cold Russia. In between dismantling of an AK-47 assault rifle and training of the home bear, I like to listen to music and when I peer into the cover of the album I find a place for myself there.” 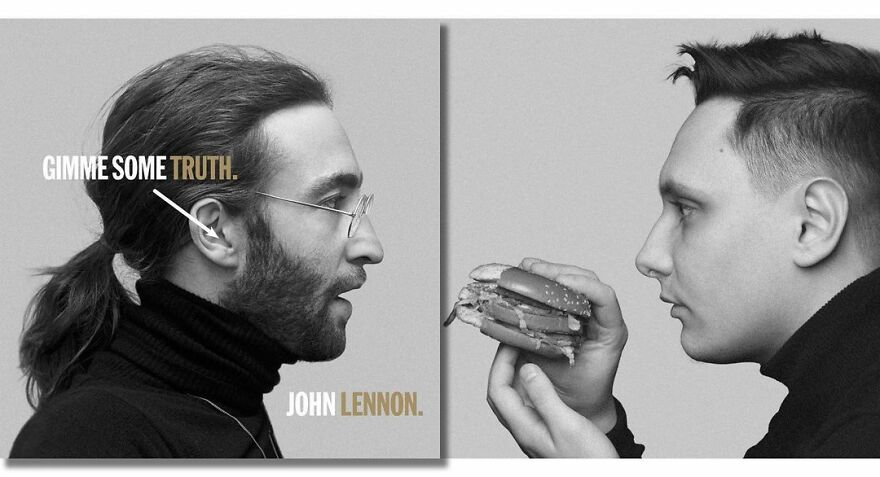 Other than the quote above, the Volgograd-based artist didn’t reveal anything more about himself. On the other hand, there’s boatloads of fun trivia about the original albums and their artists.

Here’s some interesting facts about some of these albums. Beyonce’s album titled “I Am… Sasha Fierce” refers to the performer’s alter ego, and according to her, she’s “not like her in real life at all.” Lennon’s Gimme Some Truth is an an extensive musician’s anthology of extensively covering his works. And did you know that the title and the cover of the famous Abbey Road album was chosen because of the laziness? The overall photoshoot lasted 30 minutes, as the band recorded right near the famous crosswalk. 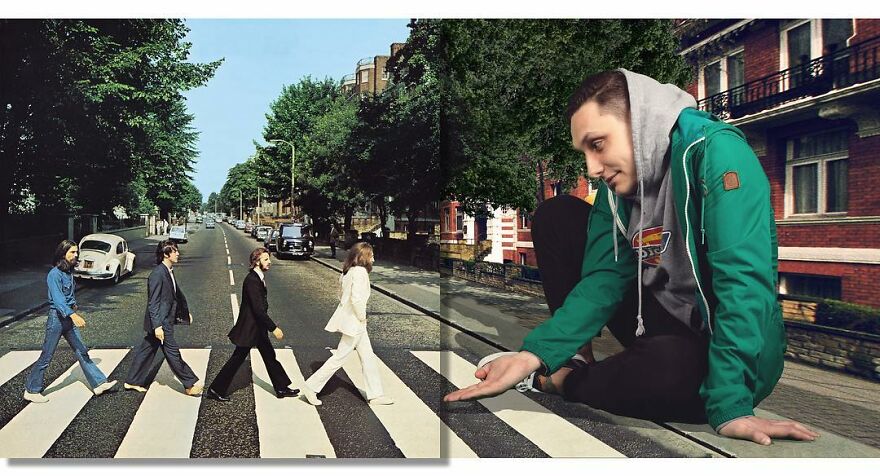 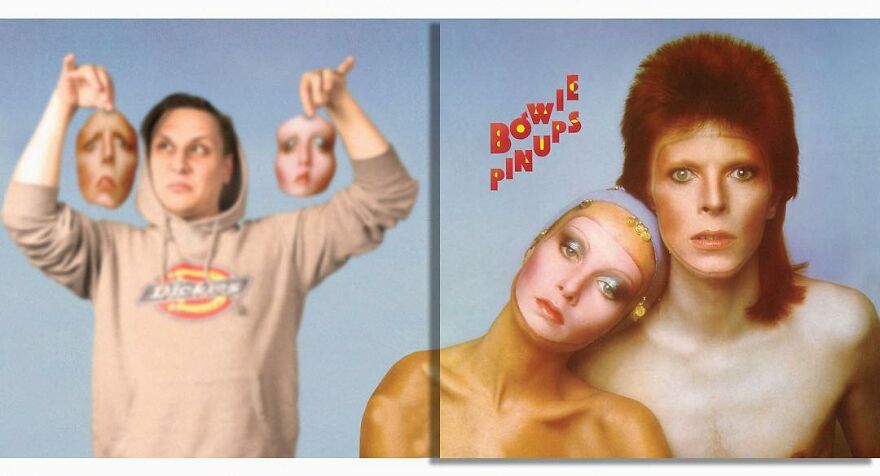 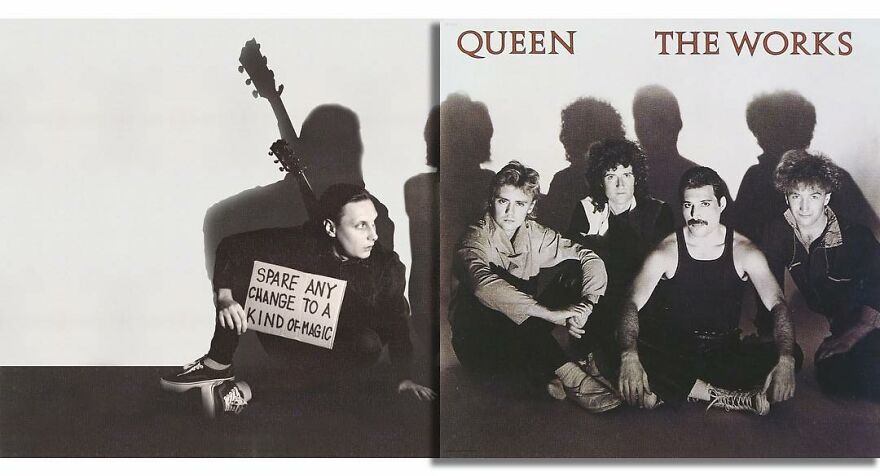 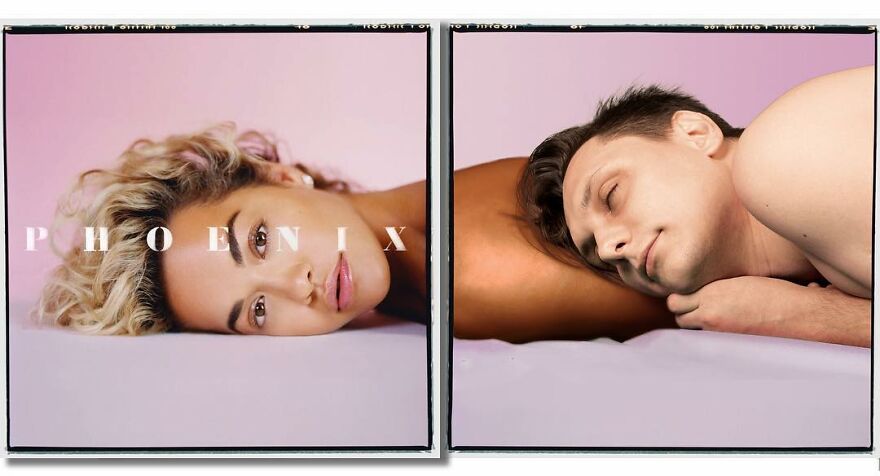 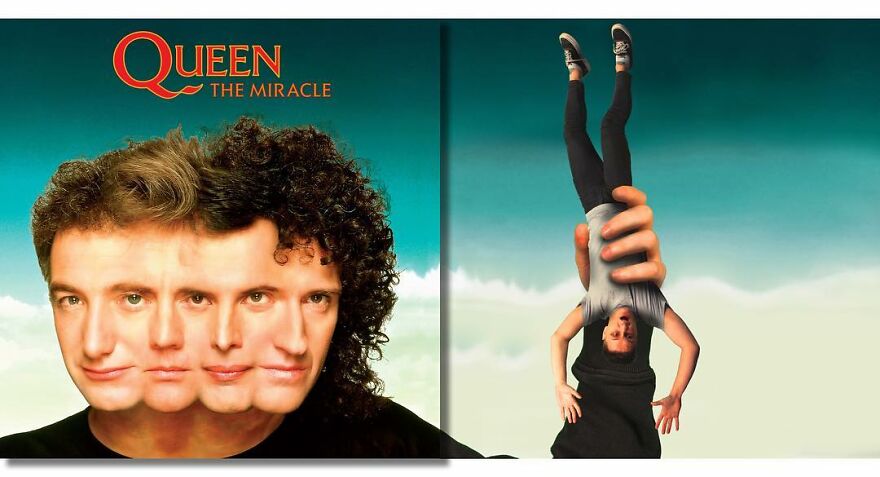 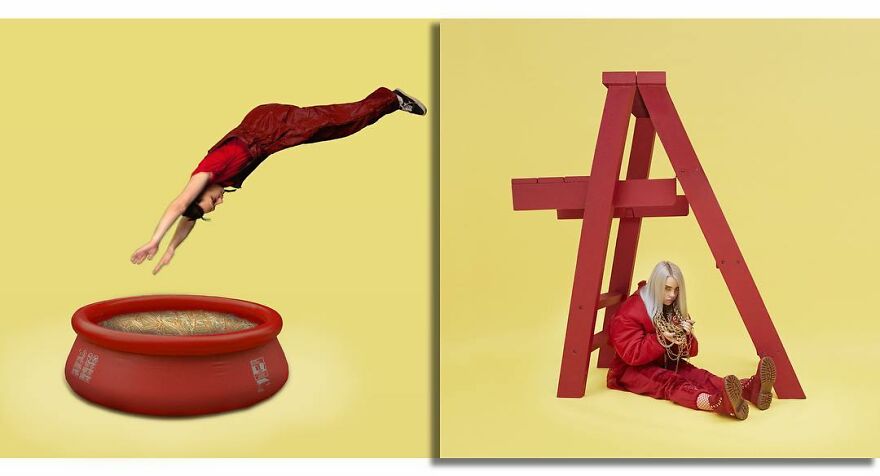 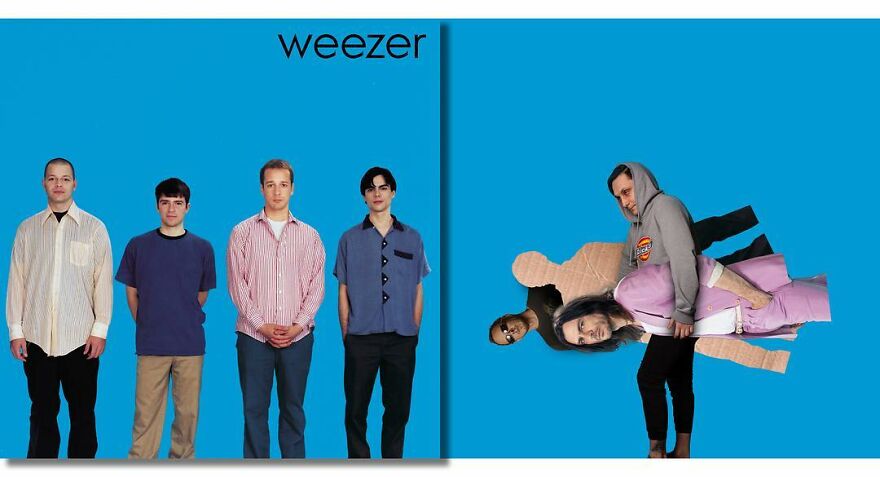 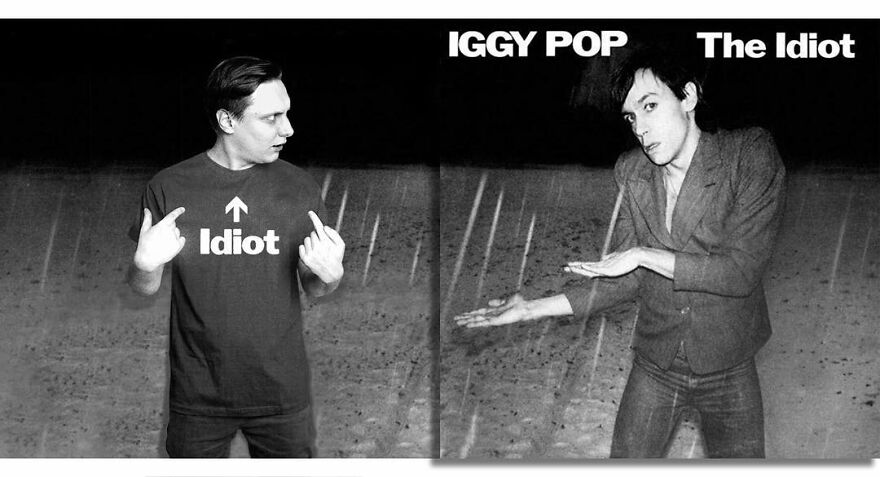 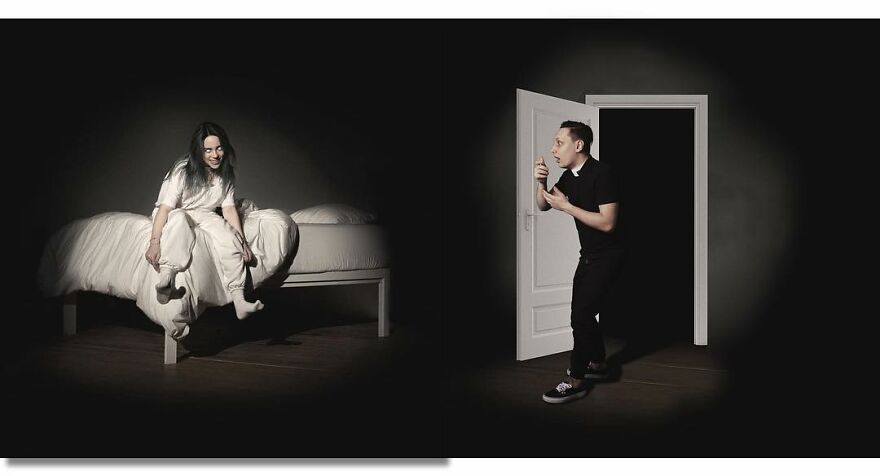 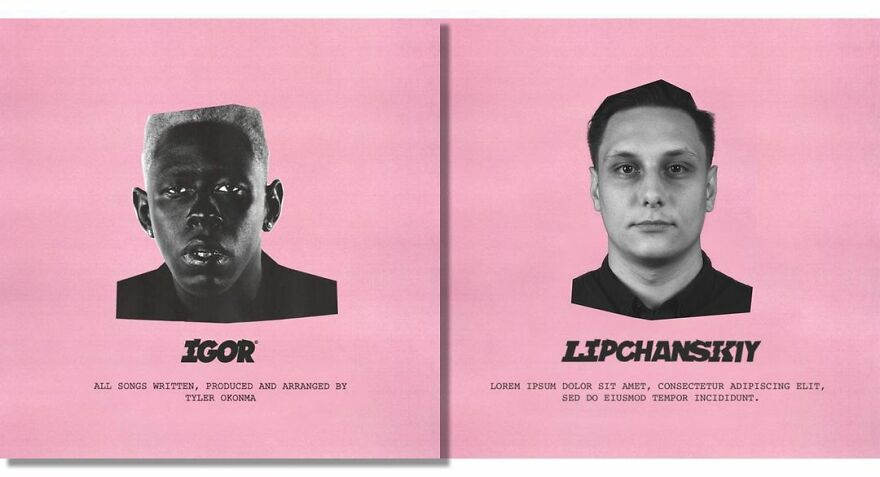 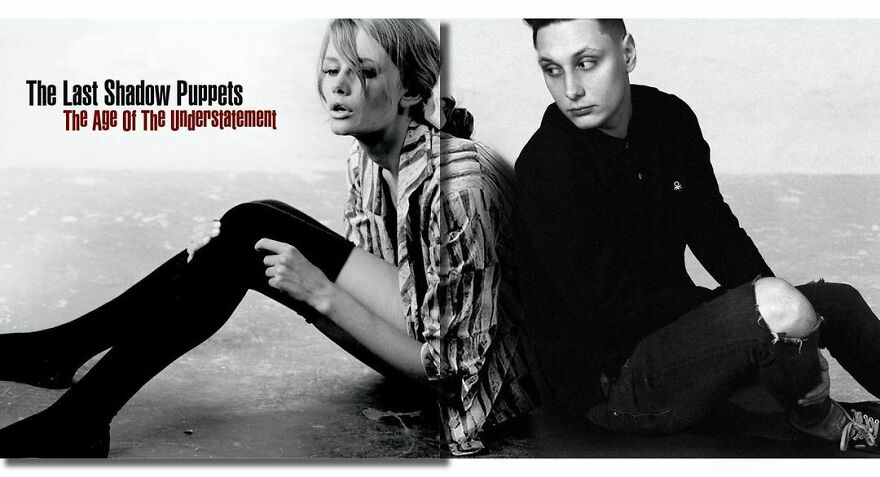 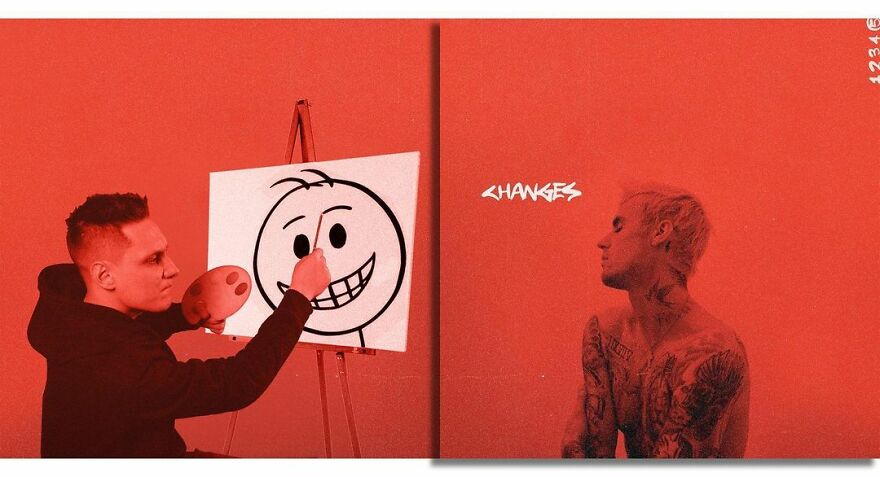 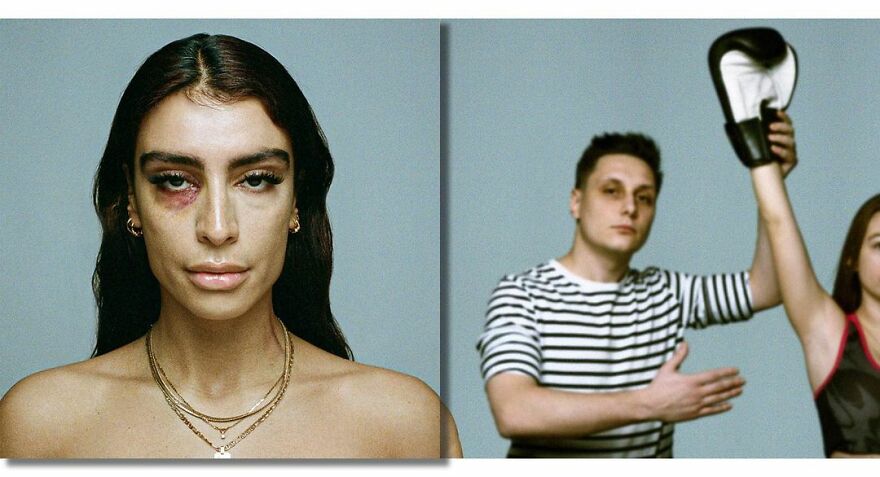 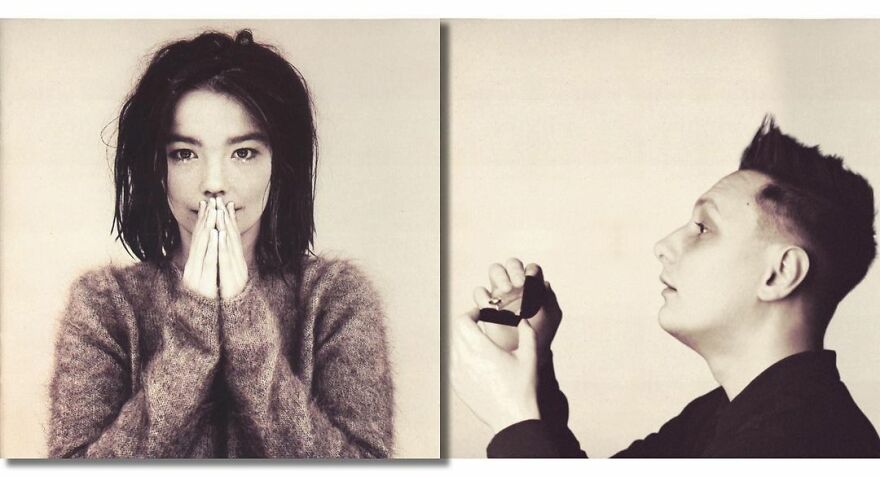 "When God Comes Back": Dark Brutal Macabre Illustrations by Ash Thorp
Tiny, Super Minimalist Tattoos That Are Subtle But Striking
In Love To Nature And The Sea, This Artist Upcycles Old Surfboards And Create Art On Them
"Failed Memories": The Superb Glitchy Digital Art Of David Szauder
Assistant Professor Of Design Makes Honest Charts That Sum Up A Designer’s Life
Malaysian Artist Wenjuinn Png Makes Superb Anime Concept Art And Illustrations
The Zelda Project
Surreal Collages Of Cambodian Trees Mixed With Traditional Art By Clement Briend
Ghanaians Have A Lot Of Feelings About This Simple Illustration By Poka Arts
This Artist Removes Make-Up From The Dolls To Give Them A More Realistic Look
2007 ‒ 2022 by Design You Trust. Proudly hosted by WebHostingBuzz.
Privacy Policy · Terms of Service · Content Removal Policy ❤️ 🇺🇦