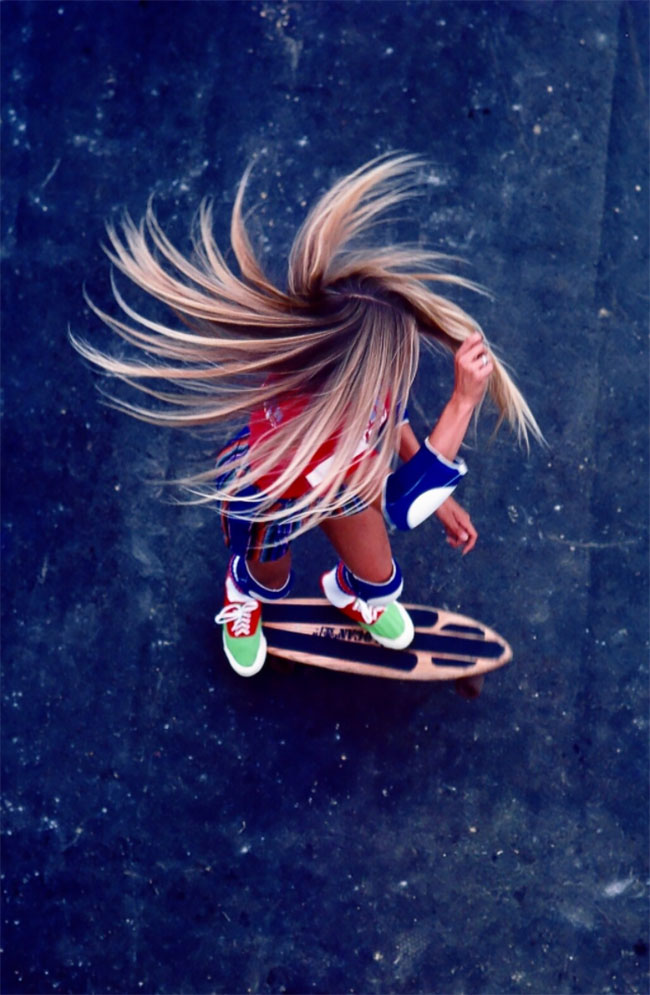 Laura Thornhill Caswell was born in 1961 in Dallas, Texas, where she grew up. She was an avid roller skater as a young child. The day she saw a skateboard, something changed, and she knew she was destined to ride. 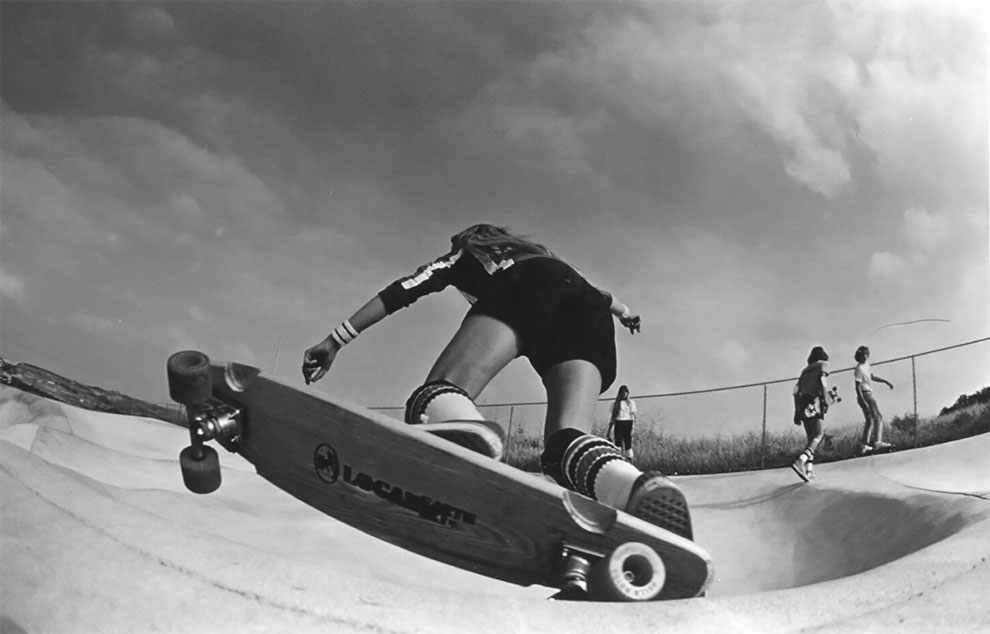 Laura explained how she used to borrow the neighbors skateboard for a few days at a time because they always left it in the yard. She would practice in the driveway and on the sidewalk and taught herself how to kick turn. She had a natural aptitude and interest for it. Laura was a total tomboy and grew up doing every team sport imaginable! She excelled at them all and was highly competitive with the boys. Laura said, “what I liked most about skating was the sense of freedom and happiness that was triggered by the inherent balance that I had.” 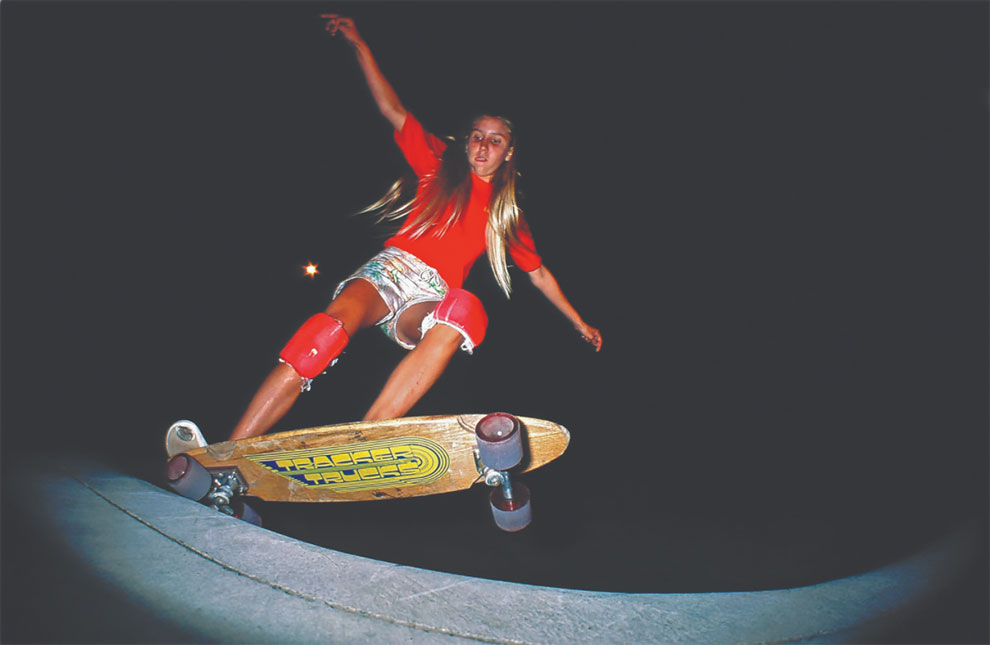 In January 1974, the family relocated to Redondo Beach, California. Laura had her 13th birthday coming up and all she wanted was a skateboard. Her wish came true and she got a Black Knight with black urethane wheels. Laura entered into a school skate contest in 8th grade and beat all the boys. This was a turning point and a confidence boost for her real passion. In 1975, Skateboarder magazine was a huge inspiration to her and it became her dream to appear in that specific magazine. Laura had entered into the Steve South Bay’s Skateboard contest in 1975, claiming both the first and second place. That day she was asked to be on one of the biggest skate teams in the world called, “Logan Earth Ski” which surpassed her initial hopes. Laura said, “things just blew up from there.” Within the next two weeks, she was on her way to Encinitas to shoot photos with Warren Bolster to be featured as the very first female to have a “Who’s Hot” for the next issue of Skateboarder Magazine. 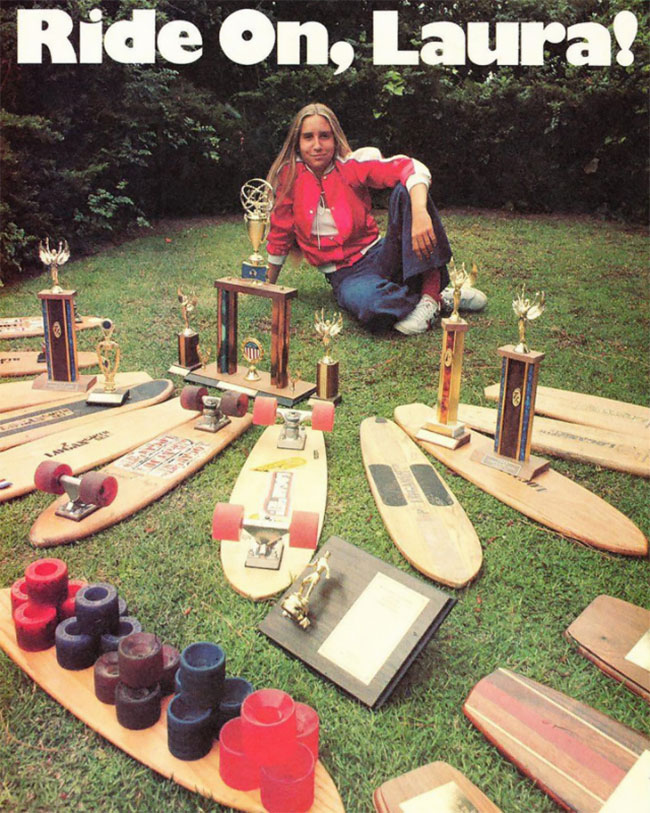 Laura was living her dream, winning and/or placing in the top three of every contest she entered. She even had a few World Champion titles. She had many different endorsements and plenty of sponsorship support. She had the honor of having the very first “Female Signature Model” skateboard. She also had the first female interview in Skateboarder Magazine as well as the distinction of having the first centerfold for a female in a Skateboarding Magazine! It was from the 22 foot pipes in the Arizona desert. Not only was she featured in almost every issue of Skateboarder Magazine, considered the Bible of Skateboarding in the 1970s, she won the 1977 Skateboarder of the Year Award, which was a Poll for favorite female skater. One of the most famous skaters of all time, Tony Alva, won the Poll for the guys. 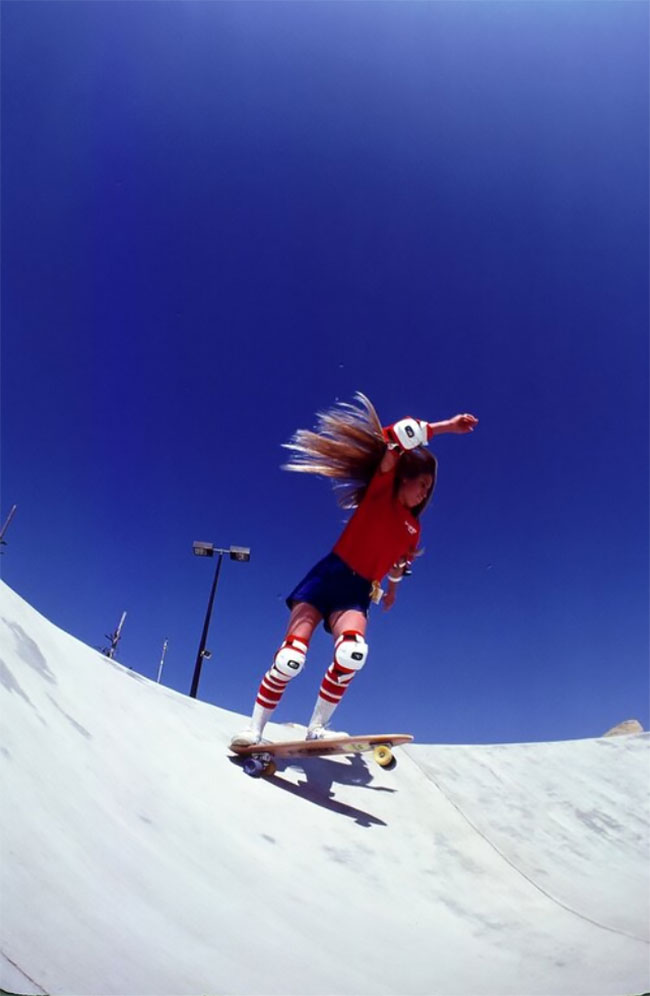 To say that life was good would be an understatement. Laura has been featured in countless articles, books, newspapers and magazines, television sports specials, films & even some stunt work. She is also featured in a newly released best selling book called “Game Changers: The Unsung Heroines of Sports History” by Molly Schiot about game changing females in sports history. Laura was known for being an all-around skater, and excelled at everything: freestyle, downhill, slalom, skate parks, pools, pipes and always loved super smooth fresh black asphalt! Some of her favorite freestyle skate tricks were 360s, nose and tail wheelie’s, kick flips and space walks, but she always preferred riding pools, pipes, parks and anything that had a cool and smooth flow to it! 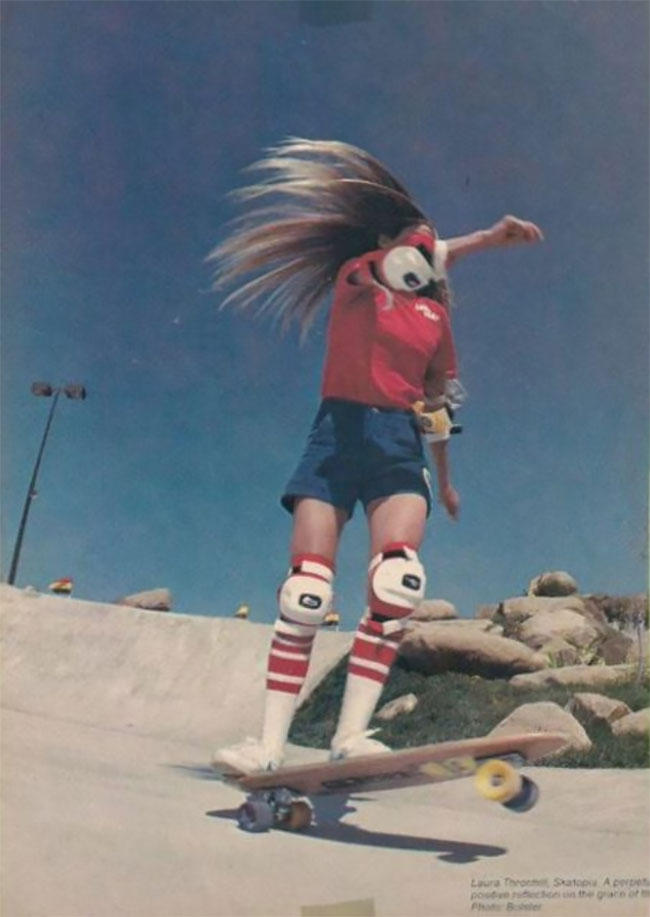 In 1978, Laura, suffered a fully dislocated left elbow, that was basically the beginning of the end of her competitive career, however, she loved to skate and remained active within the sport and continued to have a presence at skate events through 1980 when the golden era of skateboarding came to a successful close. 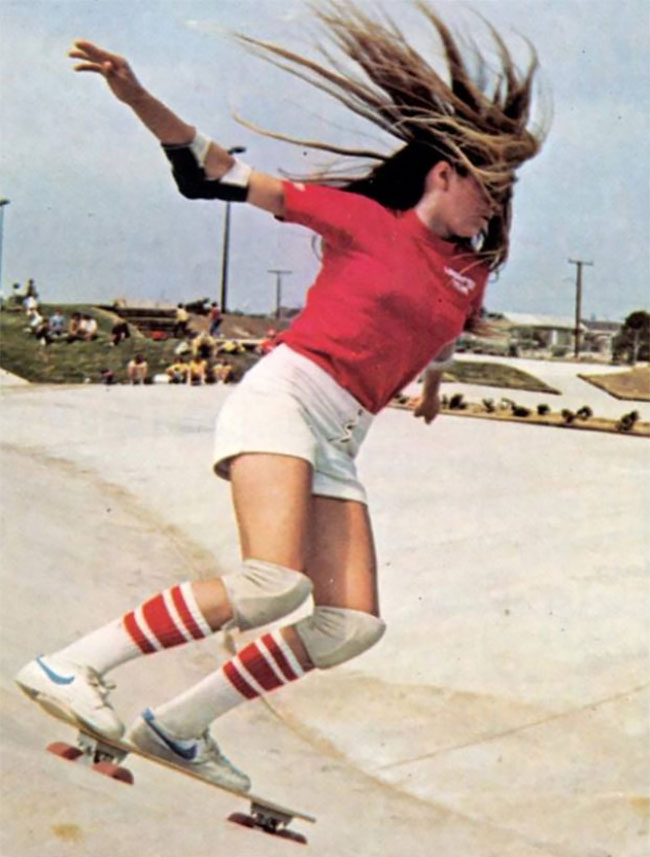 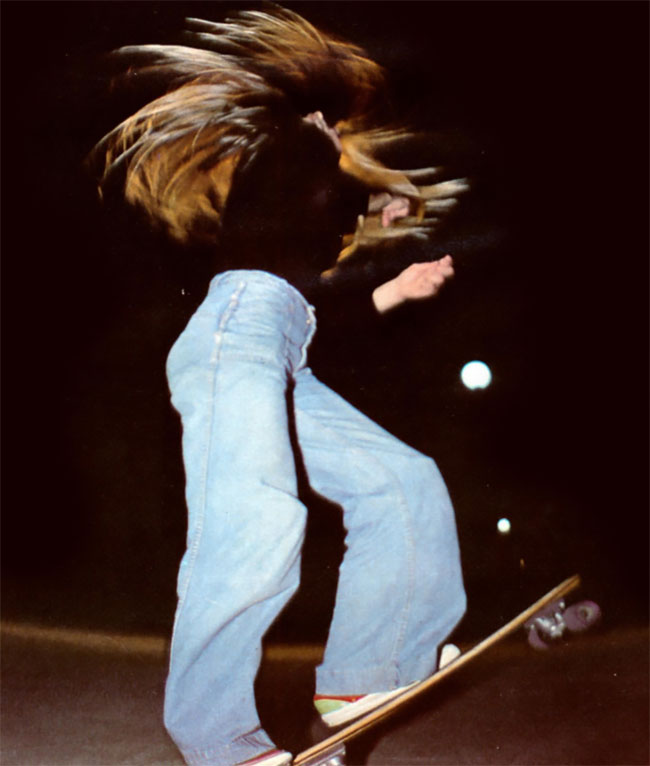 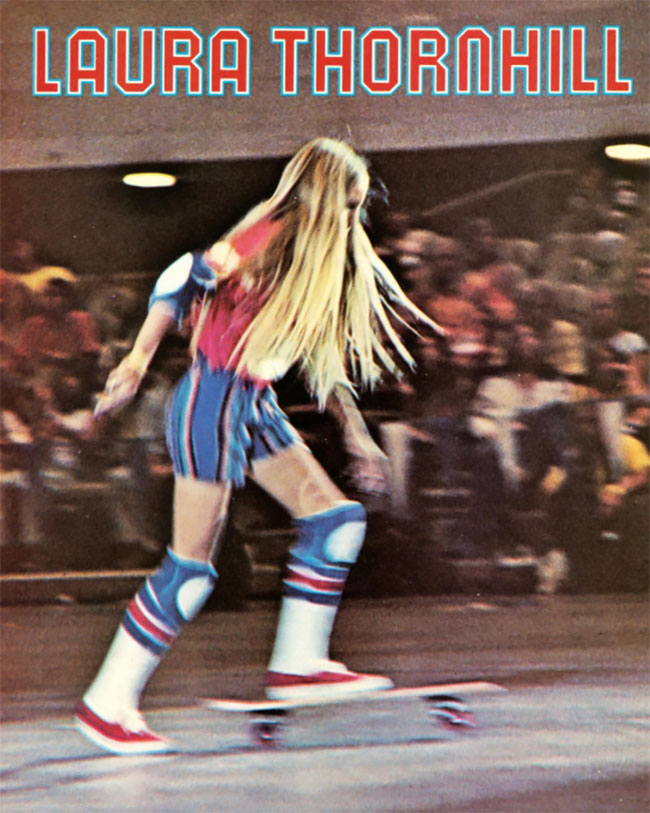 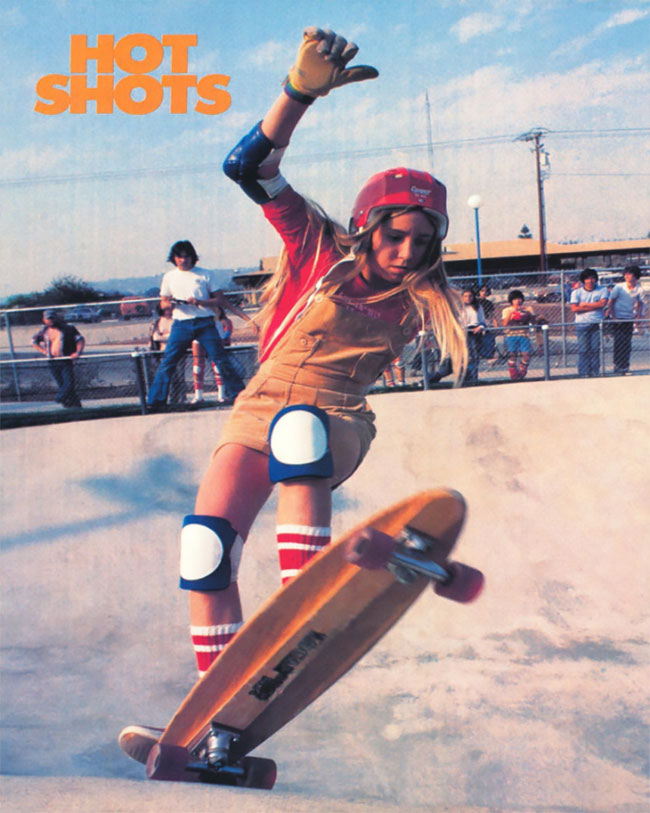 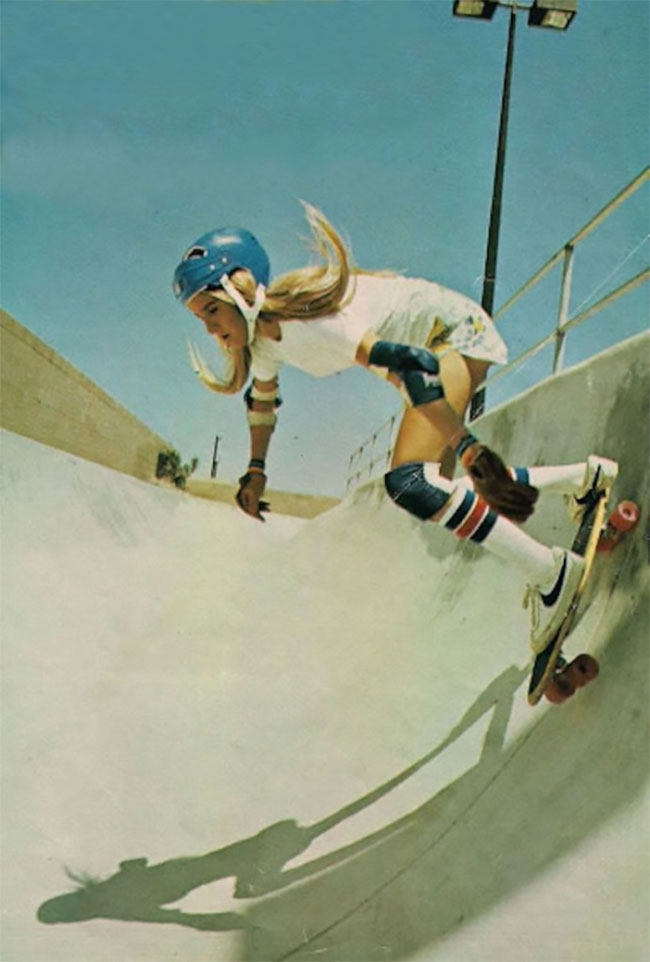 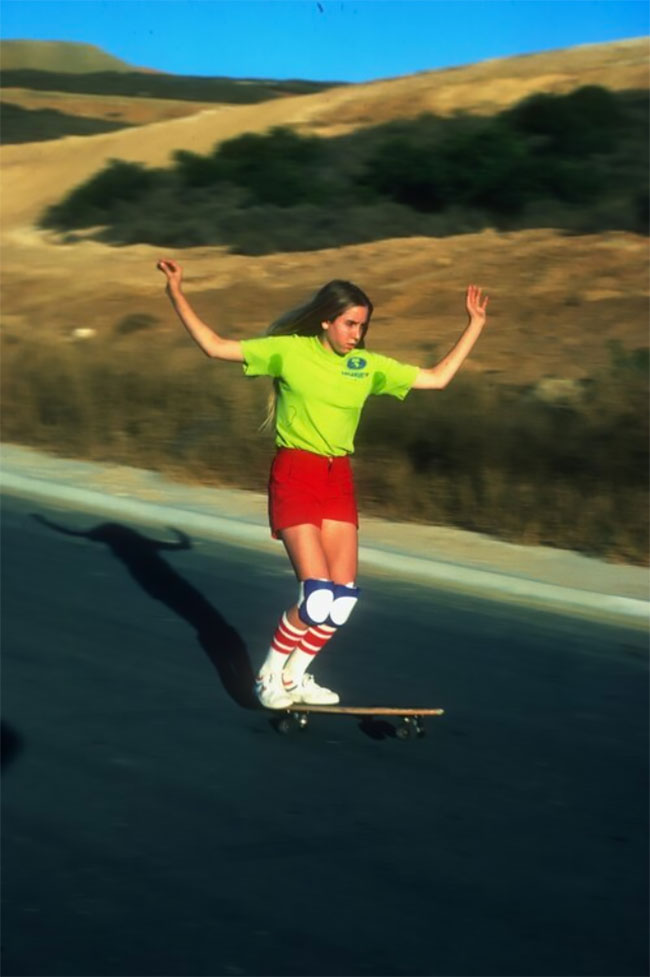 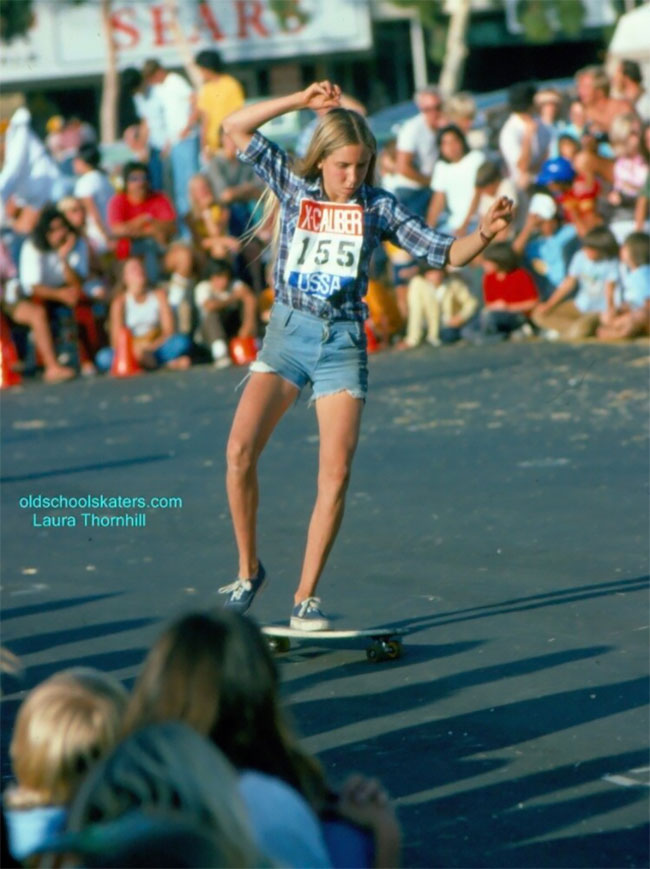 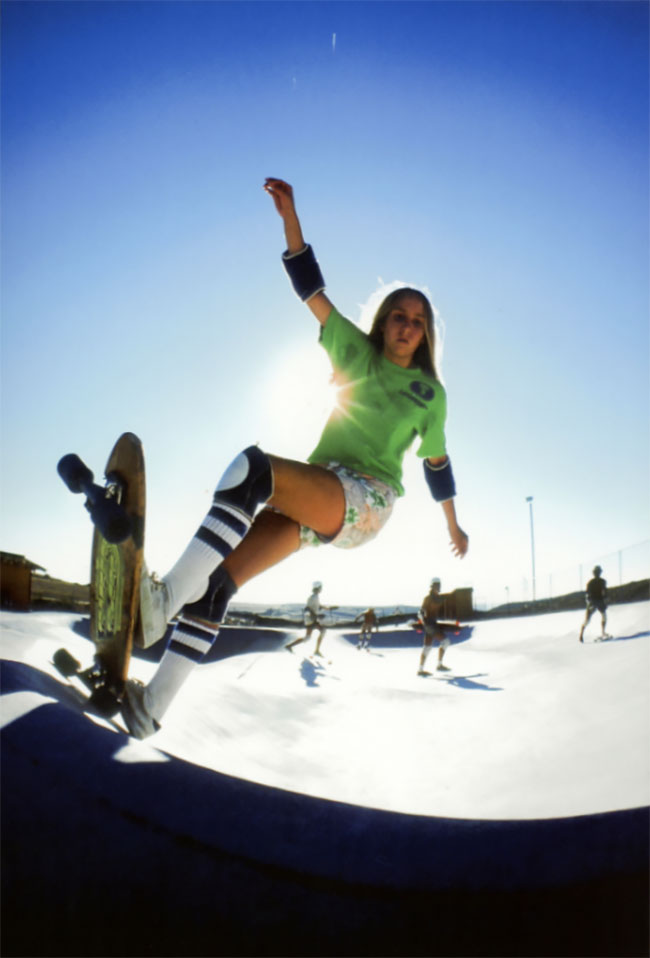 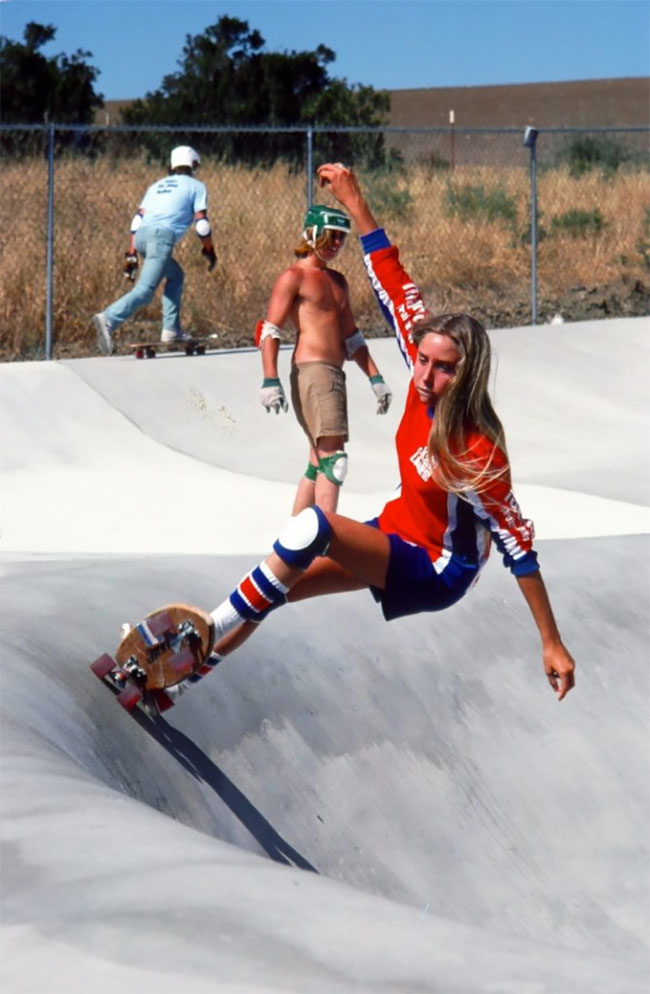 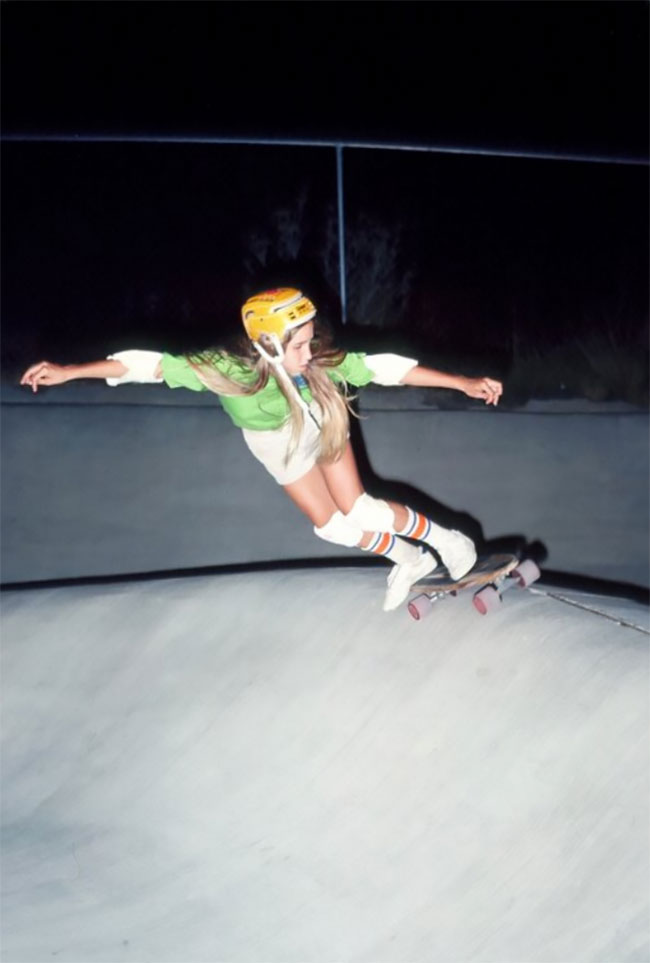 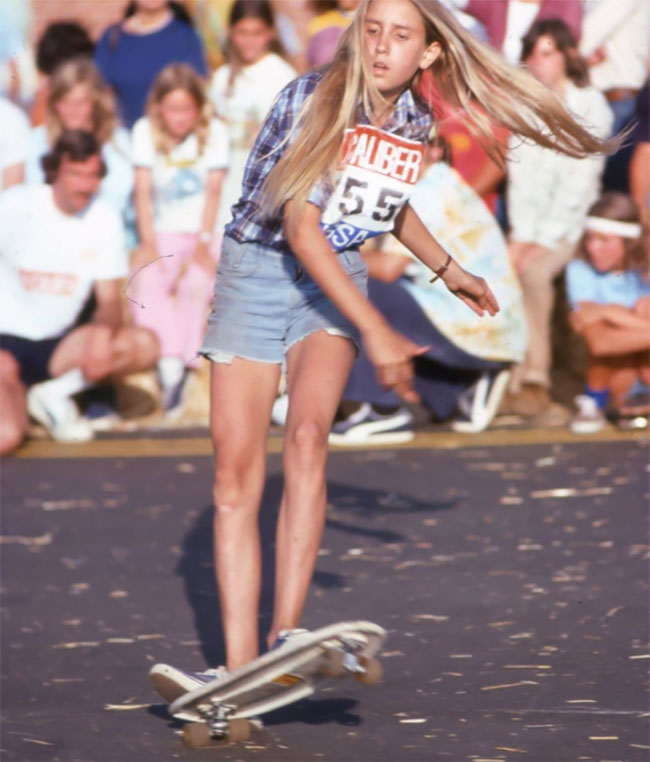 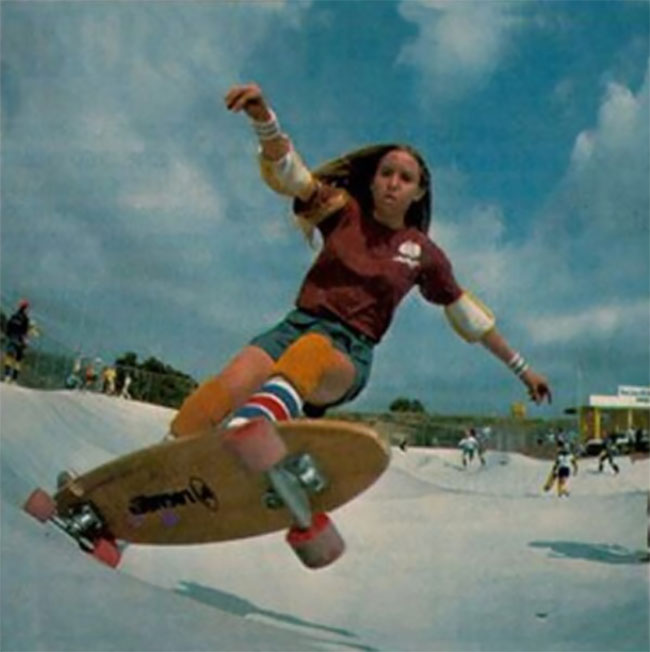 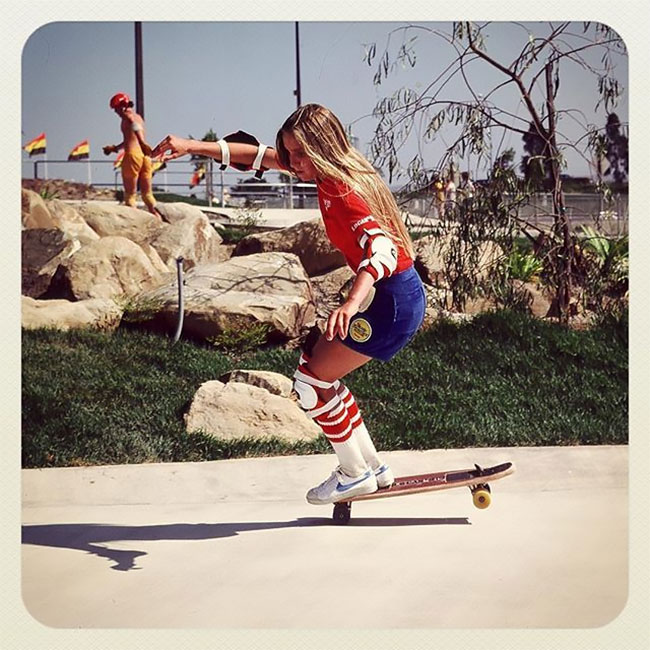 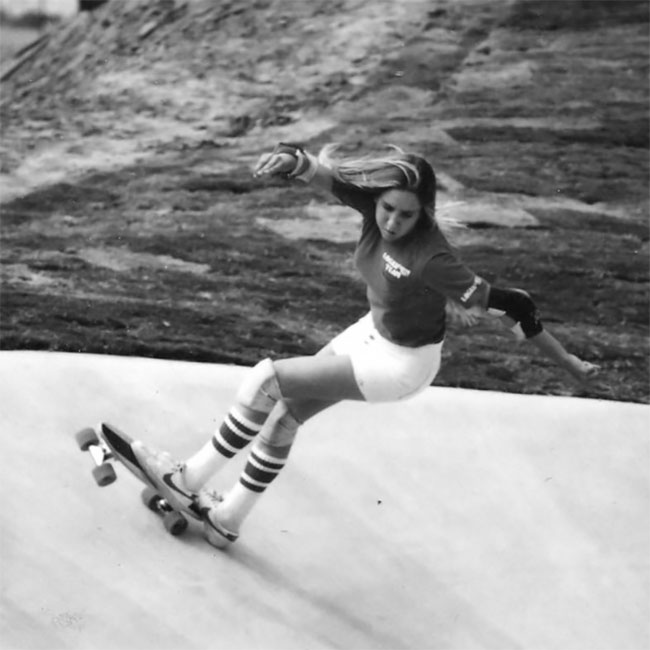 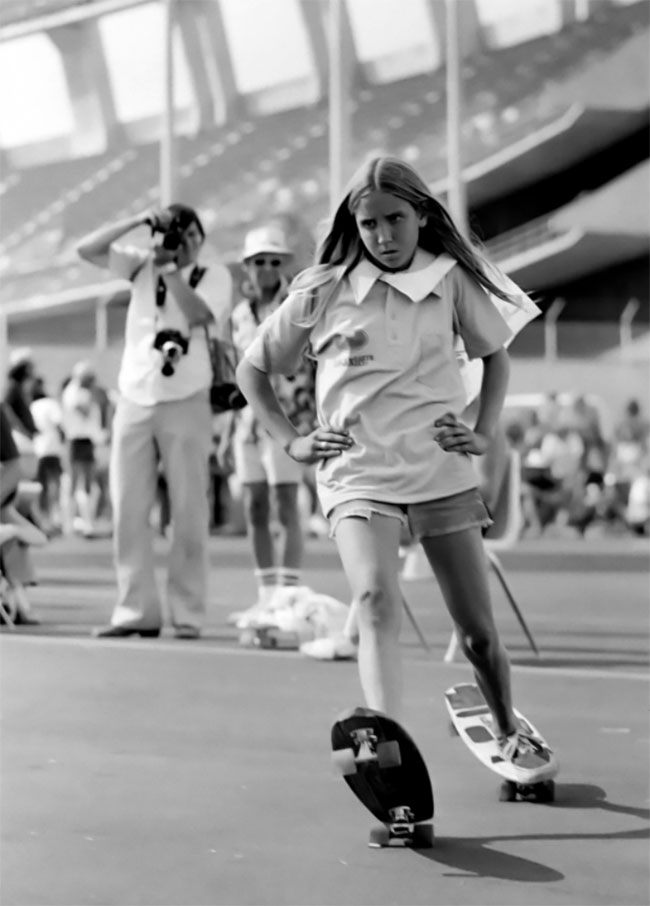 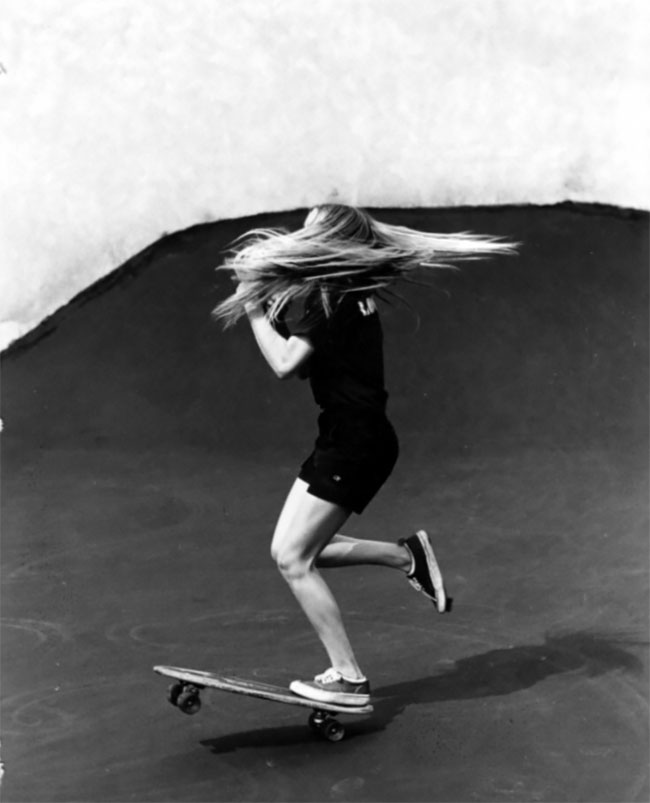 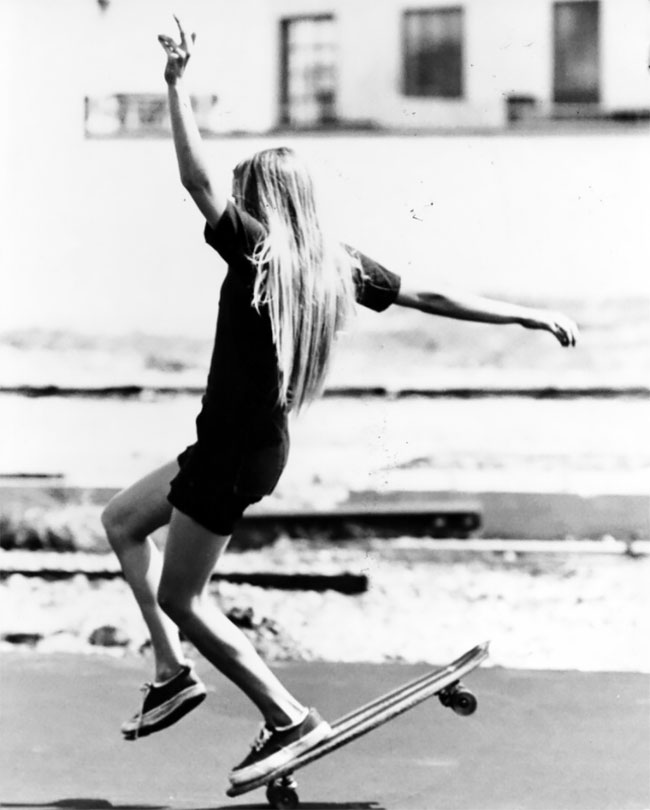 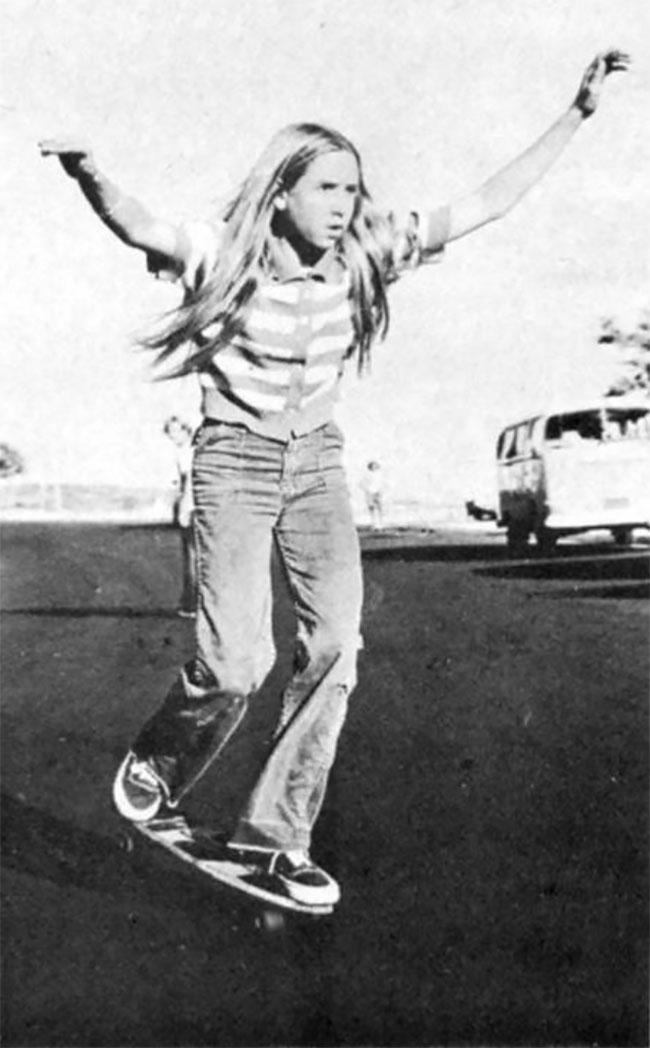 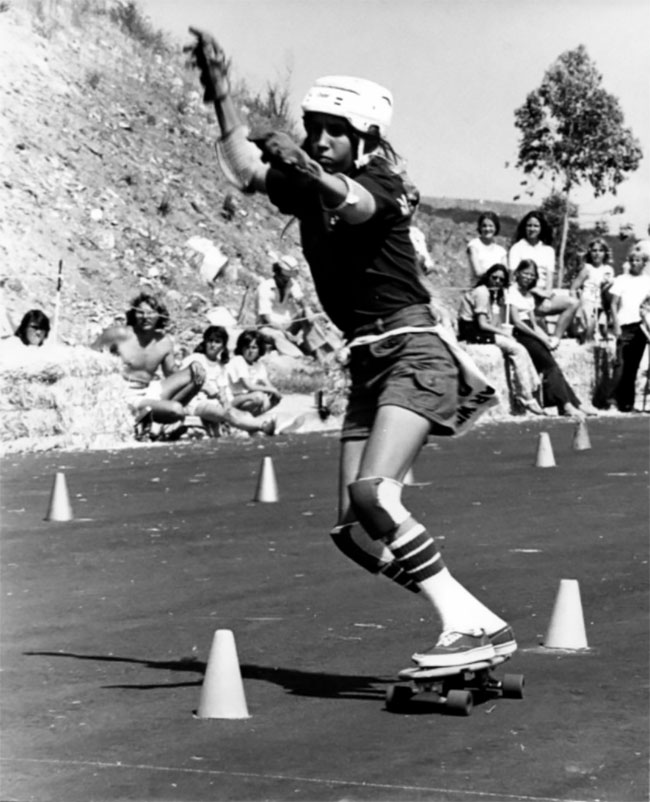 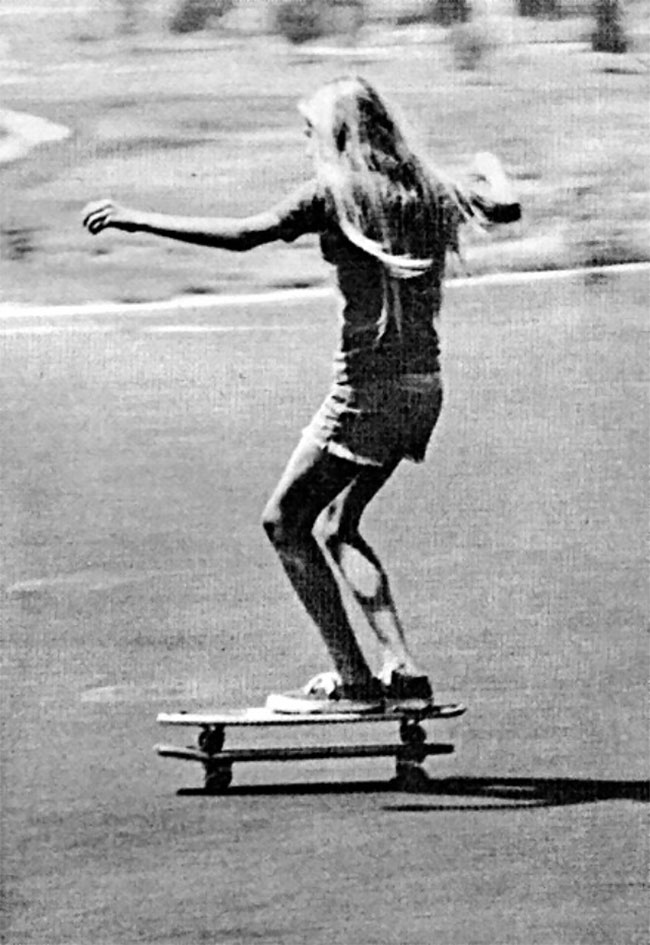 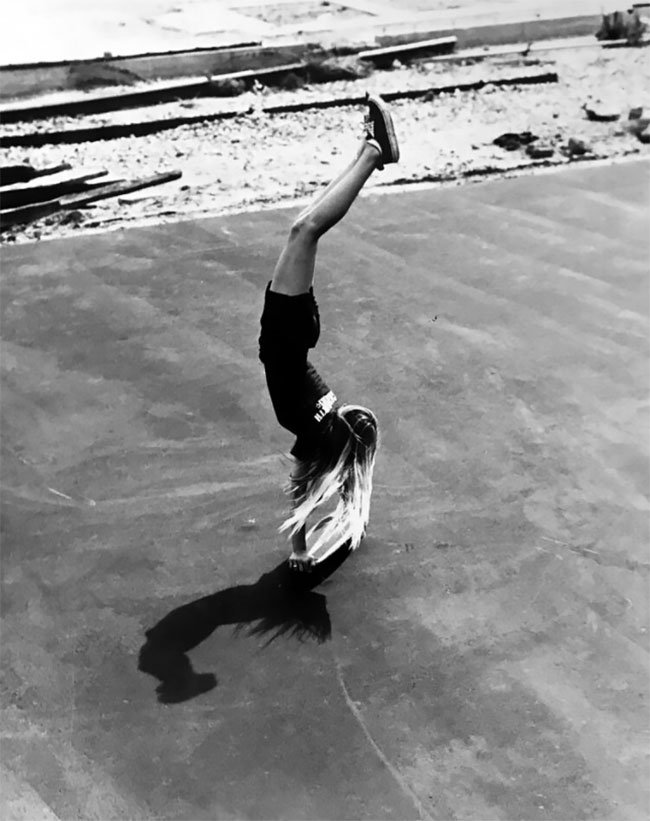