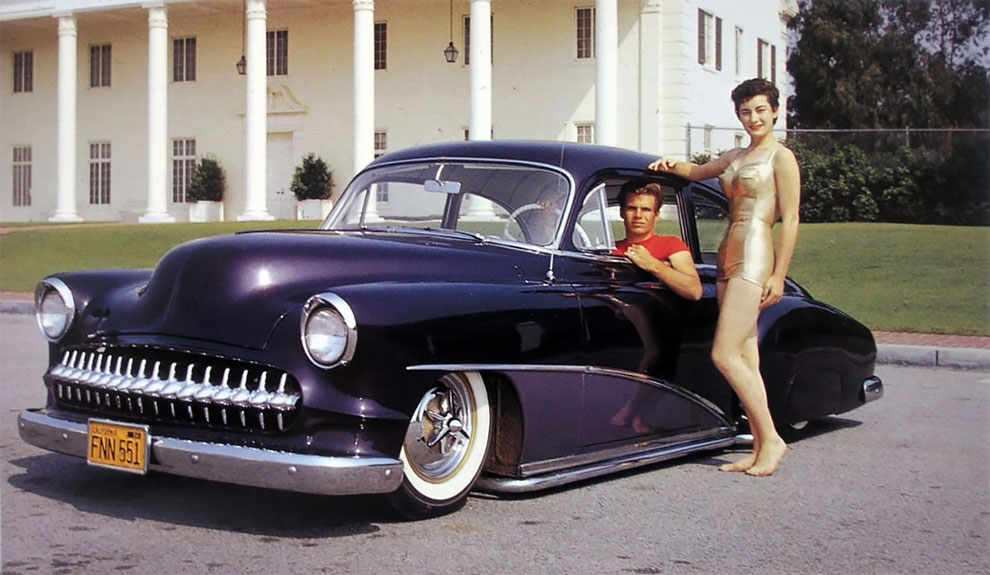 Larry Watson was born on July 21, 1938, in Bellflower, California. He began his pinstriping career at the tender age of 16, having grown up in a time period that saw the Southern California scene abuzz with the latest American makes and model cars; a time period that would later be considered “the era of Bombs.”

His self taught talent began to attract attention while the aspiring painter was still in high school, especially after he reached the completion stages of his custom 1950 Chevy. He christened the car “Grapevine,” and soon after, Larry was the “man” for pinstriping. 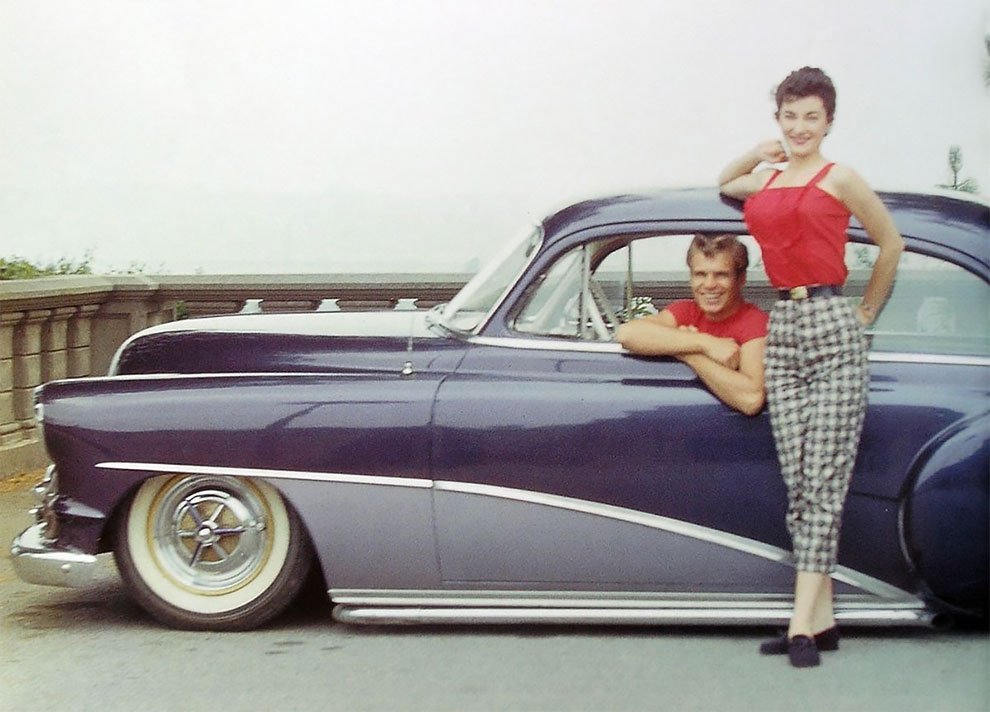 In 1957, fresh out of high school, Larry opened his own business, which he called “Watson’s House of Style” in Long Beach, California. Larry had already built his 1950 Chevy and wanted to start a new trend by customizing and color-creating with paint. He bought a brand new 1958 Ford Thunderbird and gave it a panel paint job. Many credit Larry, thanks to this car and its paint job, as the creator of panel style paint jobs. Historians widely recognize his T-Bird as being the first car to have a panel paint job. 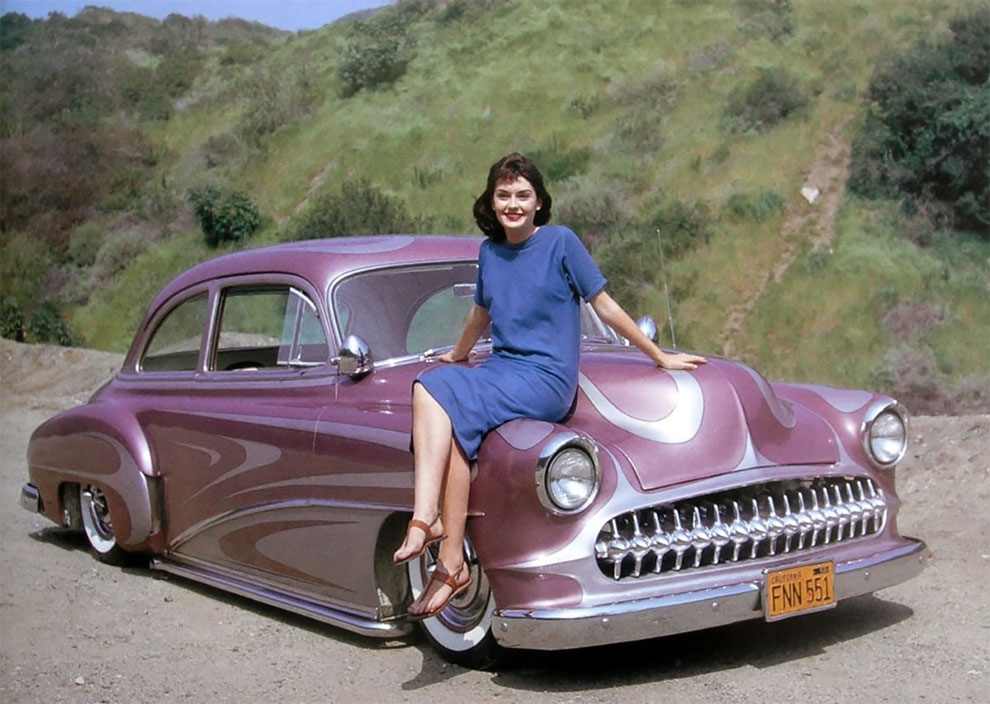 Over the years, Larry continued to create and perfect many of the styles and techniques of custom paint that are still used today in the Lowrider scene. Along with panel paint, he is credited with inventing scallops, which were used to cover up paint runs the same way pinstriping was first used to cover up chips and scratches. We have Larry to thank for lace painting and seaweed flames as well. Larry also perfected quite a few new styles, including cob webbing, fades, and veils by using new materials like pearls, candies, and metallics to raise the bar in the booming custom paint realm. 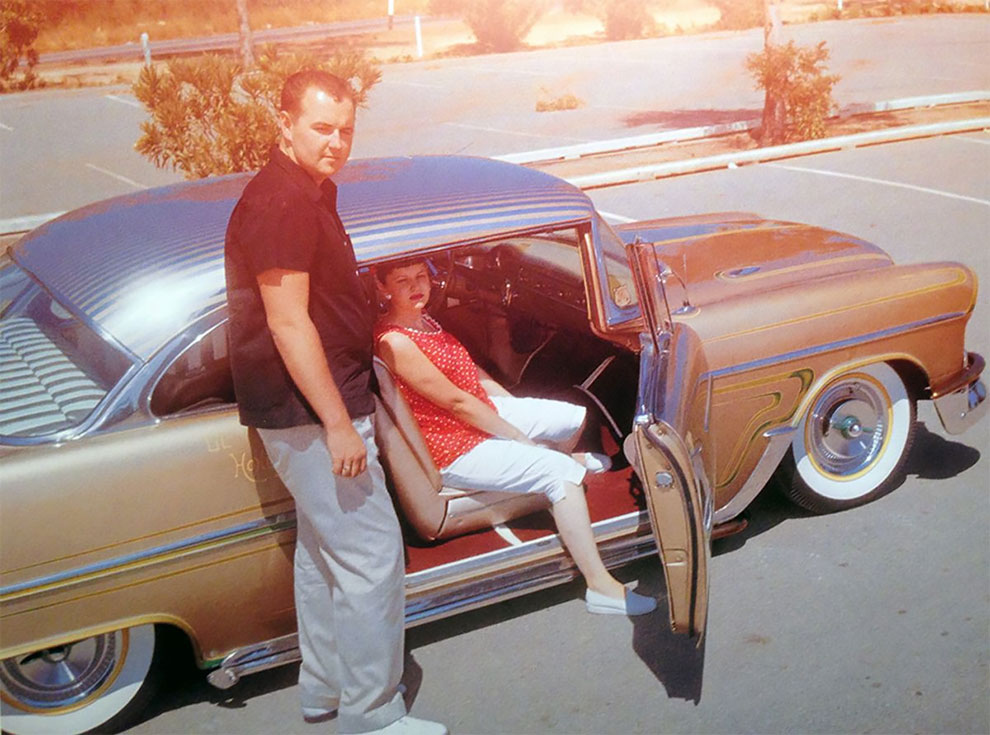 Larry’s legacy will live on through today’s custom painters who will undoubtedly continue to use the techniques and styles he created and perfected during his lifetime. He passed away at the age of 70 on July 20, 2010. 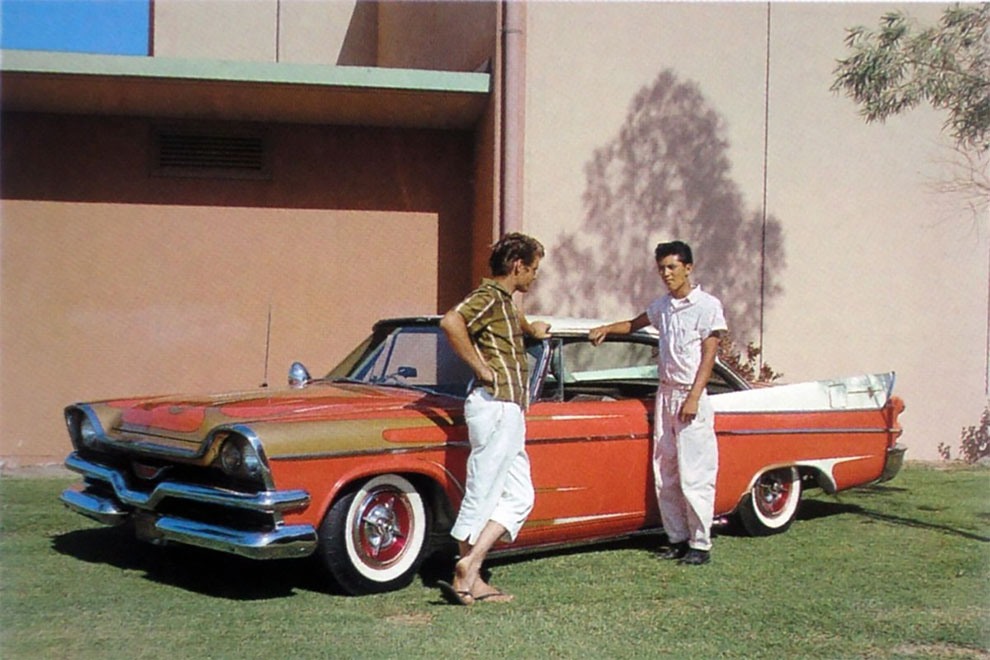 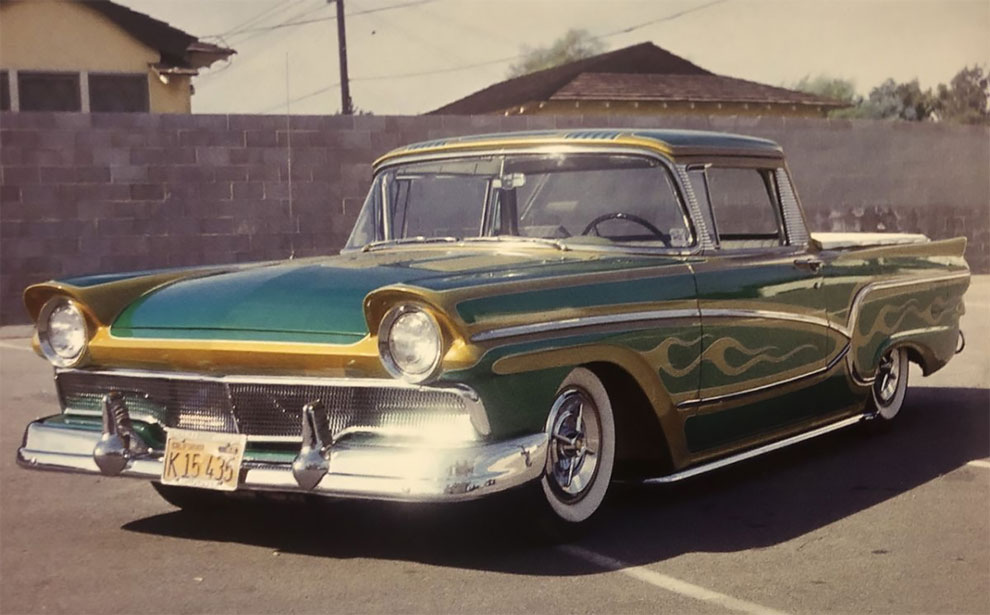 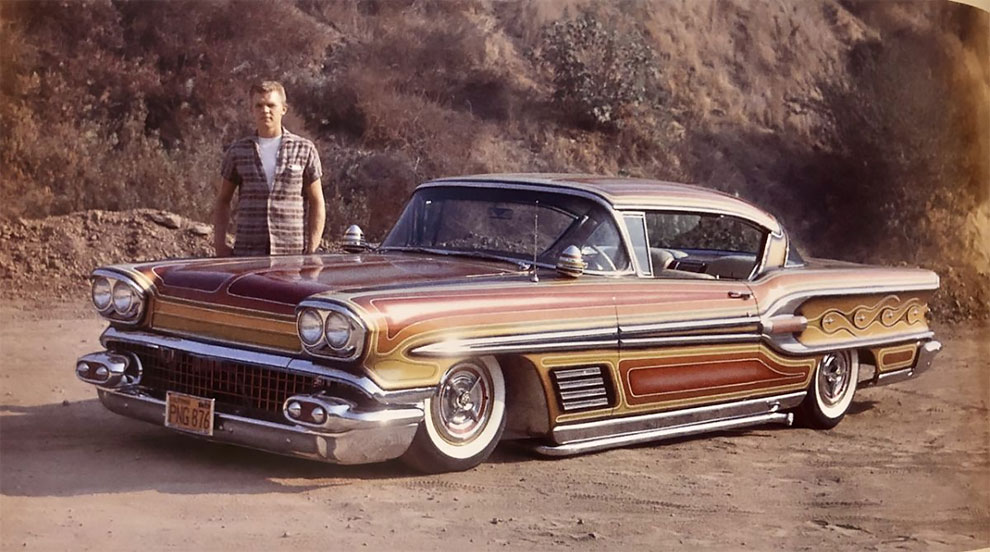 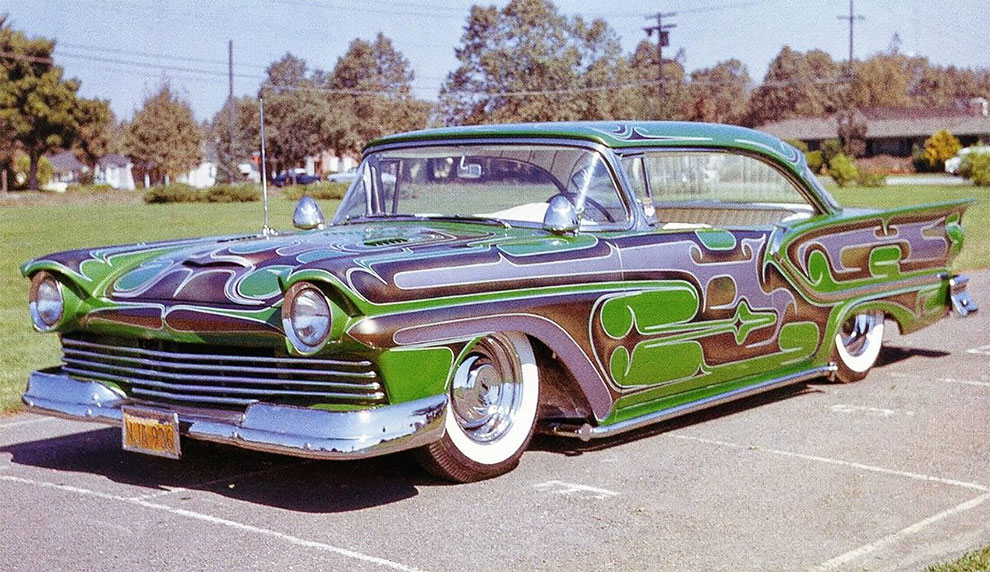 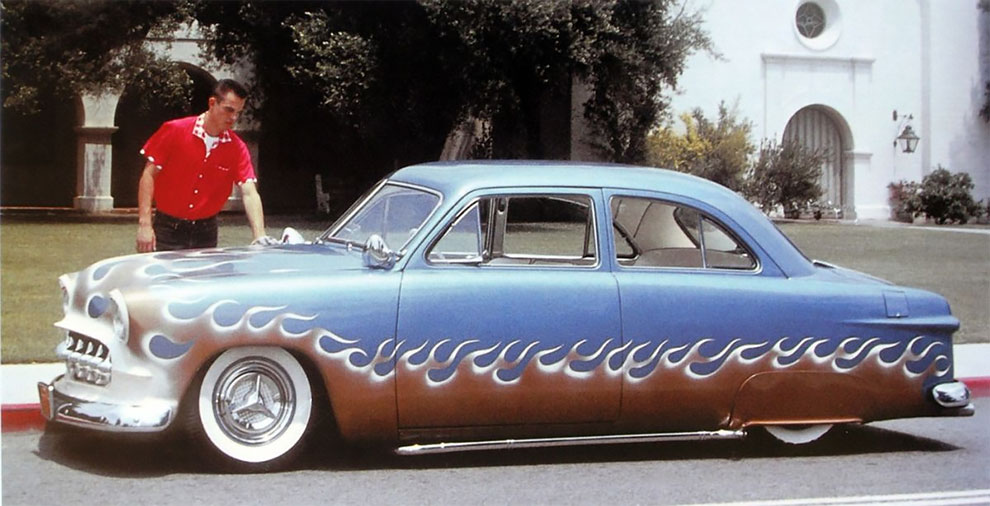 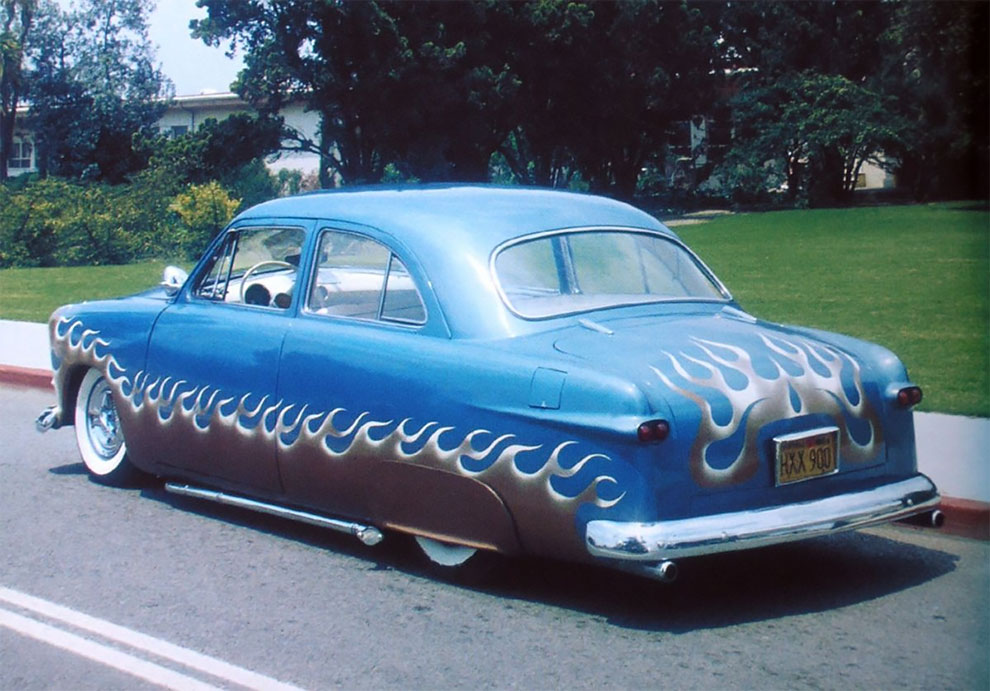 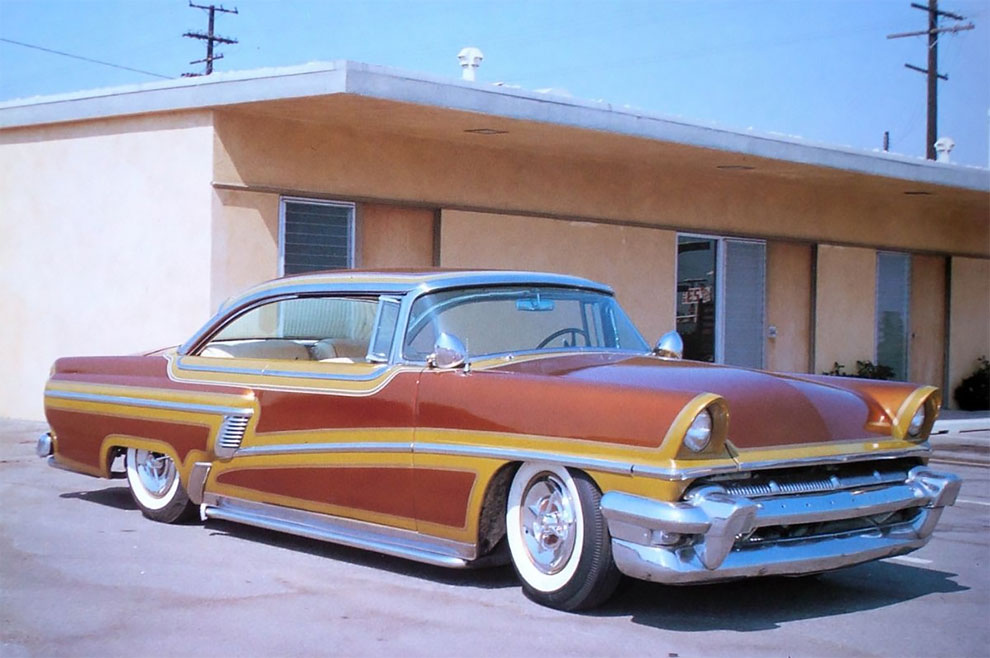 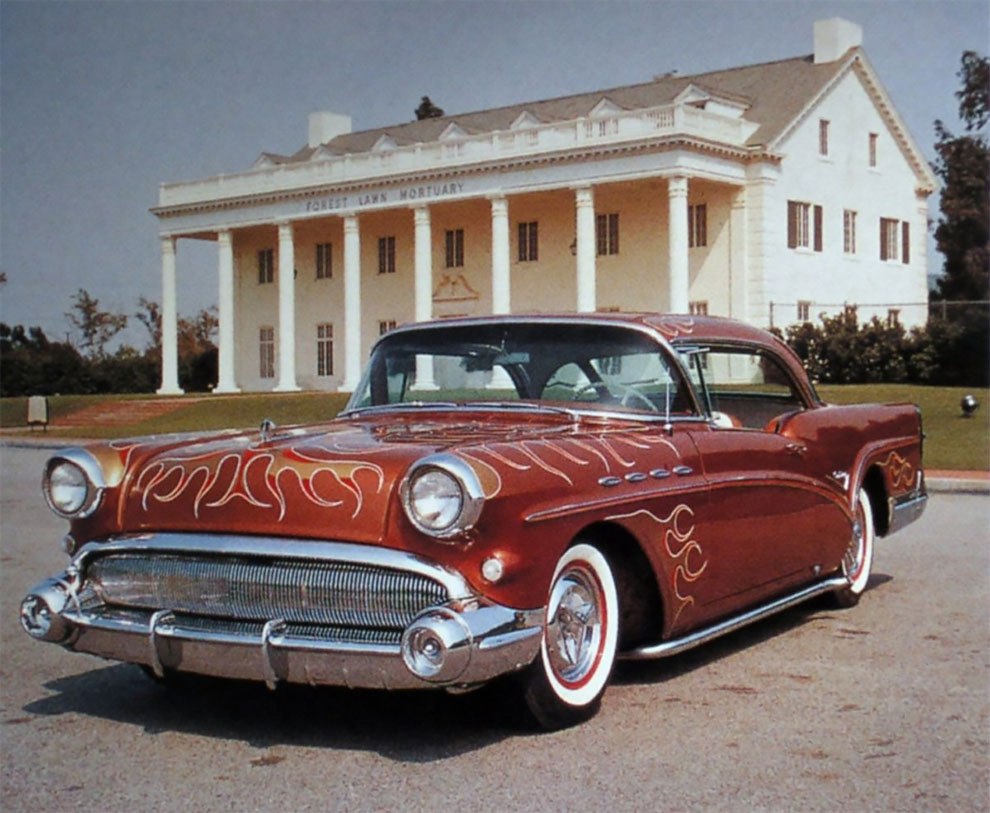 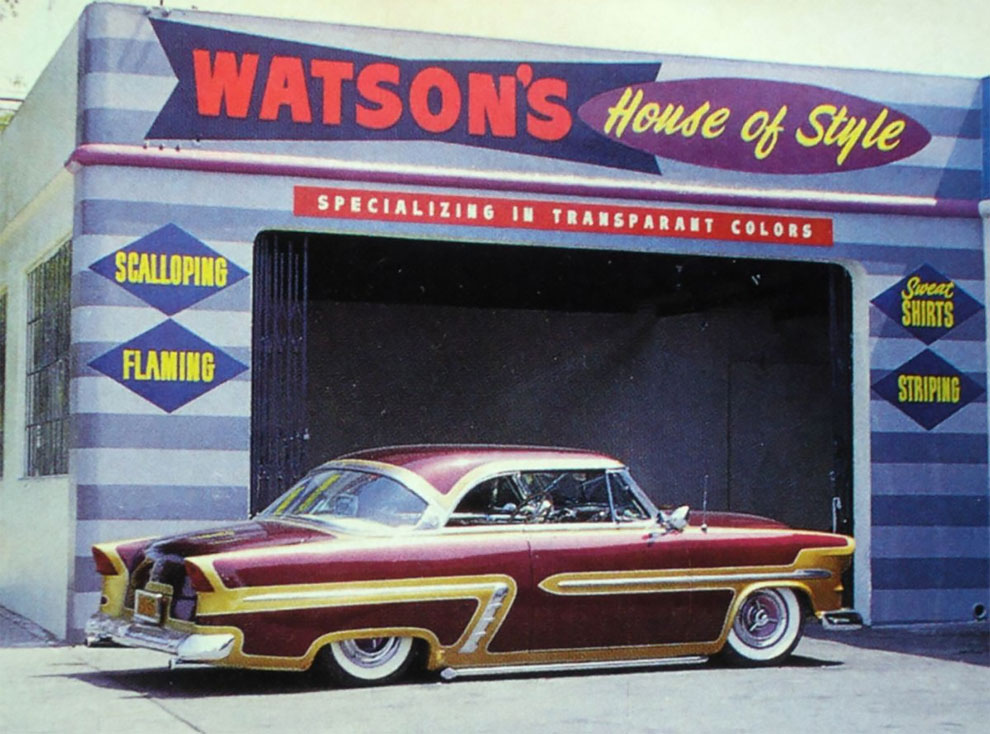 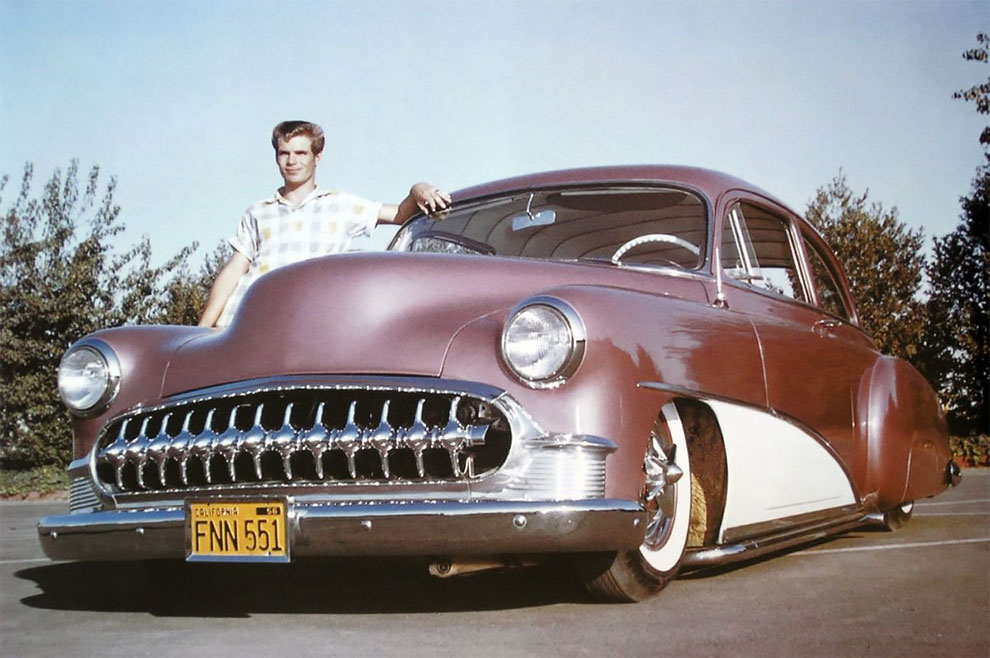 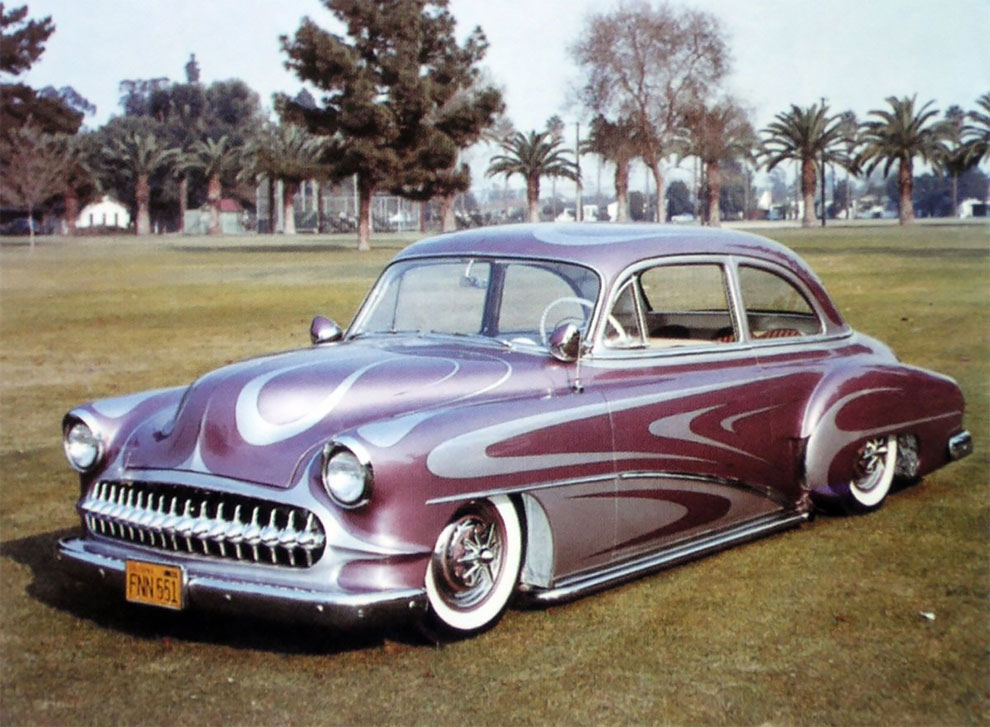 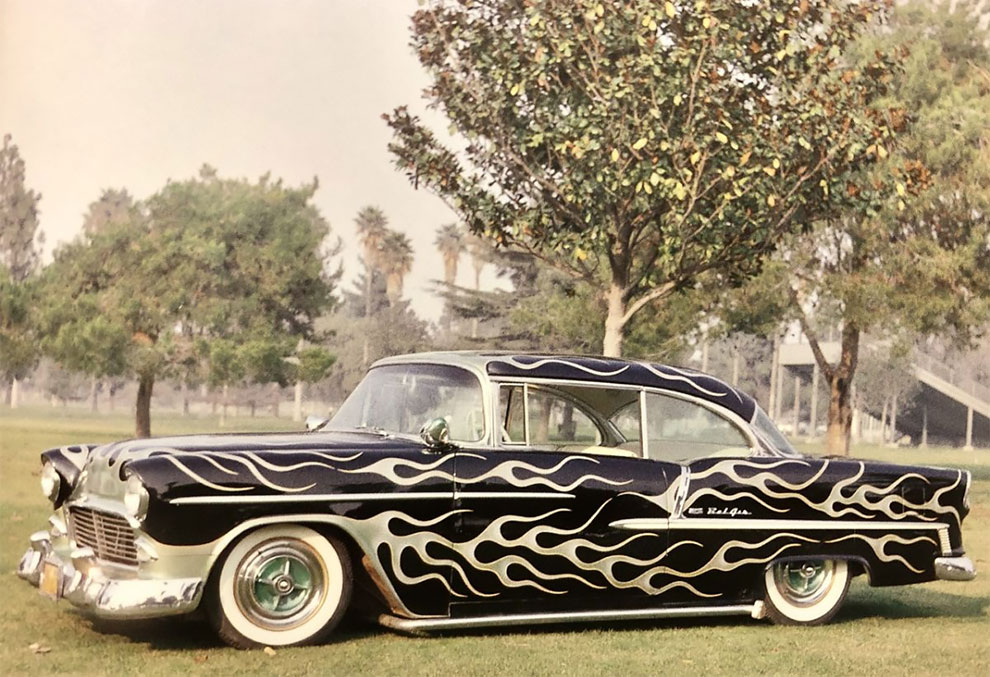 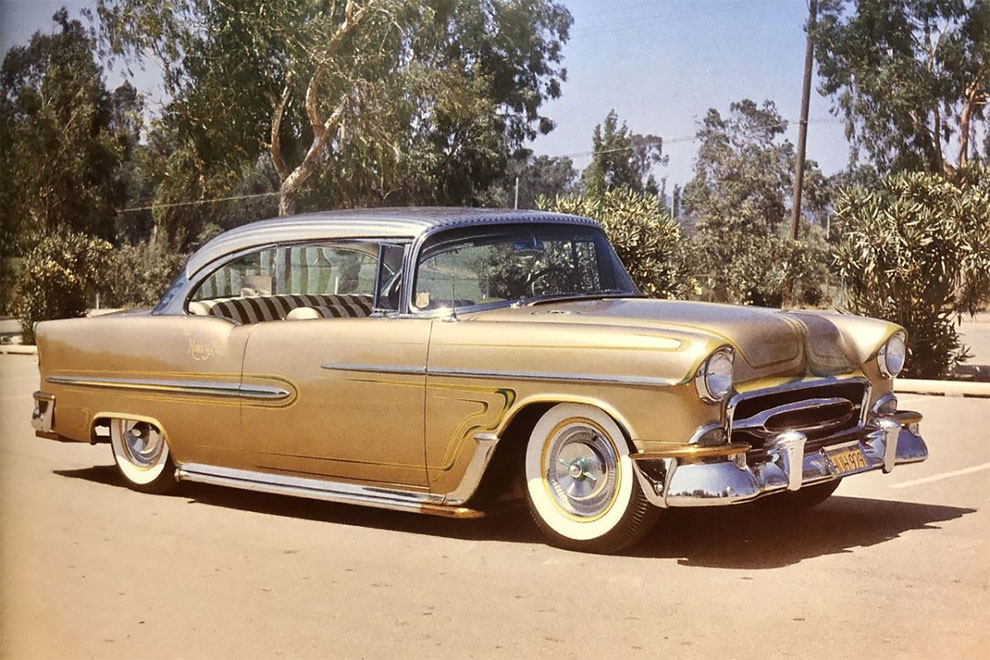 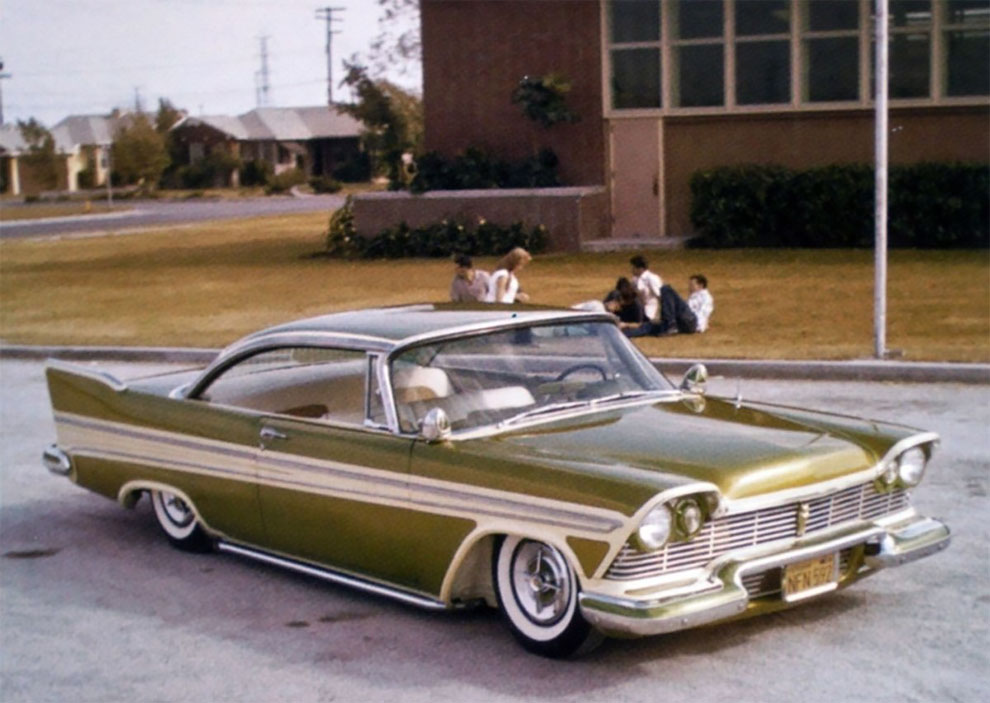 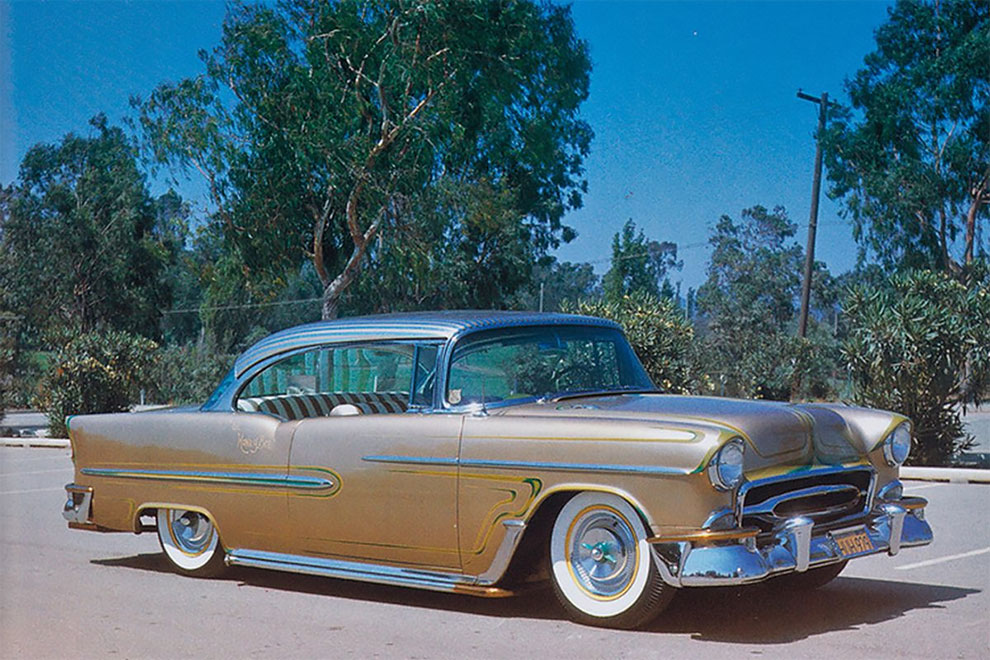 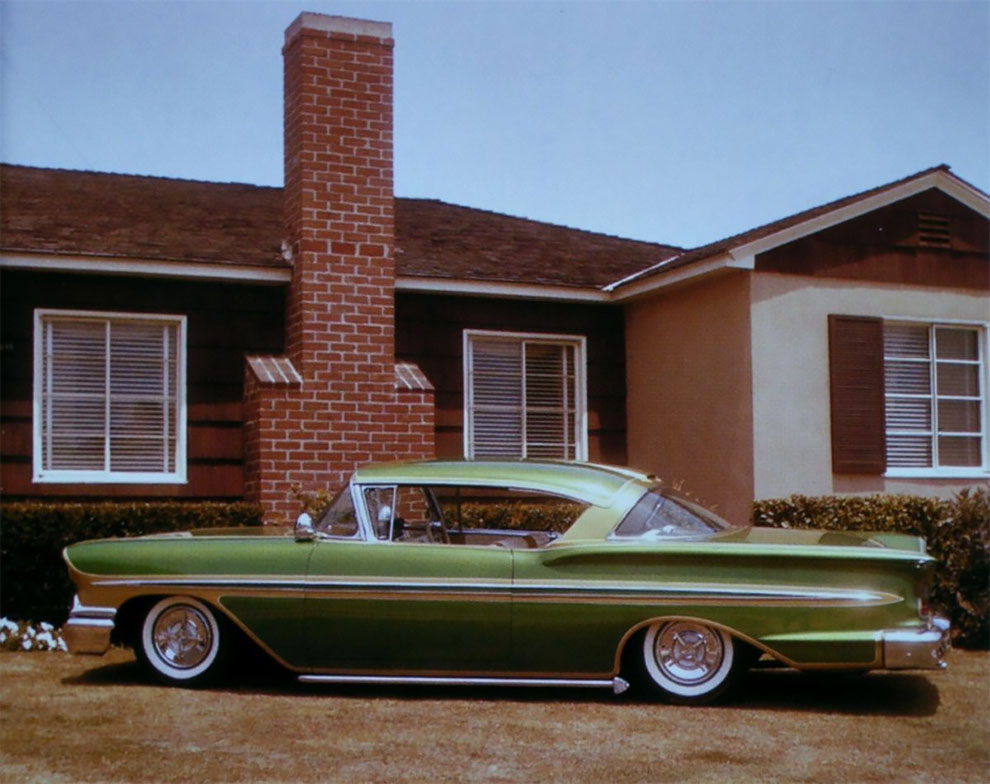 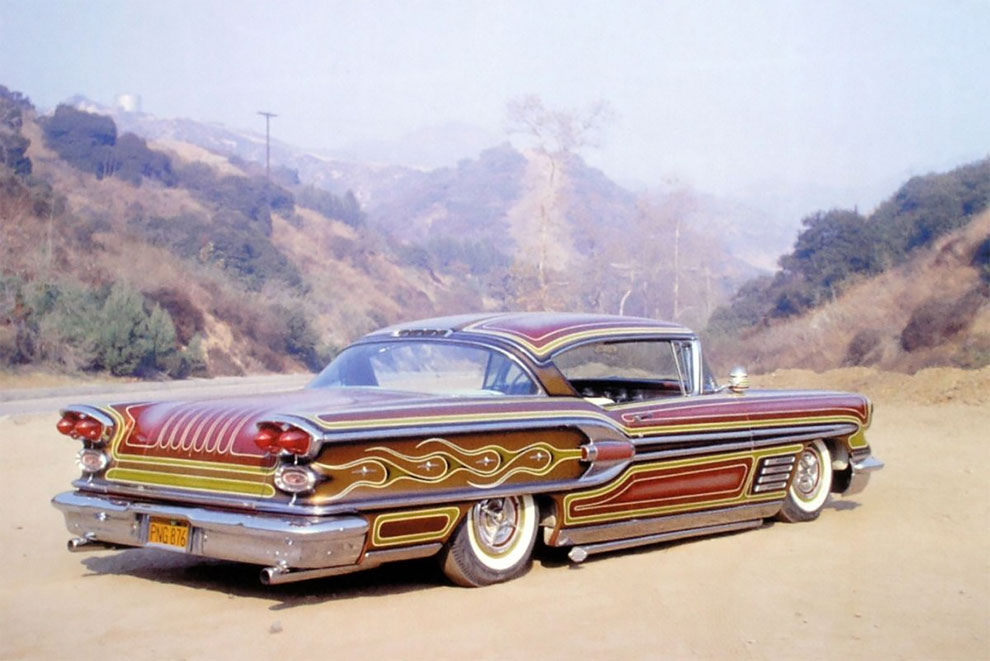 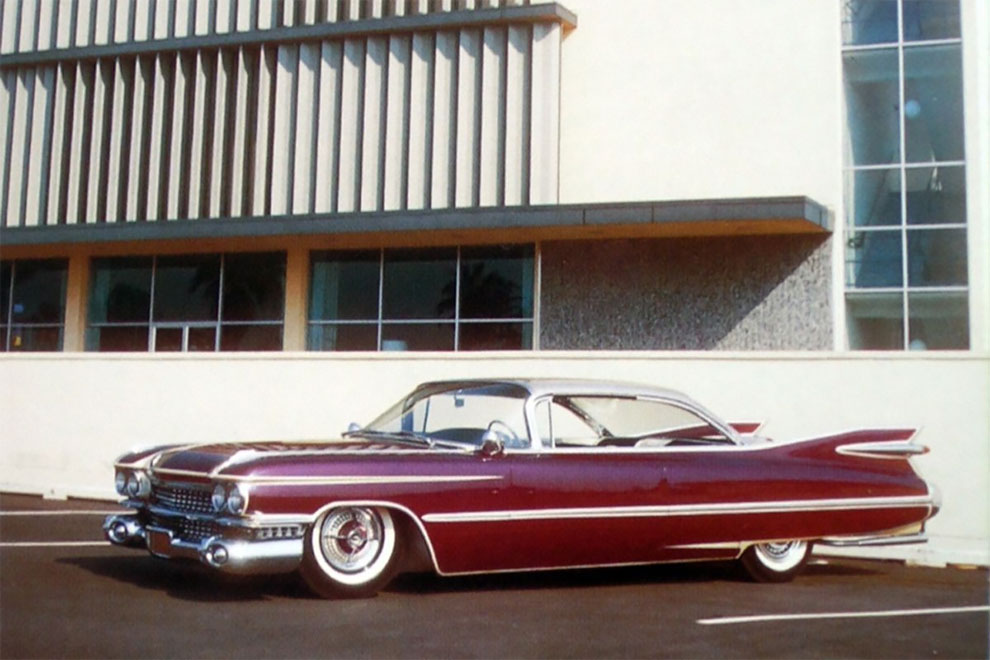 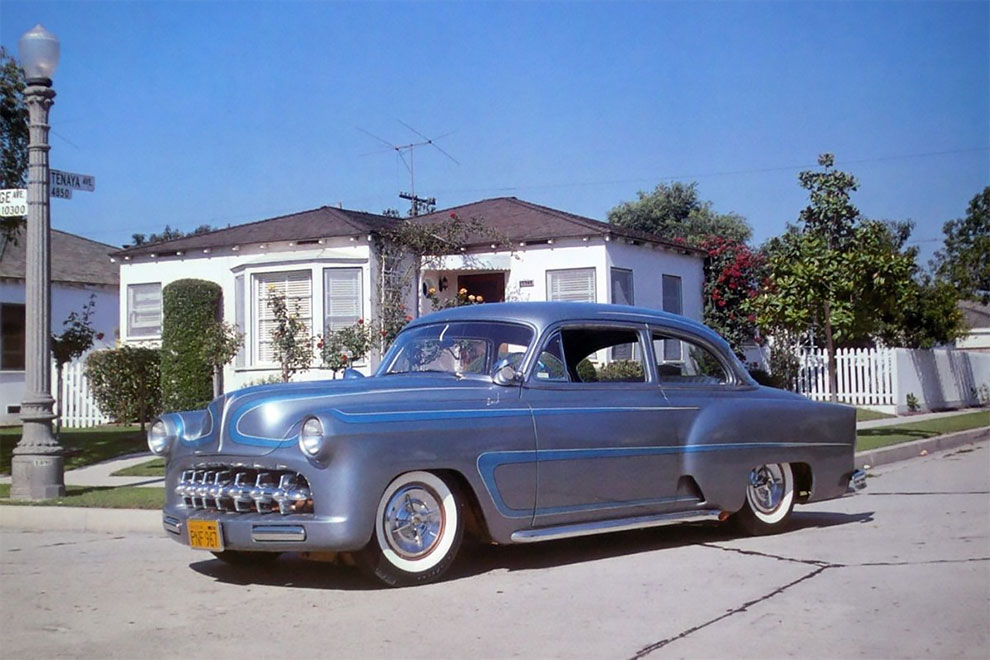 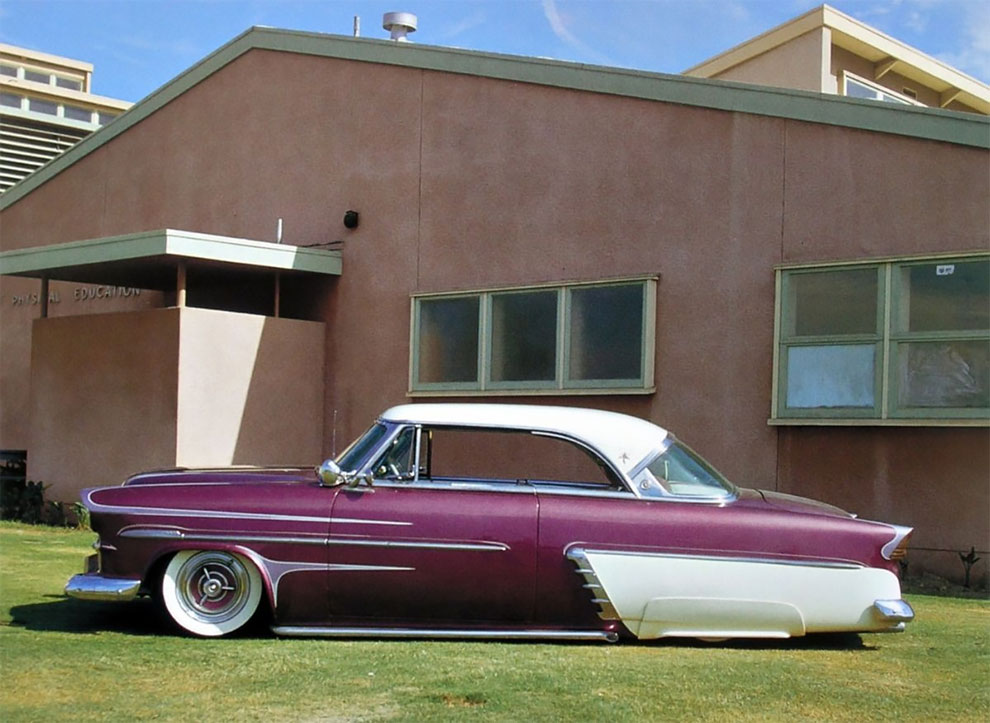 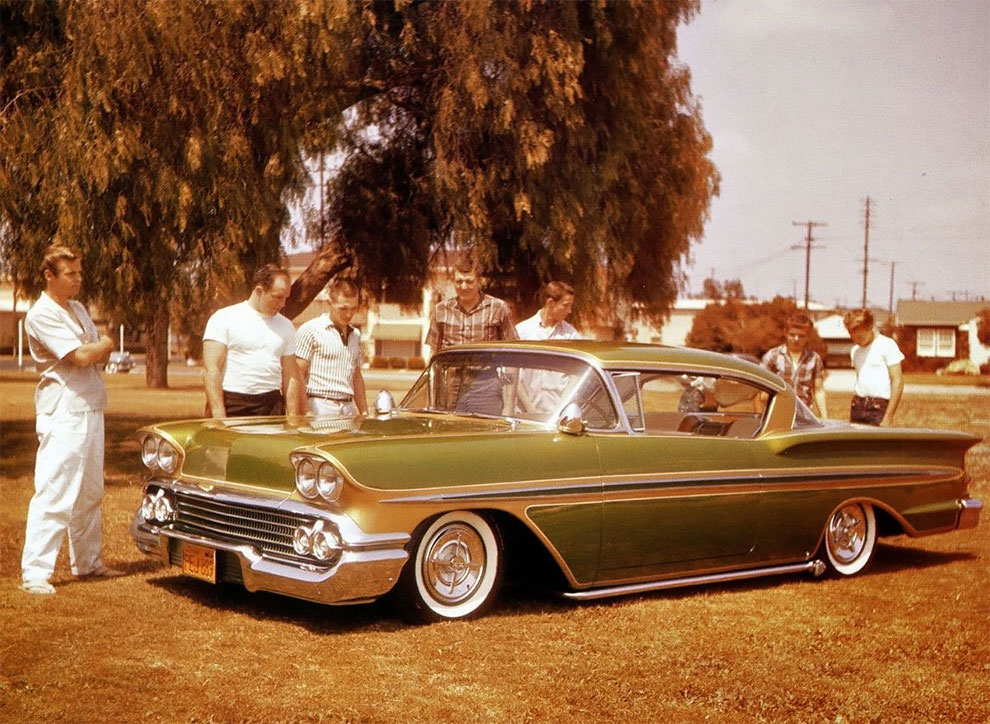 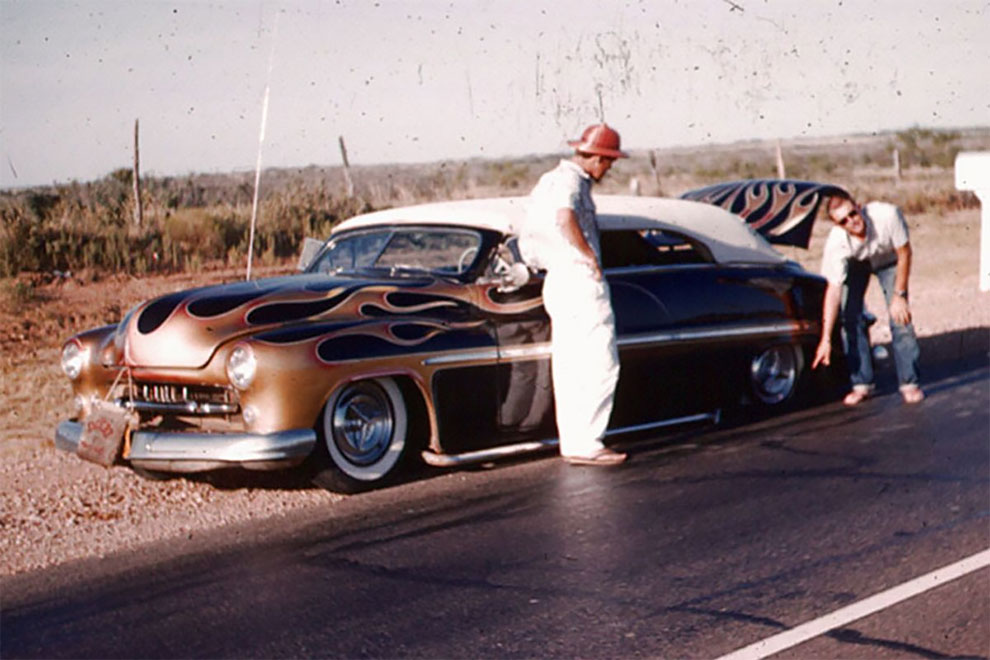 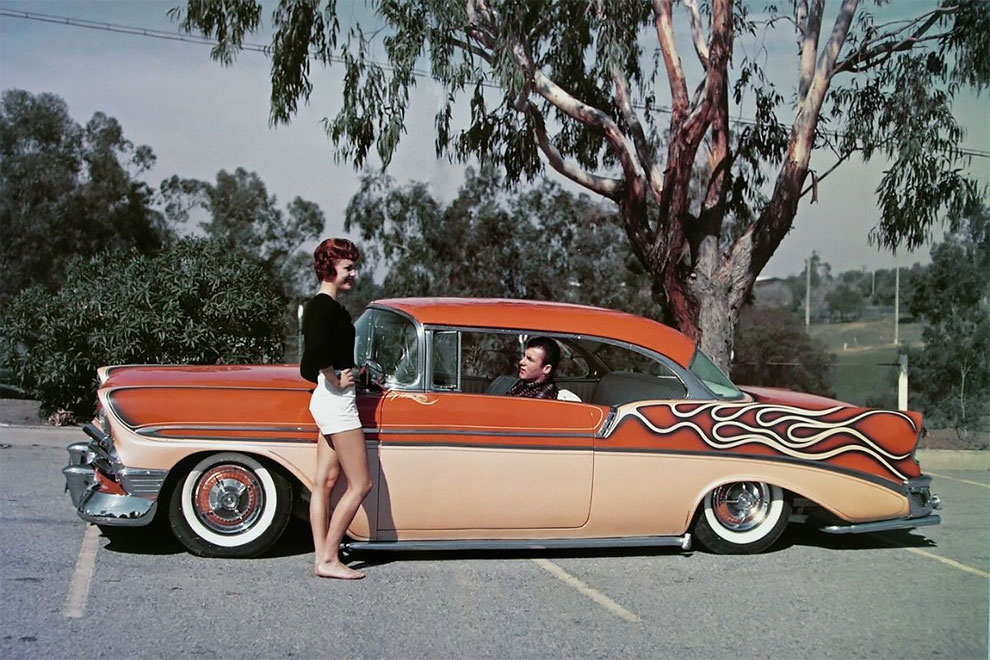 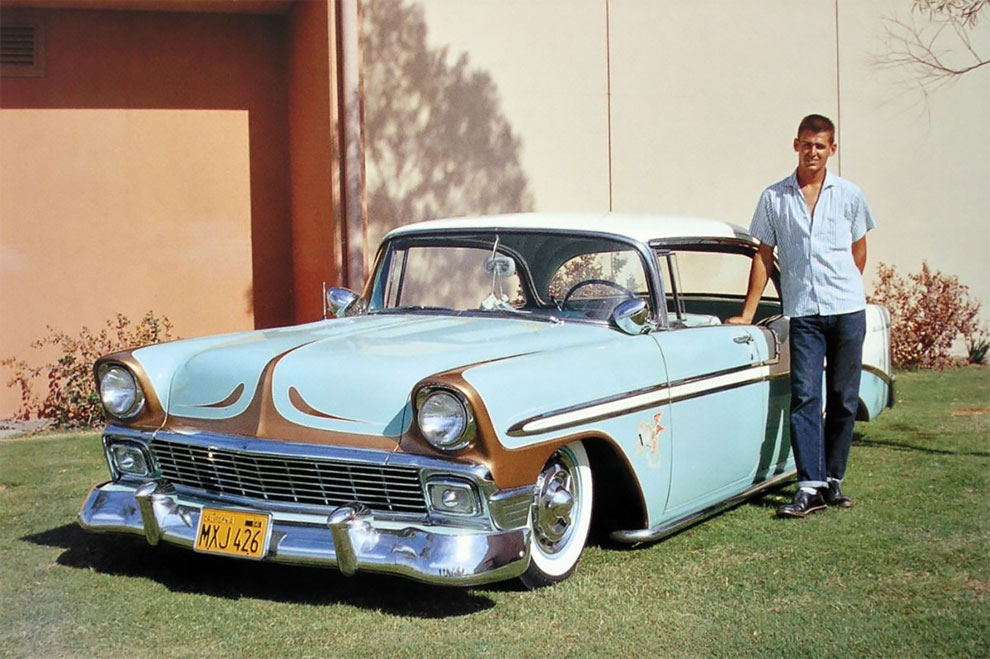 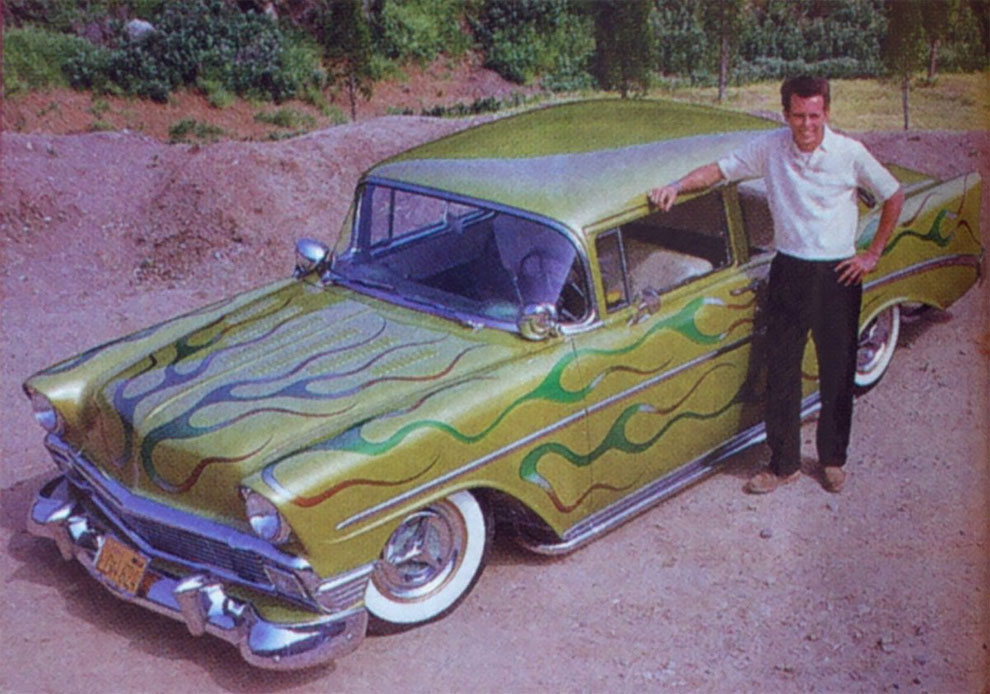 Summer 2020 Men’s Weird Fashion Collection: Skirts And Dresses!
"The Value of Food: Sustaining a Green Planet" Exhibition at the Cathedral of St. John the Divine
Meet Challky, The Innovative Streetwear T-Shirt With A Chalk-Drawable Surface
This Instagrammer Turns Nails Into Works Of Art With Cityscape Designs
Louie Mattar’s Cadillac, the Car That Has Everything, 1952
You’ll Be Surprised To Find Out What These Berlin Artists Use To Create T-Shirt And Bags Designs
Fabulous Found Photos Of An Unknown Man Posing With Hollywood’s Finest At The Oscars And More In 1994
A Broken Vintage Piano Turned Into A Unique Analog Hybrid Of 20 Instruments Connected To The Piano Keys
The Badass And Chilling Watercolor Paintings Of Misha Vyrtsev
Stirring The Swarm: A Horde Of 10,000 Ceramic Beetles Crawl Across Gallery Walls
These Granny Panties Will Revolutionize Your Life
Sergei Pakhomov Creates Incredible Artworks Made out Of Pasta
Beautiful Photos of the 1953 Cadillac Le Mans
Giant Optical Illusion Transforms A Street In Montreal Into Wavy Sand Dunes
Inception Coffee Table By Stelios Mousarris
Candid Photographs of The Rolling Stones Performing at the Alexandra Palace in London, 1964
The Simpsons Meets Fine Art in Amazing Mash-Ups
Unbelievable Hair Sculptures By Tresse Agoche
Offensive Plates To Insult Your Guests With Class
The Spectacular World's Fair Exposition Universelle in Rare Pictures, 1899
Gorgeous Photos Of Classic Beauties Taken From Between The 1940s And 1960s By Philippe Halsman
This Teacher Wears Anatomical Bodysuit To Class
Wonderful Sunny Pics Document A Spring Break In United States In The 1980s
A Towering Wooden Sculpture By Daniel Popper Welcomes Beachgoers In Tulum
1950s, cars, decals, Larry Watson, lowrider, paintings, retro, vintage