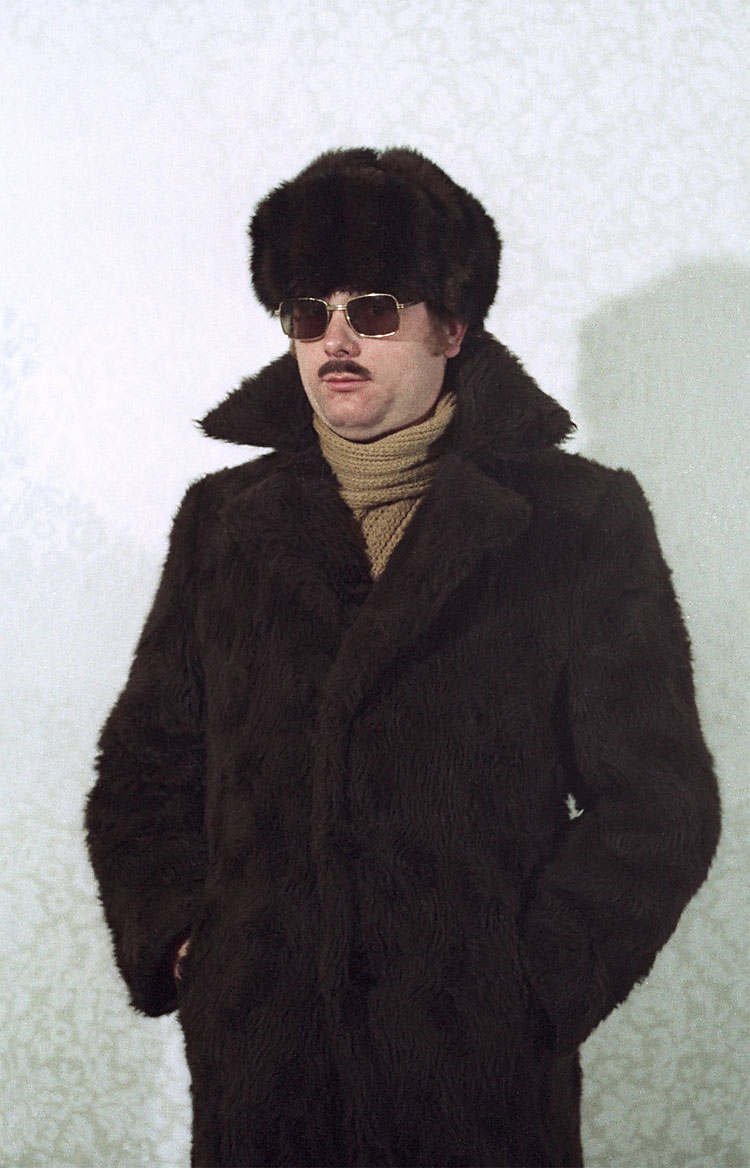 Spies from former communist East Germany demonstrate the art of disguise by donning fur wigs, fake mustaches and dark glasses in a Berlin exhibition of recently uncovered and once highly classified photographs. German artist Simon Menner, who put together the exhibition “Pictures from the Secret Stasi Archives,” said it should show how something that seems harmless, such as these images that could be shots from a spy film spoof, can harbor danger. 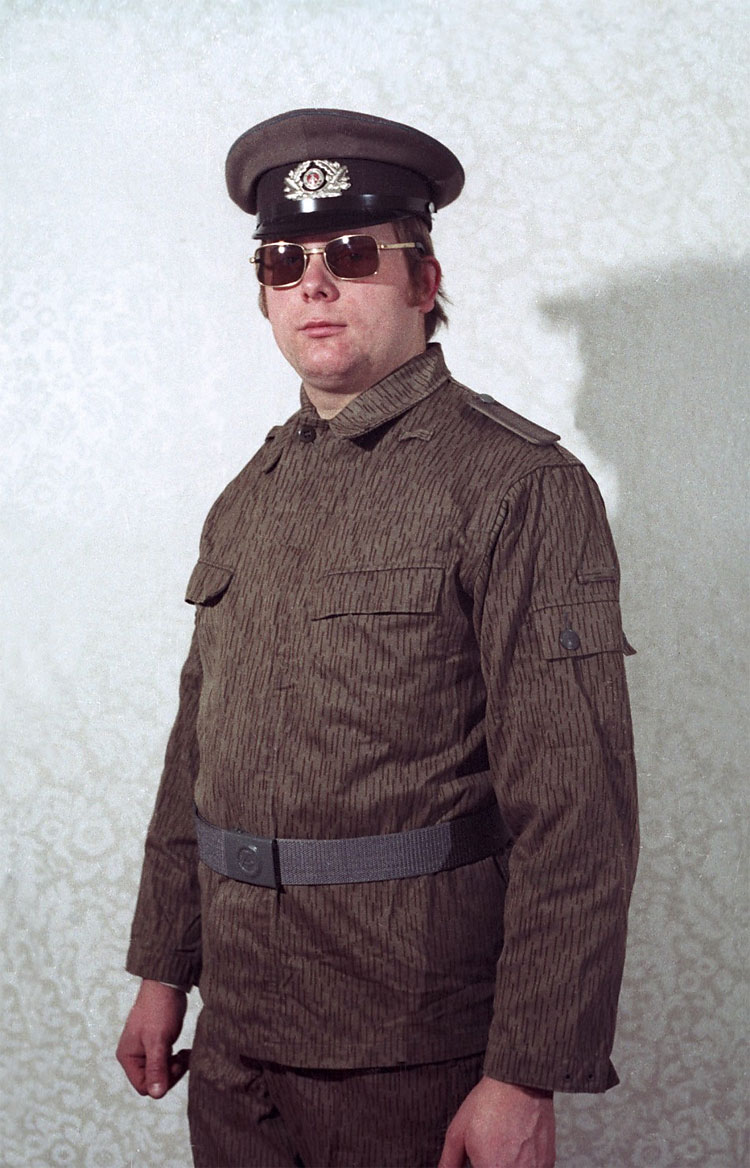 It is indeed astonishing that this field has not attracted more research, particularly here in Germany. After all, the former German Democratic Republic (GDR) was home to the State Security Service (STASI)—one of the largest surveillance apparatuses in history. Relative to the size of the population, the East German STASI had far more agents than the KGB or the CIA. After the wall dividing Germany was torn down most of the archive materials were opened to the public, and although access to these documents is subject to certain limitations, the sheer scope of this access is unparalleled among all the countries of the former Eastern Bloc. Even in the West, nothing like this exists. So it was only natural that Simon Menner approached the authorities responsible for storing the STASI archives with his request to see more. The authorities proved to be both kind and helpful. Menner received permission to sift through the photos at the archive and to make several reproductions. 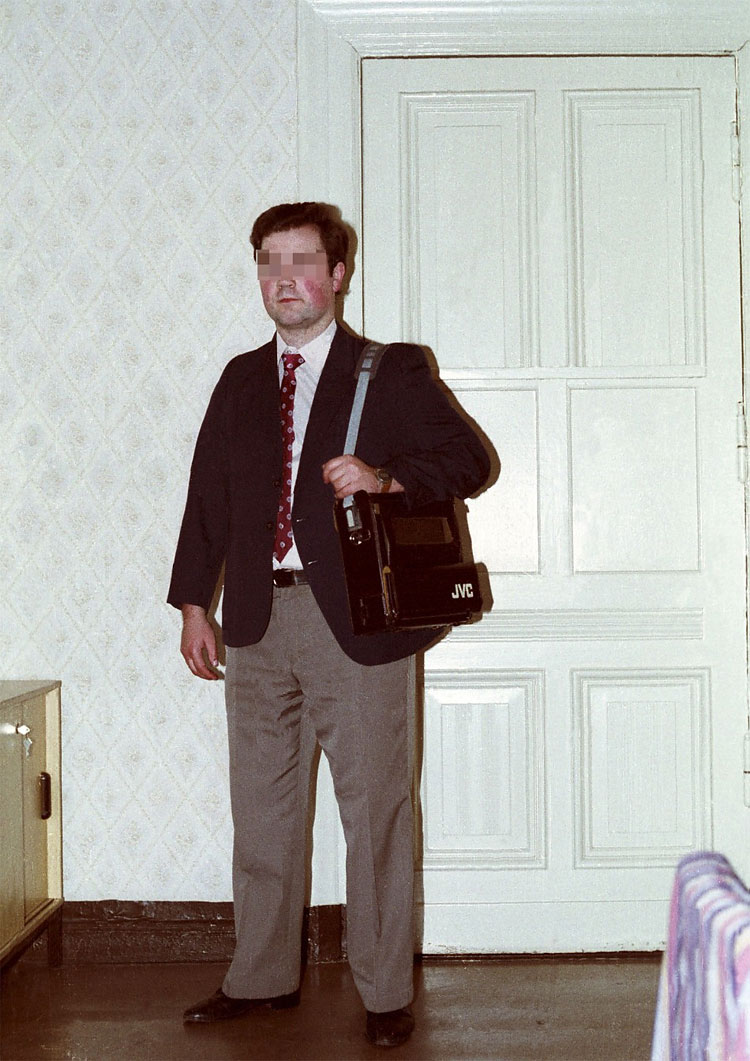 The portraits of obviously disguised men document STASI agents participating in a course on the ‘art of disguising’. They represent what these agents considered to be an inconspicuous appearance. And although the contemporary viewer may find these images rather ludicrous, they, too, record the measures the state used to repress its own population. 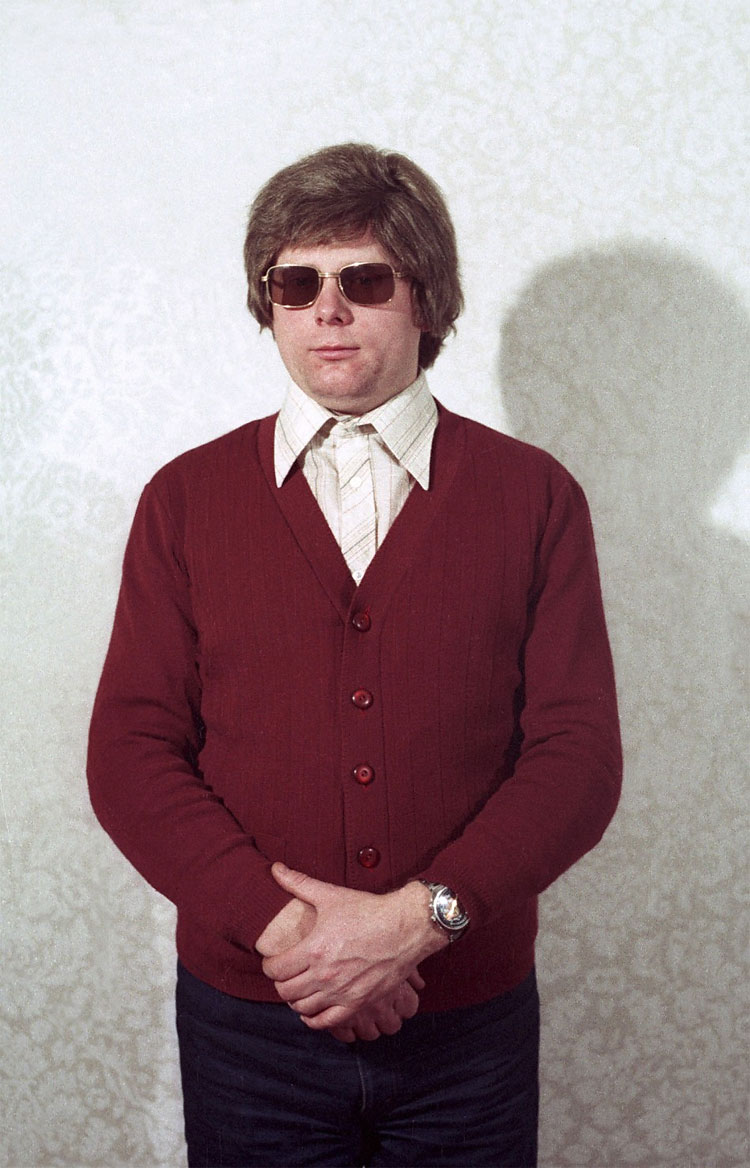 The photos Simon Menner was allowed to see in the STASI archive actually represent only a tiny fraction of the photos remaining there. Many of the snapshots he saw have not been looked at again since 1989. But each new decade’s anniversary of the fall of the wall and of German reunification brings with it, as one might well expect, yet another explosion of studies dedicated to the former East German state. 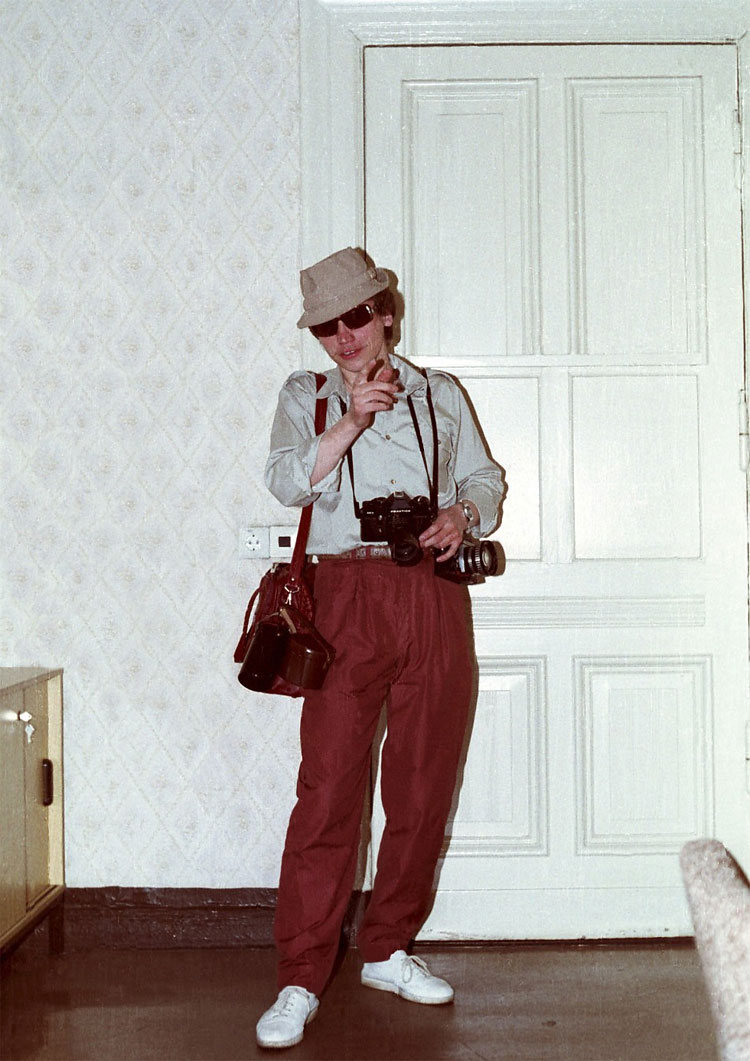 “These were used during courses on how to dress up and blend into society,” the 33 year-old artist said. “They seem pretty absurd now, but it was meant seriously — this is evil stuff.” 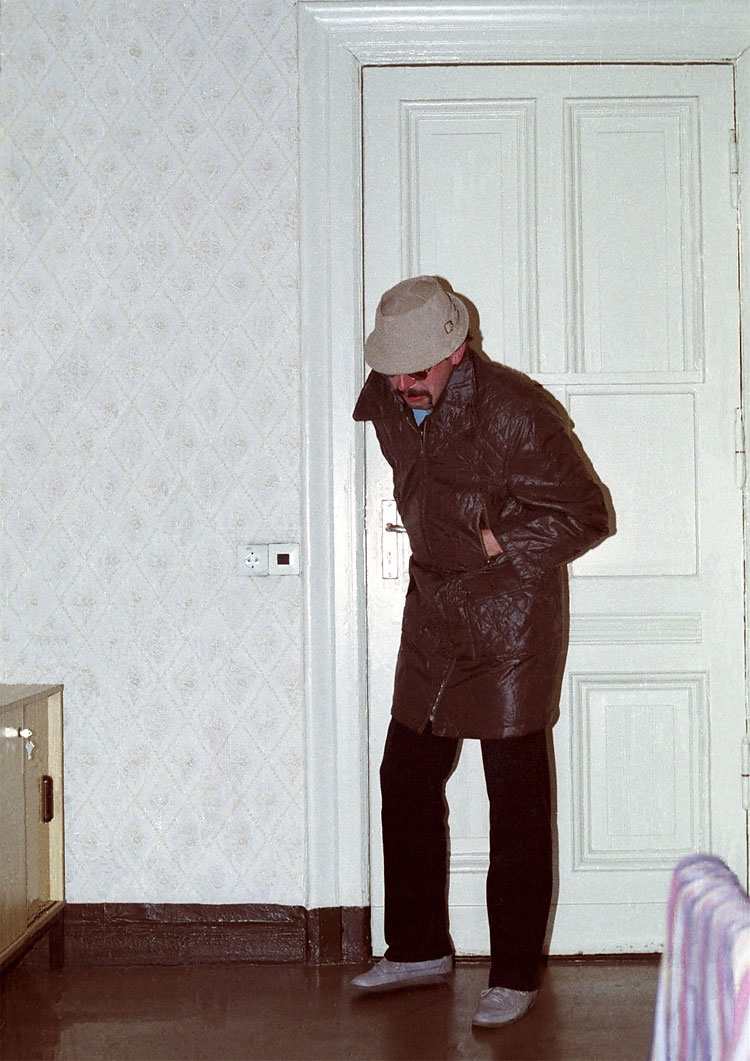 The exhibition runs at Morgen Contemporary in Berlin until August 20th. 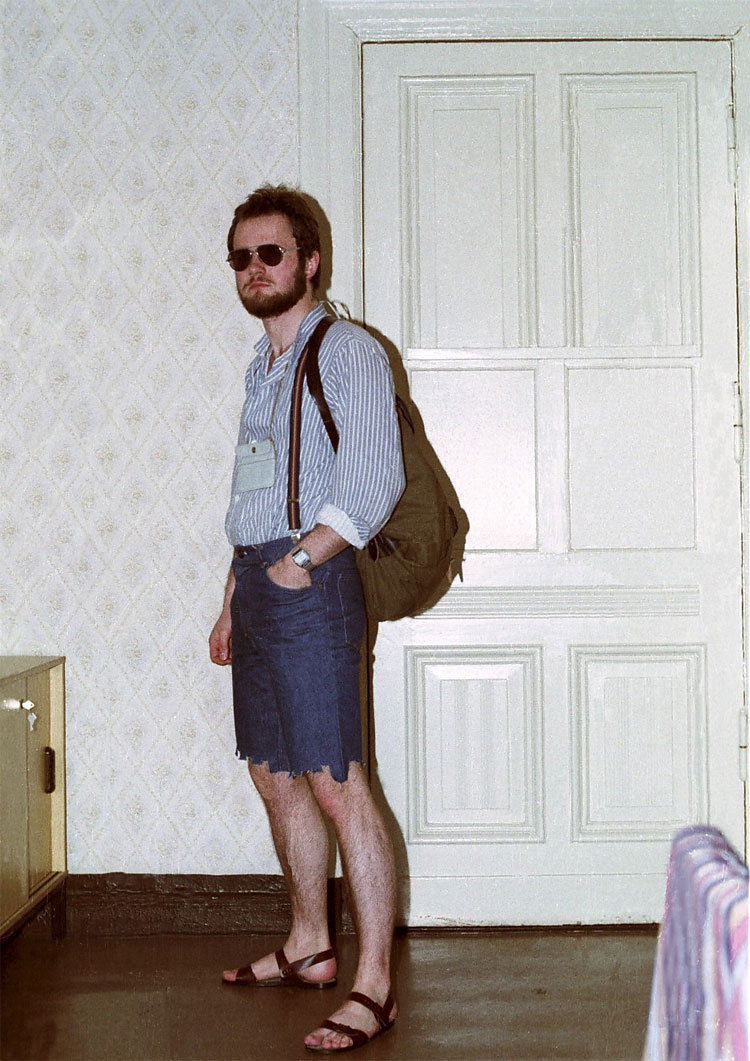 Vintage Photos Capture Farewell Scenes At Penn Station In World War II
Beautiful Photographs By Brock Elbank In Tribute To Freckles
Photographer Captures Socialist Architecture Of North Korea In Pastel Aesthetic
Gorgeous Portrait Photos of Carla Bruni as a Fashion Model in the 1980s and ’90s
Inspired By Nature, National Parks Photography Competition 2020
Photographer Tobias Hägg Captures Inspiring Photographs Of The Ocean Seen From Above
Beautiful Colorized Photos Of Immigrants in Their Traditional Dresses At The Ellis Island Immigration Station In The Early 20th Century
Russian Firefighters Have Released The Most Stunning 2017 Charity Calendar
Sony World Photography Awards Announces Stunning 2021 Contest Category Winners
David Bowie And His Ex-Wife Angie Taking Their Then 3-Week-Old Baby Zowie Out For A Walk In 1971
An Artist Creates Images Of Banknotes Generated From The Bitcoin Blockchain
"The Call Of The Void": Polish Photographer Lukasz Palka Captures Streets Of Tokyo
Retro Photos Show the Inside of Offices in the 1970s and ’80s
The Super Hot And Humorous 2018 New York City Taxi Drivers Calendar Is Here!
Deliveries Surge During Quarantine, This Is How Delivery Guys “Hide” Packages
Before The Photoshop: Headless Portraits From The 19th Century
Vintage Photos Of People Wearing Masks During The 1918 Influenza Pandemic, One Of The Deadliest Natural Disasters In Human History
Photographer Uses Her Dad’s Old Slides To Create A Nostalgic Photo Series
Halloween Surfing in California
Photographer Emily Lauren Wants To Change The Way We See Female Beauty
Meet Turkey’s First Transsexual Beauty Queens
Alex Prager's Hyperreal America In Photographs
‘Dawn of the Planet of the Apes’ with Andy Serkis and Gary Oldman
Most Handsome, Best Dressed, Most Popular, Best Legs – Yearbook “Class Favorites” From The 1970s
archives, games, images, secret, stasi