2022 marks the 50th anniversary of the V&A Illustration Awards. Established in 1972, they have since become the UK’s most prestigious annual illustration competition. Free to enter, the Awards celebrate excellence in student illustration and three categories of contemporary practice: book cover design, book illustration and illustrated journalism. 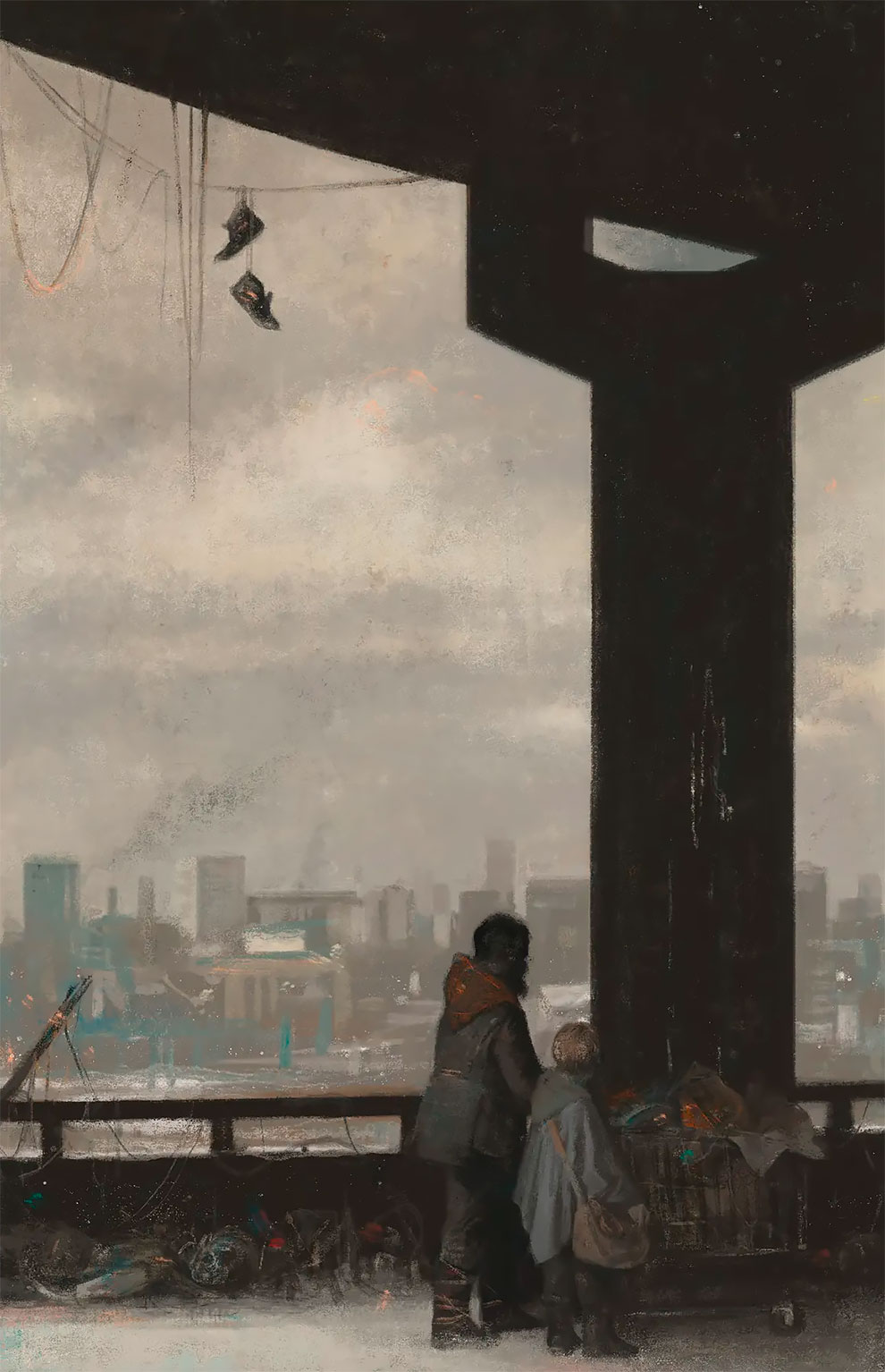 Gérard DuBois was commissioned to illustrate a new Folio Society edition of Cormac McCarthy’s The Road. His acrylic paintings, described by the judges as ‘masterpieces’, capture the beauty and brutality of McCarthy’s text. 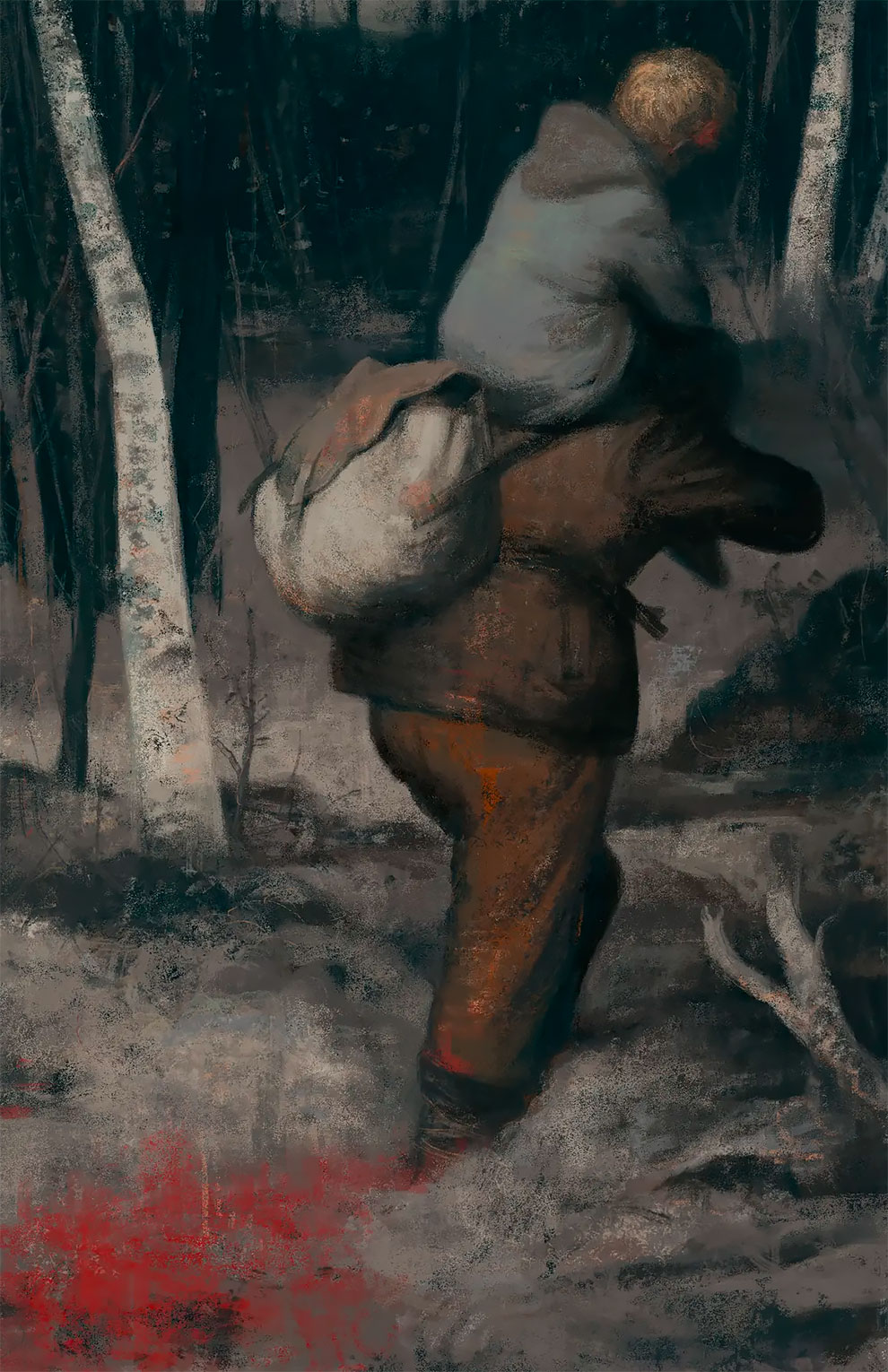 DuBois’ work depicts a man and boy making a harrowing journey through a post-apocalyptic America, inching towards the sea in the hope of salvation. In the illustrations, striking moments of tenderness between father and son provide bright spots amid the desolation. Posy Simmonds described the works as ‘magnificent, rich, poignant and melancholic.’ 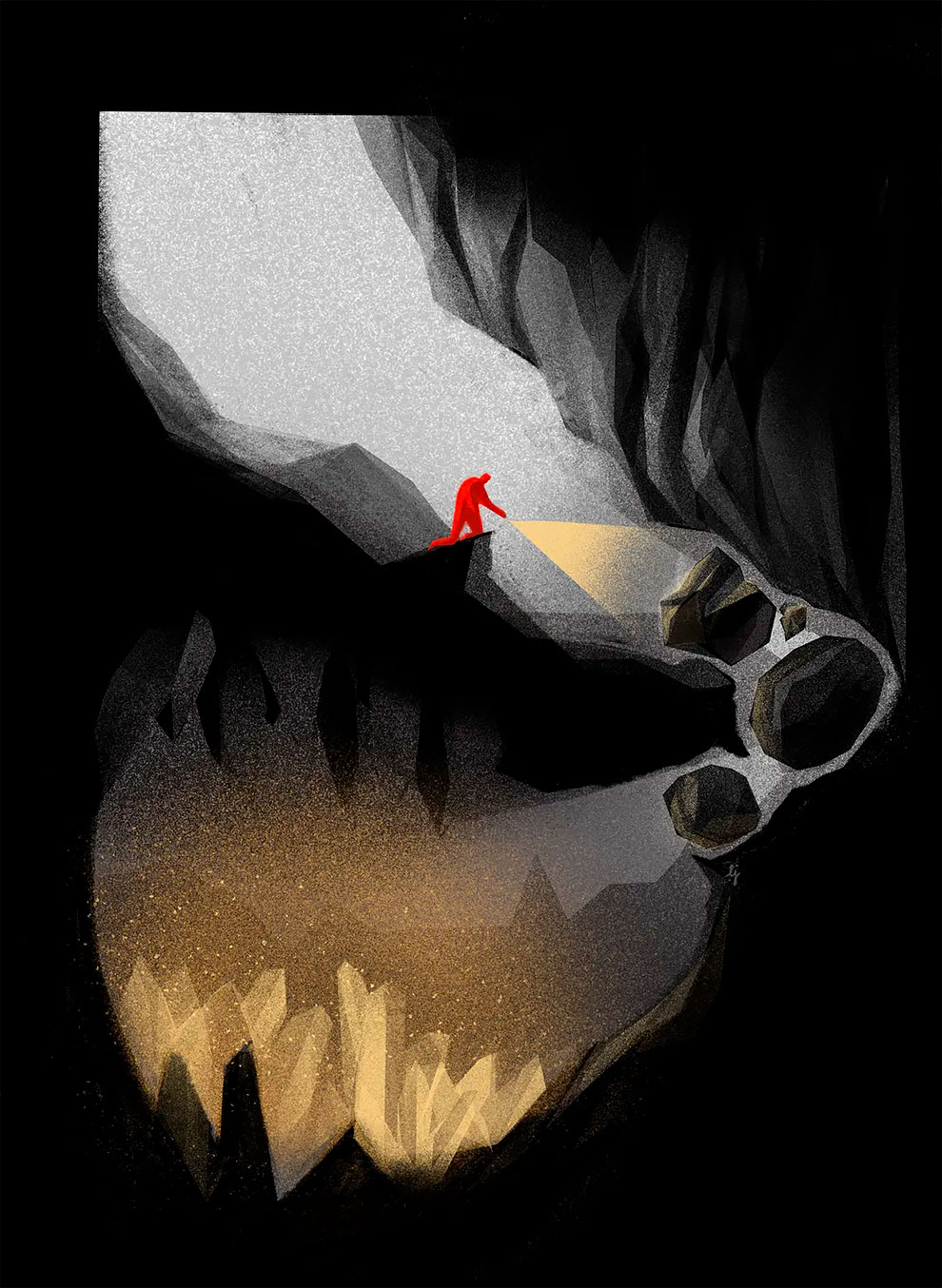 Luisa Jung for Brain Fables: The Hidden History of Neurodegenerative Diseases and a Blueprint to Conquer Them by Alberto Espay and Benjamin Stecher.

Winner of the book cover award 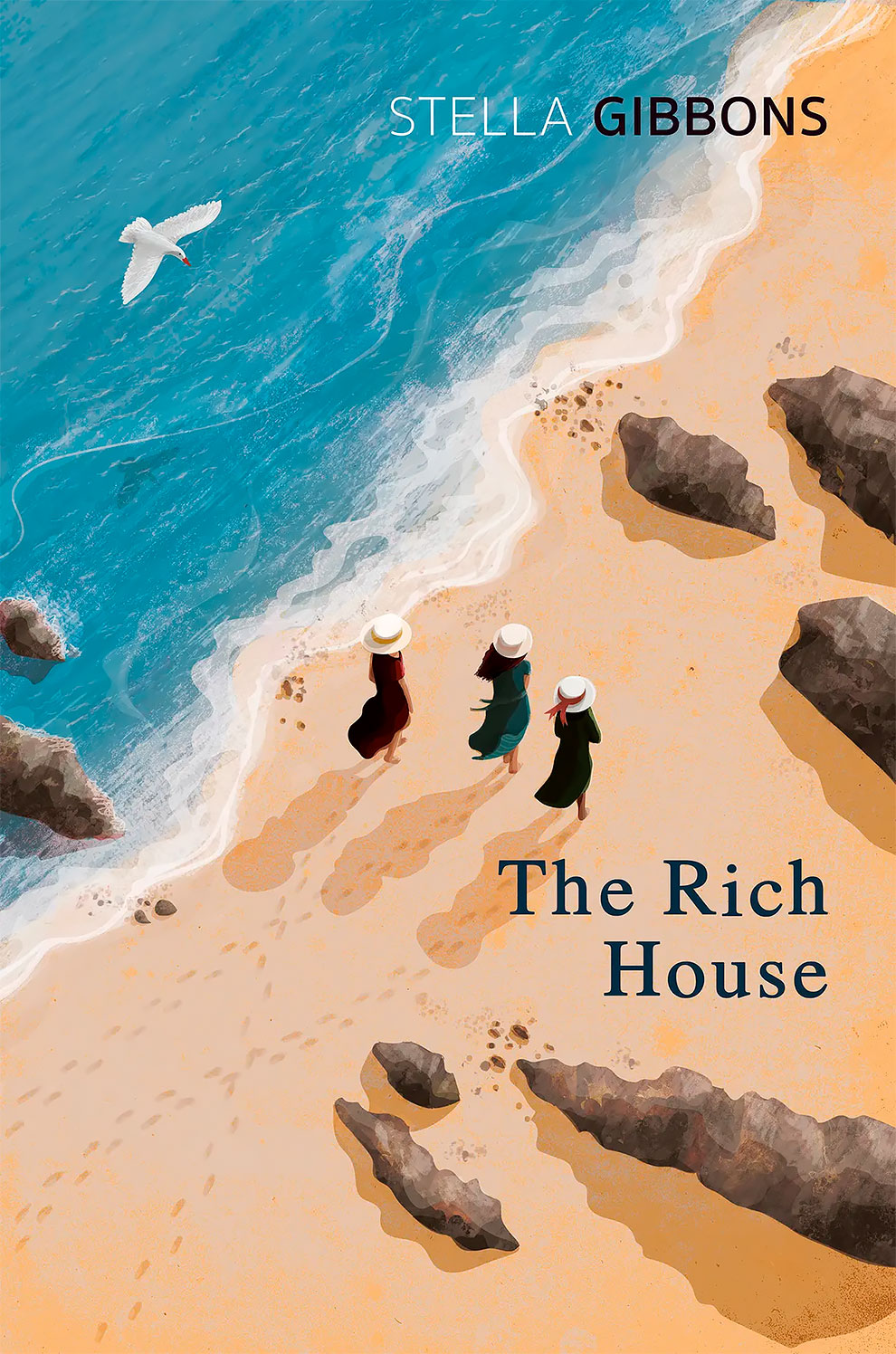 Runner-up in the book cover category 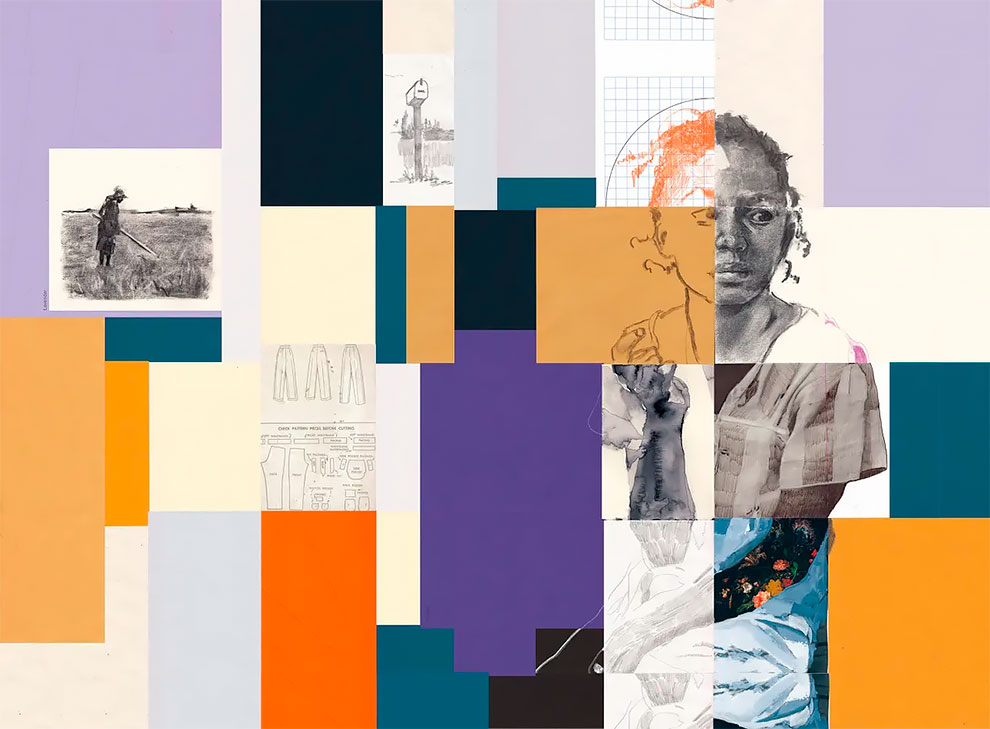 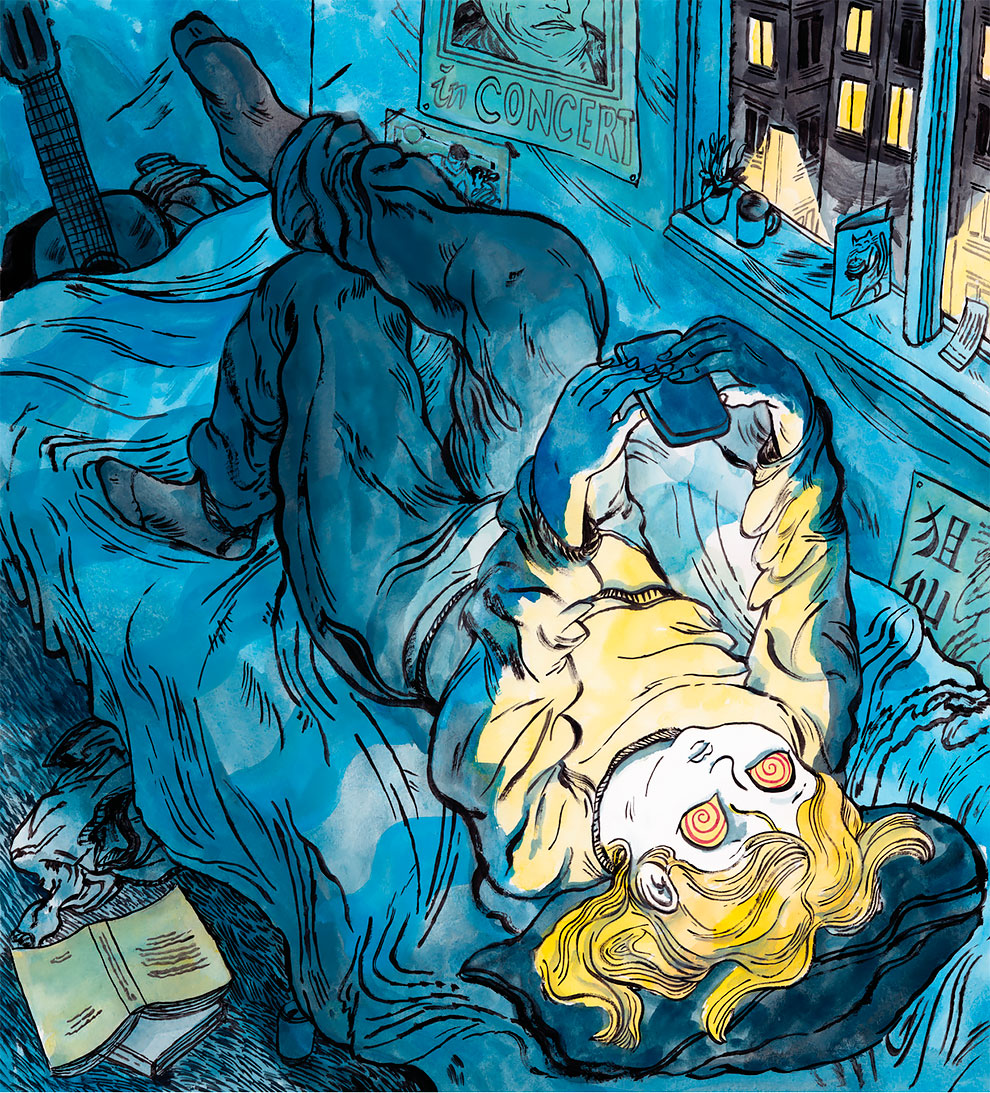 James Albon, illustration for Libération and La ZEP for a 2021 series of articles written by young people on the world of TikTok, speaking to their experiences of the social media platform, especially its hypnotic, negative effects on self-image and mental health. The eerie nocturnal scene is created with a blue and yellow palette, working in watercolour and gouache. The judges praised the humour and energy of the work. 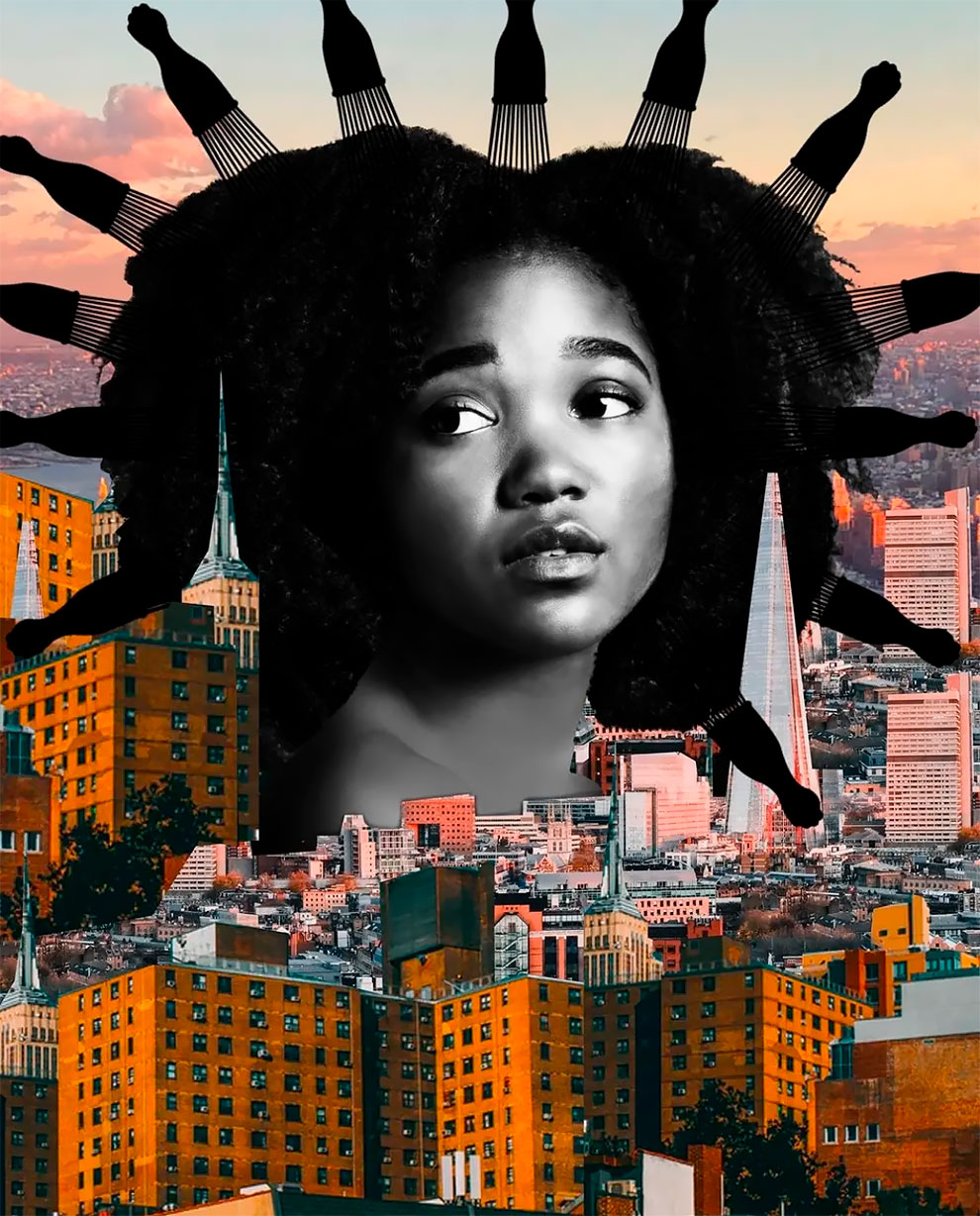 Alexis Tsegba, for ‘The price of having black hair in a white world’ by Tamara Gilkes Borr, in The Economist’s digital 1843 magazine. 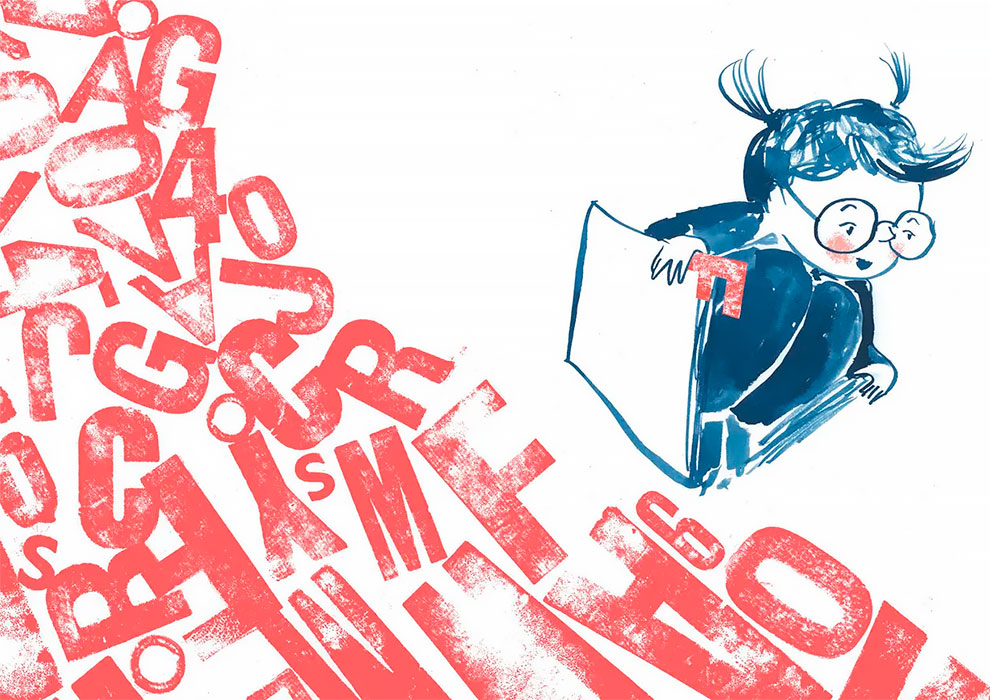 Kate Rolfe, Navigating Dyslexia. In Rolfe’s work, letterpress characters form impenetrable forests, tumble from books and pile high in an overwhelming wave of anxiety. Based on her personal experience, Navigating Dyslexia combines cyanotype and letterpress processes to communicate the nuanced experience of a person with dyslexia. The judges praised its humour, simplicity and ingenuity. 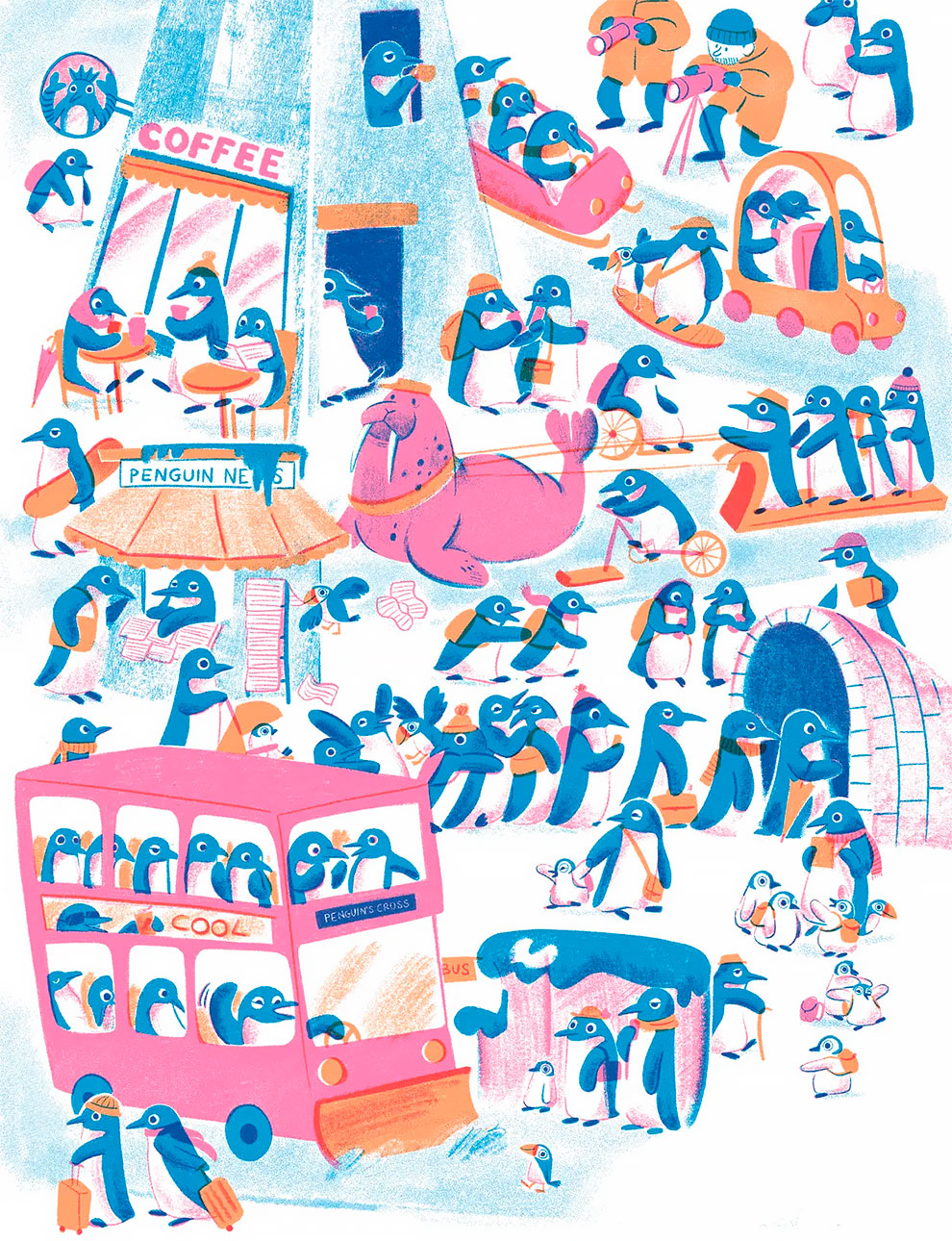 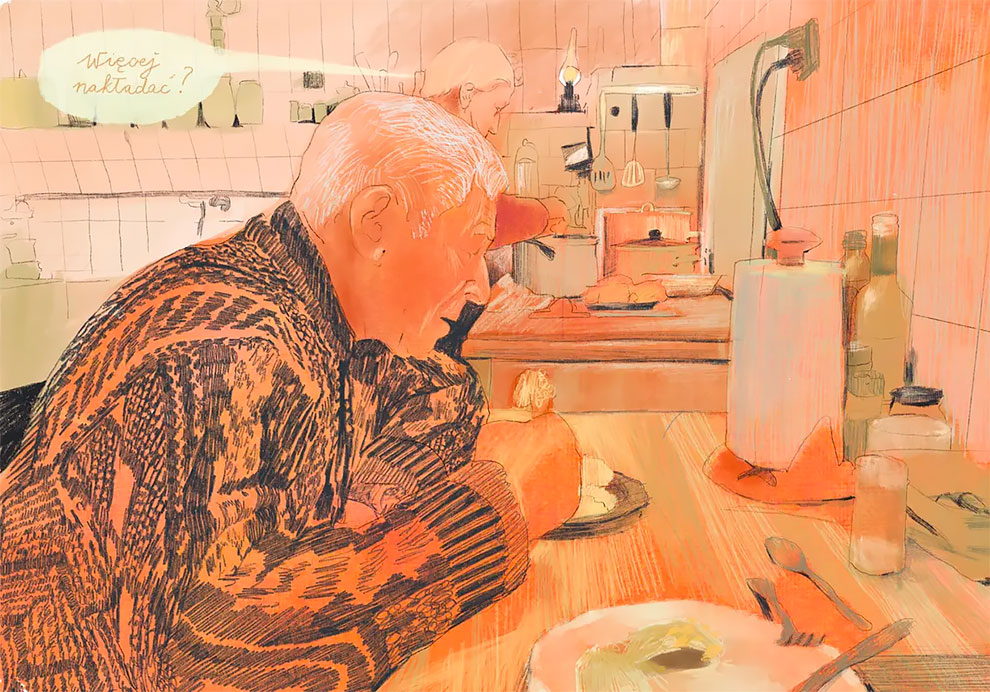 Klara Bianka Gryglicka for My Summer – A Visual Diary.