Finalists and Winners of The Head On Portrait Award 2021

Jenni Bruce at her burnt home 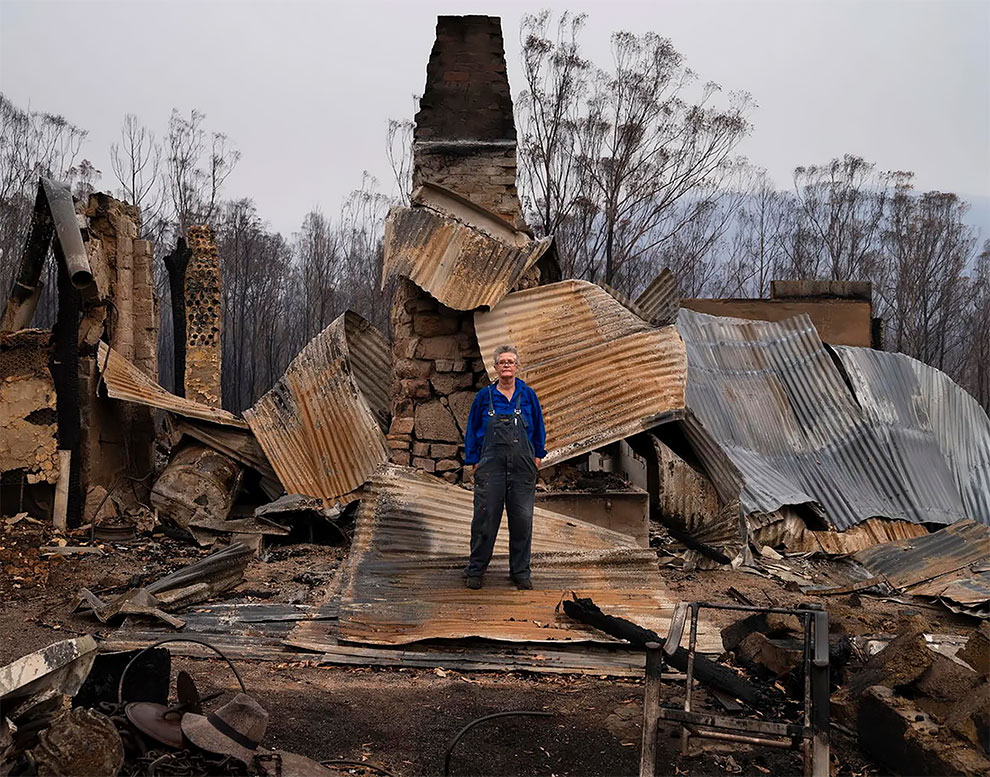 ‘It was all gone,’ she said. ‘I had a great workshop with tools that I had spent a lifetime gathering. I had a huge collection of paints and canvases, and I was working on a new body of work to exhibit. It was just devastating to lose that amount of hard work … I wish the people in power would listen; I wish they would stop using industries that are so bad for our environment.’ Photograph: Gideon Mendel 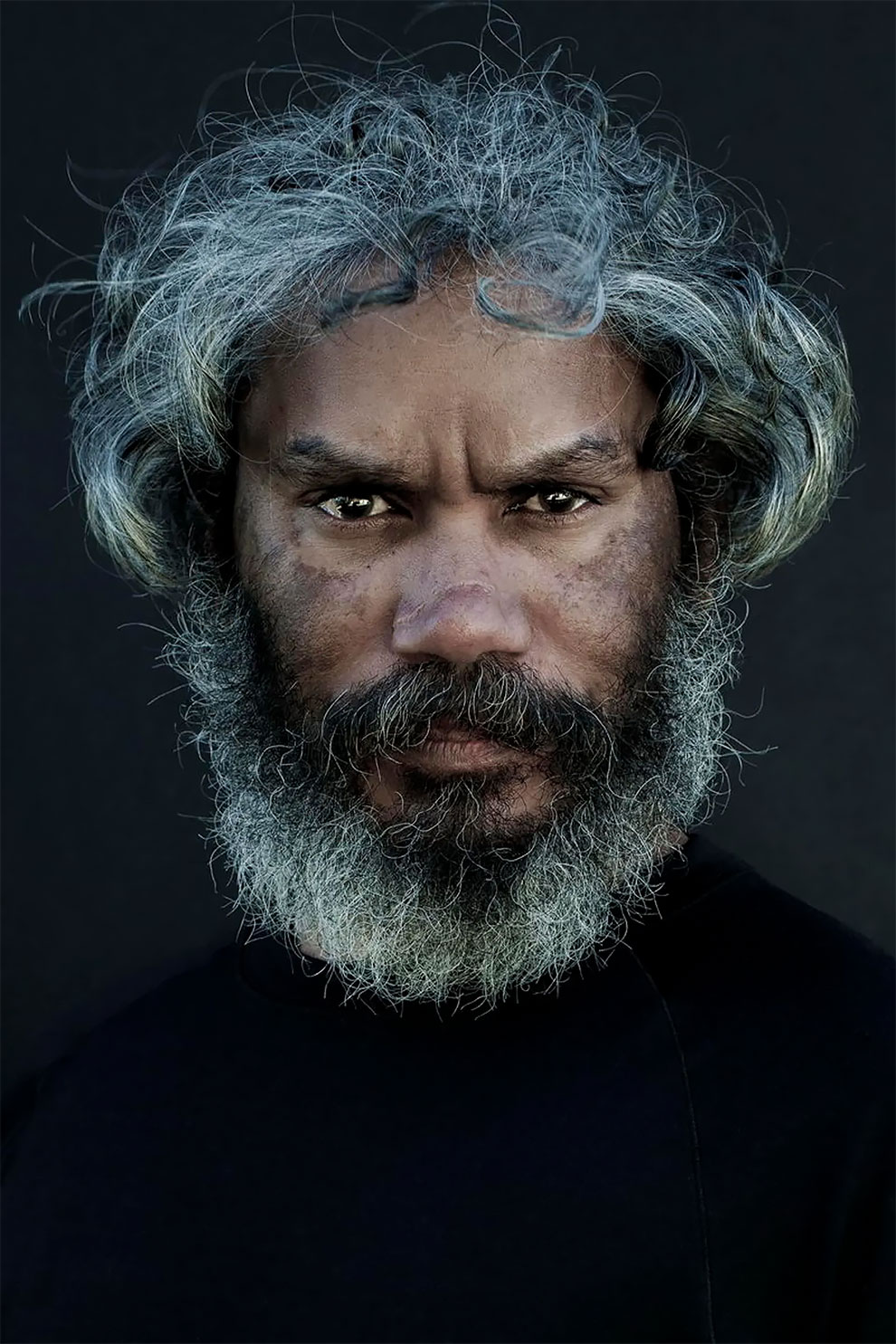 “I made this portrait of Indigenous actor Heath Bergersen with natural light and a portable background in the backyard of his suburban home. Beyond the backdrop, the world was tumbling into turmoil with the Black Lives Matter movement raging on city streets both here and abroad. The weight of history matches the intent seen within the actor’s eyes.” Photograph: Brett Canet-Gibson 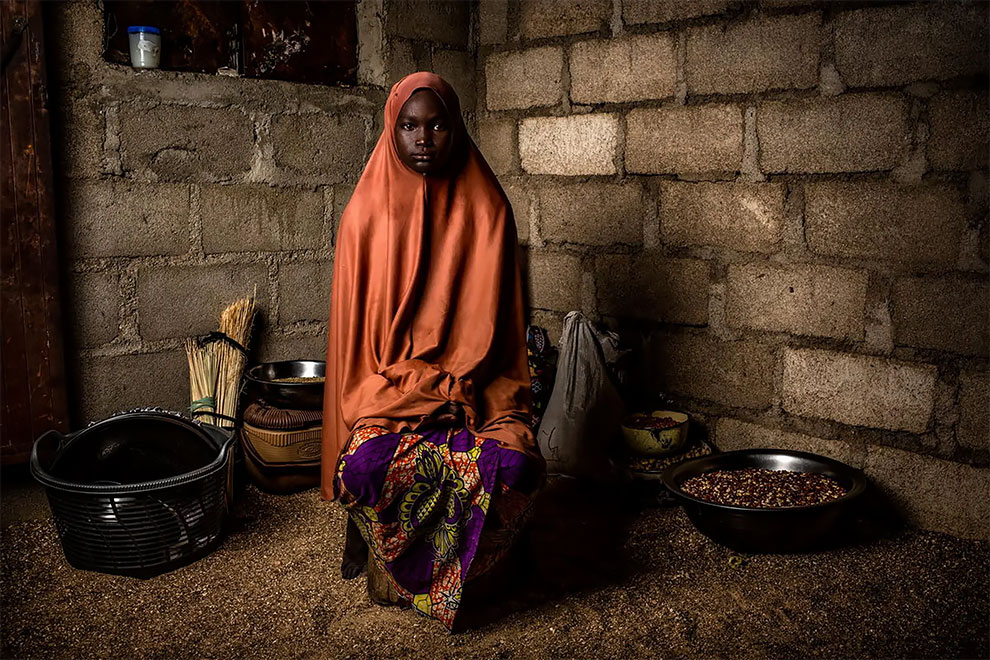 “In 2018 an armed group attacked Halima’s village in Borno state, Nigeria, killed her parents in front of her and abducted her. She was 13. ‘It was very difficult; they beat me, they refused to feed me,” she said. Forcing her to wear a suicide vest, they told her to run and push the detonator as soon as she met others. But one of her abductors took pity on her, removed the vest and let her go.” Photograph: Marko Kokic/Unicef 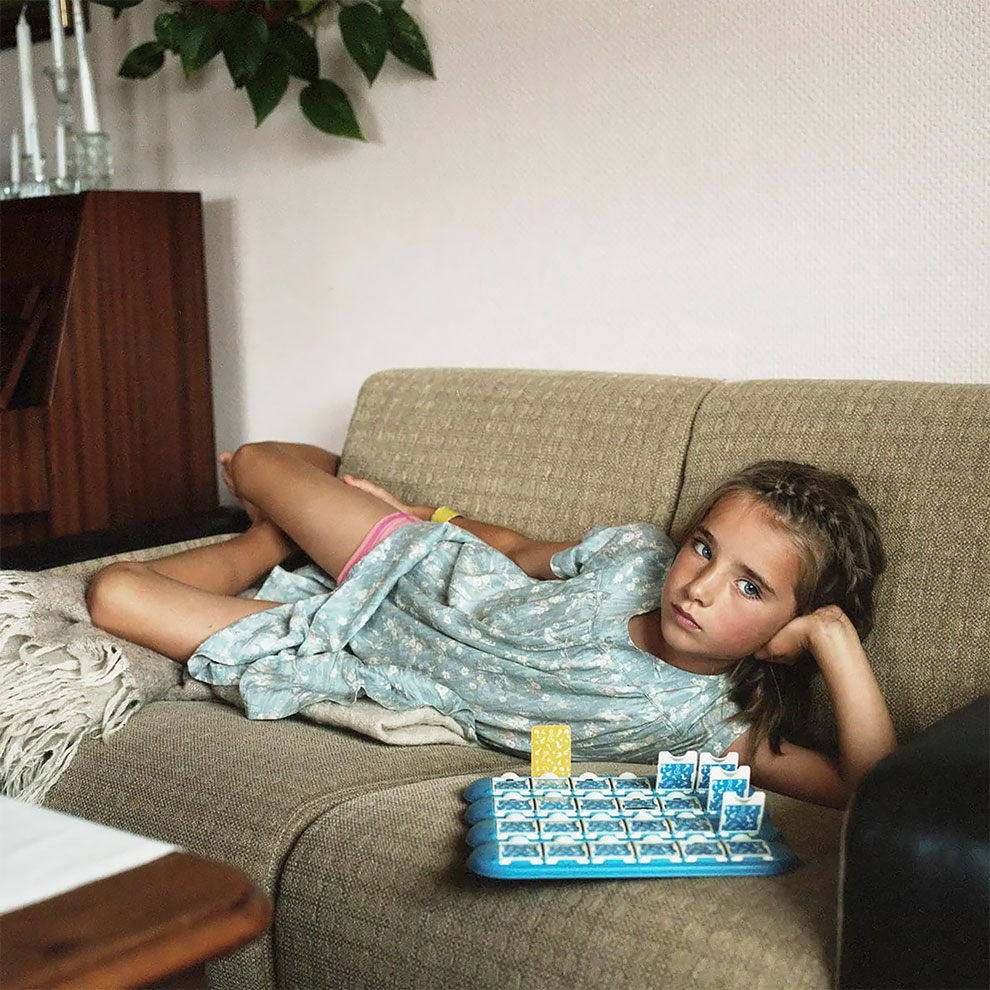 “Mina is playing Guess Who? at her grandparents’ house. Every Wednesday is grandparent day.” Photograph: Mirjam Stenevik 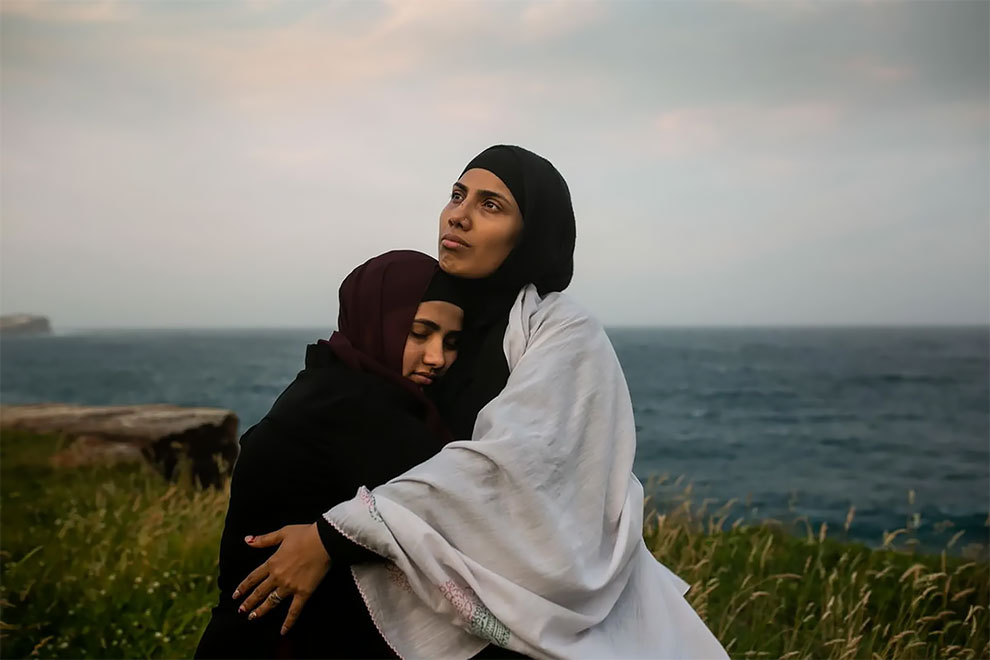 “Sajeda and her daughter Asma are Rohingya refugees now living in Lakemba, western Sydney. The two remember travelling to Australia on a small boat packed with 100 other refugees encircled by sharks. Sajeda held her breath and kept her year-old son tied tightly to her waist. After Asma, who was 10 at the time, asked, ‘Are we all going to die?’, Sajeda thought, ‘If Allah saves me, I’m never putting my children in danger again.’” Photograph: Mridula Amin 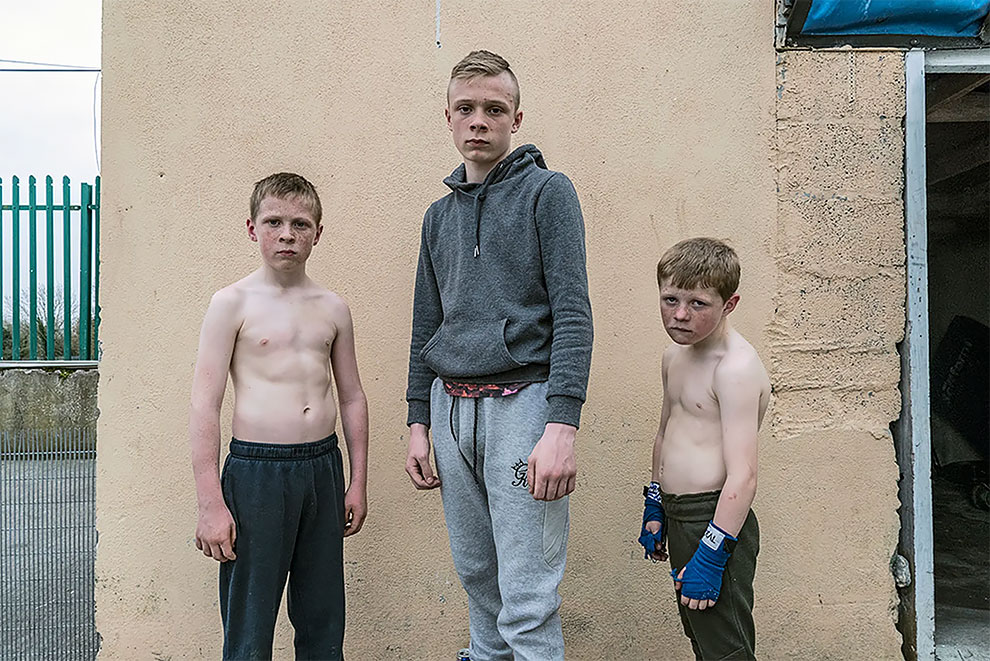 “For many boys and girls in the Traveller communities, boxing is one of their favourite sports and a big part of their culture.” Photograph: Joseph-Philippe Bevillard 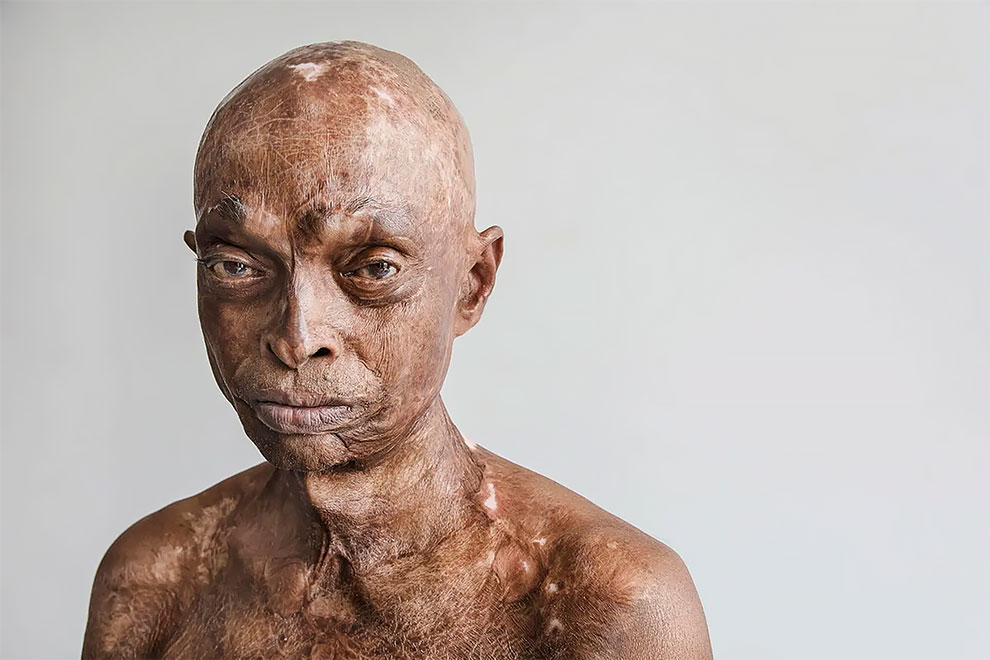 “Bidhan, 60 years old at the time of this photo, was the owner of a small food shop in Thana, in the Khulna district of Bangladesh. In 2003, when a criminal gang raided his shop, Bidhan gave them his daily proceeds without any resistance. But the criminals still beat him brutally and threw industrial acid on his head. His eyes, face, neck, chest, back, arms and legs were injured. He received multiple surgeries funded by the Acid Survivors Foundation.” Photograph: Erberto Zani

Amanda and Mohannad, from ‘Undercover’ 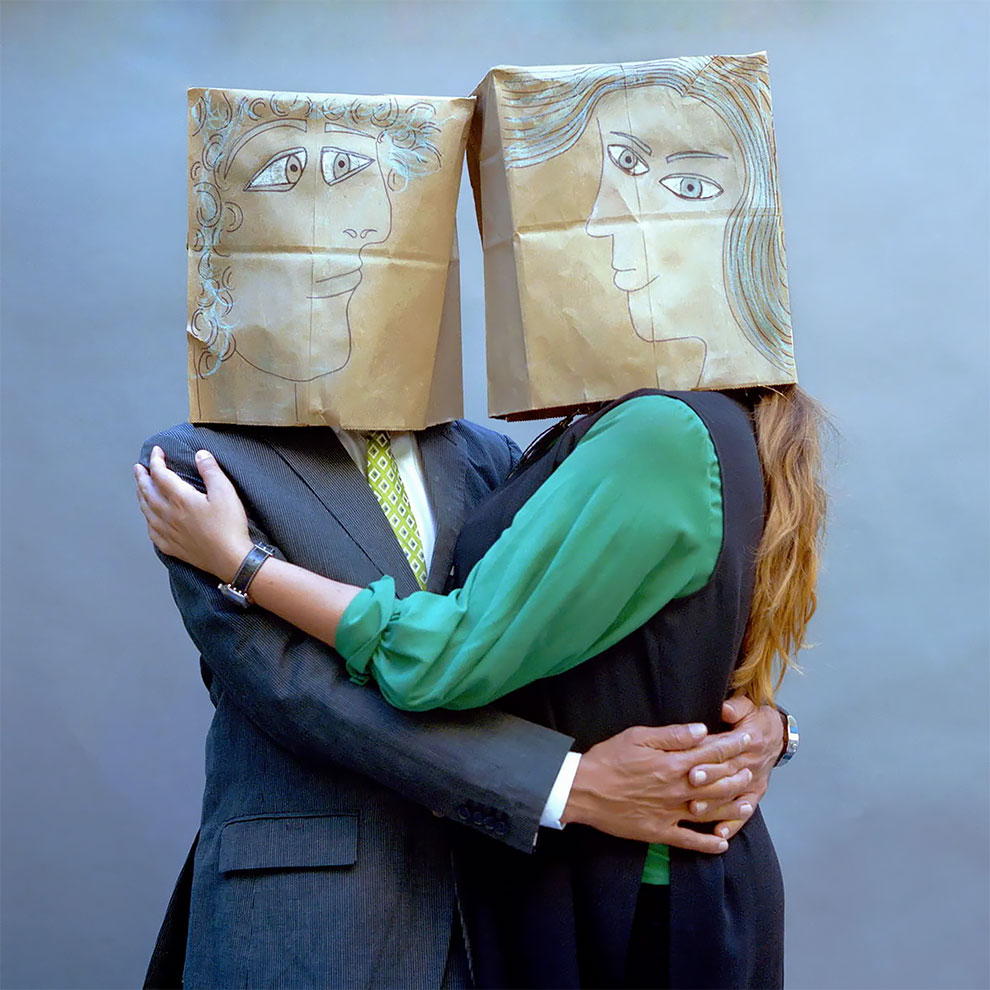 “‘The mandate to wear masks made me think about the historical legacy of wearing masks in cultures worldwide, allowing for storytelling and new personas. It reminded me of the humorous paper bag masks created by illustrator Saul Steinberg in the 1950s. I asked friends to make paper bag masks, and the results revealed new sides to them and documented how art can shift moods even in the darkest of days.’” Photograph: Aline Smithson 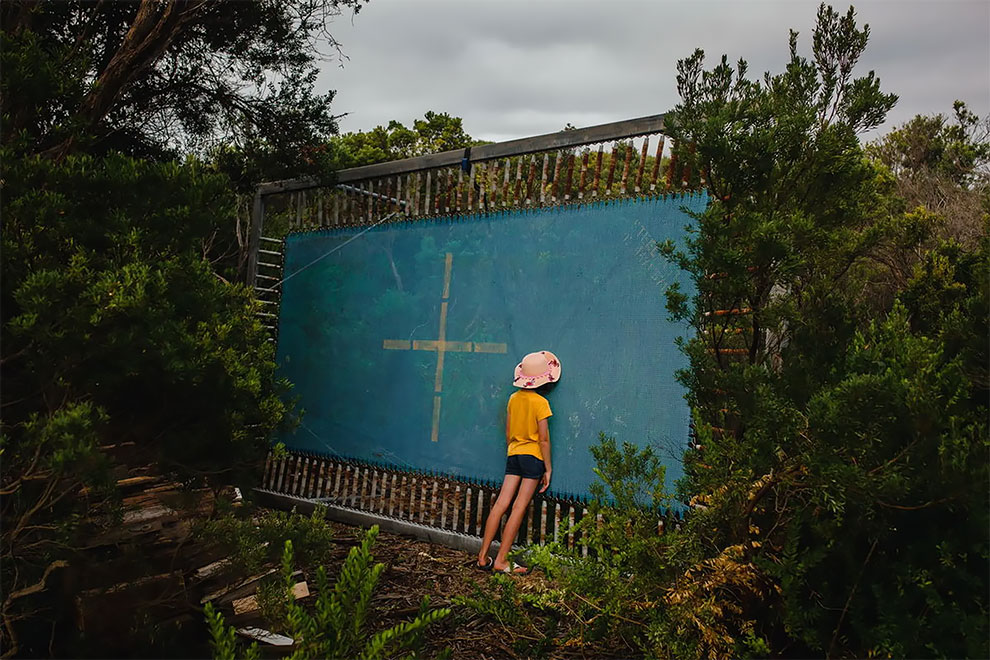 “An abandoned trampoline, hidden among the overgrown roadside brush. Dorothy can be found here – contemplating life or perhaps just looking for what is beyond the mesh of the stretchy blue mat.” Photograph: Rowena Meadows 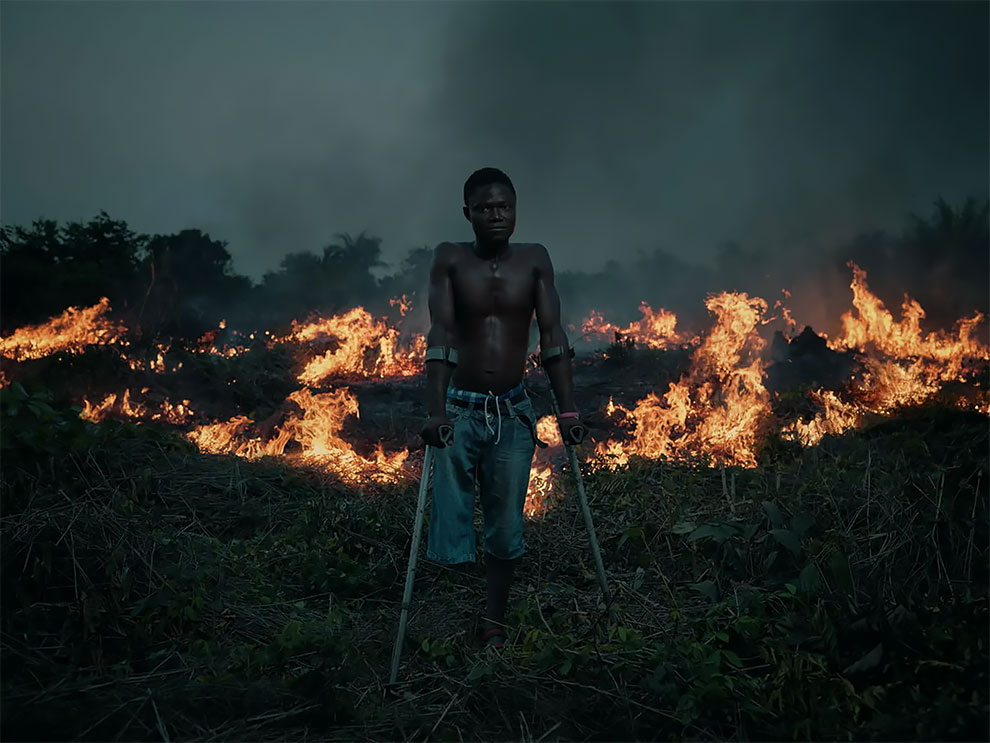 “Thousands of civilians had their legs, arms or hands forcibly amputated by rebel soldiers or removed by landmines and bullets during Sierra Leone’s civil war. The Flying Stars amputees are a group of football teams across the country whose players are victims of civil war amputations. Football has brought them joy, confidence and hope for a better future for disabled people. This is Umaru Sandi, captain of the Flying Stars team in the city of Bo.” Photograph: Todd Antony