The Spectacular Finalists Images form The Art of Building Competition 2022

The Chartered Institute of Building has announced the finalists for the largest photography competition celebrating the built environment. The entries range from a solitary church to a bustling shopping mall, and the winner will be chosen by a public vote.

The UAE Pavilion at EXPO 2020, taken by Francesca Pompei 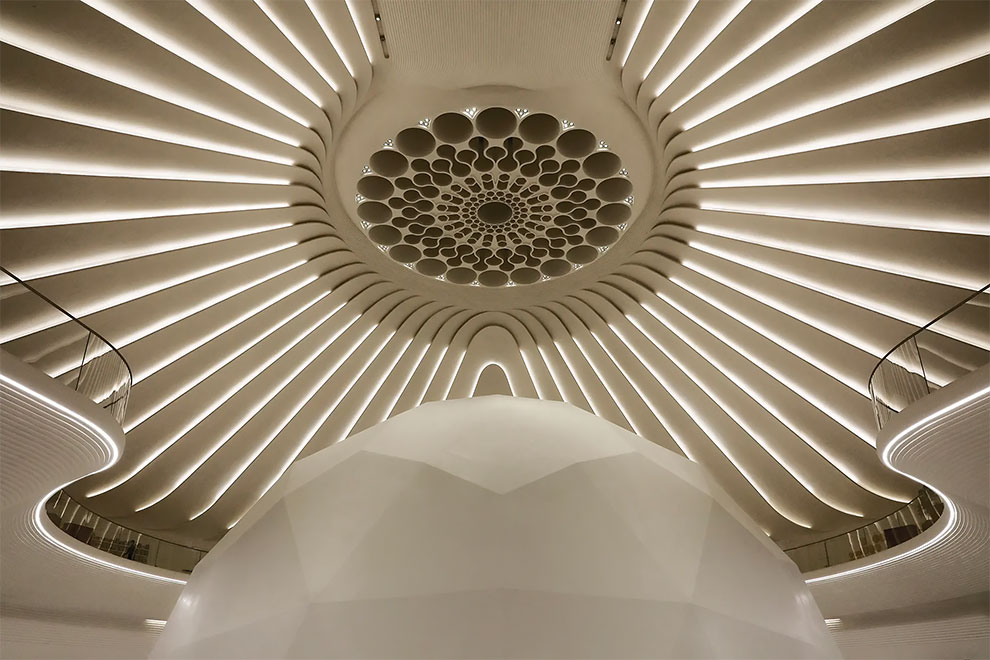 “Designed by the Swiss-Spanish architect Santiago Calatrava for the Dubai Expo. At the centre of the structure there is a sphere-shaped void that serves as an auditorium with a capacity of 200. Its continuum form is a symbol of resilience and of a boundless future embracing a dialogue among different cultures.”

House of God by Roman Robroek, taken in Italy 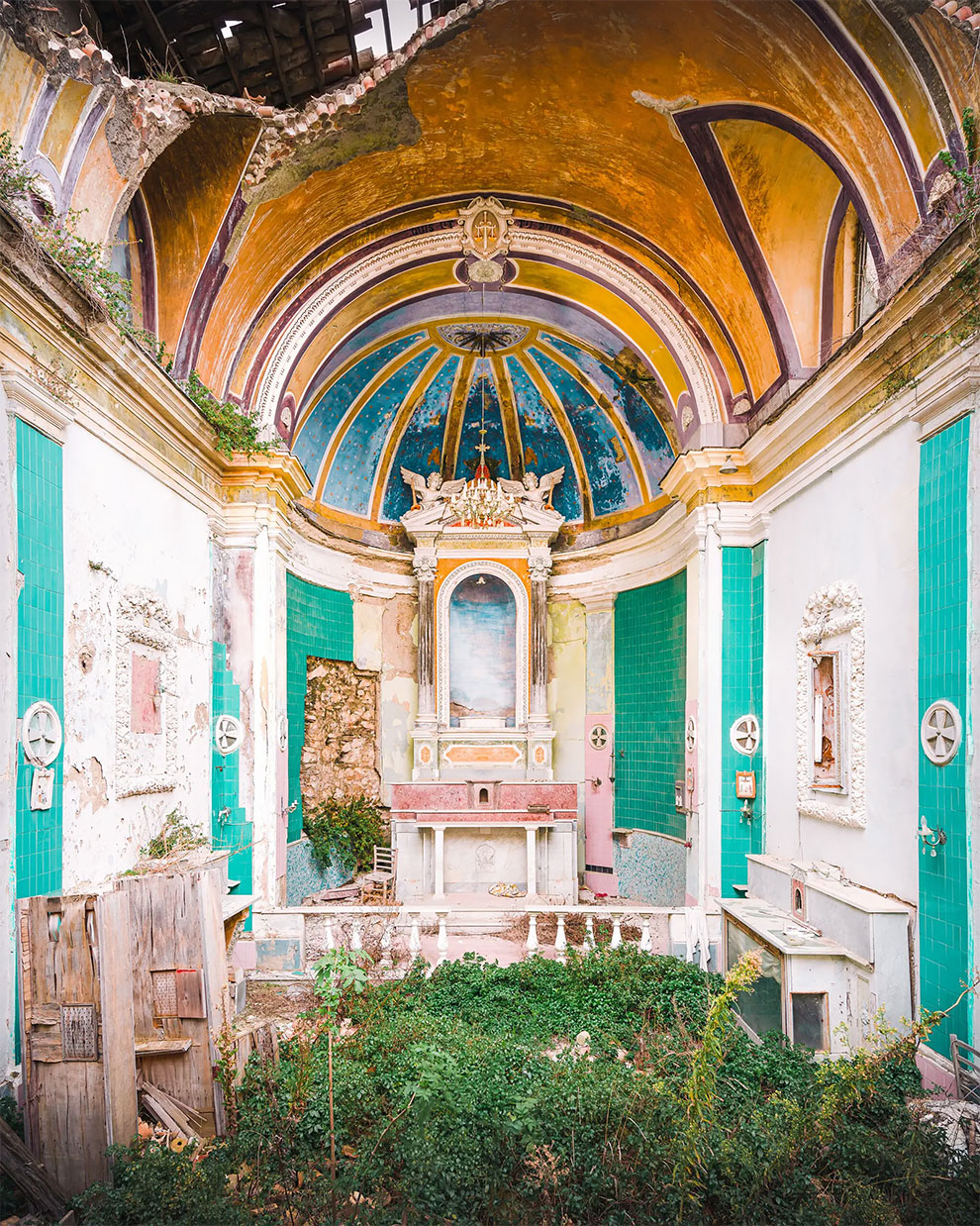 “Little is known about the history of this wonderful church, but the construction of the original structure dates back to the 10th/11th century. The current structure, set on the rocky wall of a medieval village, is from the second half of the 17th century.”

Scholars in a cage, shot by Avallone Vincenzo in Berlin, Germany 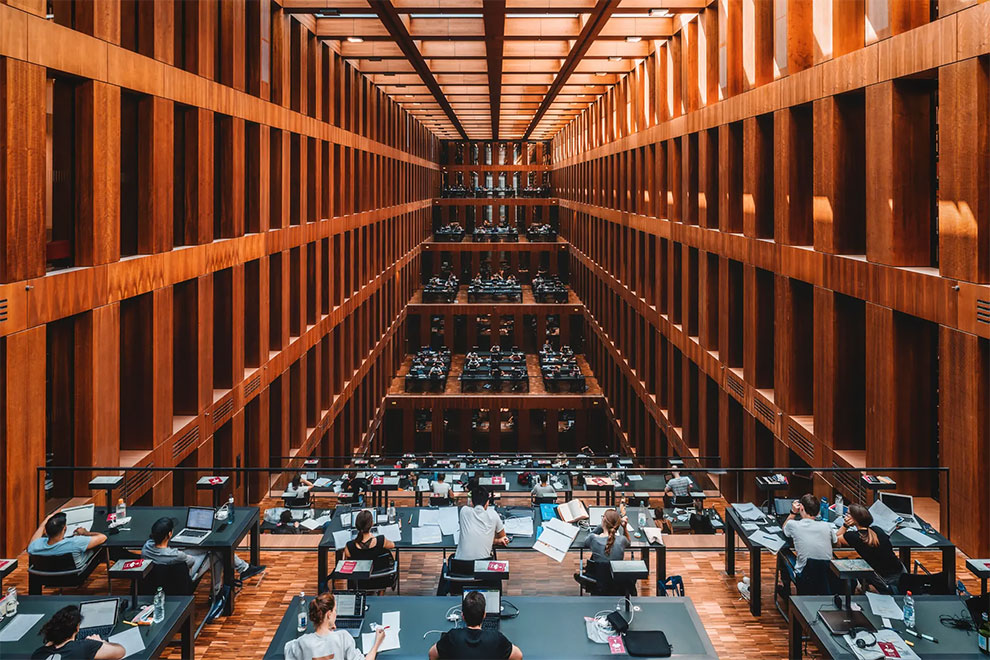 “I took this photo in a recent trip to Berlin at the Humboldt University Library.” 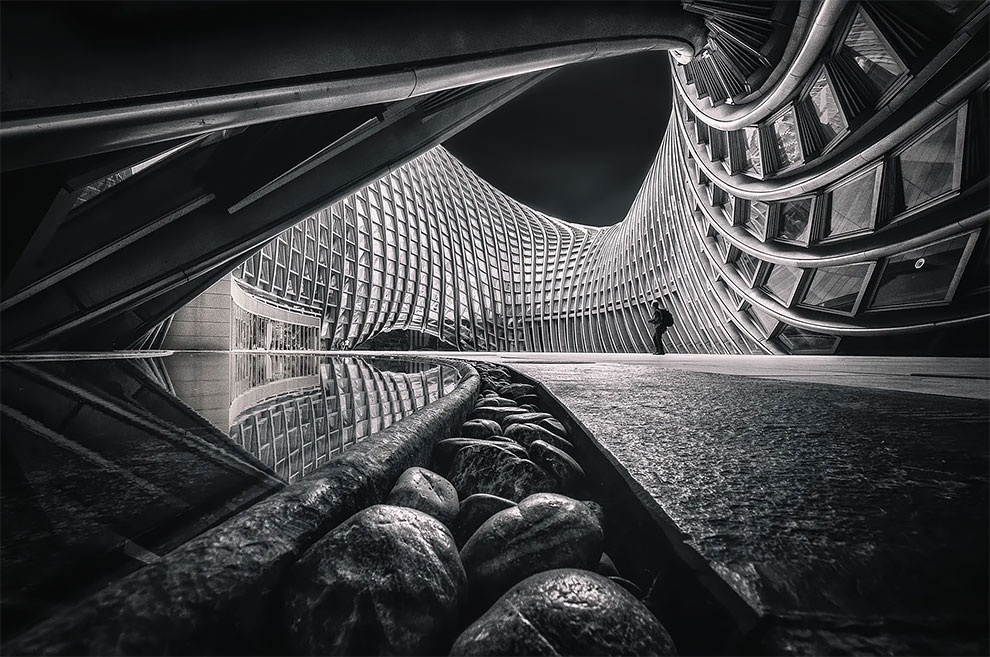 “The exterior structure of the building looks like the dragon bone.”

A mother and her children, by Musa Talasli in Turkey 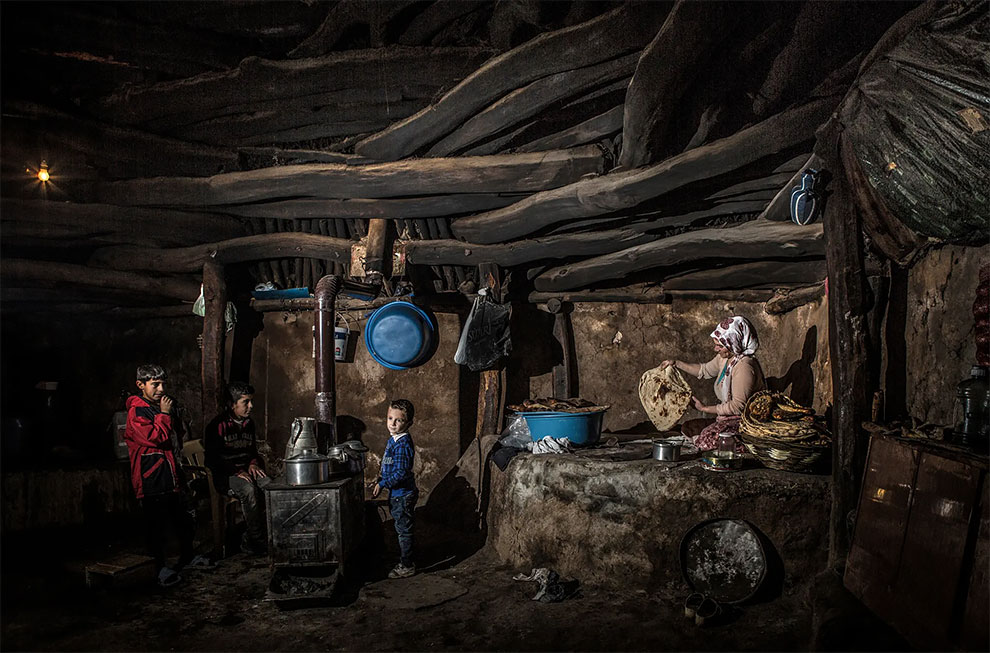 “In her daily life she prepares the bread for her children and for when her husband comes home in the evening.” 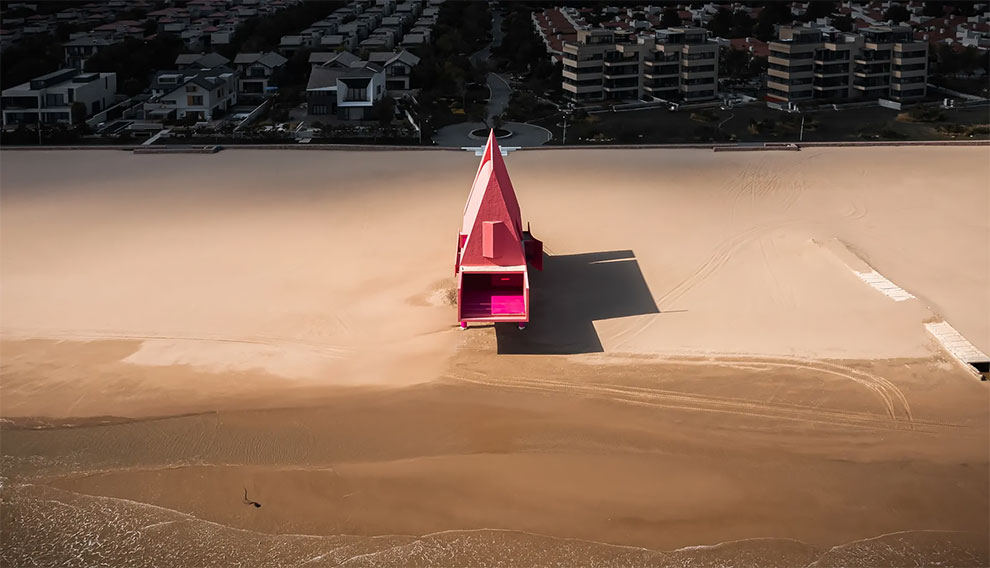 “The entire campus and beach was totally locked down due to the Covid-19 restrictions in China, so it was rare to get a photo of this famous church without any person in the frame.”

A colourful staircase alongside a retaining wall, taken by William Shum in Hong Kong 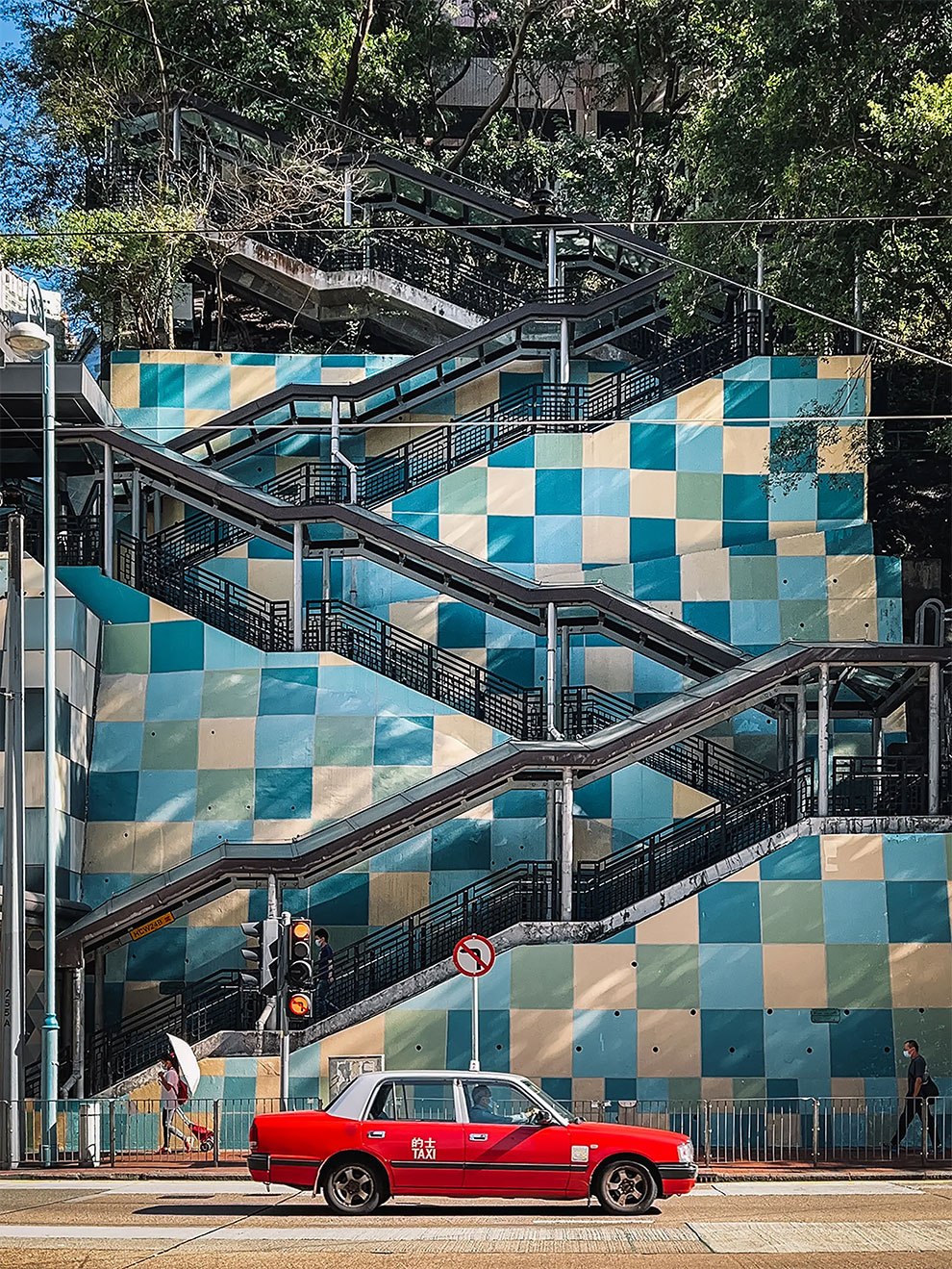 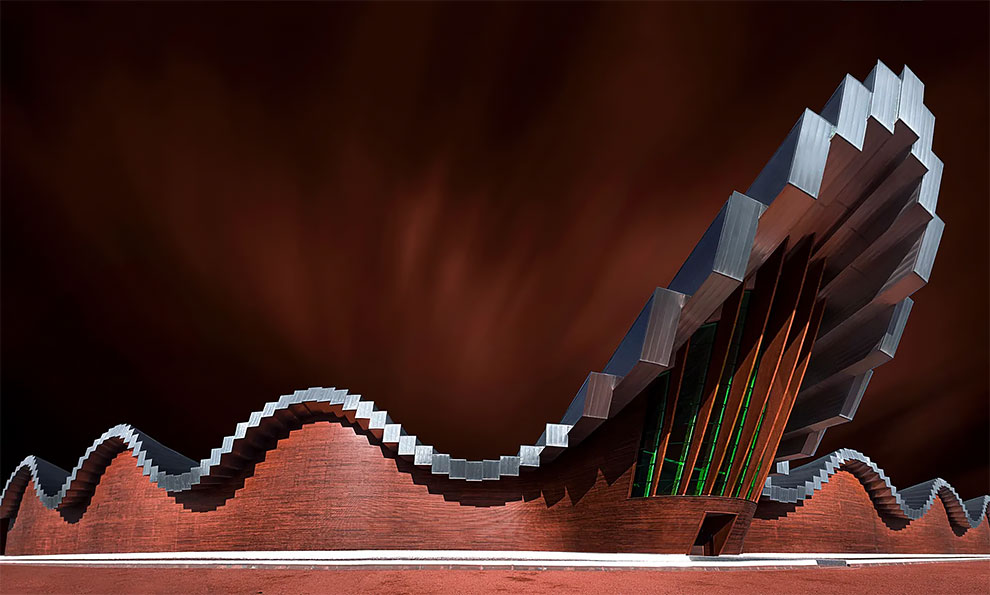 “The Ysios Winery, whose name is a tribute to the Egyptian gods Isis and Osiris, was built on a vineyard of more than 120 hectares. Located in Rioja Alavesa, at the foot of the Sierra de Cantabria, and designed by the architect Santiago Calatrava, in which functionality and avant-garde are entirely at the service of winemaking.”

New vs Old Baku by Les Forrester, shot in Azerbaijan 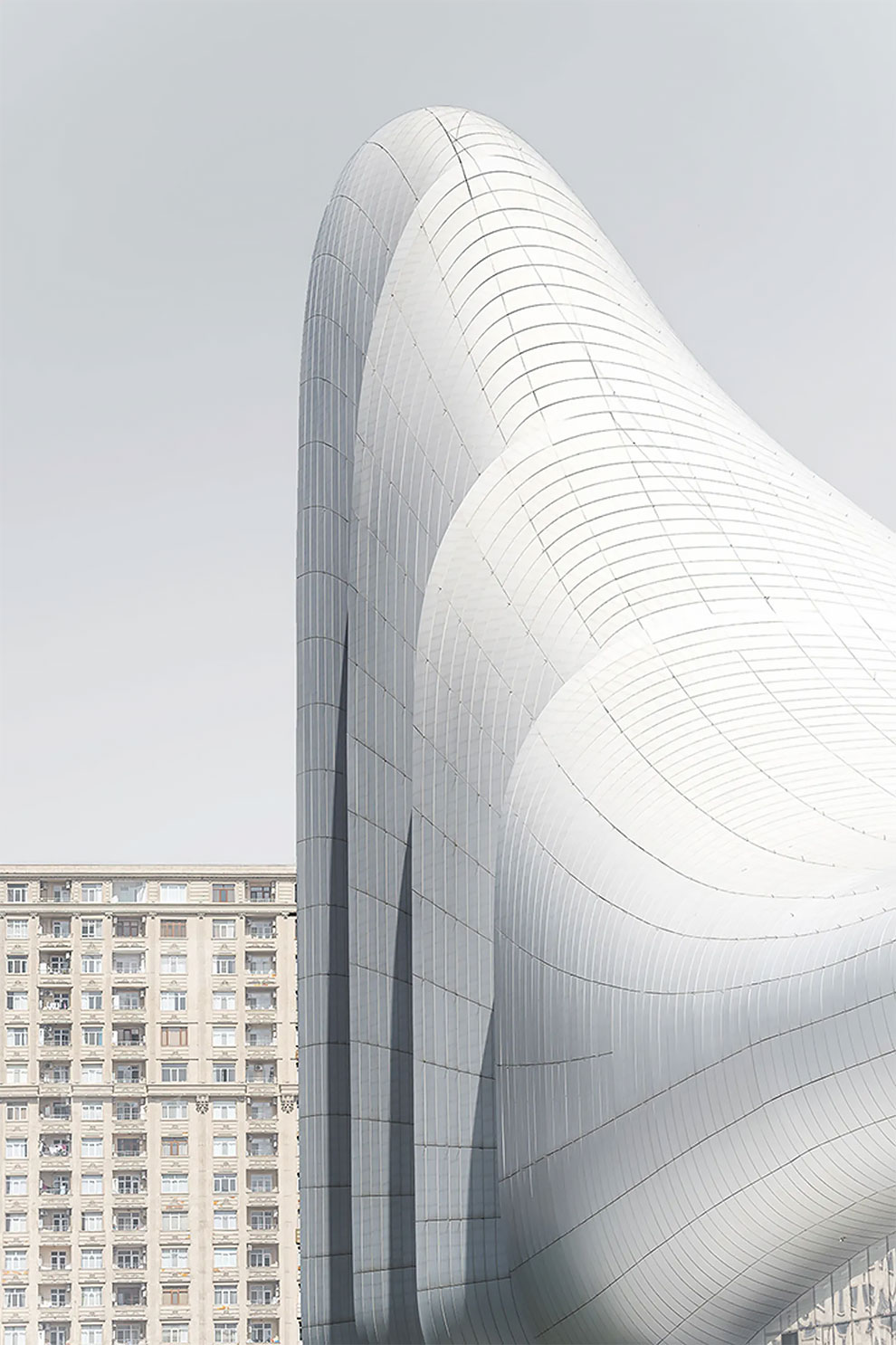 “The new and the old Baku side by side. In the background are the apartments from the Soviet era, while in the foreground sits the contemporary architecture of Zaha Hadid and the Heydar Aliyev Centre.”

A man made forest by Chong Boon Wong, in Singapore 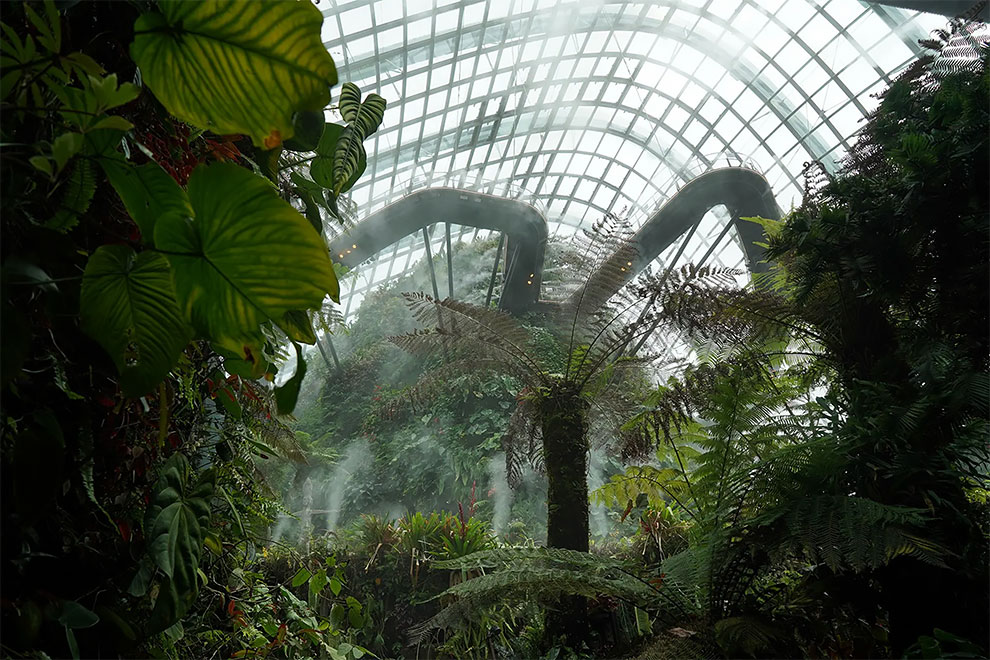 “A man made forest in a greenhouse setting.”

My own little cosmos within reach, by Pati John in the Netherlands 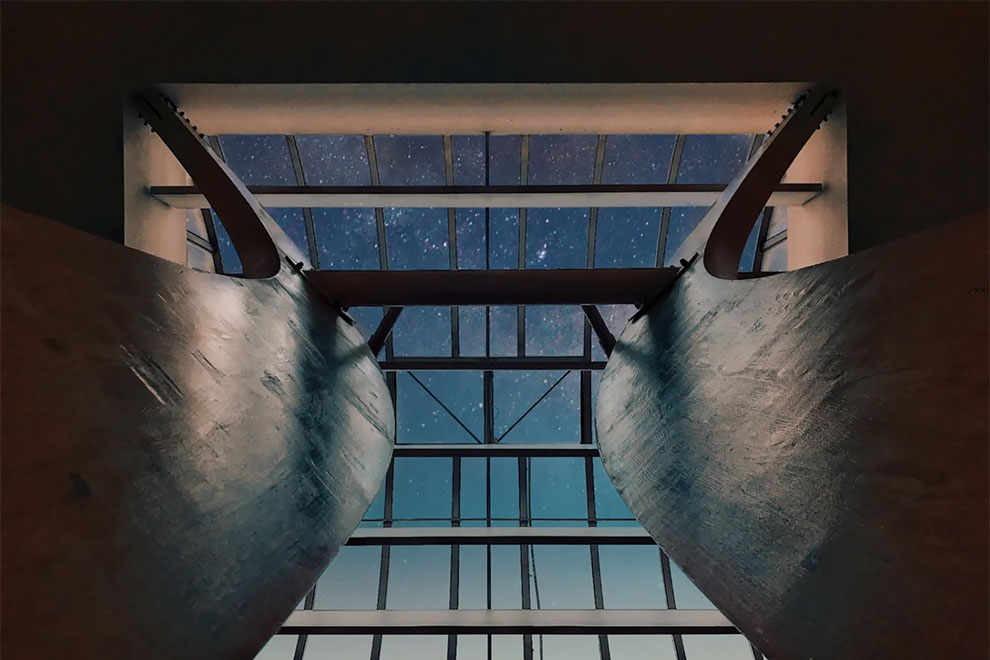 “The unexpected beauty of the elusive nature manifesting the most beautiful Milky Way I have seen – surrounded by amazing architectural symmetry. I discovered this astonishing view looking up while I walked around the mall … it was breath-taking … and so I stayed there for a long time with my tripod and ND filter to capture every detail in my long-exposure shot.”

Girl with the red hat, taken by Helena Georgioiu in Nicosia, Cyprus 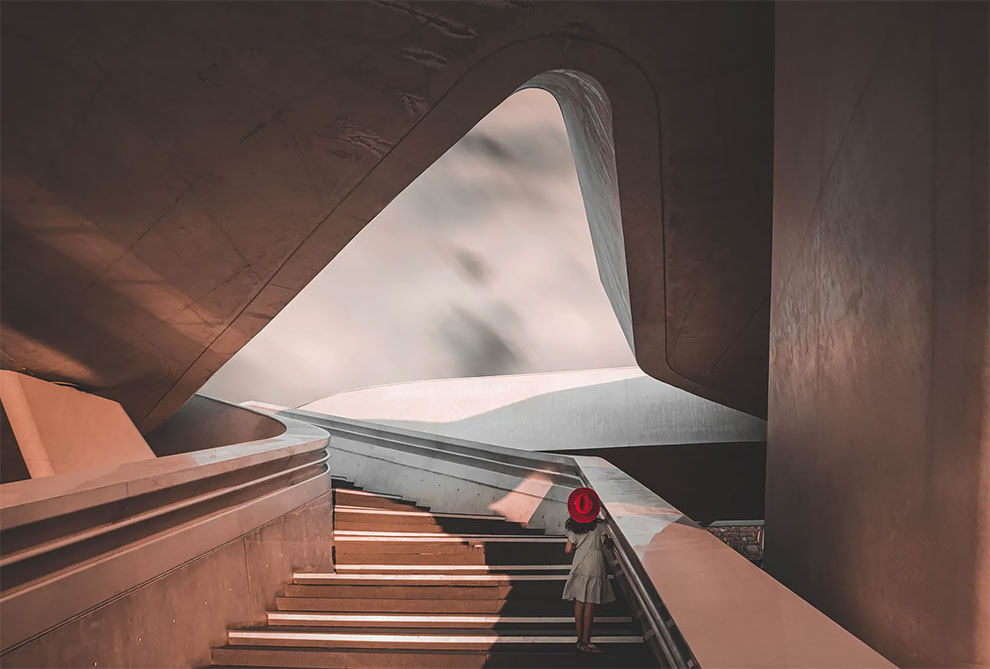 Cinematic And Cyberpunk Urban Photography By Felipe OA
Artist Photographs Workers On The Streets Of Tokyo To Pay Homage To The Proud Work Ethics Of Japan
Our Small World Through The Lens Of Russian Photographer Sergey Maximishin
People Blend Themselves In With Vinyls
100 Homeless People Were Given Disposable Cameras And These Are Some Of The Amazing Results
Close-Ups Of Golden Retriever’s Muzzle By Amateur German Photographer Are The Cutest
Spectacular Winning Images of The Landscape Photographer of The Year 2022
Spectacular Winning Photos Of The British Wildlife Photography Awards 2018
Brutalist Cityscapes Of Shanghai In Stunning Photo Works By Aaron Shao
Our Endless Numbered Days: Absolutely Magical And Beautiful Forest Photography By Martin Podt
PIXERS: Your Walls & Stuff
The Best Photographers Of 2021 FdB Wedding Photo Awards
Winners Of The 2017 National Geographic Travel Photographer Of The Year
A Daredevil Surf Photographer Ben Thouard Captures Stunning Pictures Of The Big Waves
Exploration Photographer Has Traveled Thousands Of Miles To Document The Eerie Beauty Of Abandoned Industrial Locations
Photographer Captures Eerily Empty Shanghai During Coronavirus Outbreak
Royal Society Of Biology Photographer Of The Year 2019: The Shortlist
A Horror–mad Seven-Year-Old Girl Has Ditched Disney Princesses to Recreate Scenes from Gory Films Such as The Exorcist and Chucky
Fantastic Nightscapes Of Finland By Mika Suutari
Stunning Winning Panoramic Photography From The 2018 Epson Panoramic Awards
Visual Artist Damien Hypolite Revisited Assassin’s Creed Locations In Modern Paris
The BirdLife Australia 2022 Calendar is Here!
2015 National Geographic Traveler Photo Contest – May 19 Selects
The Dark And Surreal Photo Artworks Of Ben Ward
architecture, awards, building, contest, finalists