Stunning Photographs From The Inside Of Russia’s Largest Bitcoin Mine 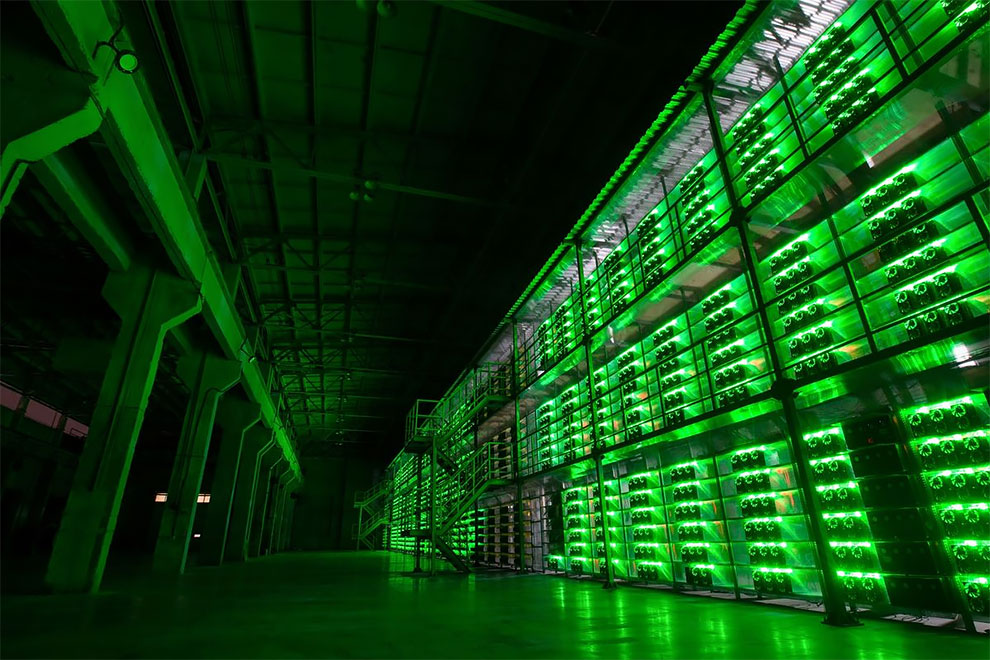 Bitriver, the largest data center in the former Soviet Union, was opened just a year ago, but has already won clients from all over the world, including the U.S., Japan and China. Most of them mine bitcoins.

The company rents a building near the Bratsk aluminium plant. The world’s single largest aluminum smelter was built by the USSR in 1960s along with the nearby hydropower plant as energy is the largest cost in aluminium smelting. 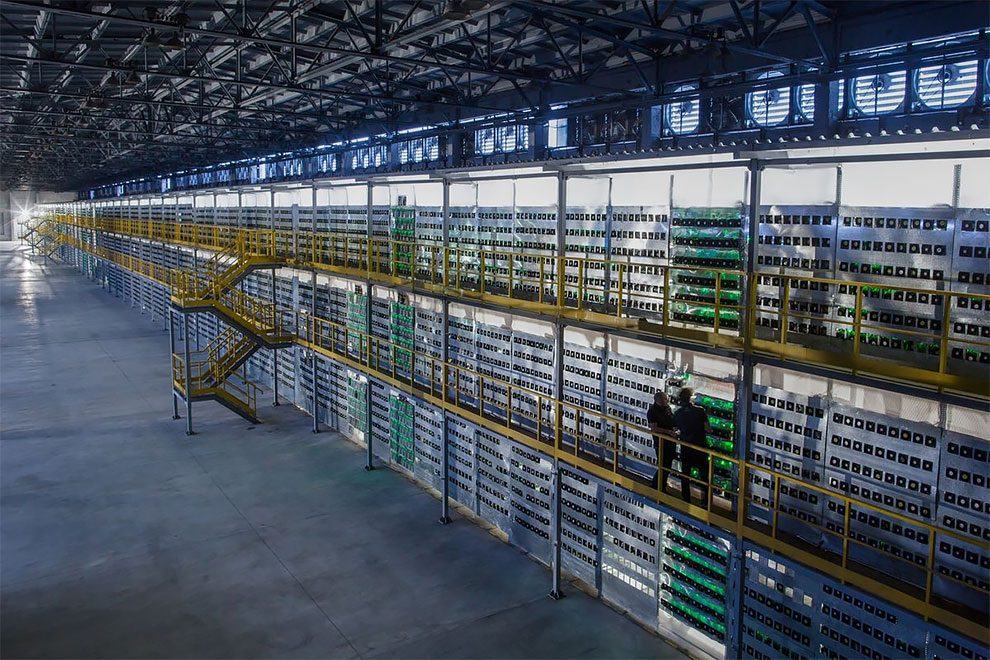 Three-story racks of application-specific integrated circuit (ASIC) devices and power units line the wall of the 100 megawatt mining facility. A bank of large industrial fans run the length of the building, providing essential cooling to the machines as they farm cryptocurrencies. (Photo by Andrey Rudakov/Bloomberg) 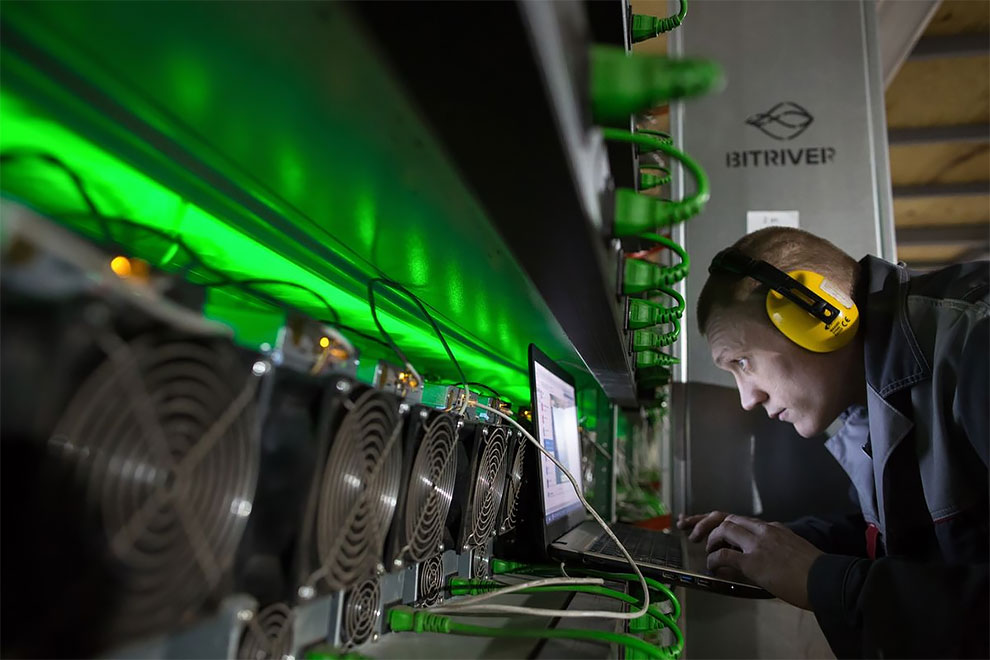 A team of on-site engineers work 24/7 to monitor and perform routine diagnostics on the application-specific integrated circuit (ASIC) devices and power units. They wear hearing-protection devices to guard against the noise of the mining rigs and cooling fans. (Photo by Andrey Rudakov/Bloomberg) 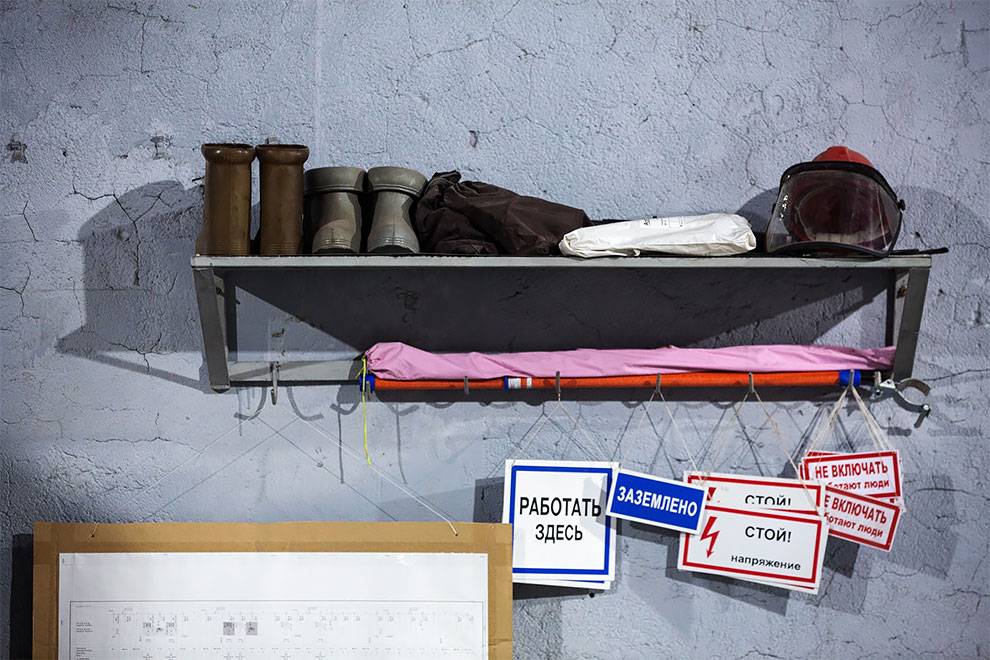 As the number of cryptocurrencies and tokens multiply—they now reach into the thousands—Bitcoin remains the best-known, time-tested and valuable. (Photo by Andrey Rudakov/Bloomberg) 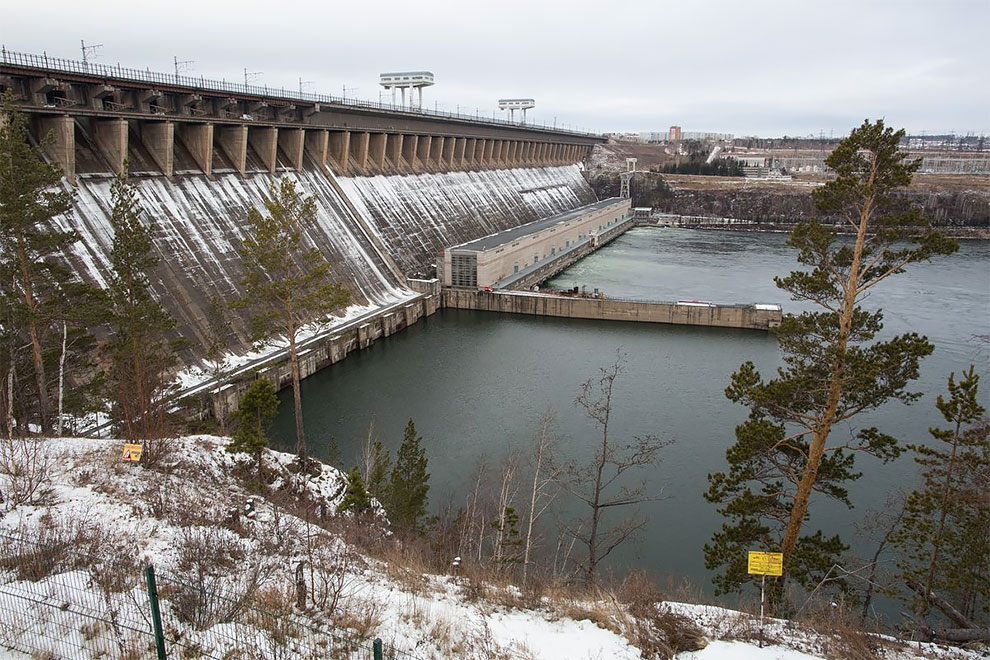 The Bratskaya hydropower plant on the Angara river. The hydropower generated electricity in the region is amongst some of the cheapest in the world. (Photo by Andrey Rudakov/Bloomberg) 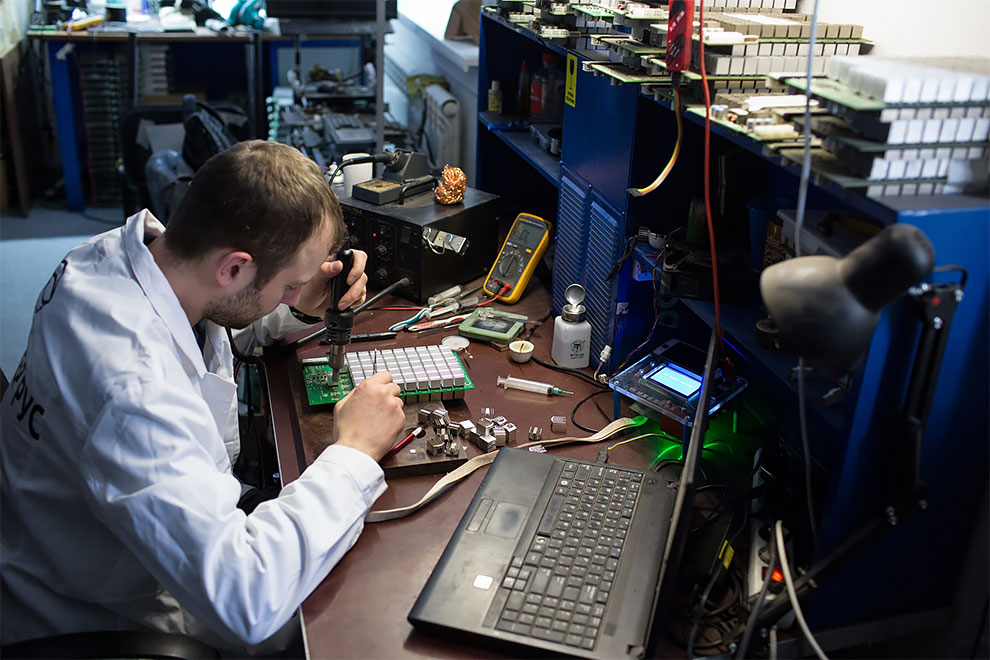 An on-site technician carries out repairs to mining hardware. Bitriver says all its technicians are both trained and certified by Chinese mining hardware giant Bitmain and Innosilicon. (Photo by Andrey Rudakov/Bloomberg) 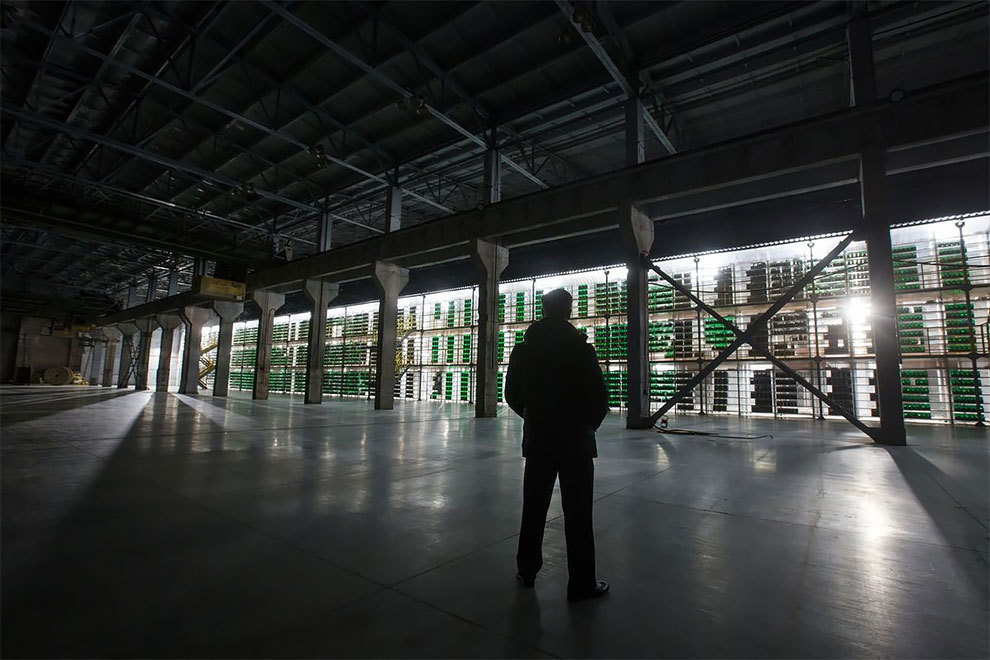 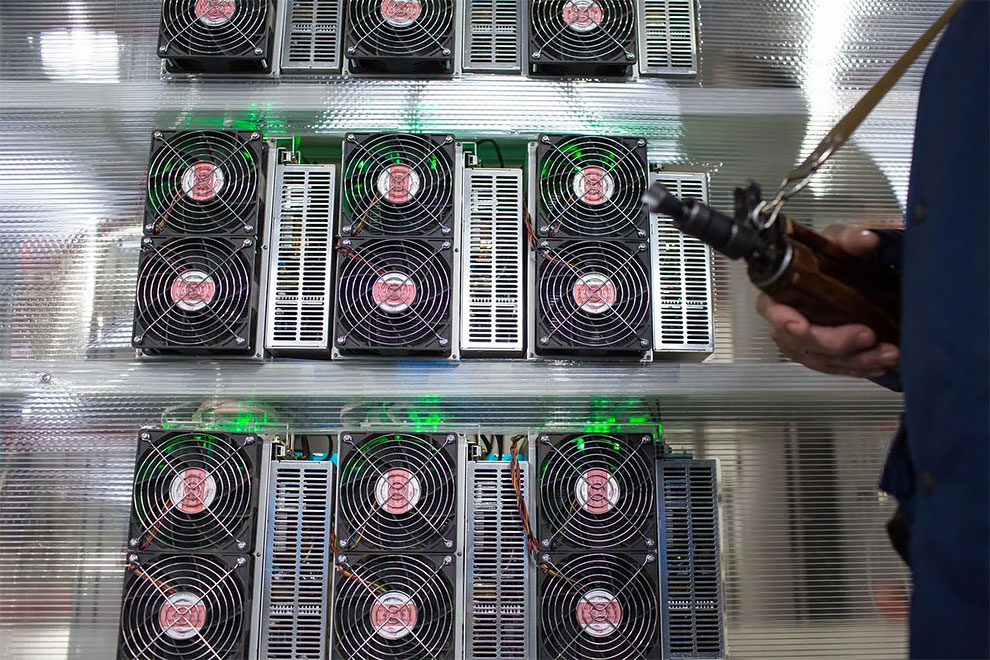 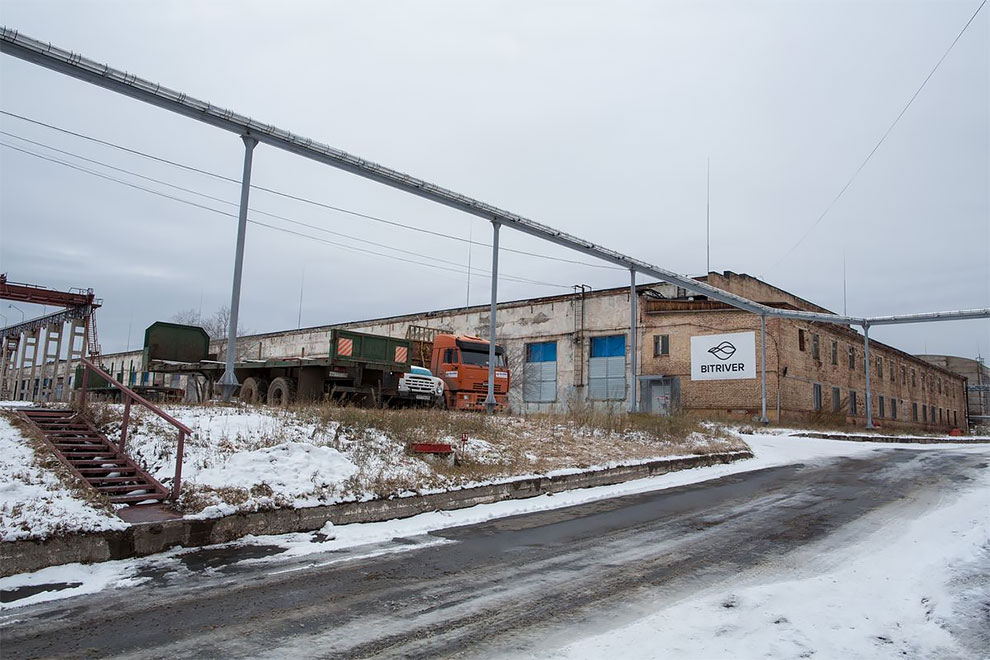